Have we come to a consensus on the best colour to use for the widow’s tears Tie helmet details? RS seem to go with a silver, whereas the OG prop (perhaps due to the intervening 45 years) is more of a flat basic grey. This is also more how it looks to me in the film, but grey being the tricky bugger that it is, I’m having a hard time figuring out which route to go. My first thought was the Humbrol grey used on the stormtroopers, but that would be way too light. I tried a Tamiya German Grey but I’m not so sure… 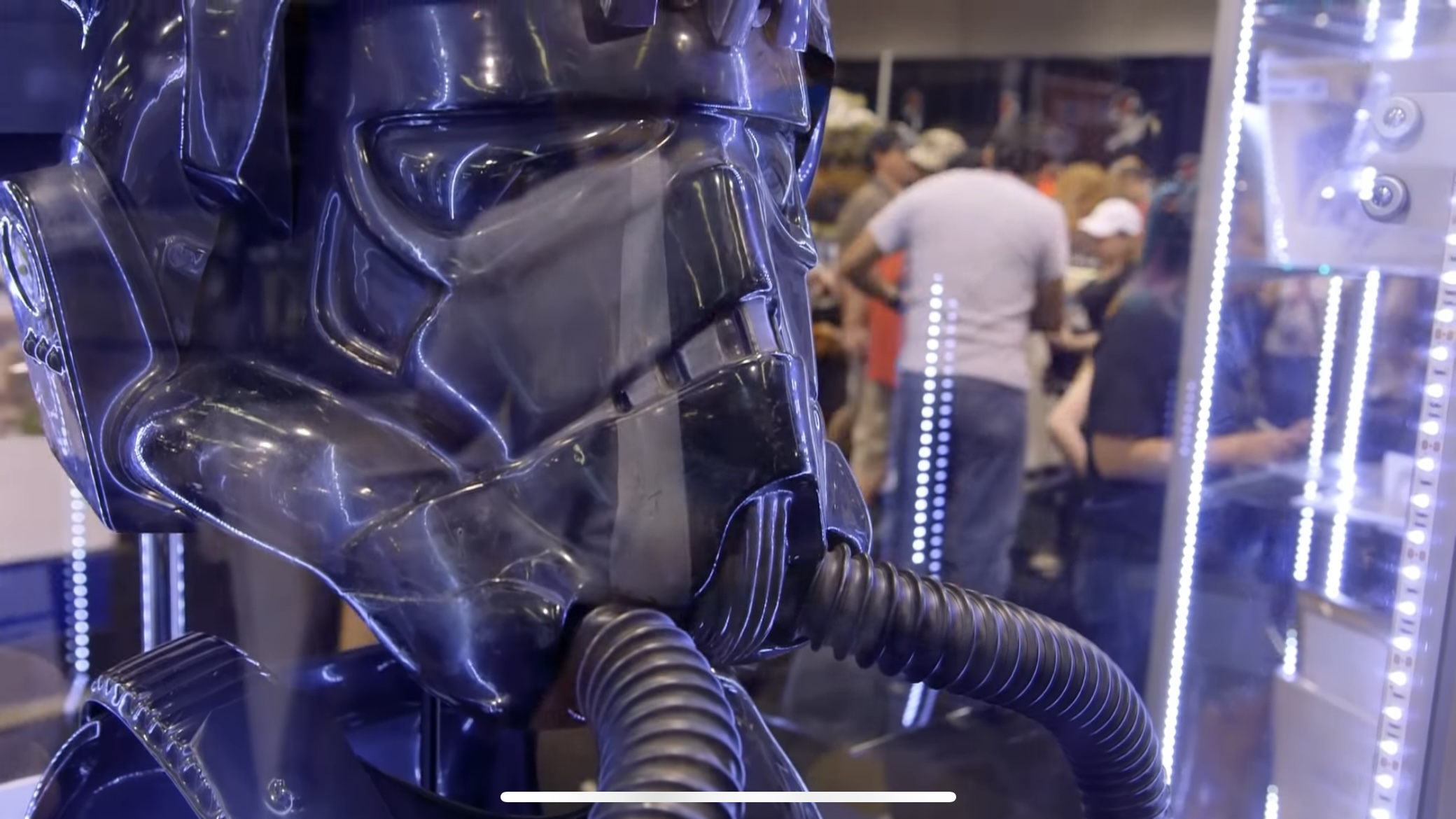 If you're asking specifically about the "widow's tears" hero, I haven't seen any photos of the original, only the screenshots, which are too poorly lit to be 100% definitive. It does seem that a metallic gray color was used on some of the heroes but others had detailing in a brighter silver/aluminum. Range is illustrated well here:

Peraonally, my preference (in the absence of definitive evidence to the contrary) would be for a dark metallic gray similar to the highlights on Vader's helmet. This would track with known referencces (looks nearly black in low light, nearly silver when brightly lit) and also follows the same logic of the filmmakers - adding some subtle visual contrast after realizing that black on black didn't photograph well in the sets with lower ambient lighting

From the linked helmet page concerning one of the other screen used helmets.

highlighted paintwork is a graphite colour in appearance rather than "silver/grey" which we previously thought
Click to expand...

The distressed weathering on the cogs was interesting - from the looks of it the costuming guys seemed to have gone to work on it with something like wire wool pads, with a bit of the graphite paint smudged in.
Click to expand...