Hey! I've spend the last year making a Ciri costume for myself and after much nagging a Geralt of Rivia costume for my boyfriend.
Both costumes were made for the most part out of Leather and cotton fabrics, using the Cosplay Guides CD Project Red released as a guide.

I've done most of the sewing and leatherworking on these, where my boyfriend did most of the glueing and belt sanding for Ciri's sword.

I have some WiP pictures of my Ciri costume to share and I think if there's an interrest I can write up something about how Geralt was made as well.

The Corset was made out of leather with a canvas and haircanvas backing and steel spiral boning; 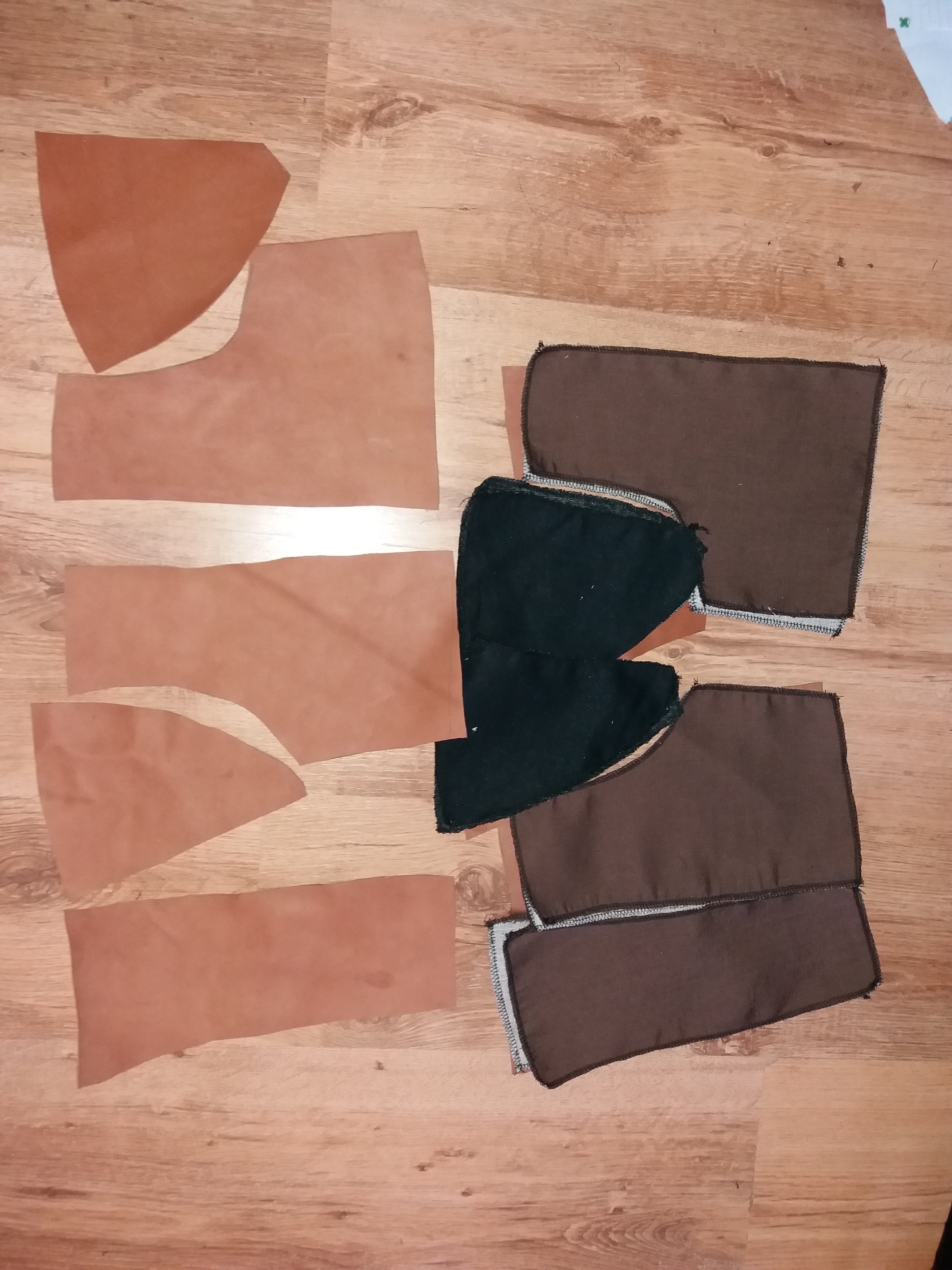 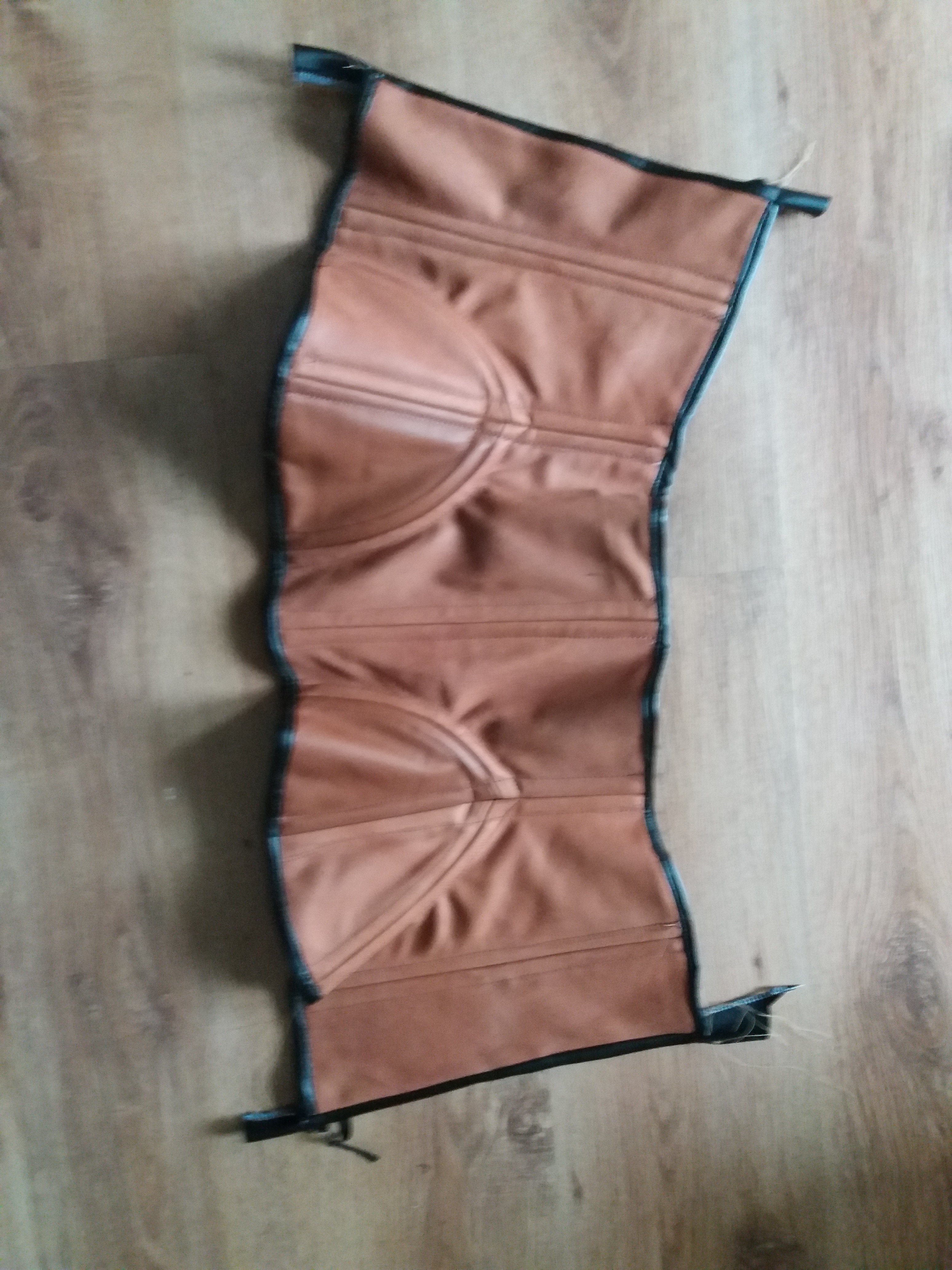 After putting it together I painted it with Angelus Leather Dye to get a more weathered and worn effect.


A friend of mine had 3d printed Ciri's belt pieces, but I wasn't happy with how flat they looked so I cut out the jeweled bit with a dremel and glued that to small pieces of pvc squared. The jewels were made using a clear 3d paint, several blue colours of Warhammer Paint and a darkblue warhammer wash was mixed with the 3d paint to create the edges. The rest of the belt was painted using "Leadbelcher" spraypaint and a coat of Art-deco silver paint. 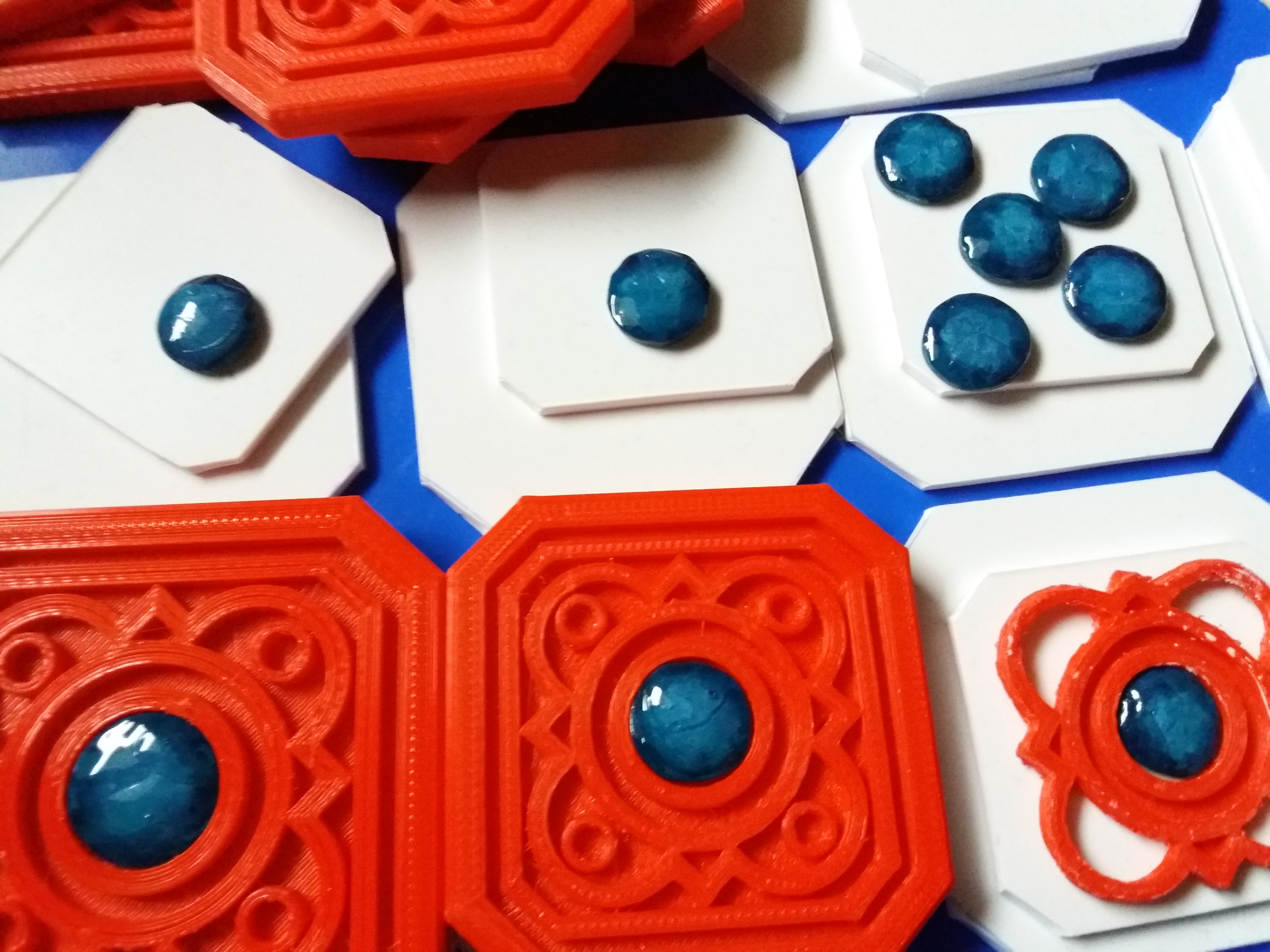 The boots for Ciri were made from leather and a pair of boots I found at a thrift store. Here you can see my totally annoyed I hate glueing face;

After assembly I painted these to have a single colour. 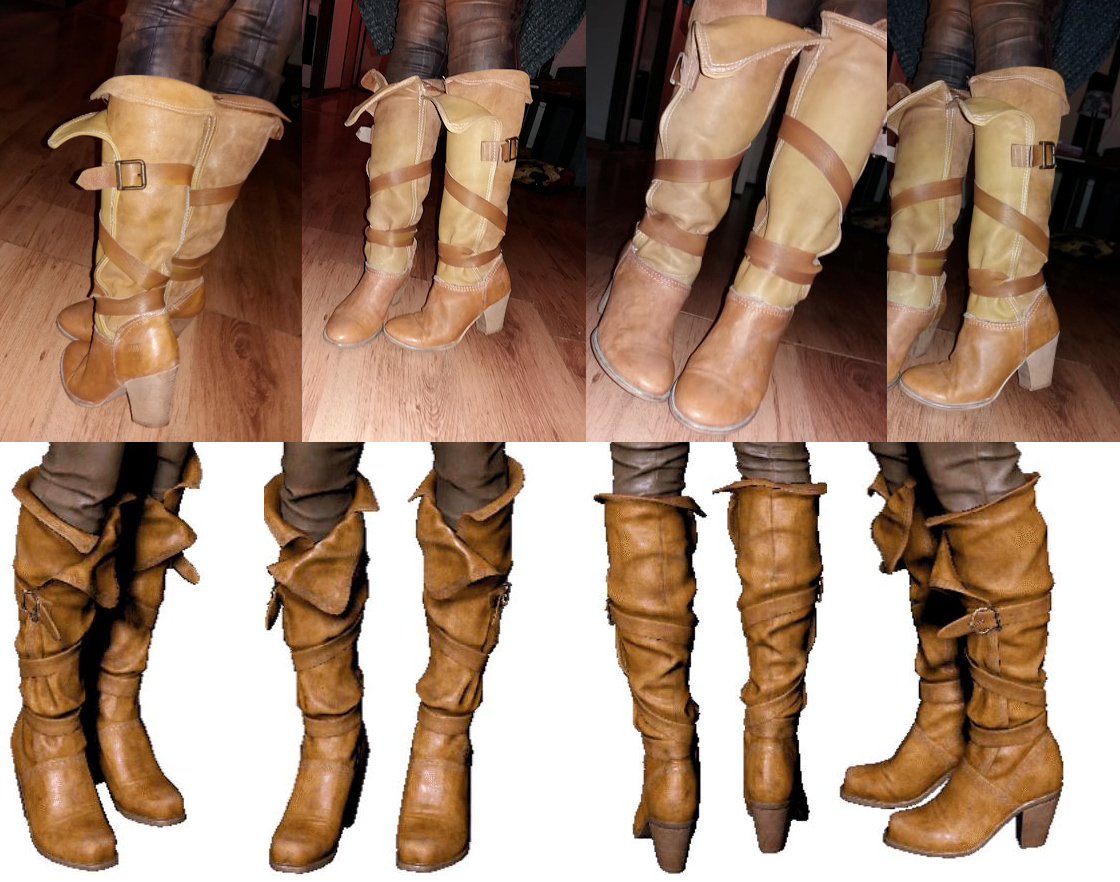 Some pictures of the finished costumes;

That looks fabulous! And as annoyed as you look with the glueing, the boots turned out amazing.

RPF PREMIUM MEMBER
Well done you, these are stunning! I’d like to see some WIP on G, his looks fantastic as well.

Thank you guys! I will try to write up something for Geralt when I have a chance to look for some decent WIP pictures

I'm currently trying to finish my Yennefer costume in 2 weeks to wear for an event.
Instead of using leather for the strips, I opted to use waxed denim as it's easier to work with when it comes to making a trim from it and I wanted to incorporate the same material into the sleeve tabs as the game shows them as being the same material. 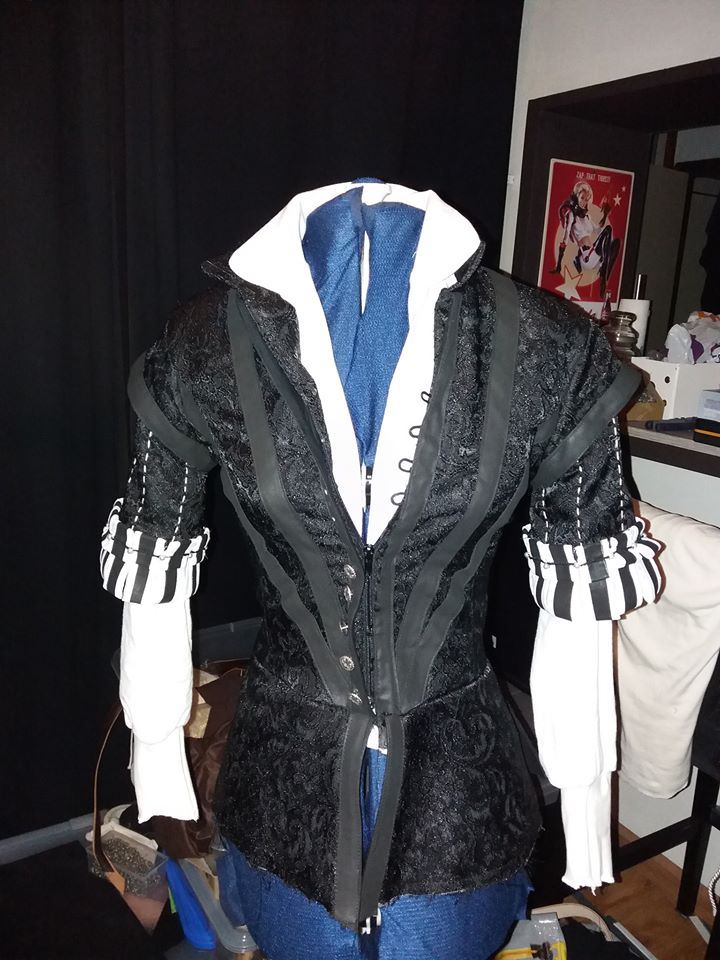 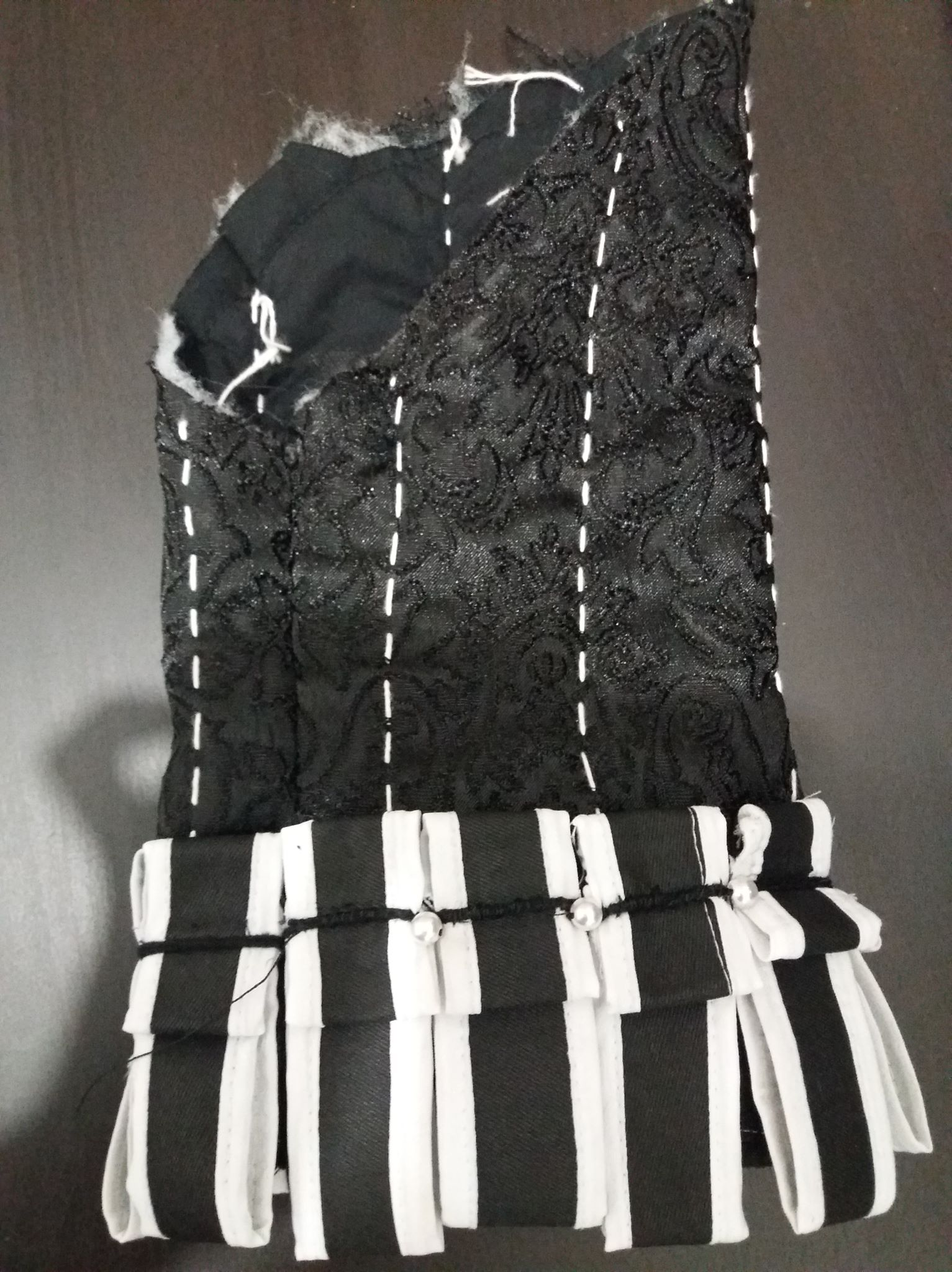 I also recycled another old pair of boots by cutting off the shaft into a boot spat for Yens very high boots. I used some scraps of leather to form the details and the loops where all her boot straps go. I still need to paint them with some Black Angelus Paint into an even colour before I add some small bits of brown weathering I see her have in the game. 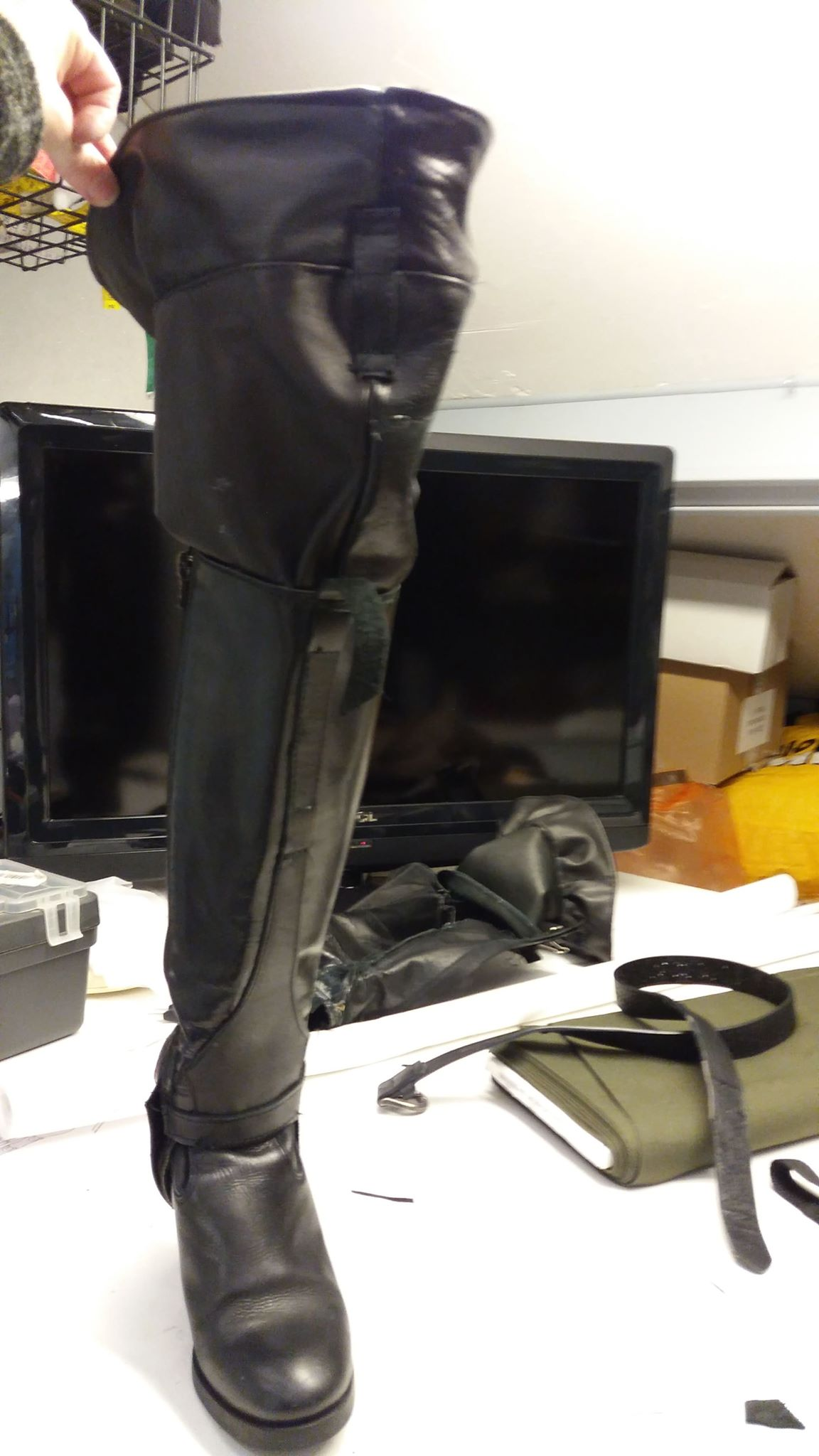 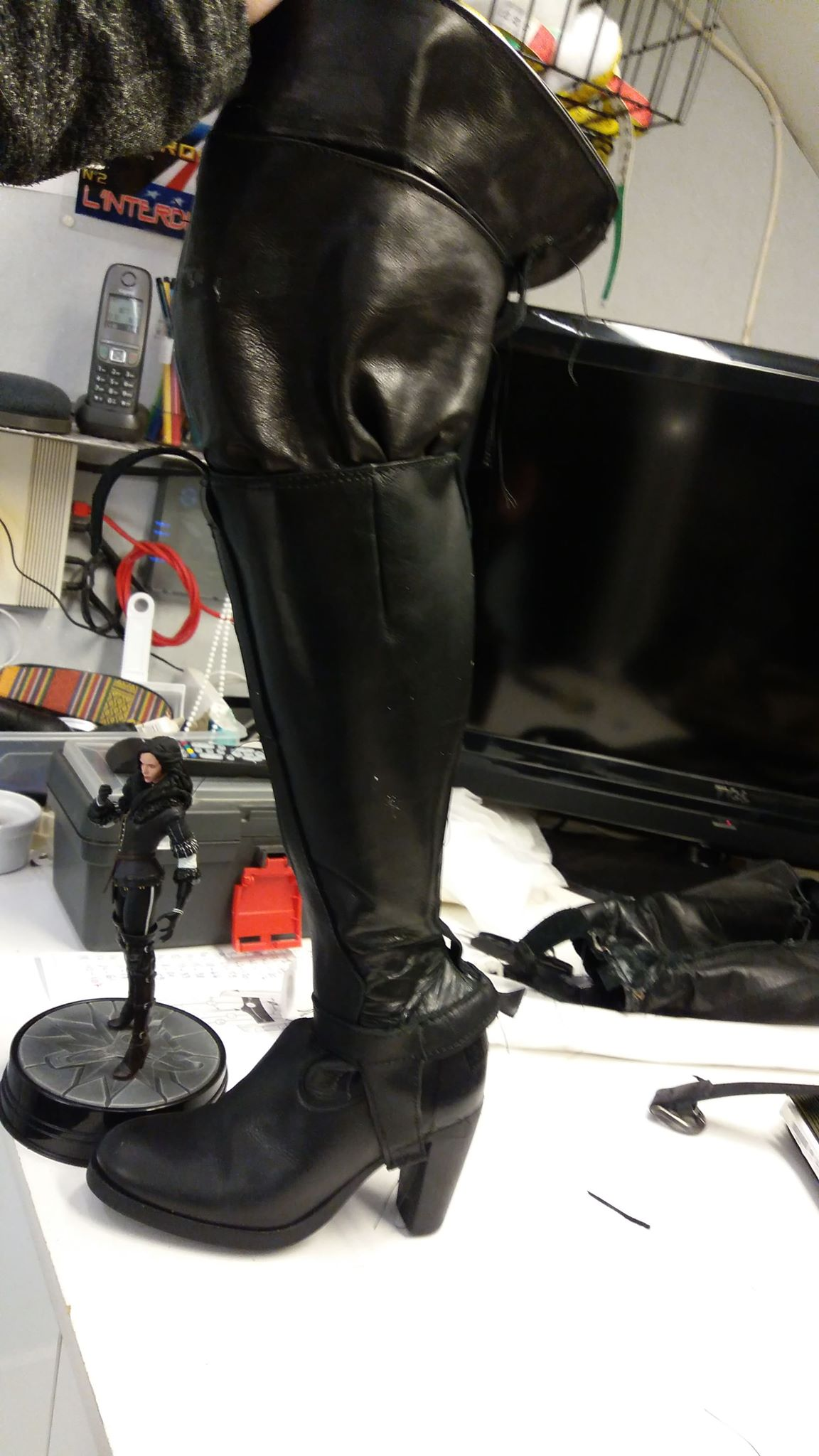 I don't know if this is why you do it too, but I too like to keep a figure of what I'm building next to me when creating. It has saved me more time looking for reference pictures than I care to admit.

It depends on the figurine, for this I found it much easier with a figurine, but for Geralt and Ciri the detailed Cosplay PDF files released by CD Project were a great help!

I did a small test fit of the (majority) of the costume parts to see what I want to change around. The lining of one of the front panels irks me so I'm going to unpick that seem and press the lining again before reattaching it. I do love how the colour of my wig came out when I dyed it, it's a real hair wig I had grabbing dust from an older costume, so I dyed it blue black. Still have to fix the rest of the strapping and sew lining by hand, not my favourite thing in the world. But yay! Progress! 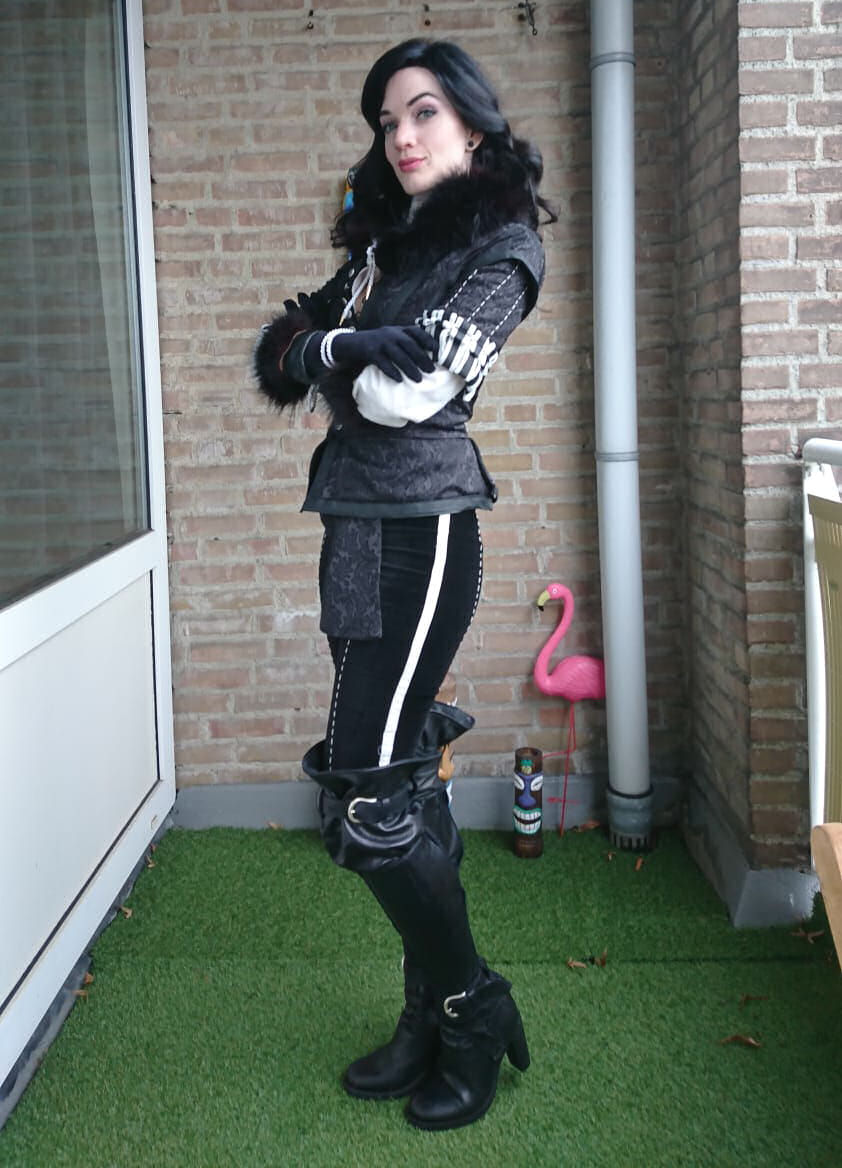 Half-Life 2 Metrocop, been planning this one. [PIC HEAVY]
2