SOOOOOooooo its NEARLY done! Still need to glue on decals and a few greebles and properly test the software.... Also test battery charge and discharge, then its DONE! Only a few days left to go I think

RPF PREMIUM MEMBER
The most beautiful tri-corder I've ever seen.

SOOOoooooooooooooo.....
I was all set to being finished about three weeks ago...
I was doing my final testing with the battery and discovered very quickly the DC-DC boost converter design I was using.... Simply wouldn't work.
It was incredibly unstable and very noisy on the 5V line.
This caused all sorts of problems... After loads of testing on one of the other two boards I had made up, I came to the final conclusion.... There was no way to get that circuit to work. I tried different inductors and capacitors, even a clone of the chip I used (just in case) and all had the same problem.

I thought I had tested this before and it seemed to work at the time, but i guess it was because the current load wasnt high enough to show issues.

Also ive been running off usb power with the tricorder in display mode while doing all the software development work.

I was using the MT3608 which was one I found on some hobby boards I had. I even used one of these hobby boards on the old tricorder. But for some reason it just couldnt run in this new build.

Turns out its a crap chinese chip and known for catching fire! JOY!!!!!

Anyway that didnt work. Soooooo I needed to go back to the drawing board. I had to save the first main build. Even if its going to have a hacked in board.

There was two chips recommended to me. Texas instruments. First was the TPS61023 which also came on a premade mini pcb from Adafruite.
I ordered the board and when it turned up... I hacked it in using the available solder pads left by the original inductor I had on my board.

Well It would run stable at with the voltage going down to about 3.5v, but would again become really unstable at around 3.1v and 3v. This would cause my MCUs to under volt and reset.

The sound system im using would at some brief points trigger its over current I think, and it would reset the line.

The final option I had was the TPS61032 the previous chips bigger brother. This had a little higher input current headroom, and........
After spending 40 quid getting some new parts from america. And spending another couple of days making a home etched PCB, with a QFN footprint noless! I put the new boost board into the tricorder and turned it on.

IT WORKED! it was stable even as low as 2.8v input. It didnt even heat up. It was amazing! Honestly after all this knightmare of the project. THAT PART IS NOW WORKING...... 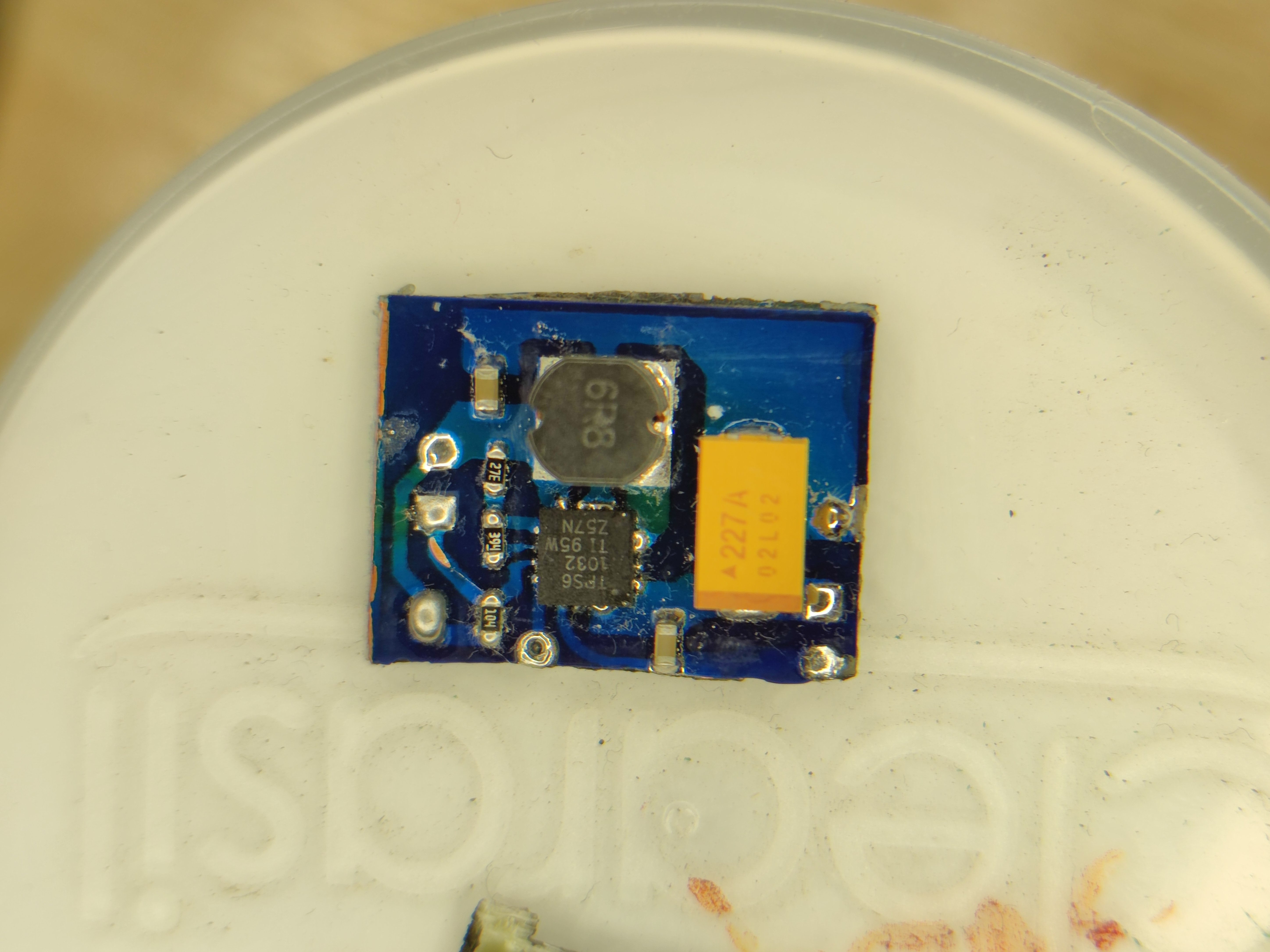 It might look like some of the pads have bridged... but thats intentional, the pads are all connected there anyway. And with this home etched board I felt the bridge would actually be beneficial to a more stable current flow. 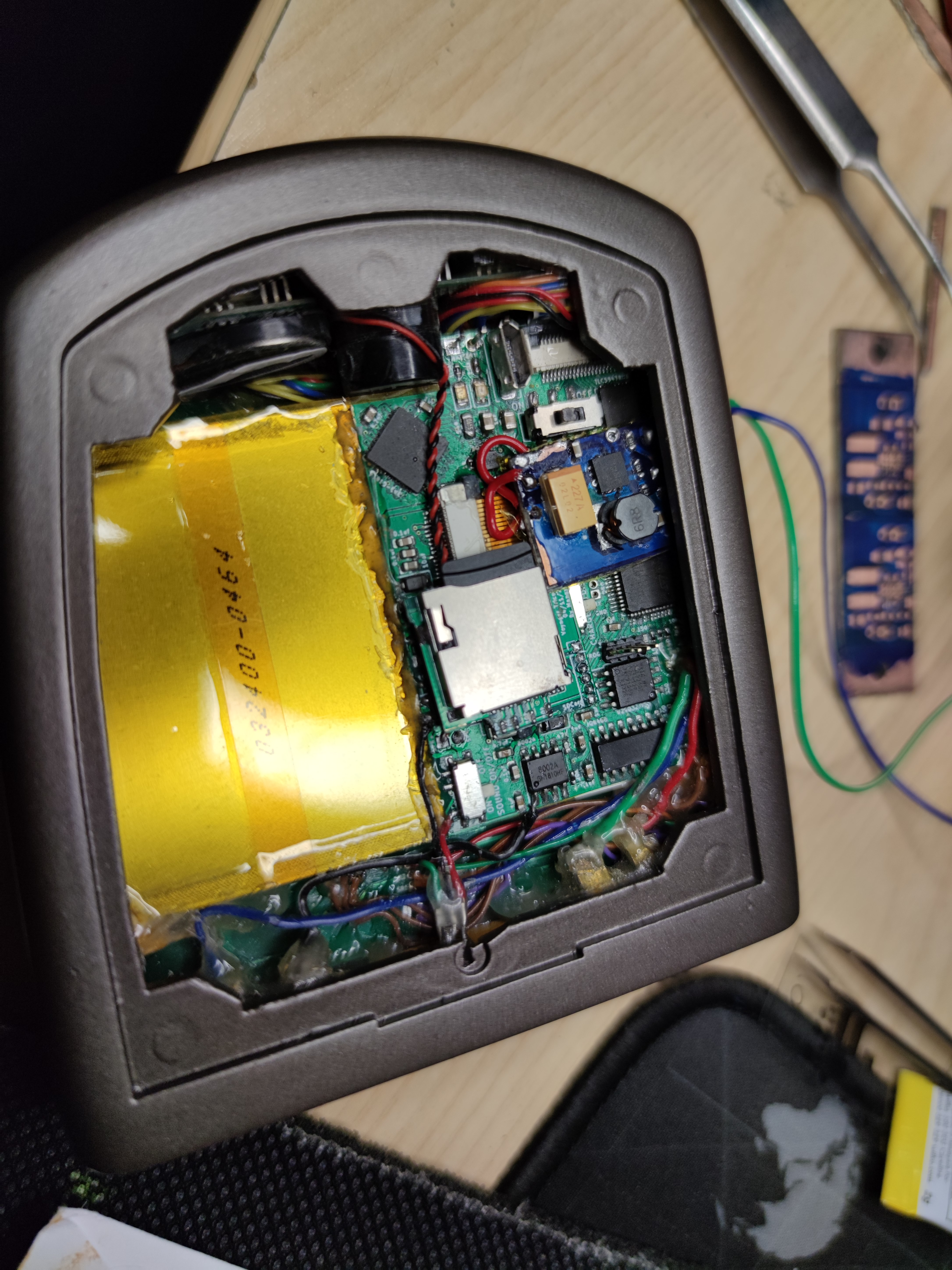 Its also small enough that I can fit it into the tricorder though I might need to slightly alter the closing lid so not to catch on the inductor.

Anyway... I dont want to call it just yet I still need to test this with a battery as I was testing this with the PSU first to control the input voltage.

I need to test the battery to make sure its happy and doesn't catch fire. And also to test the charge and discharge circuits properly. And also to measure how long it lasts on battery power from a full charge.

Ill be making a video shortly after taking a bunch of photos and sending this build off to an exceptionally patient person who's been waiting for this for a LONG time.

I will then start work on some other projects while working on the new PCB revision of the tricorder to build a few more... Ill keep everyone updated on the new tweaked design.

I hope you like this update.... and dont mind the hacky fix 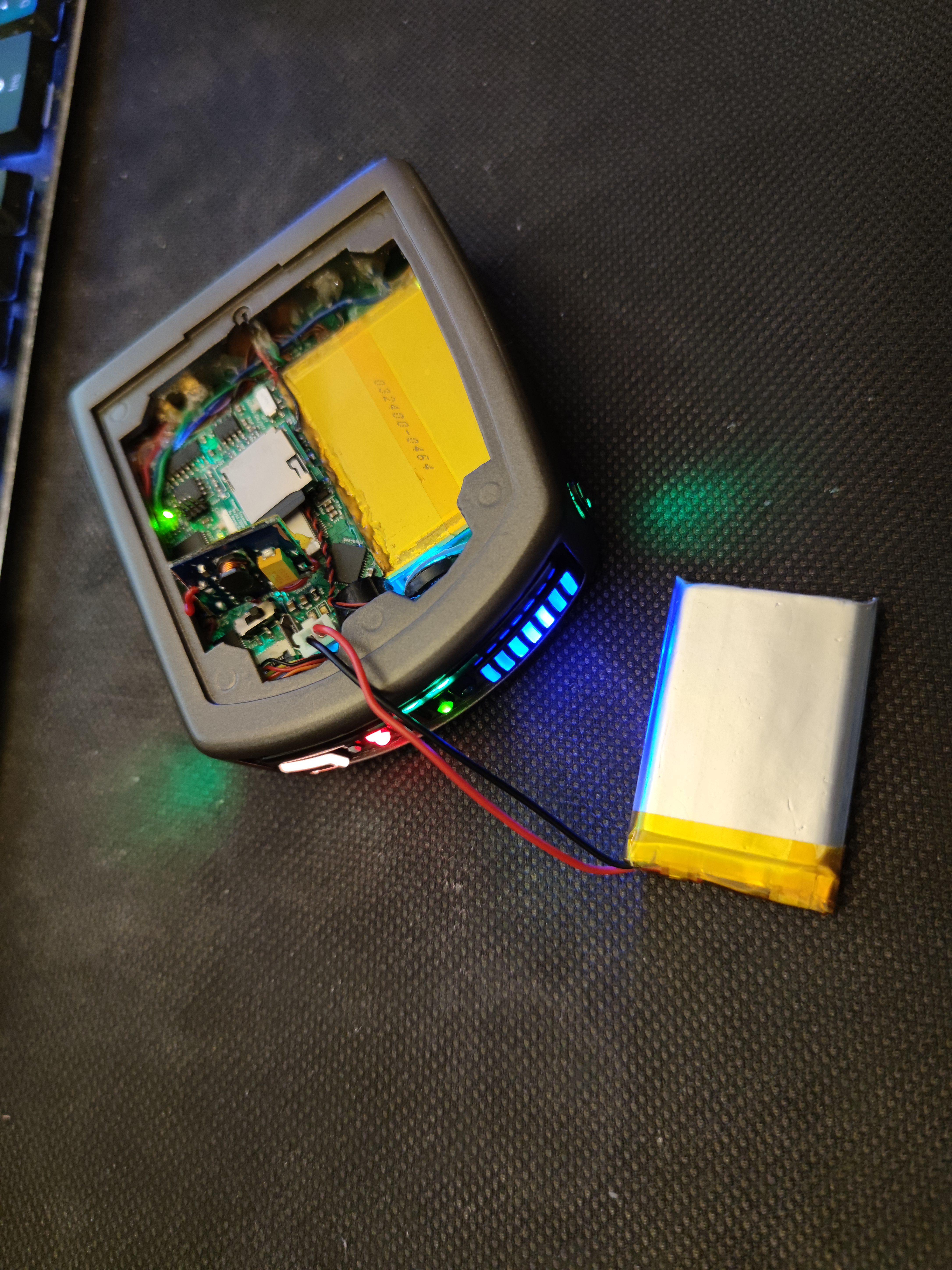 Its running on battery now!
Just doing some final testing before calling it finished!

Well sort of. Im just repainting the back hatch as it has some crazy paving...

Battery is soldered in and everything is working as it should be....

Cleaned up the code a tiny bit tweaked a couple of functions....

Ill will be beginning work on a new video very soon... Maybe even start writing the script tomorrow.

Only Murders In the Building (spoilers)

Are there any Tom Servo vendors left?
2 3