mburkit said:
I created and installed some blinking lights into my Dave P Hero. Seems pretty close to what we see in the deleted scene from RotJ.

Great work! How did you position your snap switch?

thd9791 said:
Great work! How did you position your snap switch?
Click to expand...

It was definitely tough to fit everything inside the control box. I have the switch at the very end. Because it's so close to the edge of the box, I can only really actuate it with a small flat head screwdriver or a blade. The flapper of the switch sits pretty flush to the wall so I need something thing to slide in there. It works though. 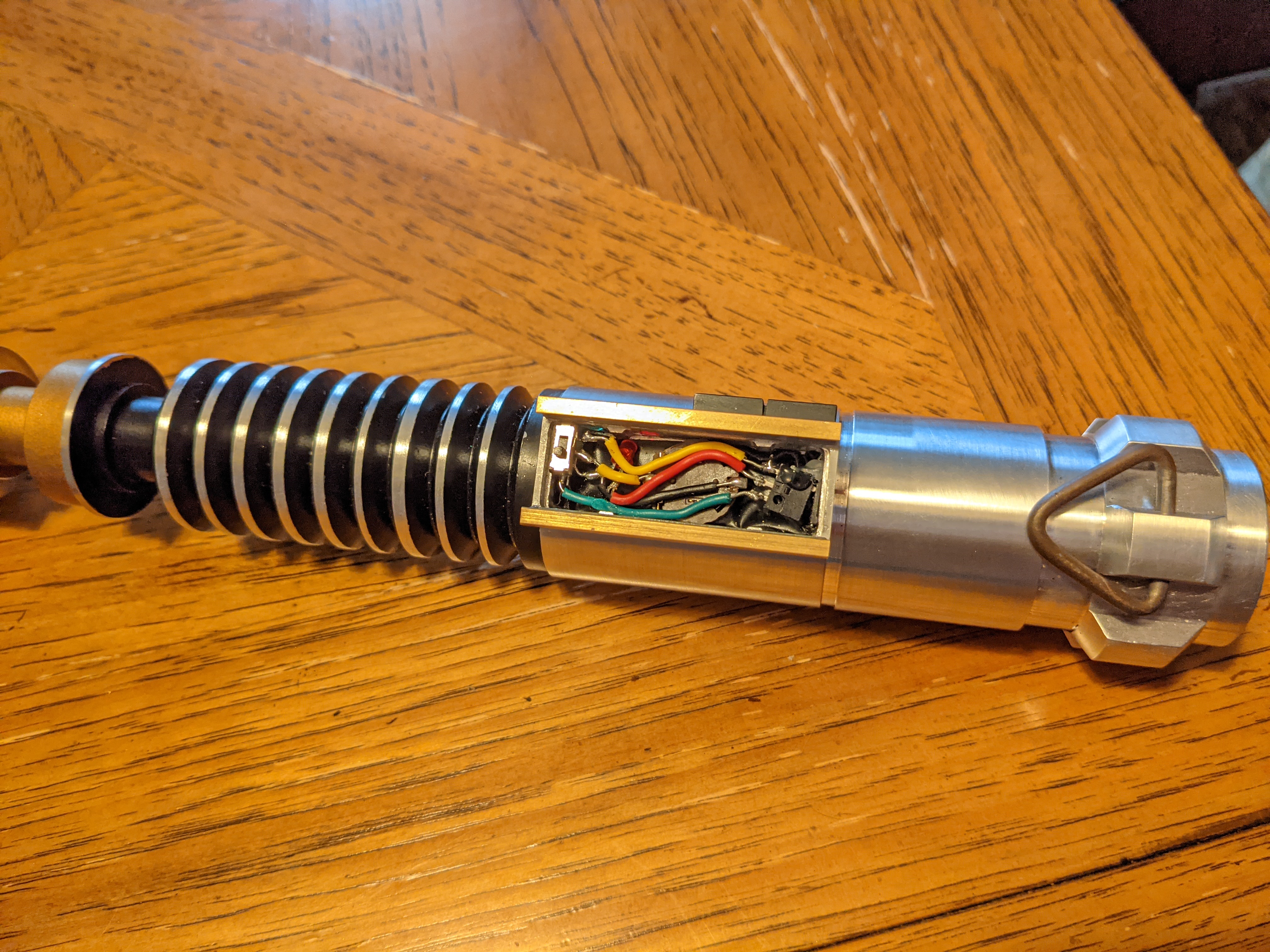 RPF PREMIUM MEMBER
aha! I recognize those components. Here I was trying to use ones closer to 80s size... I see your green LED is under the switch. that makes a lot of sense, I've had trouble squishing both of those together near the front.

thd9791 said:
aha! I recognize those components. Here I was trying to use ones closer to 80s size... I see your green LED is under the switch. that makes a lot of sense, I've had trouble squishing both of those together near the front.
Click to expand...

Yeah, it was a tough fit overall. I originally had ordered a larger momentary switch but I had a real tough time getting it all to fit within the box and under the circuit board. Even with my watch battery holder, I had to grind down some of the parts of plastic on it to get it to fit. It all works though, so I am happy.

Just finished up on this refinish of a Korbanth OWK4 over the last weekend! 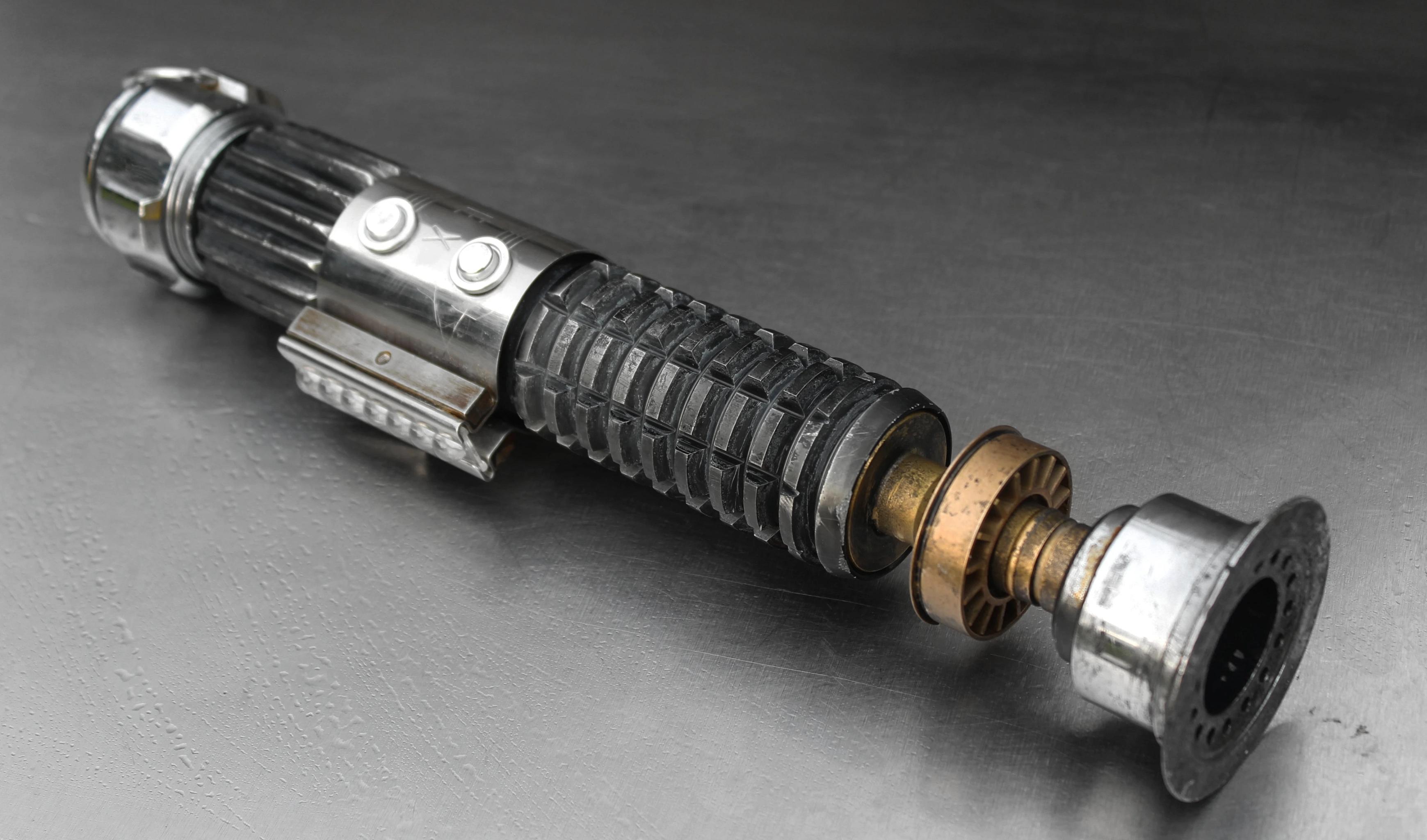 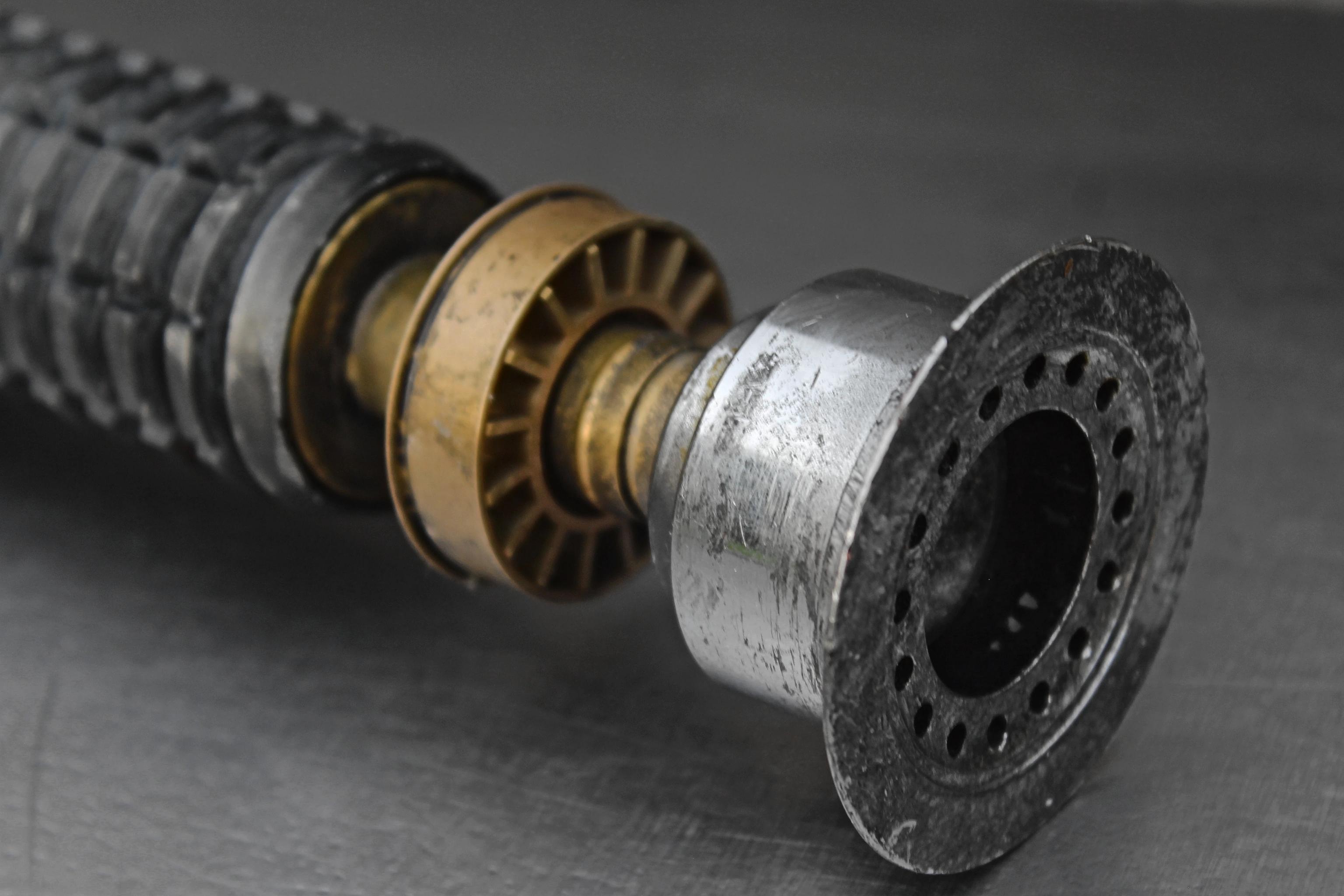 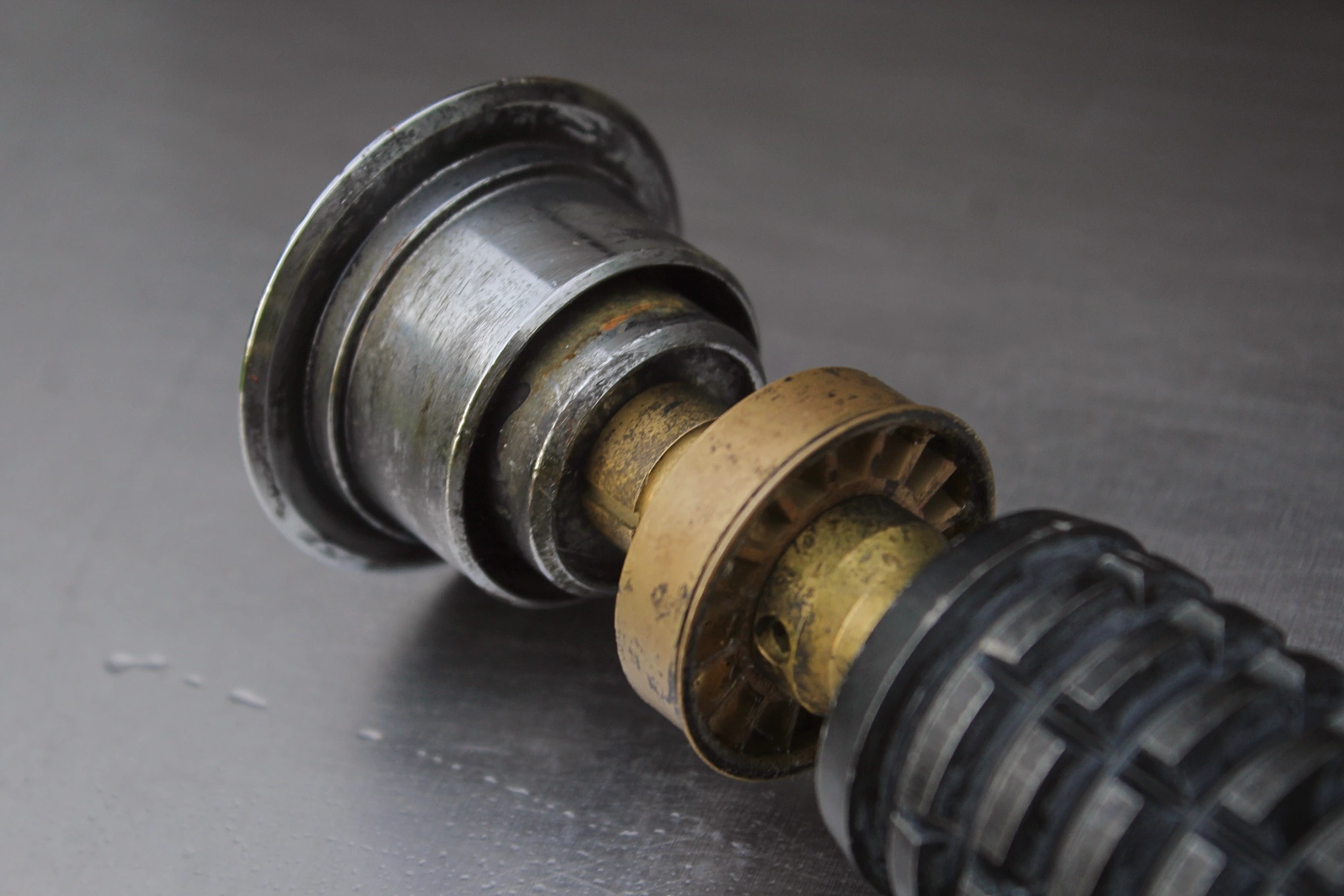 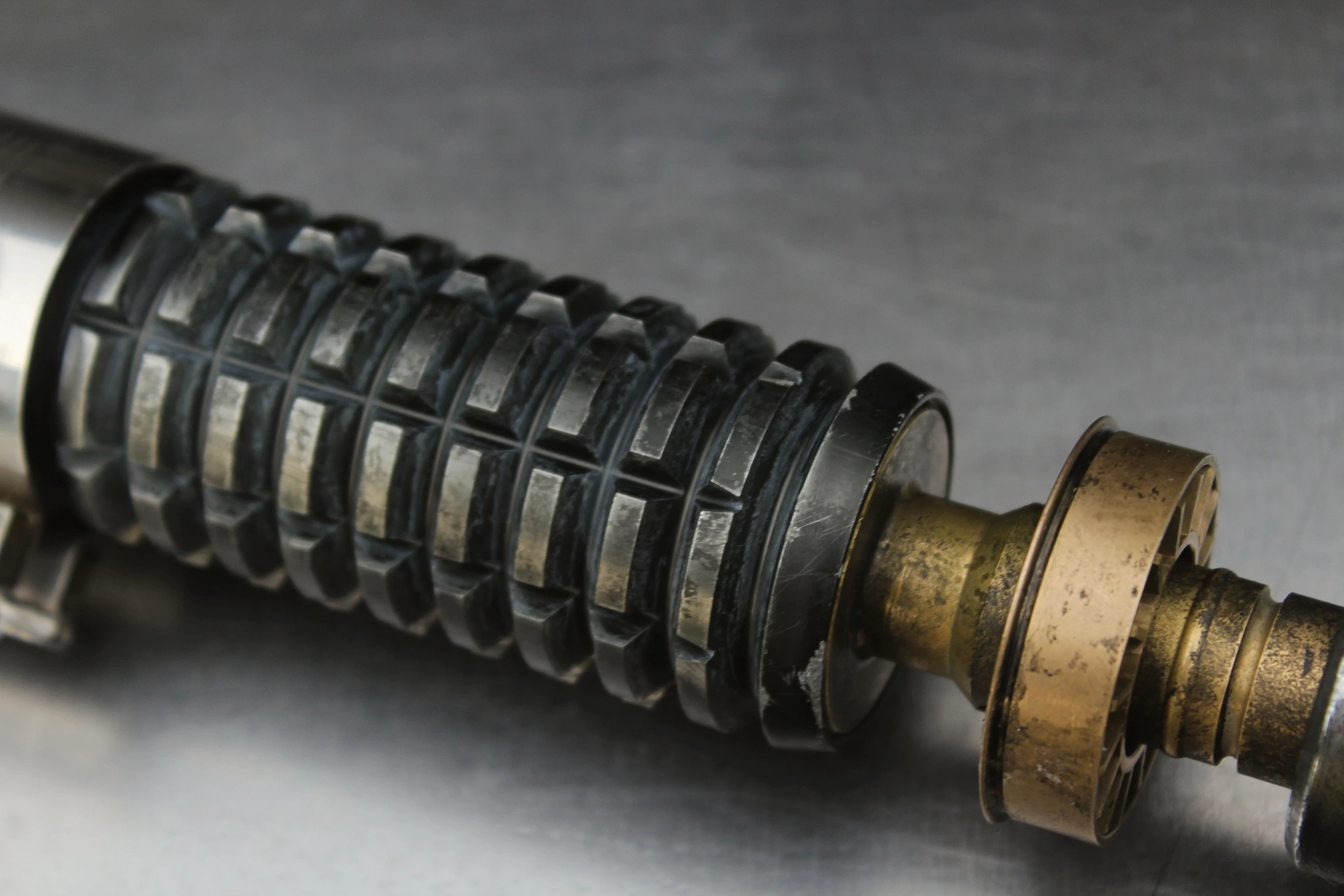 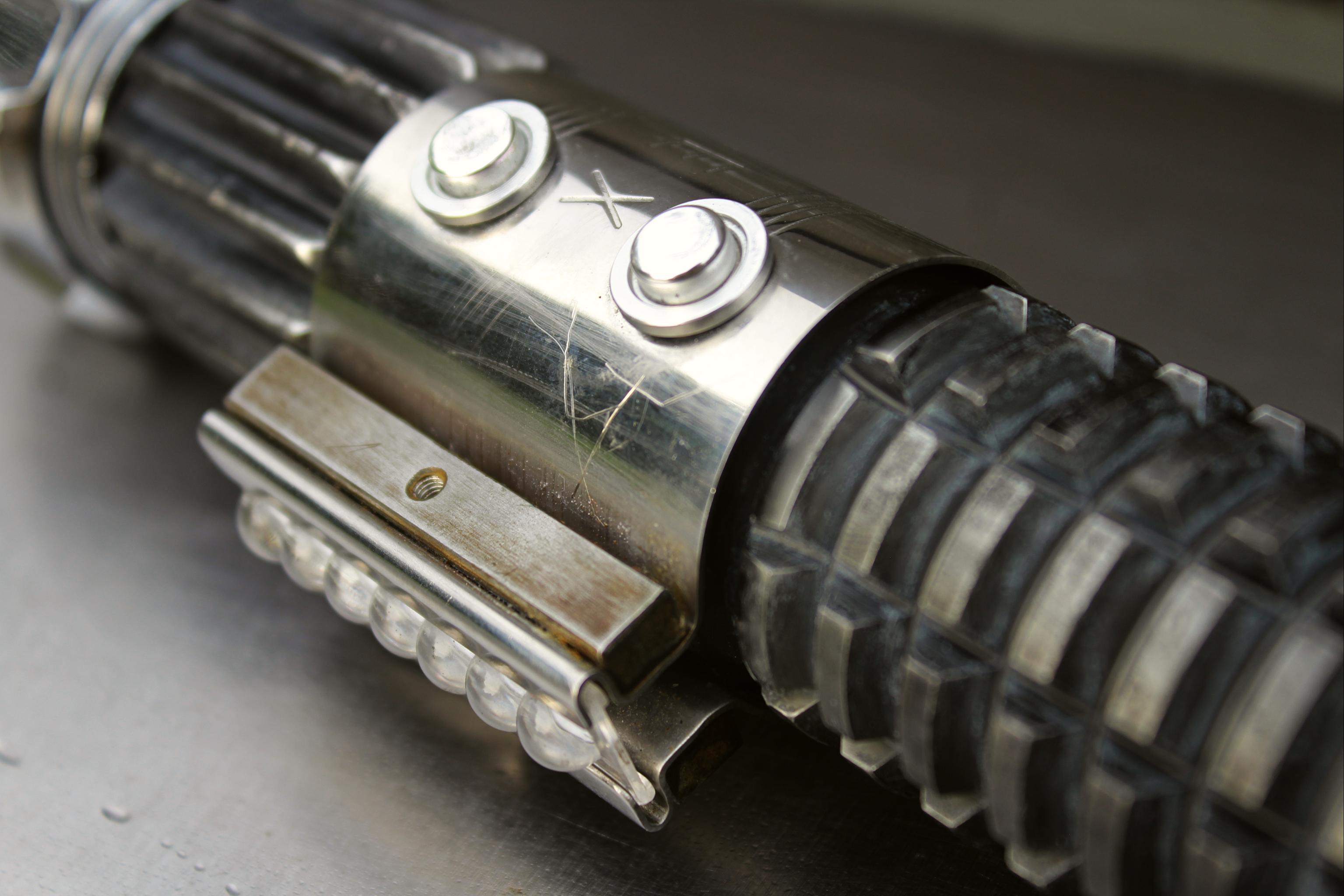 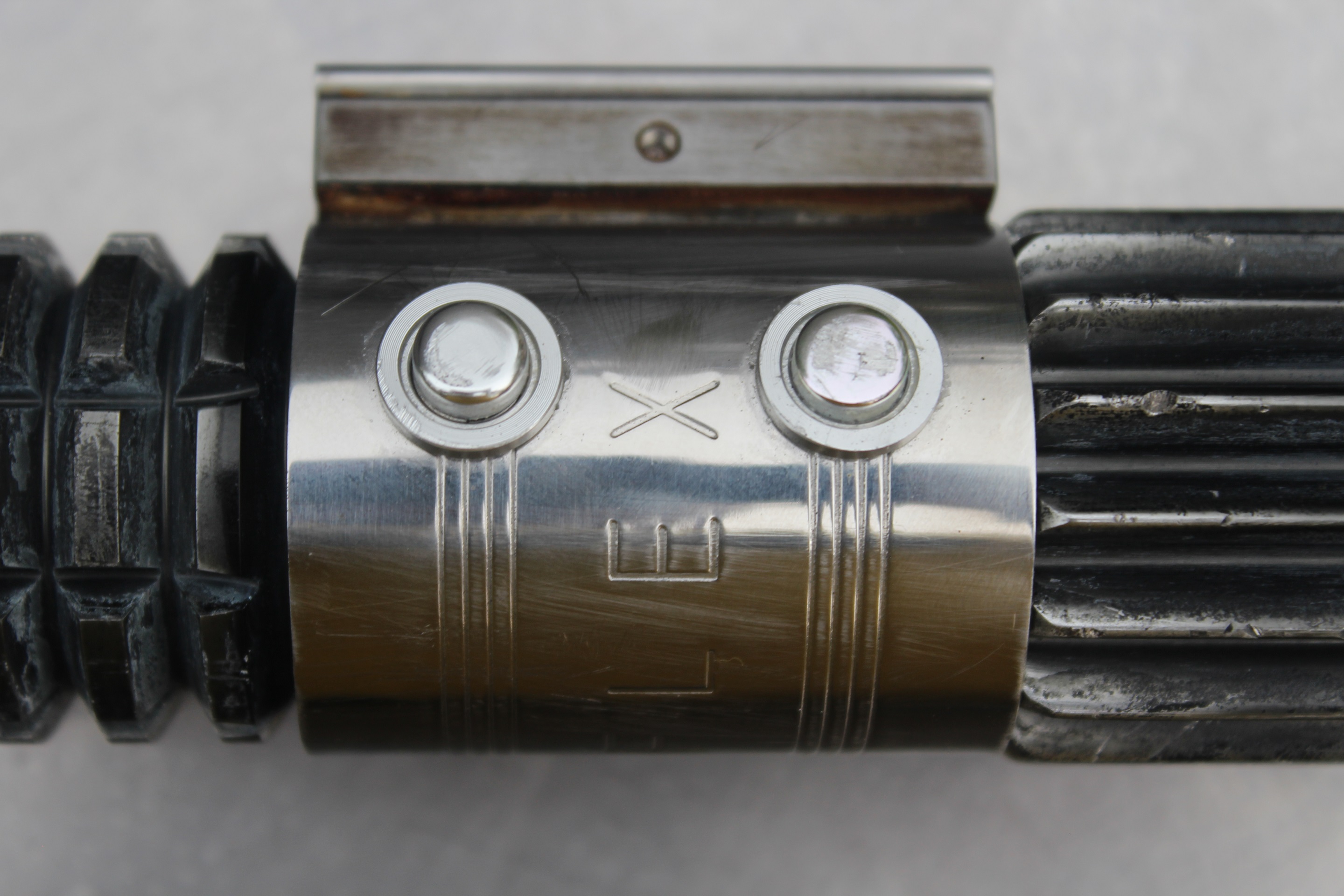 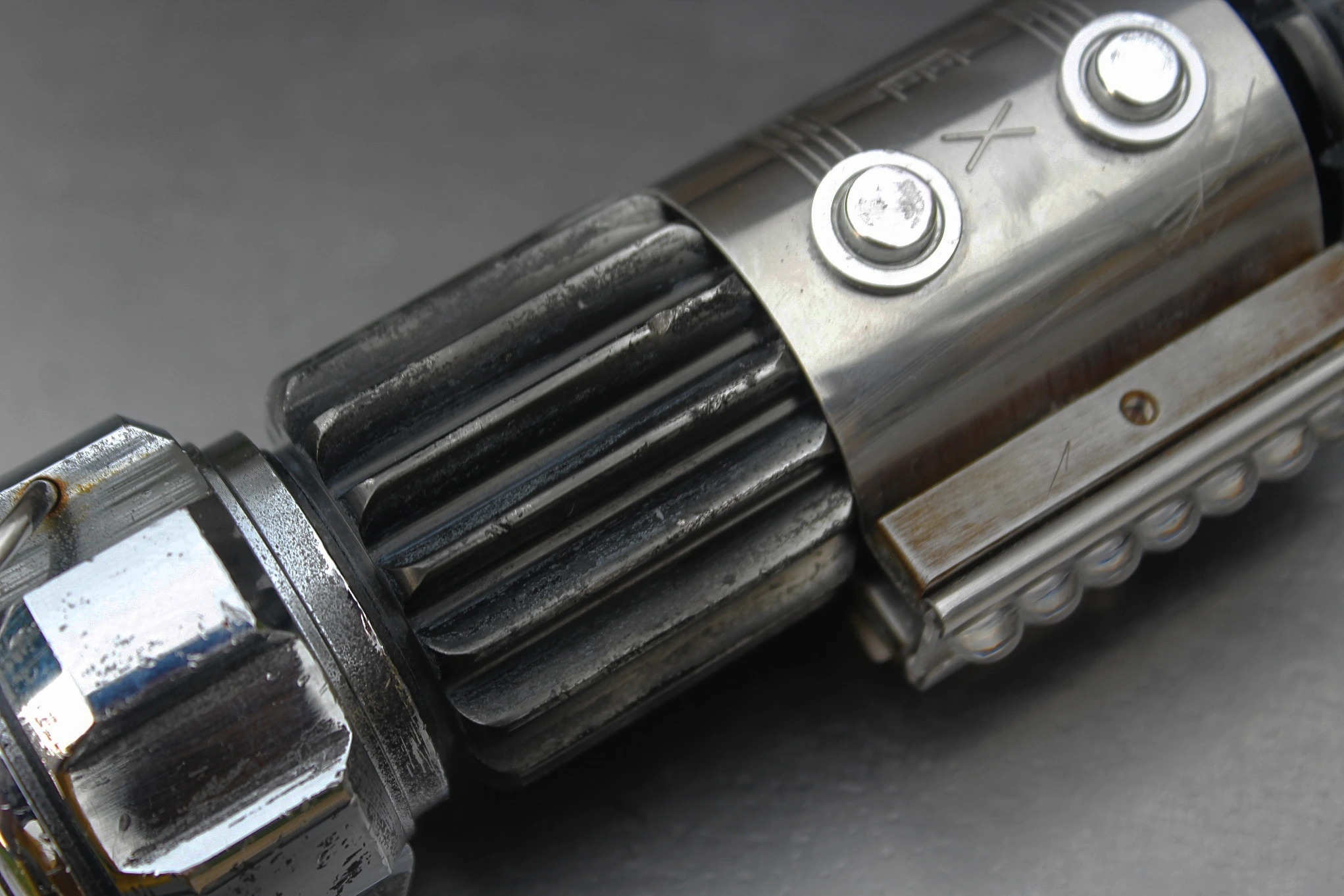 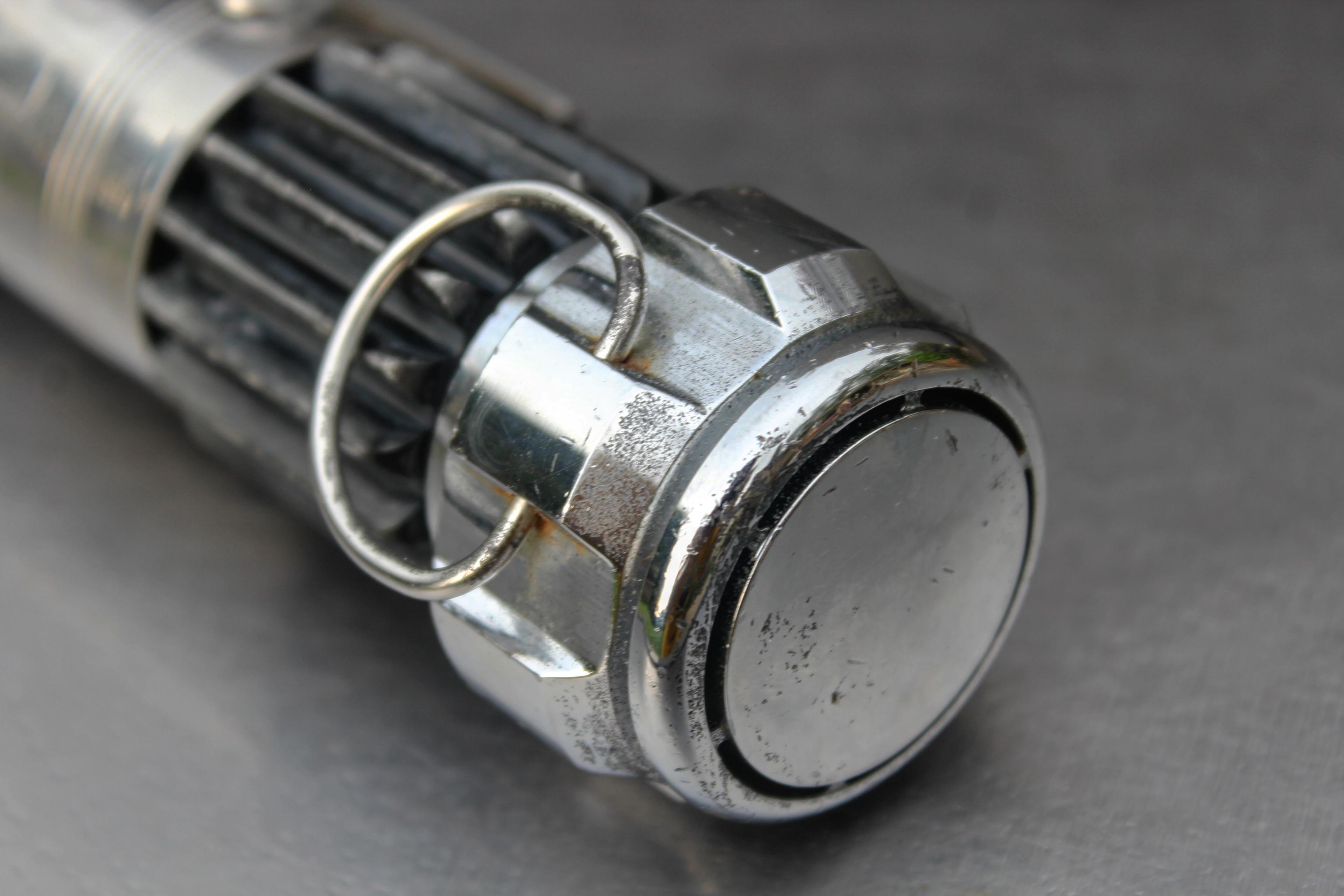 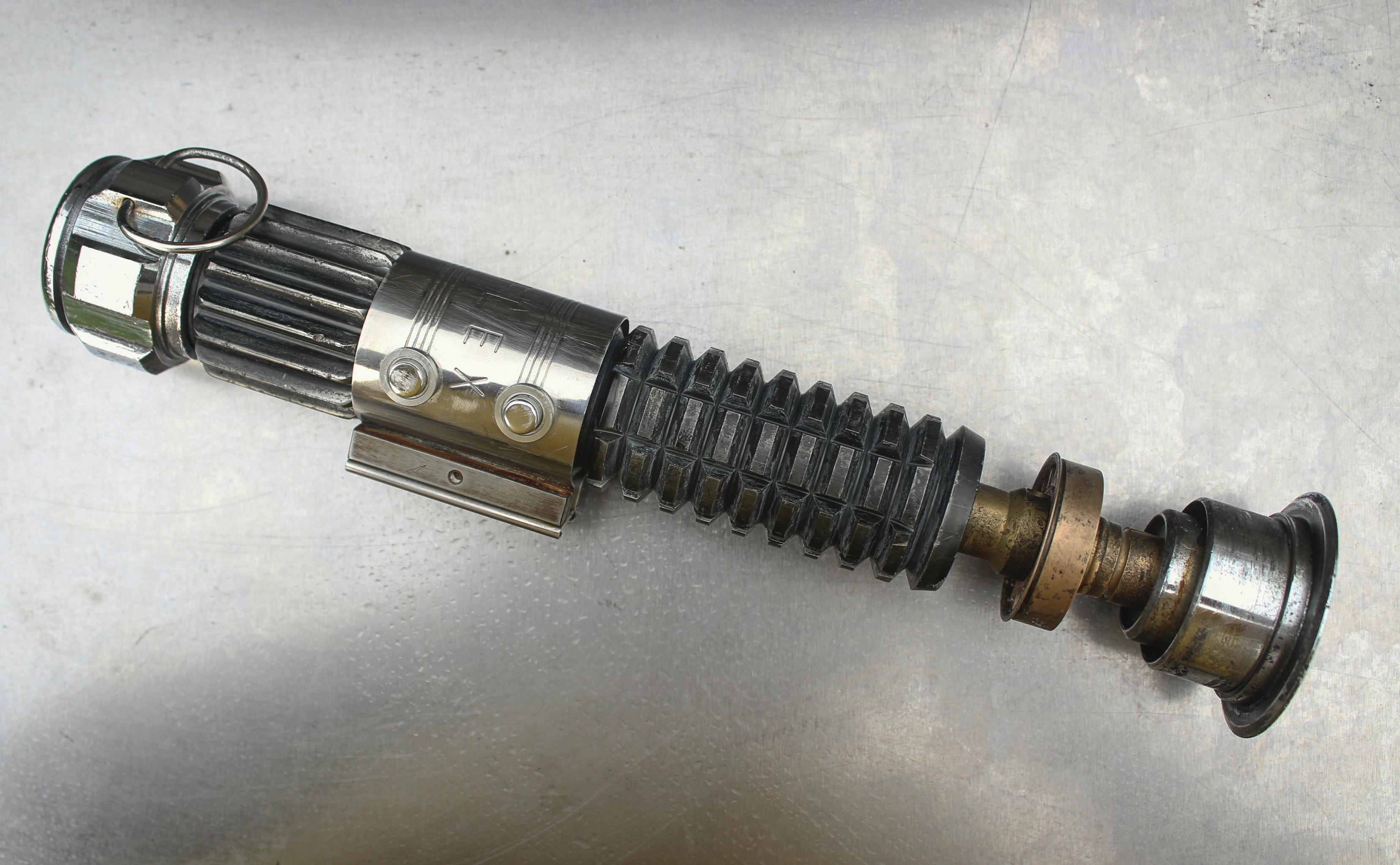 RPF PREMIUM MEMBER
I'm going to upgrade my grenade with a Roman's, so I thought I'd document the original state of my Obi-Wan before the changes. It's mostly close-enough parts, or parts that were as accurate as they came when I built it around 18 years ago, but we know how that goes! Real-but-not-vintage-accurate AS handwheel, booster from someone's run way back when (probably before we even knew it was a booster), yodashouse bubble strip, Real-but-not-vintage-accurate transistors, washers from someone's run way back when, likewise the flame tube (again, probably before that was identified, either).

The grenade and stem is aluminum, from the very first run by Parks, back when you could get individual parts from him. I had actually been dealing with someone else (Steve was the name, I think?) who it turned out had either been working on the project for Parks, or subsequently turned it over to him, not sure. I think he passed away. Anyway, delivery was ultimately from Parks. I weathered it with aluminum black. It had cuts that went through the first ring, which I filled with JB weld. Those areas of course reacted to the weathering differently, but that's okay. I painted the stem and wheel. Some of it's flaked off over time.

I'm actually okay with the grenade portion but the stem and windvane have always bothered me. I was looking into replacing just those parts, but I have no idea if the size/threading is going to match, and someone was looking for an old grenade anyway, so I'm doing the entire assembly.

And yes, I could update more parts, but that would be everything but the clamp, and it wouldn't be my old build anymore. This was my grandfather's axe....

RPF PREMIUM MEMBER
Following up on my post #306, I got the latest weathered grenade offering from Roman, and traded my old emitter (which would only fit my old Parks grenade) for an older Roman's one (supposedly a tiny bit too big or something? Works for me.)

I made the stupid rookie mistake of getting super glue on the bubble strip and now it's crazed. Who makes those now?

RPF PREMIUM MEMBER
Wannawanga is your guy for bubbles

BRRogers said:
Wannawanga is your guy for bubbles
Click to expand...

RPF PREMIUM MEMBER
Update to the thin necks in my collection 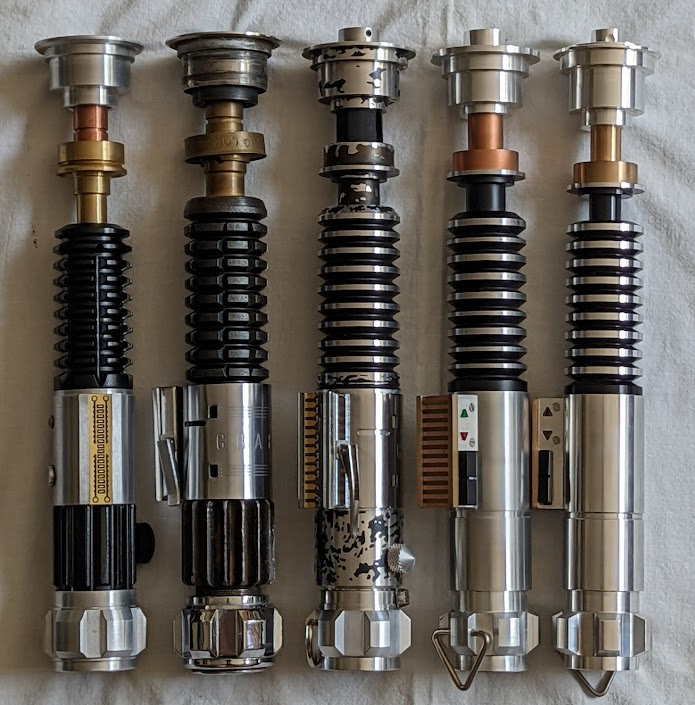 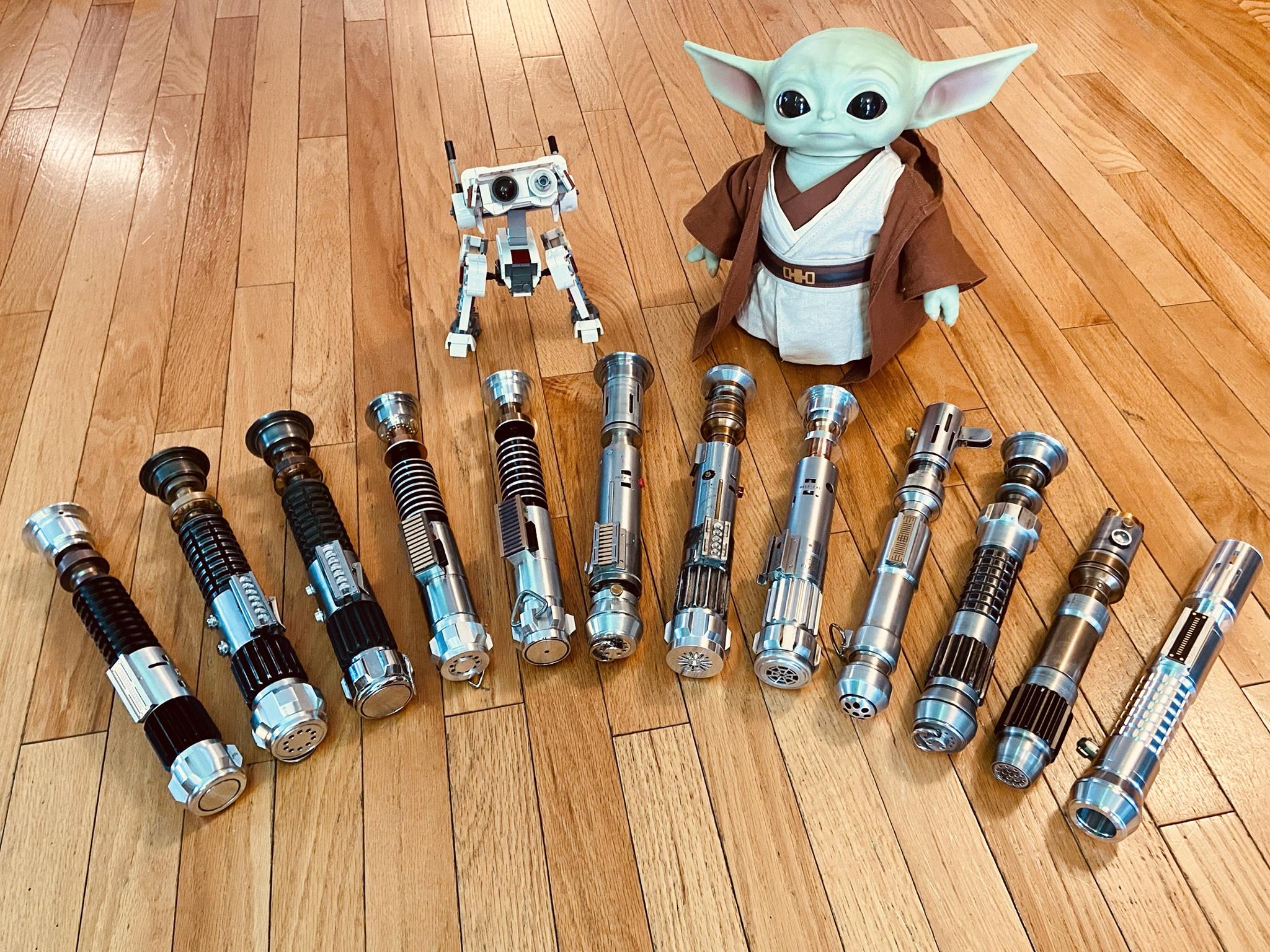 The current fleet, with one more on the way.

The current fleet, with one more on the way.
Click to expand...

Third from the right. Beautiful!
S

Joek3rr said:
Third from the right. Beautiful!
Click to expand...