Hi guys, here's an update on my full armoured pred costume so far, done the majority on the armour itself. I've now added skin sections to look like trophies from his fallen prey to his shoulders, groin and butt. now mounted the build on a mannequin that was given to me today by a good friend, it scared the crap out of my dogs who went mad when they saw it standing in my livingroom ( now upstairs out of harms way ) the pred, not the dogs. This has been a real trial by fire for me as I've only done small bits up till now, god what a learning curve

put up a few shots of it so far with the great P1 closed mouth which I recently got from lee ( usurper ) I added the quills and the baby dreads the same day as I got it from lee, getting the main dreads from Bambooie at the end of this month and next month the Ancient Bio from Biohunter76 ( two other great artists from the lair ) It's really starting to come together at last, you'll see in one close up of the armour the bio-organic look I was tryin to achieve, now I've added gold over a few of the veins in the armour, the vein look was achieved by using a thick gel coat and then pullin the brush away from the armour gently leaving the aformentioned veiny look to it, I then applied the resin coat followed by the gun metal grey and the gold. At the moment I am just finishing off the thigh and shin armour and should be posting those pics up this week at some point, all thats left for me to do now work on the flexi armour between the joints,I'm doin this just like mini neck ring ( same principle ) these will go in between the elbows, knee's and inner shoulder sections of the suit. anyway I hope you like the costume so far and let me know what you think, good or bad, all suggestions are greatly appreciated, thanks for lookin guys!

Yeah I know it looks awful without dreads!!!! 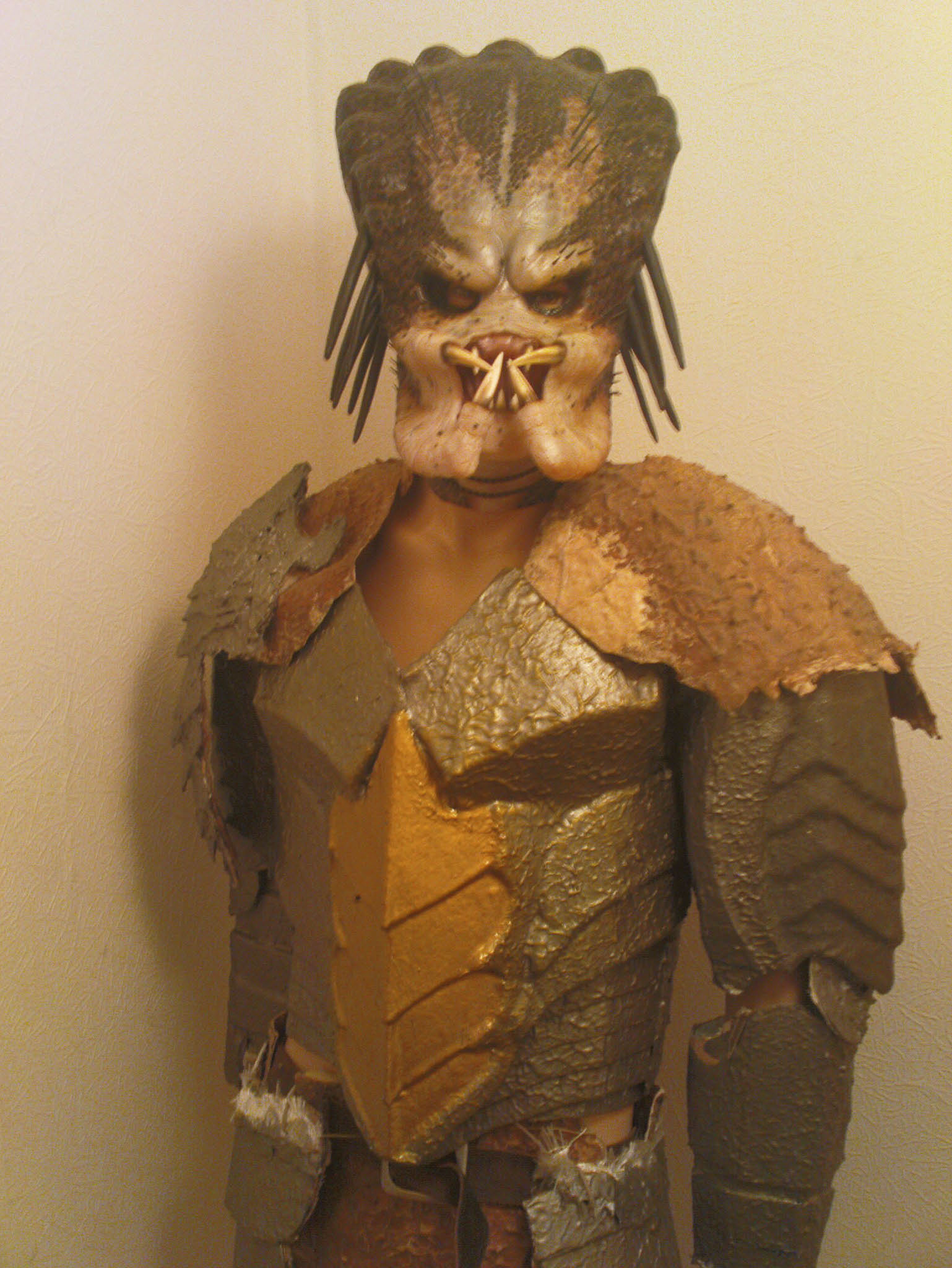 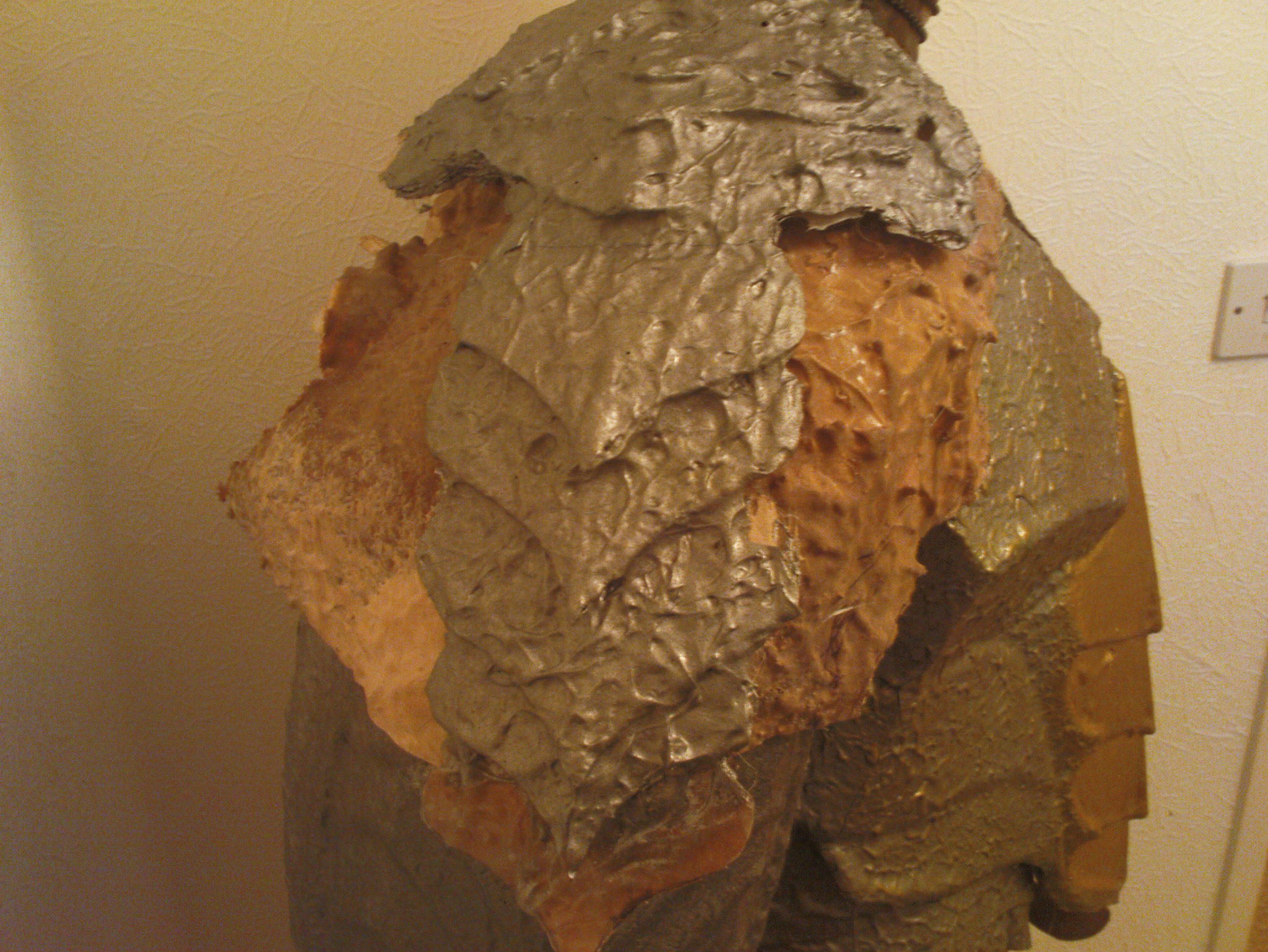 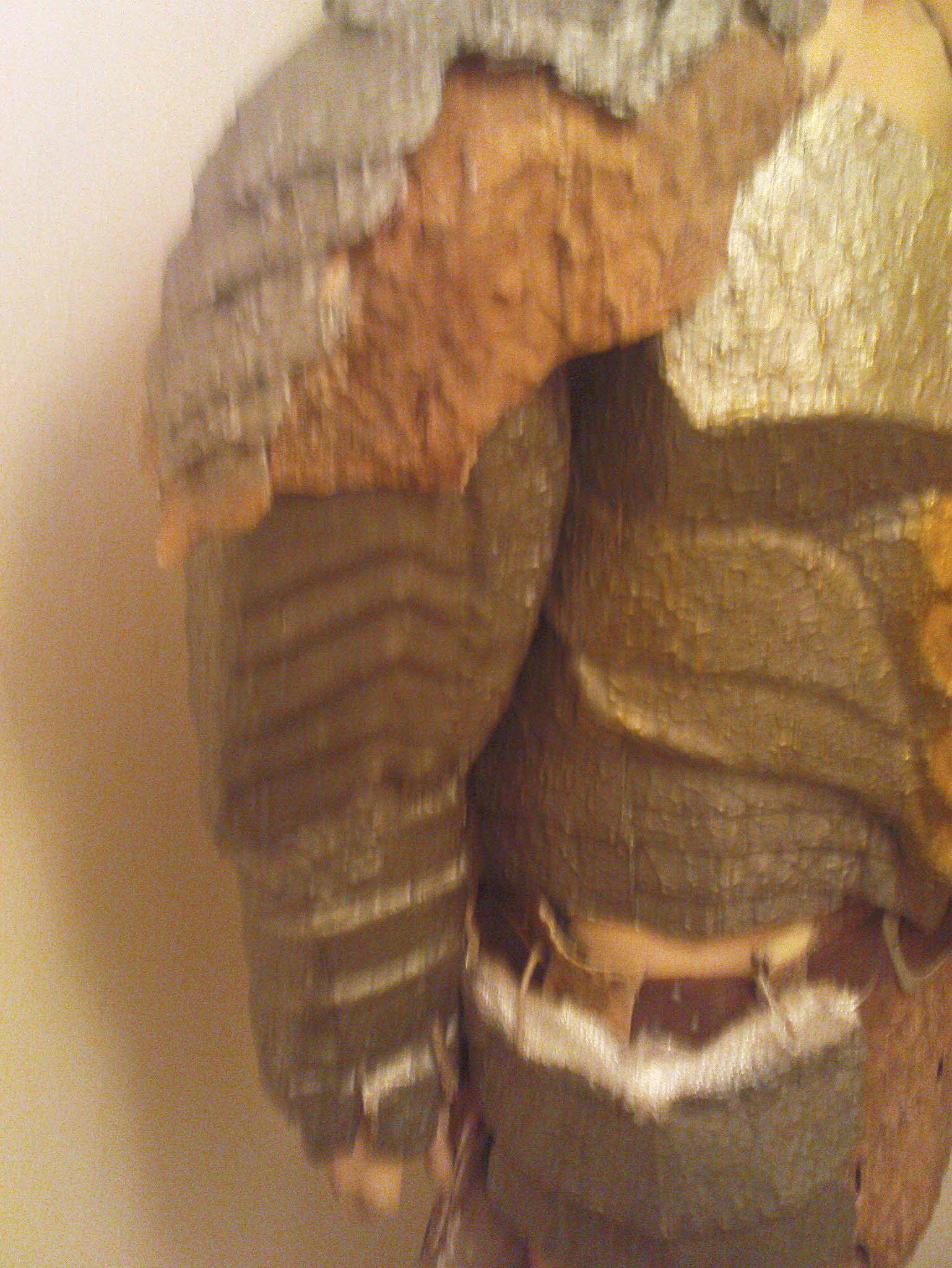 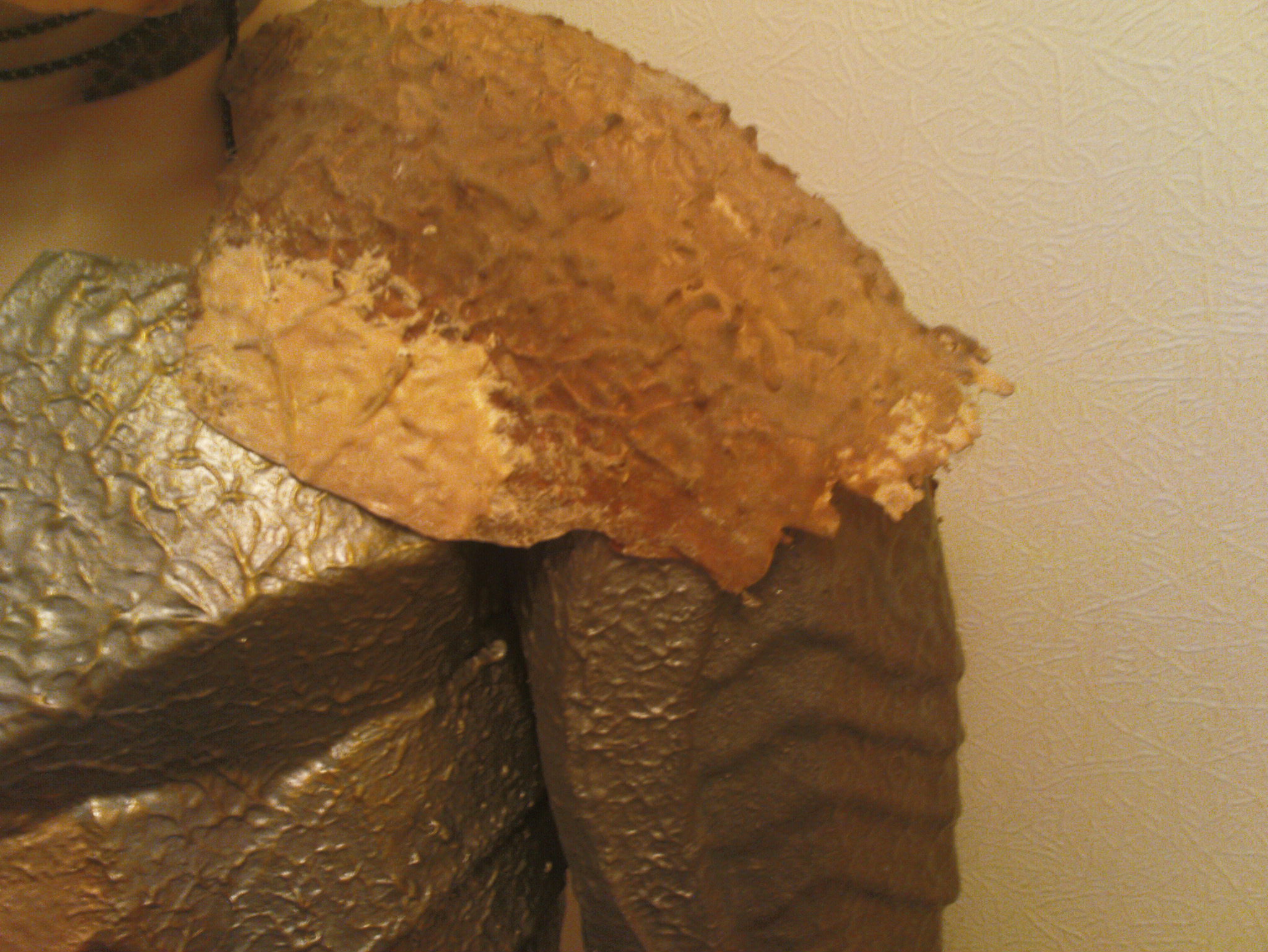 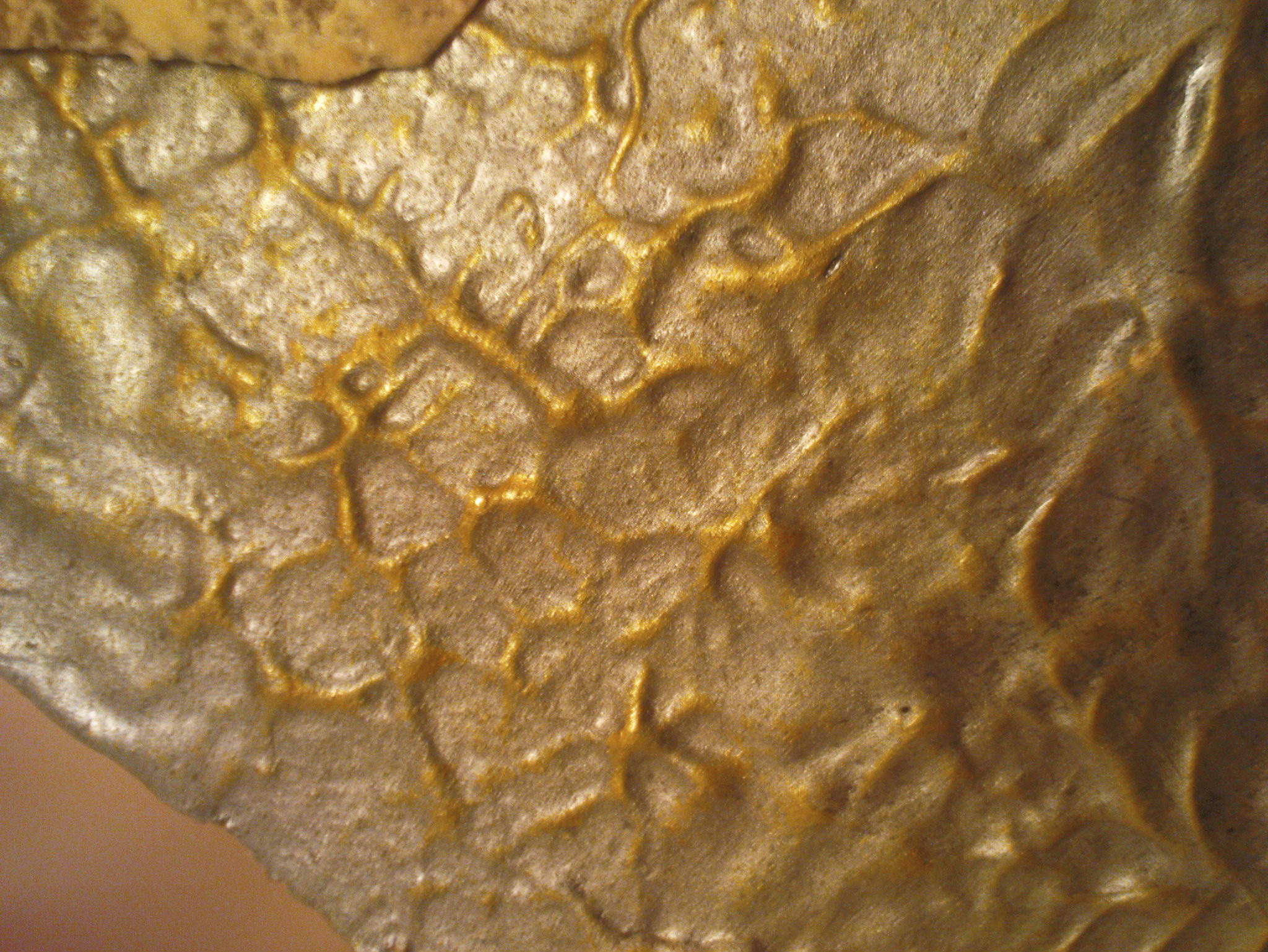 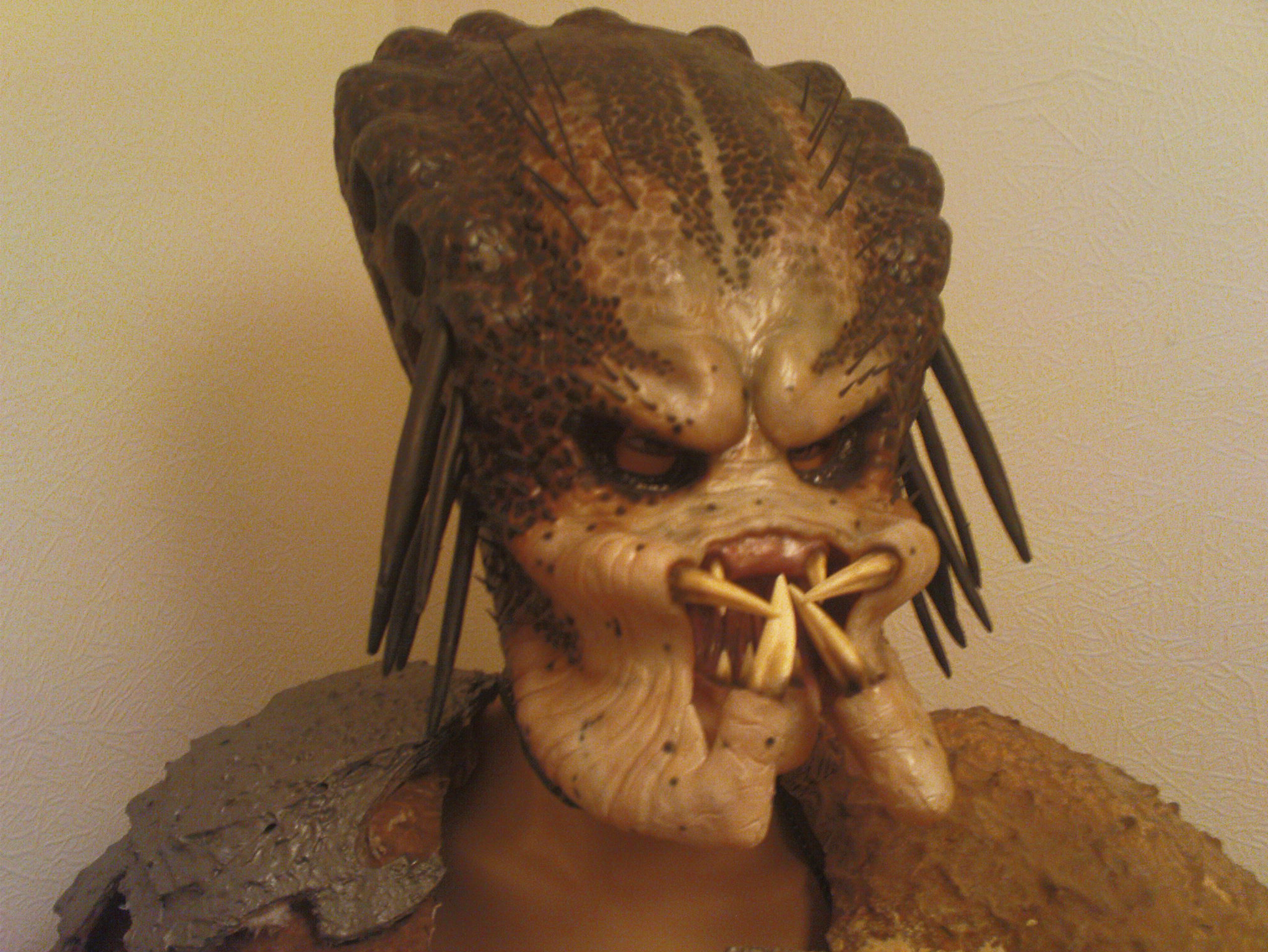 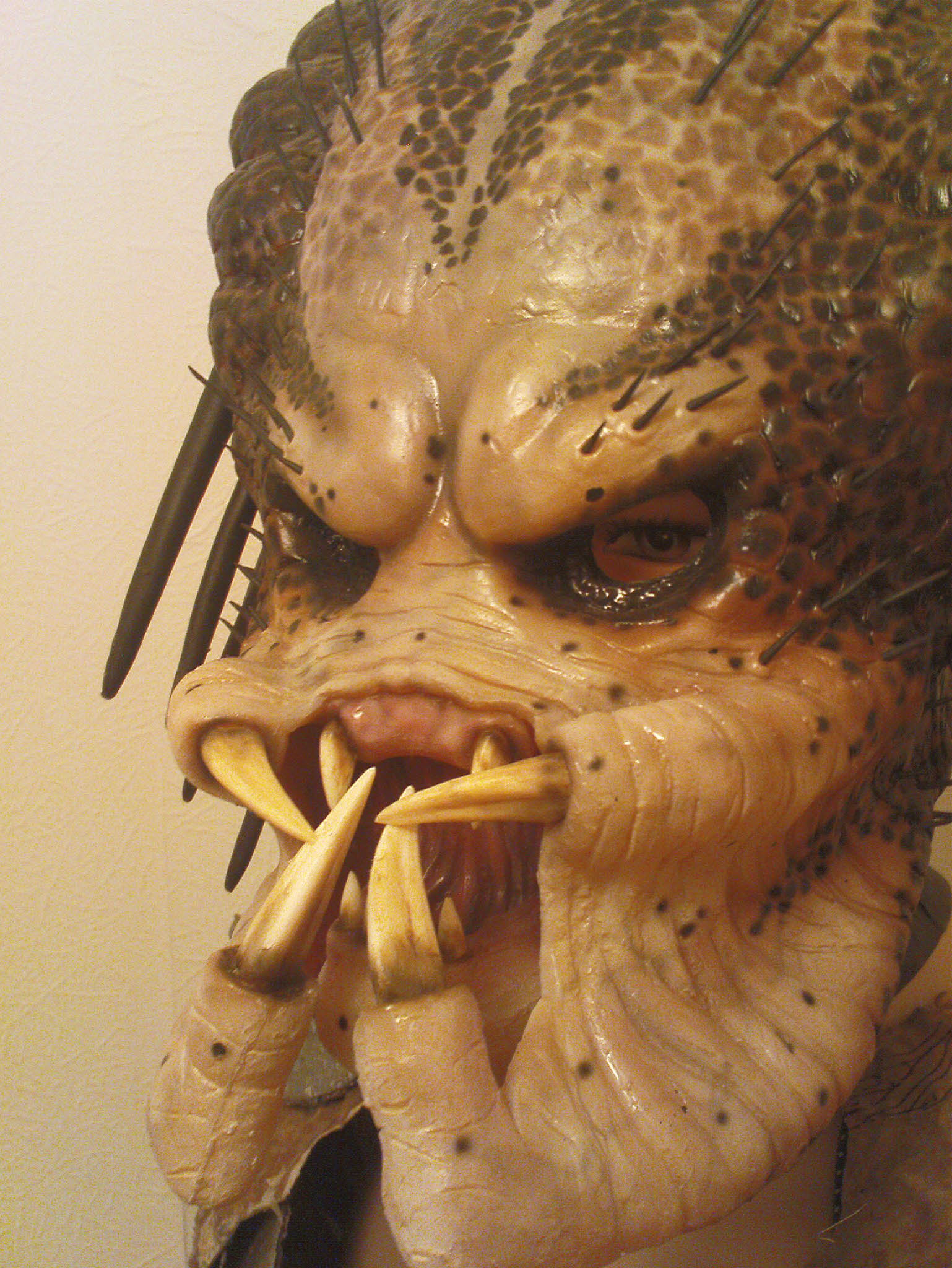 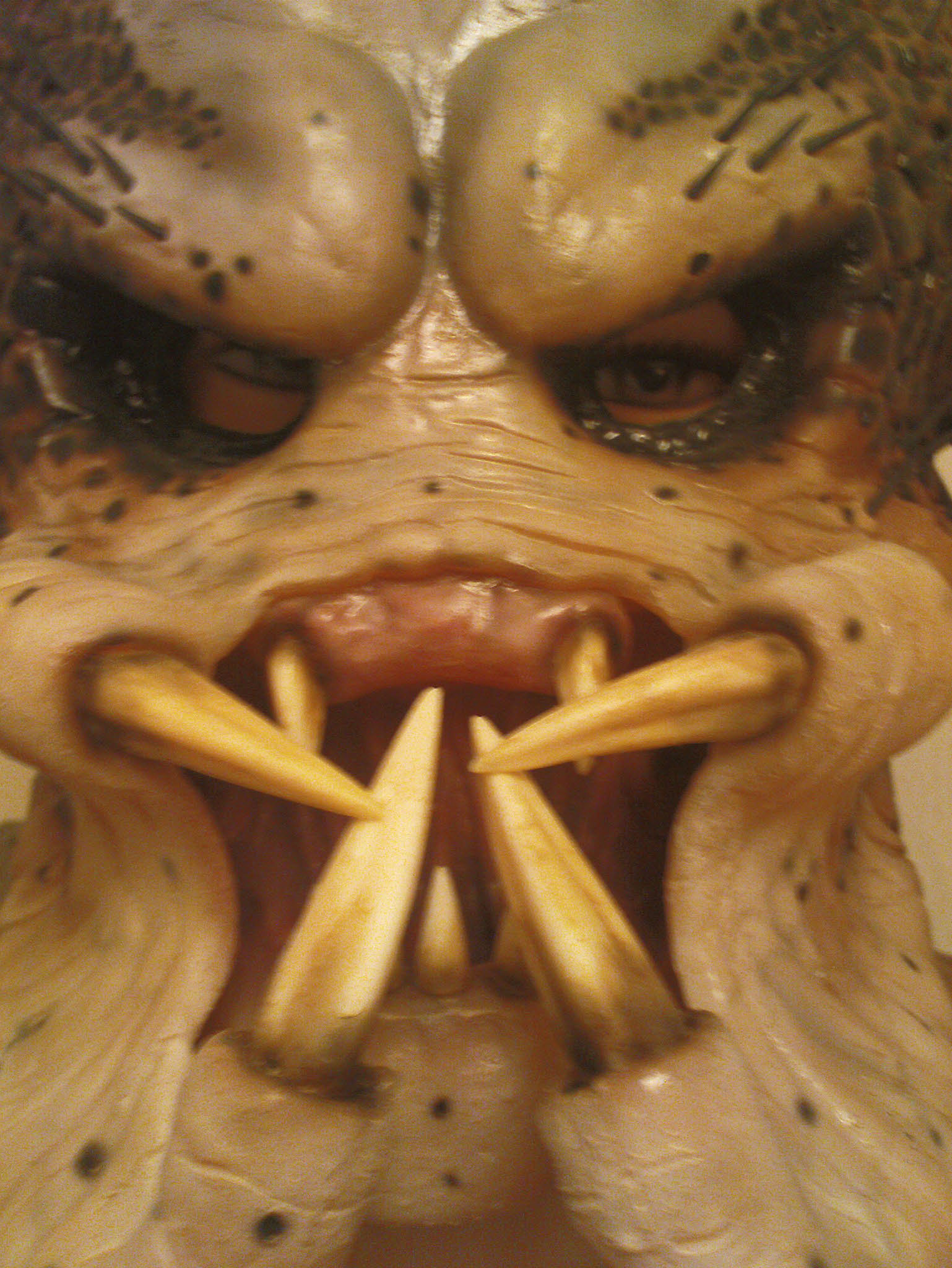 Have you put it on yet? How do you get into this suit?
its like Iron Predator!

really nice. i got to get one of these mask one day.

Keep up the good work!

(learning curve is right, I've taken the plunge on painting, it wasn't something I had done much of before :0 )

Realy liking the effect on the armour, pretty unique idea

Uratz said:
Have you put it on yet? How do you get into this suit?
its like Iron Predator!
Click to expand...

Yeah I've tried it on a few times for fitment and scale, fits perfectly! each section goes on in stages and clips together ie the abdomen section first, then the arms, then the torso over the top, same principle with the lower armour. It can be a pain but the only way I could think of at the time. It looks awkward to move in, but the way I've done it I can move very easily.

As for Iron Predator? don't think I'll be goin near any water!!

The mask sucks by the way Get a bio slapped on his ugly mug will ya
Click to expand...

leave me boy alone, you'll give him a complex
U

Going to look pretty imposing when hes all armoured up

nice original concept....cant wait to see it done...keep up the good work

Love it!
Really original design but still seems to fit with the pred style (IMHO anyway). It looks how I'd imagine a pred to be if WETA had designed it.
Is this the one for the big day?

man ,I'm glad to see that!great job you did there!
B

Oberon said:
Love it!
Really original design but still seems to fit with the pred style (IMHO anyway). It looks how I'd imagine a pred to be if WETA had designed it.
Is this the one for the big day?
Click to expand...

thanks for the compliments Oberon. Yeah this is my ceremonial wedding pred when it's done I'll be casting off this one and will be doing a more toned down version for the cons etc over here.

Unique concept, looks great!
But you will draw the attention from The Bride are you brave enough to do that?

CoolleKotten said:
Unique concept, looks great!
But you will draw the attention from The Bride are you brave enough to do that?

thanks for the compliment on the build so far. well not brave, but can run damn fast when I need too

That should be a tank! Looks good so far.