The Rocketeer - 2 Firsts for the 30th

This is officially my first post on therpf. I’ve been quietly working on 2 projects for the past 6 months that I’ve never seen done before in honor of the 30th Anniversary of The Rocketeer. It’s a movie that has a personal connection for me tied to My Mother who is currently in the late stages of Frontal Temporal Dementia. Let’s just say I’ve been very motivated as of late.

My only social media account is on Instagram if you’d like to keep an eye out (tim_in-nh). Let me be up front by saying that none of this would be even remotely possible if it weren’t for the incredible friendships I’ve formed with several key people and their families tied to the production and the intellectual property. I am not a prop builder, I have never attended a convention and this is not a business. I have privately financed everything and put in the elbow work— I’ve also learned a lot from my failures.

Project 1: The Howard Hughes suitcase
This took an immense amount of effort due to the complete lack of photo evidence and partial angles from the film. I compiled enough images from new friends to identify the fabric used on the inside, the tool strap locations and even the exact make/model of the discontinued file folder that’s held in the lid. It’s still not perfect but it’s incredibly close. The hardest part honestly was picking up the leather trade for the handle and then installing over 200 brass rivets.

Project 2: The ZINC SPRAYED Cirrus X-3 rocketpack
This is the biggie. I own multiple ACME/MIM kits and have seen many incredible renditions of the X-3 online. Most are painted, some are 3D printed, some are even hand formed out of sheet metal… and yes, Adam Savage had his nickel/chrome plated. They are all uniquely beautiful pieces but I’ve never seen anyone replicate the process Design Setters used to create the Hero packs (duffel bag reveal scene and Bullet-hole pack). Well as of yesterday I just pulled the first successful pack body half out of a custom mold I financed that I had thermally sprayed with pure Zinc as done originally in 1990/91 using the exact same brand/model machine. I’ve been guided here and there by 2 former Design Setters employees every step of the way.

I haven’t had a full 24 hours with it at this point but I wanted to share the existence of this tremendous success with all of you directly. I suppose my tiny IG account wasn’t the ideal way to share the news.

Oh and Happy Father’s Day! My Wife and I just found out we’re having a baby boy (our first born) the same day I pulled the pack from the mold…

Nice to meet you all,
-Tim

Very, very nice. Please post up your progress on the pack. Lots of Rocketeer fans here.

RPF PREMIUM MEMBER
Wonderful projects! Any chance you could post pics of the pack from a little further away? Up close, the zinc texture looks pretty heavy, but I suspect it doesn't look as textured from a bit further back.

Welcome on board, congratulations on the baby and amazing work, I love it
R

Spyhunter2k said:
Wonderful projects! Any chance you could post pics of the pack from a little further away? Up close, the zinc texture looks pretty heavy, but I suspect it doesn't look as textured from a bit further back.
Click to expand...

Happy to show better angles, I just literally haven’t had more than 20 minutes to spend on it since pulling it from the mold (life obligations always arise when you’re desperate for some free time). I’ll take more photos this week.

There is a faint gritty texture out of the mold but with just a light scuff with a red scotch bright pad it feels perfectly smooth. This first piece is a genuine test mule that I intend to sand/scuff/clear and eventually hang it on the wall as a “First”. I’ve definitely got a few technical tweaks to test on the next attempt. I wish I could have completed a full front and back in time but there were a number of 3rd-party technical setbacks that ate up 2ish months time (out of my control).

I honestly just really can’t stand being told something is impossible so I stood on the shoulders of giants, connected all the dots and threw cash at the problem until we solved it. 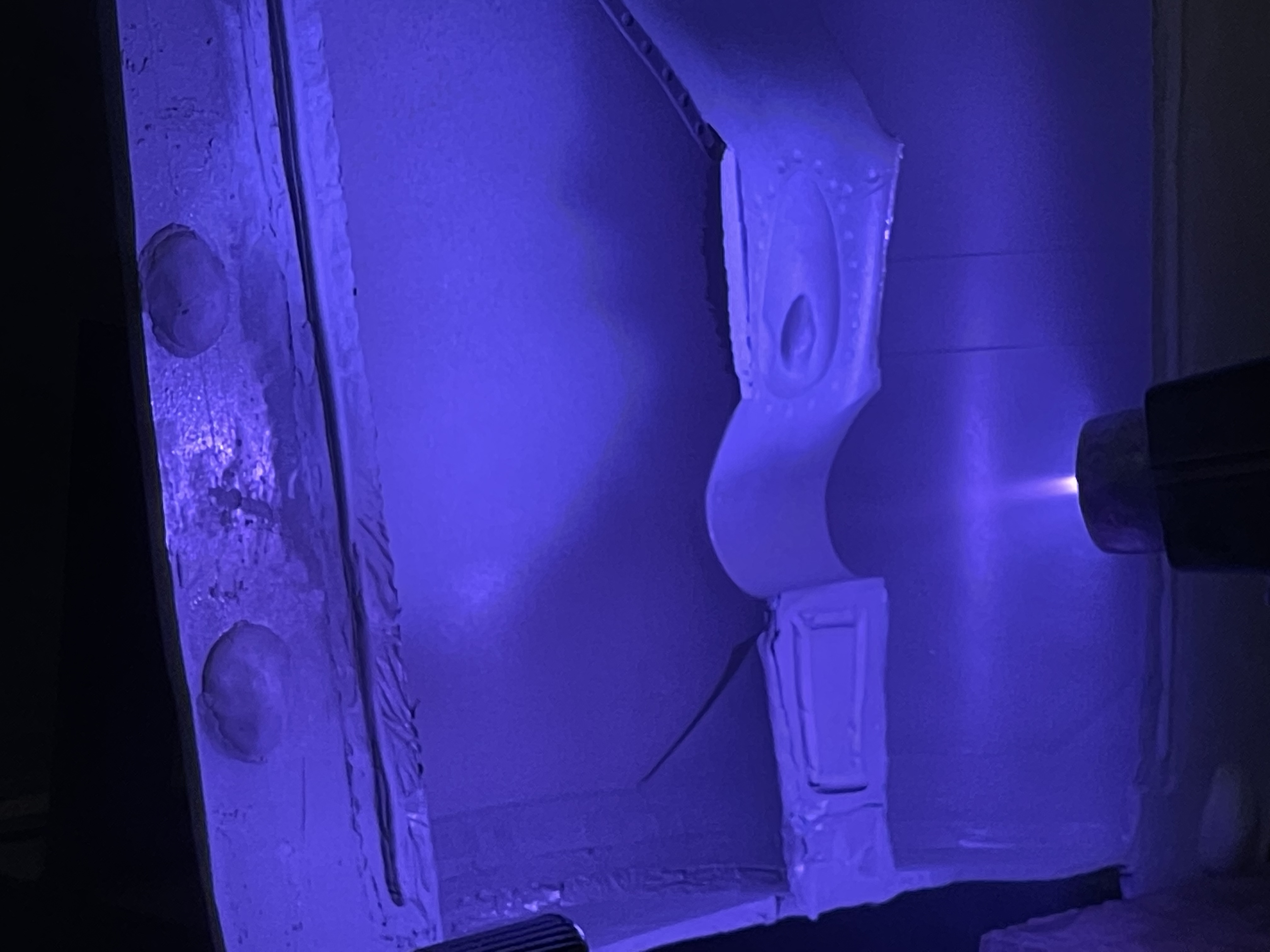 Great stuff...and getting people who were part of the prop making crew is A+. Eager to see your next update
R

FYI: I threw a couple additional images and short video clip on my IG post today. I’m hoping to spend some more time on the test piece after work and I’ll upload a few more pics to better confirm the finish.

In my mind I had hopes that this would be exciting/refreshing news to the remaining Rocketeer fandom where I could shine a spotlight on the prop makers that helped me out during the 30th- but currently I’m not entirely sure the news will spread with modern algorithms in control.
R 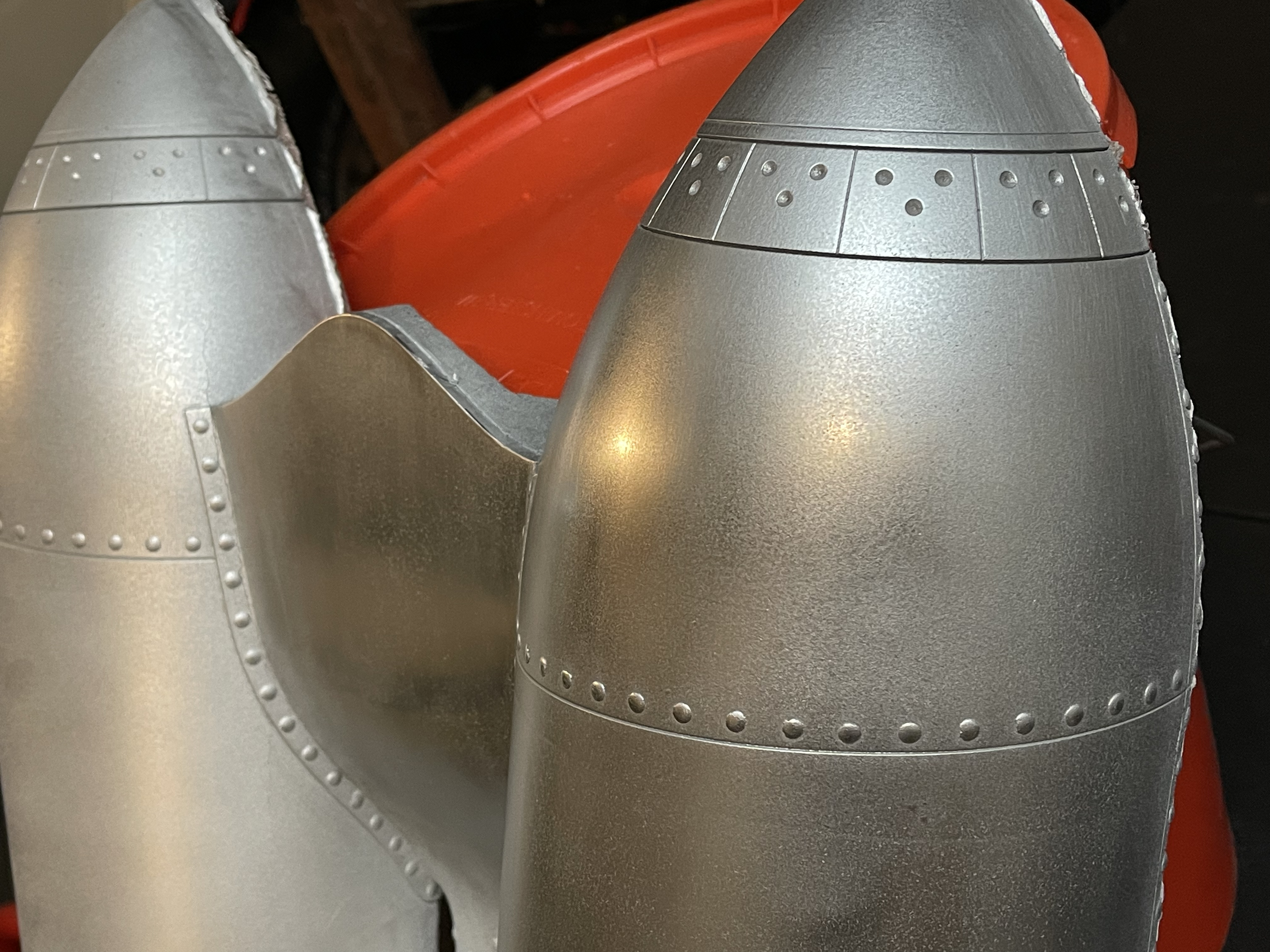 So beautiful and clean

The Red Book of Westmarch (Bilbo's Journal) by Magnoli Props