I started this project last year and trying to finish it up before Christmas.

I Started by tracing the Clock Face and Countdown box from a Screen grab, scaling the pattern up to match the largest wreath I could find.

Cutting out the pattern out of wood, and glued the sides, top & Bottom on using a combo of wood glue and hot glue. Hot glue more to hold it while the wood glue sets. I don't have a back, nor anything in the Interior yet. as I intend to add a little electronics/lights 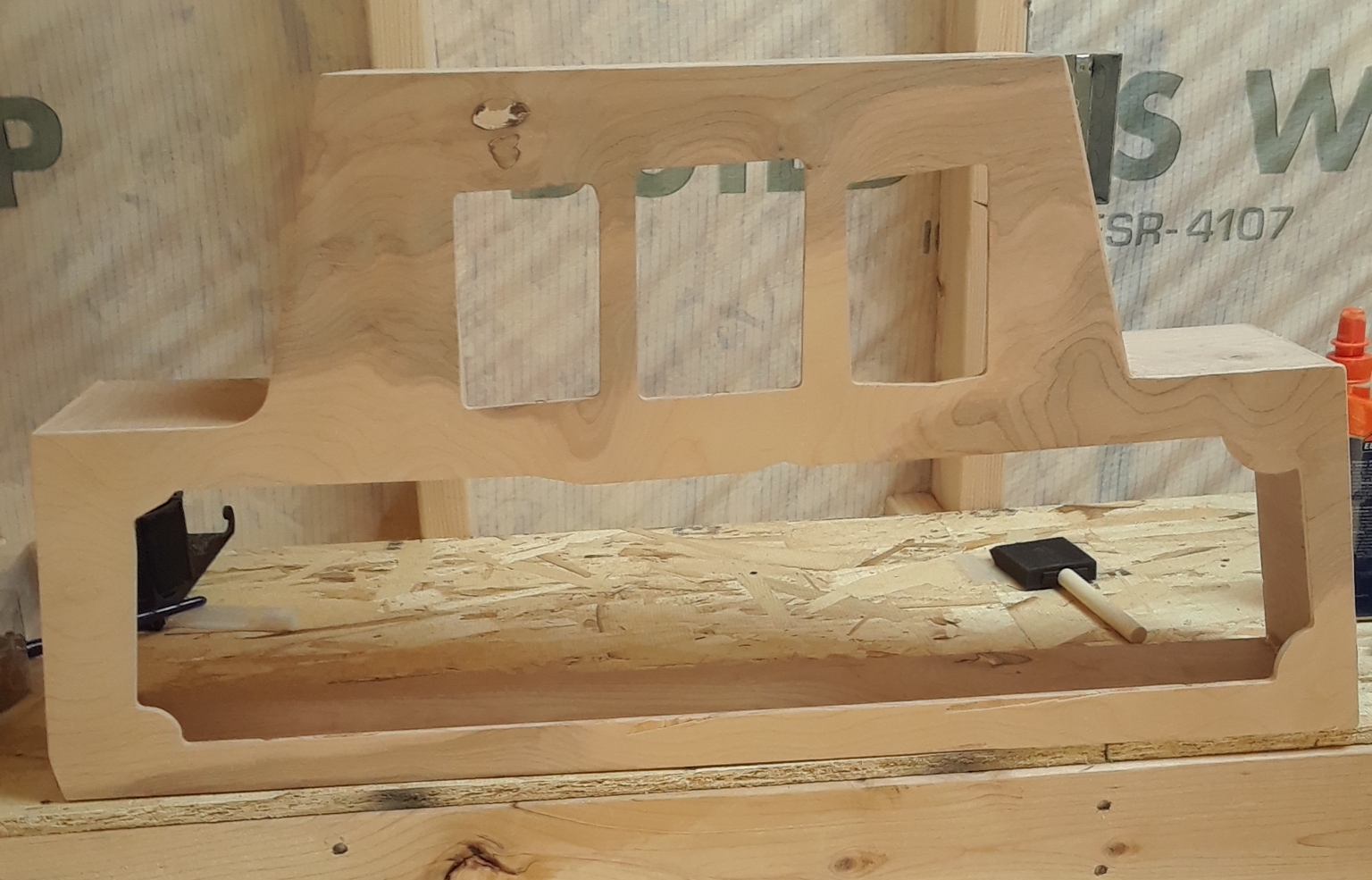 For the clock Face itself, I picked up a sheet of acrylic from Tap Plastics. I chose white, but now I wish I picked a lighter shade of gray instead. It came as a square so I had to cut it round. I drilled holes all along the circumference to use zip ties to hold it to the back of the wreath. A hole Tim-Burton-center for the clock mechanism

For the domed Bolt heads, I found some nice bronze colored button studs with a screw back off Amazon. They were normally used for handbags or various leather crafts. I had to counter sink the screws as the thread length I bought wasn't long enough

I carved the spider web into the plastic clock face so I knew where to paint it black later on. Pictured is a test fit 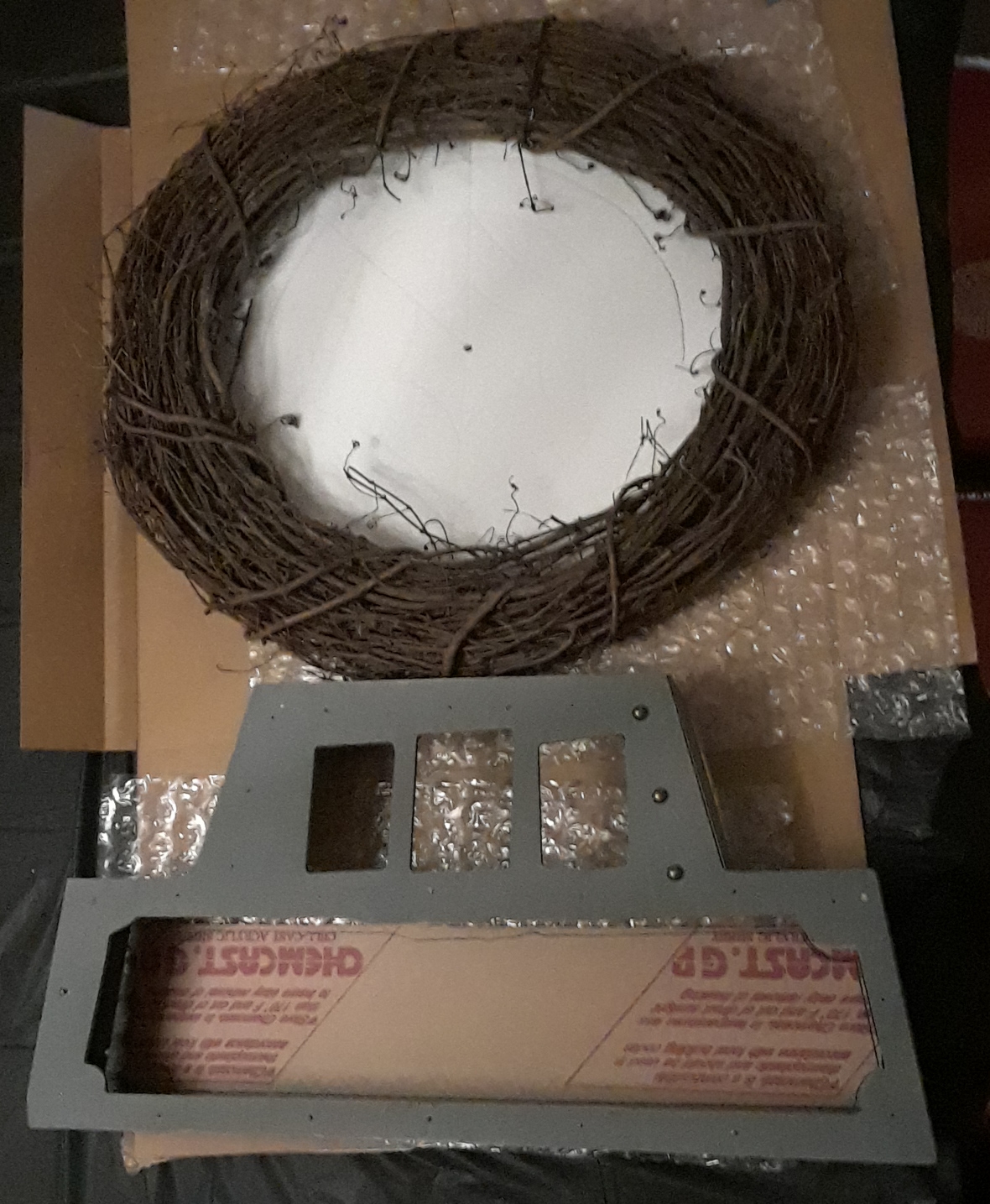 Ideally I would like to make this count down functional. Does anyone have the skill to help me make the rolling numbers count down for each day?

I envision a programed raspberry pie to trigger a motor every 24 hours to rotate the numerals. Ideally It would count down 365 down to Zero, but I don't think I would ever have this up all year long. However, It could be used more or an Advent Calendar, and count down the 54 days from Halloween till Christmas

Any ideas would be welcome.

Fantastic start, lookingforward to your progress 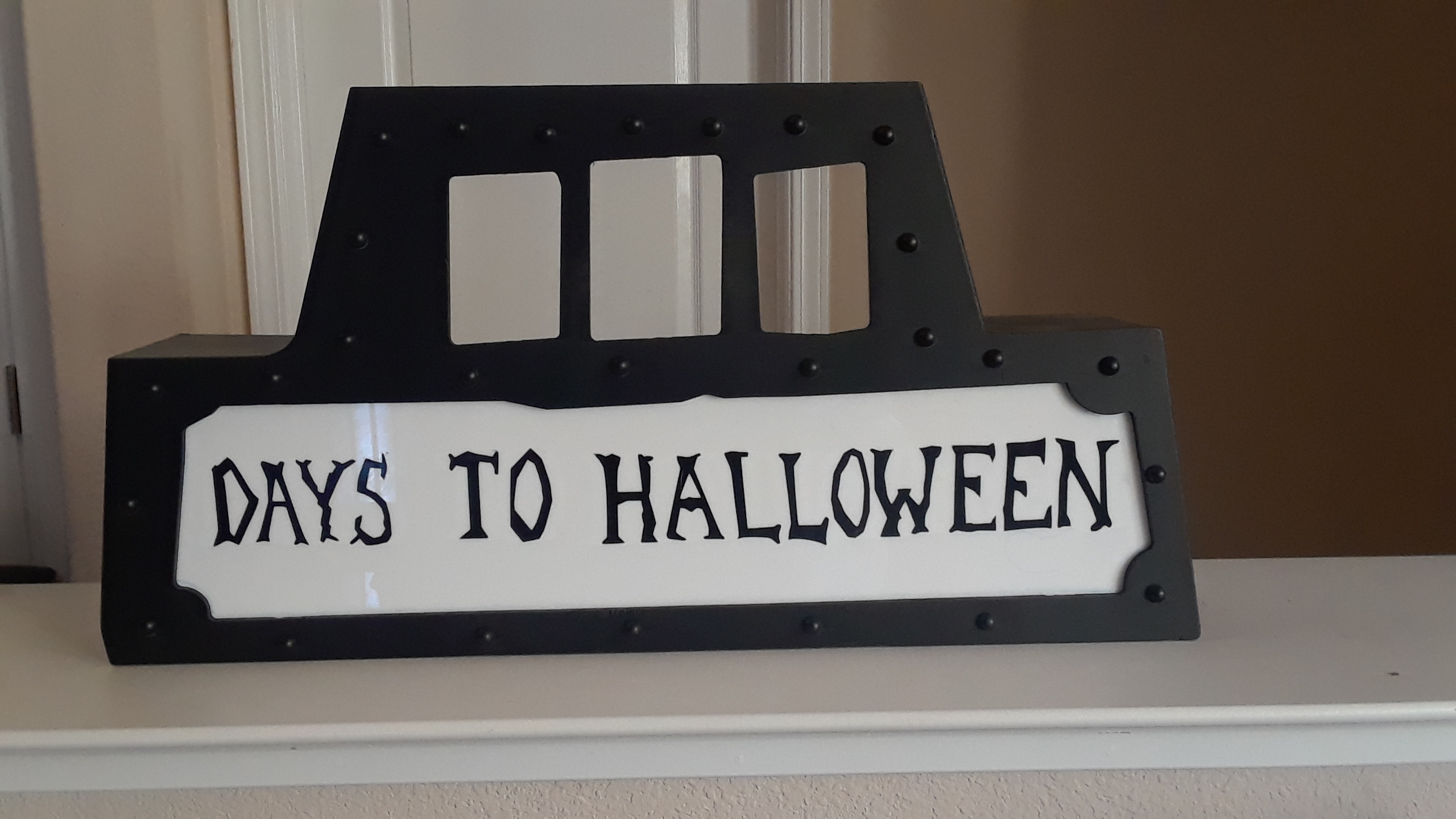 Black base coat painted. All domed bolt heads installed.
I cut the lettering out of black vinyl and used transfer paper to adhear to a white frosted plastic also from Taps. 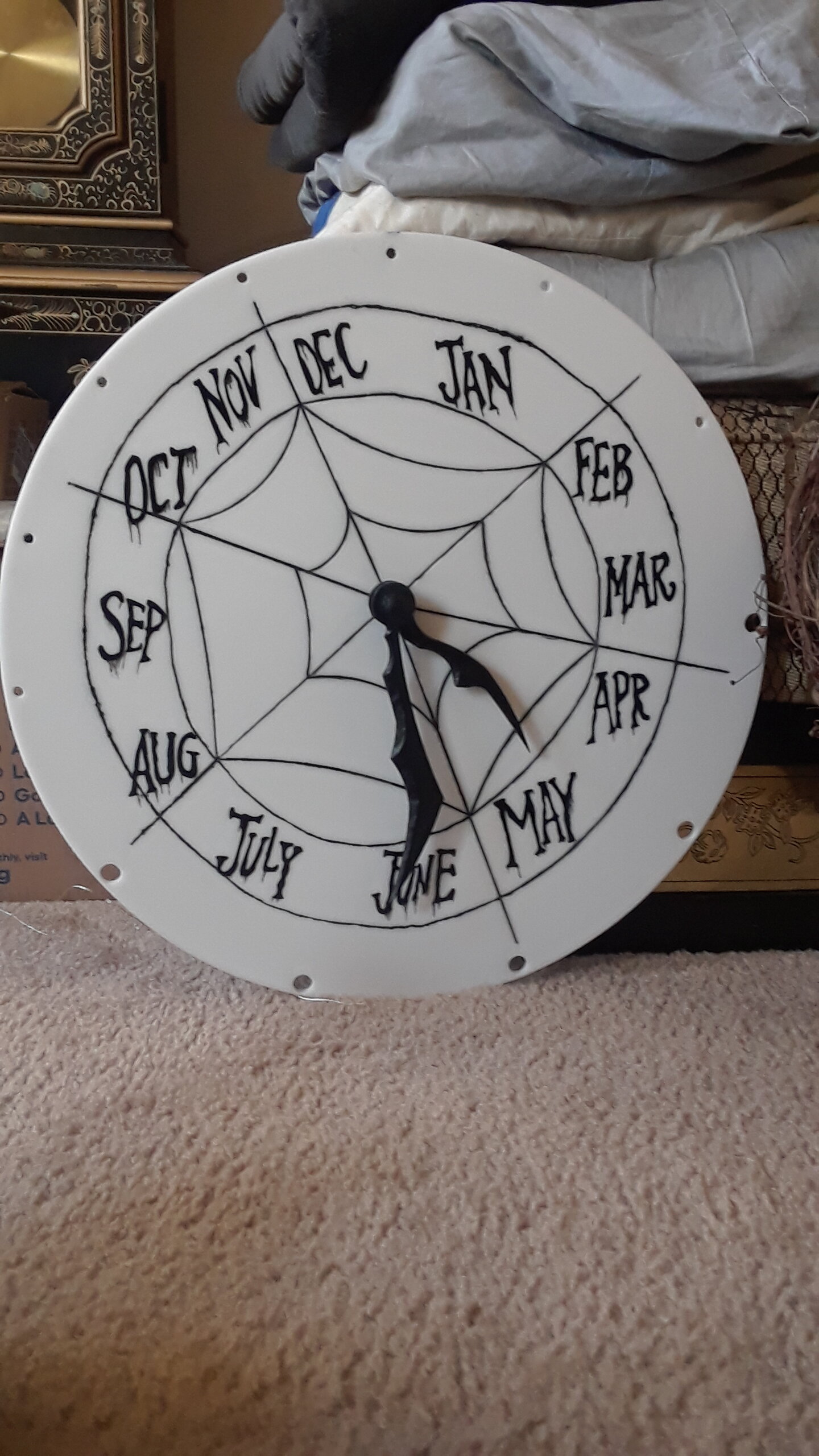 Cut out the hands from wood and glued them onto a clock gear. Unfortunately the hands are a little too heavy to go around. Will have to upgrade the clock to a new one later with more torque.
The months where traced then cut out in vinyl same as the Days To Halloween lettering 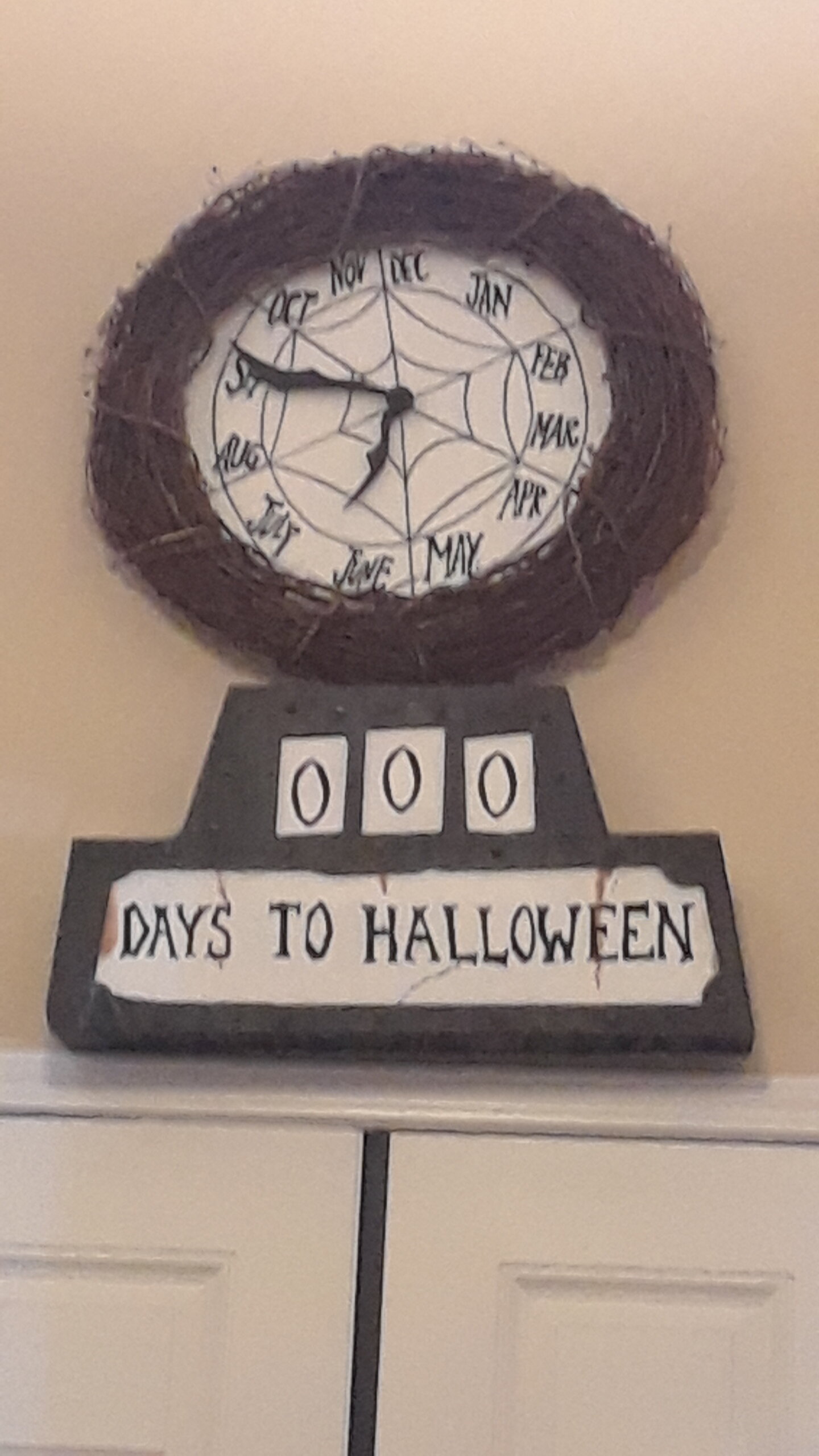 RPF PREMIUM MEMBER
Love this! May have to try and tackle one myself at some point

Nice! Now don't be lazy and take a proper picture!

Quick shot showing the lights i put behind it. 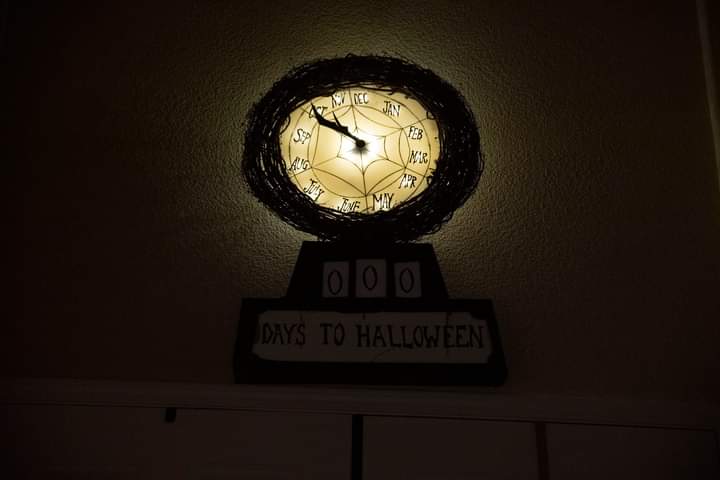 Getting started on my Xmas sign. I noticed there are two different versions in the movie. Personally, I liked this version better 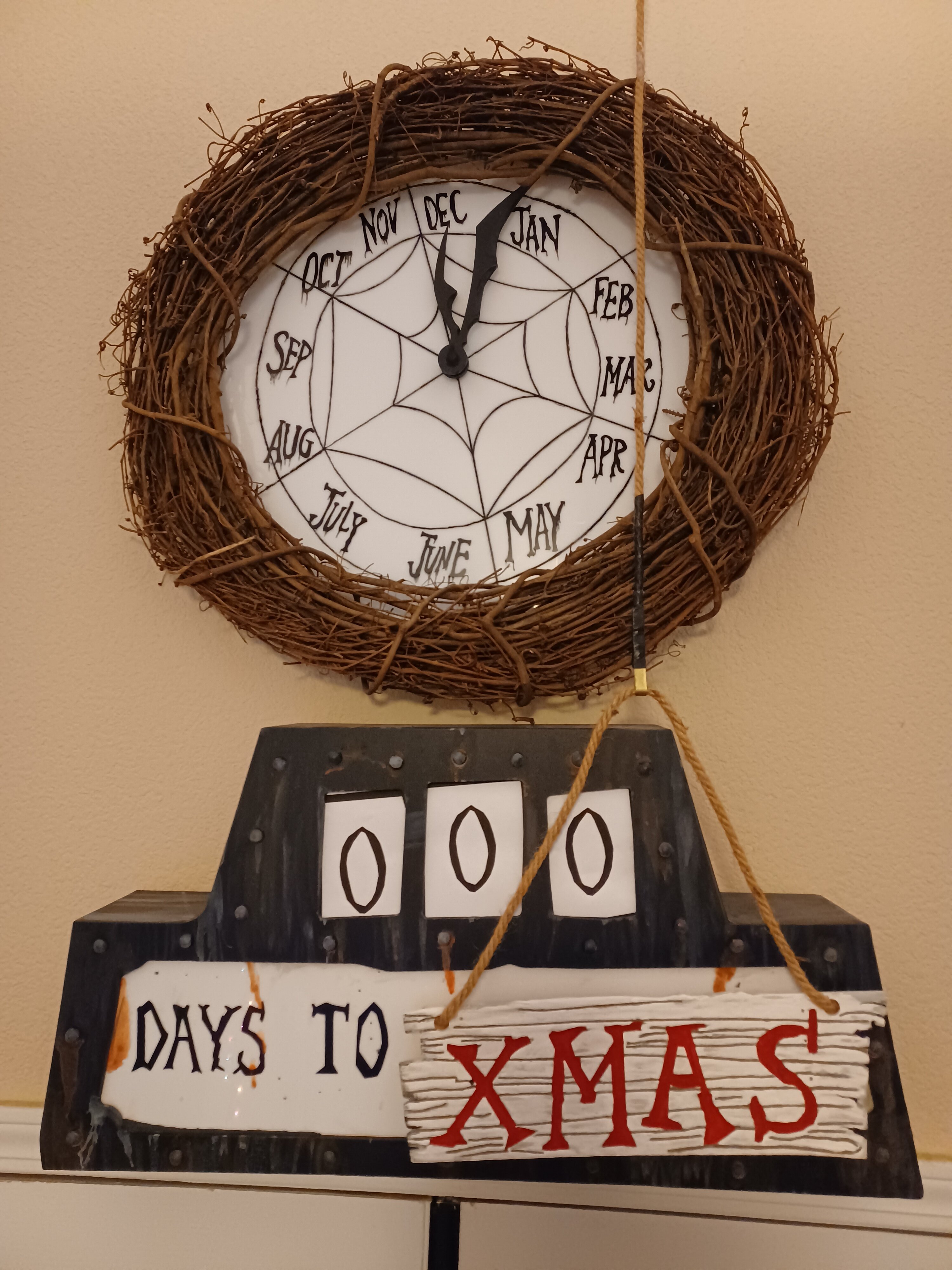