Krel said:
Those are the slide serrations, for racking the slide to chamber a round. Works good as some sort of heat dispersal componet on a raygun too.

Yeah I'm a total noob when it comes to guns and the names of its components... LOL

I took a model of a P38 Walther from Grabcad (credit goes to Teruteru) as reference since I will be using either a Denix or an airsoft for the main gun. 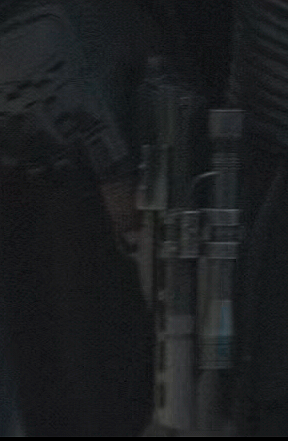 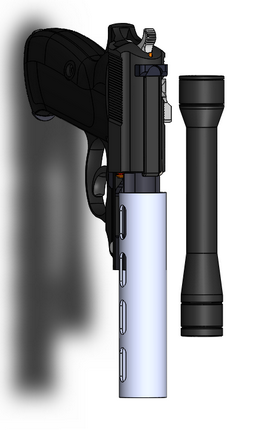 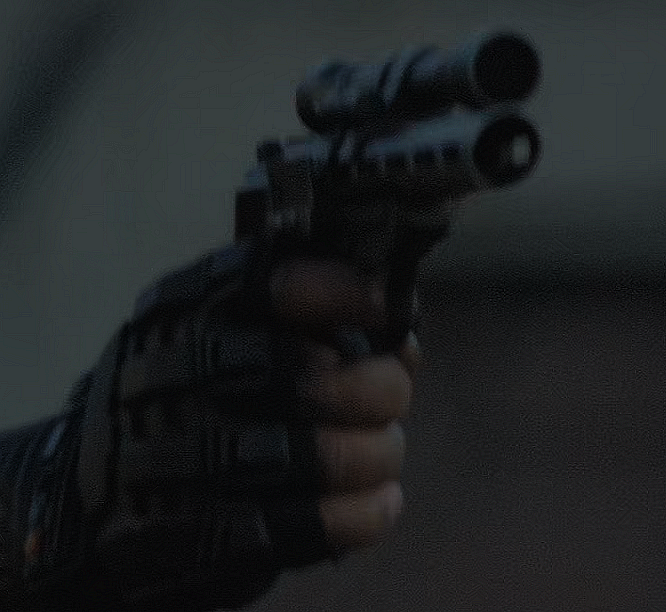 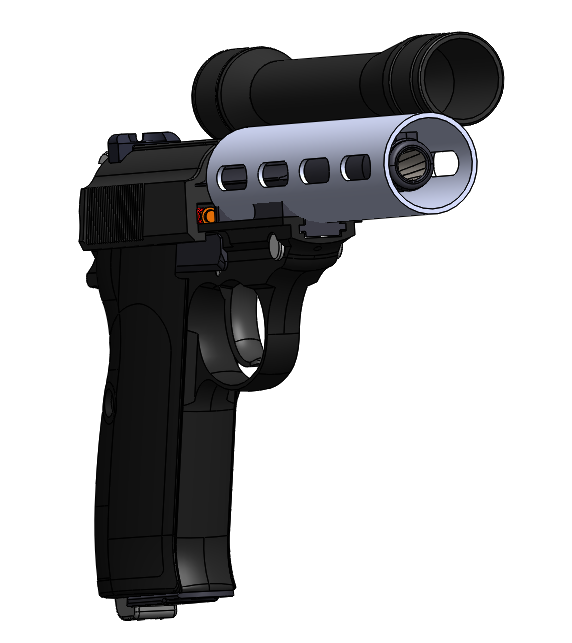 It seems that they modified the hammer and the barrel too in order to fit the new barrel.

Still lots of work to do. 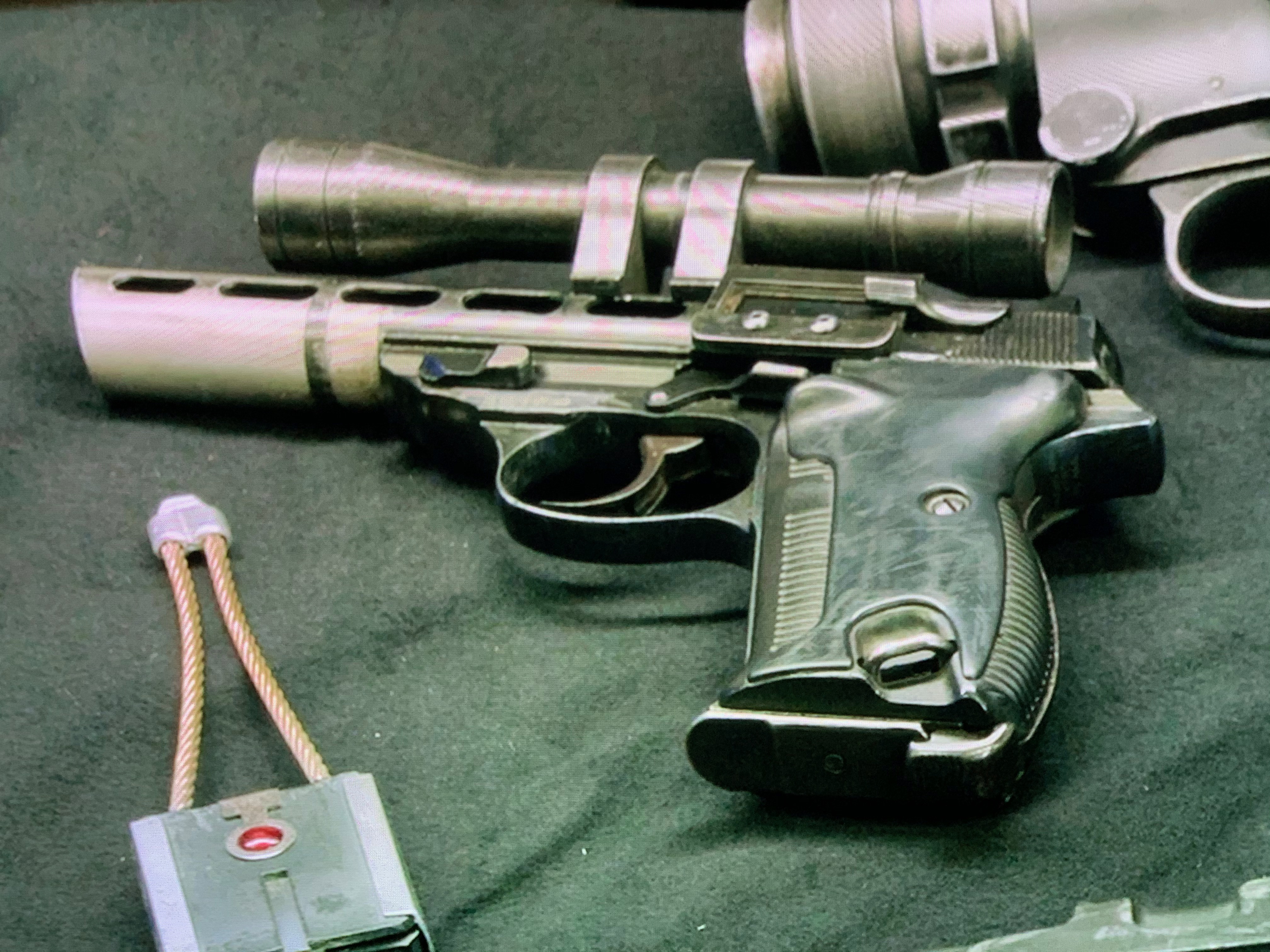 Thank you thats a great shot

ok so here is my take on it. Still needs some weathering and bits. by no means 100% accurate. 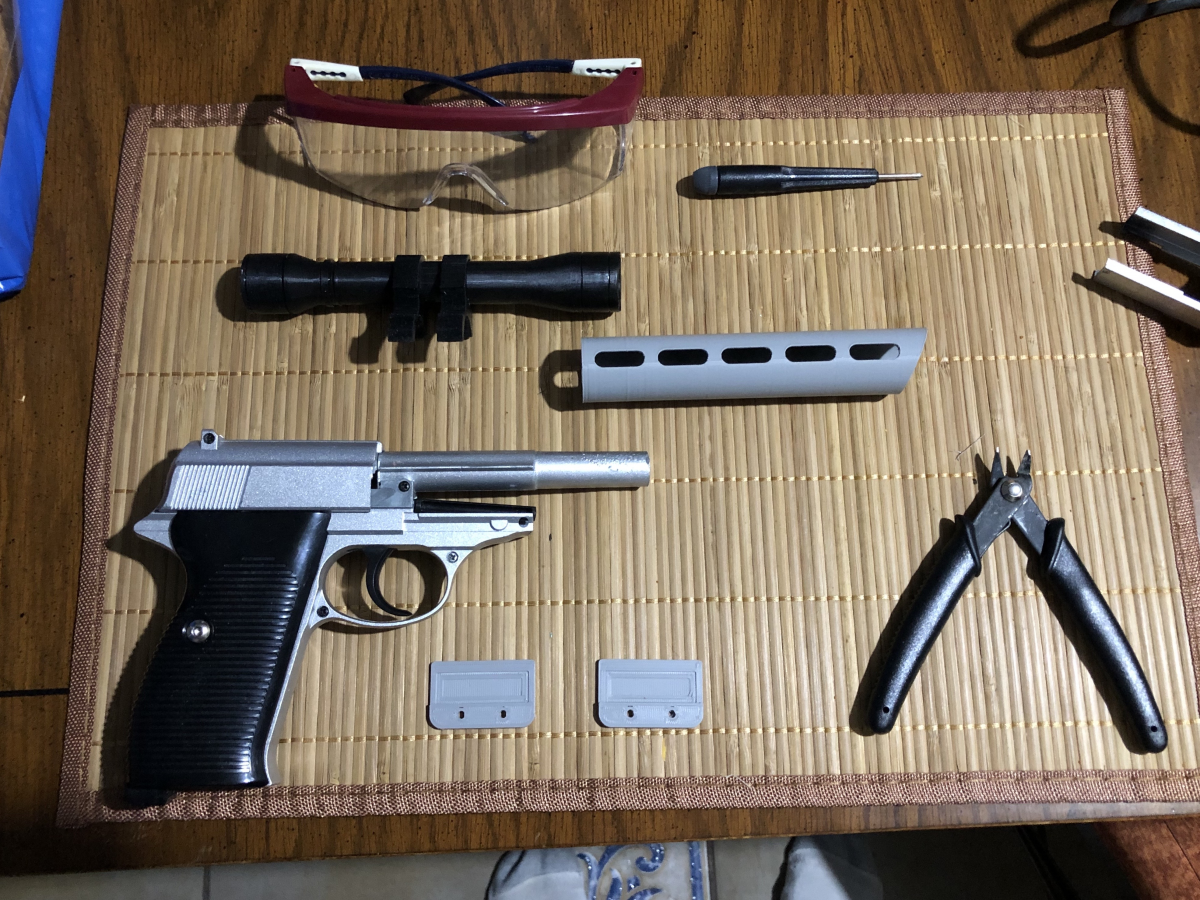 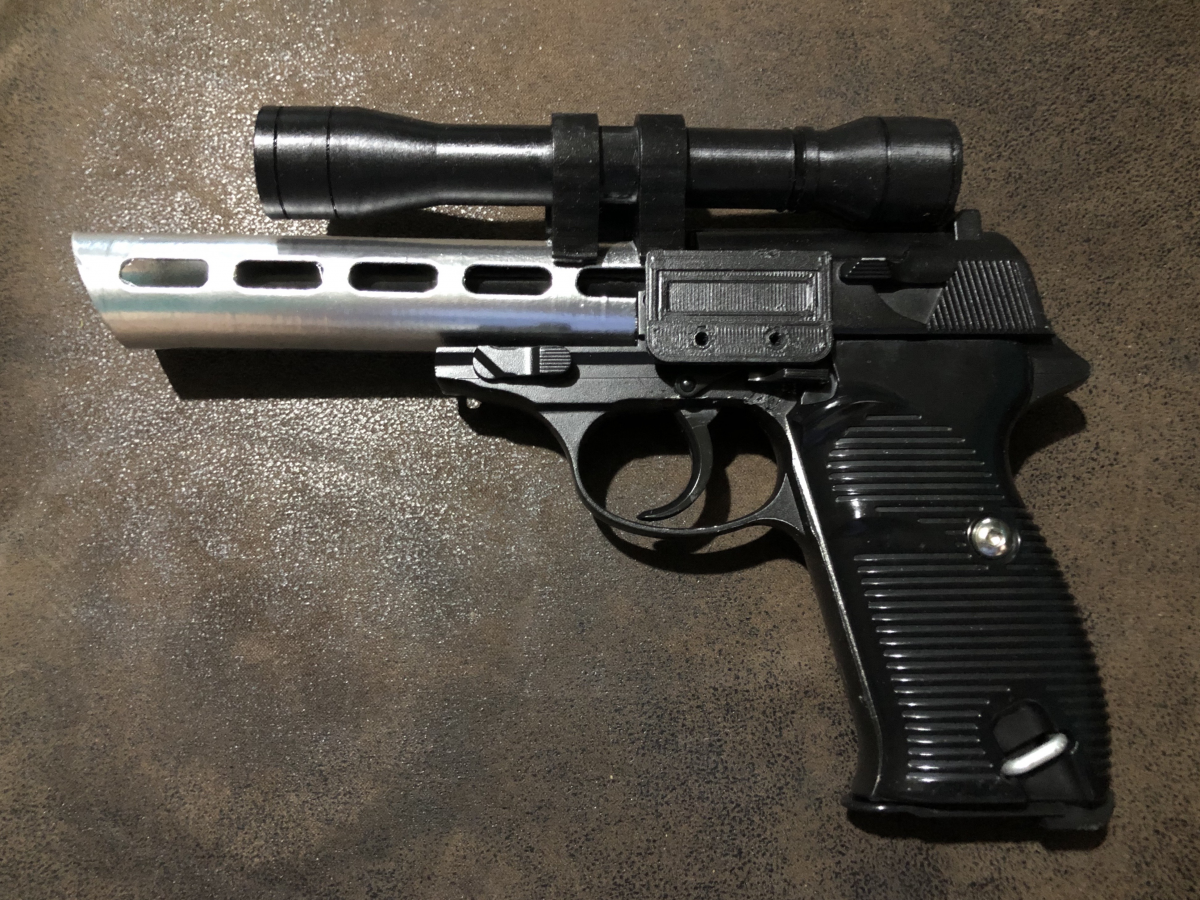 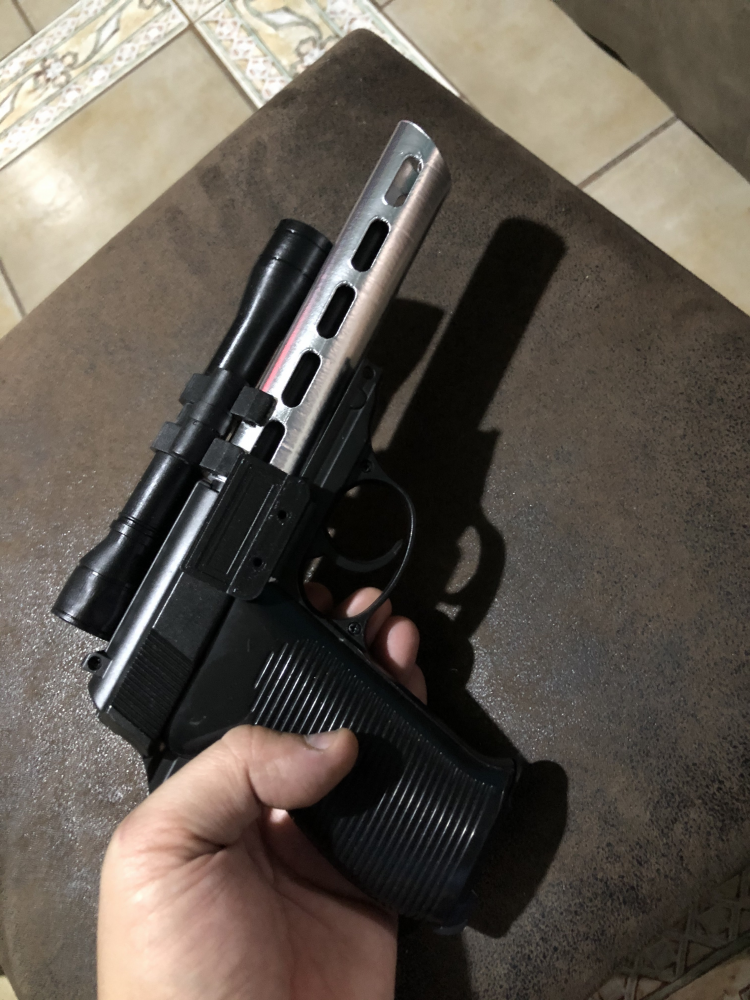 Once we get more ref images I'll probably upgrade to a Denix Replica and use metal parts where possible.

...everytime I see a Walther p38, all that I can think of is Megatron! 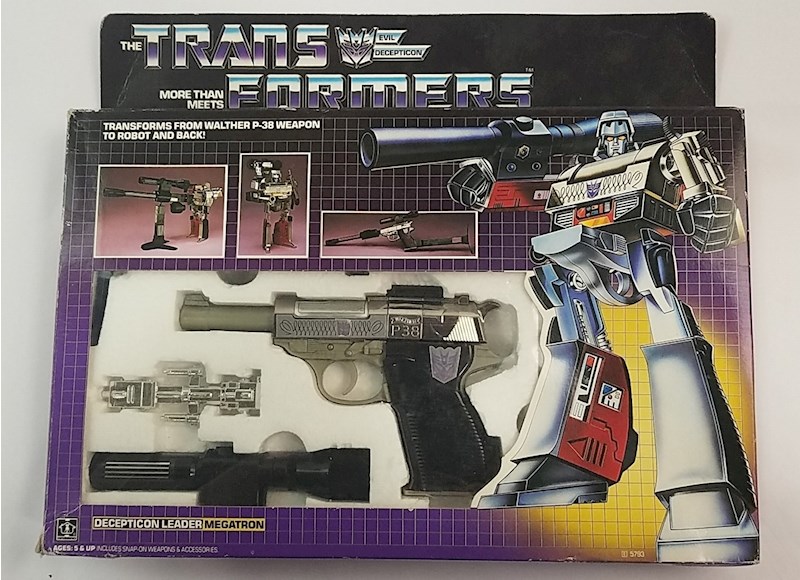 I had one of these laying around 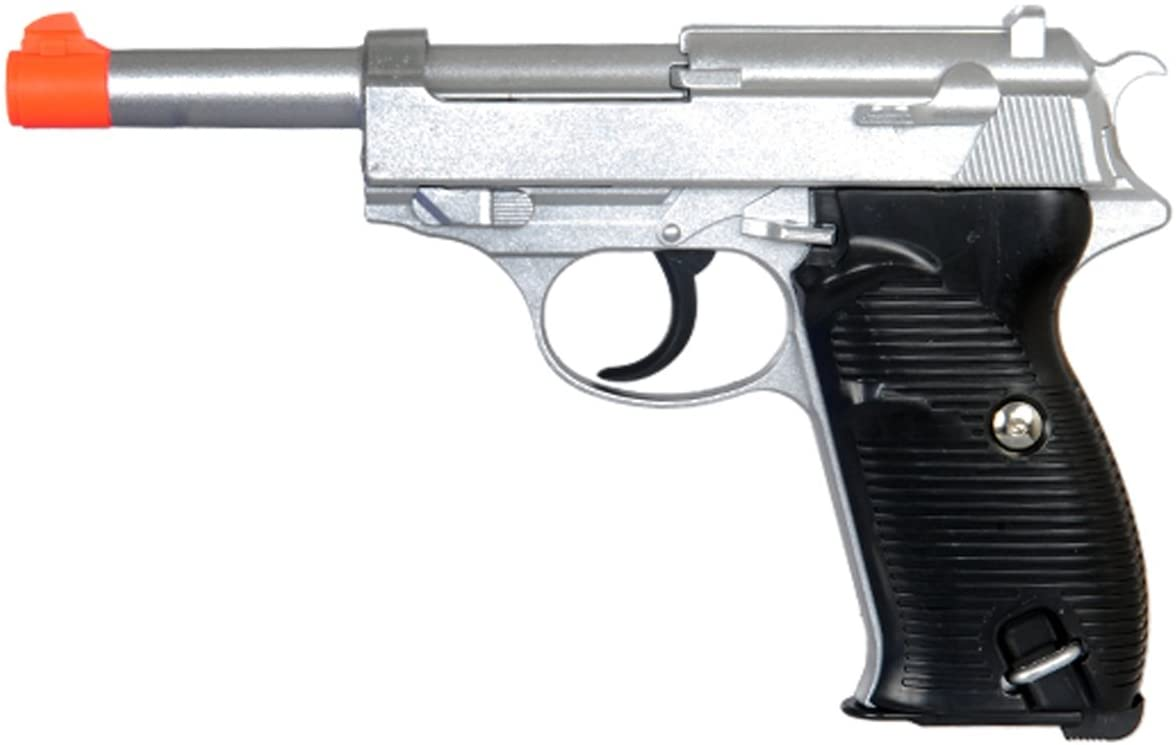 I tried to locate that grip cover they have stuck on there in the Disney Gallery photo I posted because I think it really adds to the look (and presumably thickens it up for larger hands) but no luck. Do you think that is an off-the-shelf item or they molded it on at the prop shop?

SUPER long time lurker but only just joined. More of a reader than a talker on most forums. Been getting into SW prop gun building and this one really interested me.

For the grips, I wonder if they are a contoured laser site grip that has been repurposed? I can’t quite find any that look just like it but there are some similar.

So, as far as finding the real world part that was used, remember that on Mandalorian props, you just might not be able to. In the Disney Gallery episode that handles practical effects (I think) the guy who designed a lot of the hand guns went through his process. He drew/designed them all on paper/computer, then fabricated. He didn't sit down with found parts and rented guns like the original star wars movies. So whenever he 3D printed a prop

RPF PREMIUM MEMBER
Not as good a shot, but some rear detail from yesterday's Disney Gallery. This was in the background of a larger shot. 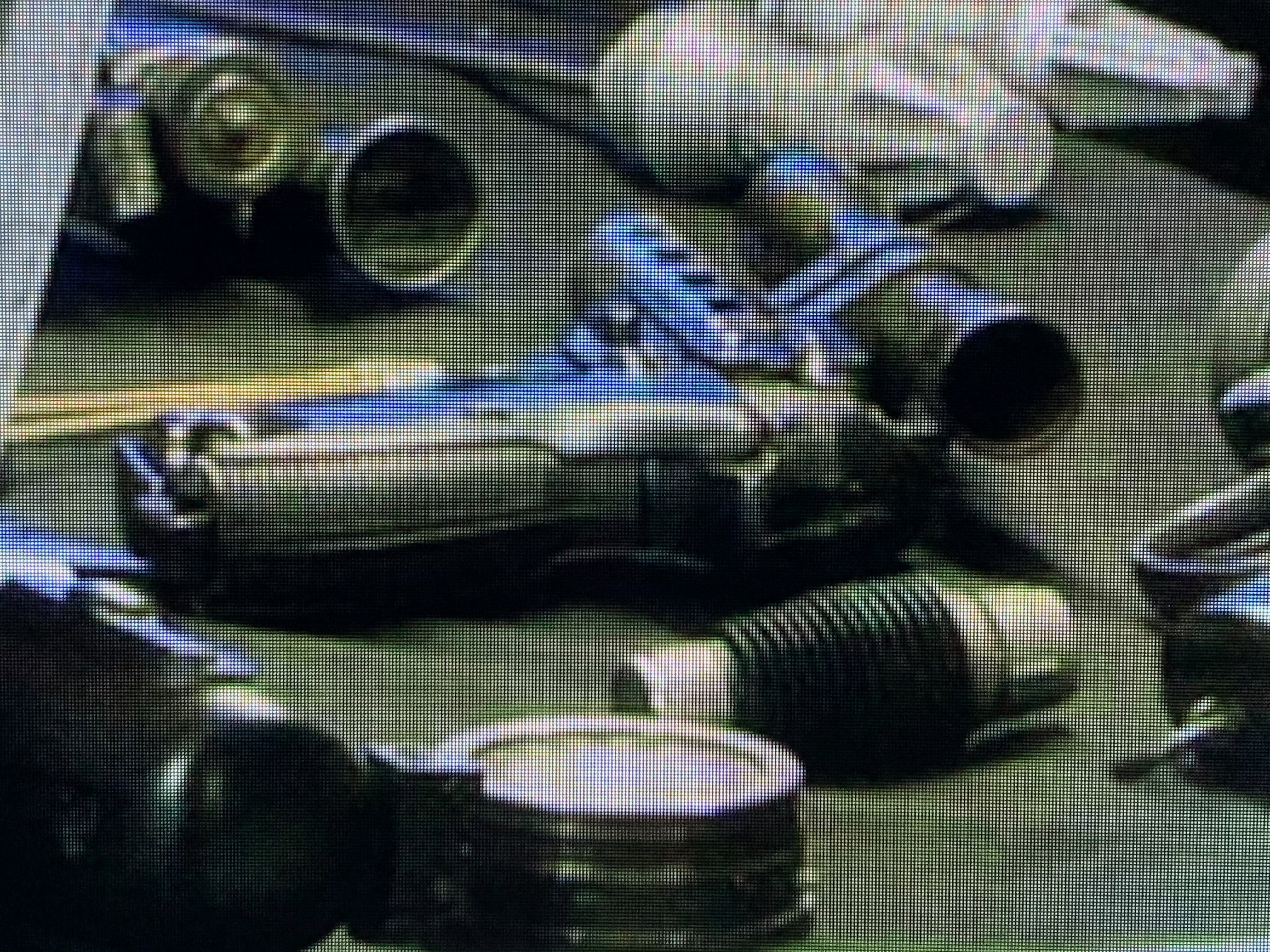 Thats a great shot, not only for the blaster but other stuff like the puck and the comlink. Thanks.

guabe said:
I had one of these laying around
View attachment 1305614
Click to expand...

Every time I see this Megatron pops into my head

Strikerkc said:
So, as far as finding the real world part that was used, remember that on Mandalorian props, you just might not be able to. In the Disney Gallery episode that handles practical effects (I think) the guy who designed a lot of the hand guns went through his process. He drew/designed them all on paper/computer, then fabricated. He didn't sit down with found parts and rented guns like the original star wars movies. So whenever he 3D printed a prop
Click to expand...

Yes and no-- he definitely didi a lot of fabrication based on his own designs, but he also was looking at real guns and OT props as well, and the intent was to build on real guns. We've ID several already, including Mando's side arm.

Yes. He based them on real world guns, but that doesn't mean the props are actually built around real world one-to-one replicas. He also isn't necessarily using thing like real world grips and add one.

For example, the Bergman is what Mando's side arm is based on, but the Mando pistol had different external dimensions to the frame, missing greeblies, etc. It's based on the Bergman, not built around one.

The idea that the guns in Mandalorian have real world found items to go hunt up and use is way less likely than any other series.

RPF PREMIUM MEMBER
The only reason they didn't use an actual Bergman is that they're extremely rare. Not so with the Walther P-38 for Moff Gideon's gun - I'd bet any amount of money that they used an airsoft or other replica.

RPF PREMIUM MEMBER
Yeah, airsofts seems most likely to me. With all other ways they are going for authenticity with the show, I feel like they wouldn't rely solely on 3D printed/fabricated parts.

RPF PREMIUM MEMBER
Exactly - just look at the staggering number of real-world guns (some being air guns) that they used in the production of the show that have been identified here: