I'm hoping I can get some help ID'ing the base pistol used for Moff Gideon's blaster? Same as with the DarkSaber very little is scene on screen and Im hoping we can get more out of the Disney Gallery Series.

So far these screens is all I have: 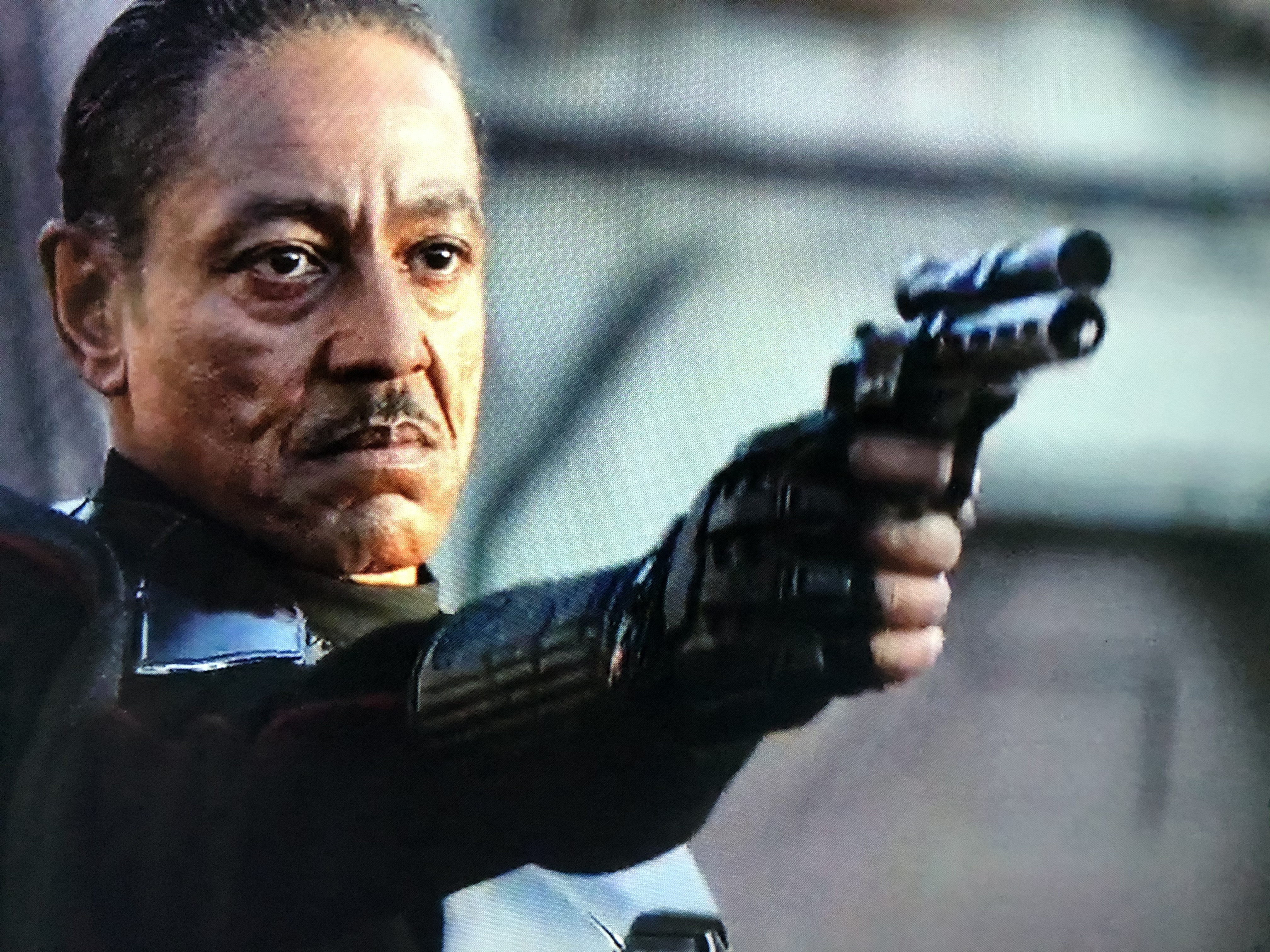 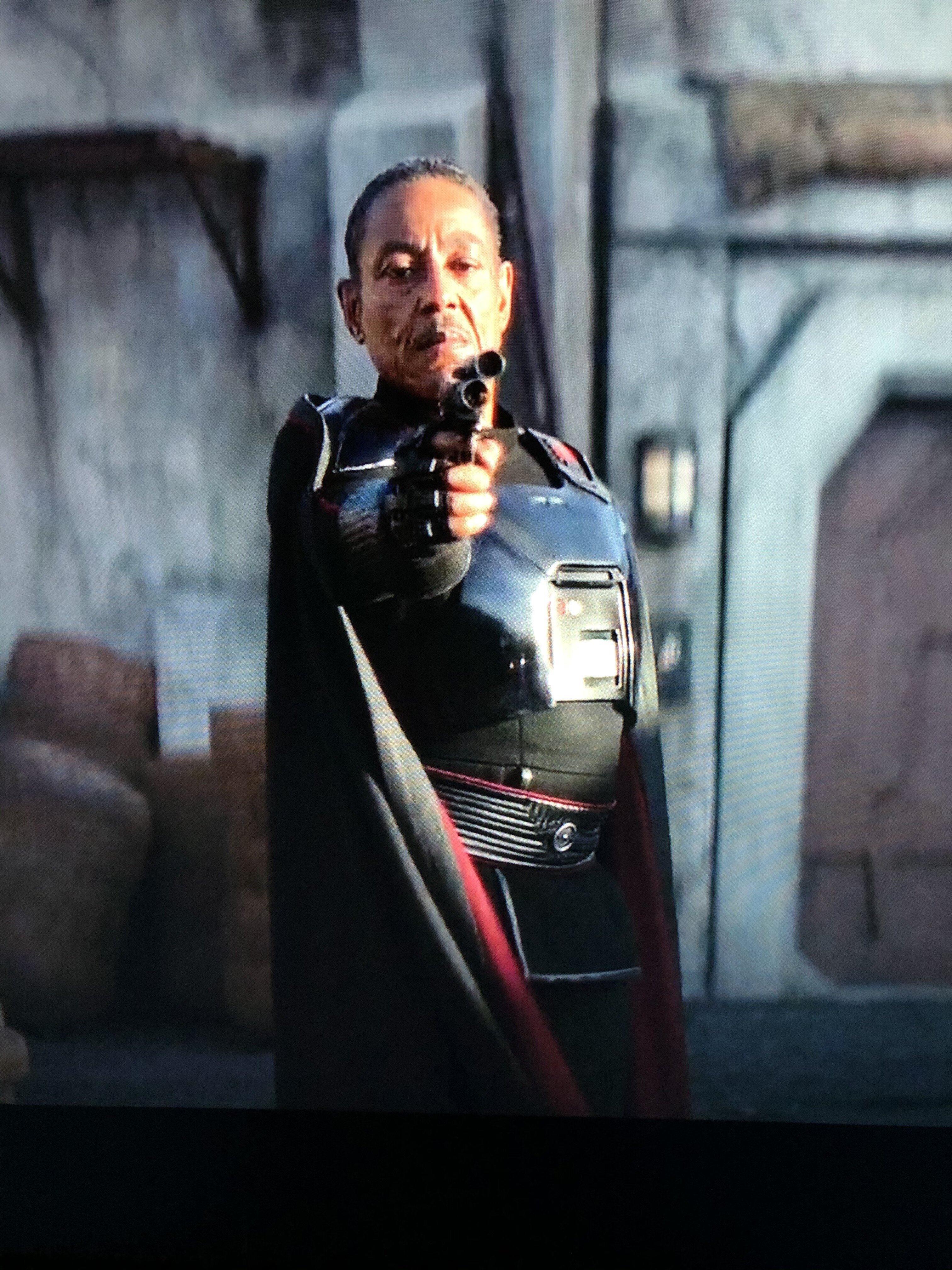 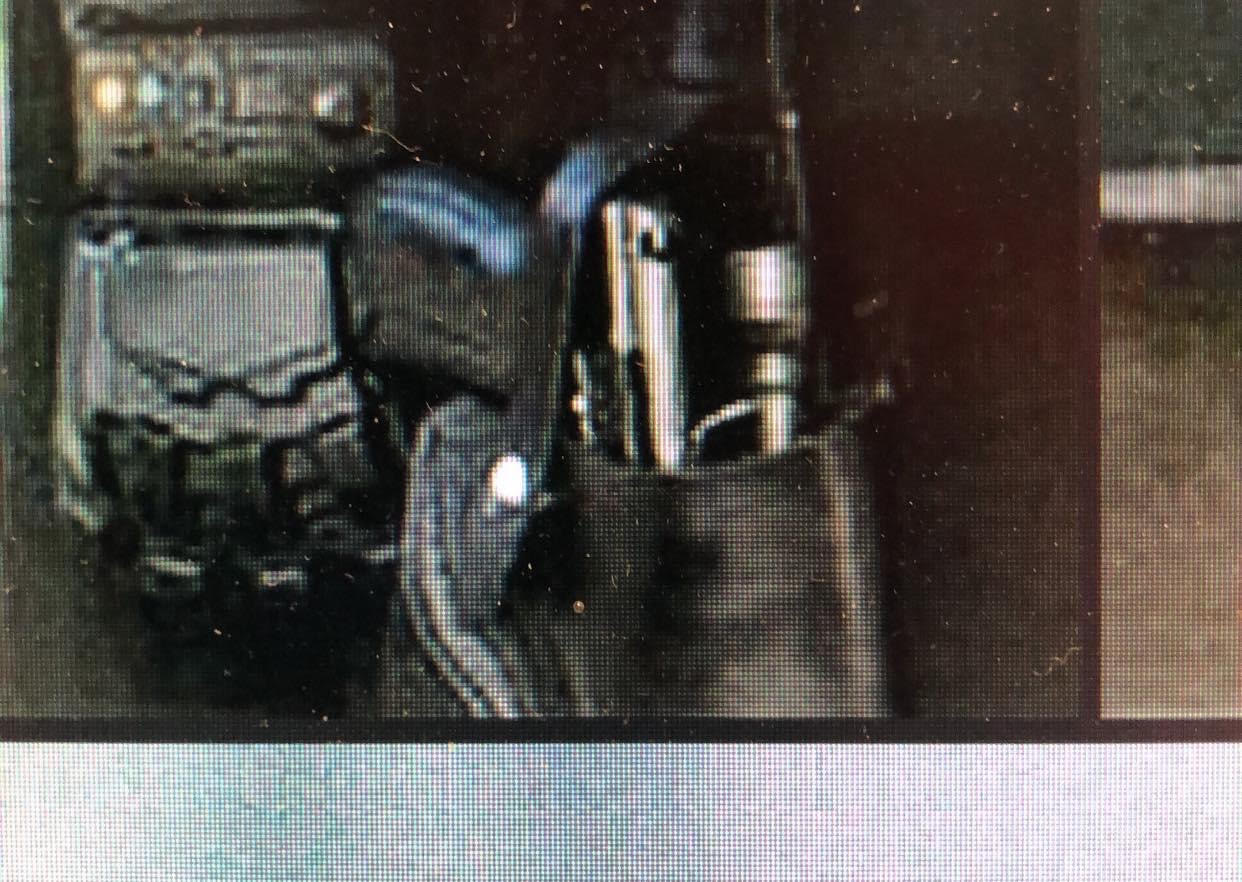 I'm guessing something similar to a P-38 Walther?

RPF PREMIUM MEMBER
I think you're on the right track, it definitely looks like a P38 grip frame to me.

fund a much clearer pic , but the grip looks different... thoughts? 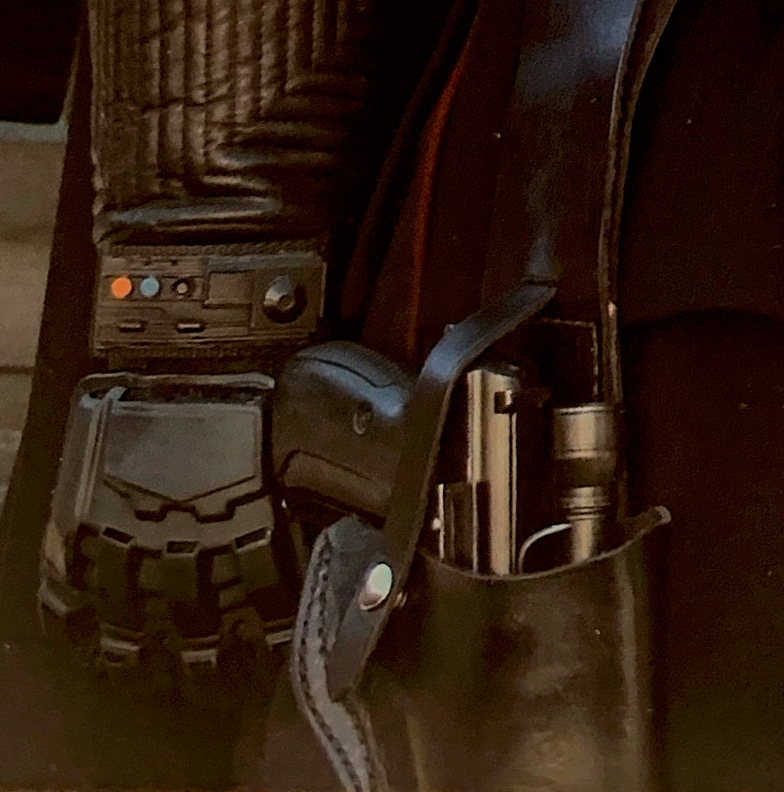 Perhaps a p38 with custom made grips? I'm looking at modern p38's and the overall shape and profile looks right to me, it just has unique detailing. 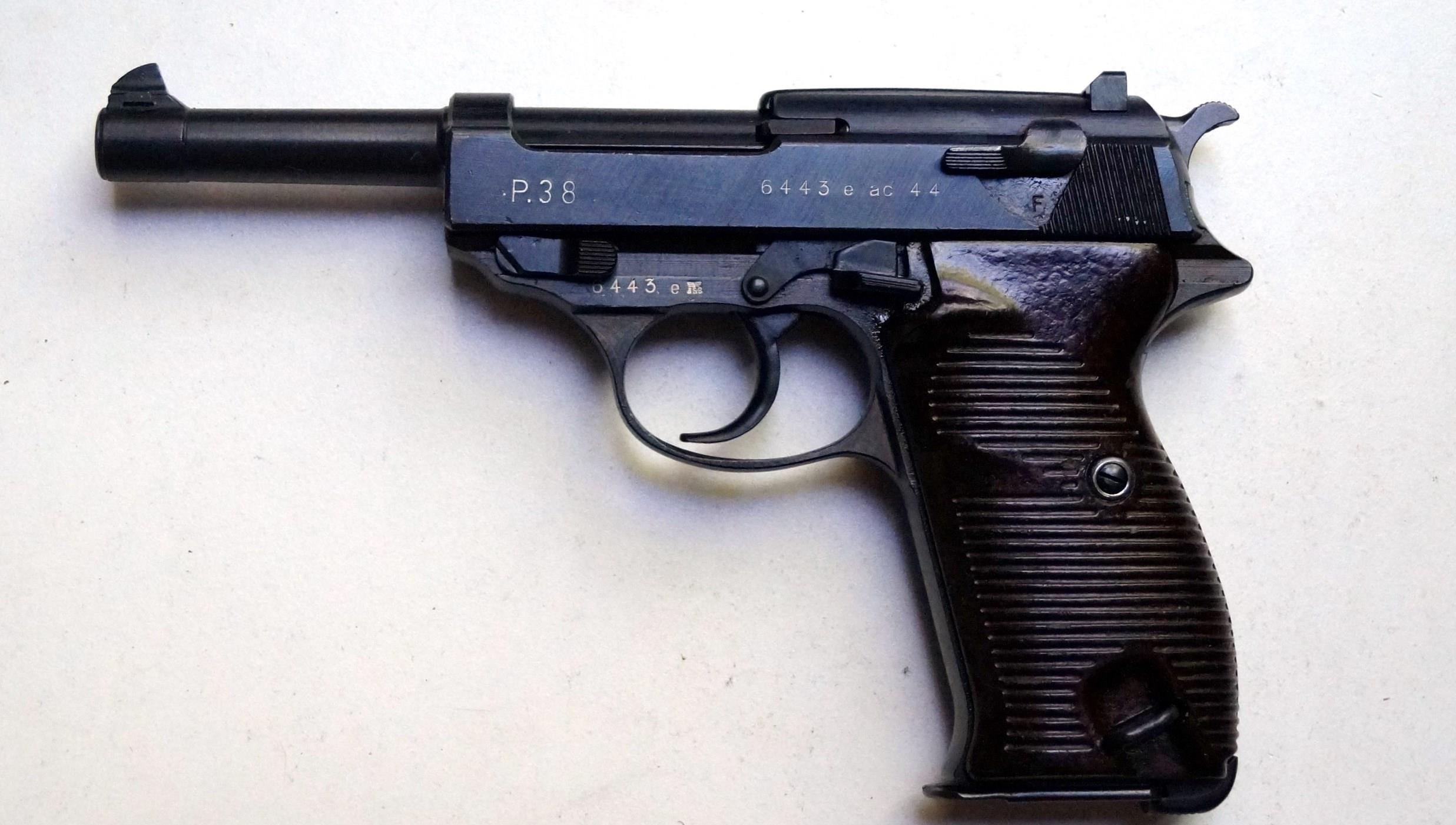 Anyone else notice the ridges and flats on the scope, almost as if it's polyhedral? I think it's 3-D printed. Which means it may or may not be based on a real scope.

RPF PREMIUM MEMBER
Okay, having looked at the clearer photo I've come to the conclusion it's a Bersa Thunder .380. 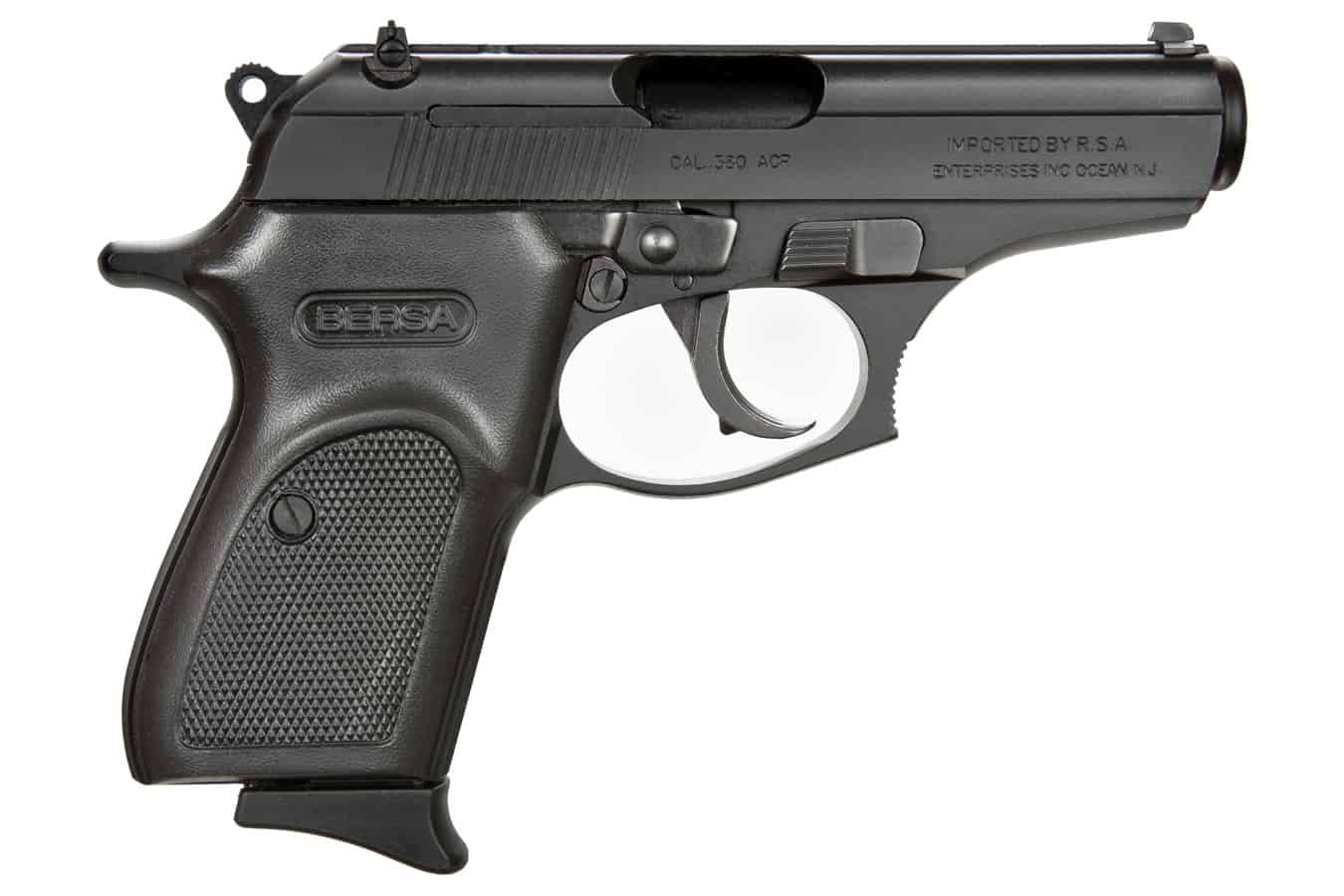 The only thing off is the rear sight on the Bersa seems adjustable for windage but Gideon's blaster isn't.

Edit: Firestorm, not Thunder. This is absolutely it. Has to be. 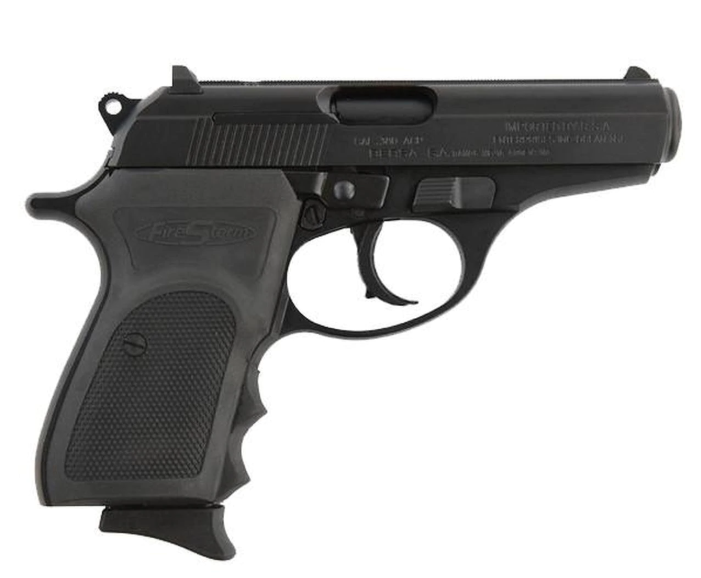 Edited edit: Could also be the Thunder, but the Combat Plus model. Fixed rear sights are the same. 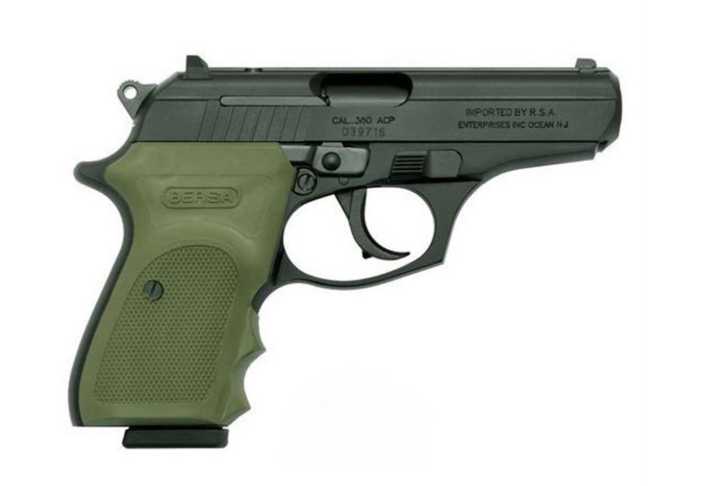 and they made new grips for it then? I mean the top side and the screw location is spot on but the grip is totaly different.

RPF PREMIUM MEMBER
Well, they made new grips for the Bergmann, so it's within the realm of possibility.

RPF PREMIUM MEMBER
They would need to have grips that don't have the Firestorm name on it. Gonna poke around see if I can find aftermarket grips that look like that.

As an aside, the gloves look like armored paintball gloves, in case they haven't already been identified... 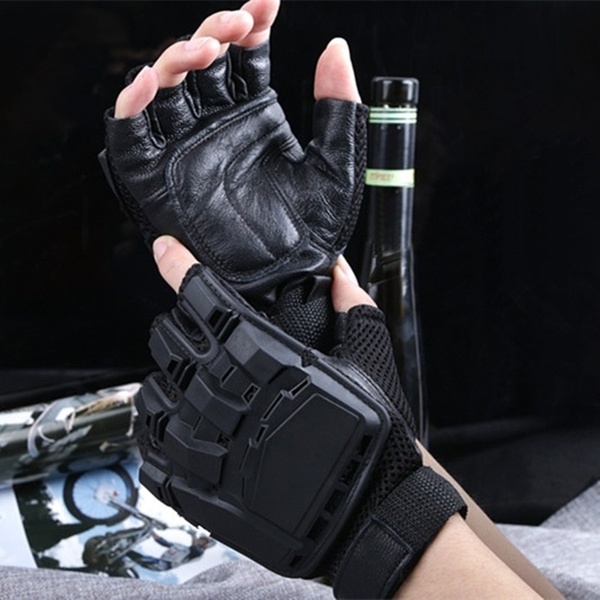 RPF PREMIUM MEMBER
Dang a 380 is tiny, I wouldn’t have guessed that

gunnerk19 said:
They would need to have grips that don't have the Firestorm name on it. Gonna poke around see if I can find aftermarket grips that look like that.

As an aside, the gloves look like armored paintball gloves, in case they haven't already been identified...
Click to expand...


Yes, I already have the gloves, though the ones you show are a bit nicer, mine are all cloth on the inside... but identical everywhere else.

Found a clearer image, but not much different 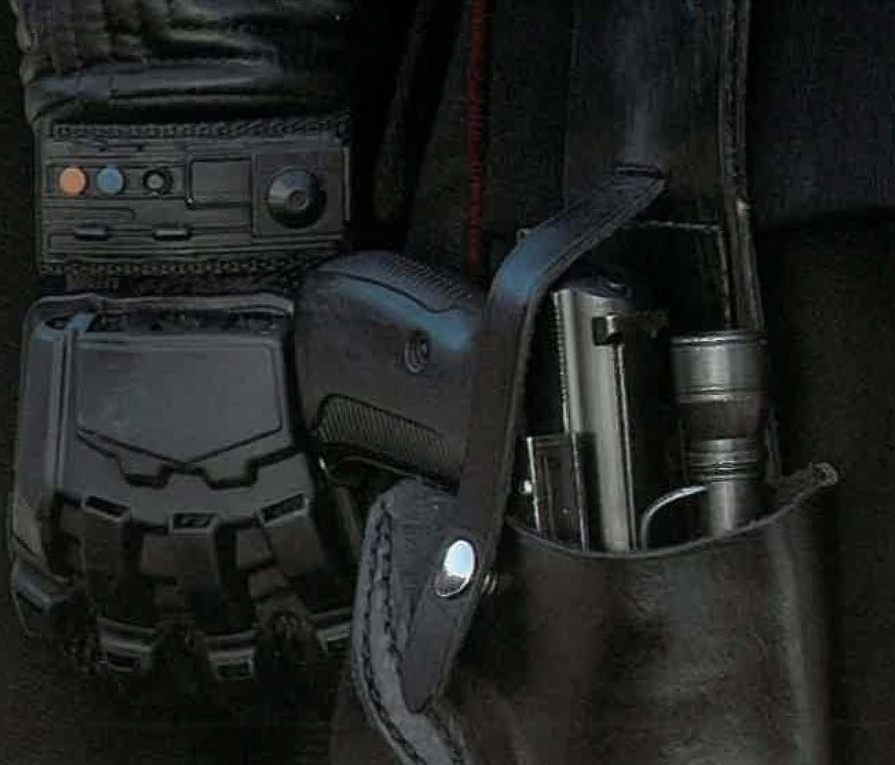 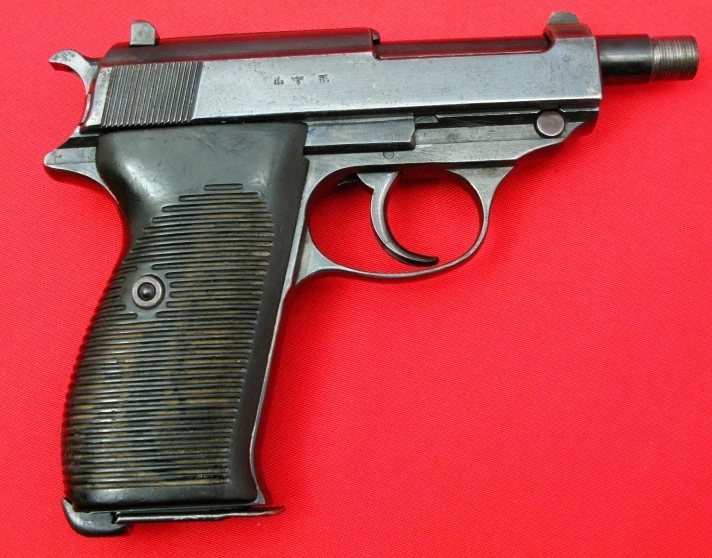 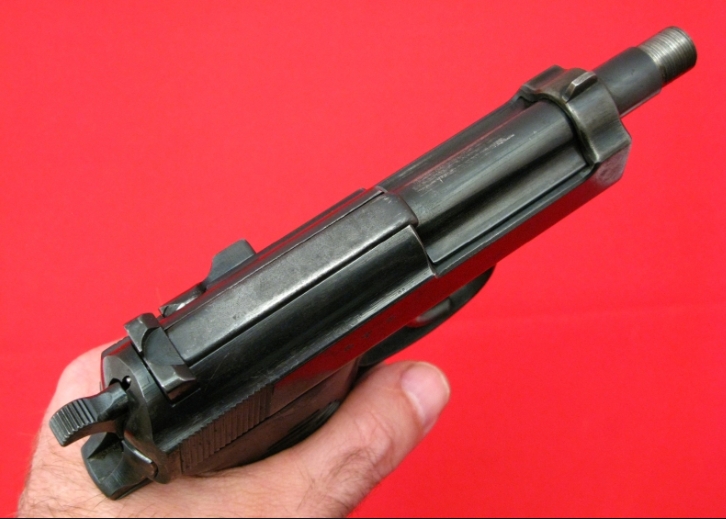 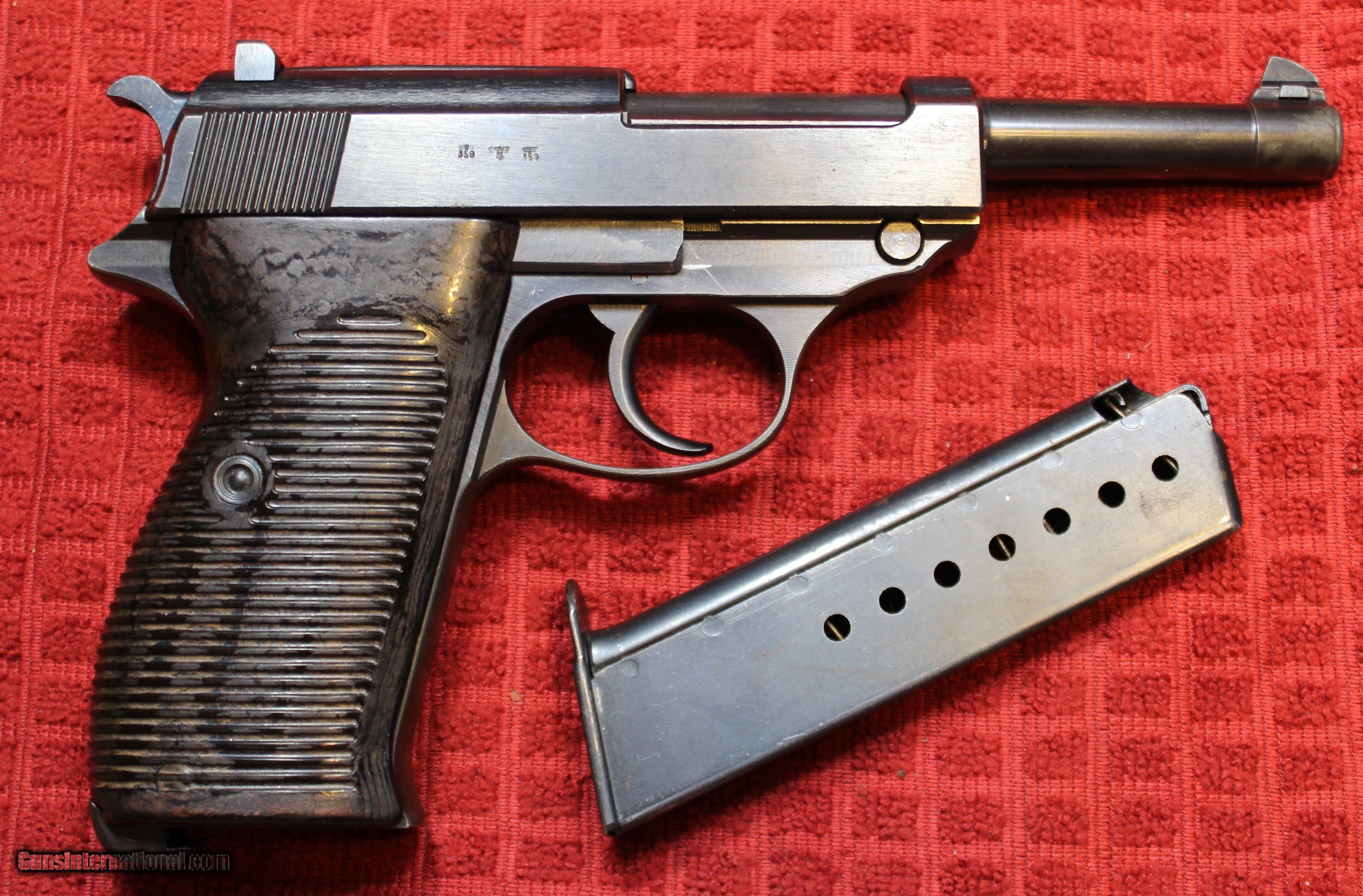 Here are the things that I believe are evidence.

1. Green arrow points at a bellow surface dimple not a screw
2 yellow circles surround the ribs of the grip, and these have covers on top and this is why the dimple looks hidden
3. green key shows the ridges are near the back sight
4 red arrow shows the hammer pin (whatever this is called 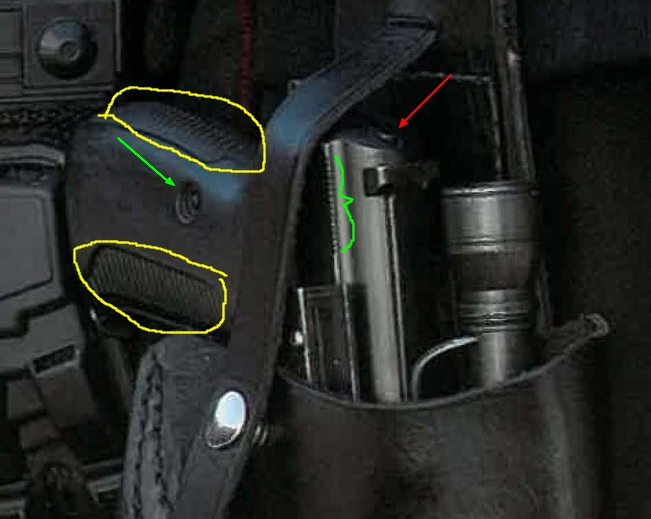 And last but not least from another pic, this shows the top of the grip and it looks identical to the second picture

Well anyways the AC44 looks almost identical to the 42 for that matter.. so I guess both should work.
Last edited: May 8, 2020

I thought for sure it was the Bersa, but like Halliwax said it's tiny in comparison.

It's too bad props such as this get so little screen time.

Now on to the greeblies and scope...

guabe said:
3. green key shows the ridges are near the back sight
Click to expand...

Those are the slide serrations, for racking the slide to chamber a round. Works good as some sort of heat dispersal componet on a raygun too.