OK, so it seems we're all going crazy for the Mando. (Turn off that self destruct!) I really like his sidearm, but none of the models out there seem to be hitting all the points I want in accuracy of detail, so I'm going to do one myself.

FULL REVEAL of FINAL MODEL and FEATURES! TAKING ORDERS and PRINTING has BEGUN! 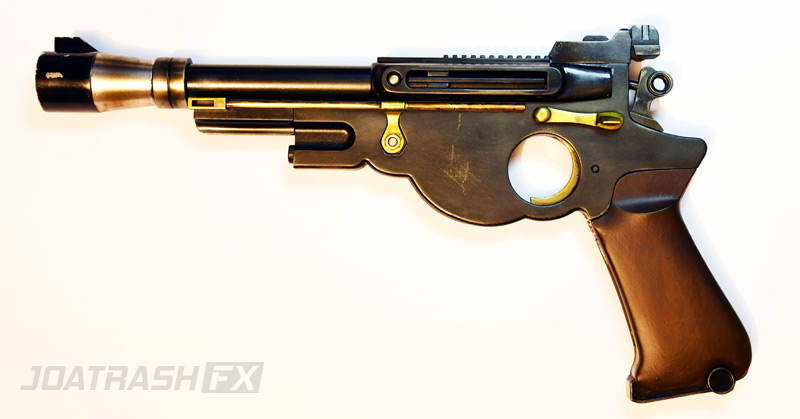 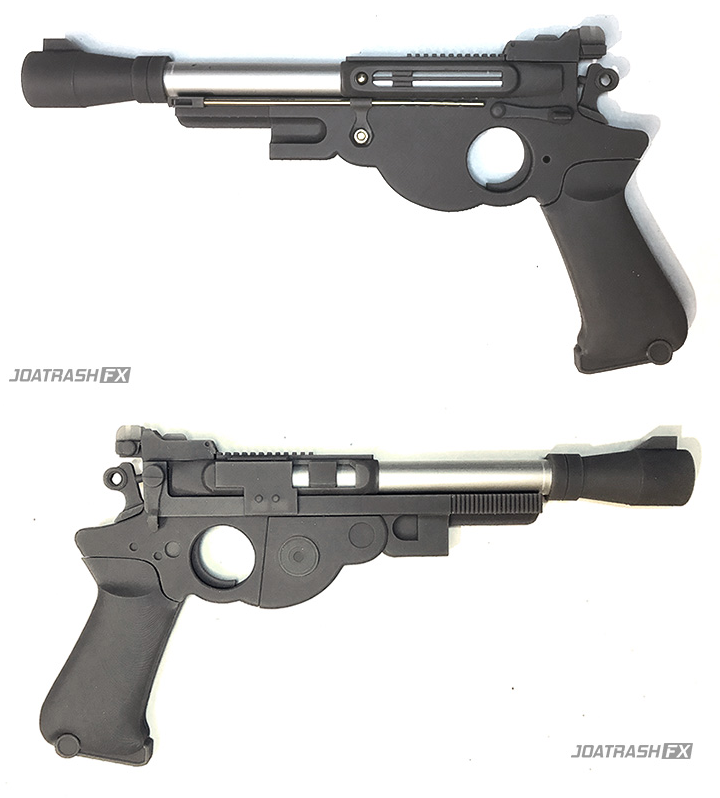 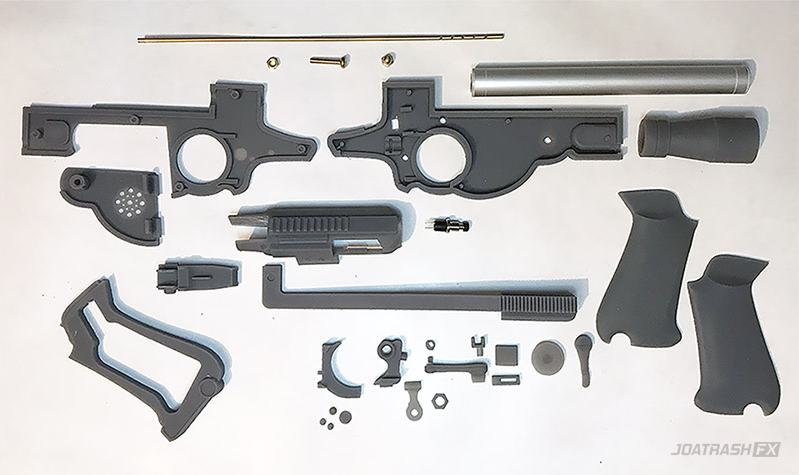 (Note: I forgot to insert the small rivets in the sides and include the little "front nub" in these photos, in case anyone is wondering. They are of course included!)

Final cost is $385 US, including worldwide shipping. (It's fairly large and will use a lot of resin with several "print plates" needed and it will not be mass-manufactured since I can only manage maybe 2-3 per week. Kits will ship in order of full payment.

PM ME if you want one!


You can also follow my BUILD THREAD for more photos and info:
Mando Blaster, in Multiple Parts, Real Metal Beskar Ingot and Whatever Else I End Up Doing...


I realize that others around the 'net started making this ages ago, and I waited until after the last episode to finalize the last details after working every spare minute for the last couple of months on the model. I hope that those of you who know my commitment to detail think it was worth waiting for! I didn't want to rush it, and indications I've gotten from a few folks "behind the scenes" seem to hint that I got right the smaller details I was fretting over.

Note: Those that committed early, before the model was done, got it for a little less than the final cost, plus an additional "secret" perk, as thanks for trusting me to come through.

My special thanks go out to all of you for the trust and praise!


If you have any questions, drop me a message!

RPF PREMIUM MEMBER
Would molding one of your prints and casting the copies in standard resin be a lower cost option? I know that UV Resin isnt cheap.

Kylash said:
Would molding one of your prints and casting the copies in standard resin be a lower cost option? I know that UV Resin isnt cheap.
Click to expand...

I actually thought about it, but don't think it would be viable. The last time I tried casting I had an allergic reaction to the resin (maybe it was just the Smooth-On type I was using, because it never happened before) just from it being airborne... and my work space isn't really set up to deal with the health hazards that come with doing lots of casting- it's messy and I'm only "OK" at it. I did reach out to a friend but he couldn't take it on. In the end though, they would still end up costing 200-ish, even as a 1-piece, due to the overall work involved- especially if I had to bring in a third party. (To be honest... only a handful of people around here could do a casting high quality enough to make it worthwhile.) Believe me, I know the print resins I use are crazy expensive, but the things I do these days don't really lend themselves to casting-runs. The general interest for super-accurate, highly-worked pieces is low, so I usually focus on doing a few, really nice copies.

Noted, and thanks! OK, seems there are enough committed to the run so far for me to make it a higher priority that I was initially counting on, so I'll go back and forth between this and the Blade Runner Voight Kampff as my main modeling projects for the time being. I've spent the day taking screencaps, collecting other reference and prepping background from which to model from. (There's always a lot of tweaking and perspective correction before modeling proper can begin. I also tend to spend hours just looking at details, thinking about how to implement them.)

Oh... and I think I'll try to make the main barrel metal if I can find suitable stock of tubing. It'll serve to make the entire frame more stable and feel better.

Always been happy with the stuff I got from you. I’d like to commit to this. Thanks!

Just to reiterate... I know there are copies out there already being made, but I don't want to rush this, so much appreciation for staying in for the long haul (that hopefully won't be THAT long). I want to make THE most accurate kit out there, in multiple parts, with all the bells & whistles I can.

Maybe... but it would be dependent on time, of which I don't have a lot of . It's actually not a hugely difficult blaster to paint overall, but I couldn't give a cost at the moment... count on the resin parts X 2 or 3.
Last edited: Nov 28, 2019
U

Sent you a PM regarding that. Please get back to me, then I can put you on the list. Thanks!

Just a small update. While waiting for the first sample of my metal Beskar ingot, I've been making steady progress on the blaster model. I'm also going to look into the possibility of maybe, maybe, maaaaaaaybe doing a version in aluminum. Again... that's a maaaaaaaybe, depending on how the foundry I'm working with delivers on the ingot, and would probably almost double the cost.
Z

I'm interested in a metal version of it ever comes round

RPF PREMIUM MEMBER
I am serious and will commit !! Great Blaster...