RPF PREMIUM MEMBER
Made another few models for my ever expanding print queue.
Going to start modelling the masks this evening. 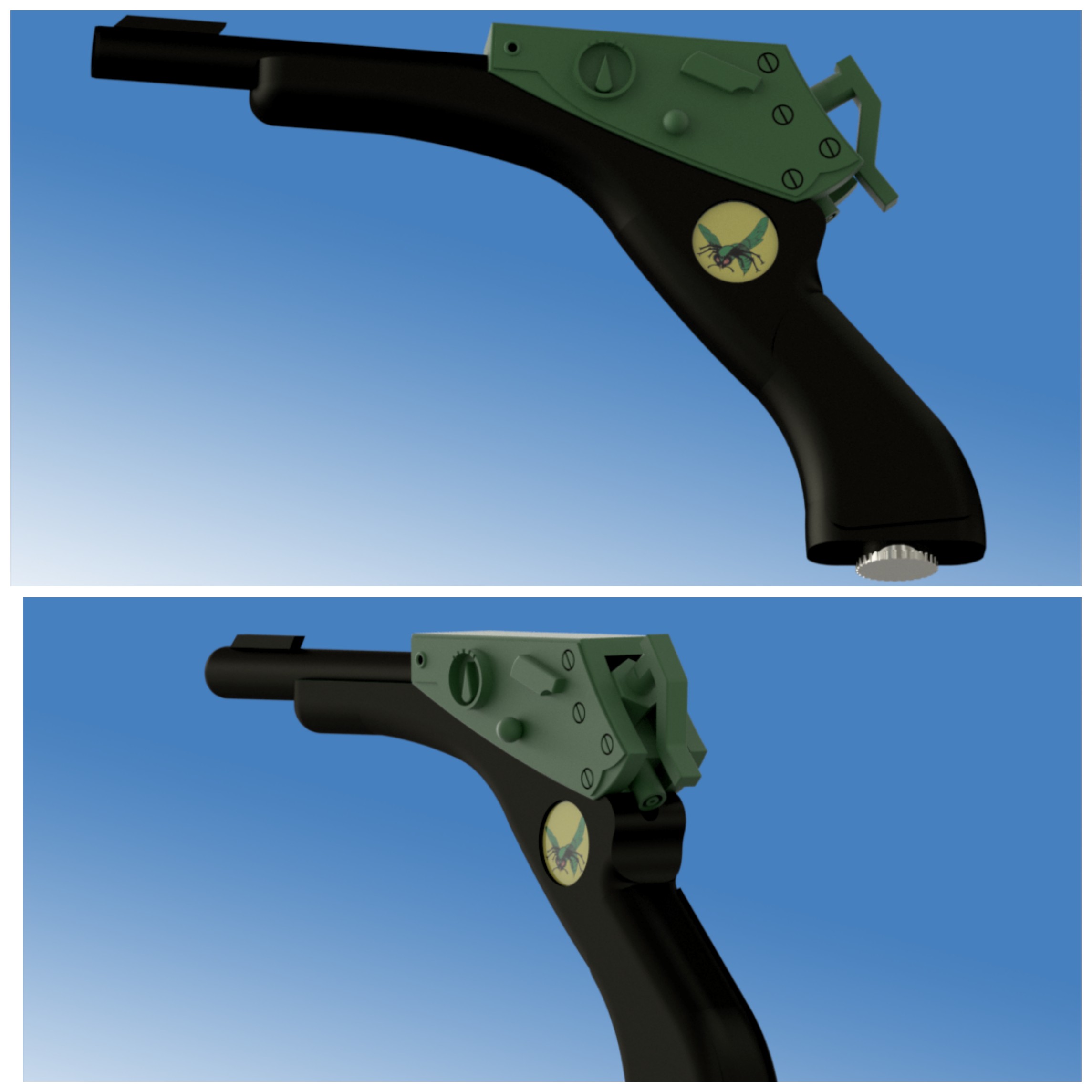 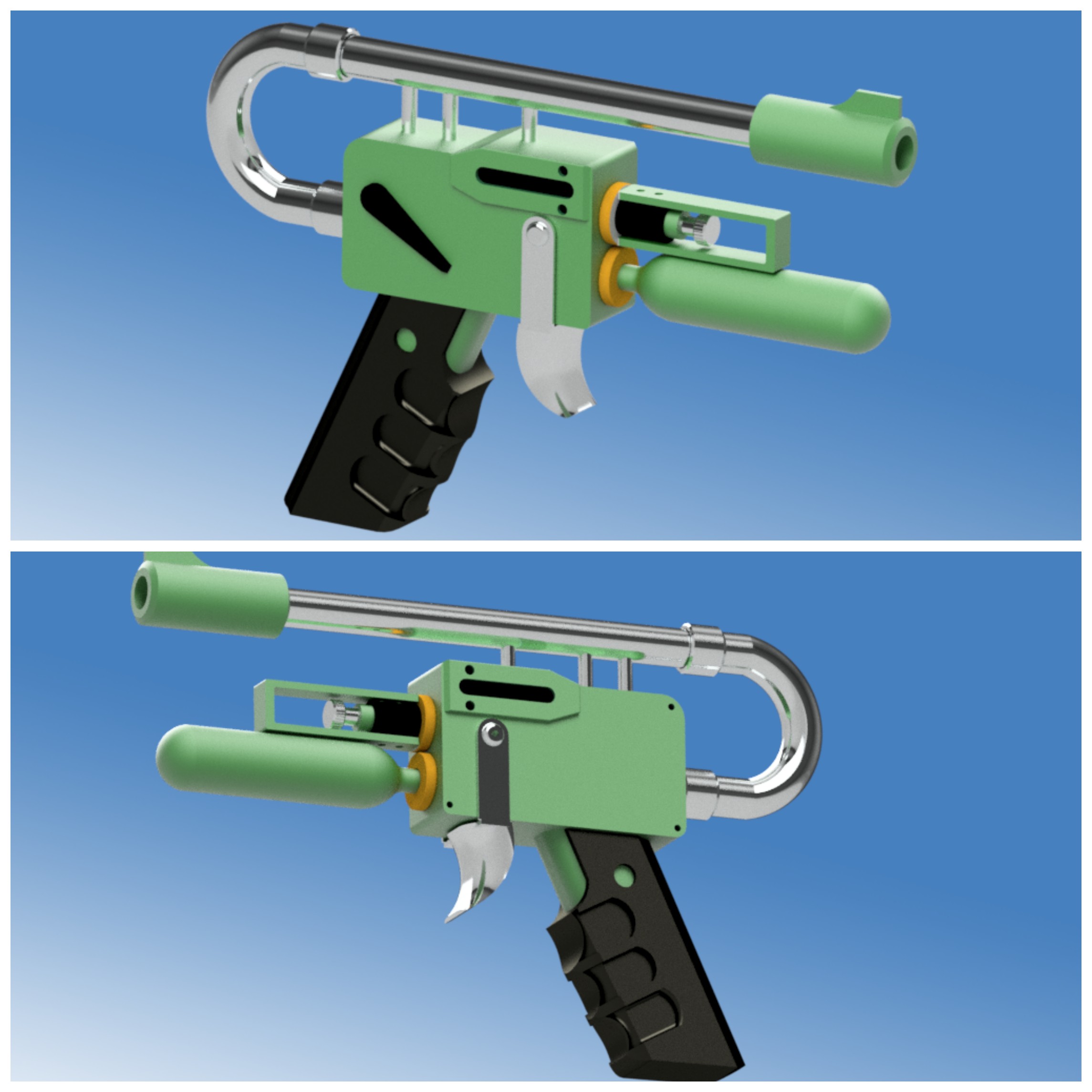 Nice renders.
.
Looking at the second one, it seems like there would be enough internal space available to actually make it
shoot some form of baby powder.
The upper portion of the design could be set up as a Venturi Tube and could draw in the powder from the main body.....
Using replaceable CO2 cartridges and air release valve would force air though the main Venturi tube and create a vacuum
to pull powder up and out (just thinking out loud)
Last edited: Jan 7, 2020

RPF PREMIUM MEMBER
I was actually measuring some CO2 cartridges and reckon I'd be able to fit one in the handle of the 1966 gun, and have that shoot the babypowder.
Im pretty sure the 2011 was built using all found and applicable pieces, so making one work and look accurate, wouldn't be a stretch
K

They tried using colored gas in the original version. The problem was that they were filming in low light in most cases, so when they fired the gun you didn't see anything. You just heard a hiss and the actor would drop, they then switched to green powder for the visual effect. There were two versions of the gas gun. One where he preformed a weapons check, it had a removable magazine. For the firing version, they ran an air hose up Van Williams sleeve to the gun.

NuadaDesigns
If I were to take on the challenge of making a "working" powder gun to resemble the 2011 one, I would have to redesign
all the internal proportions to make it function as a working gas prop.
.
The outside surface "look" would be unmodified and would of course have to be entirely 3D printed to create all the internal
nooks and crannies to contain the trigger air valve set up, powder chamber and Venturi.
Pressing the trigger would give you an immediate "burst" of powder and no batteries required to release the "effect".

Didn't the company that makes all those Halloween props make a gas gun from the 2011 film?

Would a Microfogger fit into either of these?

Shyaporn said:
Would a Microfogger fit into either of these?

That would definitely fit in the 2011 one. Came across smaller ones again (used for magic tricks) on AliExpress, so I might test one out when I do get it printed

Advice on making mold of a cube.