The Good, The Bad, and The Ugly - Tuco: "The Trio" Duel Outfit

RPF PREMIUM MEMBER
As mentioned four years ago in RSutter thread for his Blondie outfit, I was inspired this Halloween to finally push forward in getting this costume together. Unlike RSutter, I look nothing like Eli Wallach.

Not unless you're me! I've always been fond of the character. The Good, The Bad, and the Ugly is a Looney Tunes short to me. He is Daffy Duck to Blondie's Bugs Bunny, and Angel Eyes' Yosemite Sam. The dynamic is just filtered through Leone's vision of the West. Of course, the iconic, seminal image of that film is unquestionably the duel at Sad Hill Cemetery. Thus, it is the costume I identify most with Tuco (and like).

...It's also something I've never seen anybody else do. This is my attempt at it with stuff as close as I can get to the real thing. Things are either vintage items or modern recreations modified to match the film's costume details. Like many things for Tuco throughout the film, there are outfit details specifically for him and they're to make him look as bad and poorly as possible. His clothes are always dirty, torn, tattered, beaten, battered, ripped and filthy. His whole sequence tracking down Blondie has half of his foot protruding from one boot. The idea for his final get-up is no different and the idea is that it was something that he likely stole from clothing lines or from corpses. The various pieces are filthy and ill-fitting.

The corduroy jacket is a vintage item I found online (from late 60's or 70's, I believe) and it had the closest matching details I could find: single-breasted closure, correspondingly placed pockets, the only thing that didn't match was that it is single-vented in the back and not sporting a rear flap like the original. It's also not striped but I couldn't find anything like that in my time looking for it. However, it is a good color.

The real jacket was tailored to appear small on Eli Wallach and I did matching modifications to mine. The shoulders were cut to sit higher, sleeves cut and hemmed above the buttons to make them look shorter, and the bottom of the jacket was cut to be shorter with the front closure rounded; it's short enough that the ends sit about my wrists. The interior side pockets were cut shorter, a hole was placed in the right pocket for the pistol to slide through; the lining and shoulder pads removed so that the jacket wears looser. I also cut a split in the back near the right sleeve like the final outfit sports.

The shirt was bought through a kinda sketchy online store, though I can't remember what now, and it is period accurate to the film's setting. I don't think the real shirt has the thin ribbing on the button closure that this does but it does have the correct mandarin collar and correctly sized cuffs. The only mods I made to this was the replacing and widening of the respective buttons and button holes. I exchanged the stock buttons with the correct larger mother of pearl buttons the film shirt has. I also aged it in a pot of coffee to cut down the bright white it was.

The pants was something that took a very long time for me to find. I have numerous "trial" pants I bought thinking they were something from Italian/Spanish fashion of the time of filming. From denim to flecked chinos, none really matched until I recently looked up exactly what I was looking at into Google: "High-waisted, brown trousers, slit pockets."

Turns out a company still makes the exact trousers from the film for re-enactments and living-history museum events. They're brown canvas trousers. Period accurate, too. The only modifications I made was the addition of the belt loops for the 2-inch tall, brass-buckled belt (something newer I bought online). These weren't on the trousers at the time but I think it was a costumer's decision to add them in the film to hide the suspender/bracer buttons. To get the right color, I let them sit under the sun over the summer for two-weeks to bleach the front and back.

Here are a couple outside shots to get a better sense of the color: 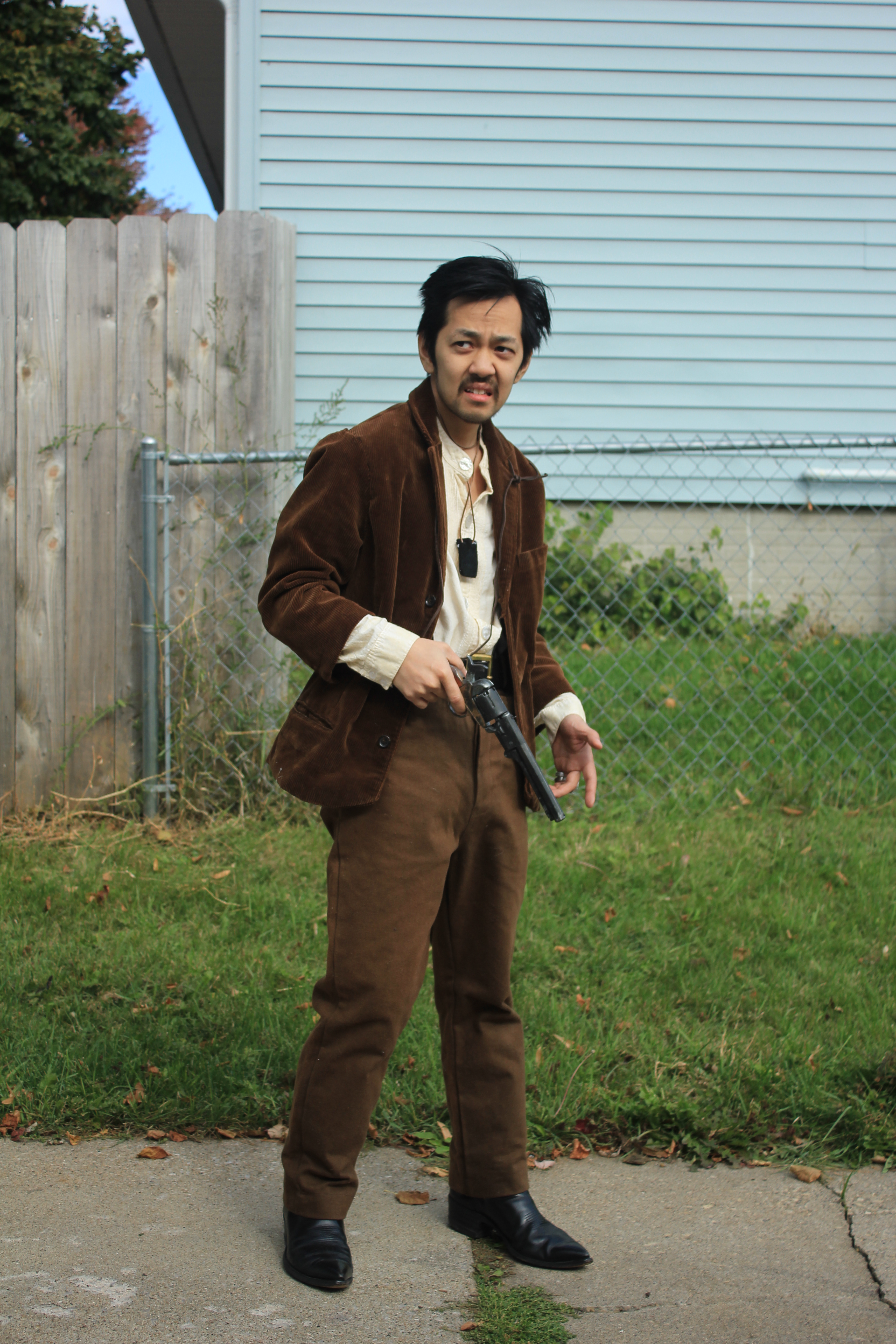 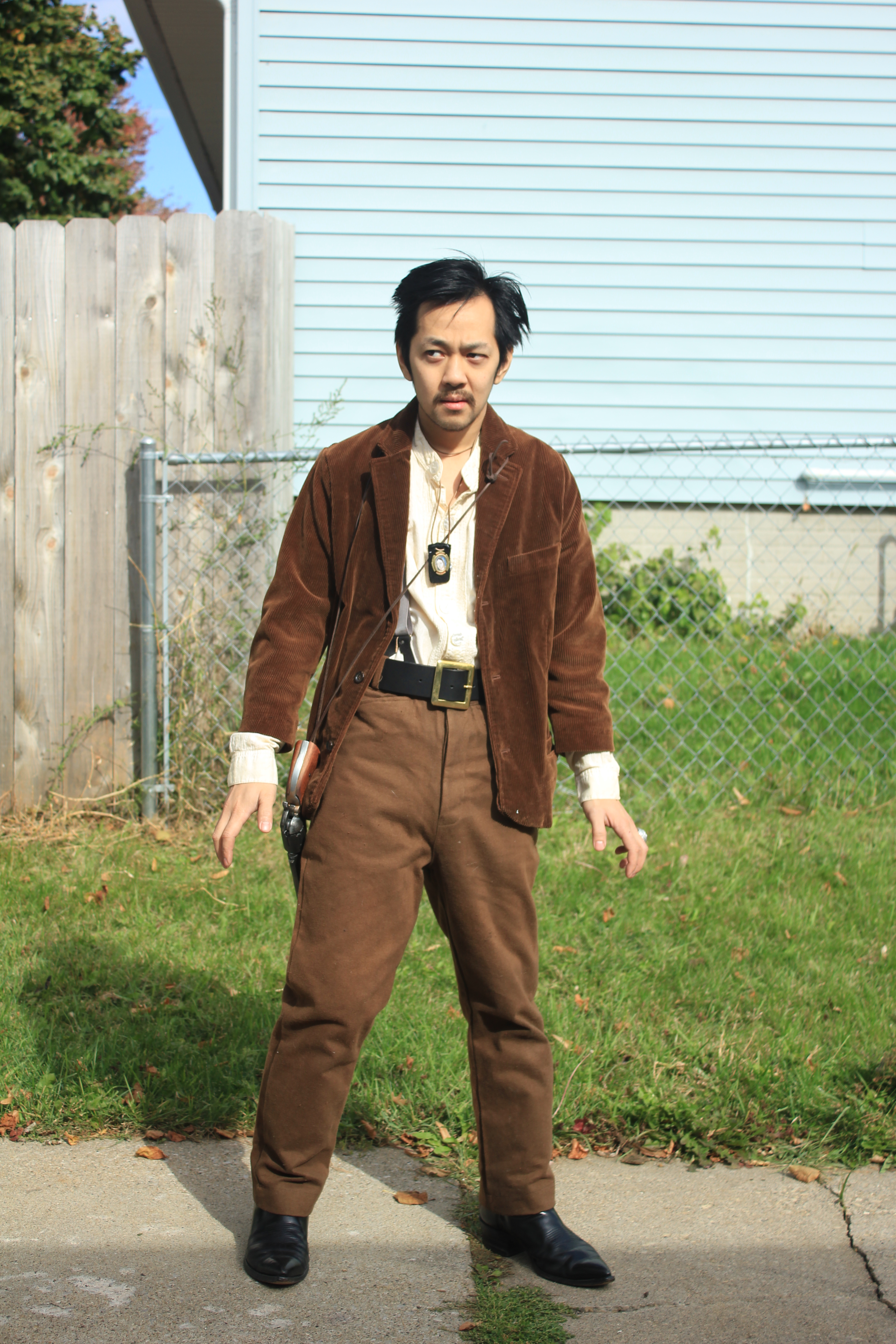 Finally, the boots and suspenders are also vintage items (the boots are actually from the 60's and are in incredible shape, they actually look new). I'm currently reworking the suspenders now as they're black and not the steel color these are.

Throughout the film, Tuco sports three items that remain with him from when we're first introduced to him to when we leave him at Sad Hill Cemetary: the necklace pouch, his three rings, and his cobbled revolver.

Now, the pouch is only ever seen from a distance and we never truly get to see its details, so it left room for artistic interpretation. Leather suede for the pouch and cold-cast brass for the pendant. A small portrait of the Lady of Guadalupe behind a PETG cover completes it. 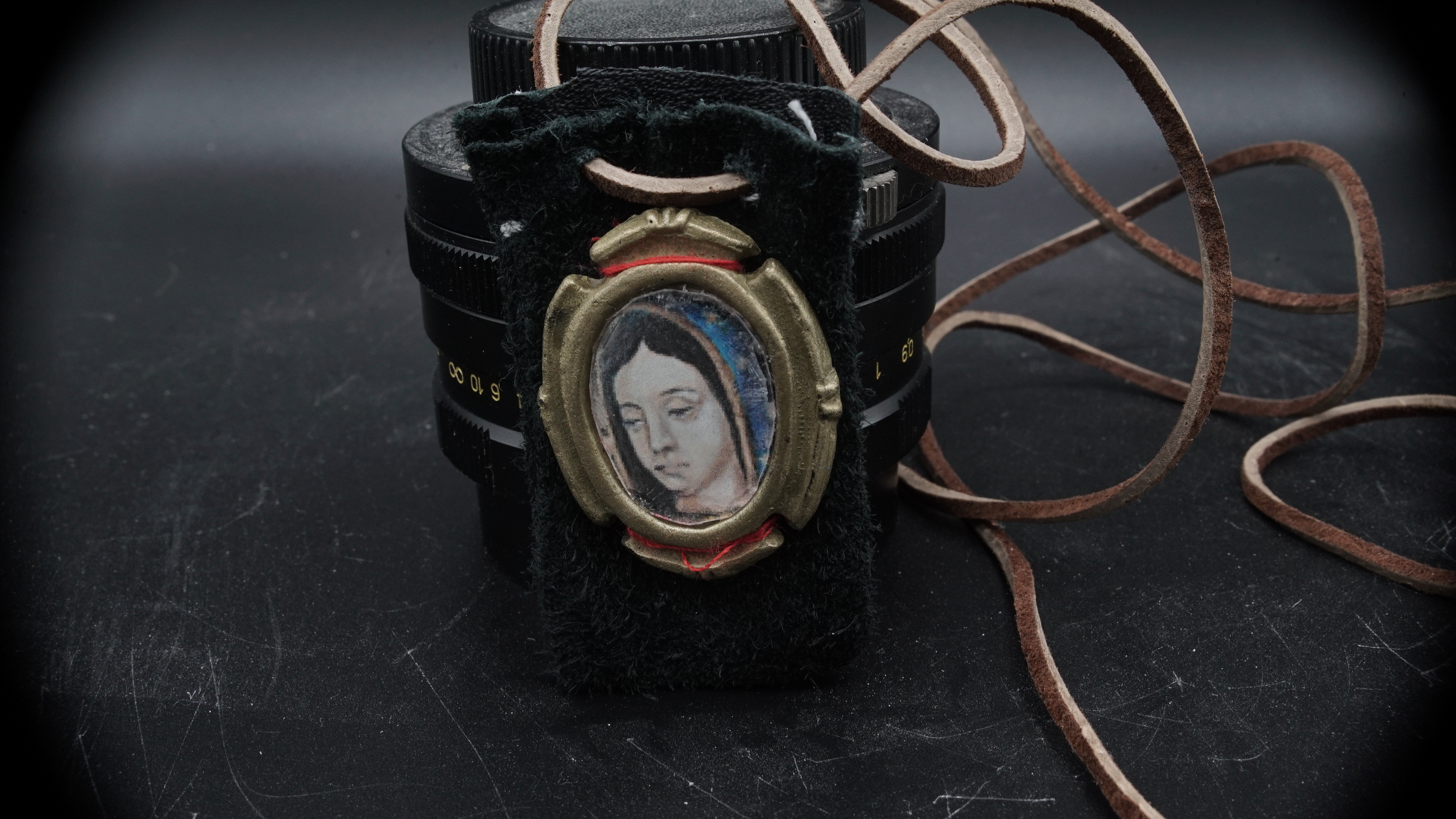 The pistol is Denix 1851/Griswold revolver. It came without the blackening (which worked to my benefit), octagonal barrel, and the loop at the bottom of the grip frame. Those things I added along with the two sights (a grub screw subbing for the front) and a scratch made catch for the powder press lever. 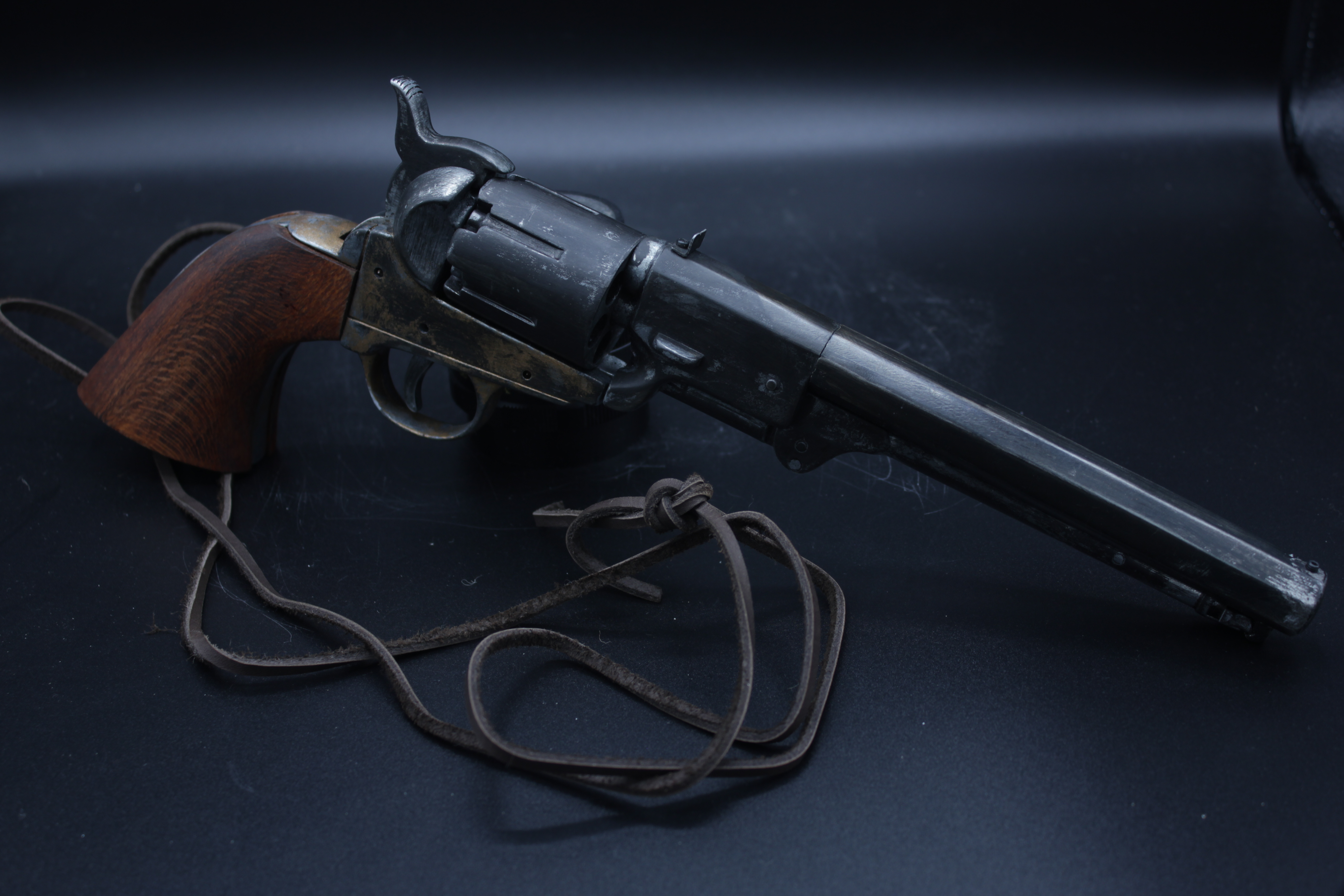 The rings...Boy, the rings. Really happy with how these turned out. Sculpted and cast them out in silver-tin within a day and a half. I can't be any prouder of them. Based on the highest quality stills from the movies as I can get... 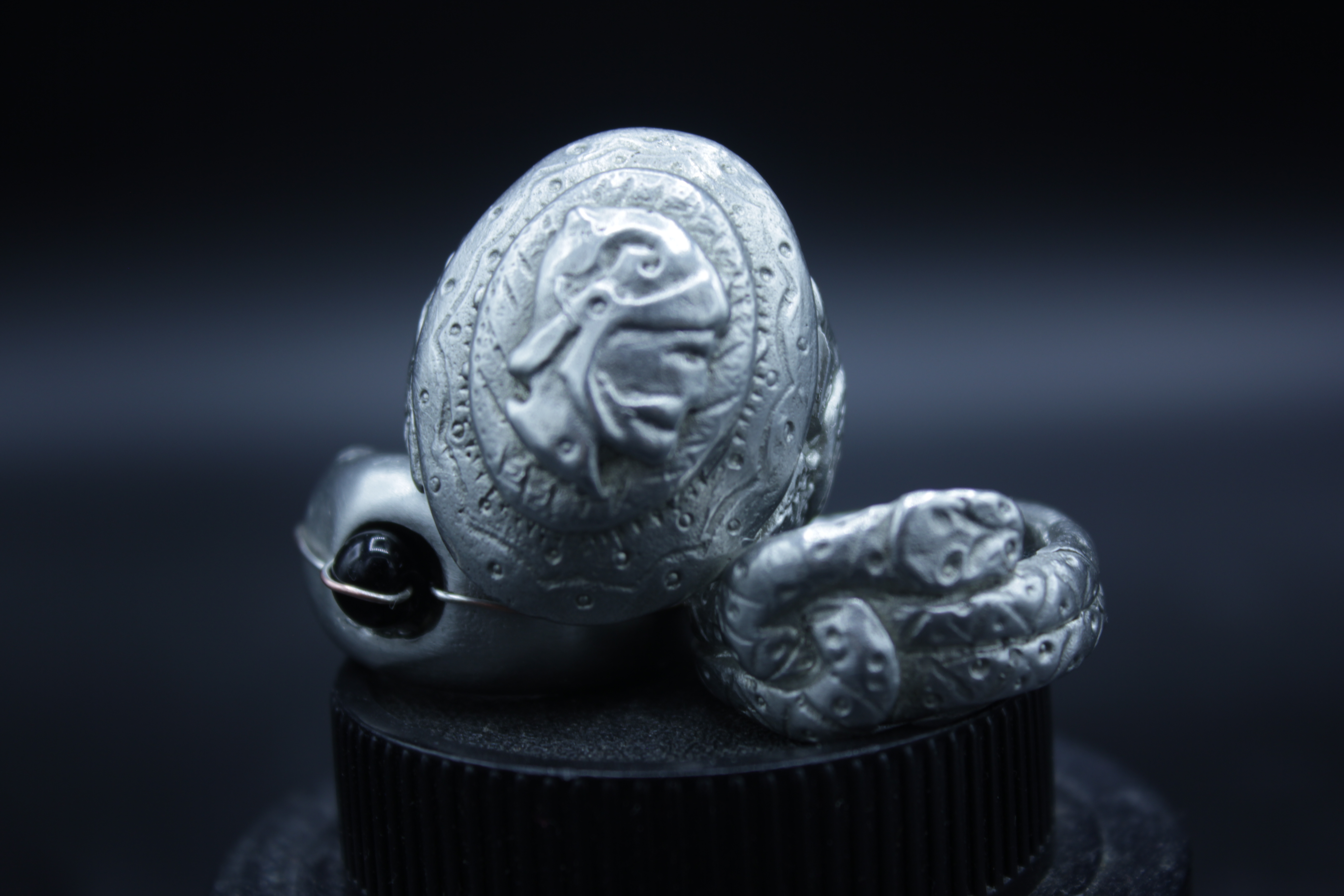 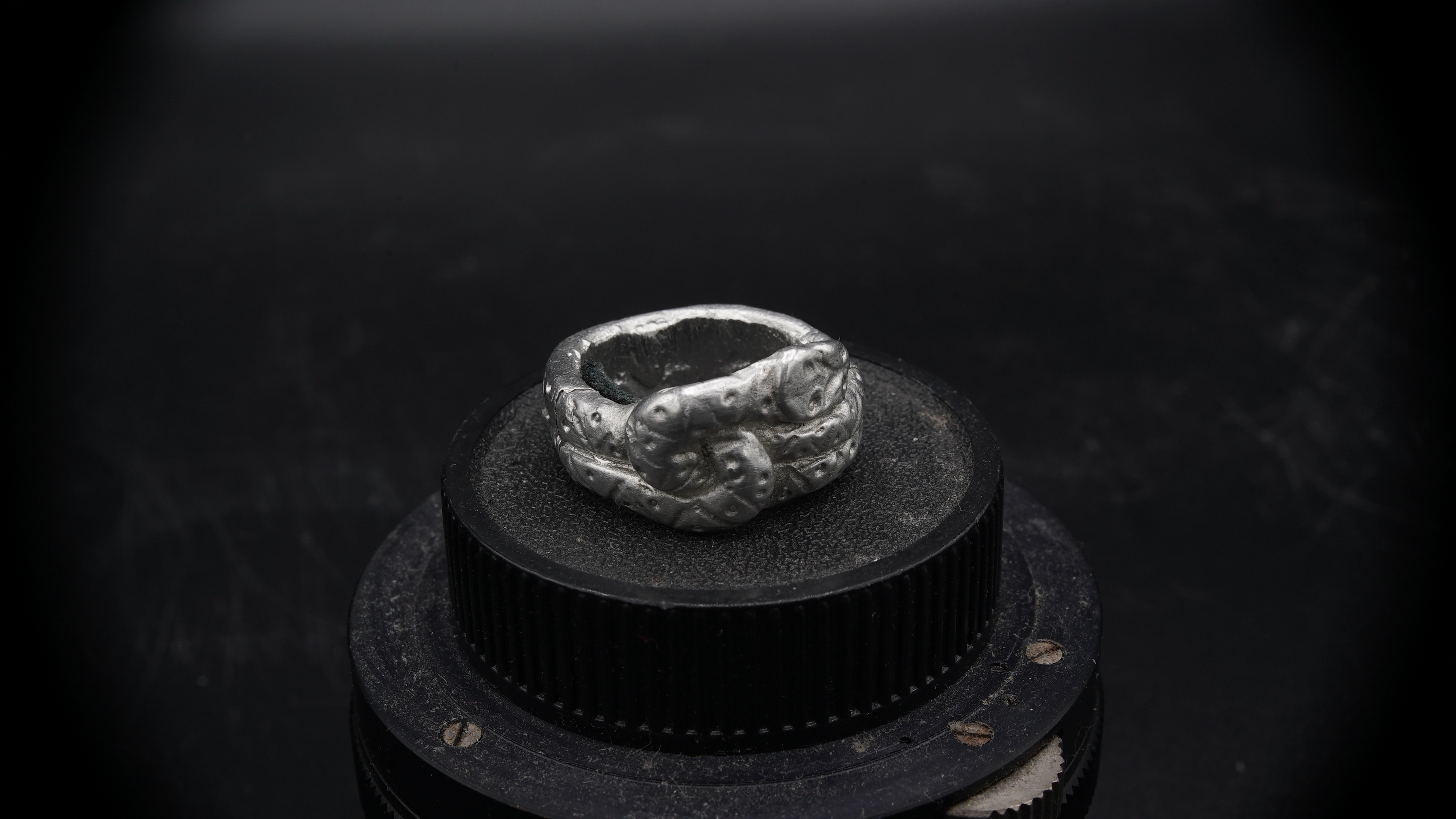 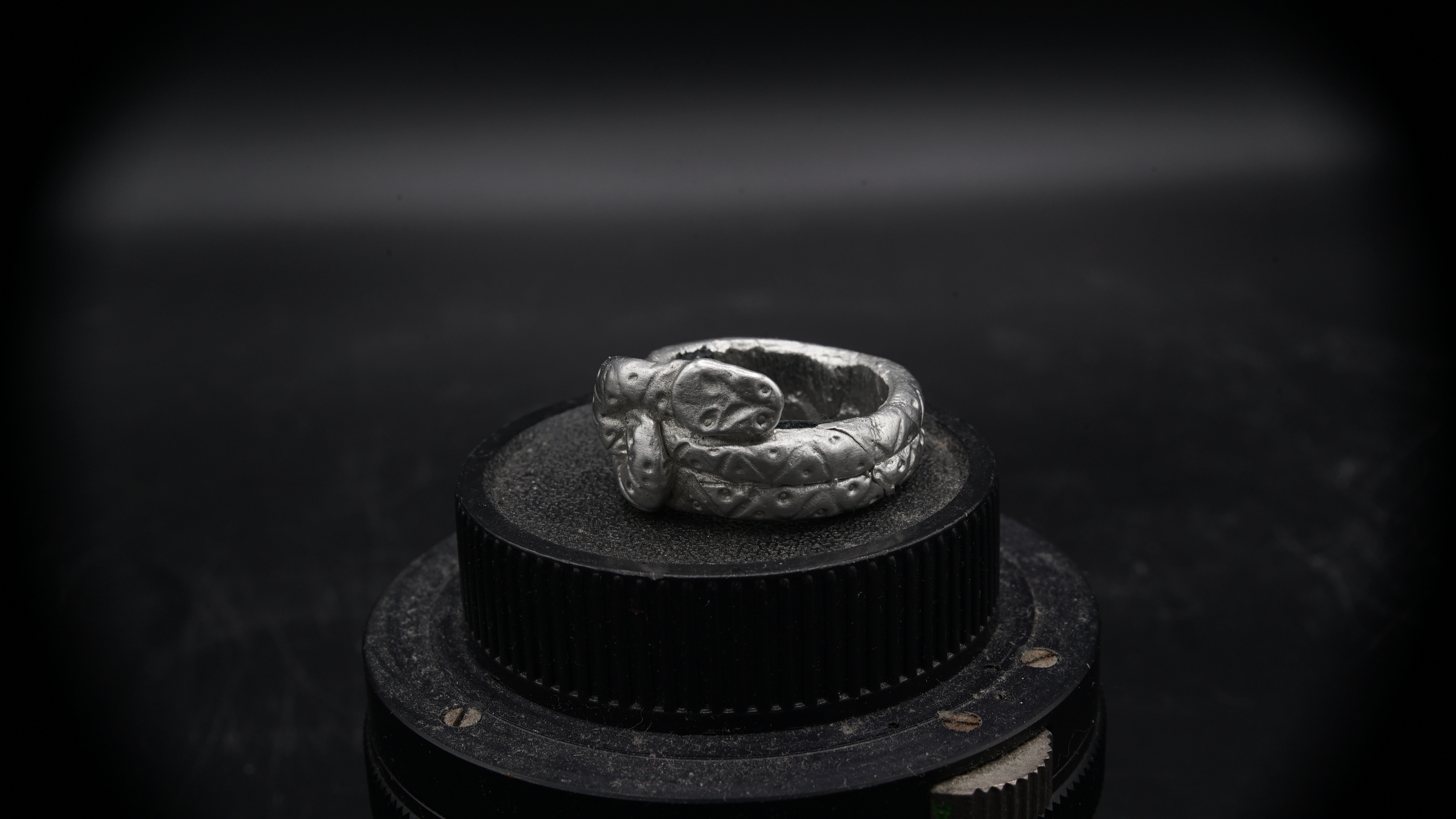 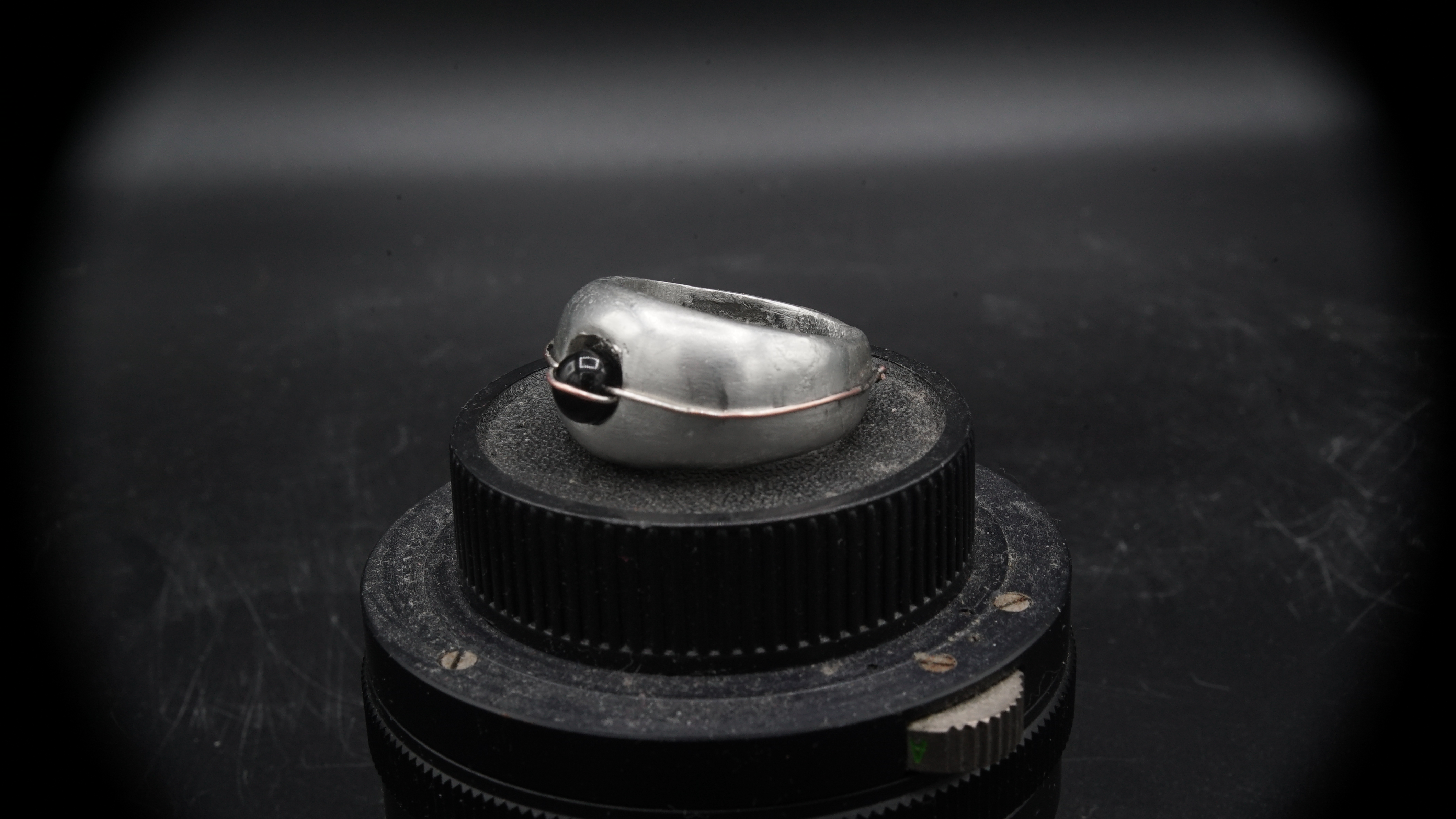 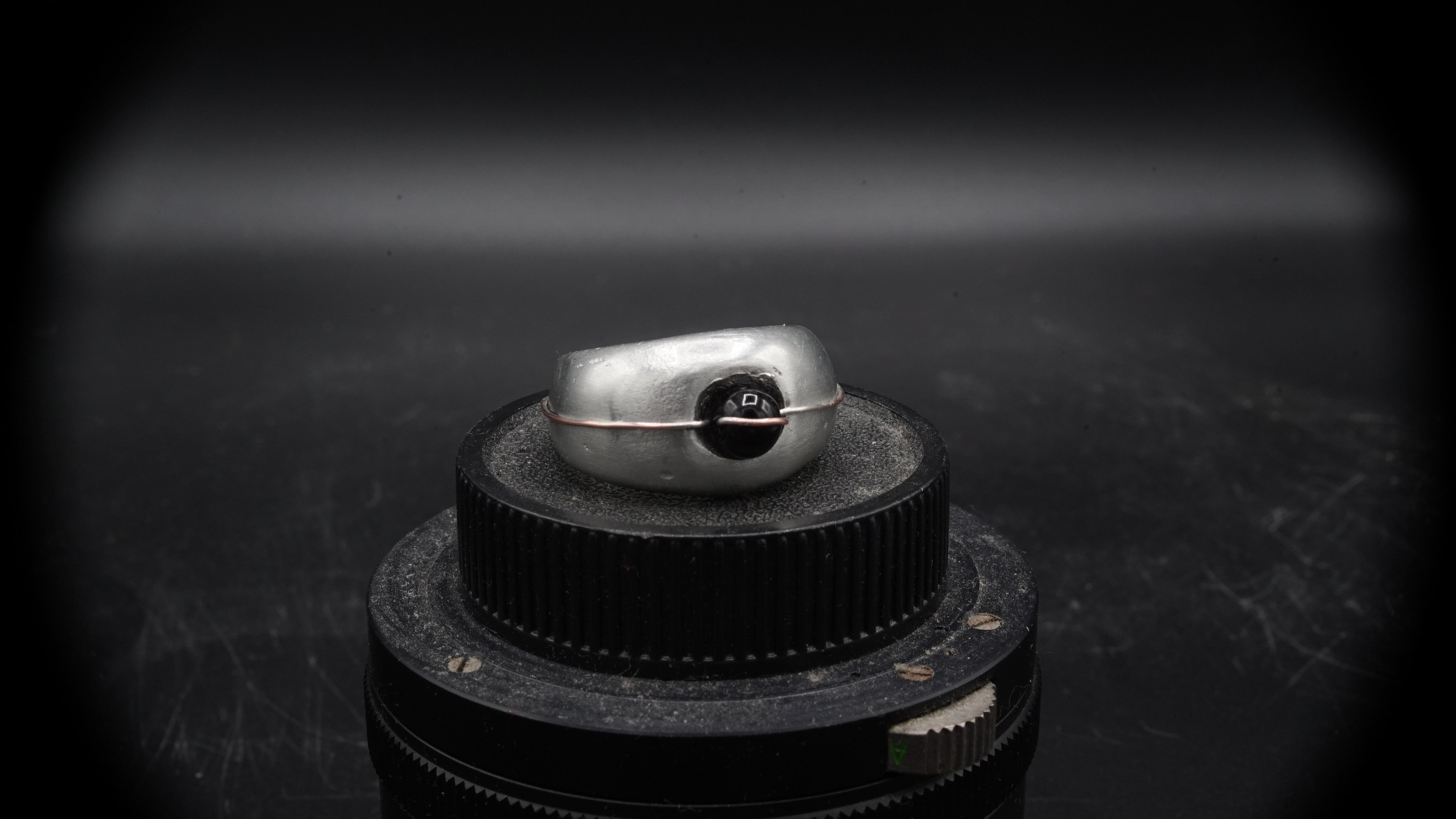 ...That is, with the exception of the Centurion ring. That, I based off of the real one that was auctioned by Bonhams. 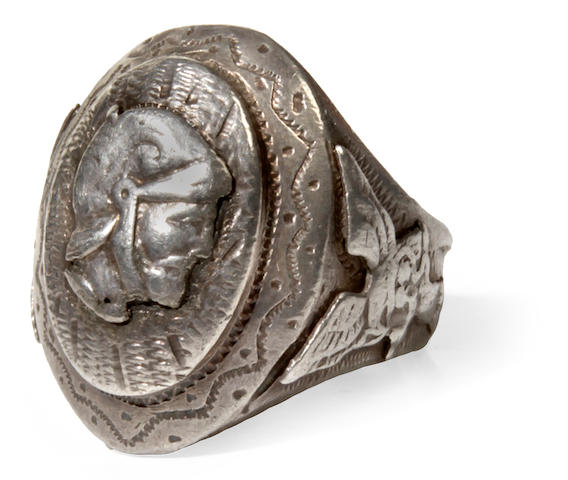 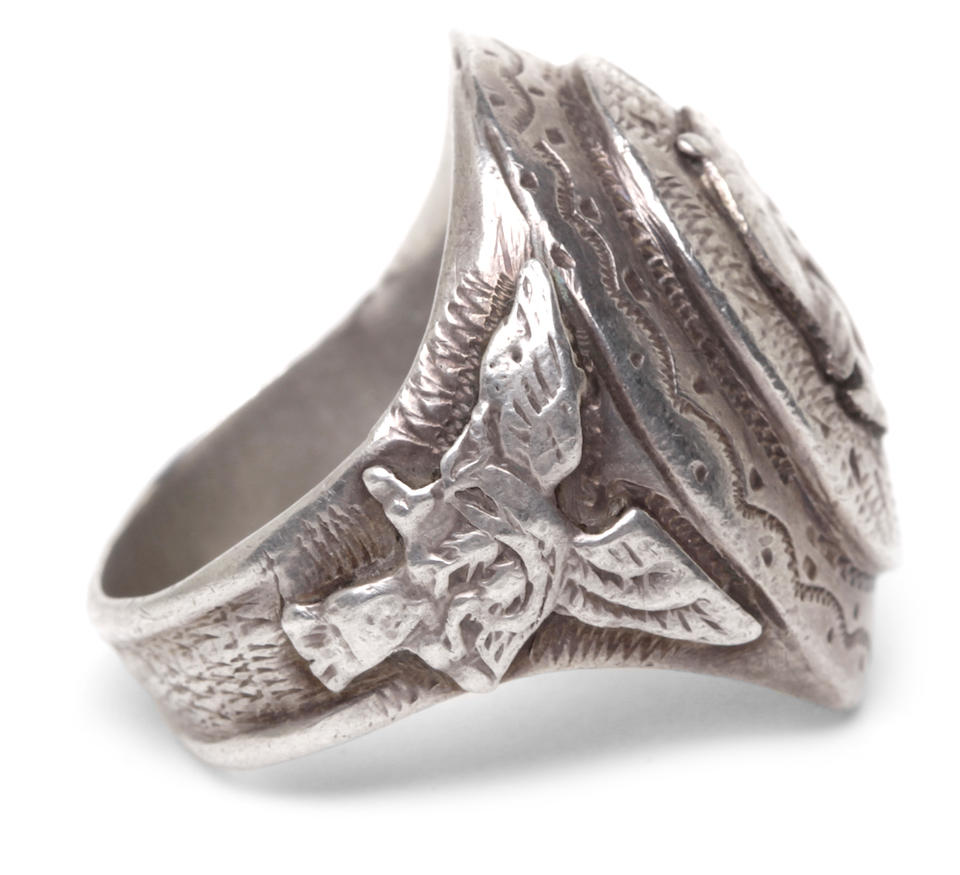 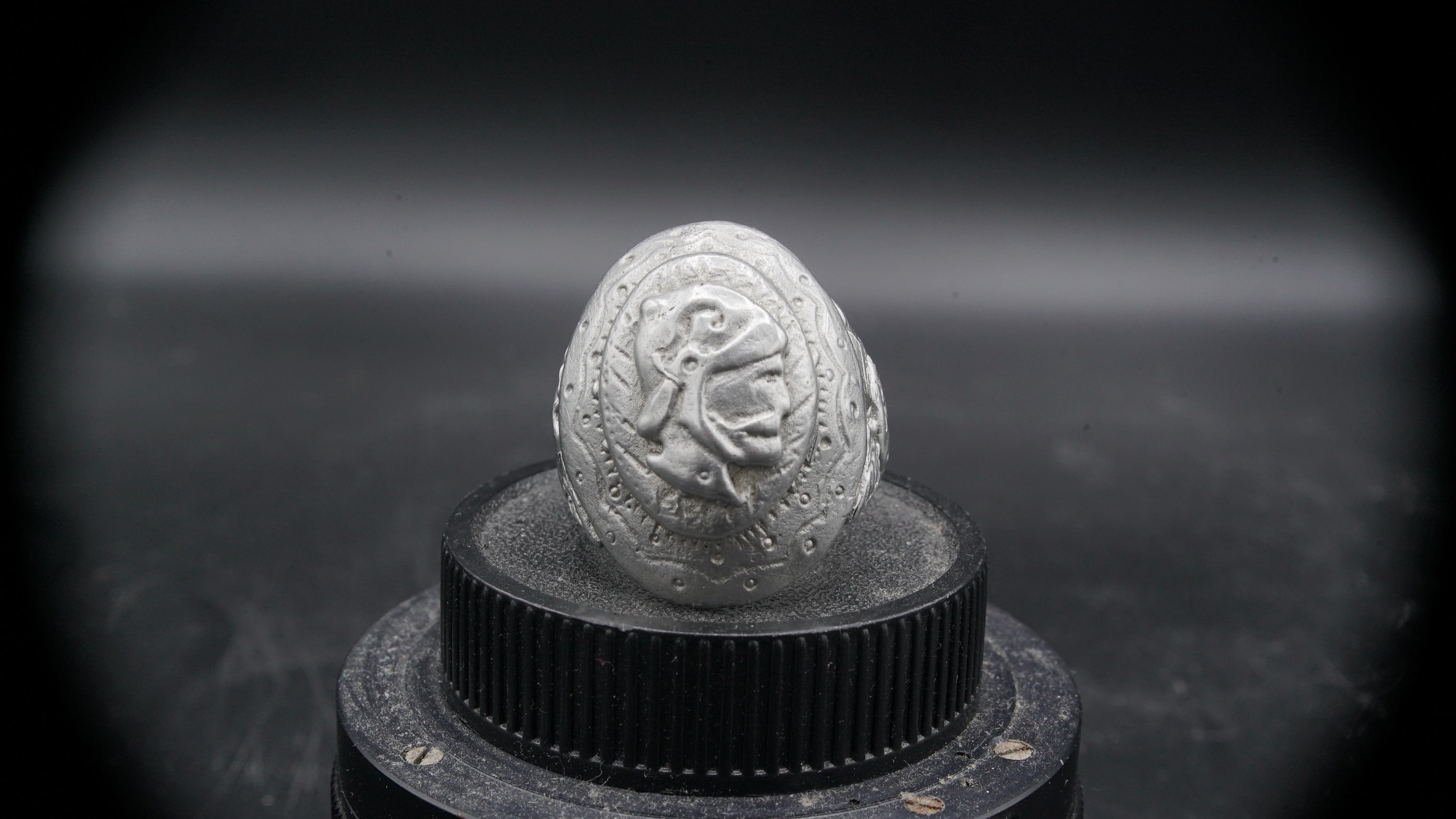 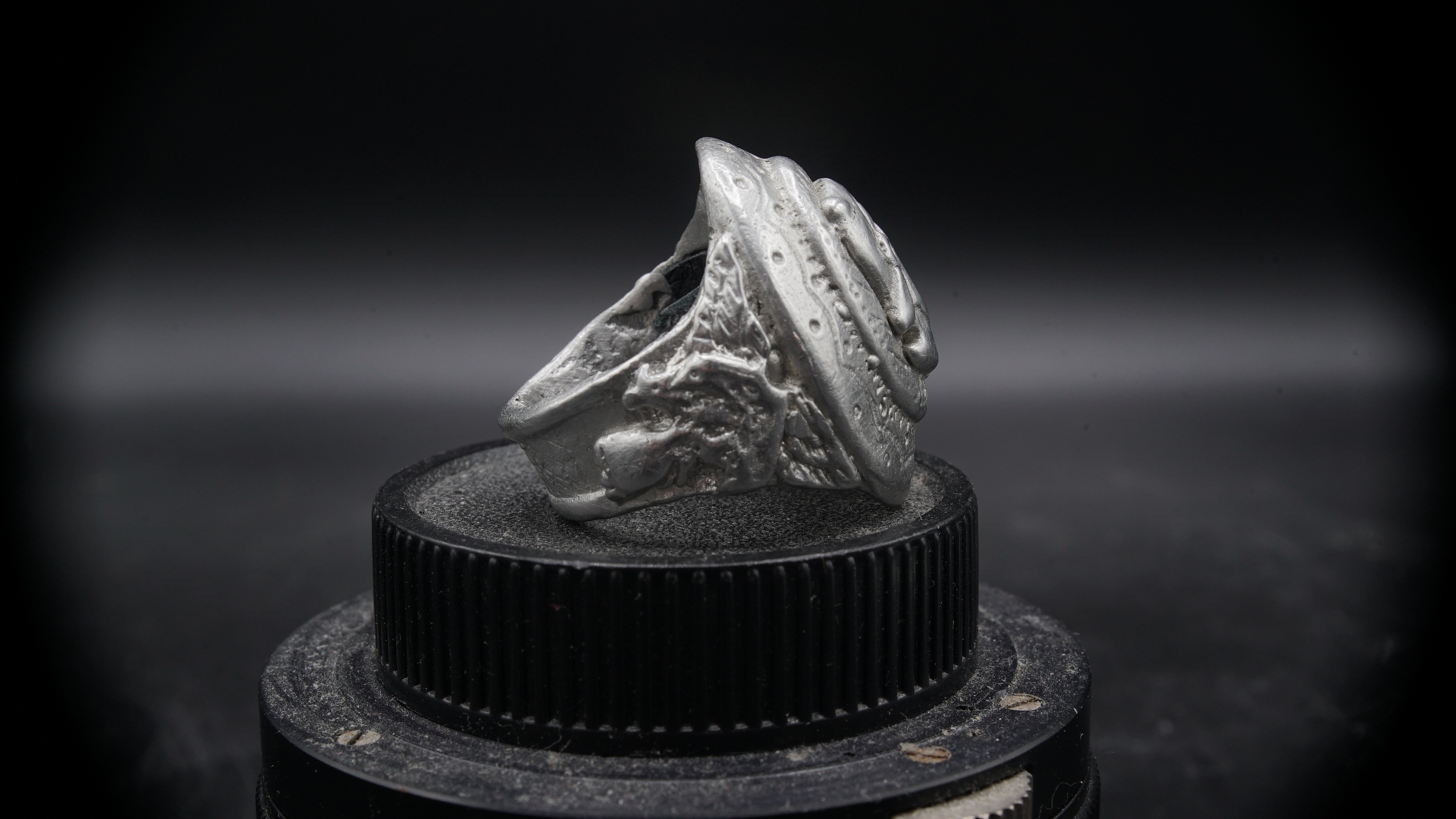 My silver-foiled tooth finishes it up and we're ready to rock! 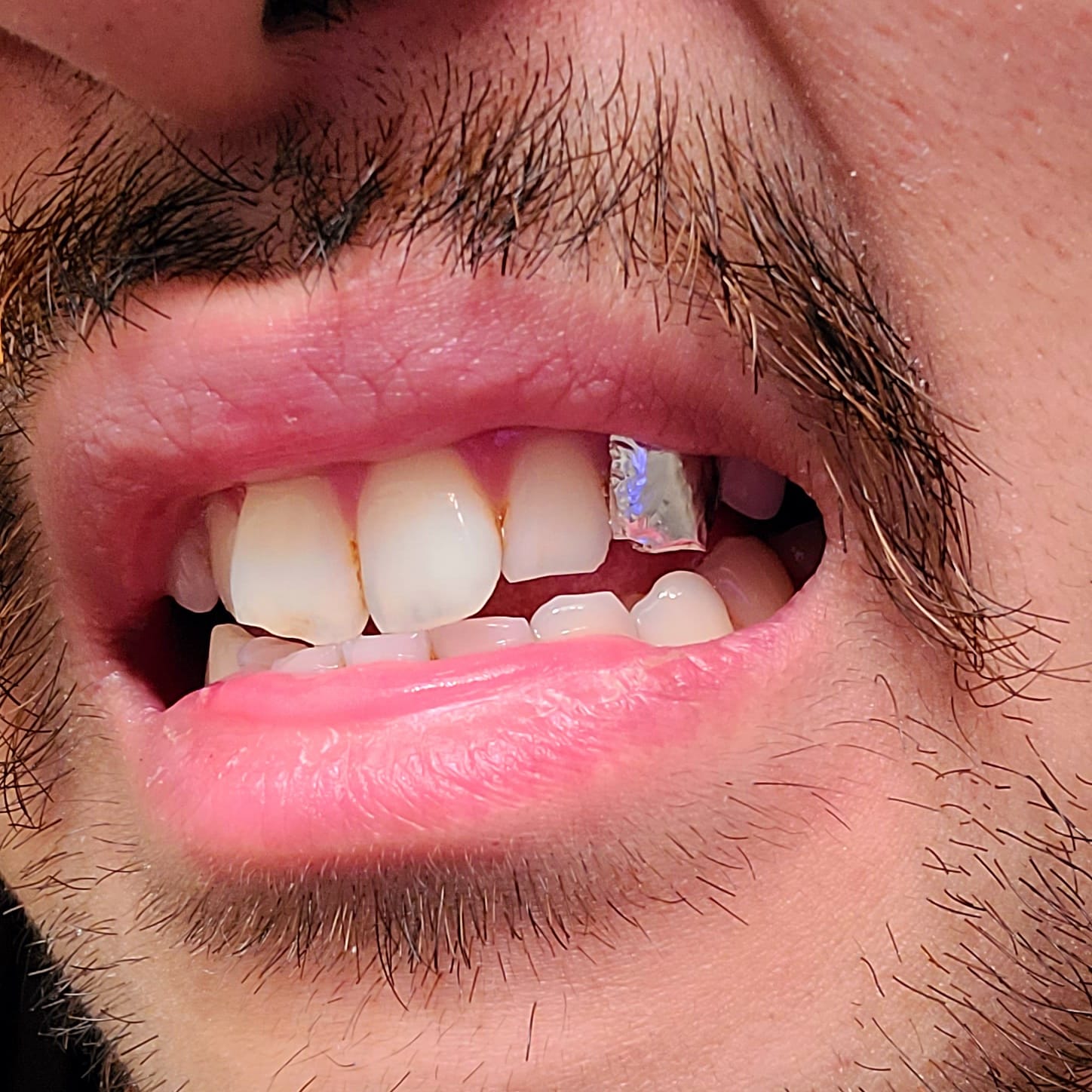 The question is now, who's got a good Angel Eyes costume?

RPF PREMIUM MEMBER
Dude, you nailed it! So rad!

Wish you lived closer, would have been awesome to do a shoot together. Amazing work all around!

RSutter said:
Dude, you nailed it! So rad!

Wish you lived closer, would have been awesome to do a shoot together. Amazing work all around!
Click to expand...

Many thanks to you, really; your thread really lit a fire under my butt to get it done...I mean, that fire burned for 4 more years but it got there in the end!

Would be great to have a Blondie and Angel Eyes to really complete it. If we can get a the third, possibly a shoot-out over Zoom?

PoopaPapaPalps said:
Many thanks to you, really; your thread really lit a fire under my butt to get it done...I mean, that fire burned for 4 more years but it got there in the end!

Would be great to have a Blondie and Angel Eyes to really complete it. If we can get a the third, possibly a shoot-out over Zoom?
Click to expand...

Heck yes! I'd be down for that lol

Lots of awkward squinting at the webcam Congrats again on your build!

Nice! One of my favorite characters.

Very nicely done What are the brand of your cow-boy boots?

joberg said:
Very nicely done What are the brand of your cow-boy boots?
Click to expand...

Wish I could say, I bought them second hand off of eBay. The stamping on the inside is gone.

Also, you thought I was done? So did I! But I wasn't! It goes to show that you never nose with these sort of things. 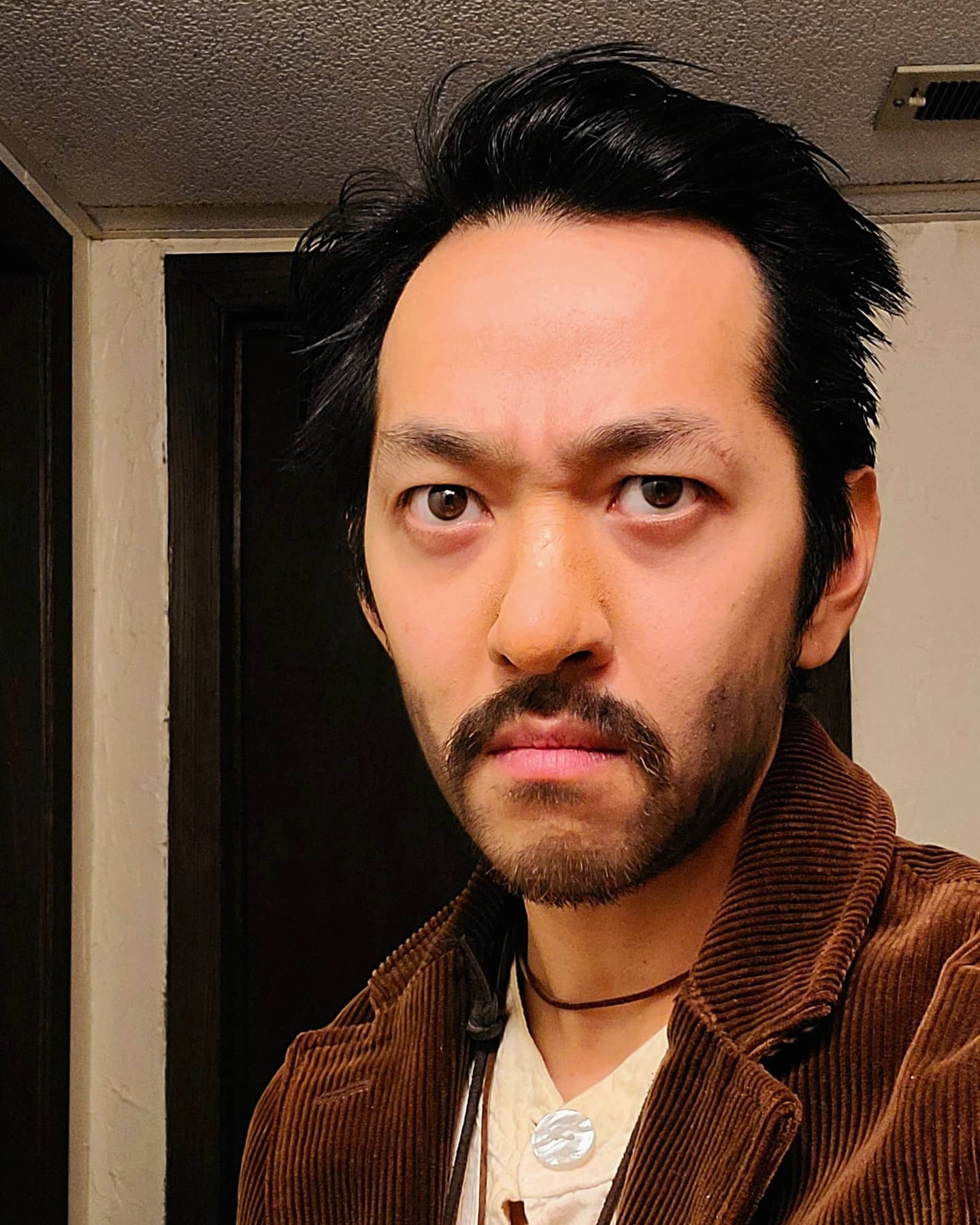 I disagree! You are Tuco. Now I know it.

RPF PREMIUM MEMBER
I guess that's it, then. I am, indeed, Ugly.

Also, everytime I see this thread get posted in, there's a part of me that irrationally hopes it's someone saying they're gonna do an accurate Angel Eyes from GBU.
Last edited: Nov 5, 2020

septic said:
Very cool! Love the tooth, did that "cringy" to apply / remove?
Click to expand...

Not at all. It's just foil tape with the sticky side smeared with dental adhesive cream. Applies easy and cleans up just as easy. Just gotta brush your teeth to remove the residue afterwards, but it is strong enough a hold---surprisingly---to leave in while eating.

Outstanding!! It took me years to realize that the pinky rings where two separeted ones.

augofett said:
Outstanding!! It took me years to realize that the pinky rings where two separeted ones.
Click to expand...

Took me a while to realize they're the same ring set he wore in Magnificent Seven! Albeit, with the addition of the black-bead ring for GBU.

RPF PREMIUM MEMBER
You really did nail it! Love this costume, you even got Eli's scowl mimicked!

Gotta say, the shots with you in the old coat really look awesome as well. Well done!

Michael Bergeron said:
You really did nail it! Love this costume, you even got Eli's scowl mimicked!

Gotta say, the shots with you in the old coat really look awesome as well. Well done!
Click to expand...

Putting any of these costumes on, you can't help but scowl! Thanks for the kind words!

RPF PREMIUM MEMBER
GREAT costume! Thanks for sharing! I've always had a soft spot for Tuco! You nailed his look!

And those rings are fantastic.

Can anyone identify Knox Harrington (the video artist)'s jacket from The Big Lebowski?