RPF PREMIUM MEMBER
I’m working on a paper about The Fifth Element for a conference exploring the reception of ancient Egypt in Sci-Fi, which looks at how Egypt is represented and recreated in the film. Surprisingly it’s not a topic which I can find has had much/any discussion, and the closest I could find are some inaccurate replicas of some of the hieroglyphic inscriptions - so I thought I would start a new research thread!

I’ve been looking at the opening scene, with the archaeologist trying to decipher the hieroglyphs in the temple. This interior set was created at Pinewood, and has three different areas; a colonnade, a large wall with hieroglyphic inscriptions, and the internal chamber. I would love to know what happened to the set once filming wrapped, unlike Stargate or The Mummy I haven’t seen any of the sets come up for auction.

Colonade
This is one of the opening shots of the film, where you can see the columns the best:

It’s taken a bit of hunting, but this part of the set is based very heavily on the columns of the Hypostyle Hall at Karnak temple (as seen in James Bond The Spy Who Loved Me). Here are some good references I’ve found: 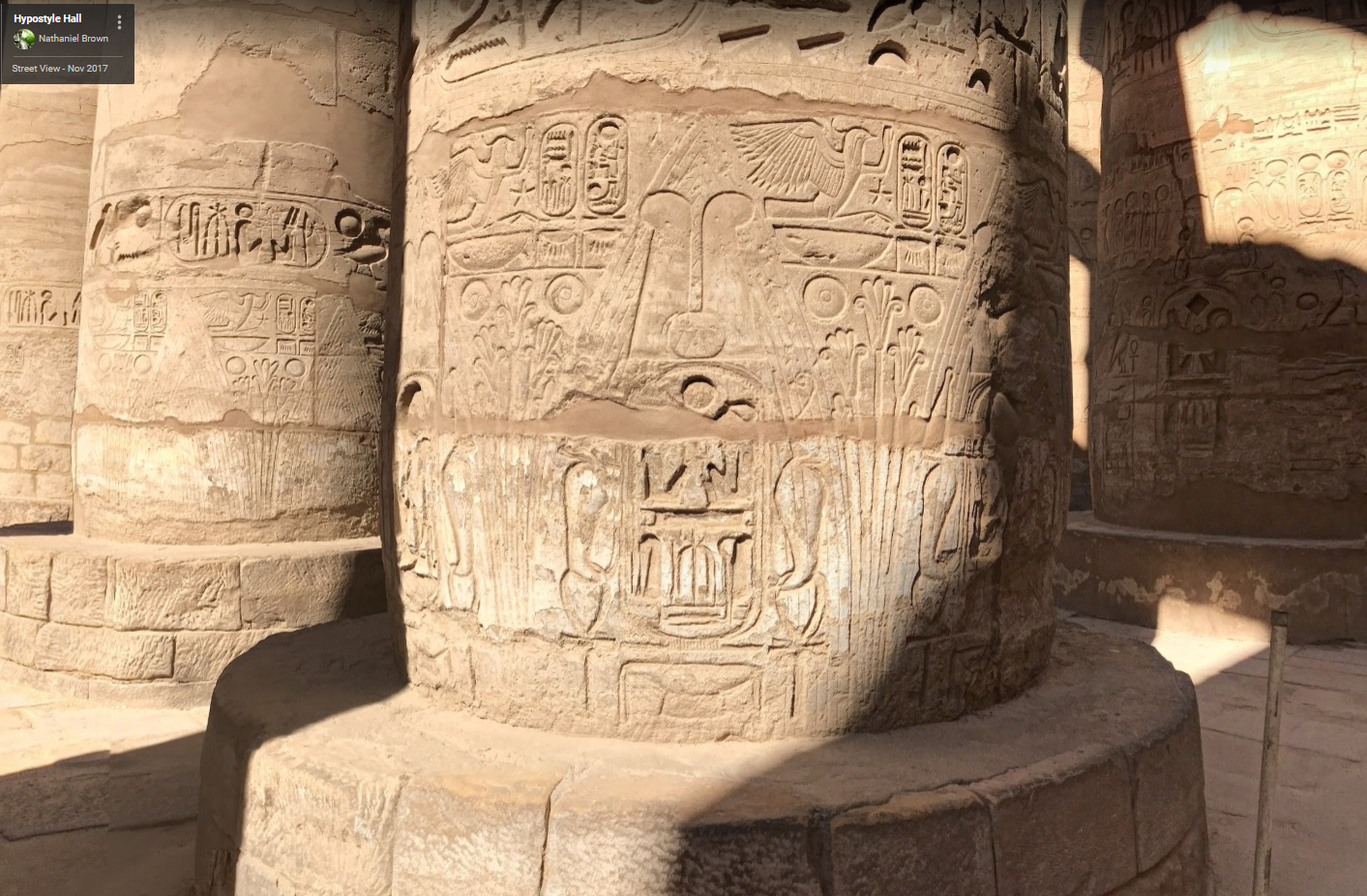 Hieroglyphic Wall
This is the section we see the professor studying. I have a lot of work to do here to try to track down the sources, the wall is very complicated and you never get a good shot of it all in sharp focus. There are some pictures of inaccurate replicas of some of the panels but I’ve not been able to find an accurate replica (or even thread on here discussing it), so I will have to start from scratch and make my own diagram. I’ll post that up here when it’s ready.

Here’s a shot of the whole wall:

There are also some niches with almost Chinese looking horses in them, seen here on the right:

Last photo is more of a mix of Incas and Chinese designs than Egyptian's .

joberg said:
Last photo is more of a mix of Incas and Chinese designs than Egyptian's .
Click to expand...

Yeh it's weird. I think the art dept wanted to make it look 'other' and not Egyptian, like the Mondoshawan built the temple and then the Egyptians were caretakers who decorated the outer section in their usual style.

Hans van den Berg would probably know, he has a website/database with films about ancient Egypt: The Ancient Egypt Film Site

RPF PREMIUM MEMBER
Sure, they're saying that the Mondoshawan inspired many early civilizations, not just Egyptian. The Mondoshawan themselves wouldn't have writing themselves in their temple, because they believe in symbols to represent large concepts. Not words. They made the 5 elements, but the temple was probably made by human workers, collected from many civilizations.

RPF PREMIUM MEMBER
The principle of the temple carved out of the rock is very similar to what the Nabataeans did, a similar example is Qasr al Farid

RPF PREMIUM MEMBER
Regarding the decor I don't know what happened to it, but I was watching a video where the creature effects supervisor explained that all the Monsoshawans had been destroyed and that only him had kept one (7min11). If the Mondoshawan has been destroyed, it may be the same for the sets.

If you're posting to YouTube, you can re-upload it, but make it "UNLISTED" and it probably won't get pulled.

RPF PREMIUM MEMBER
Unfortunately this is not a video of mine. But I really don't understand why Sony is blocking content for your country. It's too bad

RPF PREMIUM MEMBER
Thanks for that video, I always like a peak behind the curtain.

ProvencaleLaGauloise said:
The principle of the temple carved out of the rock is very similar to what the Nabataeans did, a similar example is Qasr al Farid
Click to expand...

Yes I think that was the inspiration for the external shot, even if it's not in Egypt!


ProvencaleLaGauloise said:
Regarding the decor I don't know what happened to it, but I was watching a video where the creature effects supervisor explained that all the Monsoshawans had been destroyed and that only him had kept one (7min11). If the Mondoshawan has been destroyed, it may be the same for the sets.

That was super interesting (original link worked for me), thank you for sharing! Such a shame they destroyed all but one of them

There is some good concept art and other information about the temple in the 'Story of The Fifth Element' art book. For some reason that book is currently selling for £100-500, but LukaFilm very kindly took me some photos of his copy:

RPF PREMIUM MEMBER
I just founds this old thread with some photos of blueprints of the temple set, and I've harvested the images off PhotoBucket:

RobertMuldoon said:
Yes I think that was the inspiration for the external shot, even if it's not in Egypt!


That was super interesting (original link worked for me), thank you for sharing! Such a shame they destroyed all but one of them

With the references of the book we can see the palm capitals much better. They do not resemble those of Karnak, but rather certain from the temple of Horus in Edfou, I do not know if you have had the opportunity to look at this temple. But the patterns on the columns seem more like those of Karnak as you said.


RobertMuldoon said:
Yes I think that was the inspiration for the external shot, even if it's not in Egypt!


That was super interesting (original link worked for me), thank you for sharing! Such a shame they destroyed all but one of them

Thank you for sharing the photos of the book in good quality, it seems very interesting even if I haven't had time to read. I also found a video where the book is quickly leafed through. The quality is not very good, but it allows you to see its content if you are looking for something specific. ( I hope this one will be visible for the united states ).

RPF PREMIUM MEMBER
I've been working on my slide deck for my talk, more on that later, but as a part I needed a good image of the register the professor is studying. Annoyingly you never see it in full in the film, you just see him tracing sections with his brush and the camera pans down it.

There are a few replicas people have made, but none of them is completely accurate: 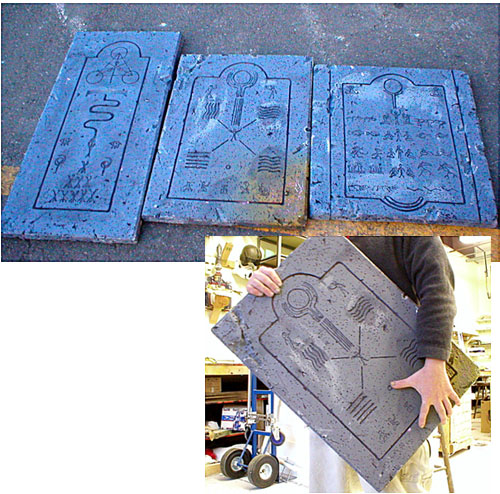 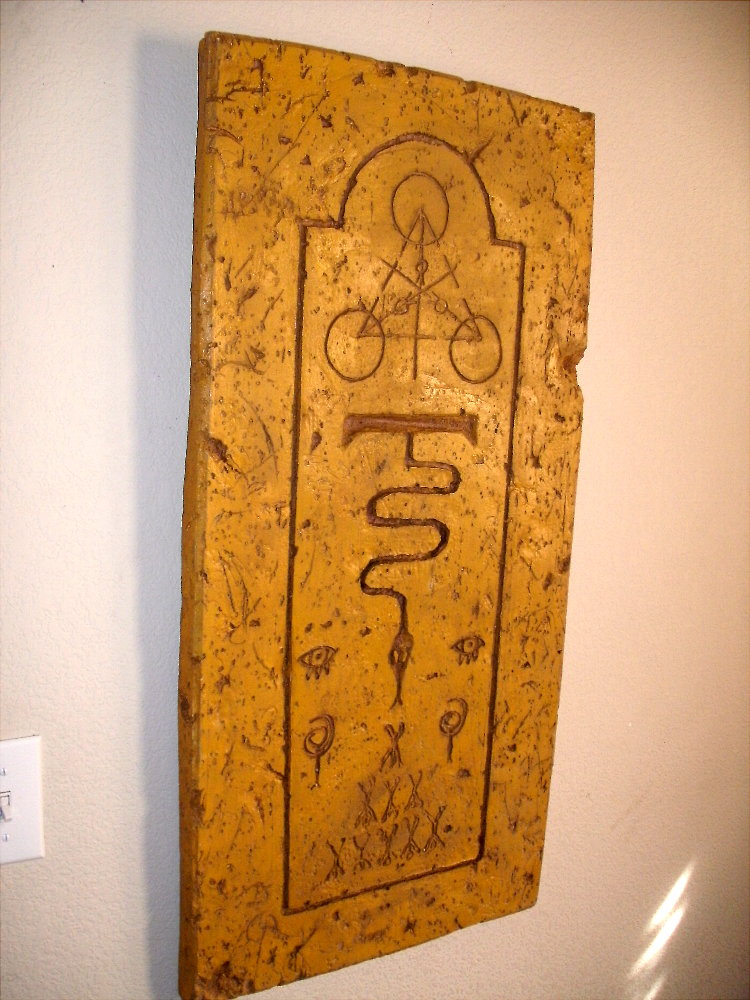 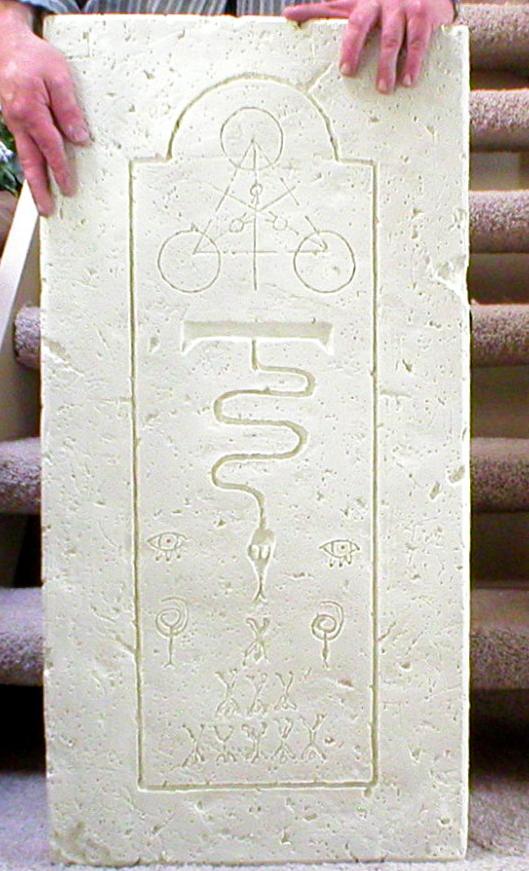 So, I’ve been poring over the references and watching and re-watching the temple scene, and I think I have the definitive version of the register showing the great evil. This is a bit scrappy, I used a photo of a replica and then messed about in Photoshop to add in the bits they were missing, I will make a better version but for now here it is:

From an Egyptology standpoint it’s quite interesting that the snake is coming down out of the hieroglyph for ‘sky’. The dead people aren’t the Egyptian symbol for dead, they’re actually the rejoicing person (with arms in the air) turned upside down. The snake itself is very similar to one of the snake hieroglyphs, but rotated 90 degrees to descend from the sky. The eyes and the smaller curly snakes, and the top symbol representing the alignment of the planets, are complete fabrications by the art department.

A nice hodgepodge of hieroglyphs. Looks like they mixed Gardiner N2 with a snake. The boats with deities and the inversed figures remind me of the pool of the drowned/ people floating in nun in the book of gates and the book of caverns.