As far as I know, OdiWan72 is the only collector in the world who has an original Webley Schermuly Riot Gun/Multi-Purpose Gun.
It is my holy grail. Been searching for years, never really finding much.
Other than Star Wars, I don't know of any other film that has used a Schermuly other than Gamorrah. A Schermuly possibly showed up in the film but it has a different stock.

Every once in a while a news image of a scene in a war torn country in Africa shows someone holding one. I have found some interesting things lately, I am wondering if a lot of them are getting a make-over, similar to what Federal Labs did with the Webley No 1 Mk 1. Either that or these are just knock-offs that copy the design.
The base gun is pretty spot on, aside from some upgraded/changed furniture. I have seen various versions on company's websites from Pakistan, Israel, Bulgaria, China, etc.
Iran has the Hoshdar KP which are copies of the pistol version of the Webley Schermuly. They also have the Hoshdar TP which has the extended barrel, foregrip, and stock, which sounds like a copy of the Webley Schermuly (full length version) but I have not seen an image of that particular model to verify.
According to some things I read, it sounds like the Schermuly's spent some time in Northern Ireland with the British Army from the 60's to the 80's (not 100% on this)

Would absolutely love for feedback on anything else that y'all have found out on this elusive piece. It is a life-long goal of mine to own one. I am sure that trying to deactivate it and import it would be a huge pain, fingers crossed there is one of these floating around the USA....


One random link to an old auction with a pistol version of the Schermuly:

RPF PREMIUM MEMBER
I know of at least one country that still uses the Sterling SMG, though can't recall which one it is off the top of my head. Figure that this particular weapon may be more "available" or common place in other countries, especially where I would say that this kind of hobby is not necessarily "common" or accepted...

TRCViper said:
As far as I know, @OdiWan72 is the only collector in the world who has an original Webley Schermuly Riot Gun/Multi-Purpose Gun.
It is my holy grail. Been searching for years, never really finding much.
Click to expand...

Some time ago Markus offered a resin-kit of it - did you ever asked him to get one?

Lichtbringer said:
Some time ago Markus offered a resin-kit of it - did you ever asked him to get one?
Click to expand...

Just reached out to him on that today

I also seem to see these on the news all the time as well. They must have a bunch in use in multiple countries.

The Schermuly is a riot control gun, produced for the british police and atmy forces back in the 60´s IIRC, it is designed to shoot gas, rubber projectiles and beanbags.
While the use of gas cartridges was ok, the precision/ accuracy when it came to shooting rubber projectiles and beanbags was mediocre and you´d easily miss a human sized target at a distance of less than 30 meters.

Due to its inaccuracy, the Webley-Schermuly was replaced just a few years later. The stock was sold to other countries...
It seems to be most common in South Africa and pops up FS from time to time.

Clones of the Webley (as shown in the first post) are still used AND produced today. The closest one is the chinese knock-off, used by the chinese police and special forces...tried to get in contact with them several times (before I found mine), but never got any reply.
Last edited: Jan 23, 2018

RPF PREMIUM MEMBER
There's one for sale on a hungarian website currently, but just the pistol version 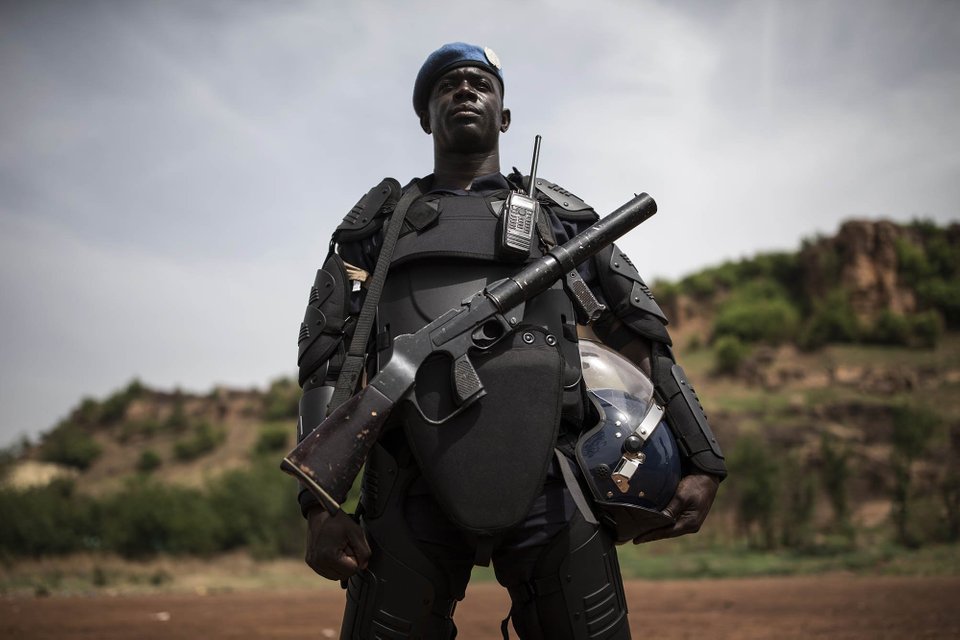 I have one of these coming in. Super excited!

CascadiaArmory said:
I have one of these coming in. Super excited!
Click to expand...

They came in! It was a good day yesterday. 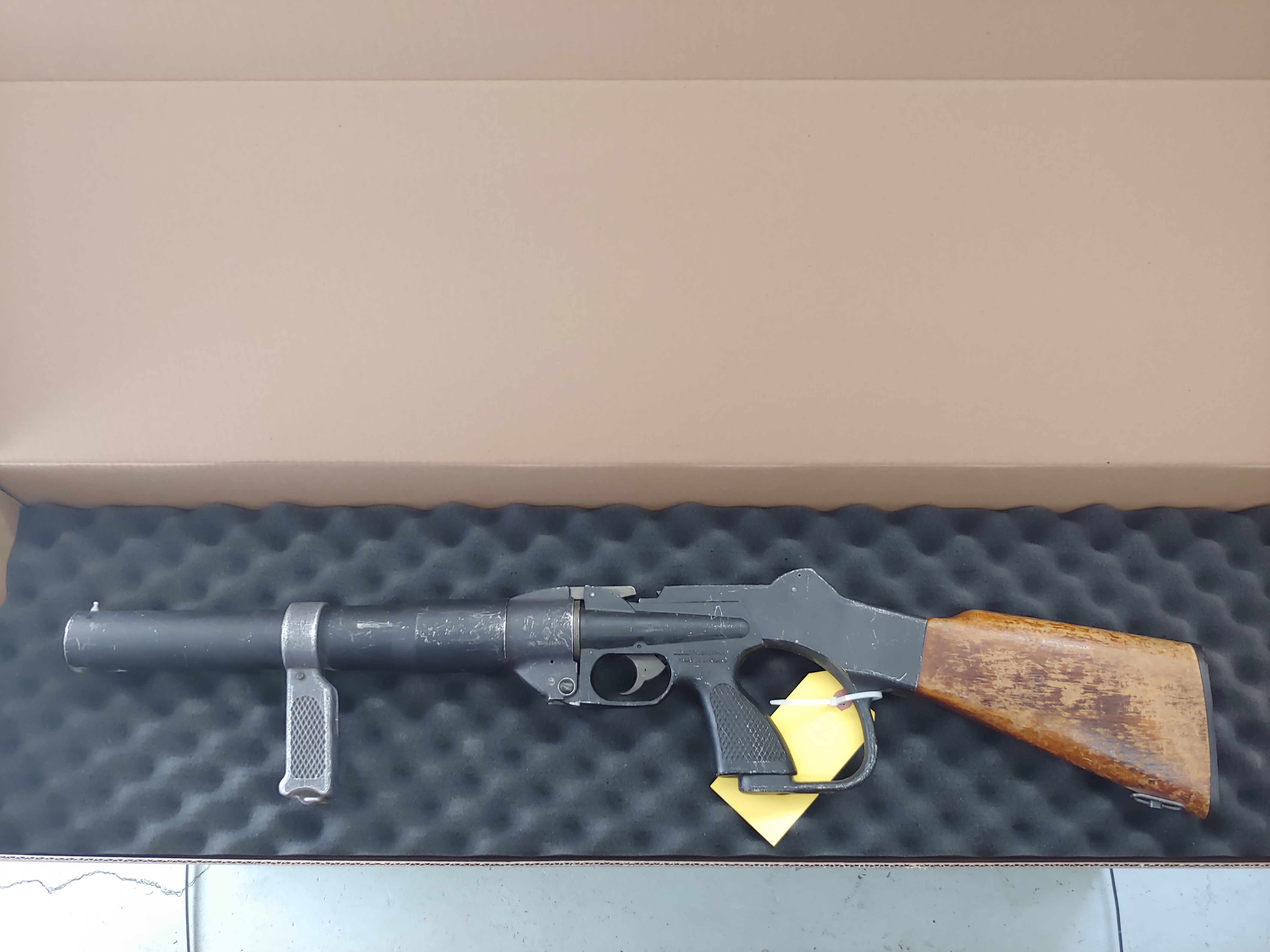 RPF PREMIUM MEMBER
Welcome to the club!!!!
Will you convert it into Bossk´s blaster rifle?

looking at mine as I type 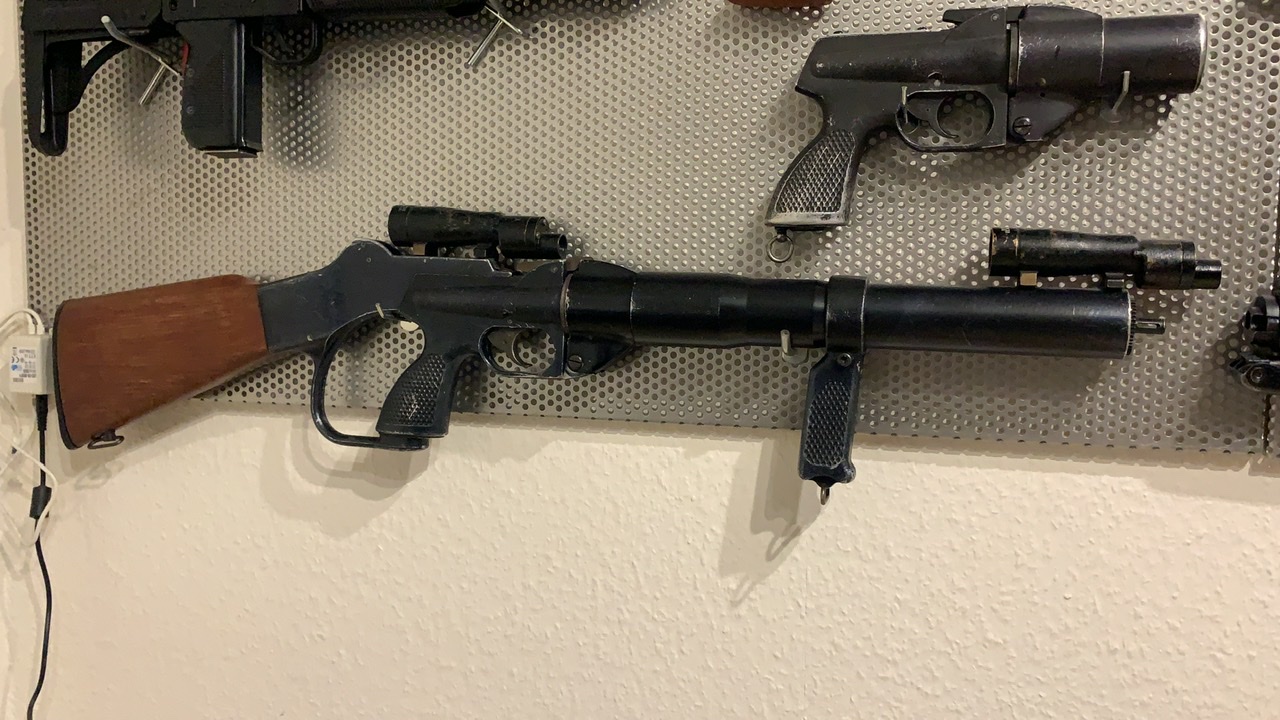 I have 2 original m38 tank scopes I am going to pair up with one of them to make it as accurate as possible.
Here is some more eye candy for you. 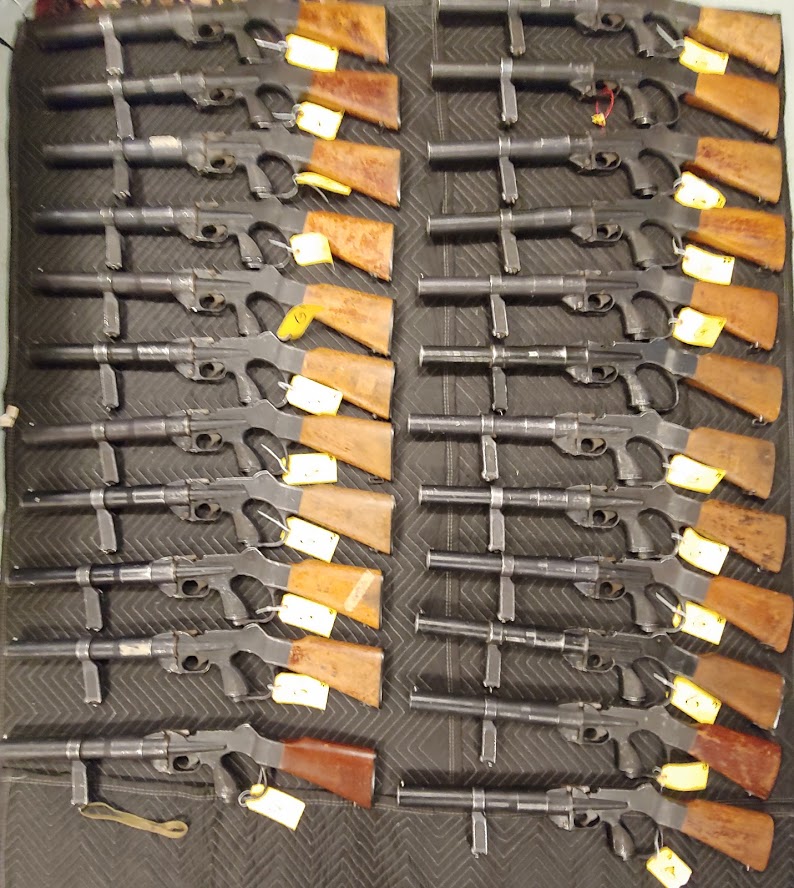 This makes me think I should set up a nice photo with my good camera... Wish I had the time to do a proper photoshoot. 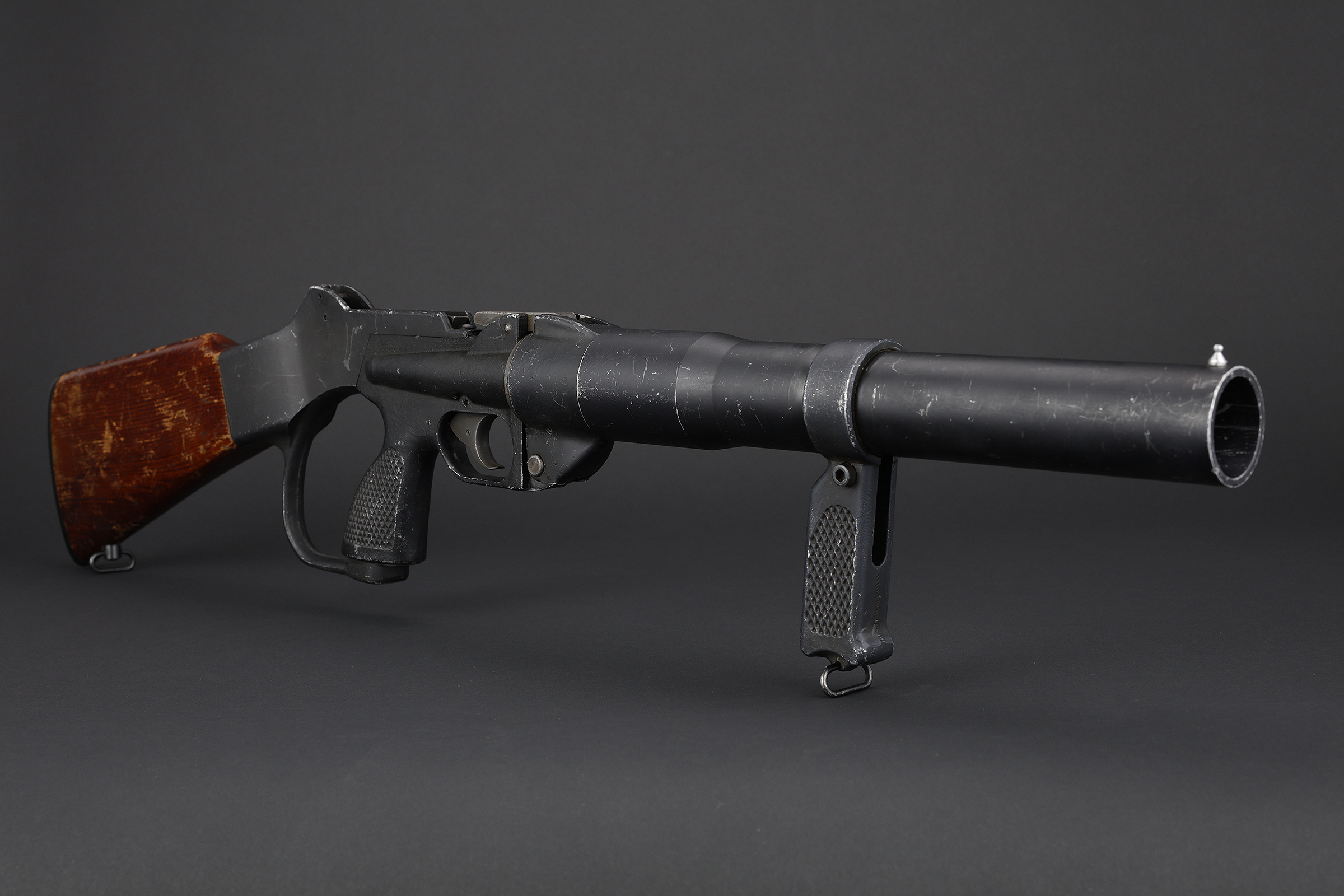