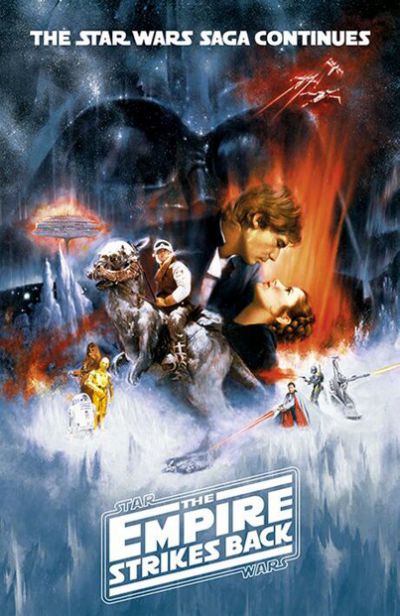 Hard to believe that on May17th (the date of the Premier at the Kennedy Center), or May 21st (the general release in the US), it will be 40 years since The Empire Strikes Back was first released in theaters.

I was one of the few, as Rian Johnson tells it, who loved and embraced this film and have always called it the best in the franchise.

I was 6 years old and I do distinctly remember that when the movie started and the Star Wars logo hit the screen, I turned to my brother and said “they are playing the wrong one” (I had assumed they had mistakenly placed the original Star Wars in the projector, instead of The Empire Strikes Back).

How do the rest of you remember this film, and what are you doing to celebrate the anniversary?
Last edited: May 13, 2020

I was very young when I first saw ESB....

But I too think its the best one in the series to date.....

To this day.. the opening snow scene sticks out my mind for some reason.

* The wampa/Luke pulling his saber out of the snow...
* Han and the Tauntaun and saving Luke by putting him inside..

It just all seemed to intense and I was so immersed/involved..!!!

I was 15 and I loved it. I don't recall anyone having a problem with it, other than having to wait 3 years to see the conclusion.

Nothing tops the original Star Wars for me, but Empire was the best sequel ever.

A slight tangent to get to the relevant:

Being born in '79 I didn't get to see ESB in the theater. BUT I did see Return of the Jedi in theaters. Fast forward a bit to the first BETA/VHS and my older cousins were watching it over the family Christmas party that year. 5 year old me saw the opening scenes and not recognizing Luke on his tauntaun after my cousins pointed him out as the Wampa attacks, I (ever defiant even when I was young), stomped out of the room saying "That ISN'T Luke because Luke doesn't DIE!". I never came back to watch it and didn't see the comlete movie until the what...1987...'88 NBC Sunday movie?

RPF PREMIUM MEMBER
My first memory of Empire was seeing the climactic reveal between Vader and Luke at Service Merchandise when I was maybe six or seven. I was so excited to see it playing on all those display TV's at once. My dad asked me which Star Wars movie was it and I said, it's the one where Vader tells Luke he's his father, so the second one.

I had seen it earlier to be able to distinguish it from Star Wars, but I don't recall exactly when I had my first actual viewing of the complete movie. A few years later my sister and I taped Empire and Jedi on a blank VHS tape when it played one summer on NBC. The majority of our movie collection was taped off television when they aired Sunday night movies on ABC or Saturdays on CBS, or over the summer on NBC. We only owned a few legit VHS cassette tapes for many years. All the rest were dubbed off the TV.

I must have worn that tape out watching Empire and Jedi, over and over again. Star Wars is a nearly perfect movie and Empire is without contest, the greatest film sequel ever made.

ALLEY said:
Hard to believe that on May17th...
Click to expand...

I had to look it up, because that didn't seem right to me. I had NO idea that the film had a staggered release in the US:

Weird! I thought I remembered seeing it in May, but guess I must have first seen it in June then, since I don't believe that Denver was ever one of the "limited release" cities. What was nice about Denver though was the fact that back then there were no less than three 70mm theaters - I had an awesome childhood when it came to big "event" film releases.

What I recall about it was being surprised/confused by seeing "Episode V - The Empire Strikes Back" at the top of the crawl. I was thinking "WHAT?! They skipped a bunch of them!"

Truly a near perfect film. They just don't make them like they used to.

This is is a perfect example of what to do when making a film. It's nothing short of perfection.

I honestly can not tell you when I first saw it.

I can't remember when I first got to watch it. I think we where visiting my grandparents in California, and it was being played on TV. I can remember how freaked out I was about the Han getting frozen in carbonite. It over time became my favorite Star Wars film. Mainly because Montana winters let me pretend I was on Hoth.

I remember me and two friends driving an hour to get to a theater that was showing it. I doubt it was opening day, but it was the first showing in our area. We stood in line for two hours.

But like I said in another thread, we already knew about Vader being Luke's father and also knew who Yoda was. I don't really think the term "spoilers" had come around yet. Back then, if you were a big SW fan, you had just spent 3 years hunting down every bit of information you could find. We actually felt kinda special because we knew those facts. Never crossed our minds that knowing that stuff was "spoiling" it for us.

RPF PREMIUM MEMBER
An interesting side-note; I first saw ESB at the Gaslight Theater, in Durango, CO, in 1980... 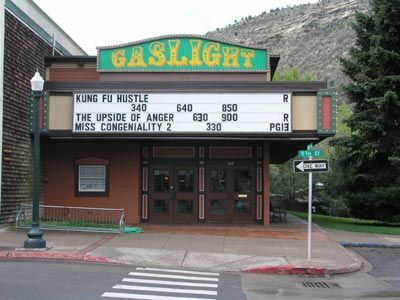 ...which was the same theater in which Kevin Smith watched The Last Jedi, for his review of that film in 2017... 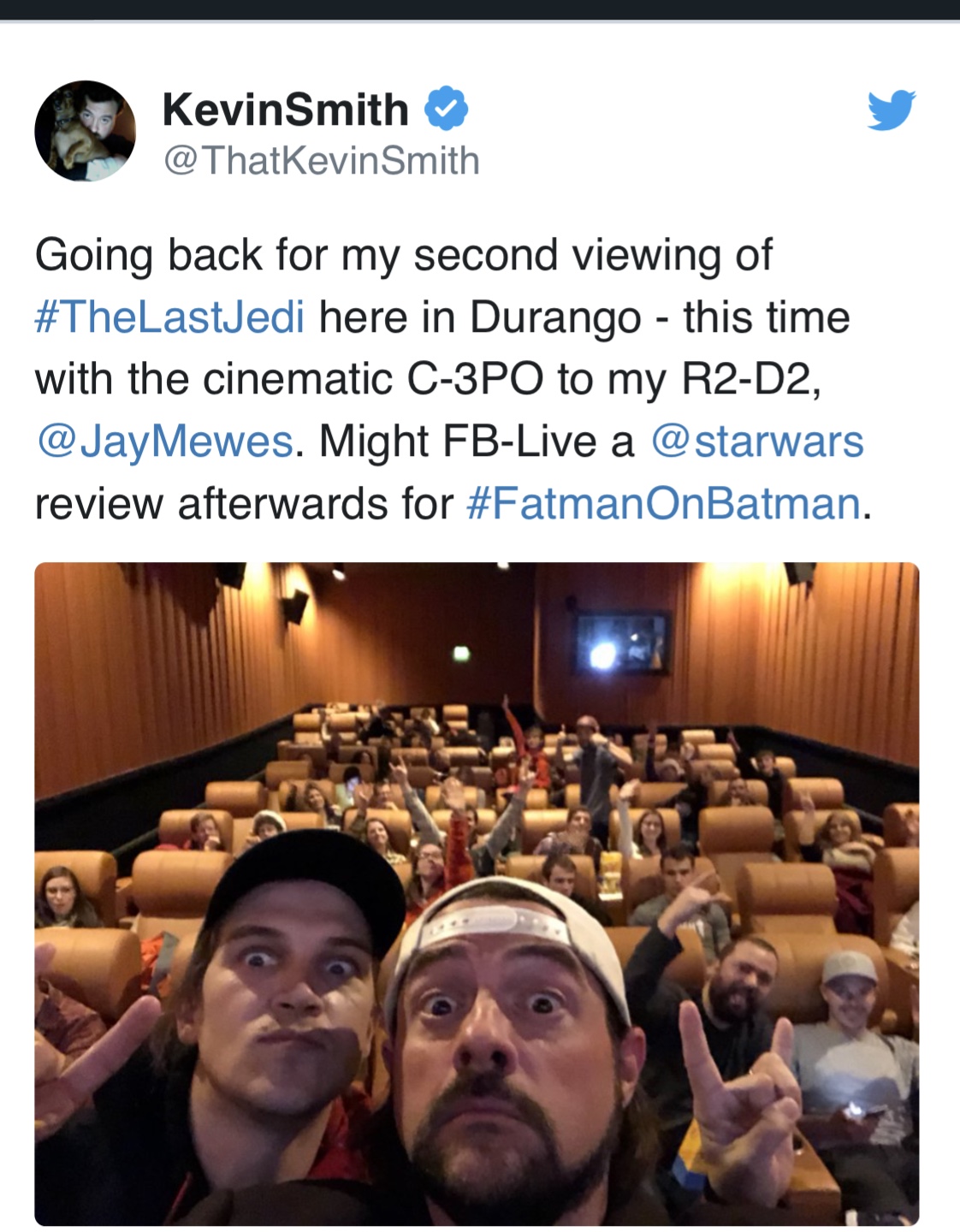 I was 7 when the special editions came out and I remember being so excited to see Empire (before going my brother and I were stomping around the garden making blaster sounds and moving our arms like the chin guns of an AT-AT, or 'camel walker' as I called them at the time...), but sadly the car broke down on the way to cinema so we had to put it off a week!

Our mum had to come pick us up, by which time we'd certainly have missed a good chunk of the film, but I remember begging them to take us anyway!

Probably worked out for the best though.

Havin been born in 86 I haven't seen any in theatres until the Special Editions. Movies in socialist era Hungary were somewhat cultic as they were not as readily available (Back to the Future for example premiered in 1989), and almost all of them were dubbed. VHS in the early 80s was mostly bootlegged stuff with homemade narration where a single guy was reading the dialogue in a monotone voice.
I saw Empire first on VHS which was recorded from a German channel, SAT1 or maybe Pro7...I was probably 5, I couldn't understand a word and spoke no German but just loved the characters and the look.
Later when we got the entire trilogy on proper VHS it quickly became my favourite mostly because Vader was my favourite character and it was really his movie.
Recently I started appreciating it more from a filmmaking point of view even more. It's an unbieveably well lit and shot film and has the best dialogue out of all SW movies. Really a valuable and excellent film on its own.

I was 12 when I saw The Empire Strikes Back, we were on holiday in Blackpool, we saw it in the Odeon 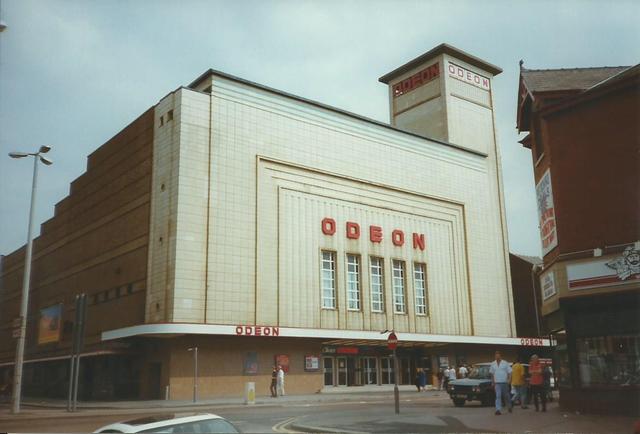 Maybe a couple of times,....I remember getting a few ESB figures from the shops there,....Han Solo in Hoth Outfit & Luke Skywalker in Bespin Fatigues,.....I Remember the smell of the plastic 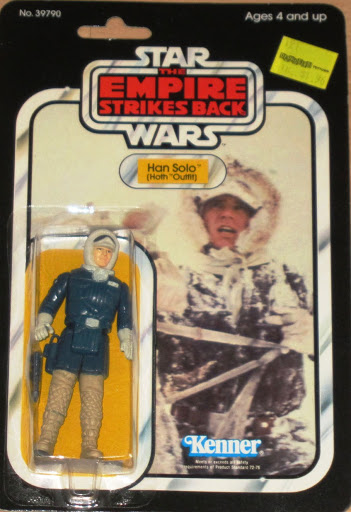 On the way back home before we caught the Liverpool to Belfast ferry, my dad surprised us, he had tickets for Liverpool v Crystal Palace football match,....Liverpool won of course

RPF PREMIUM MEMBER
I was 19 and was Enlisted Aircrew in the Military, having the time of my life, so it was kind of anti-climatic for me, but I did enjoy it

I was 17 when it came out.
Wishing every day I had a Speeder so I wouldn't have to walk to and from school.

RPF PREMIUM MEMBER
I wasn't born yet when it came out and don't recall my first time seeing it, but my very first Star Wars memory is from this film. I remember my two older brothers were watching it at home and a very young me peered around the couch to catch a glimpse...first thing I saw was Vader's ominous and shiny helmet looking out of the viewport of his Star Destroyer into the vastness of space. It was the part just after Luke gets rescued from Bespin and he and Vader are having that force-conversation. Something about that short-lived glimpse of Vader instantly drew me in, and I had to know more. Ever since then Star Wars has been apart of my identity, really.

While I attribute The Clone Wars to really be the Star Wars I grew up on, as I've gotten older I've grown to love and appreciate the OT more than I ever had before, Empire in particular. It's my favorite Star Wars film and on many days my all-time favorite film, and it kills me I didn't get to experience its magic in theaters like many of you did.

I was only a wee tot when I first saw Empire, over a decade after it was released. Here's a photo of one of my earliest viewings. Fandom in the making. 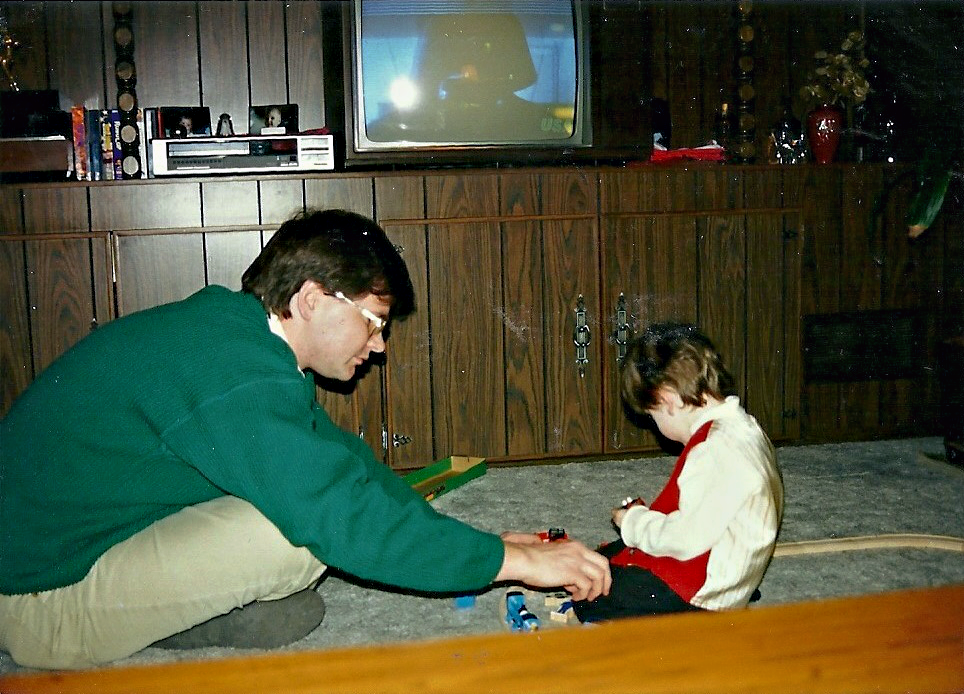 To the Journey: looking back at Star Trek Voyager (documentary)

Tuesday at 11:05 AM
The Terminator