RPF PREMIUM MEMBER
Can’t wait for the Mag Slacker !
I know this will fill a lot of peoples Peter Parker itch !

RPF PREMIUM MEMBER
Not sure if any of youz Amazing spidey fans out there know of the Magnoli Slacker interest thread.

A customer asked if we could do a run of these "slacker" backpacks from The Amazing Spider-Man. So... what kind of interest would there be in these? We thought of offering them with or without the extra tan straps across the back. Let us know if you'd be interested and which version you'd...

This opens up the Slacker for all of us that wanted one and missed out.
A

Guys, I've got some pretty cool new info on the black Vince jacket!
In this thread, it was originally believed that the jacket worn for the "I'm Richard Parker's son" and "lovestruck skateboarding" scenes was an olive green Vince jacket dyed by the costume design team.
I found an ad on eBay about a month ago for the exact jacket, yet it was in black! I negotiated with the seller and got quite a good deal on it as well. I already own a green one like the one worn in the movie, but now I have the black one as well!
My theory is that the black variant on the jacket was a much smaller run than the green ones. I haven't seen any evidence, much less a listing, that the black jacket existed as a retail product. I've been to the deepest corners of the internet and have found a handful of green ones and a couple navy ones, but the black one is a new discovery. There hasn't been any mention of these in this thread either, which leads me to believe that the existence of these jackets is a new discovery to the community.
A 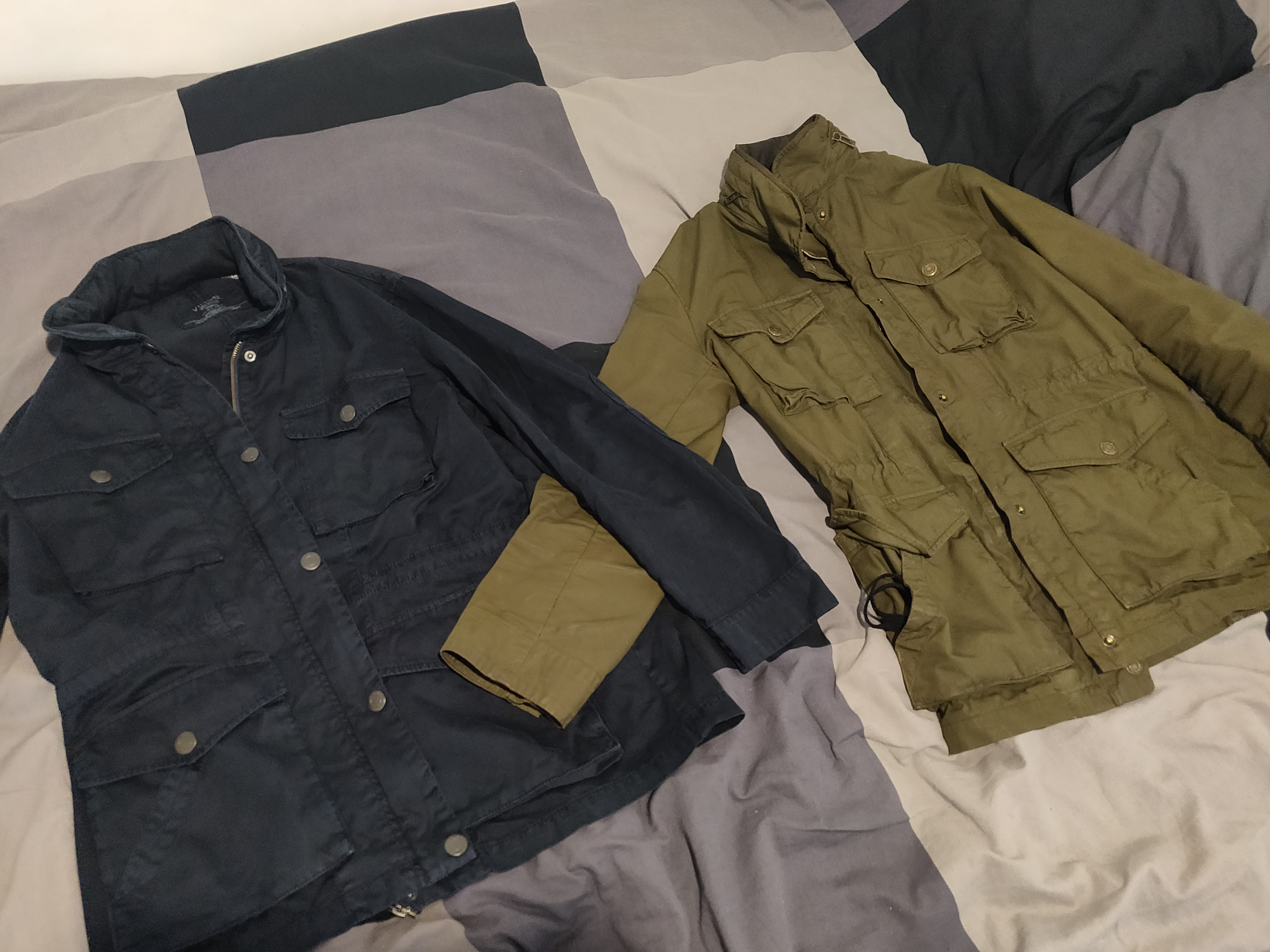 Best look at the black boots so far. I don't know how many people are interested still but any ideas on the what they are? They unfortunately look a bit generic and I don't see any logos

Selling an original Vince army jacket as worn by Andrew Garfield in TASM. Im also including the Einstein shirt and grey waffle long sleeve (with thumb holes) as seen in the oscorp scene. Jacket size is large and both shirts are medium. 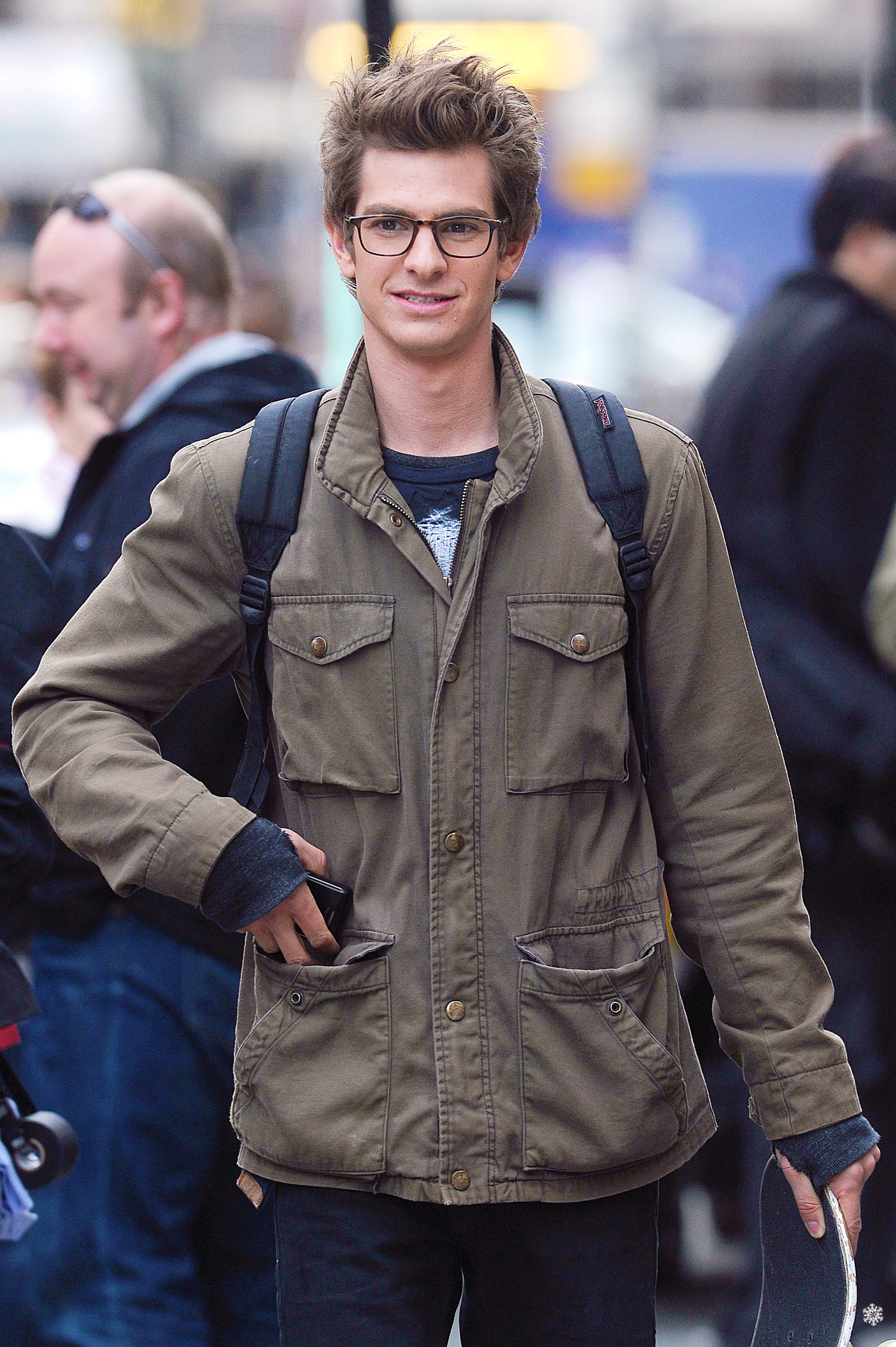 Asking price: $15,000 obo
I don't know where else to post this so I'll post it here. The main reason I'm selling is because I've fallen on hard times, both my parents are disabled and unemployed (my father is also diabetic), I have a younger sibling I have to care for and I'm currently enrolled in college (and working night shifts) so I'm trying to keep a sinking ship afloat. That is why I have no other option but to sell my prized possessions. I know the asking price is a lot and the only reason I placed it so high is because Im running out of options. I don't expect to receive the exact amount I asked for so please pm me with any offers. I appreciate all of your attention and time.

Happy 10th Anniversary guys! I discovered this thread back in 2013 and started putting the outfits together. I recently finished recreating all of the outfits from TASM 1, figured I'd share them for the anniversary!

Thursday at 6:57 AM
Jacob Center