Hello! I've been working on putting together this key from Demon Knight that I just picked up from a member here. It came in kit form which has been fun to put together this last week. It came with all the parts to assemble it like this. 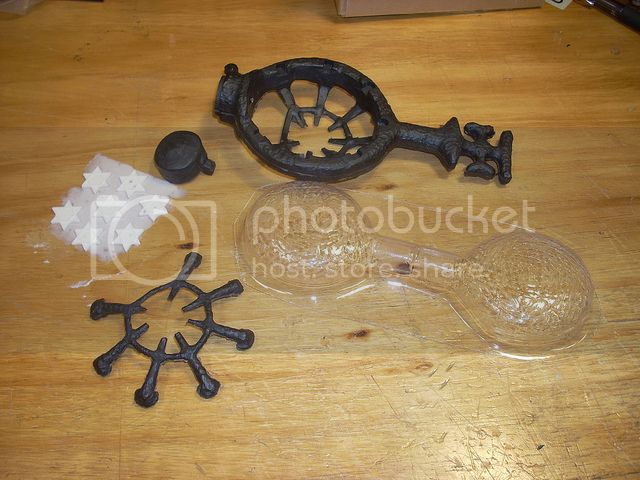 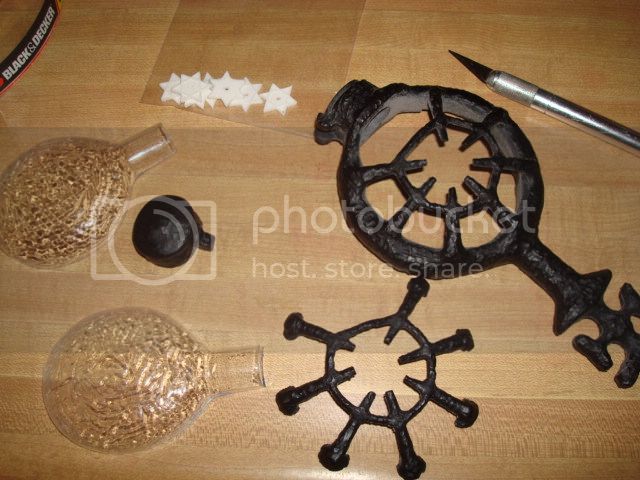 Originally, the two halves of the vile were one piece that had to be trimmed and sanded to lay flush with each other. All the other parts had small cleanup as well around the edges that were pretty easily taken care of.

Next, I took my drill bits and gradually drilled the hole through the top until it was as big as it would go, then finally using a dremel to make it big enough to fit the end of the vile inside once it had been glued together. 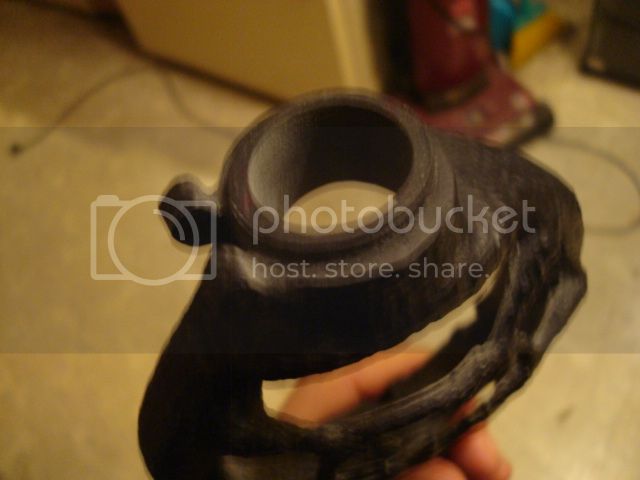 After that I put the lid on top and drilled a small hole straight through, careful not to come out of the front side of the Key (so the pin will only show on the backside). I then used a small brass nail as a pin which fits snugly enough the lid doesn't move without some resistance. 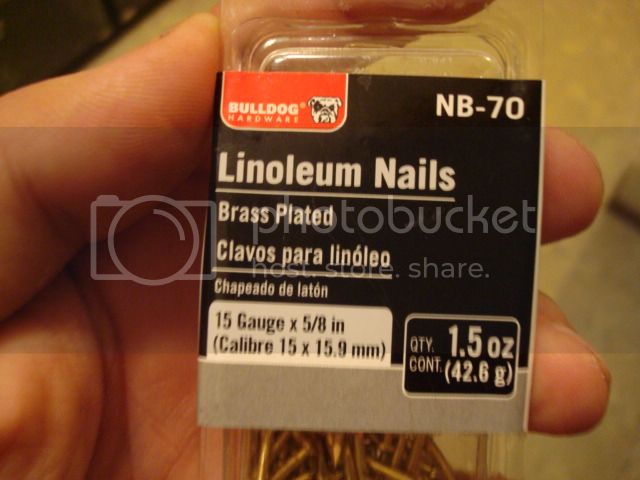 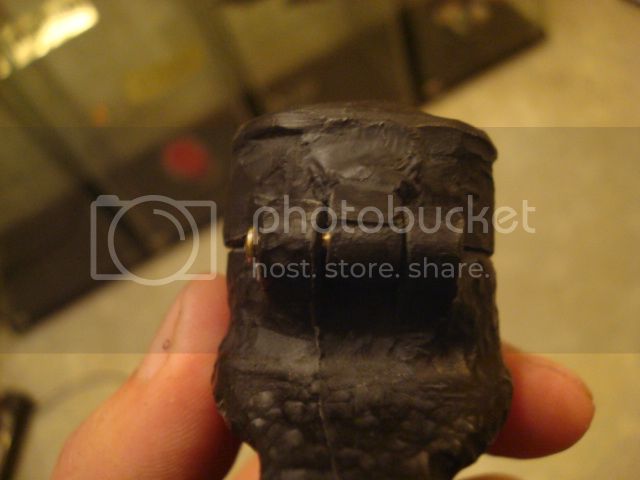 Once that was done I drilled small holes in the center of the stars and also on the stems on the front of the key. I did two different spots as I wasn't happy with the spacing the first time around. 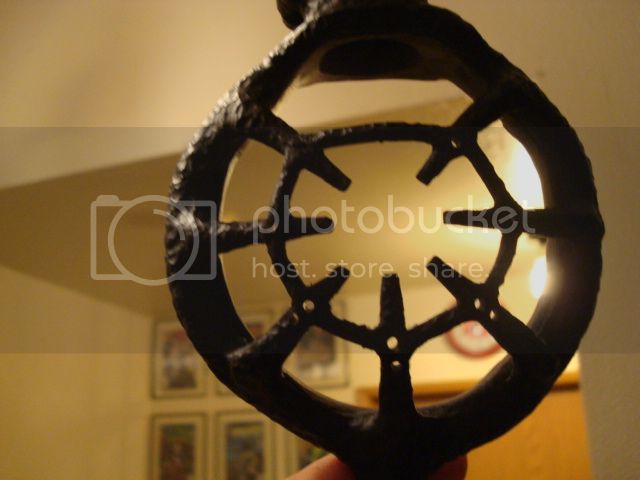 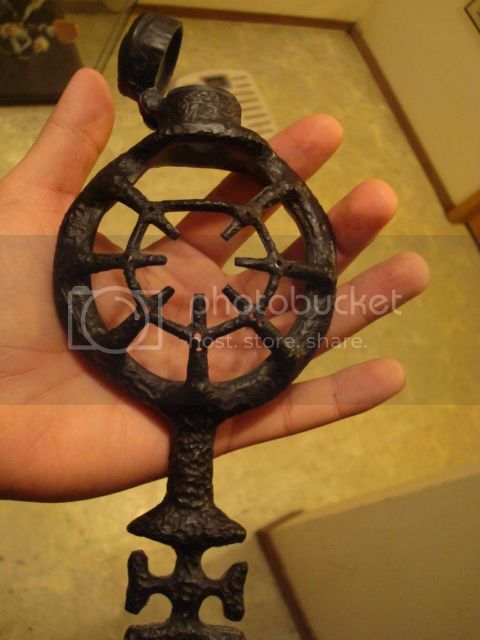 I also during that time painted the stars a Krylon Gloss Ivory. 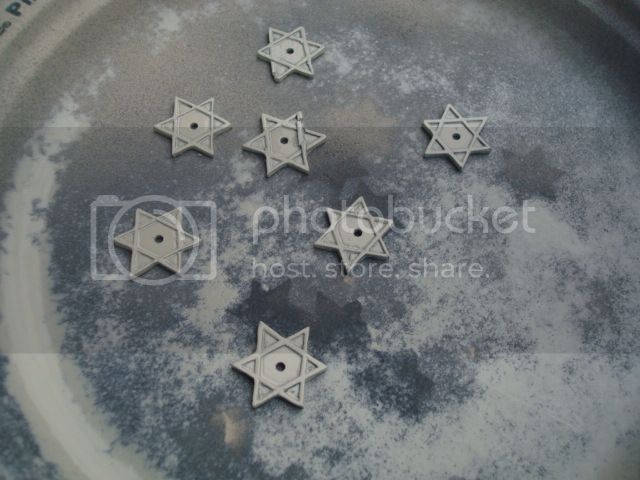 And here is what they look like with the nails that will hold them to the key once its finished. 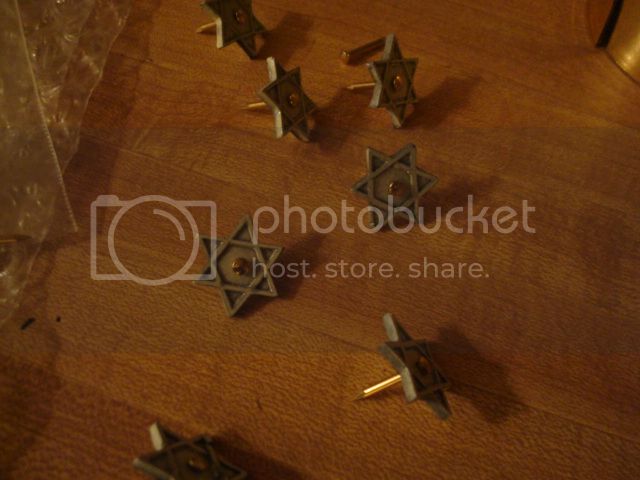 I used Krazy Glue Gel to glue the key together. Its very sturdy and I've used it for lots of different projects. I like it better than regular Krazy Glue as it doesn't run and isn't watery and is ideal if there's a slight gap in whatever you're gluing. 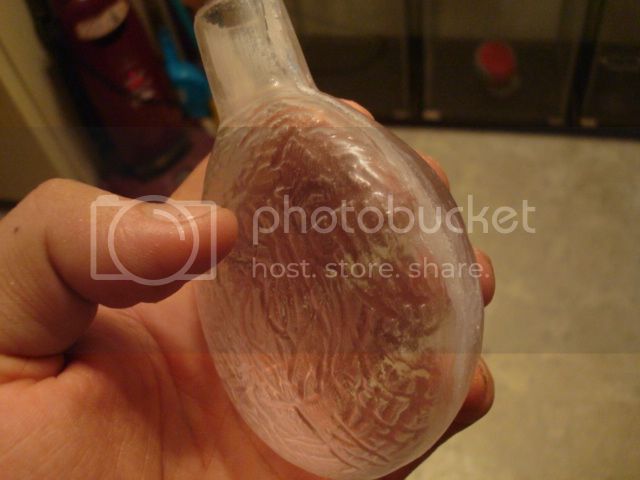 After spraying the key with primer I did a few coats of Krylon Metallic's Bright Gold. Its super shiny and is a great color, dries instantly, and isn't a sticky metallic paint like some other's I've used in the past and handles great. 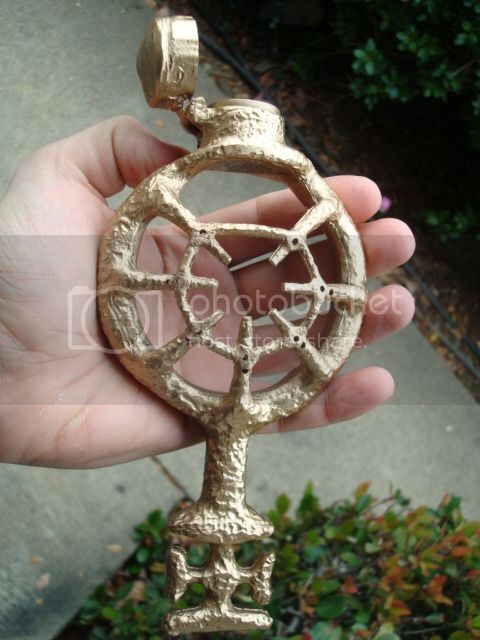 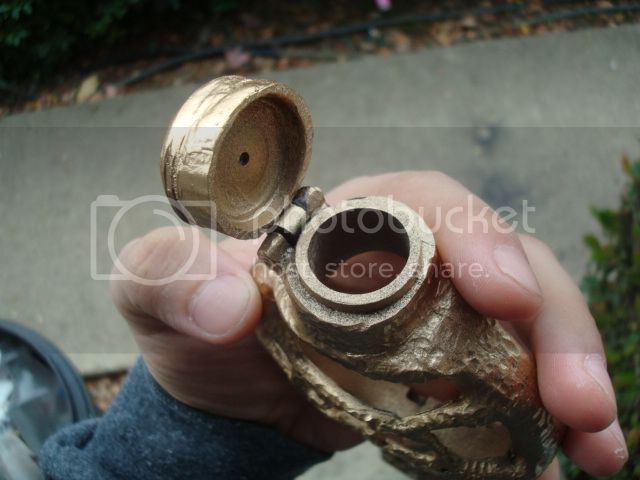 I've finished painting it (pics above are before weathering had been done) and am just waiting for some Magic Sculpt in the mail to get it done. I'll post more progress pictures soon for anyone interested about the finish I did on it. I think I was able to make it look very aged which is what I was hoping for. I also did the stars but have yet to post new pics of either yet.

Love it! It looks amazing. I love this movie and what a great prop to build. Great job!

Very cool! Always great seeing another key out there!!

Thanks buddy! It was a lot of fun to put together! For anyone that wants some pics of the finished thing here they are! Sorry for the quality but they were taken with a camera phone. I hope to have some better ones taken soon here!

Nice work. Wish I was around when these runs were done.

Now where is that DVD of Demon Night, so I can watch that classic again........

Is it bad that the only thing I remember from that movie is Billy Zane? /swoon

Love it! Just watch your hand, those this have a tendency to burn your palms!
S

Rusty85 how can I get ahold of one of these?!

Swansonly said:
Rusty85 how can I get ahold of one of these?!
Click to expand...

Honestly, I'm going to second this. Any ideas where I can get my hands on one? Pretty cool piece.

Would love to get a kit also.

WAAAY late to the game, but I too would love to get a kit for this if at all possible.

I tried making a replica when I was a teenager (shortly after the film hit video), but it came out atrocious! This looks amazing and like it could be something I'd proudly display once finished.

This is a kit I produced from the org.Molding Masters that I own. I am also the one who built this for the film. I am not at this time making any kits of it.

RPF PREMIUM MEMBER
Forget the kit ,someone make a small run, many would be of interest!:cool
i thought the stars were on both side in the film, wonder why ?
Last edited: Jan 26, 2018

Time has been good to the key! The liquid appears to be fine too woohoo!

OK guys, I have just listed what I have in the junkyard.

Does anyone know if a replica of the key is available anywhere?

What Rusty85 said; HMS Mike was able to get a kit to me a few years back.

Well damn. I was just about to model this.

Ima get one of those kits. Sweet.

D
(Scorpion costume from Mortal Kombat) How do I paint a pair of plastic leg guards?