RPF PREMIUM MEMBER
Hey RPF folk, I trust your eyes are now used to the brightness of the new site. Now I can wear my shades of an evening ;-)

I am just about to embark on a Studio scale Tie commission and I would like to make the main wing supporting structure and wing edge details from laser cut layers of steel, just to make it super straight and pretty bomb proof, and to sandwich the very expensive sheet of kool shade into position.
To do this I need to know the overall thickness of the wing edges and the raised details.

Any measurements you knowledgeable folk can furnish me with would be gratefully received.

If you look on my thread I have measured the inside of the H beam and you will also see I have shown that the coolshade is basically wider than the gap in the H beam so a very tight fit even when no paper or card is between the coolshade.

No one has actually replied to say what they used but i persevered with thin paper.

RPF PREMIUM MEMBER
Thanks for the replies guys, I have been checking your thread 3phase, nice to know whats ahead in my near future
Ive been checking over the available reference images for the edges of the wings and I've found a few differences between the ILM models.
Some of the wings are sized to finish at the ends of the greeblied stars and some seem to have an extended lip around the end of the greeblied star. This is seen quite clearly on the asteroid crash miniature, which also features a moulding detail around the edge of the koolshade.
Is there consensus on the hero version wing details ?
I have attached an image which im working on the layout of the various parts to make the metal wing structure. It still only a concept at this stage so anything can change. My main issues are the sizing of the finished details on the original and how close I can get using sheet steel.
I have labelled the bits on the image which I would love some info on.
The black dotted line sows where the greeblied star ends on my version at the moment, and the green line shows where the extra lip detail is seen on the asteroid version. 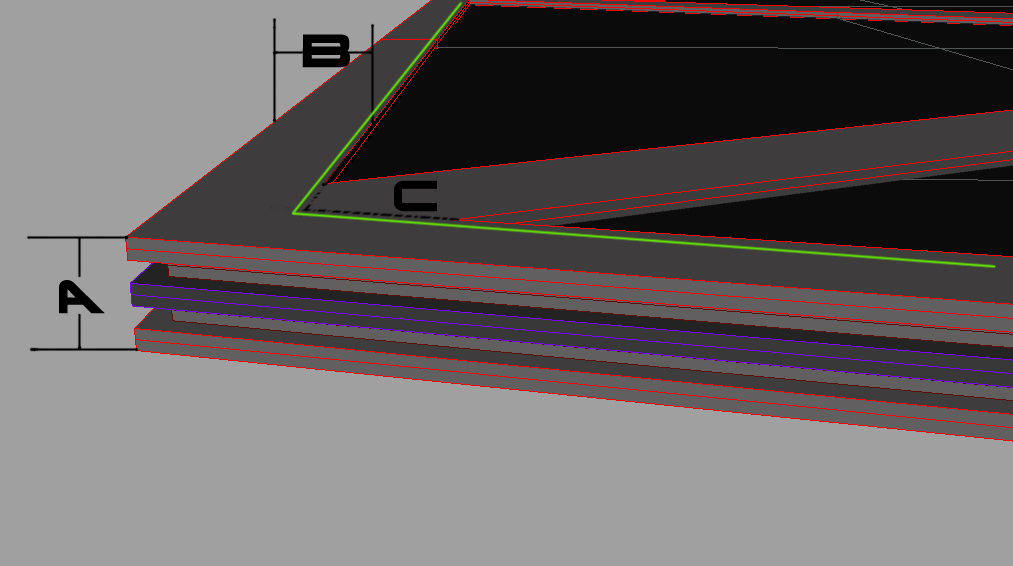 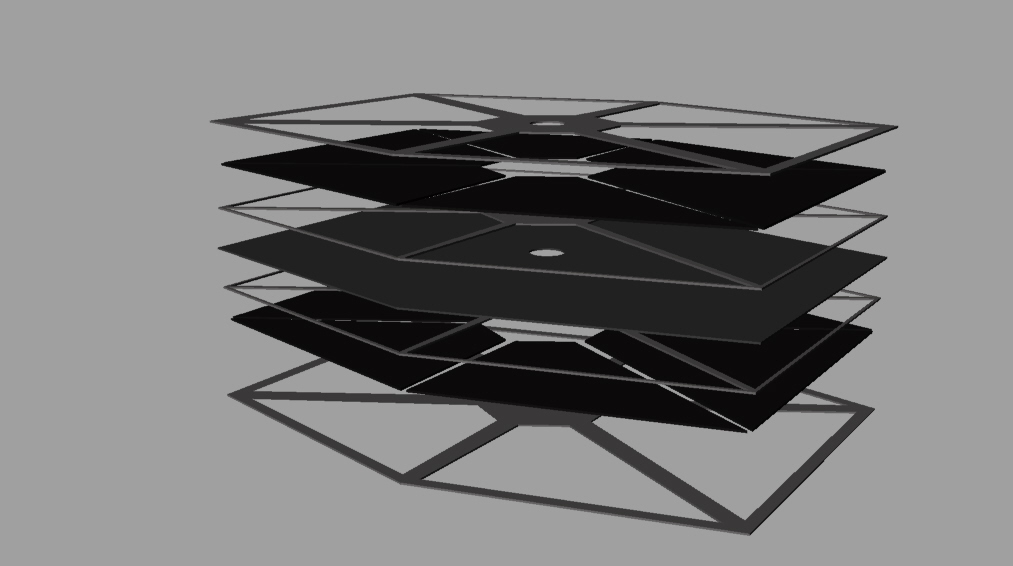 RPF PREMIUM MEMBER
This diagram may give you a better idea of how the Wings went together.
Please note: this is not to scale. 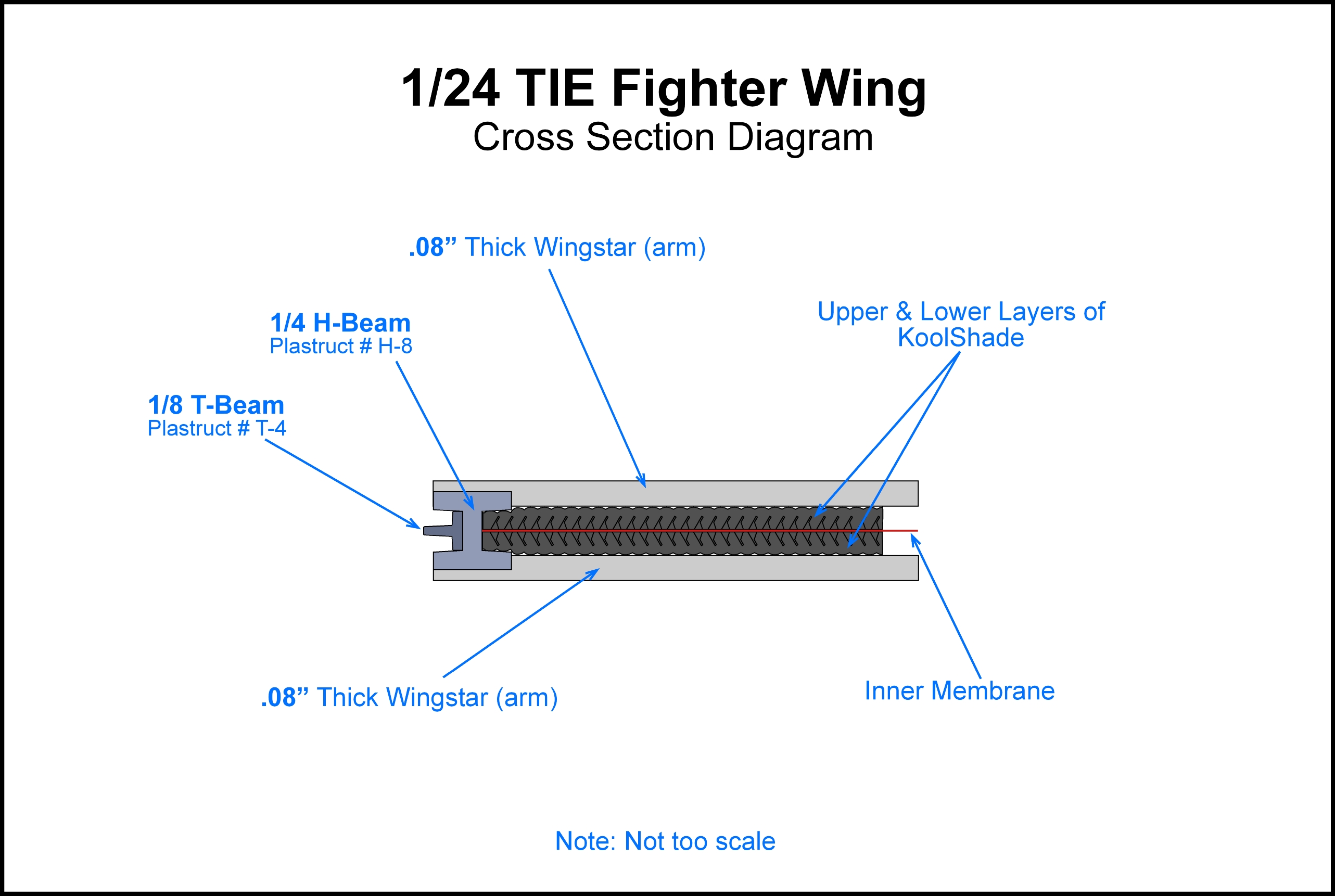 The ILM modelers mitered and butted the H-beam up against the edge of the WingStar arms at the corners.
The 1/8 inch T-Beam was mitered and completely bordered/encircled the outline frame of the wing; further holding the corners together.
There is a better solution to treating the joints at the corners than had been done on the original models

The TIE Fighters where the wingstar goes all the way out to the edge of the H beam are from A New Hope. The Empire and Return TIEs have the H beam sticking out past the Wingstar. 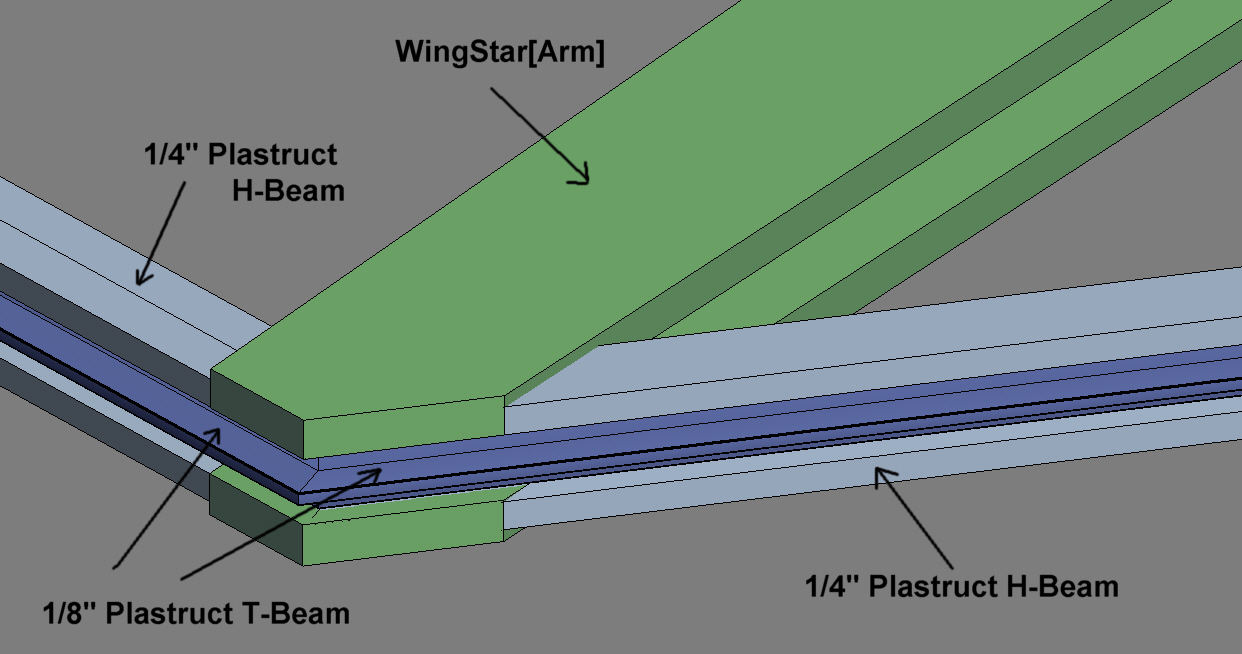 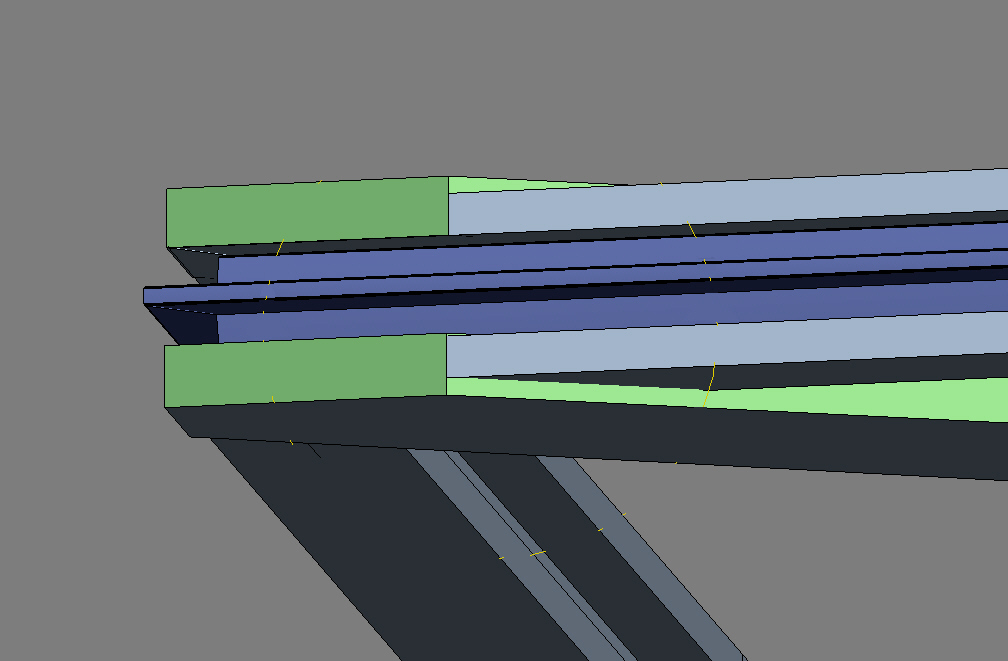 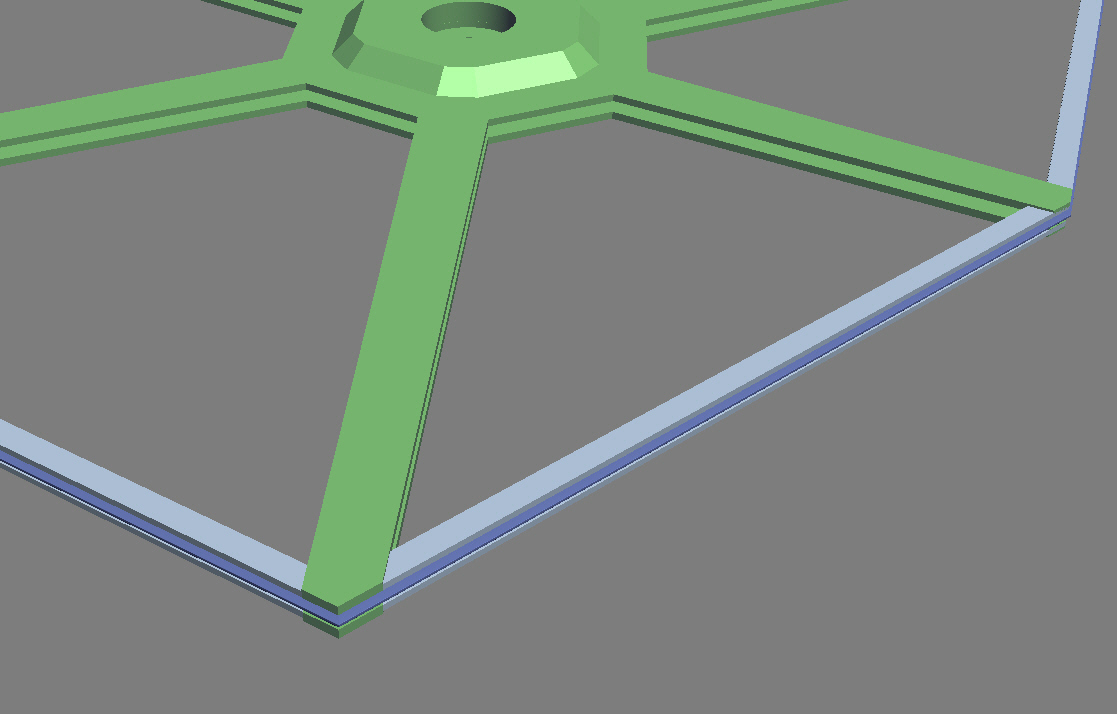 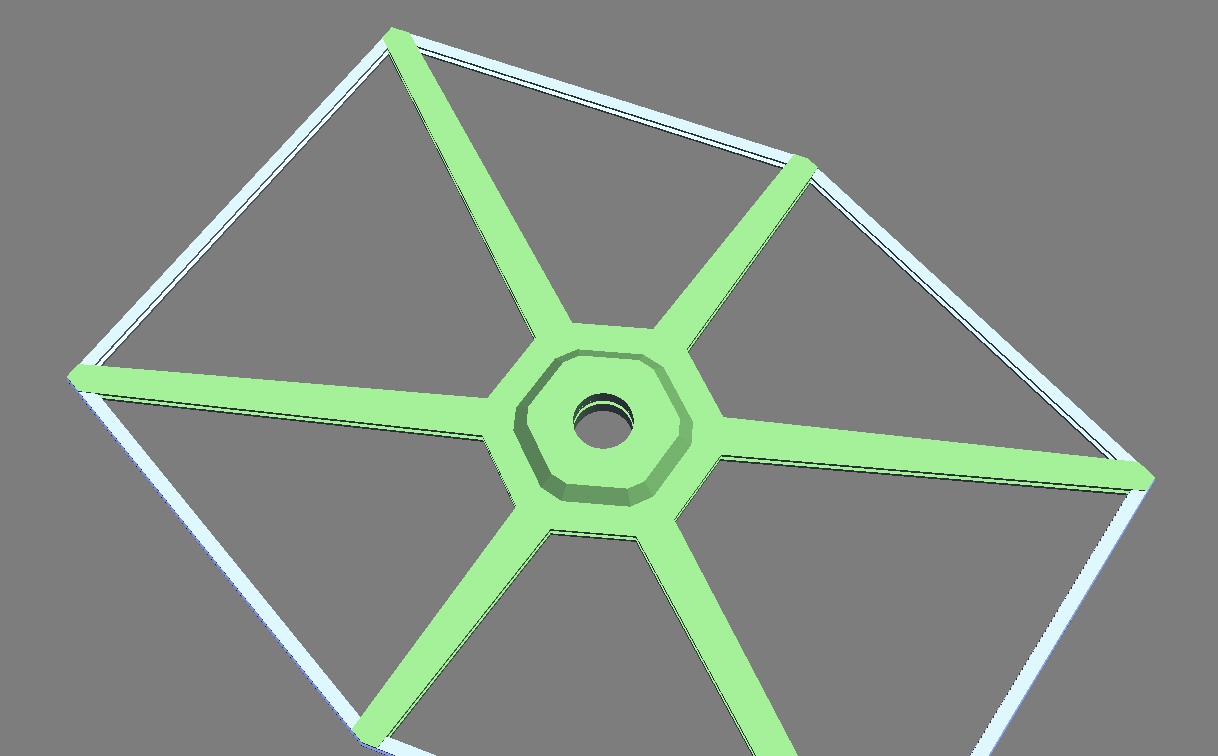 This may make things a bit clearer

swgeek said:
The TIE Fighters where the wingstar goes all the way out to the edge of the H beam are from A New Hope. The Empire and Return TIEs have the H beam sticking out past the Wingstar.
Click to expand...

This is correct; that and a few other features help tell the differences of the miniatures used from one film to another.
I assumed flysciber was looking to make an ANH version.

RPF PREMIUM MEMBER
I did a set of wings using the plastruct but used a waterjet-cut piece of thin aluminum for the core, inner membrane.
This gave it a bit more strength but not as much as I had hoped.
It was a tight fit. I had too carefully file down the KS wire, here it is hidden under the H-Beam. I also sanded the "inside" channel of the H-beam to make a bit more room.
As they say: " there is more than one way to skin a cat" , Flyscriber. I thought this might help you to arrive at the dimension you need for thickness.
I am curious what type(model) of laser cutter are you using?

RPF PREMIUM MEMBER
Awesome stuff guys, this is exactly the info I was hoping to find. I am now getting a clearer image of the construction. Weather it will be possible to get an accurate finish using the steel layers is unknown at the moment, but I will evaluate it as an option before starting them, and if it doesn't seem feasible I will definitely fall back on the tried and tested method .
greeble_gremlin, I will be outsourcing to an industrial laser company whom I have used many times before as they can do from .9mm up to 25mm stainless sheet and other metals. Just out of interest, do you remember what thickness the Aly sheet you used was ? as I can go for stainless for more rigidity if needed.
I can find out the type of cutter when I speak to them if you need. I think they are gerber, but im not sure.
B

Thank you for all that info greeble_gemlin.
Can I ask you for this "x" dimension (height of star center)?

RPF PREMIUM MEMBER
I have done this three times over? It gets OLD, lol... but here's pics of the last set I did. 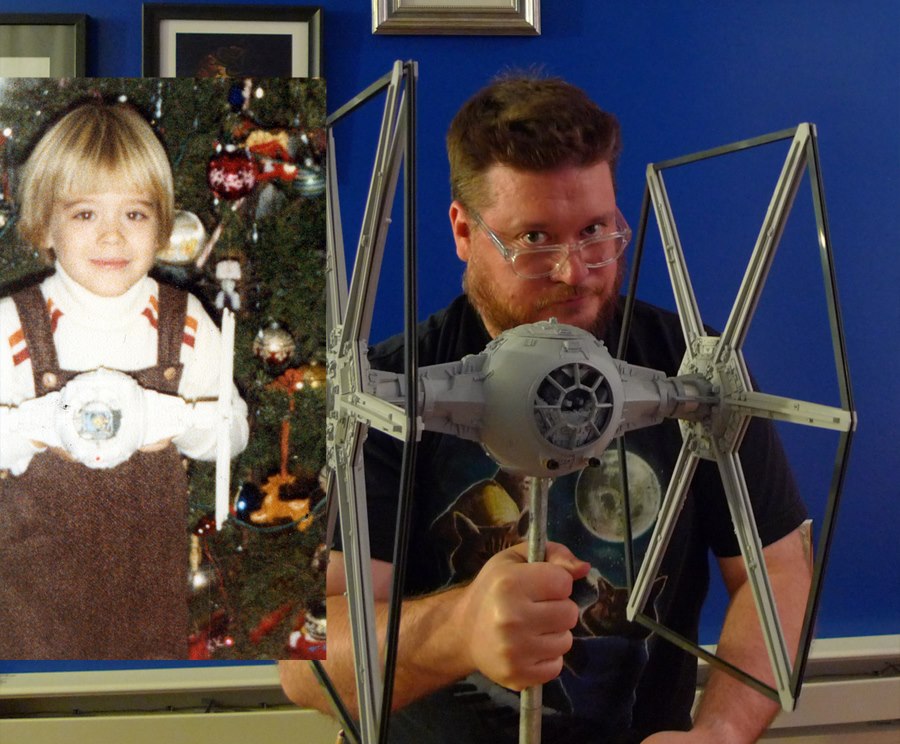 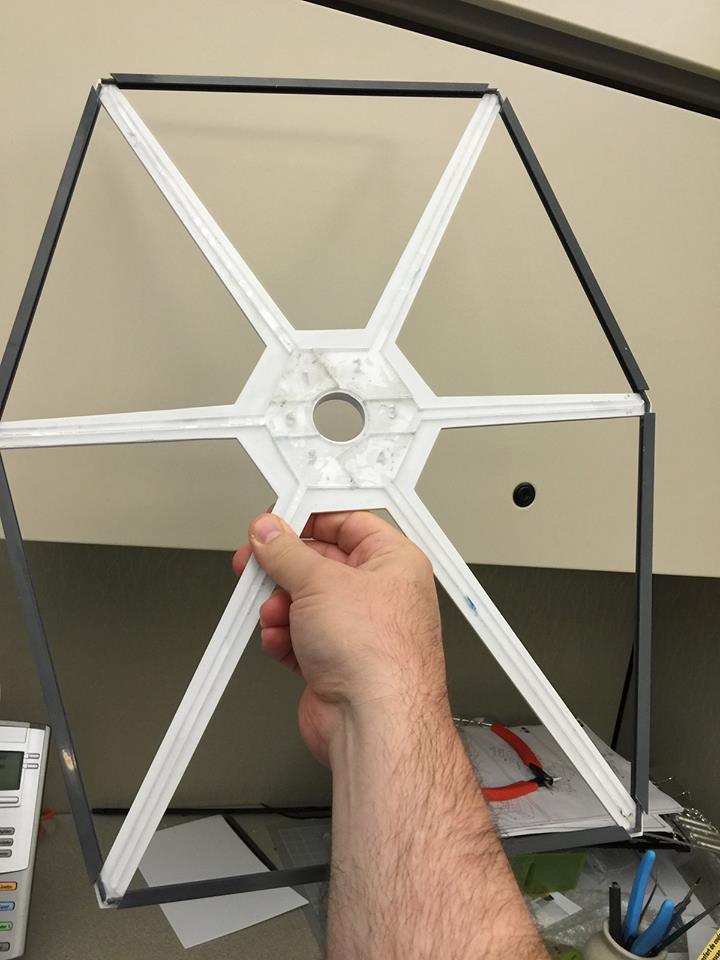 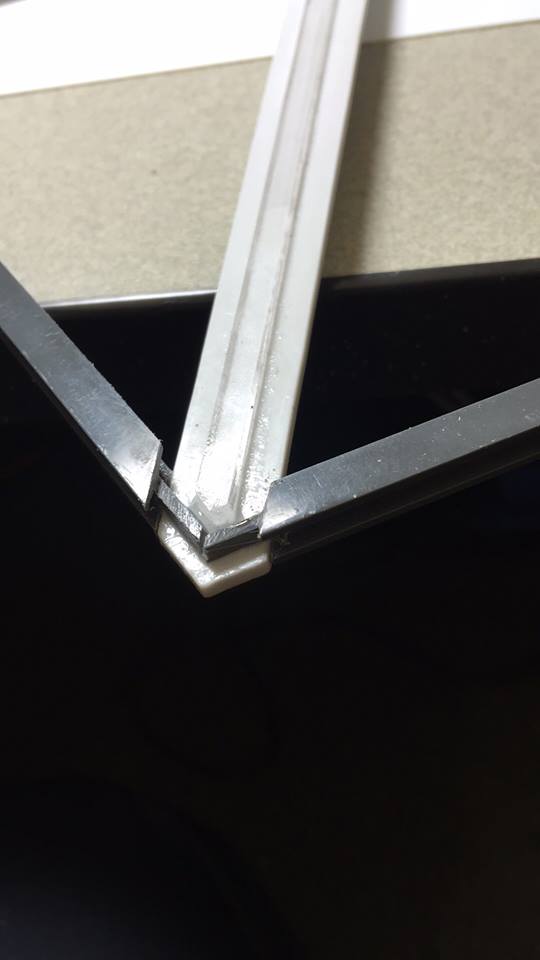 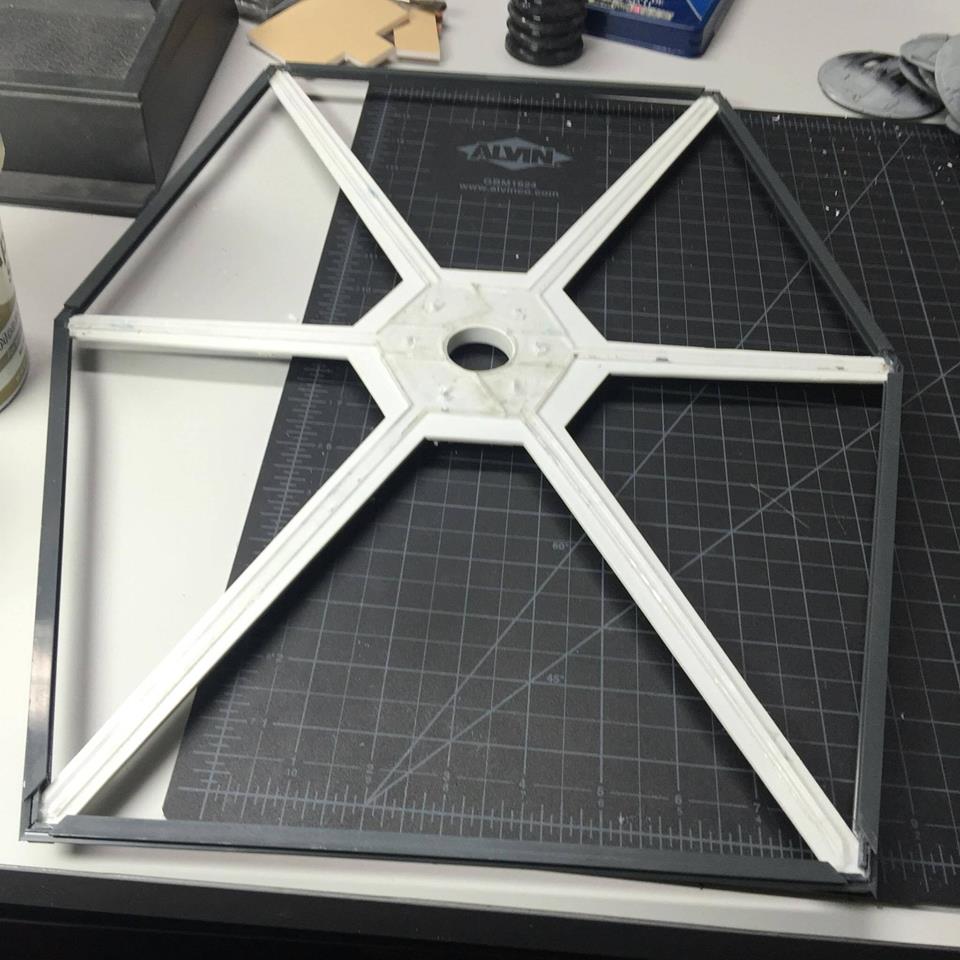 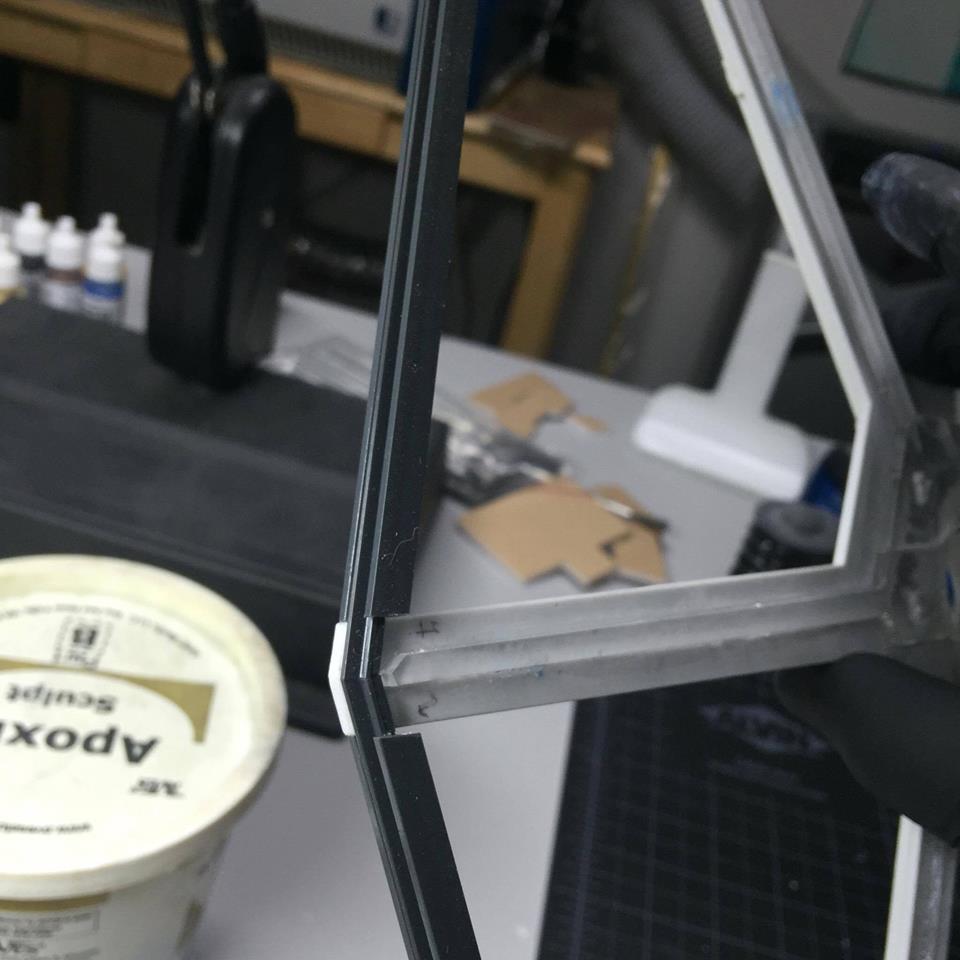 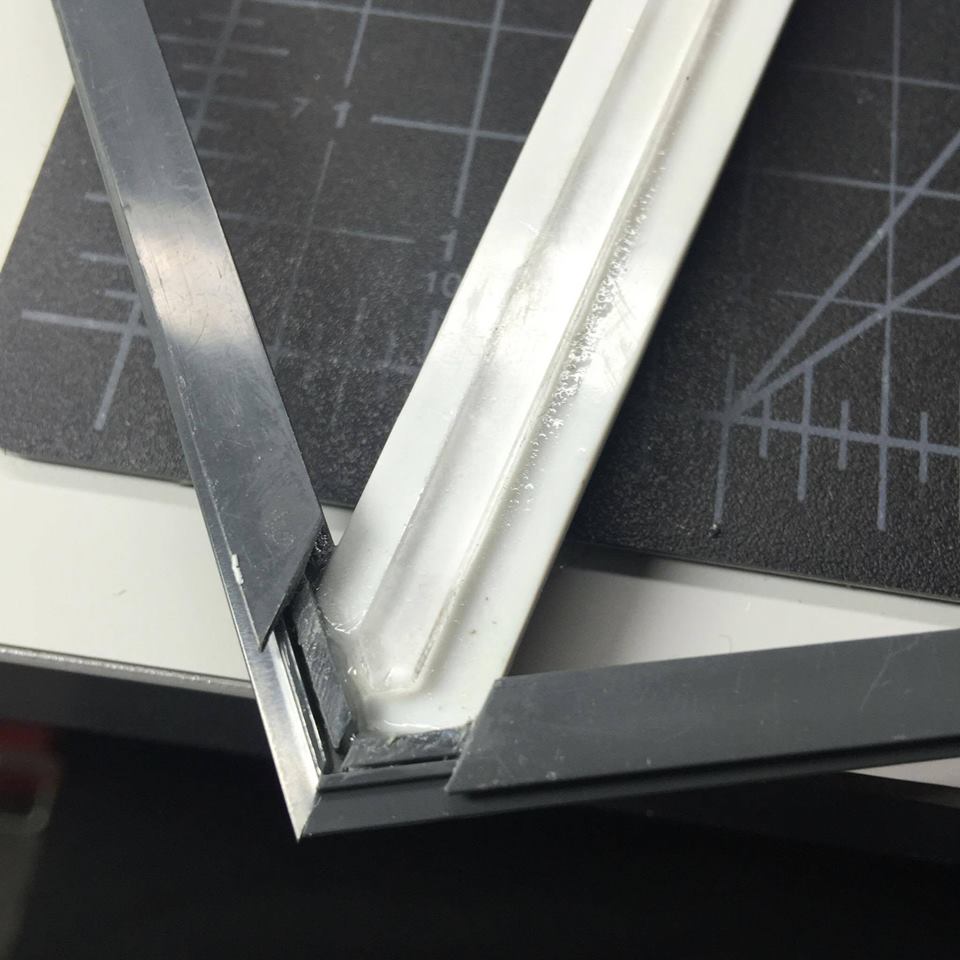 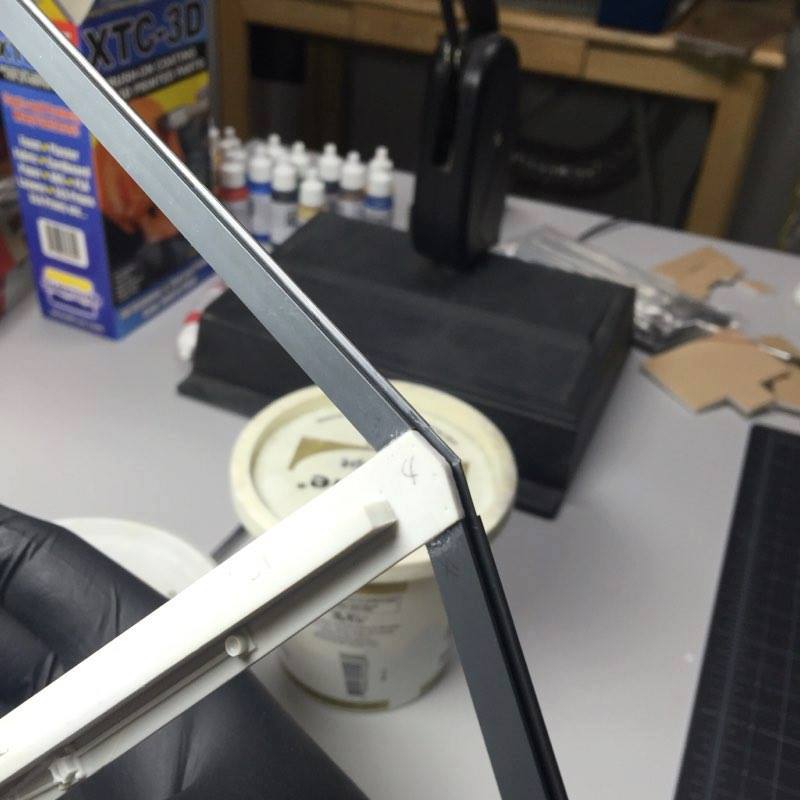 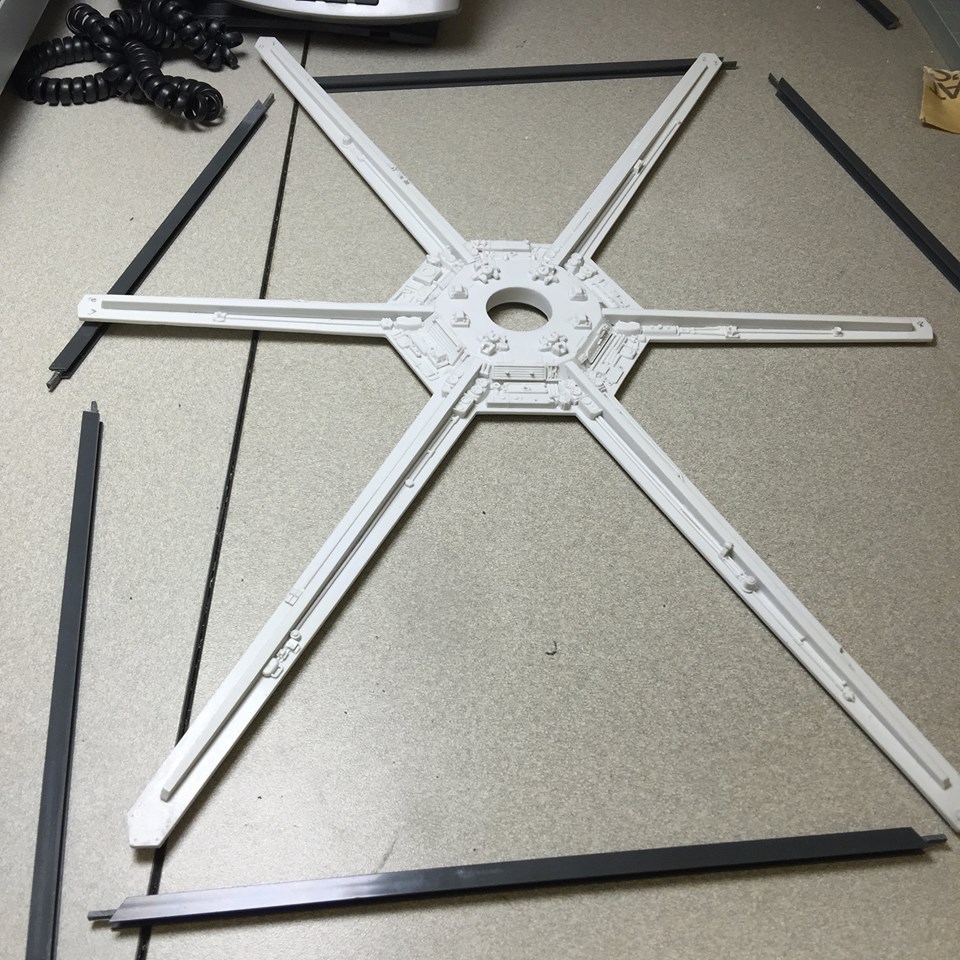 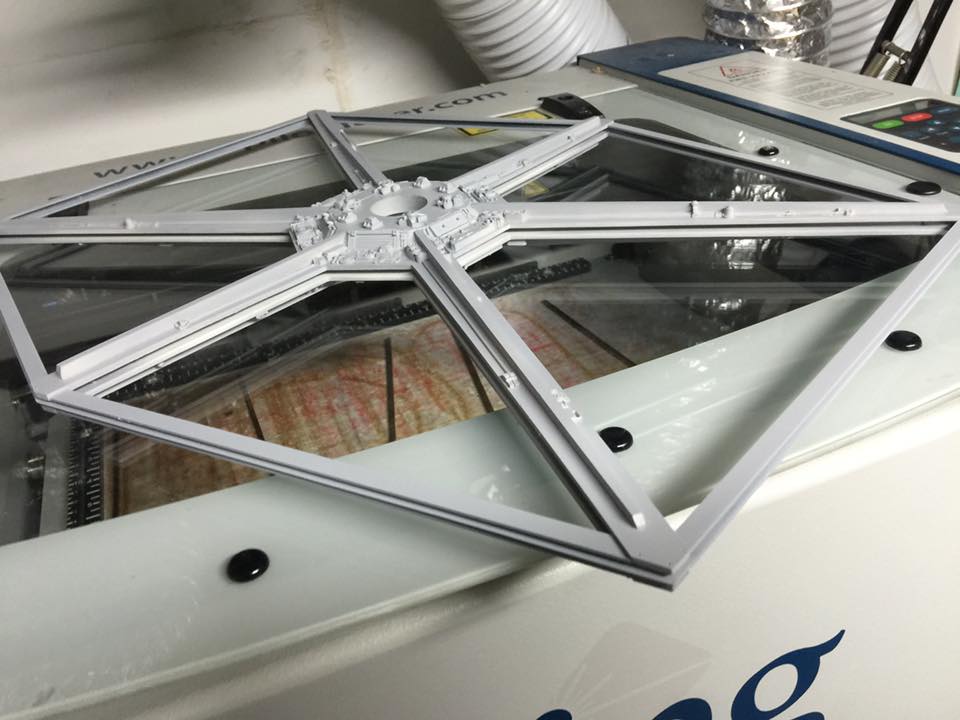 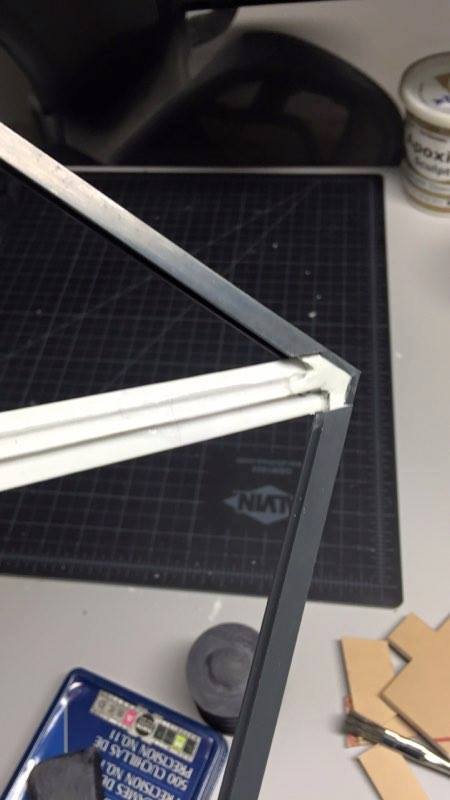 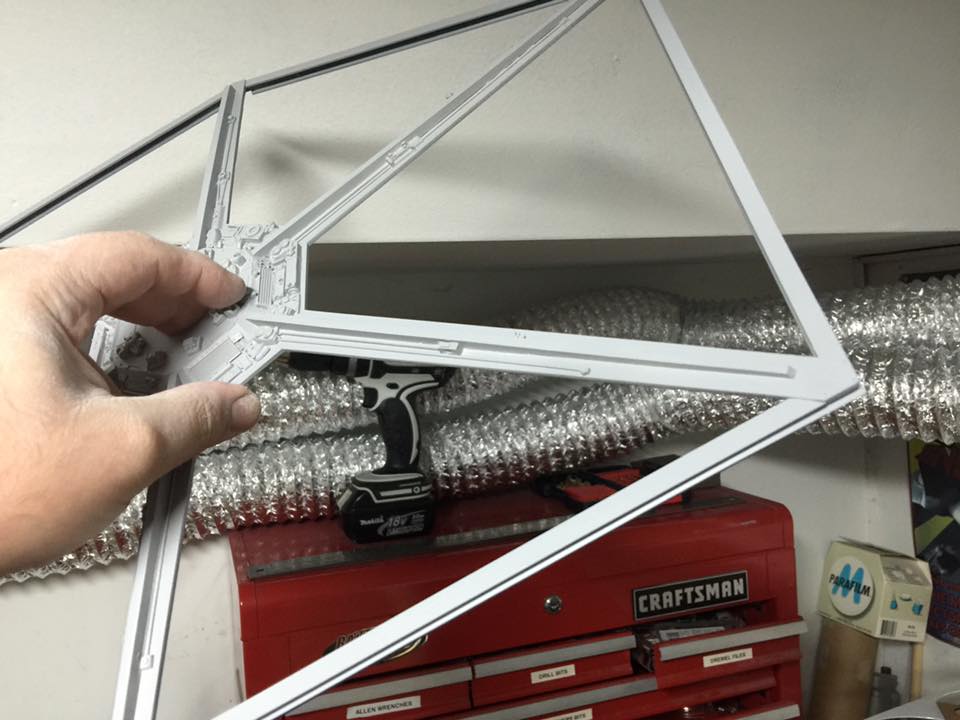 RPF PREMIUM MEMBER
PS: These are very old, are very fragile, and are from the original ANH molds, and I am having them high-res scanned so I can do a really nice ANH spec TIE. 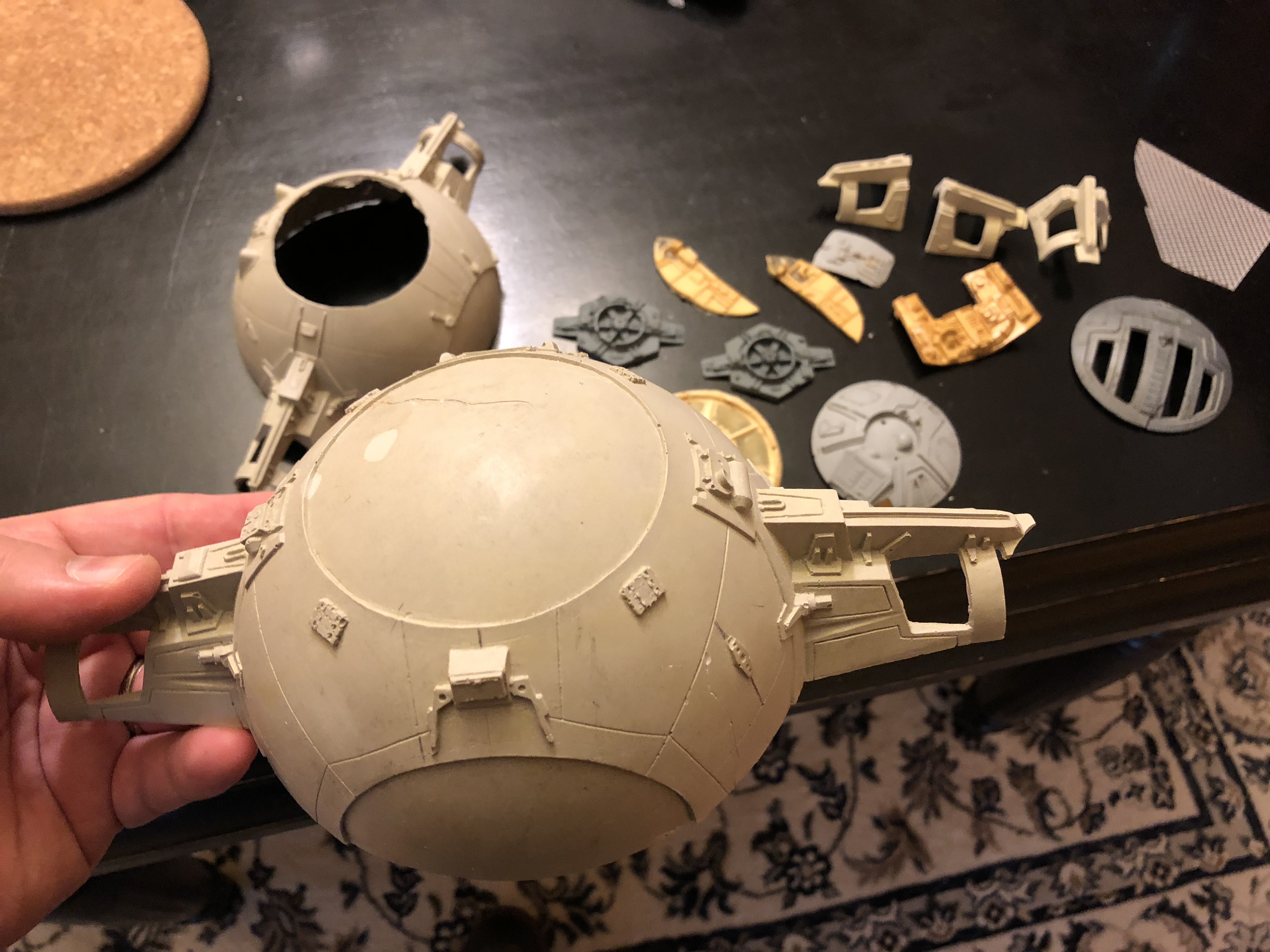 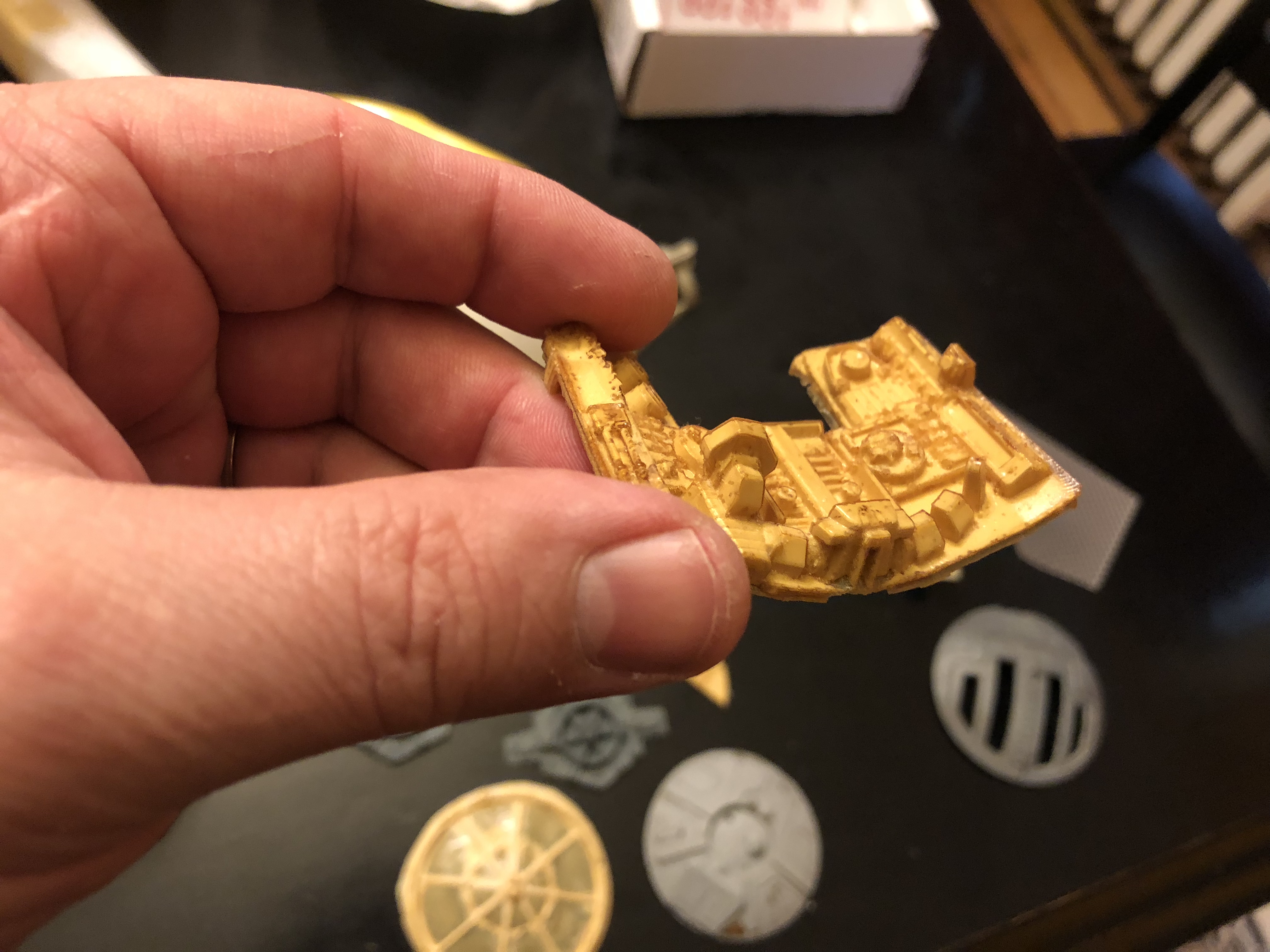 RPF PREMIUM MEMBER
and for the record - 5 1/8" inner ball and the main ball itself is FIVE AND ONE QUARTER INCH OUTER DIAMETER. We can go home boys, we did it!

Nice! Any more photos of those parts you want to share Jason?
Last edited: Nov 16, 2018

RPF PREMIUM MEMBER
Awesome pics! Jason, Thanks,
Flyscriber, look at his treatment of the H-beam at the corners, .. that is what I meant by giving it a better treatment than the originals... more surface area for the cement/bonding agent. The end result looks the same when assembled.
I also made these reinforced core frame (waterjet cut) back in 2009. I ended up not using them as I should have allowed for more over-hang of the cast wingstars
Otherwise they would have worked.
The next batch I will modify the design, though, as you can see the design waists a lot of material unless you have another project with a lot of smaller pieces needing aluminium of the same thickness.

As far as thicknesses? I will have to dig into my notes, it was almost 10 years ago 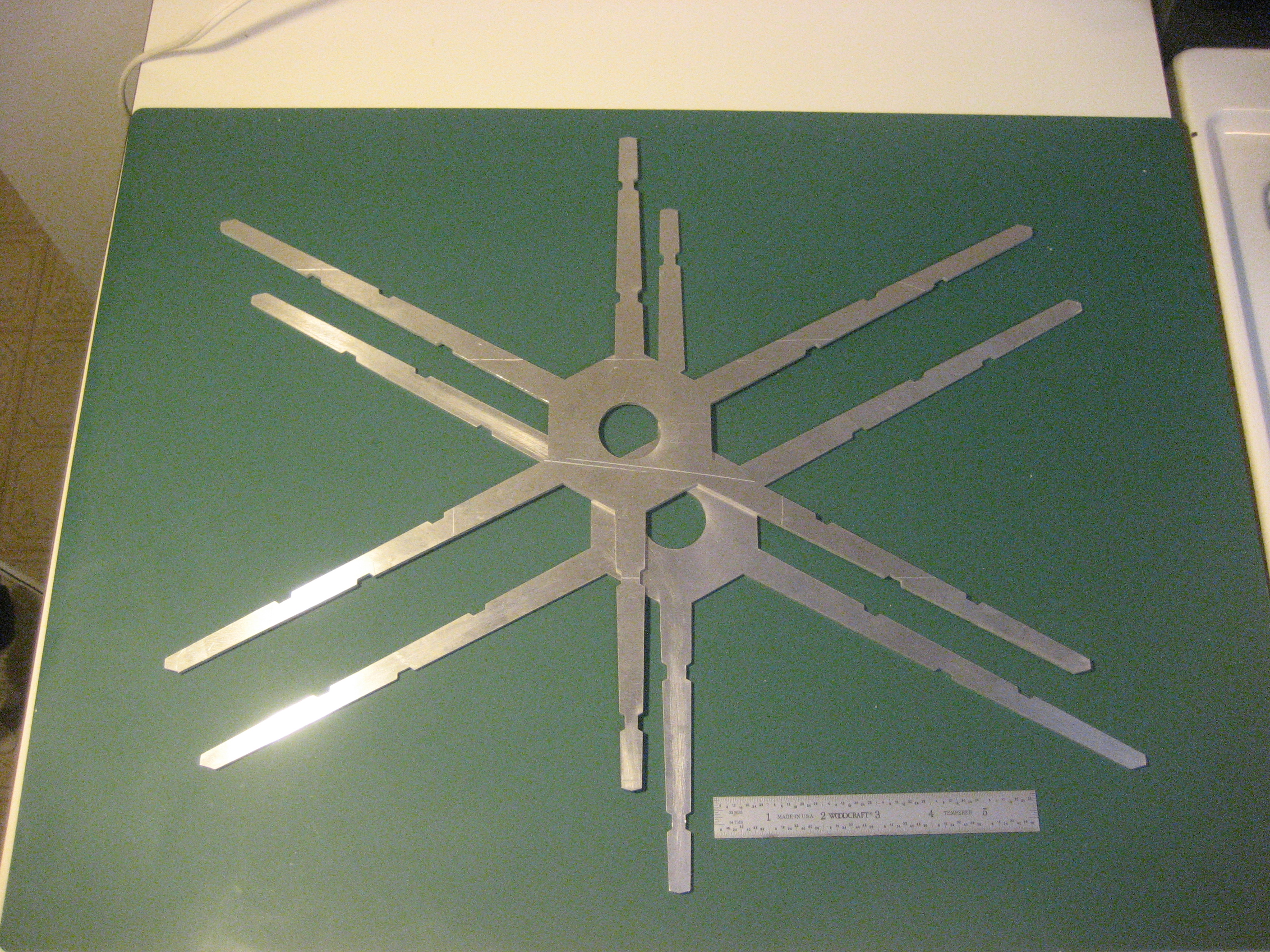 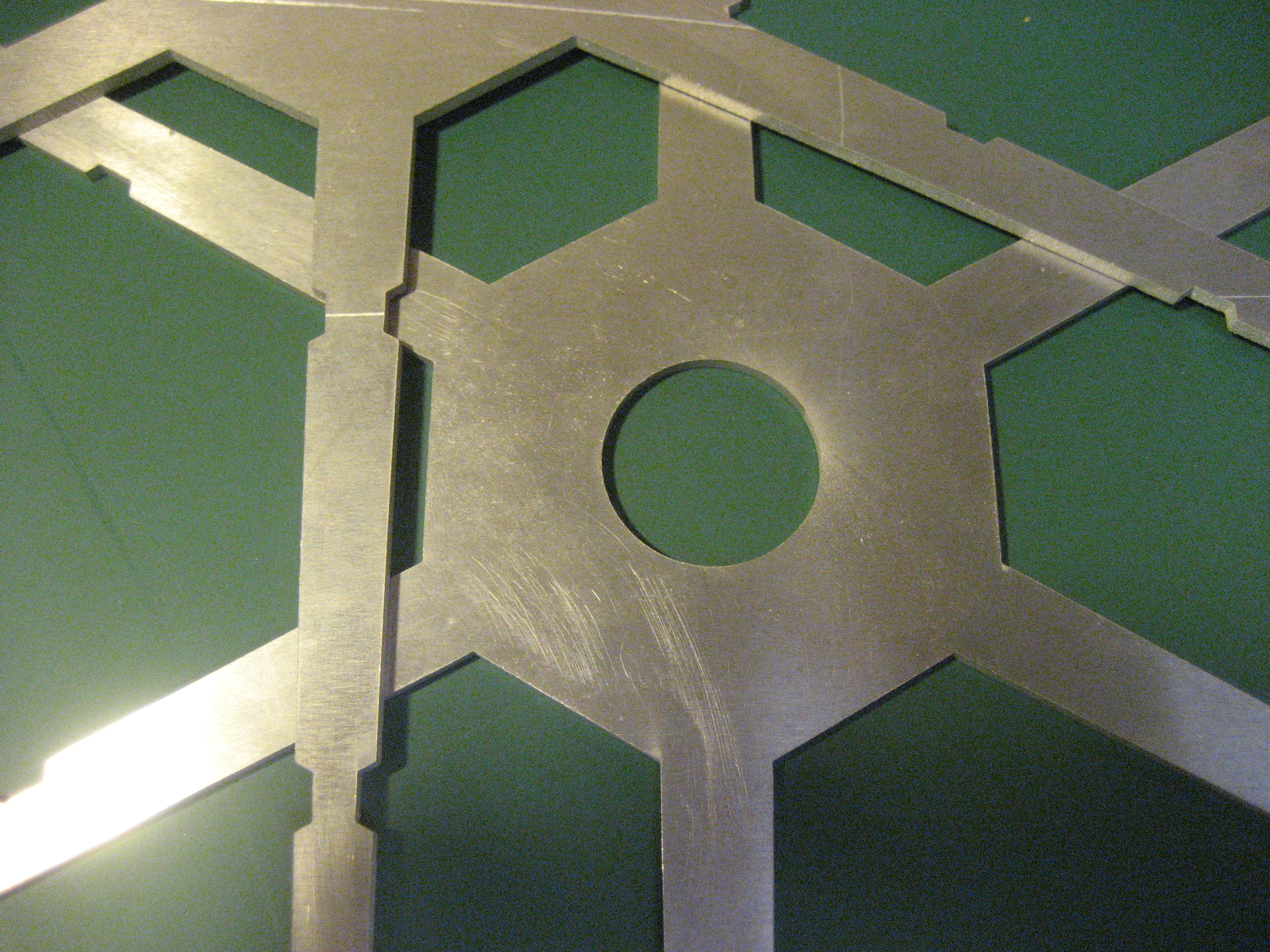 RPF PREMIUM MEMBER
FlyScriber,
I asked about the lasercuting because I am interested in a service that can laser-cut and scribe metal for an unrelated project.
I have to places in mind, but have not yet tried them. If you have had good service in the past with this place I might give them a try.
let me dig up those numbers for you.

RPF PREMIUM MEMBER
Interesting stuff, Why the notches along the edges? I am sure it is blatantly obvious, but I can be a bit thick sometimes

Wow, the wing work helps solidify my thoughts and measurements. Thanks!

Jason, any chance you could share detailed pics of the yellowed inner parts? I see some parts I hadn't seen before. Any help would be great!