I decided to grab a group of friends together to build ILM's 2.59m/8.5 foot avenger star destroyer from Empire Strikes Back. They made the 2.6m version because the 4 footer that was retrofitted from ANH didn't meet the scale for the closeups they needed.

I've gathered a few reference images from some ILM documentaries. Here's two of them 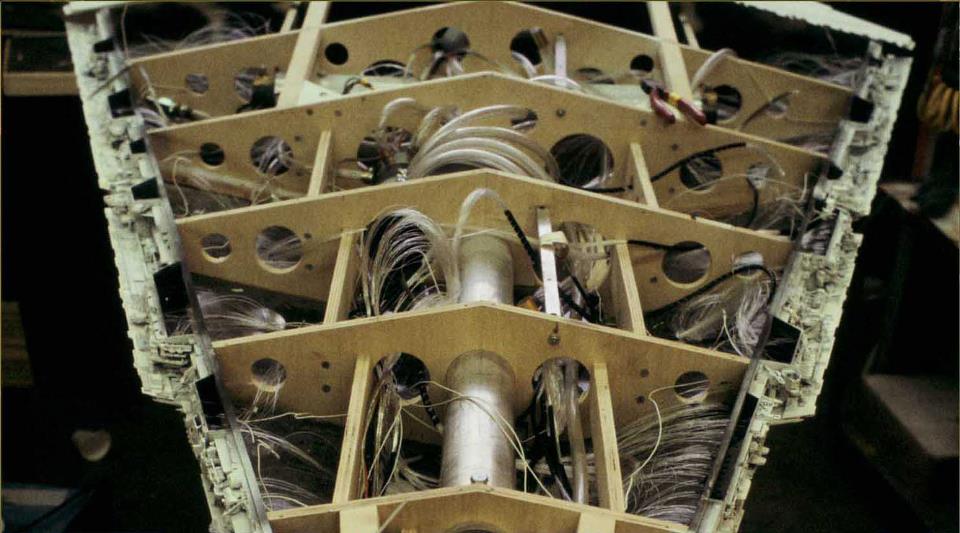 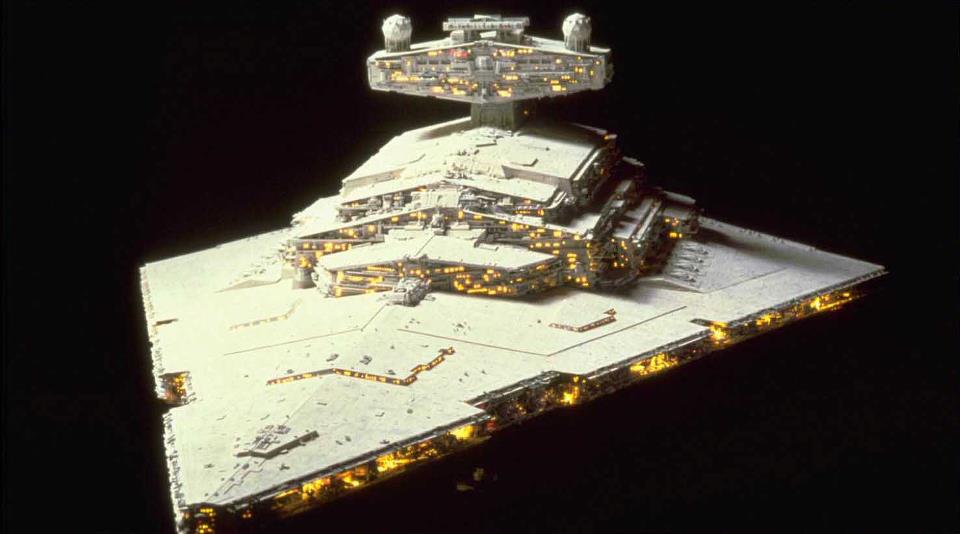 I reached out to GEEK1138 and bought his 1/300 Devastator files from him, including some measurements for constructing the wooden inner framing. His ISD isn't actually exactly 1/300, but rather 1/362. The length of a star destroyer is 1600m, and his is 4.41m, so some quick math gave me the exact scale he was at. I then divided his scale from my scale to find a scale factor of: 0.5873015873. So anytime I converted his measurements, i'd always use that scale factor.

I found a large chunk of MDF and 2x4s lying around at my college's student-run makerspace, so I began marking them up. After a couple of hours of work with my friends, this is what we've done so far: 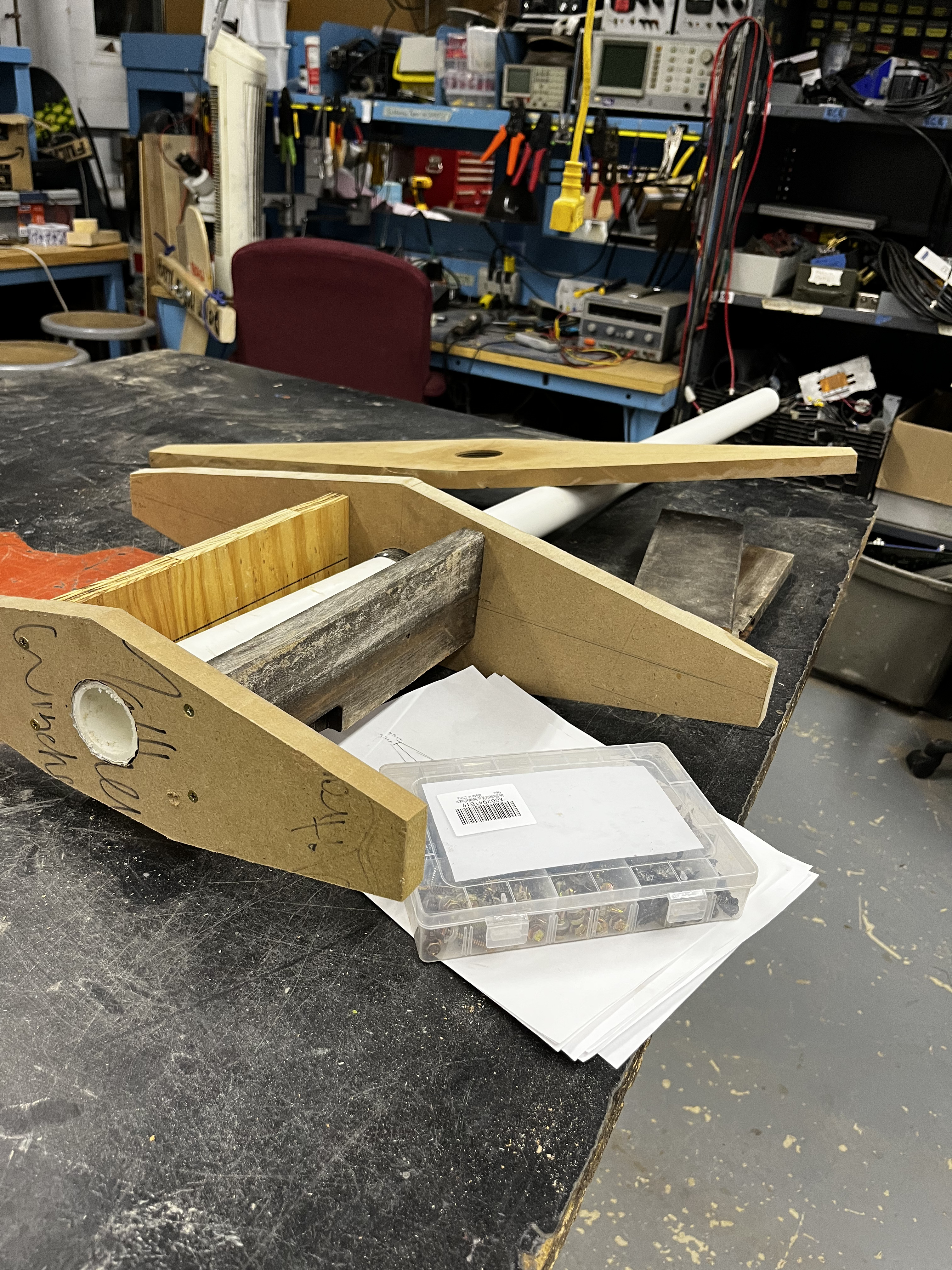 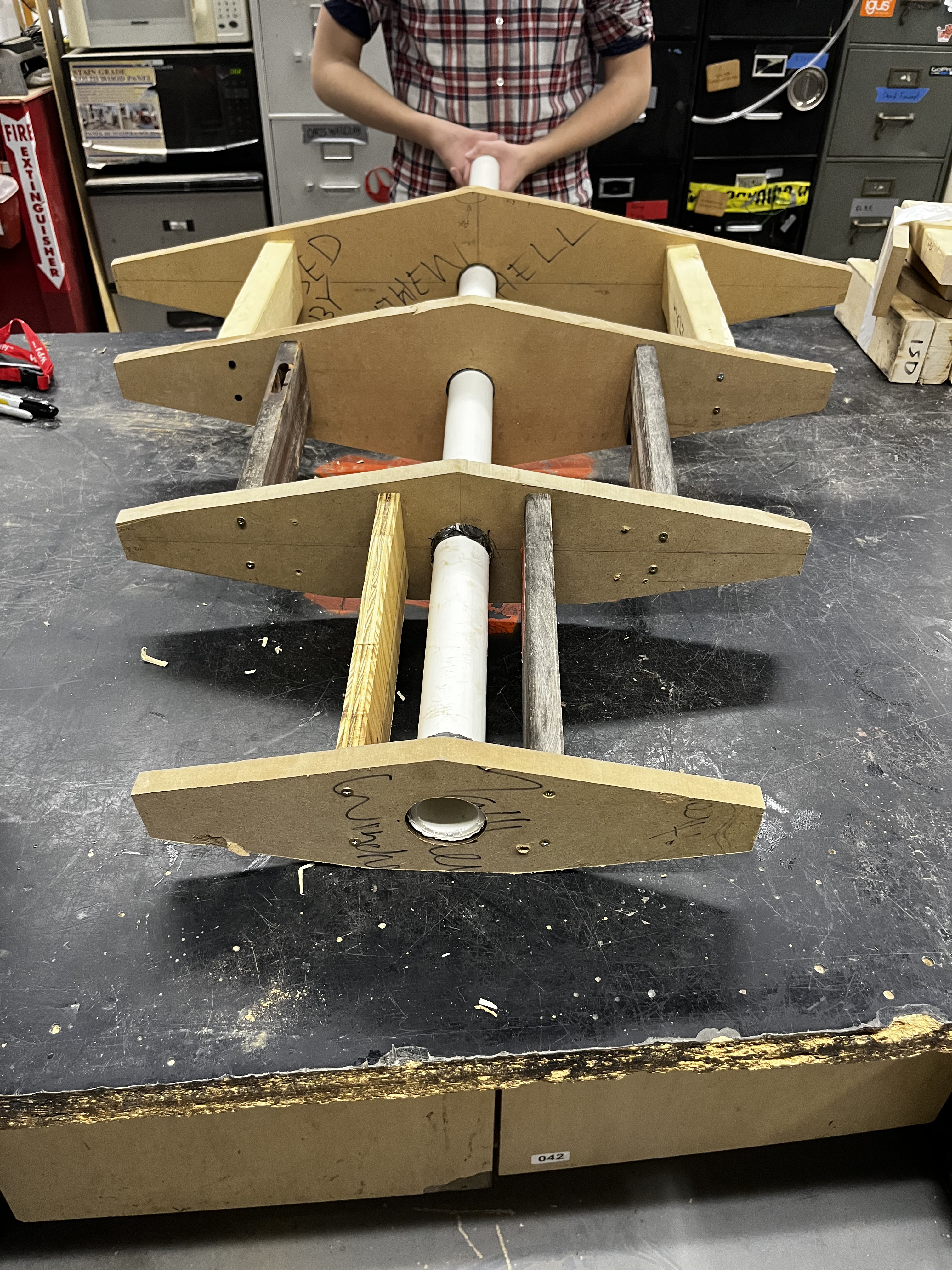 We need to grab another board of MDF to finish off the back two ribs. 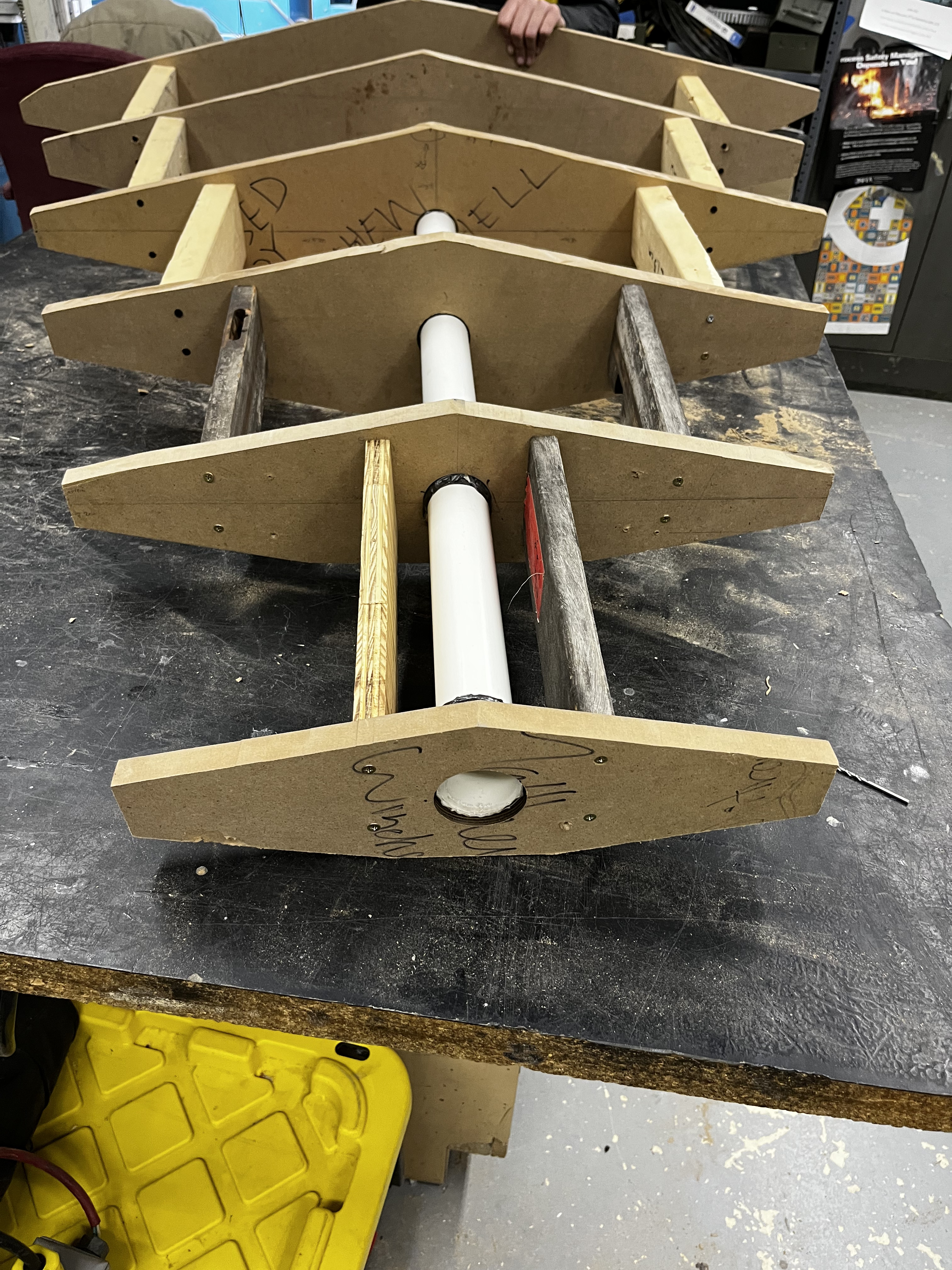 Yeh haha! I would have gone for thinner mdf, but this is what I found on hand so I wanted to stay consistent

I once built a 6 ft spaceship out of 2x4s and 2x6es and it got real heavy fast.

moonbus said:
I once built a 6 ft spaceship out of 2x4s and 2x6es and it got real heavy fast.
Click to expand...

Yeah...but it was solid

Nice big project to tackle.
Funny how a front view never looks like its over 8 feet long.

JediMichael said:
Nice big project to tackle.
Funny how a front view never looks like its over 8 feet long.
Click to expand...

The second photo is still missing the front two, small ribs, which add the remaining length. The actual skins that I am cutting up right now will definitely drive home the length for sure

Very interested to see how this comes along.
Looks like a fun build for sure. Great start!

Here's the model on a quick stand I whipped up: 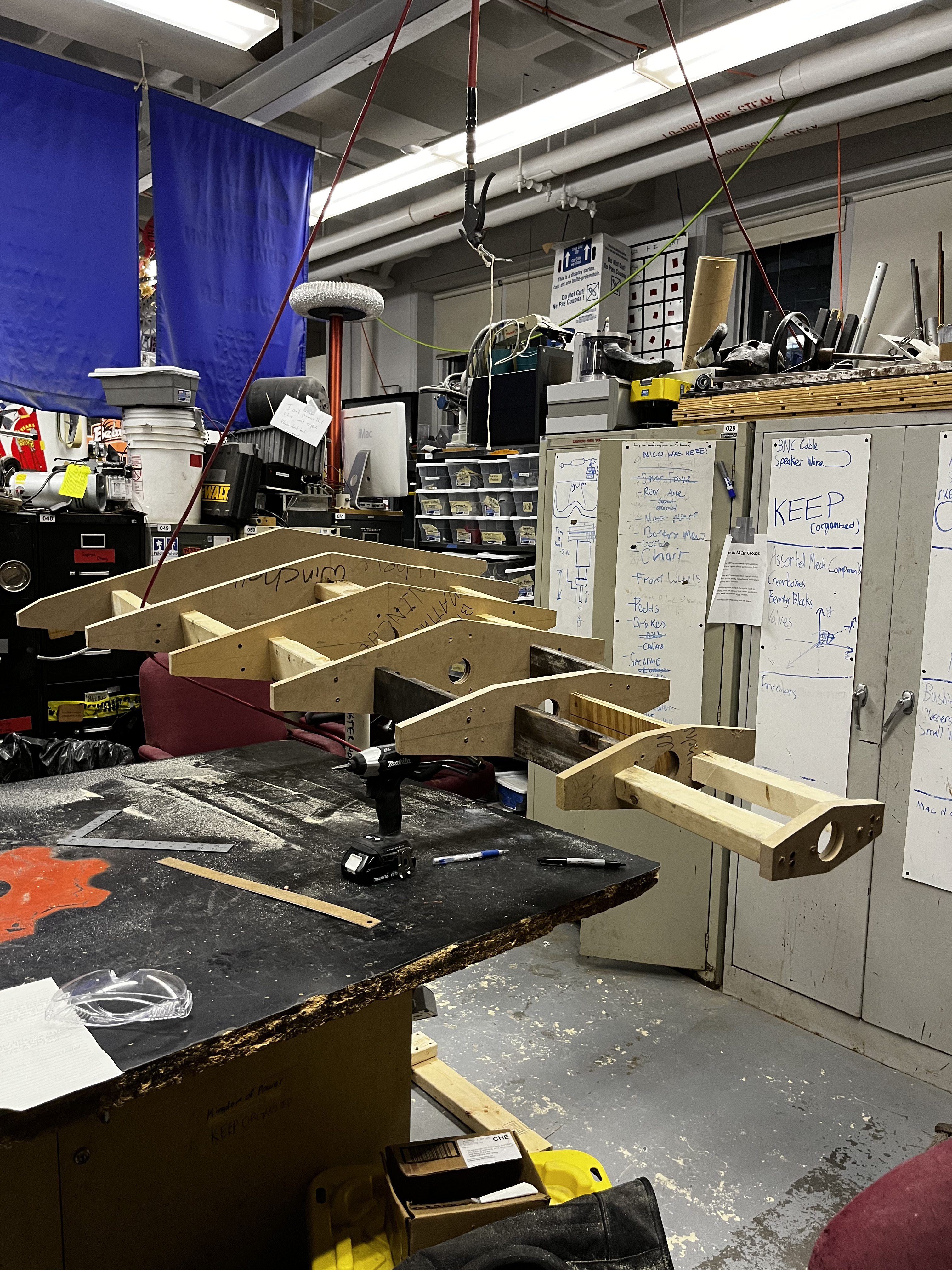 Here are some more images on the progress. Added each trench and screwed in one side of the bottom hull. Everything is turning out wonderfully: 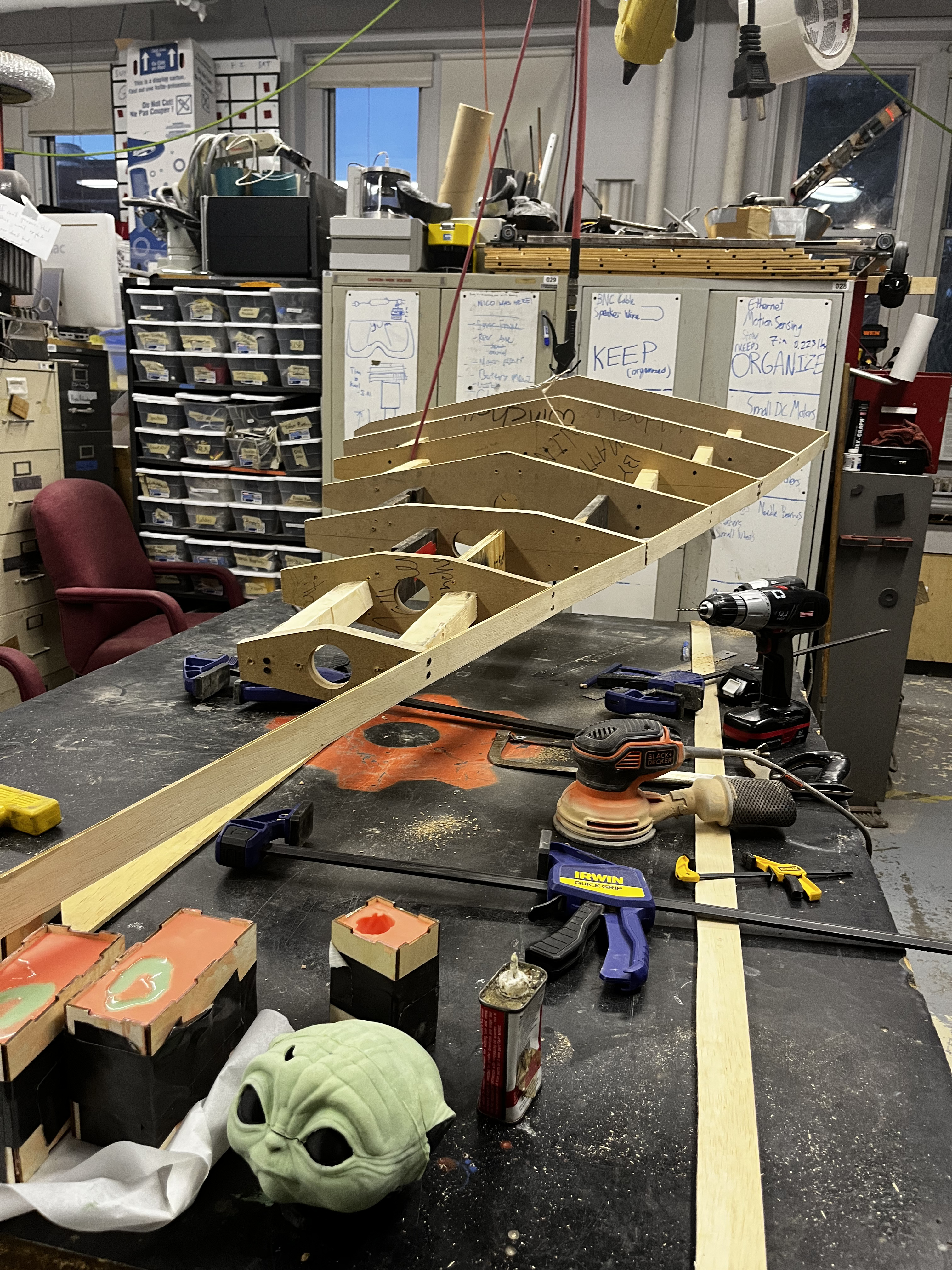 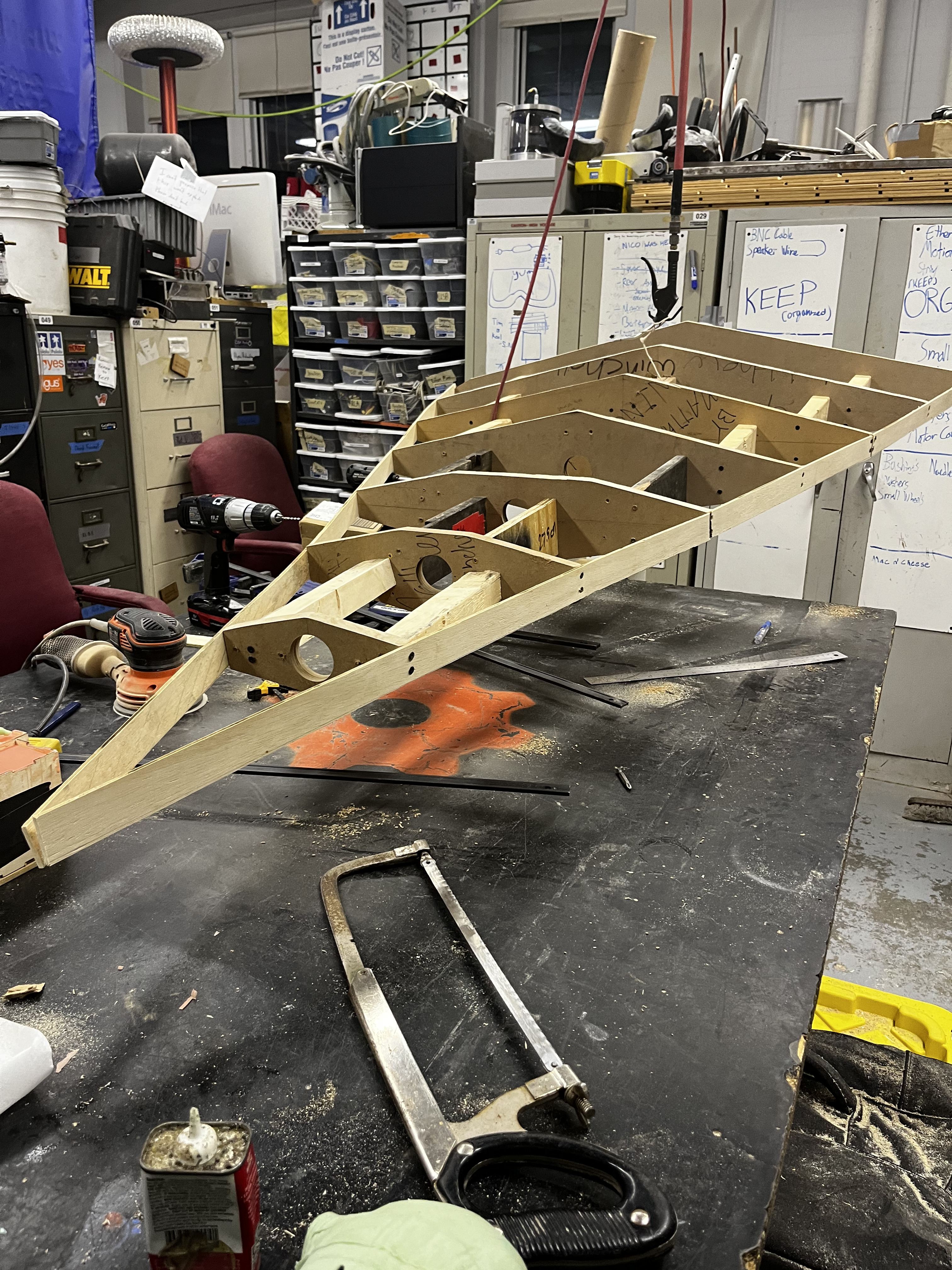 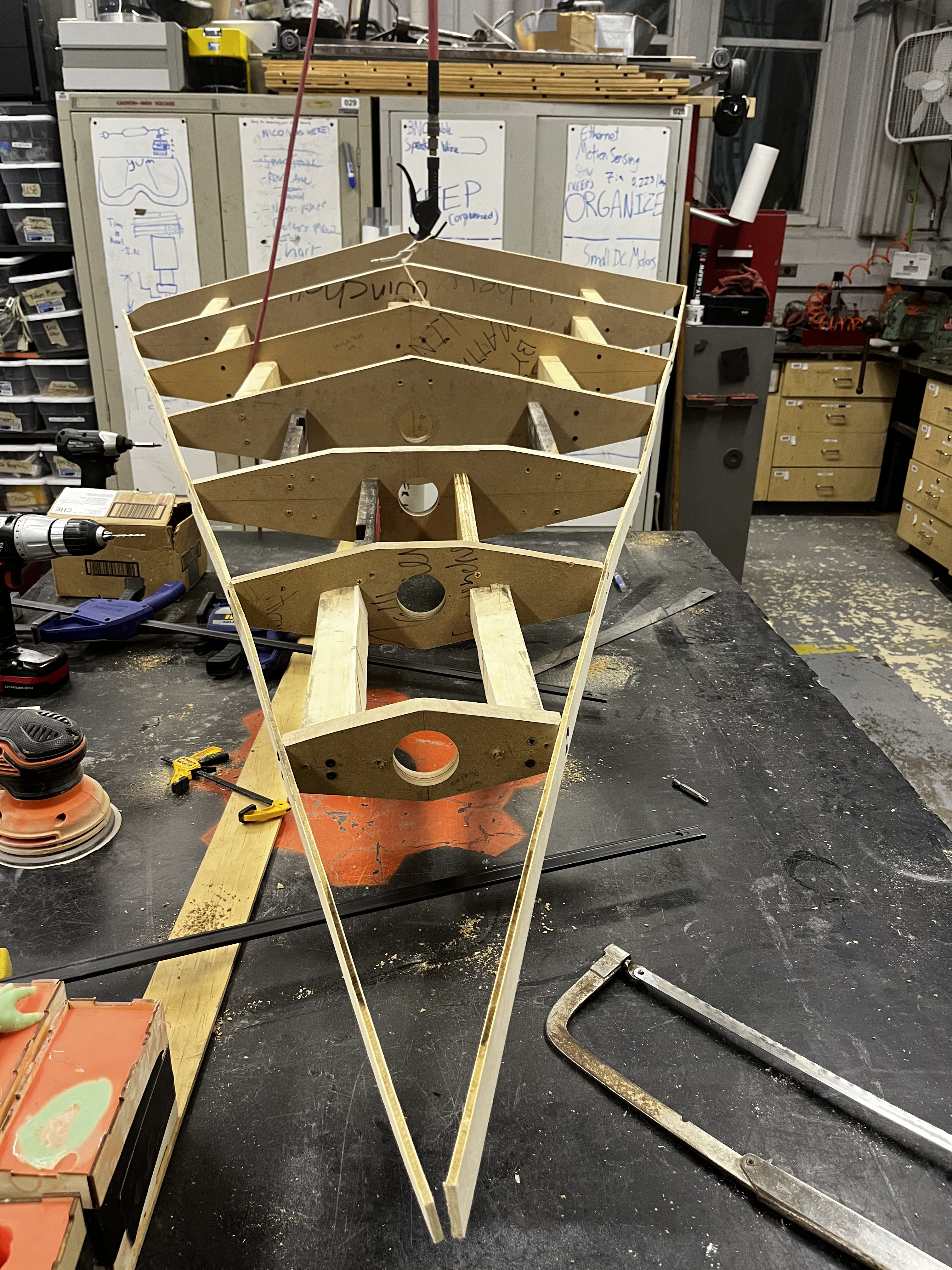 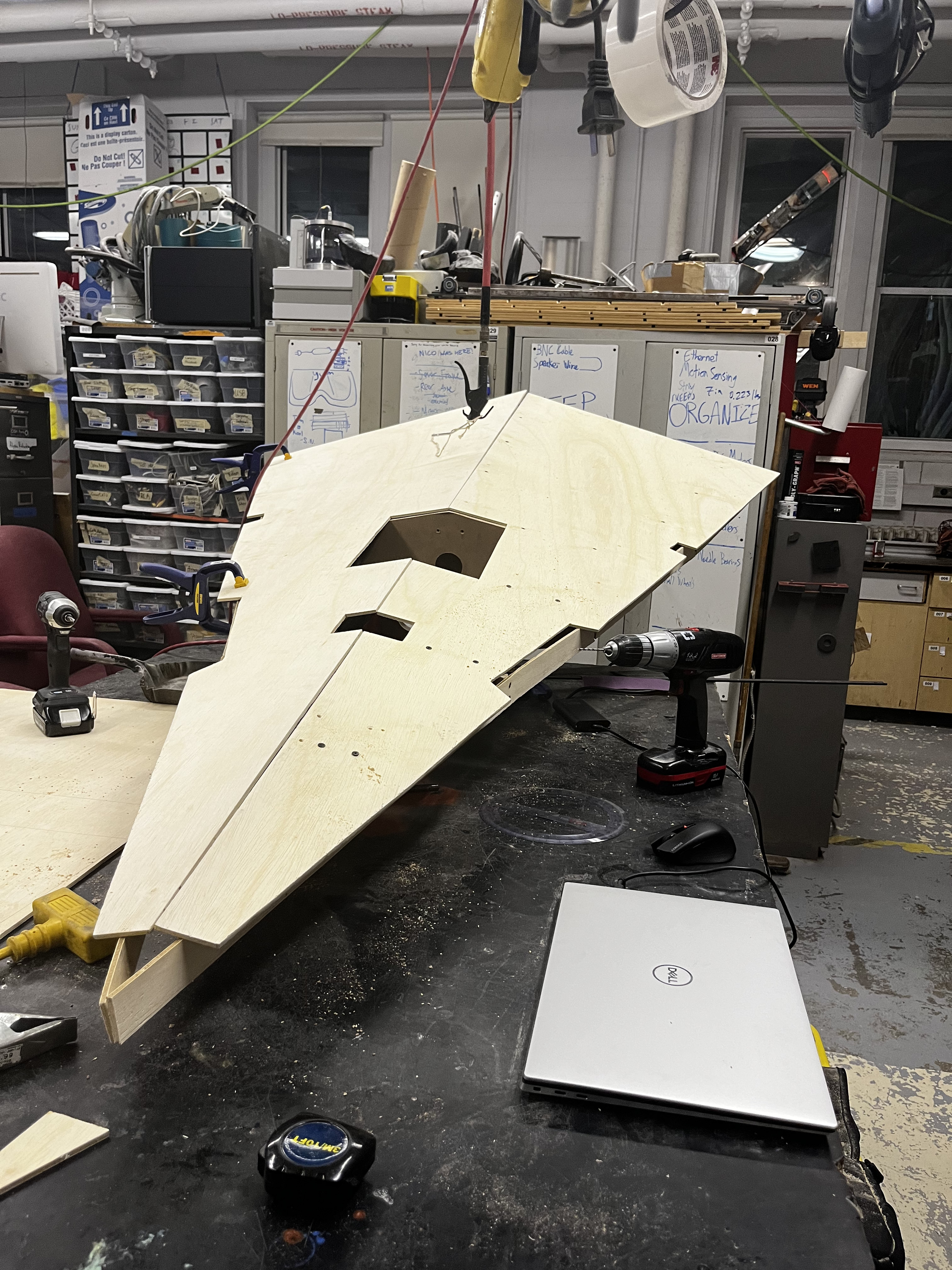 RPF PREMIUM MEMBER
Good progress! No mercy for Grogu there... sniffing Glue. (Or is it Yoda, wideangle makes scale hard to see.)

Dimitri-Ajith said:
Good progress! No mercy for Grogu there... sniffing Glue. (Or is it Yoda, wideangle makes scale hard to see.)
Click to expand...

It's grogu! It's another one of my projects. Making an animatronic grogu for my college thesis.

Finally had some time recently to get back into the swing of things. Printed out the hangar bay, chute and round piece (whatever that's called). Also began adding some sub-paneling against the hull: 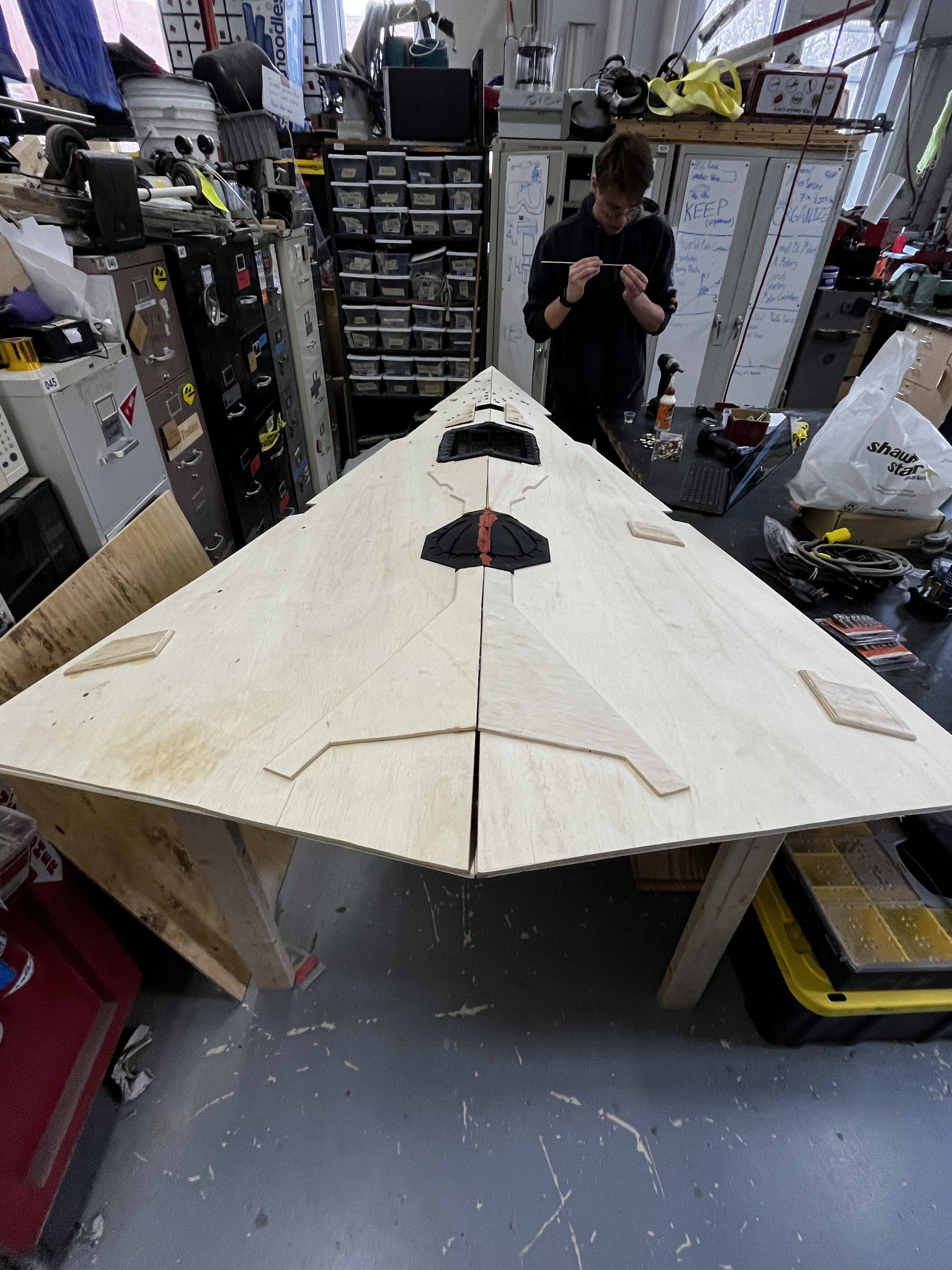 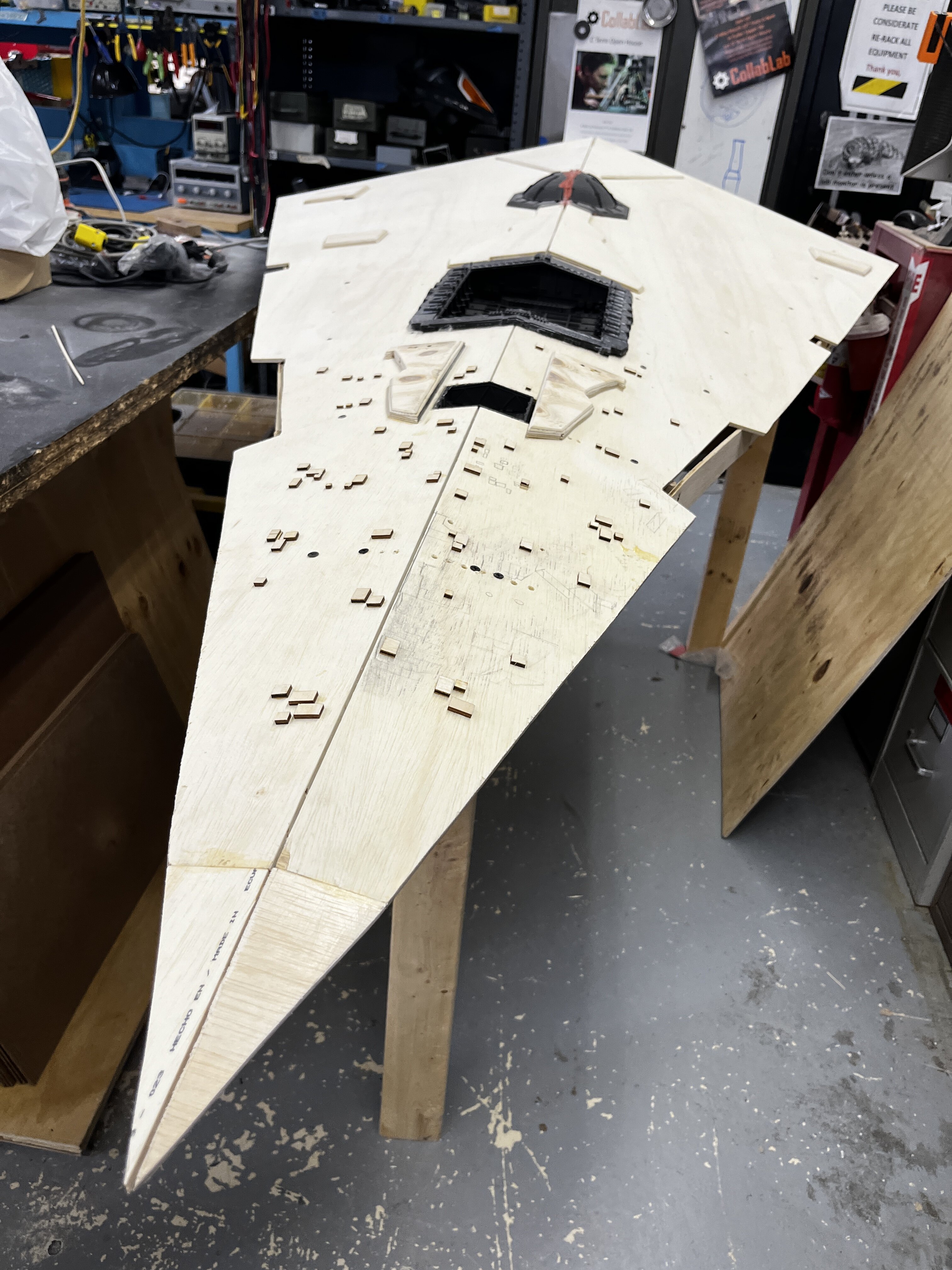 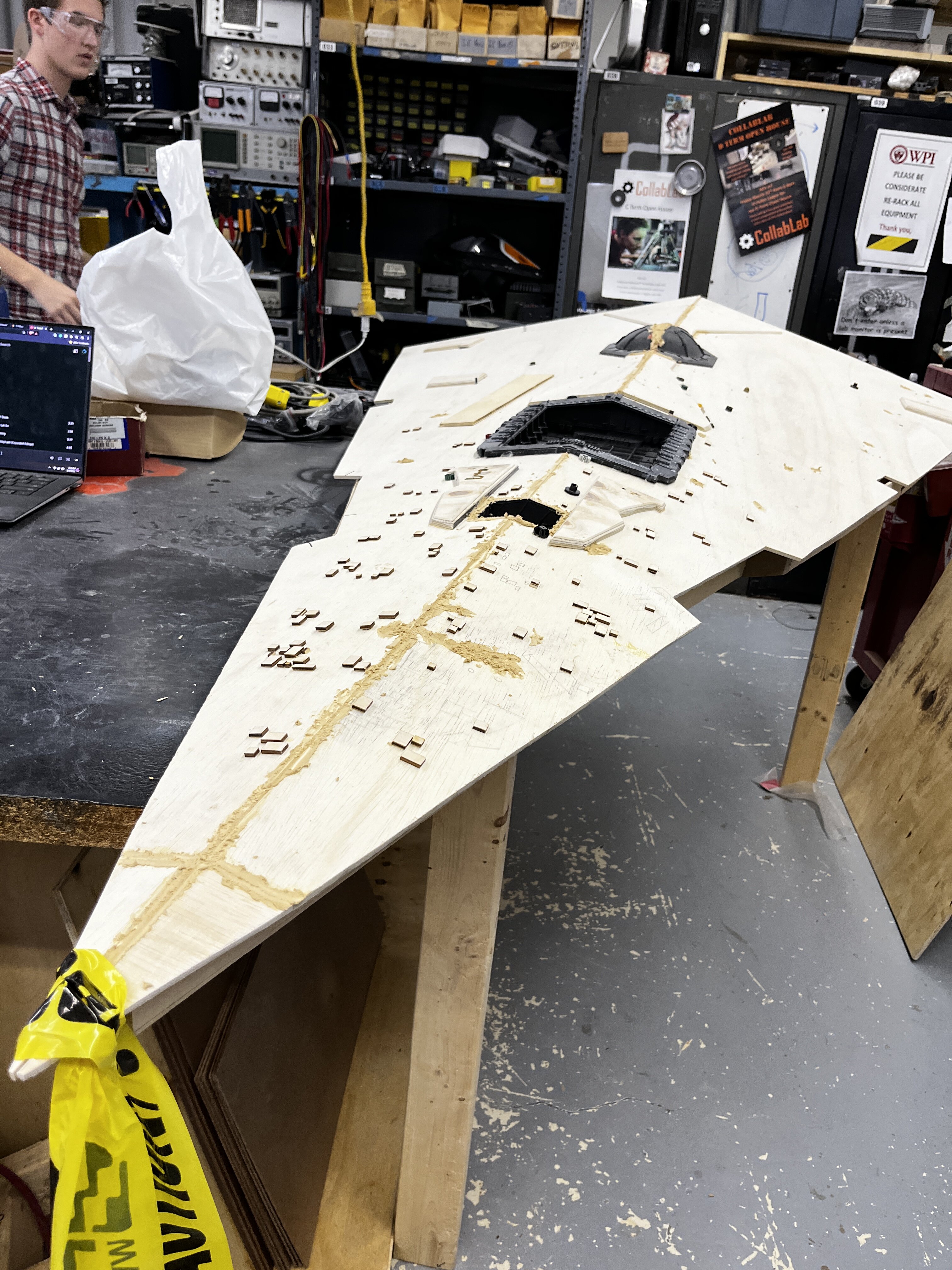 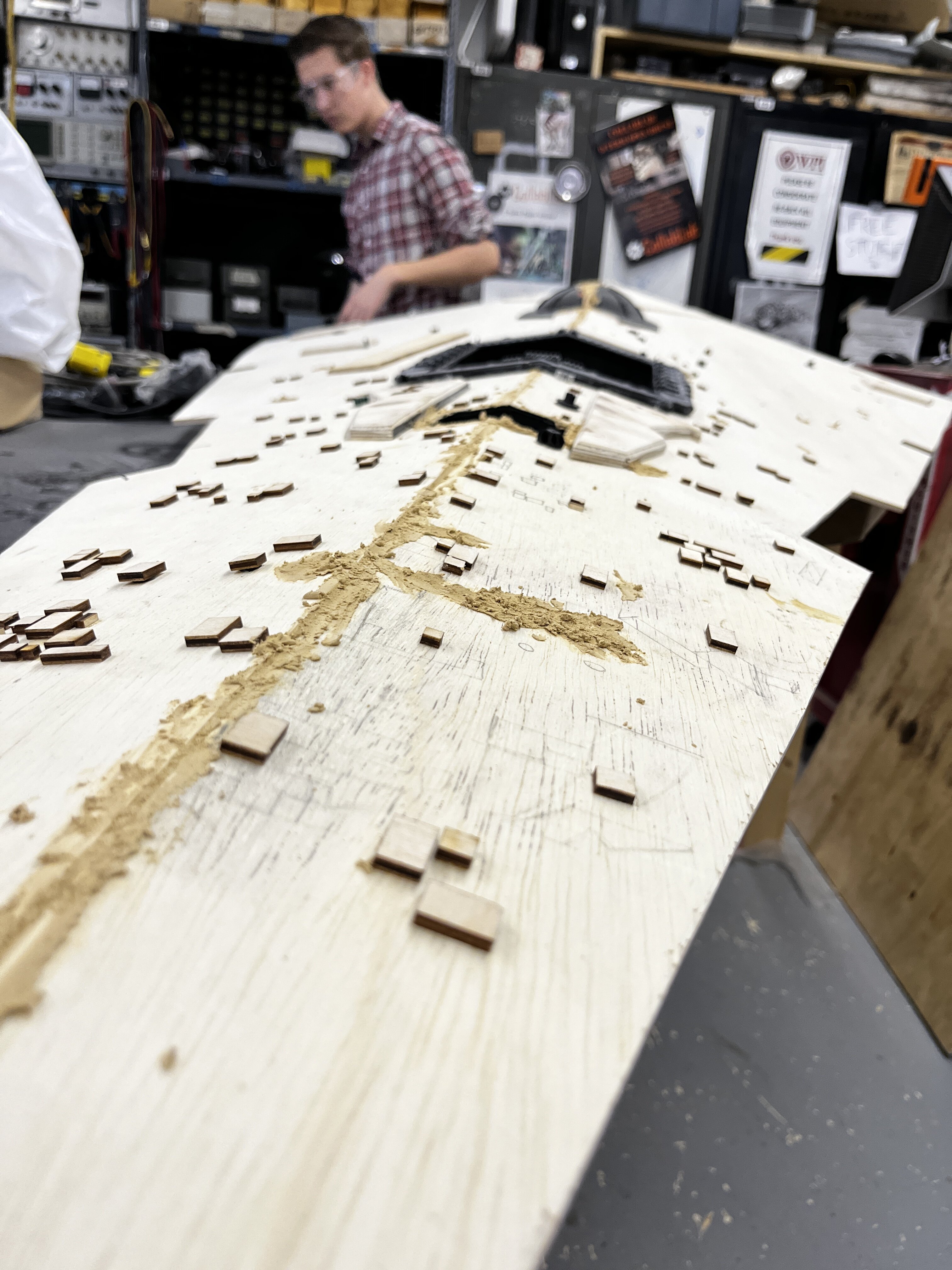 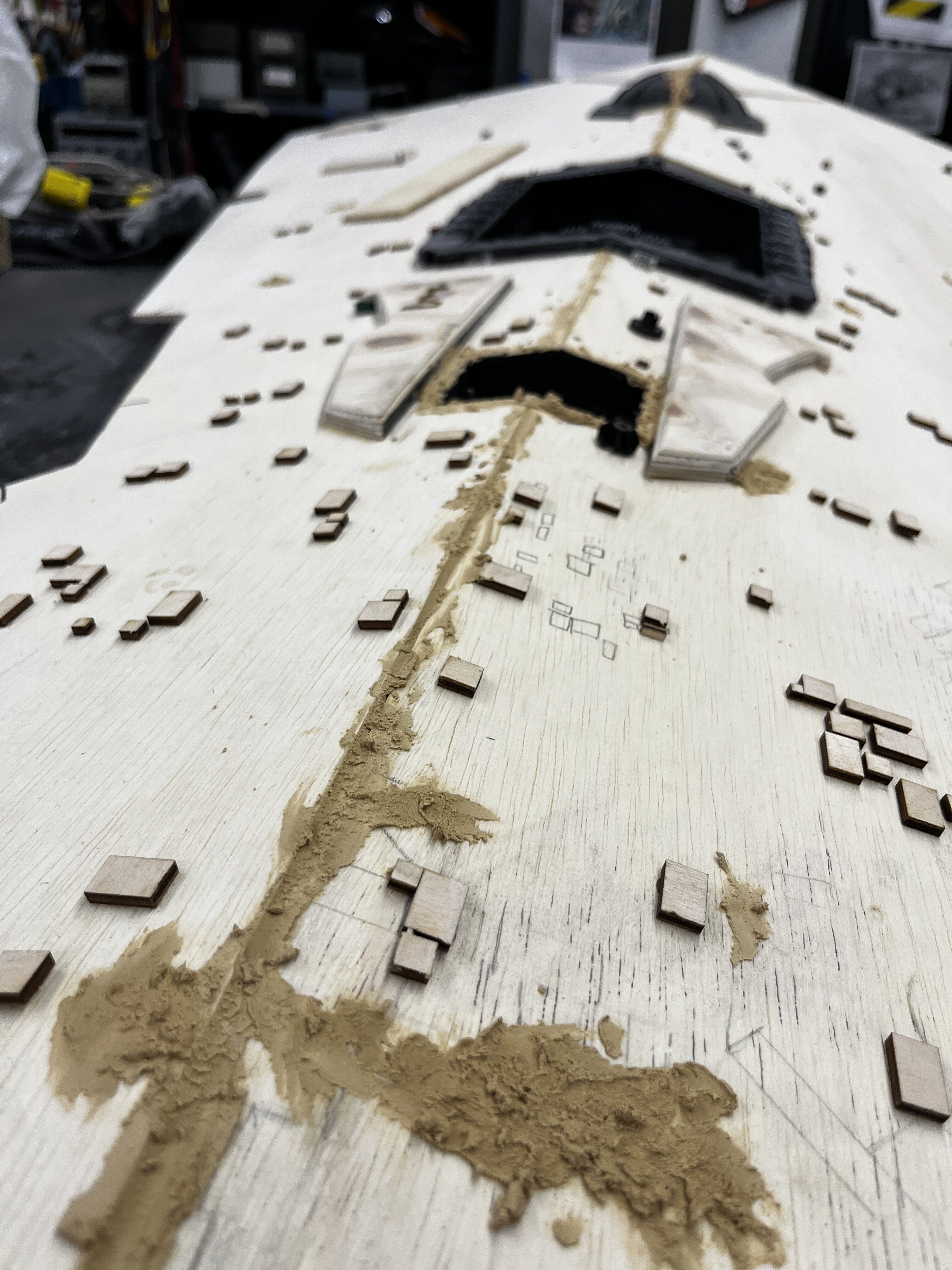 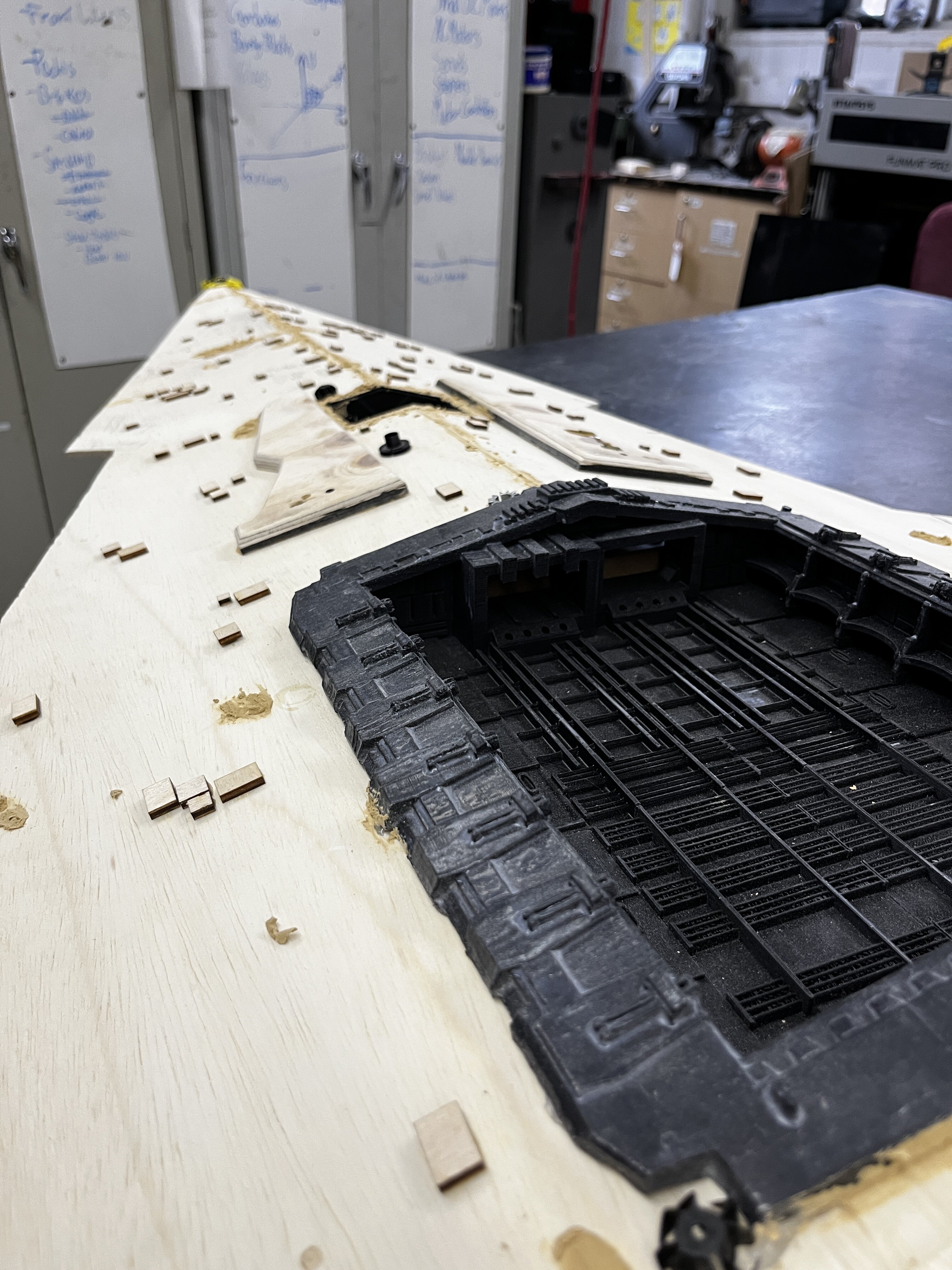 Despite some opinions to the contrary...SIZE IS EVERYTHING!

Great build, even the images and surroundings have that ILM feel...

Thank you for sharing.

Added a bit more paneling in the back area in addition to some "wiring" in the front and hangar bay area. Would anyone like to take a guess for what I used (It's not difficult to figure out haha): 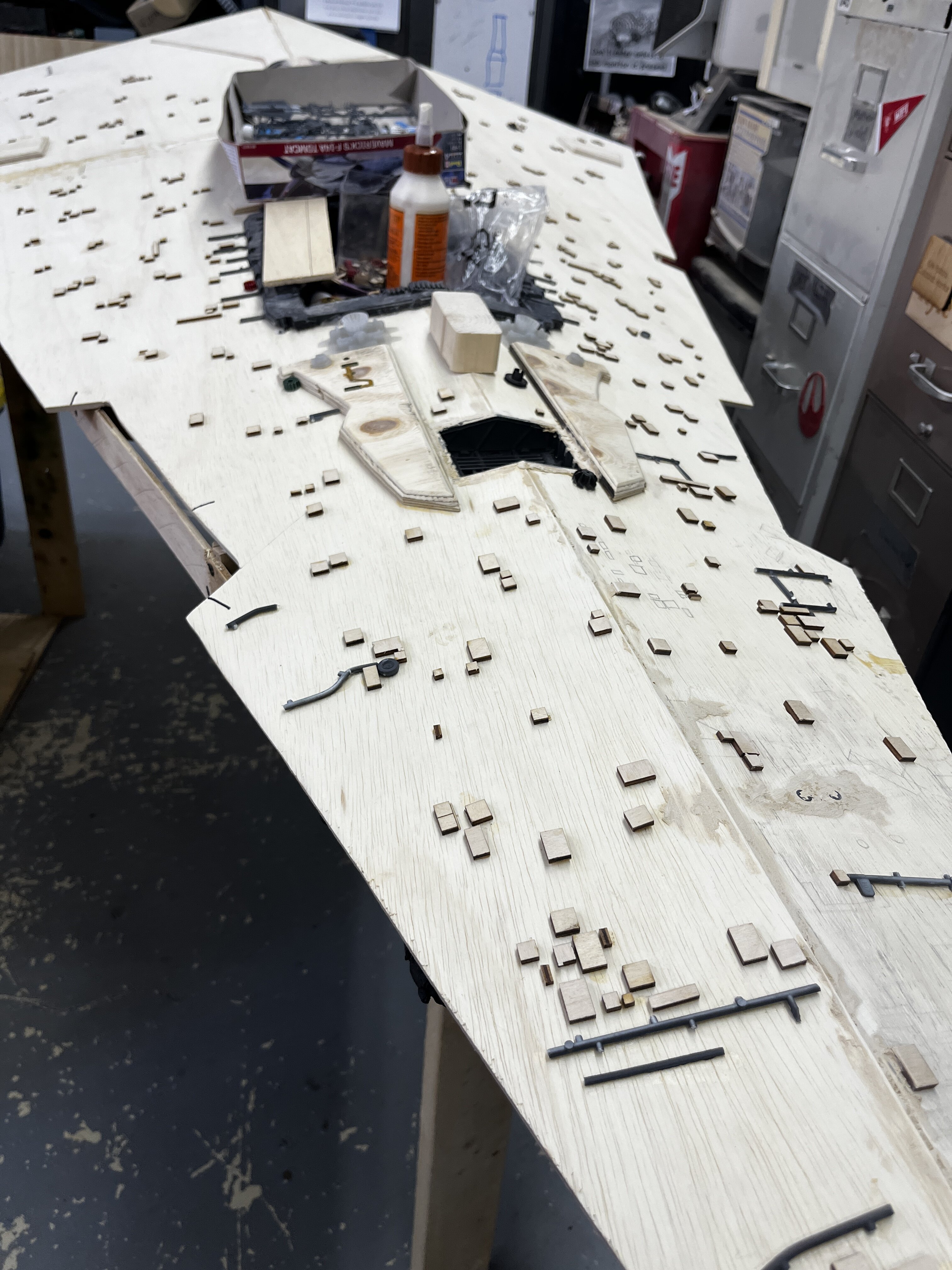 I'm also about to start adding some of this "blushing" on the backside with some 1/8 plywood that will be lasercut with design I arbitrarily sketched up in solidworks: 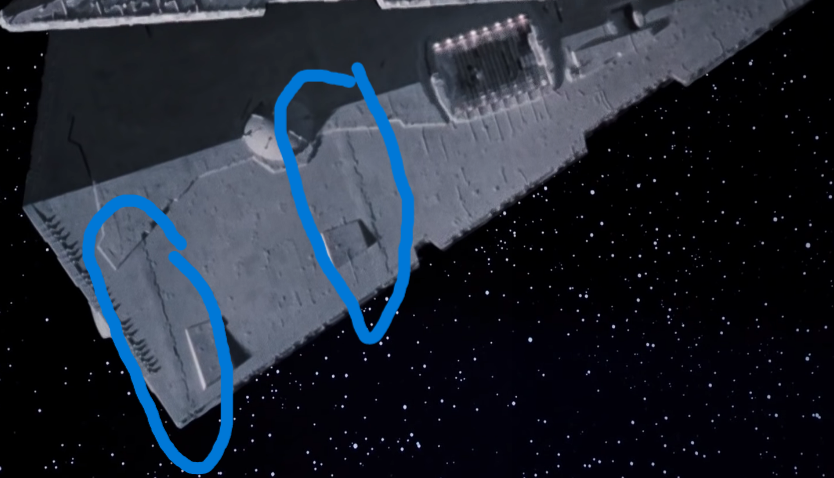 Yesterday at 8:05 AM
joberg

Yesterday at 8:03 AM
joberg