I had a thread here once about this helmet I made but can't seem to find it? It hadn't been updated it in a while so my own fault if it got deleted. Oh well...

So, a year or so ago I made my own Snow Clone helmet. I loved the look of it shortly after seeing it in the "Trespass" episode, and loved it even more after watching "Landing at Point Rain" when we saw the same armor and helmet being used for the Flame Troopers.

Some pics of the WIP:

The helmet went through dozens of changes throughout the build so a mould needed to be made so I could get a lighter, wearable resin cast helmet.

Originally this was going to get done when I was a part of TZA but since Talon and I parted company, I had to get it done myself. 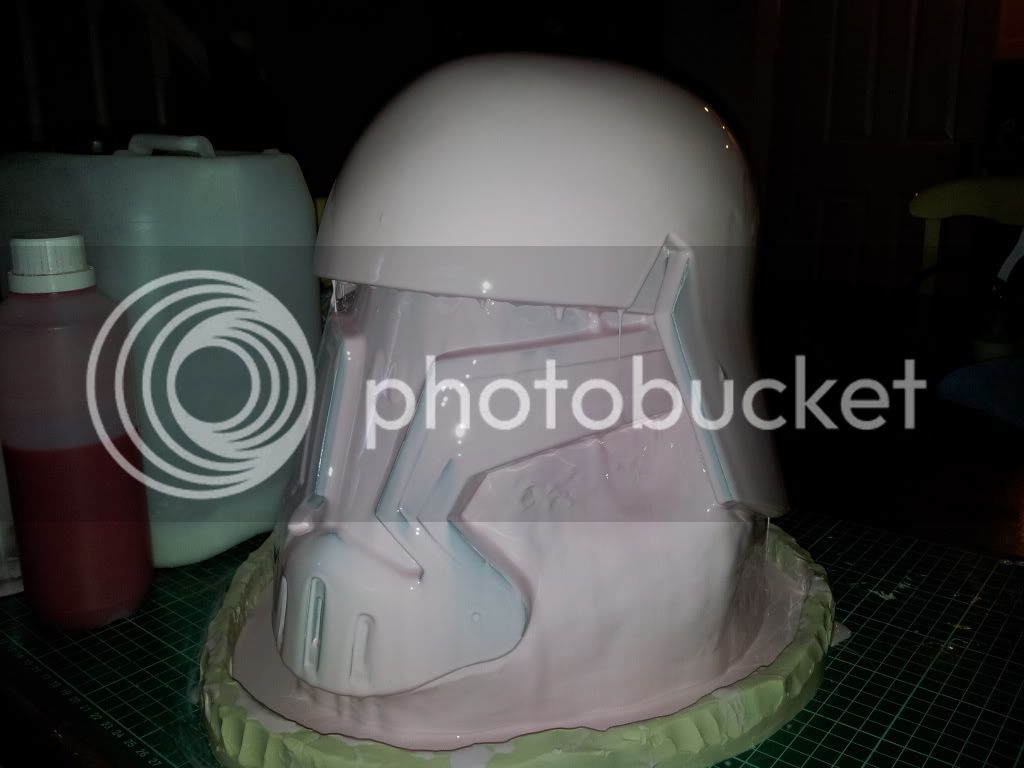 Those blocks you see in that second photo of the mould aren't keys, but they're guides for me to help ensure a good even thickness of the silicone all around the helmet.

I applied the final layer of silicone lastnight and am starting the fibreglass jacket/mother mould today and hope to get my first casting by tomorrow night. Fingers crossed!

Love to see the animated side come to life!!

Thanks, hope to have a resin cast in hand by the end of the weekend. Can't wait to see it.
B

Looks good. What did you use as a form for the dome? If it was a snowboard helmet I remember that thread.

I remember that build too. Though it wasn't mine I'm afraid. I used a self made Pepakura file to get basic form.

Running a little late on casting one of these. I ran out of resin yesterday so I need to hang on until the new order arrives tomorrow. But the mould is finished so I'm looking forward to doing a test cast tomorrow.

I resurrected this project mostly so I could cast some and paint them in the various schemes we've seen so far in the show. But I wondered, is there an interest in these helmets to anyone out there?

There was interest back when I first started the initial build but that was a long time ago. Just wondering if I'd need to stock up on resin at all?

Cast the first one earlier today.

RPF PREMIUM MEMBER
Do you still make casts of these?
R