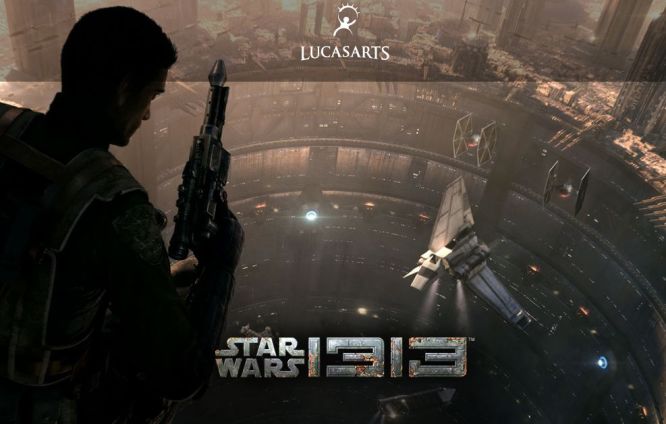 With the release of the Mandalorian I decided to have yet another go at my doomed blaster project (artwork depicted above). This is the fourth iteration of the same blaster...

My main breakthrough was when I realized that the blaster is based on a MAT 49 (a french Vietnam era SMG ). It answered a bunch of questions and gave me a fighting chance with scale. Suddenly it was possible to make a blaster that is somewhat screen accurate. Most of the blaster is darn close to the blaster in-game at this point. But this aside, there are a few major problems with the available reference: The small blaster icon (equipped weapon) doesn't match the in-game blaster. The artwork-blaster doesn't match the in-game blaster either and as a cherry on top; the part under the barrel is pretty much non-visible and it's almost impossible to get a good view of the left hand side of the blaster. The thing that bugs me the most and that holds me back is the part under the barrel... if I could work something out that I'm pleased with, I would go with that and move on to the build-phase. I've pretty much given up on making an accurate part at this point haha.

These major problems aside, here is the CAD of the Mk IV 1313 Hero Blaster (the grips will have knurling in the final product): 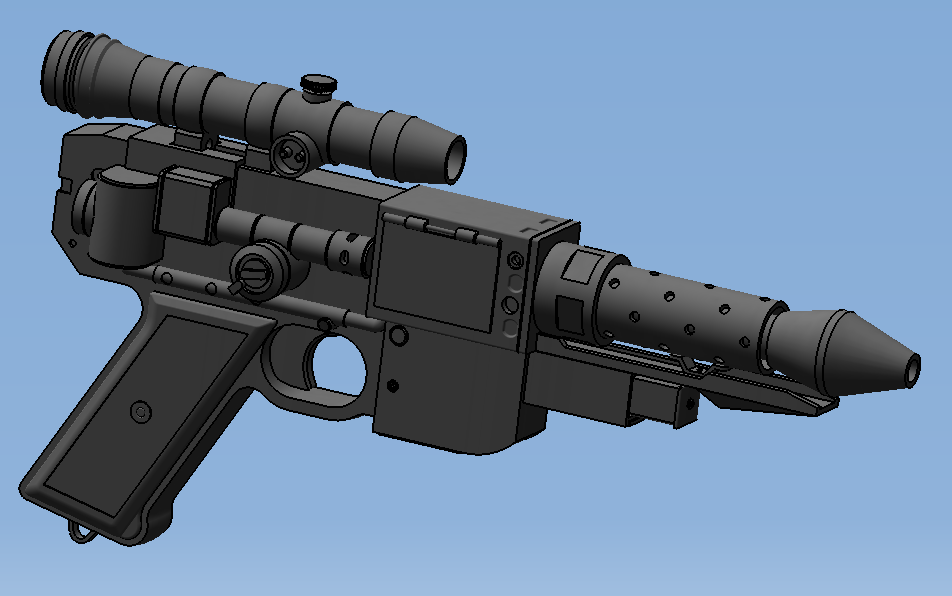 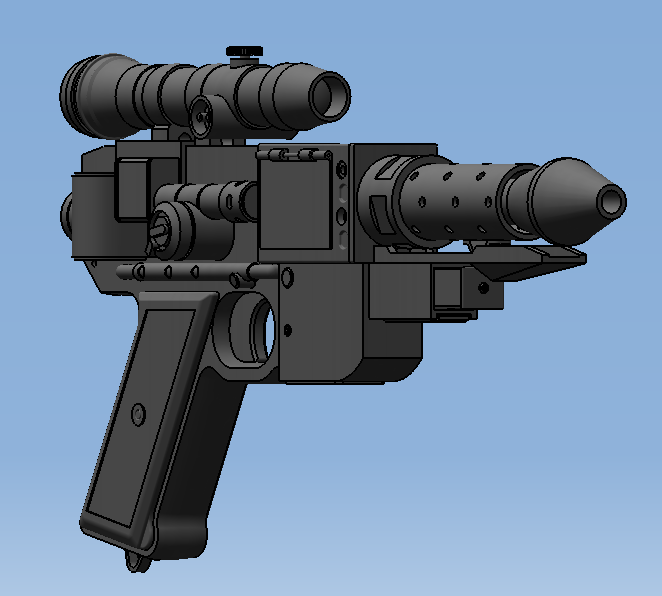 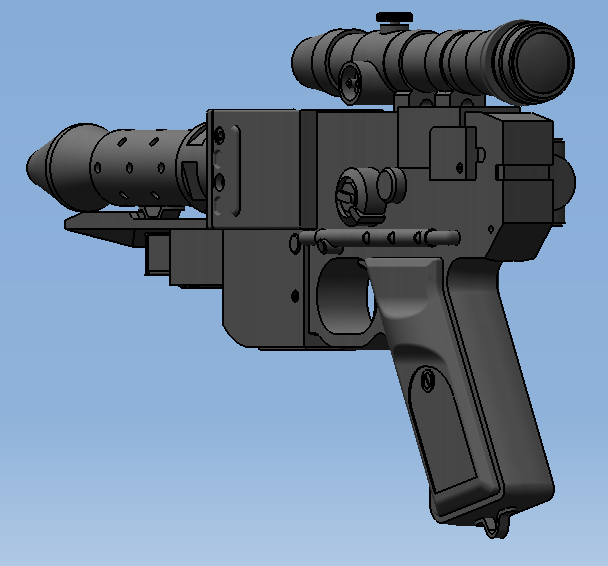 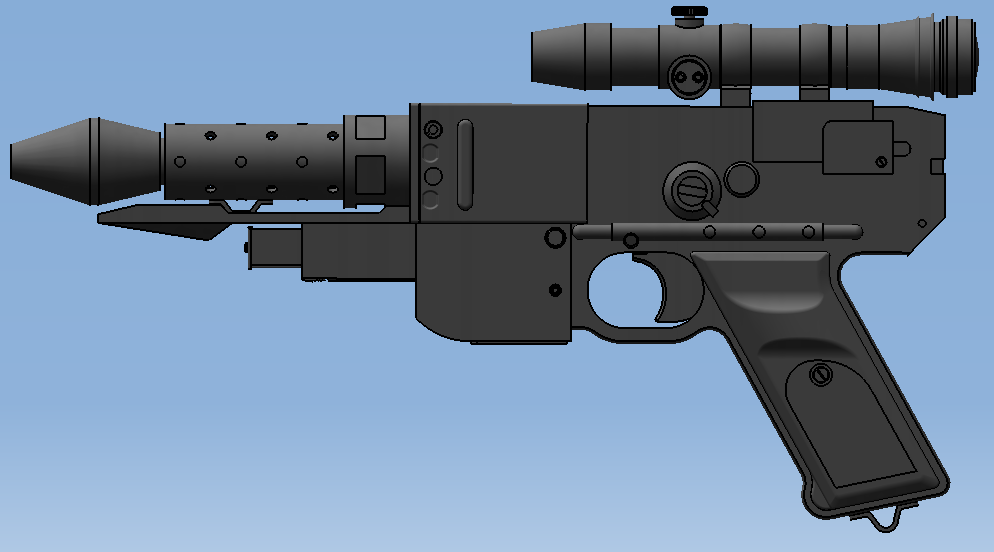 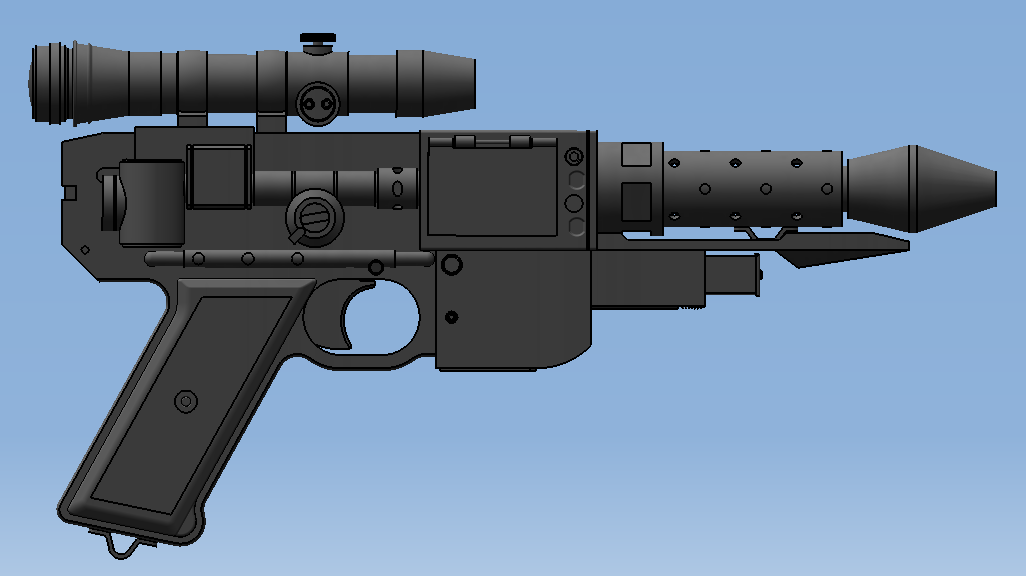 If any one of you have some reference material or information which could solve the problems I'm having, I would be forever grateful. I'm going nuts over looking at still-frames at this point.

(as usual I will share the files with the community)

RPF PREMIUM MEMBER
Wow! Incredible job with the modeling. I’m quite impressed you were able to find the original gun as well. Best of luck with this project!