I bought this iPhone 4 new several years ago, or more. Yep, I fell for the iPhone craze, but after a few months it proved me crazy for buying it, and I gave up using it after less than two years. I've only bought Android phones since then.

Anyway, it's been sitting in a box ever since. I used it as an iPod alternative briefly, it couldn't handle that task very well, so back into storage it went. I decided to make a Star Trek TOS themed clock face for it using HTML, JavaScript and CSS, it's been running a few days and seems to be handling the task well enough to not put it back in storage.

So, in what TOS themed prop should I house this delinquent iPhone? I'm considering a desktop monitor using one of those mobile phone screen enlargers, or as part of a clipboard 'screen' (like shown in Instagram post), but perhaps there are other possibilities 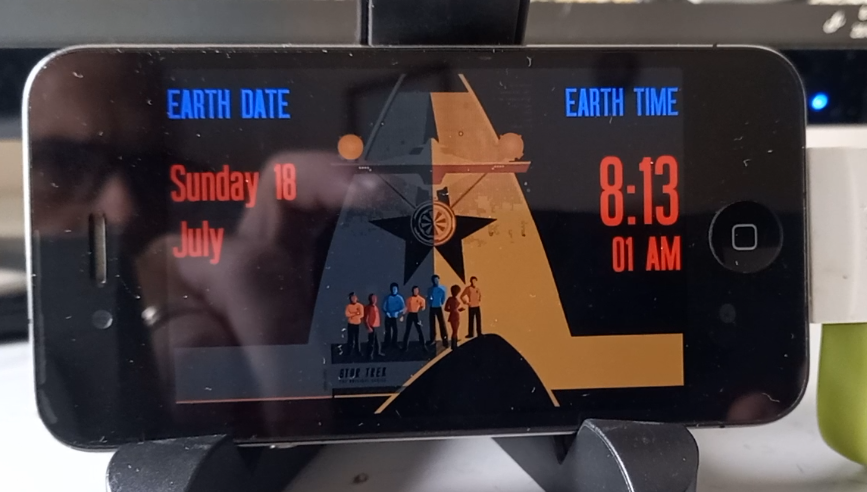