This is a kit I've been sitting on for years, and now it's almost finished. Here's where it stands as of tonight: 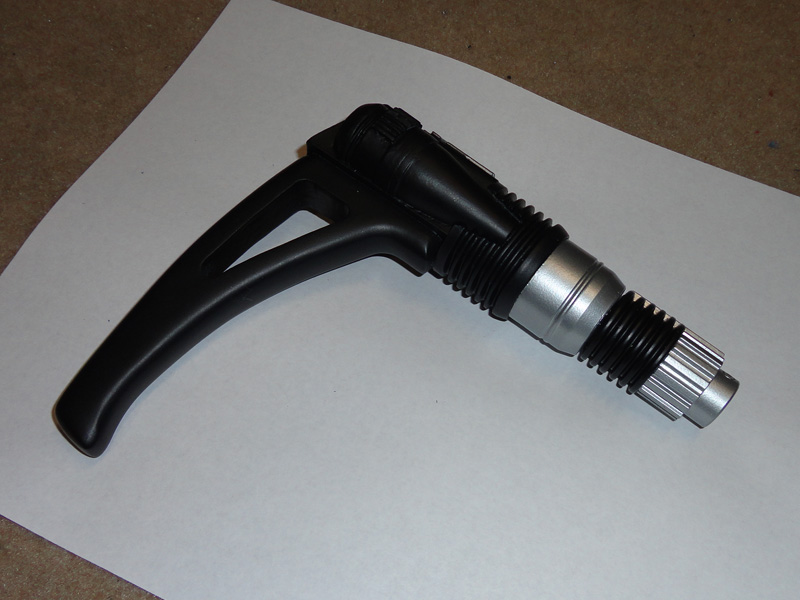 I personally think this is one of the most interesting weapons to come out of any Trek series post TOS. Don't get me wrong, I don't think it's the best looking, or even the best designed. It's just the most brutal. For those of you who have not seen the episode "The Most Toys," where this phaser made it's debut, the background story is that this particular phaser has been outlawed, as it kills in the most insidious way. It dissolves you from the inside out, so you're conscious for the entire event. I think they stated that there were only five of them in existence.

The Most Toys is one of the first truly great episodes of TNG, in my opinion, and perhaps that is another reason this phaser holds such an interesting place for me.

The other thing I like about this piece is that the Varon T is often mis-identified. In many cases, an odd looking phaser is often dubbed a Varon-T by fans. While this phaser made a few appearances throughout the trek shows, what you saw a lot MORE of were variants of this phaser. The base components that were used to build it were cobbled together in a number of different ways, to forum a multitude of phaser designs. But this one is the first. The original.

Here's a recent blog post that shows some work I did on the phaser tonight. Prior to this, it had been mostly painstaking reconstruction of some of the ribs on the emitter. The original casting had a bunch of air bubbles that needed to be fixed.

There are a few more tiny details to be completed on this piece before it's done ,but you get the general idea.

Thanks for the trivia, I'd completely forgotten about this.

Very nice, I always liked the fact the emitter was just a small spur gear:thumbsup

RPF PREMIUM MEMBER
Nice build and one of my favorites since TOS as well.

That's also one of my early favorite TNG Episodes, too. I can't help but say "Bubble-Gum" the same way he does now.

Thanks guys! Great to see some fellow fans of that episode.

Another piece of trivia, the actor originally cast to play the role of Fajo was David Rappaport.
C

Lovely stuff - 'toys is one of my favourites too.
remember its not just lethal - its VICIOUS.

RPF PREMIUM MEMBER
Nice build, Matt! The Varon-T was always one of my favorite TNG props.

You going with the pristine look? Or going to weather it?

I'm going to leave it pristine. Which is ultimately my undoing I swear, if I could just get comfortable having weathered props in my collection, I could save myself a lot of time and heartache. But in general,unless the thing was weathered in the show (and I don't mean beated up due to actor mishandling) I prefer to have them pristine.

For example, I just got a really nice Kazon phaser that is VERY dirtied up. But it's supposed to be.

Looks like I'm going to have to wait until I get back from DC to finish the Varon-T. Too much going on right now.

One of my favorite episodes. I would have loved to seen some of the Rappaport footage if it still existed.


MattMunson said:
Thanks guys! Great to see some fellow fans of that episode.

Another piece of trivia, the actor originally cast to play the role of Fajo was David Rappaport.
Click to expand...

Deric said:
One of my favorite episodes. I would have loved to seen some of the Rappaport footage if it still existed.
Click to expand...

They filmed some scenes, and there exist publicity/BTS photos from the shoot. I've never seen any, but they are out there.

RPF PREMIUM MEMBER
Awesomeeeeeeeeeeeeee!!!!! One of my favorites too!!!

RPF PREMIUM MEMBER
After the TNG Romulan disruptor, the Varon T is my favorite TNG prop. I need to add both of those to my collection.

Yes, The Romulan Disruptor is a neat weapon. I have one of those already in my collection. In fact, I think it was one of the first TNG prop kits I build by myself.

I found some energy tonight, and I"m going to try to finish the Varon-T before heading out to DC.

All done. Added the mylar, and finished a few little paint details. 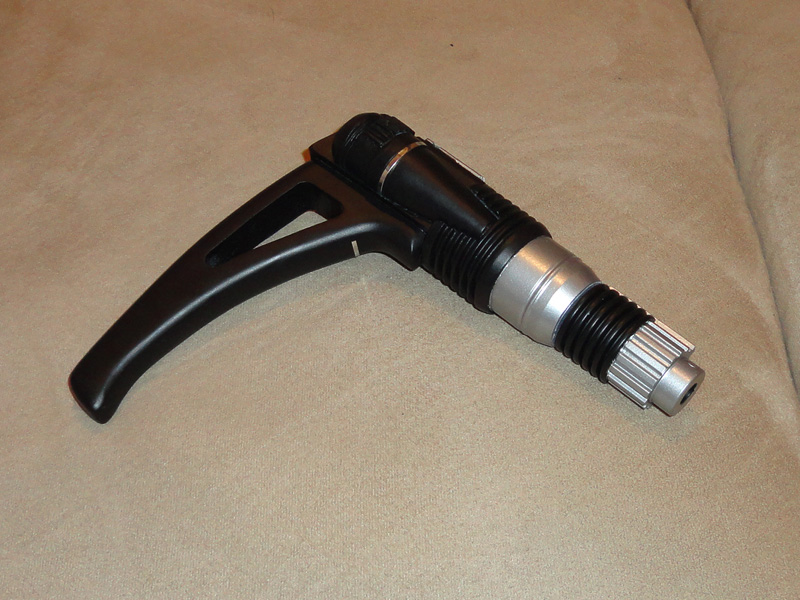 There's a few more photos on my blog if you'd like to check it out.

The Project Workbench: Varon-T Is Finished.

RPF PREMIUM MEMBER
Great build! The design really intrigued me when I first saw it. And I can understand why someone would collect a rare disruptor.

But I'm just sick of every outlaw, scumbag of the dead end space station has one of the five Varon T disruptor. (If you're reusing something so unique, at least give it a new paintjob!)

RPF PREMIUM MEMBER
What a tragedy that turned out to be.

MattMunson said:
Another piece of trivia, the actor originally cast to play the role of Fajo was David Rappaport.
Click to expand...

RPF PREMIUM MEMBER
Great job, Matt. I just rewatched this episode. I know what a nightmare it can be to clean up poorly cast Trek props as there seems to be a crap ton of them out there. But you did an excellent job.

Nice!!! I always loved that episode. I would have loved to see David, it was a shame he felt he had to kill himself, but I think Saul Rubinek did a FANTASTIC job with the role. Loved the nebulous way they left the episode with whether Data really did try to kill the collector or not.

B
Electronics for the EMG/Matrix Aliens Pulse rifle.