Just ran across this:


I can't seem to get the Galileo script to show by manipulating contrast or brightness, not sure it is there or not but would be interesting to see how it may have been applied on the right side (if at all).

RPF PREMIUM MEMBER
Is it me or does the deflector dish spike look extra long?

Maybe it's just speck on the image that is just right there on the end making it look long.

And yeah, lucky kid. I was too little to at that time but man I would have lost it if I could control the Enterprise.

RPF PREMIUM MEMBER
Looks like there's something there. It's arguable.

Can you scan it at a higher resolution?

I think it is there, but in the wrong position. It seems to be at the end of the red band and not above it, as on the port side. The "smudge" is of similar shade and shape as the Galileo marking on the front

RPF PREMIUM MEMBER
That picture came to light about 3 weeks ago on Facebook, and so help me I never realized it is the ONLY image we have of the right side of Galileo!!

You can't really make out the script but there's a darkness just in front of the red banner, which I enhanced. This proves the Galileo logo is tilted up at 45 degrees, just like on the port side.

As opposed to the 3/4 scale mockup on the set, the miniature has the NCC 1701 and banner moved UP to the center of the side of the hull, and the Galileo logo is tilted (not horizontal like on the mockup) and moved down to directly in front of the banner.

RPF PREMIUM MEMBER
And actually this is NOT the only image we have of the right side of the shuttlecraft miniature (tho it is the only such shot of Galileo).

Before Galileo Seven aired, the shuttle miniature appeared in "The Menagerie, Part I." In this footage, there are NO markings on the starboard side, except for what might be "73" on the hull. In this story the miniature was supposed to represent the shuttle from Starbase 11.

I'm just very glad this picture is now in the public domain, and not kept in the hands of a few prvate individuals like so many others, so that they may tout their "access" as a boutique item to be displayed.

phase pistol said:
Before Galileo Seven aired, the shuttle miniature appeared in "The Menagerie, Part I." In this footage, there are NO markings on the starboard side, except for what might be "73" on the hull. In this story the miniature was supposed to represent the shuttle from Starbase 11.
Click to expand...

Good eye; having watched my copy of "The Roddenberry Vault", with its very clear behind the scenes footage of this FX shot, I am now aware that the number was "173" on the starboard side of the shuttle in "The Menagerie".

This footage was one of the most surprising parts of the Vault footage; amazing!! 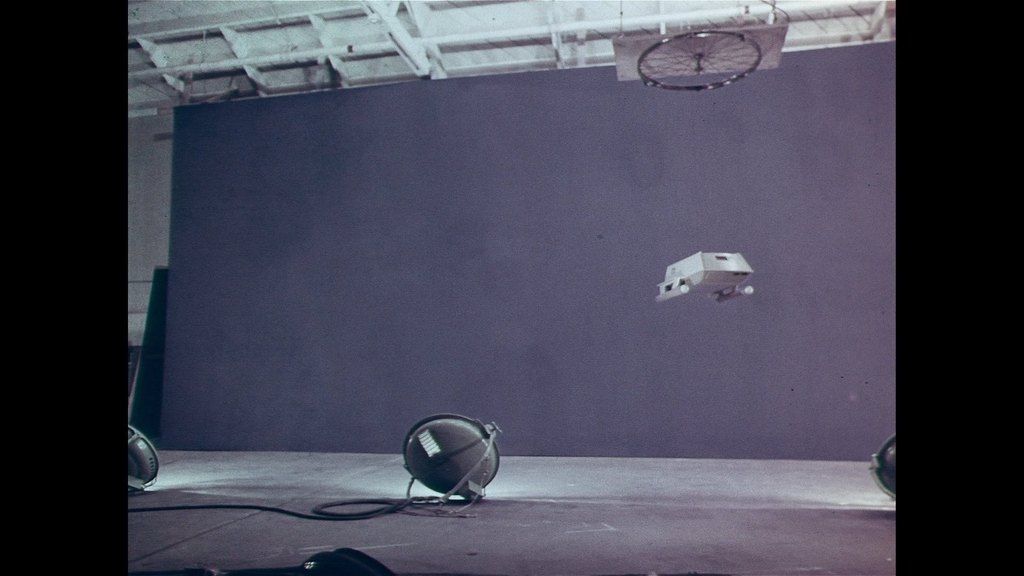 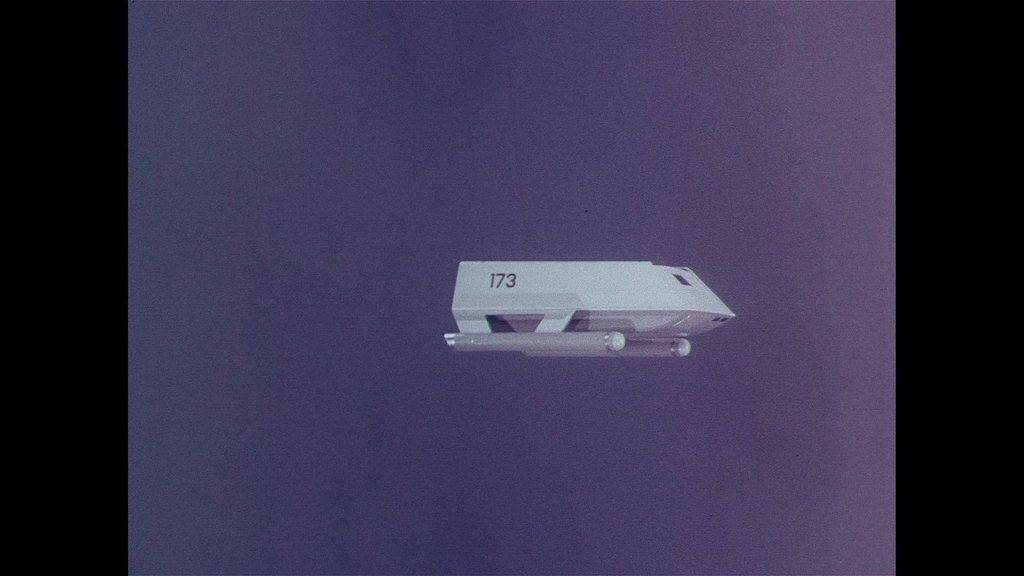 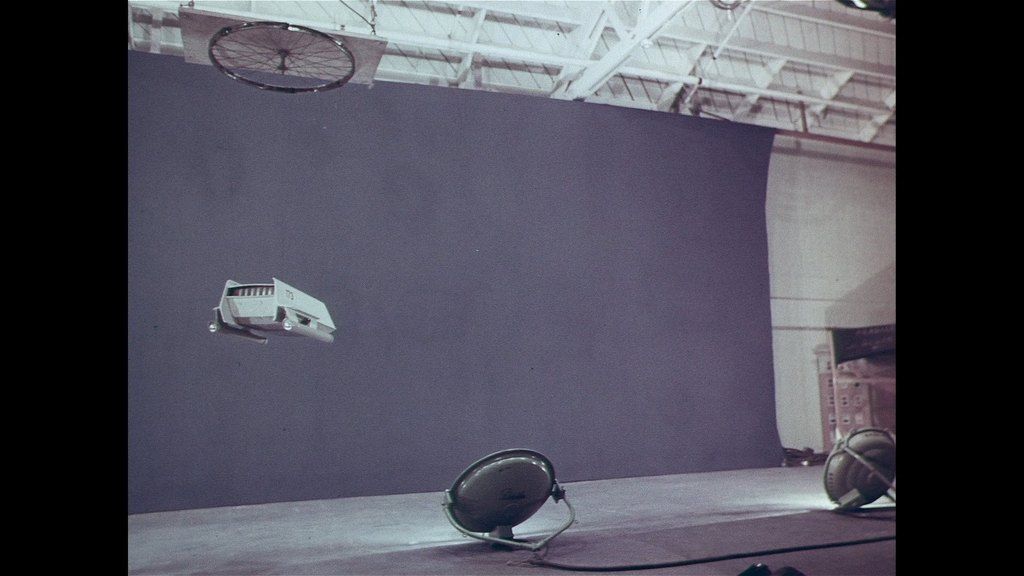 This was also a nice surprise sequence: 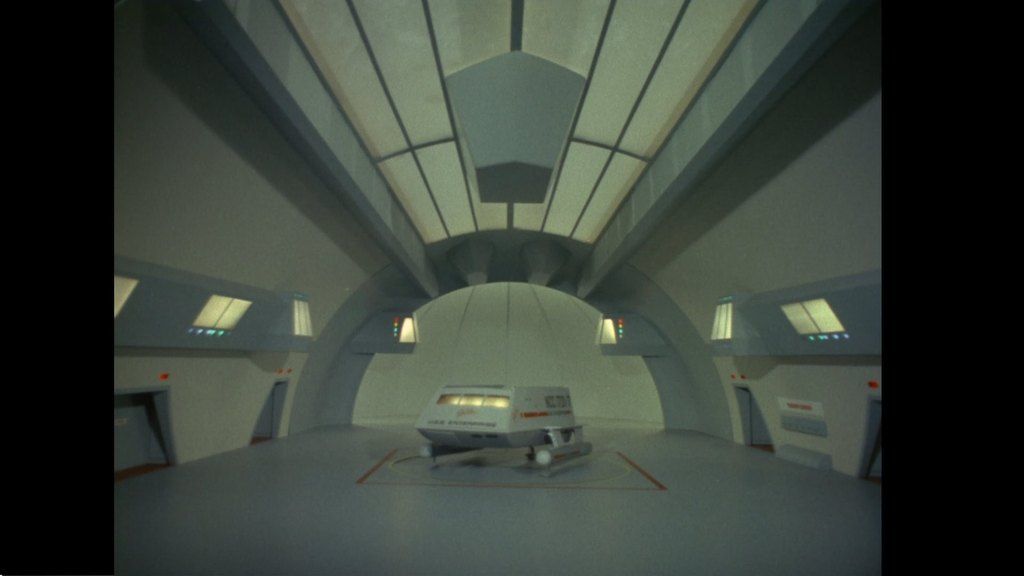 Not sure what made me think about it at this particular juncture, but the currently accepted orientation of the Galileo script on the starboard side seems to have been depicted fairly accurately on the famous 1977 Cheinco wastebasket (despite other inaccuracies). Does make me wonder what “access” to info. on that side of the miniature (or full-size mockup?) the artist may have had. I guess it could be a coincidence, but it seems to me that most guesses until only a few years ago (including the circa 1991 AMT reissue box art and similar era Hallmark ornament, just to mention two) had it facing downwards, not up.