Welp, I guess since I'm here I may as well make a thread on this.

Like a majority of the human population, I am a HUGE fan of Spider-Man. I am also a big fan of cosplay, as well. So, like any big Spider-Man fan, I am planning on making a Spider-Man suit myself. Now, this won't be the first time I've made one, as I had made one last year for my local convention/ Halloween(Will post pictures later maybe) based off of the homemade suit from the comic book, "Spider-Man: Mythos", a comic illustrated by Paolo Rivera. Originally I was going to make a Alex Ross-inspired costume, but because of my current financial state(basically non existent), I needed to make a slightly cheaper suit. After a lot of research and debate, I unironically gravitated back towards Paolo Rivera Spider-Man. I just really like this clean and simple look of it.

With this suit, I plan to make in into a 7 piece suit. So instead of using two lycra body suits like my last suit, I plan to use spandex turtlenecks and spandex leggings to make the suit.

I will post more as I purchase my materials and begin to work on it.

Awesome & good luck with this !
+1 on Spider-man fandom

Here are some pictures of my first Spidey suit, in case y'all wanted to see it. In all the pics I have, I had forgotten the web shooters and had got the web wings removed.

Here's the art I took inspiration from. 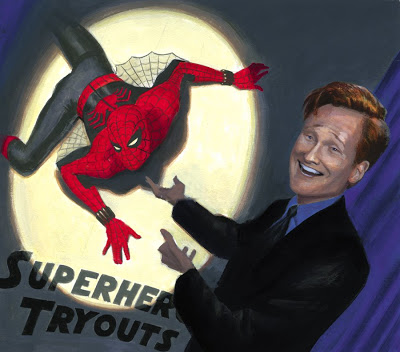 Thank you for sharing this !

George said:
Thank you for sharing this !
Click to expand...

I made a similar suit earlier this month. Here’s a link to my thread. Let me know if I can help!

What’s up guys, I’m back, I’m making my second 7 piece spidey suit. Let’s get right into it. So the base suit was purchased from ZentaiZone. It used their red and deep blue fabrics. The first thing I did was attach some snaps around the waist. I got these snaps from Walmart. I ended up using 5...

JDVaughan17 said:
I made a similar suit earlier this month. Here’s a link to my thread. Let me know if I can help!

What’s up guys, I’m back, I’m making my second 7 piece spidey suit. Let’s get right into it. So the base suit was purchased from ZentaiZone. It used their red and deep blue fabrics. The first thing I did was attach some snaps around the waist. I got these snaps from Walmart. I ended up using 5...

I'm saw this and loved it! It has even served as inspiration to me. I would like to know how those plastidipped soles are. I thought that was a neat idea.

Soooooooo.....
I've come to the realization that I don't really have the money to make this costume. Those lycra shirts are expensive where I live! I have started working, but who knows when I'll get paid. So I'm changing the way Im making this suit. Instead of straight up making this myself, I'm going to buy one of those blank 7 piece Spidey suits from Zentai-Zone. That way, all I need to do is add snap buttons(or sew elastics into the gloves and boots), make some lense and throw on the webs. Since I thought up of this, I actually came up with the idea of making the suit into a James Cameron-inspired Spider-Man suit. I know that the suit wasn't officially released, but doing some research I came to the conclusion that they would have use either a Eaves Brooks Spider-Man suit or one of the Betty William suits.

I don't know. Should I continue with Paolo or change it into the James Cameron?

Alright, I'm back with an update. I am going for the "What if"James Cameron Spider-Man idea. I got Zentaizone to make a custom 7 piece Spider-Man suit styled after the Eaves-Brook's Spider-Man design. Here's a pic of it with my potato of a camera. Don't mind my super old Dark Knight blanketc that I got when I was like 6.

I plan on adding the webs and front spider with fabric markers and plan on painting the back spider on with some fabric paint. Soles and kung-fu shoes will also be installed and lenses and exterior webshooters are in the works right now. I will return soon (hopefully) with a update.

Okay. I'm back. Since my last post, all the snaps fasteners have been sewn to all the pieces of the suit(considering adding two more to the boots). I'm still waiting for my fabric markers to come in. Until then, I'll be working on the lenses and start with the webshooters.
So far, so good!