Well, amongst the ideas for projects that have been bouncing around in my head for a while, I have been toying around with the idea of doing custom action figures based on the TV show/game Defiance. If I ever did do them, the first one I would like to try is a custom Indogene figure. An Indogene is one of the alien races featured in the show. However, after looking at pictures of some of the Indogenes that have been present in the show, as well as how the one featured in the game looks, I realized that there'd be a bit of a problem:

This is a picture of the character of the Indogene Doctor Meh Yewll, played by actress Trenna Keating. Now, as you can see, from the picture. Doc Yewll's species have hexagonal skin pattern. Now, I know the simplest thing to do for a custom would be to just paint the skin white and just leave the pattern out of it. However, it did get me thinking about the question that I'm about to ask: How would someone do a hexagonal skin pattern for a 3.75 inch figure? Or for the six through ten inch figure scales? Or for a 12 inch figure for that matter? Would it be better to do it in paint or as a part of the sculpt? And if you did sculpt it would it be easier to sculpt it by hand or try to find some sort of hexagonal mesh or some sort of textured stamp of some sort that has the pattern at the appropriate size? I know for the 3.75 inch scale, it'd be impossible to have the pattern sculpted (or even painted), while it'd be difficult for the 6-10 inch or 12 inch scale, but I'd like to have my options open. Any ideas are welcome.

Some more pictures (includes other Indogenes): 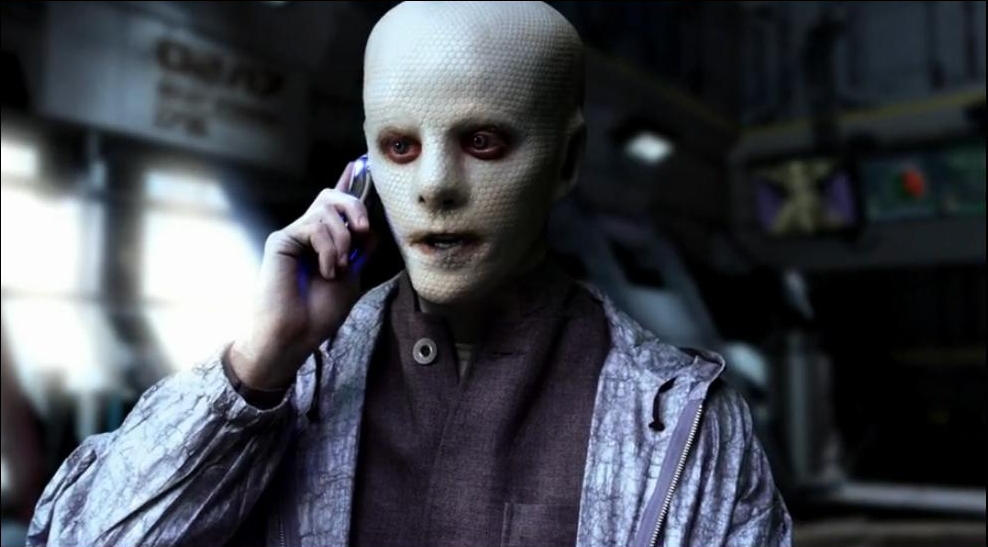 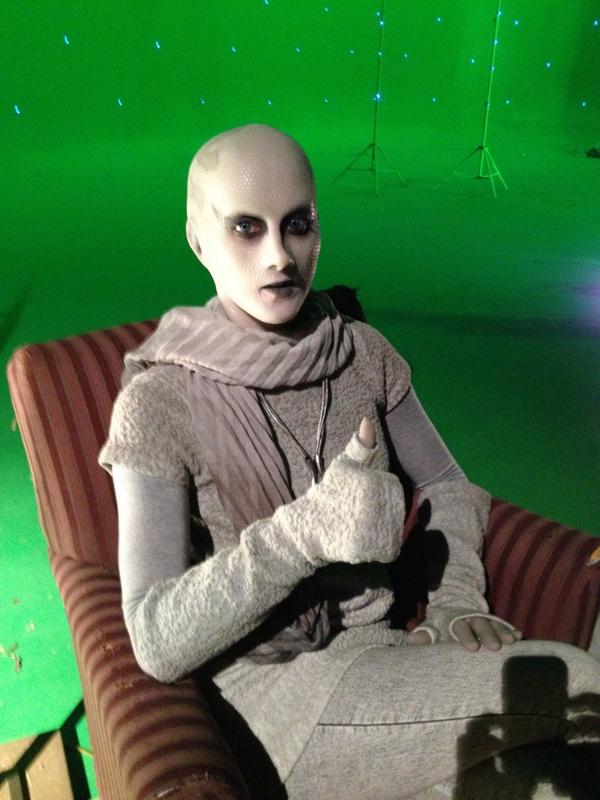 Link to a picture of Indogene Erin Niden from the game.
Last edited: Jan 28, 2015

IMHO, if you were going to do the pattern, it would be easiest to replicate it in the sculpt. Would also think a texture stamp of some sort would be the way to go. That being said, the smaller you go (in terms of scale) the less visible the pattern would be, especially for a 3.75" figure.. At that point you could try and replicate it w/ paint, but even that might be too troublesome.

The Size of each hex on her is approximately 0.1875" so scale on the largest 12" figure would make the details so small you really couldn't do it....unless you going to go with a non-scale hex...
Just saying...

Hmm! There is a lot of photoetched screening materials "out there" that might serve to create a stamper for a sculpt. Of course, it would be extremely difficult to keep things regular and 'on grid' when working with such tools. It may be possible to use some form of screening or fabric as a spray-through mask, allowing for an impression of the pattern to be applied with paint, as a last step 'glaze' so other shadowing paint effects wouldn't be obscured. Also might be possible to produce a 'fitted graphic' pattern printed to decal film or as a dry transfer. Archer produces subtle surface details (like rivets) using printed resin dry transfers. But I think using an impression tool with the sculpt, while technically challenging, wouldn't be impossible - just tedious!

Thanks for the info so far guys. I really appreciate it.

Is There Anyone Who Does Commissions for Small Run Photoetch?