I’ve been lurking here for a while and after watching the Launch America coverage, I took a deep dive to don the superhero inspired SpaceX pressure suit. I soon discovered there weren’t too many fans that have taken up the challenge to make a high detail replica yet. With the help of many others, I have started piecing this thing together.

Way back in 2009 I did a couple of costuming attempts between a (Nolan) Batman suit, Darth Vader and eventually Master Chief Mark IV armor. All this to say I learned what I was capable of doing well, and not so well.

My wife is a very talented seamstress so off the bat I picked her brain and unapologetically enlisted her help. The initial goal was to design patterns for her and do the shirt/vest.

That left boots, gloves, and most importantly headgear.

Turns out, the well known RPF user, krispikarim, had done a full helmet build. I did a cost analysis on how I could either use his files and print and build mine but elected to go for broke.

I recognized early on the level of detail I wanted would be impossible without outside help. My aim is to have this completed by October 2020 (COVID-19 or not). I work in manufacturing and inevitably someone can always make something cheaper than you can.

As of now the helmet is almost completed, the suit is fully patterned and sewing has started. I reached out to a costume shop on Etsy for help with the gloves and boots.
I outsourced some of the patch/embroidery details. Namely, the SpaceX logo (lower left arm), my name modified to be removable (lower right arm), and the NASA mini “worm” style logo (center chest). I learned that the real suits use PVC upper shoulder patches. The classic NASA “meatball” (left arm) and the military style US flag for the right arm. I was able to source them from Amazon and a tactical supply store. I sacrificed on the white border the authentic patches have. Some of the test rehearsal suits had different styles and add/dropped the NASA chest logo. It would be prohibitively expensive to chase that detail. 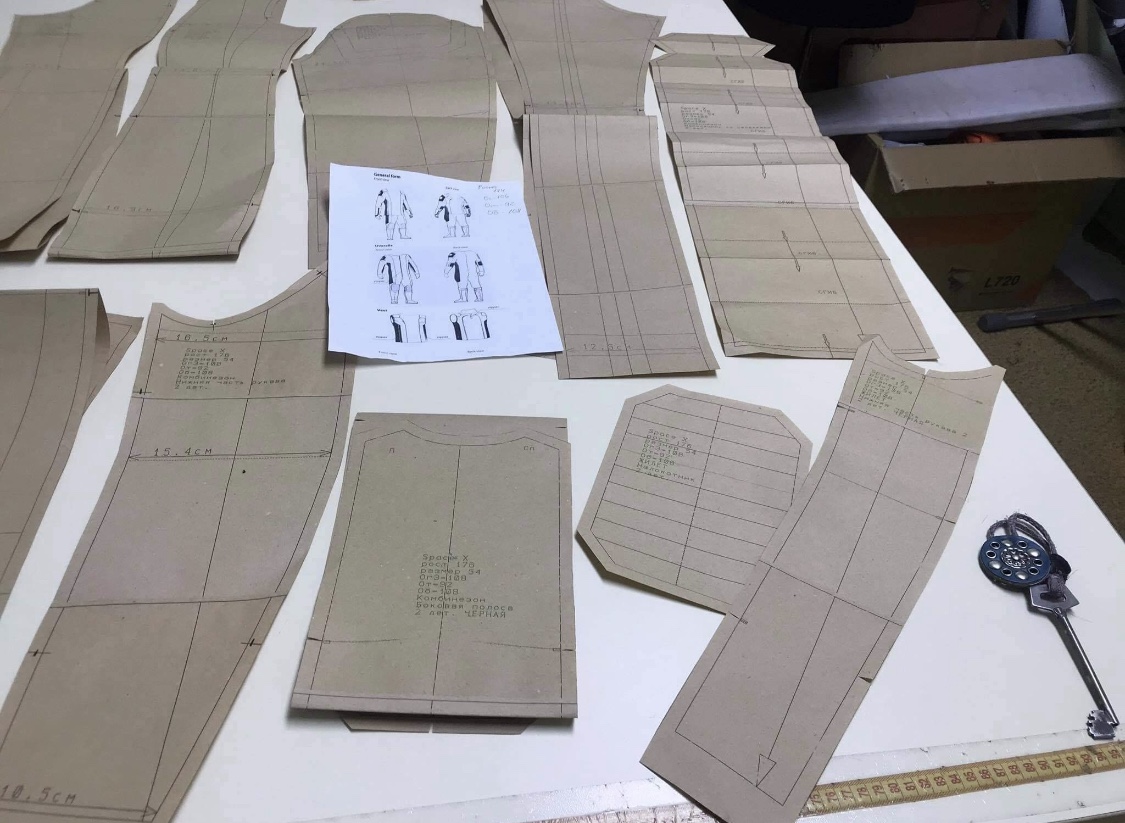 Update: had some design setbacks in the collar department. The build is a little oversized and extends too far down the chest. Working on a fix. 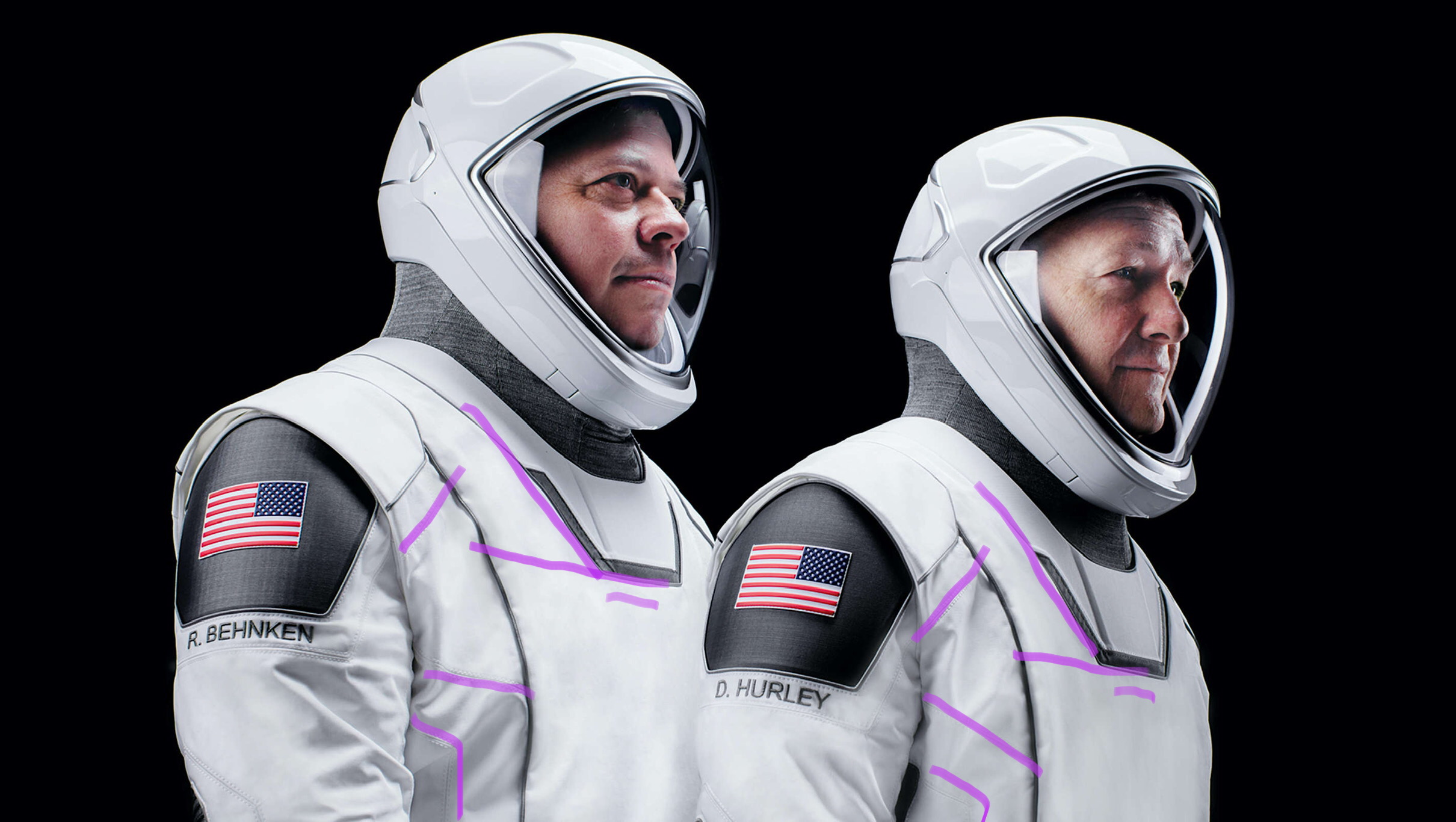 Update: Still reworking the collar/vest. My Etsy contact for the gloves and boots sent me a video demonstrating the glove’s touch sensitive fingers. Super stoked to possibly have everything before the next launch in October. As long as nothing comes via the USPS

Sorry for the potato quality. The fabric over the finger tips has that ridged checkered style but it’s hard to see in the video. I elected to go a touch darker on all the gray areas to preserve match what the vendor had. I’m banking on it looking lighter and being some what reflective in the sunshine. 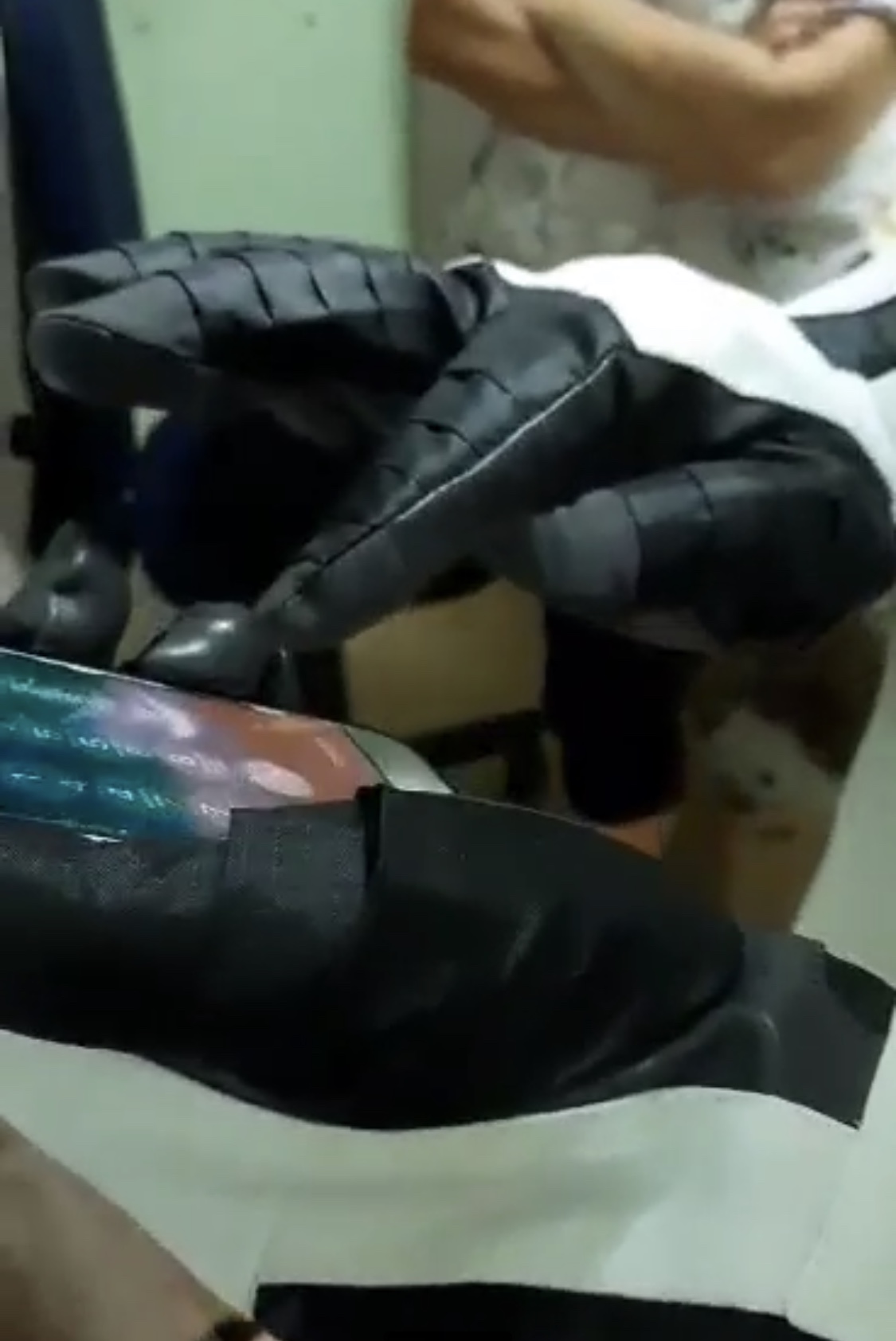 Another thing dawned on me. The back of the vest portion has reflective piping. At the time I started I couldn’t find any confirming photo but it seems I was close but wrong with the way it runs up the back. I have elected not to fix it because I need the piping I have to complete the shoulder pads and knees.
Last edited: Aug 25, 2020

I was able to last minute change vender for the boots and they just sent me completion photos. Very please with how they turned out. The scaling and some of the shapes aren't super accurate but I think they will match the rest of the suit well.

I'll have more updates and full assembly photos in a week or two. 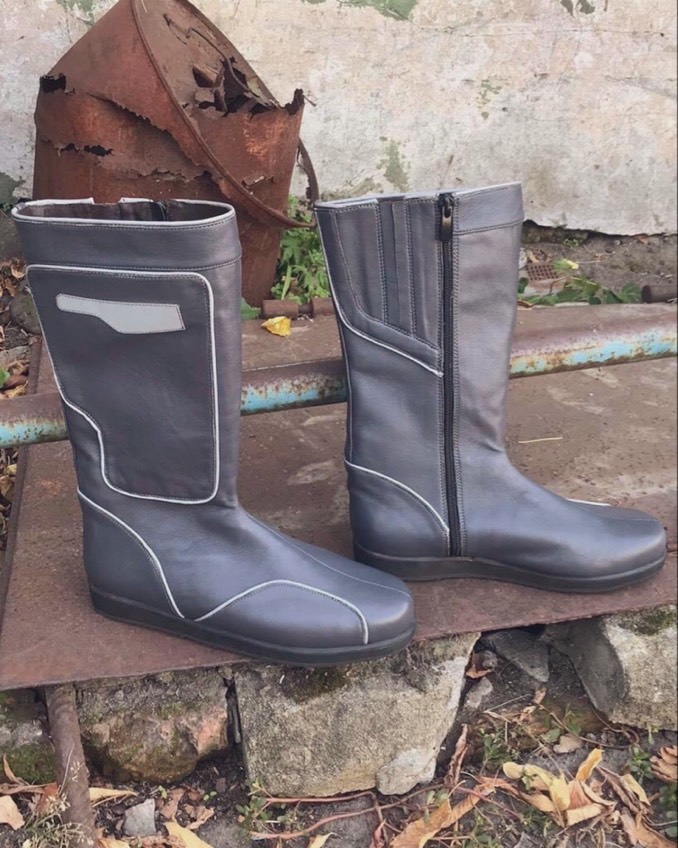 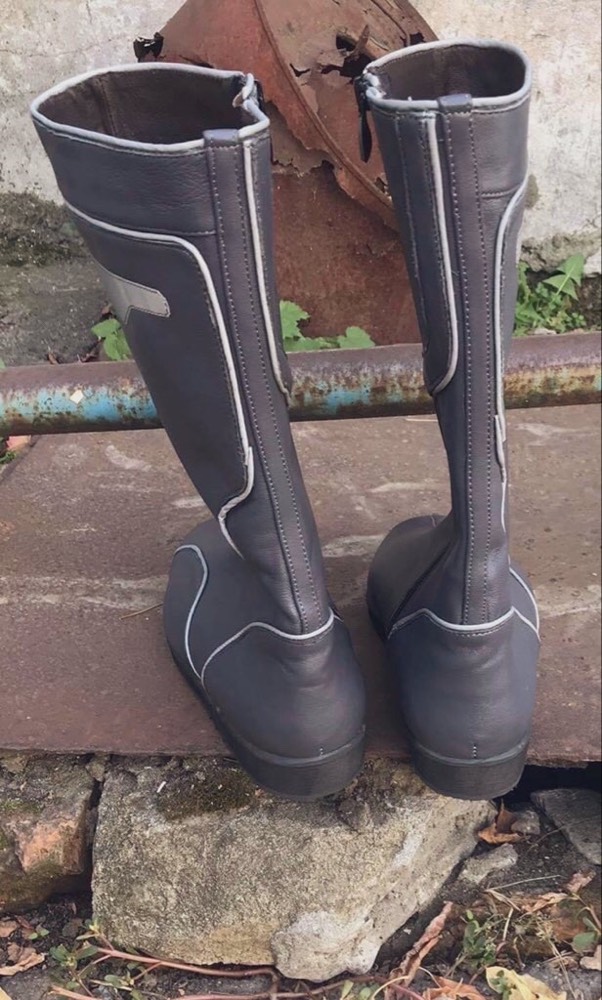 Have some photos of the suits progress. The overalls, the vest, and gloves. Bonus helmet shot. Last steps will be getting it all together when the boots arrive, sewing patches to the shoulders, troubleshooting the balaclava attachment. 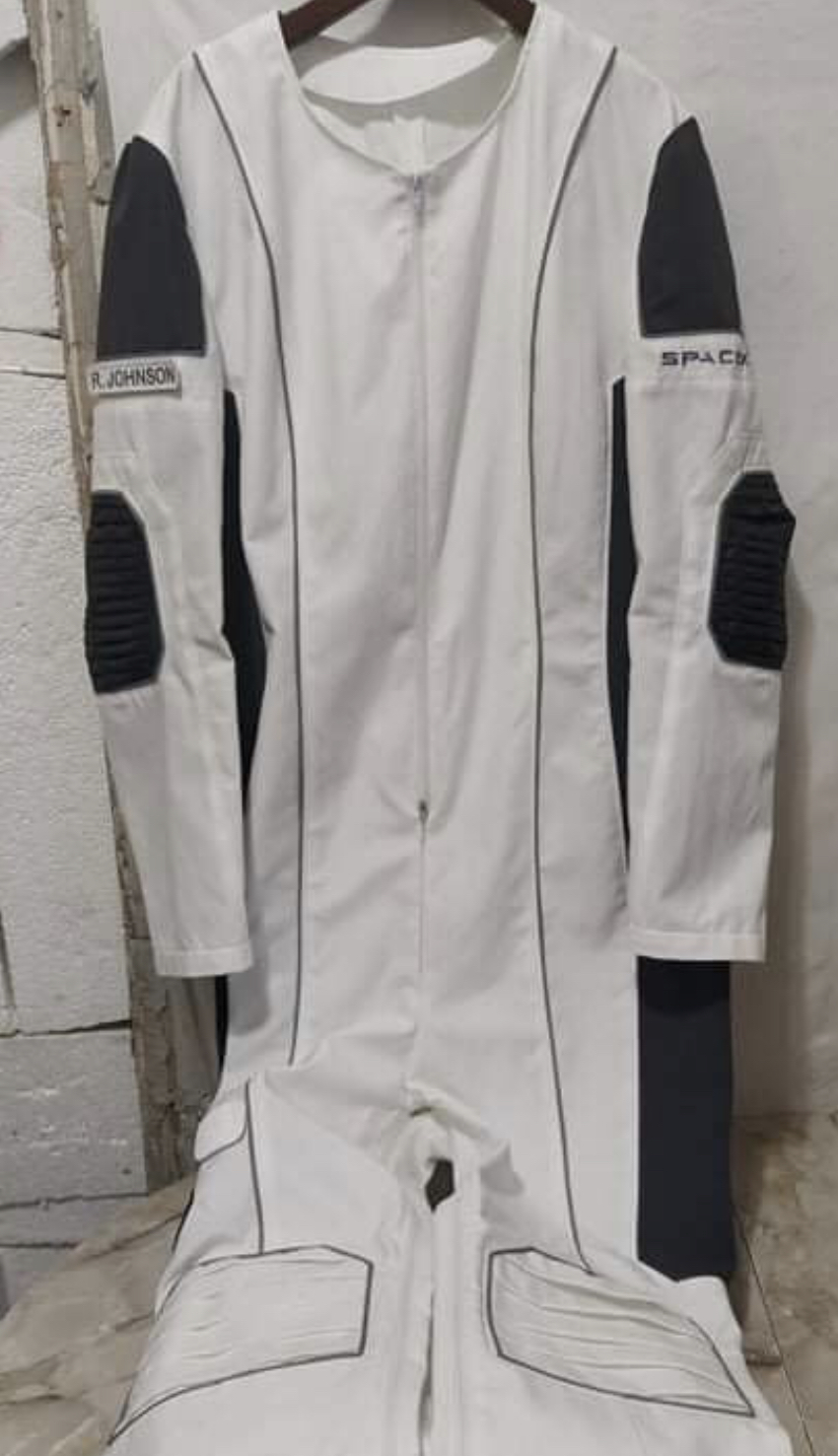 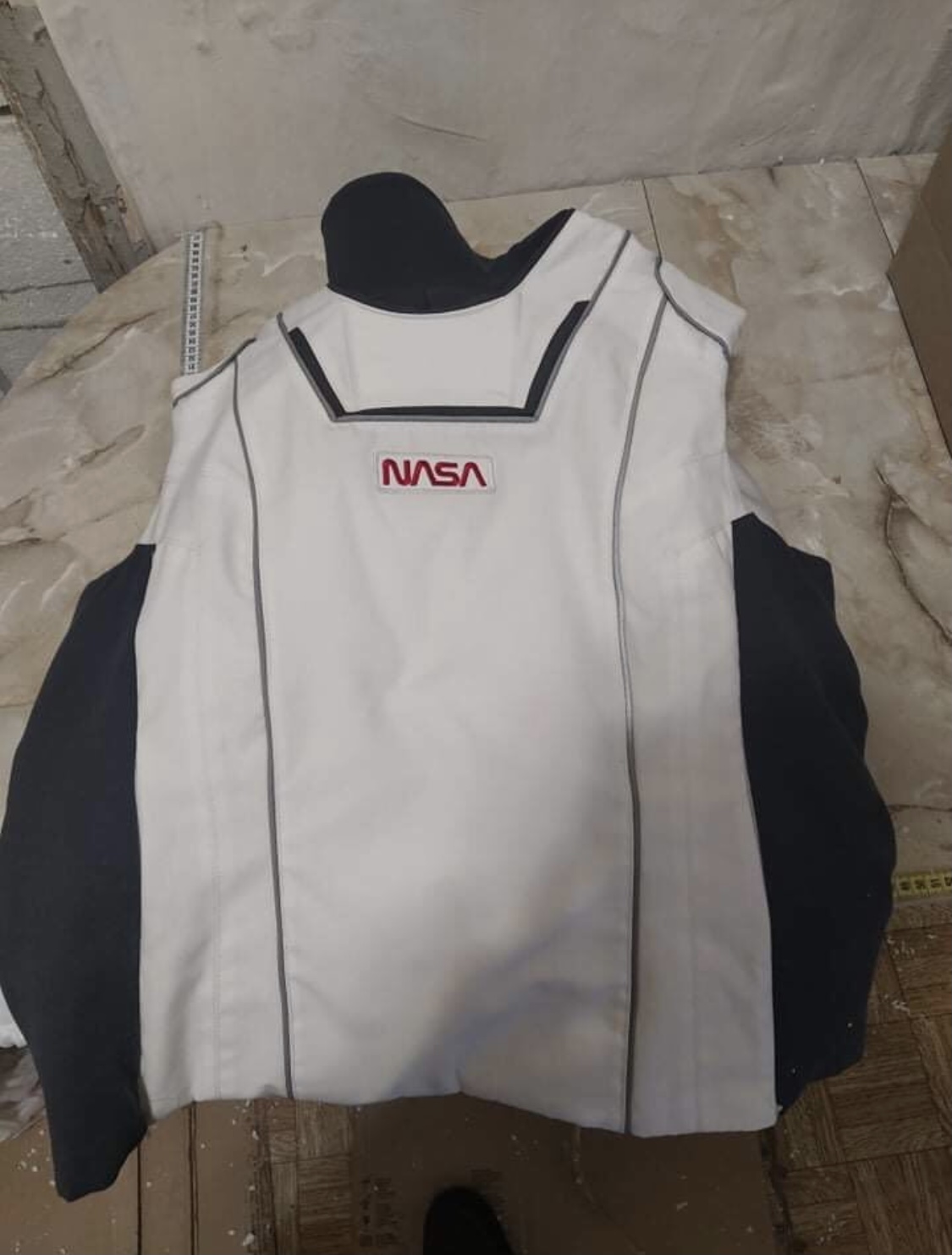 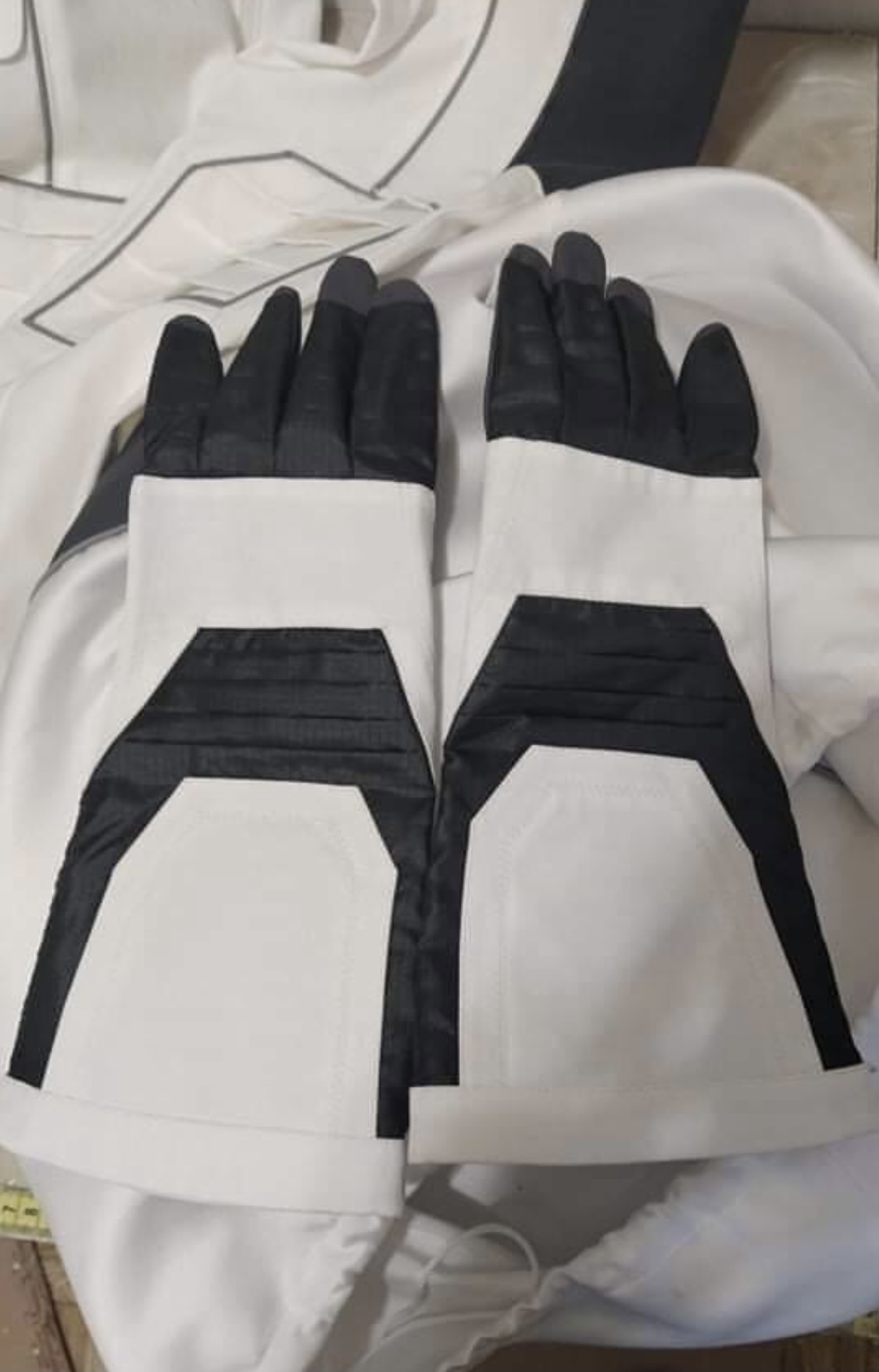 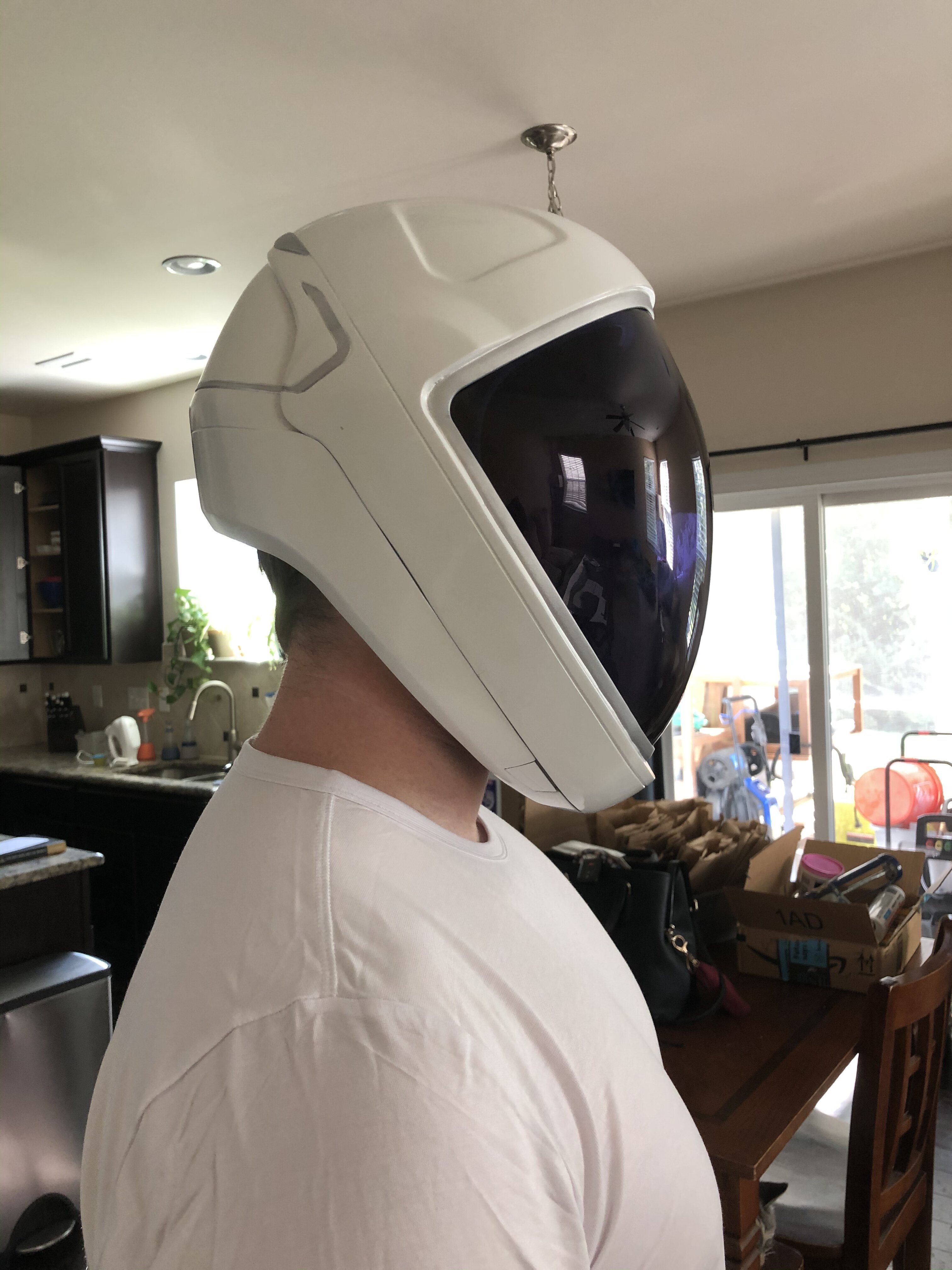 RPF PREMIUM MEMBER
Dude, you are killing it! Any suit that is space related is cool in my book. I wish my wife has seamstress skills....that is a gold mine right there.

Lear60man said:
Dude, you are killing it! Any suit that is space related is cool in my book. I wish my wife has seamstress skills....that is a gold mine right there.
Click to expand...

Man I appreciate the compliment! I feel the same way. When I saw the SpaceX suit I just had to don one myself. Yeah, I hit the jackpot.

So the boots came today. Did a test fit. Got really warm, really fast. I will be adding some interfacing to the shoulder pads after I put the pvc patches on to get that rigid look. 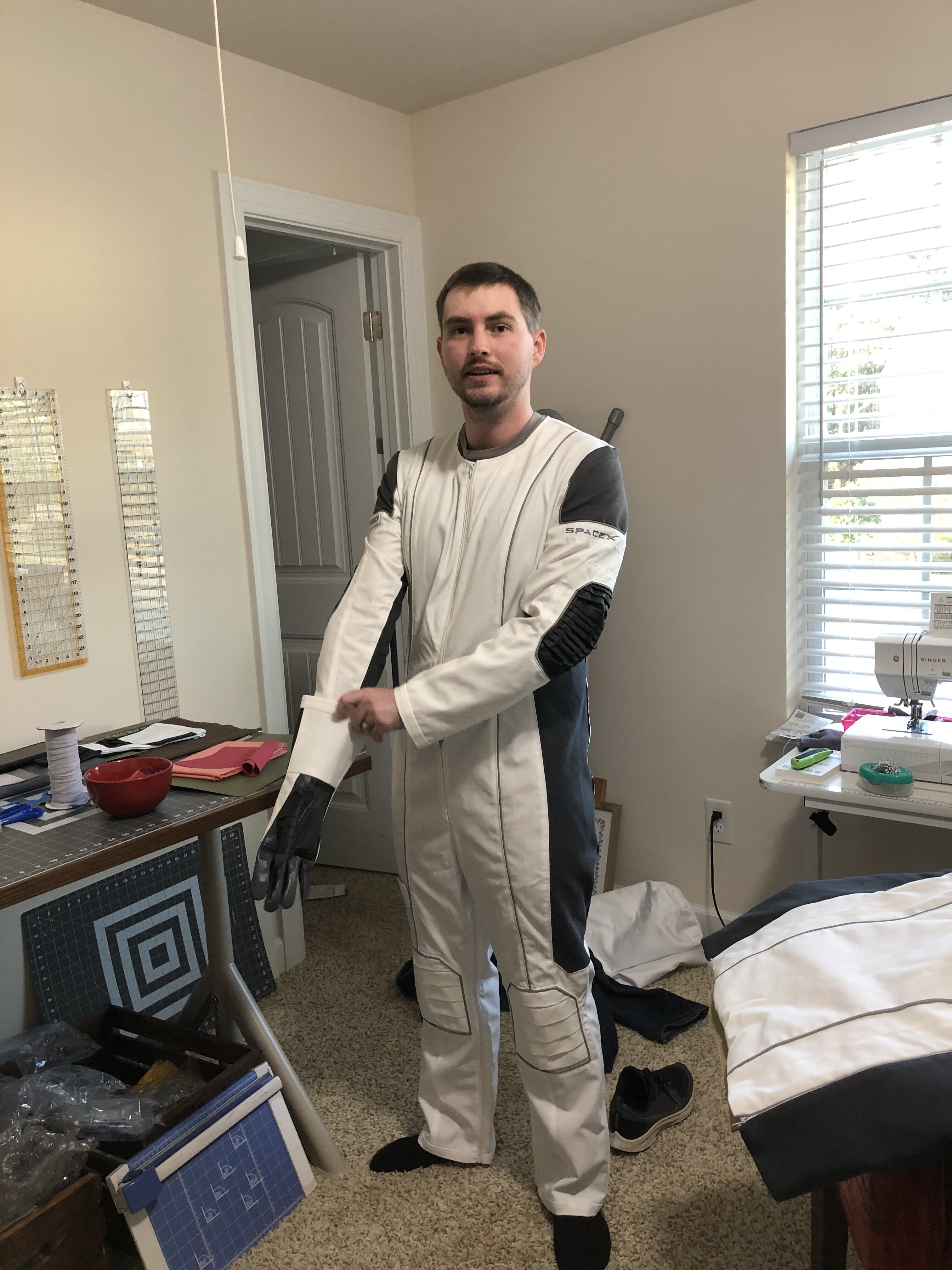 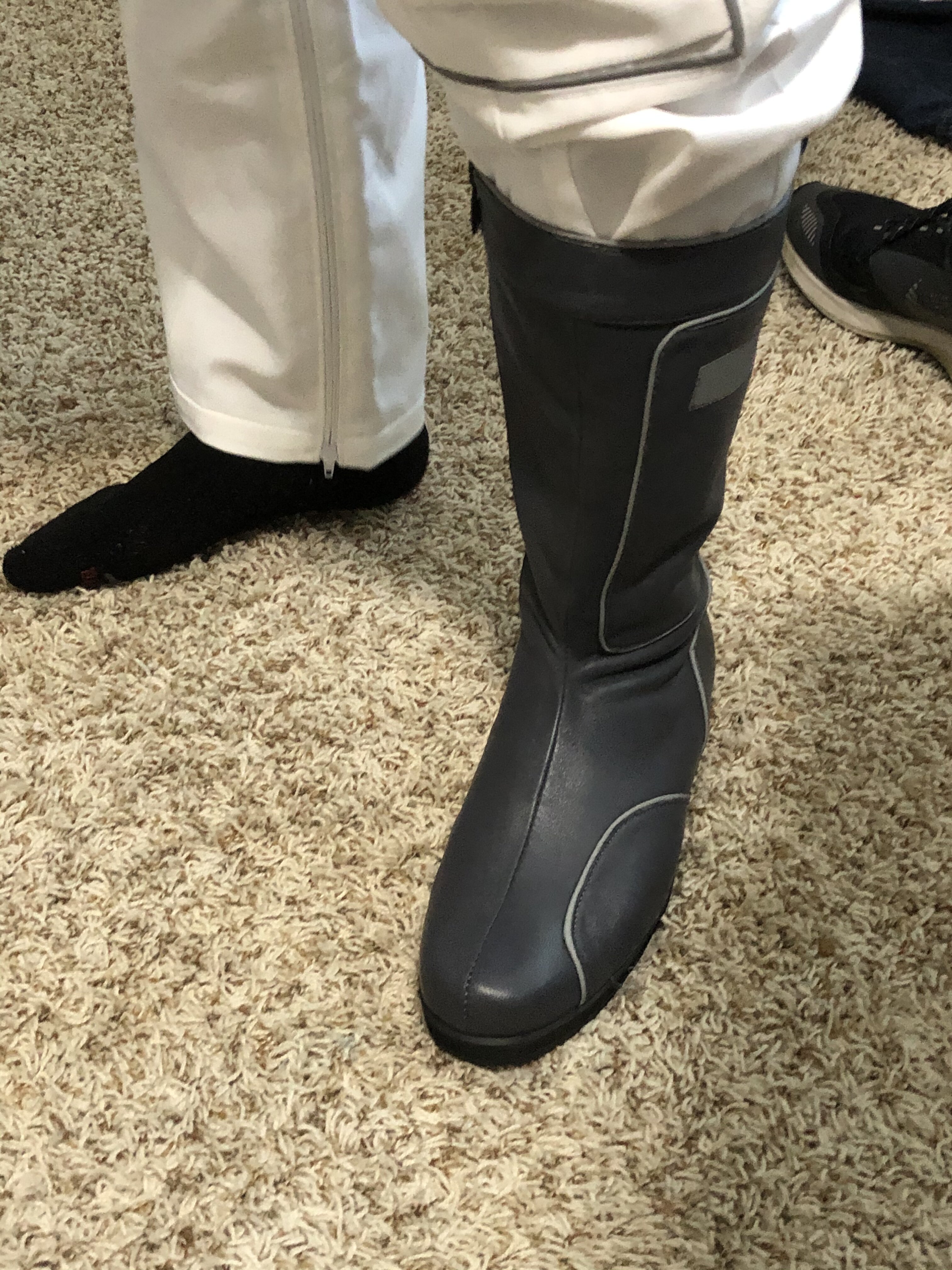 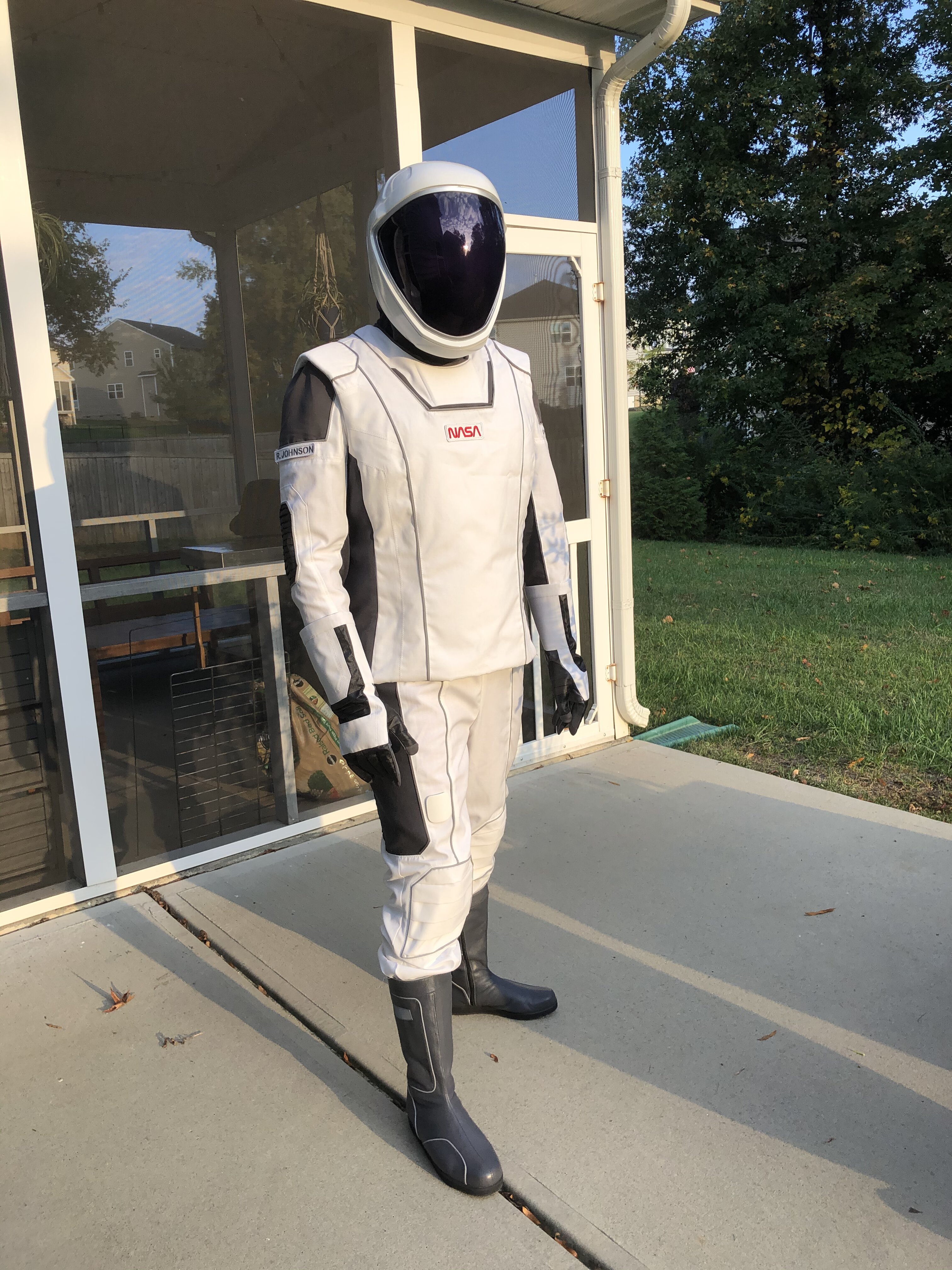 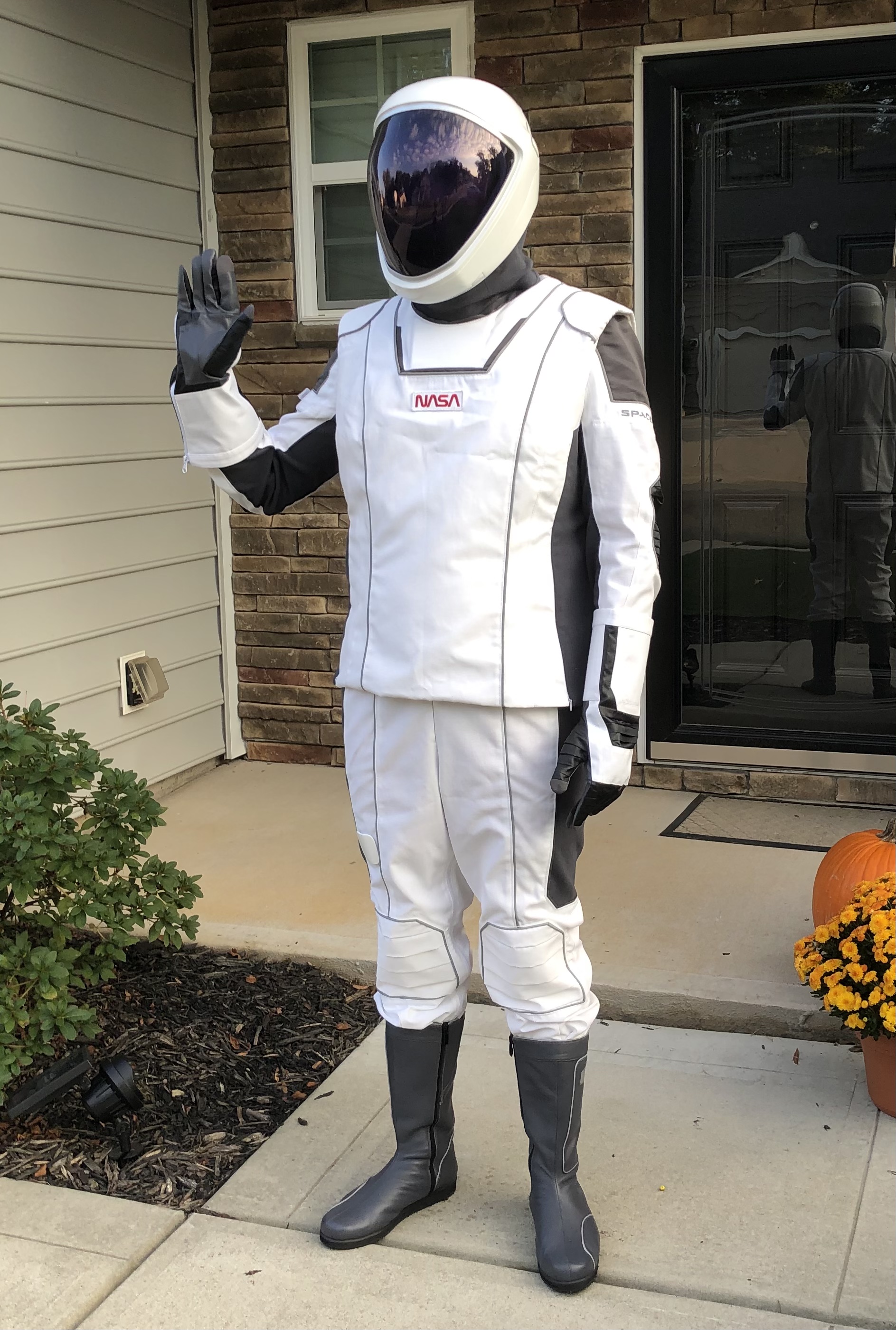 It’s pretty much done. I’m in love with the reflective piping. The patches turned out okay. Wish I could have found a bigger right shoulder flag.

Doting interfacing on the shoulders was almost impossible having assembled the bulk of the suit. The neck and color area leave a lot to be desired but I think it’s made better after reworking the helmet padding to sit higher on my head.

Speaking of the helmet, big disappointment there. I was unsuccessful in modifying it to stay open on its own. My idea was to strategically place power magnets that would align and provide enough hold to counter the lever arm on the visor. So I will probably lose a few pounds on Halloween.

I’m sure I’ll post more around Halloween or the Crew 1 launch in November.

Ey such a nice project! its awesome congratulations, i would love to know how to do one for myself but i dont know how to stich. How much could be to make one like this ?

Great job. I'm a NASA engineer, and I have worked with space suits my entire career. I hope to see a real one of these up close soon.

Wednesday at 7:52 AM
sstnickg
S

For anyone interested in a modern NASA name tag for their costume: