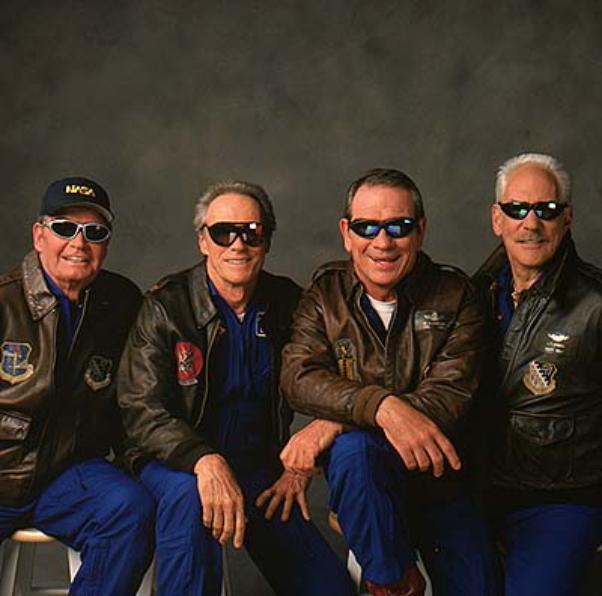 If you don't think that this merits to go down as one of the most classical modern movies ever made, stop reading :lol

If you do, and like me, you love the brilliant combination of Clint Eastwood, Tommy Lee Jones, Donald Sutherland and James Garner acting out the characters of 4 'old' farts who go to space, then this is for you :lol

No Space Helmet props here though.

THE most memorable prop in this movie is, without a shadow of doubt, the 1950's Dashboard Hula Dancing Girl.


It is seen in various parts of the movie, and is owned by Tank Sullivan (James Garner).


I found VERY few screencaps of this movie, so please excuse the lousy ones that follow.


We first see the Dancing Hula Girl at the very beginning, on the console of the bomber, while Tank is monitoring Hawk's (Tommy Lee Jones) test flight. 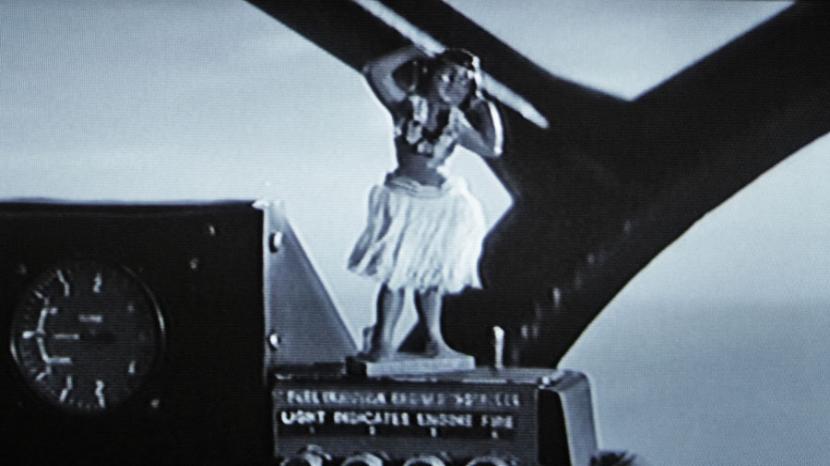 Then, when Frank Corvin (Eastwood) goes to 'recruit' Tank Sullivan for the space mission, it is seen under 'Reverend Tank's' pulpit, to let the audience know who the reverend is after some 45 years have gone by. 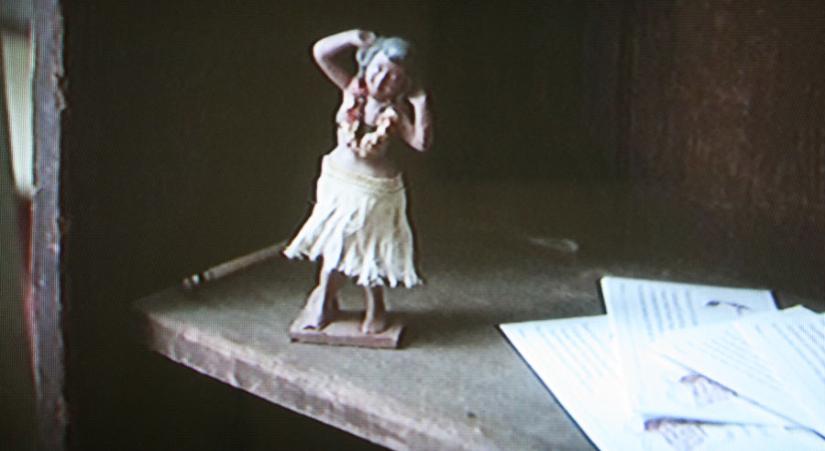 We then see it again on the Console of the Space Shuttle, throughout the re-entry part. 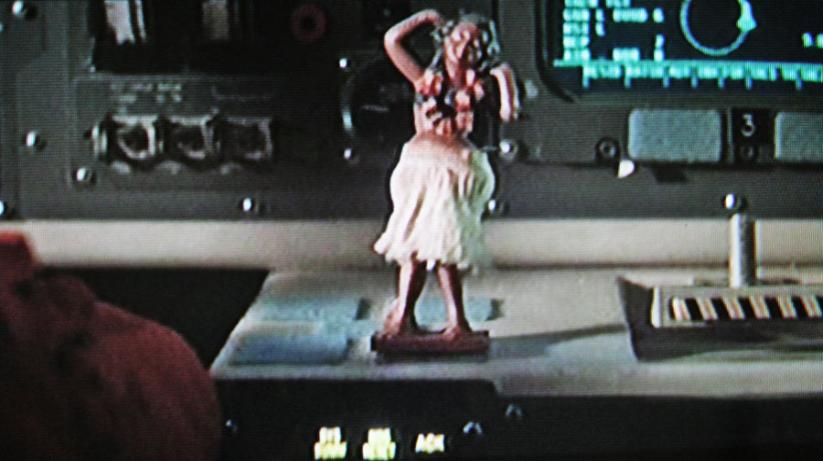 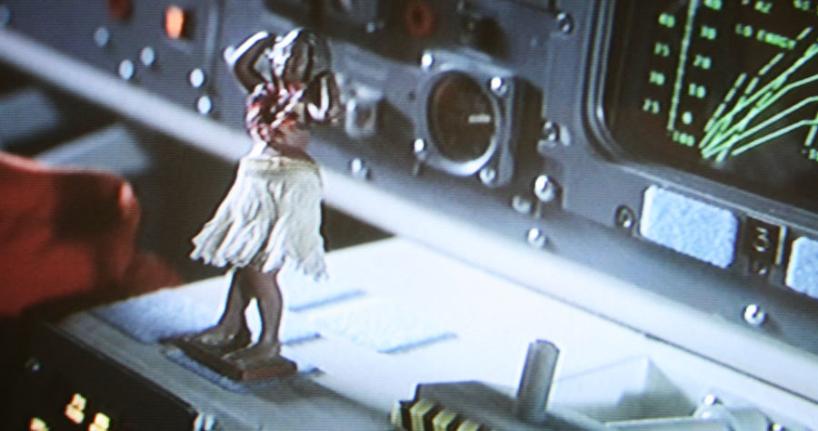 I have been wanting a replica of this literally for YEARS :lol, but I have never come across anything adequate.


All that exist are 'modern' ones. Some are close, but they all have the wrong pose ... and since fashion in feminine taste has evolved, they are all a bit on the skinny side :lol, the Leis (flower collars) are all part of the cast, etc etc etc.

Then one fine day, recently, THIS came along ! These are the original images of the item, and the state it was in. 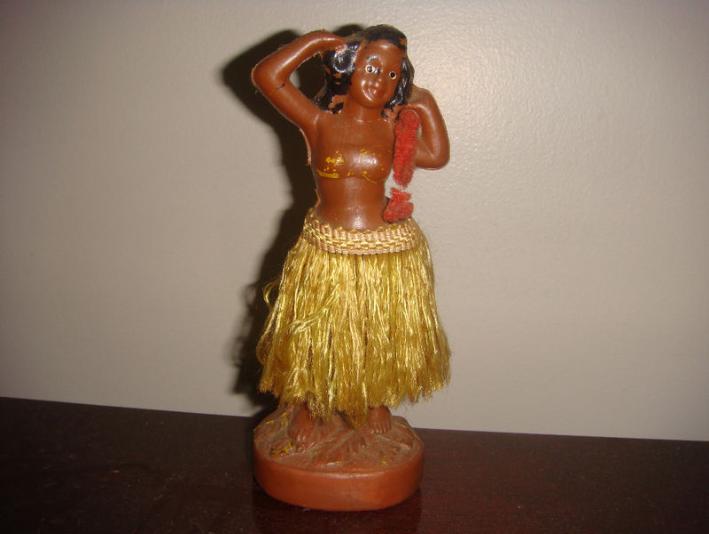 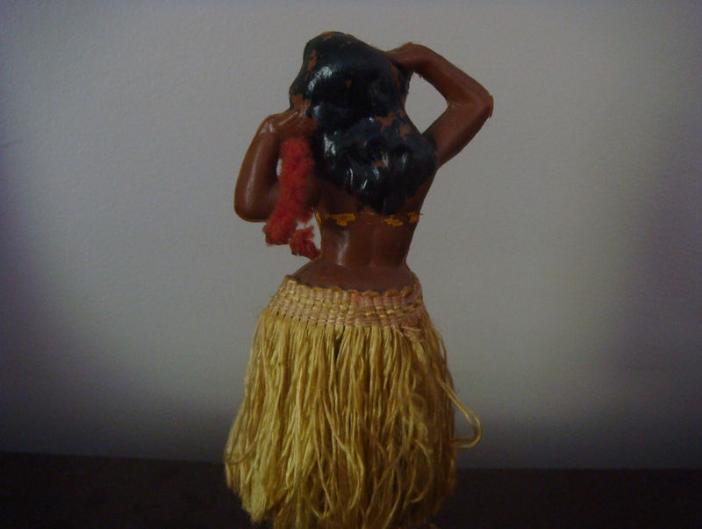 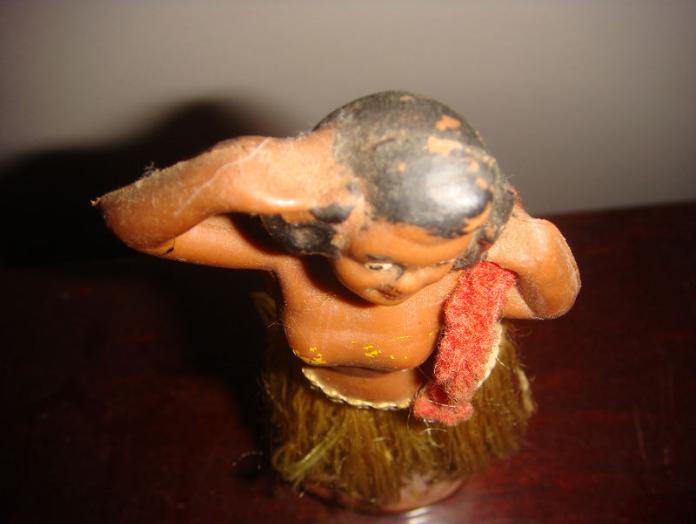 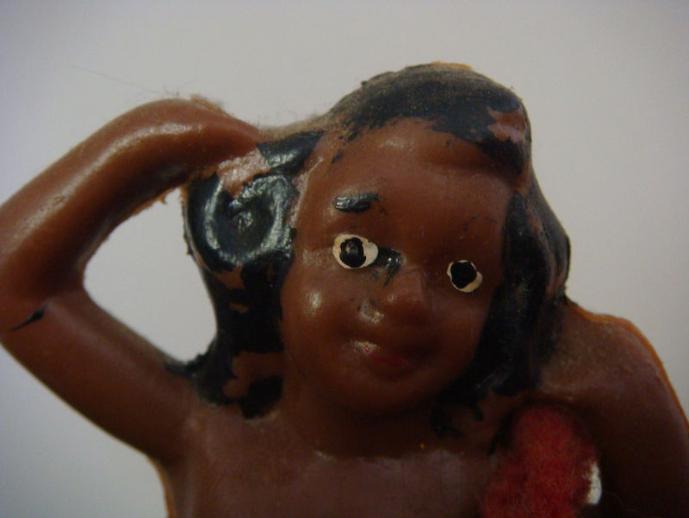 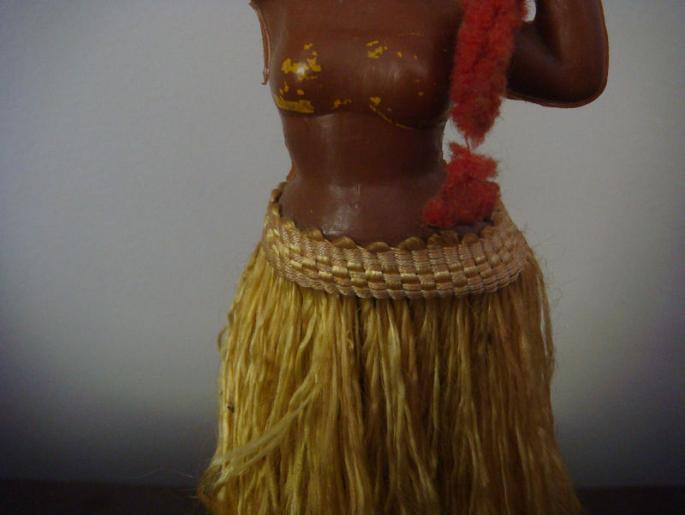 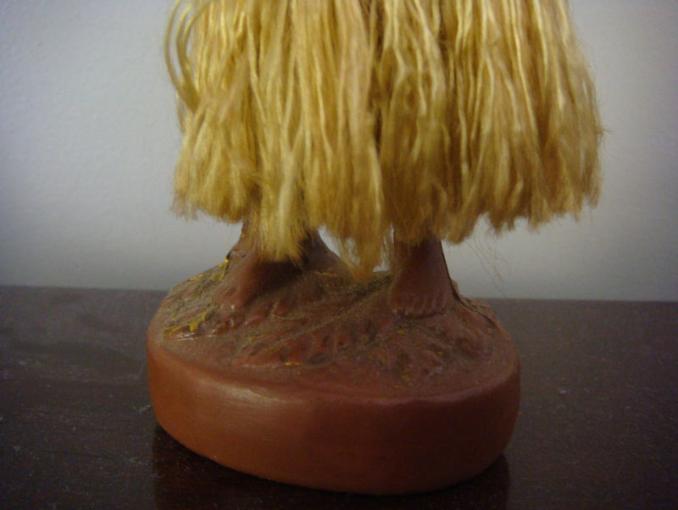 LOTS was 'wrong' with it. Wrong skirt, wrong Lei, wrong base, wrong direction the eyes are looking at. It is an original vintage Dancing Hula Girl from the 1950's.

And without a doubt, THAT was THE model used,


Restoration and modifications were needed though.


First, the parts where the casting came together had to be trimmed, as well as all the original paint stripped. 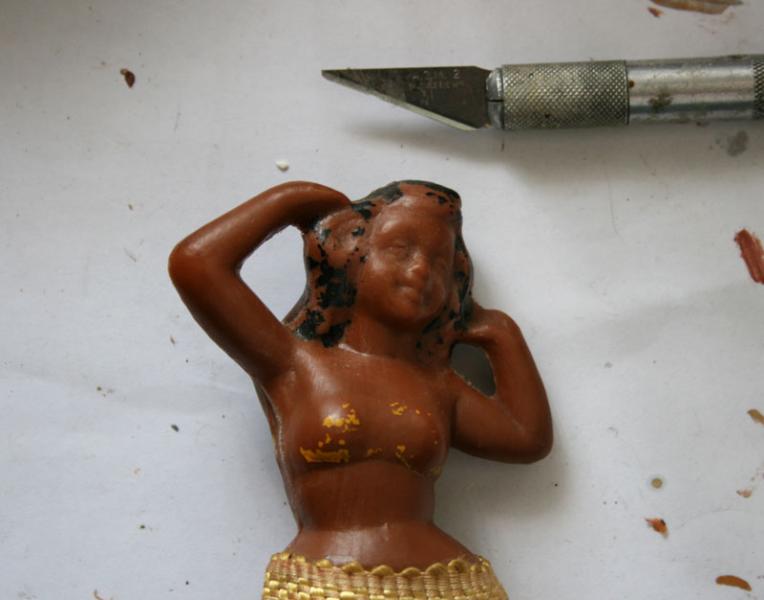 Gave her some modesty, as well as a session at the hairdresser :lol. Also made her eyes look in the right direction. 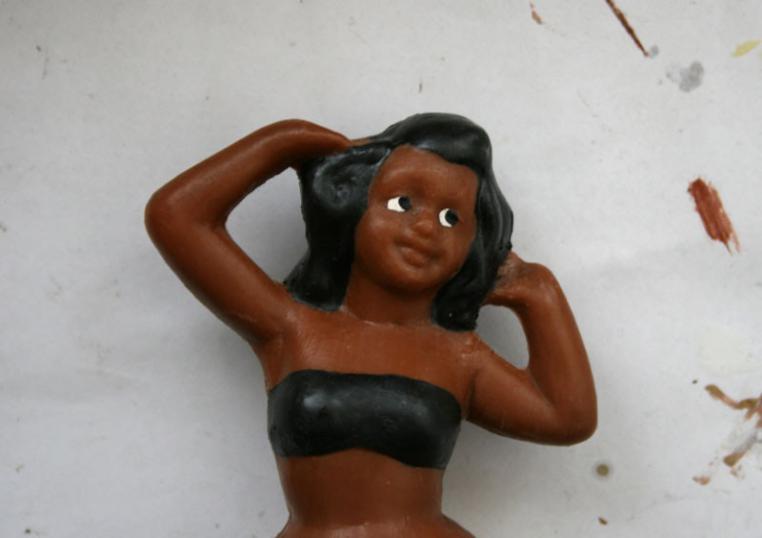 Next, a new skirt. 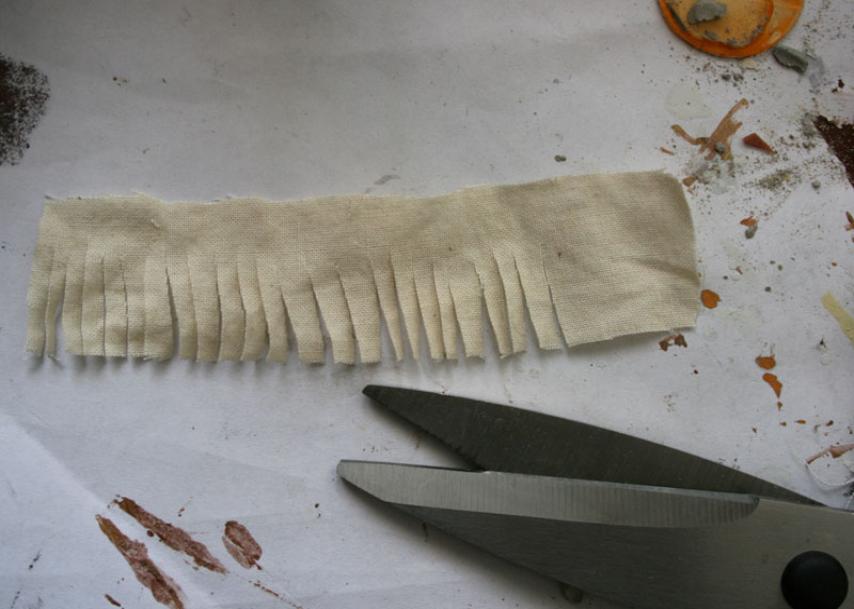 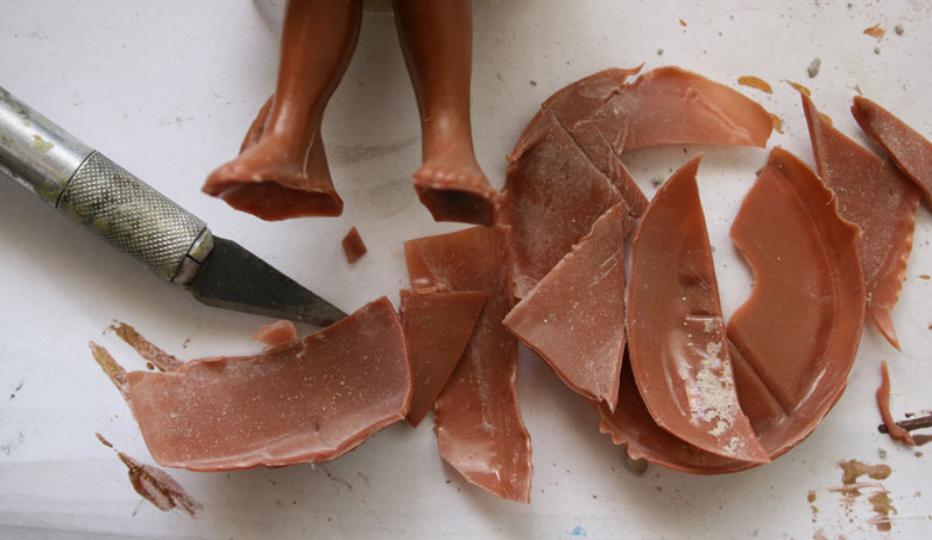 And made a new one. 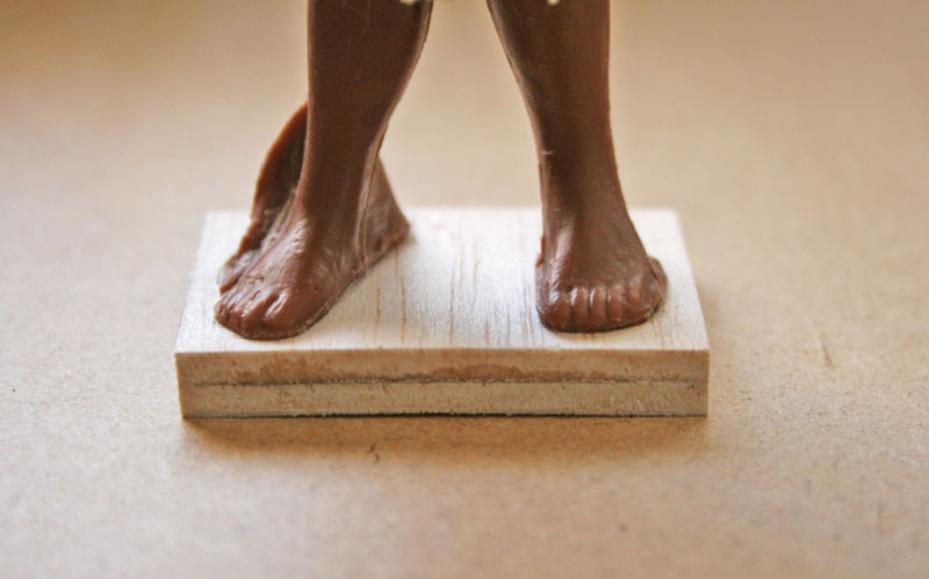 Finally, a brand new Lei, made out of paper flowers. 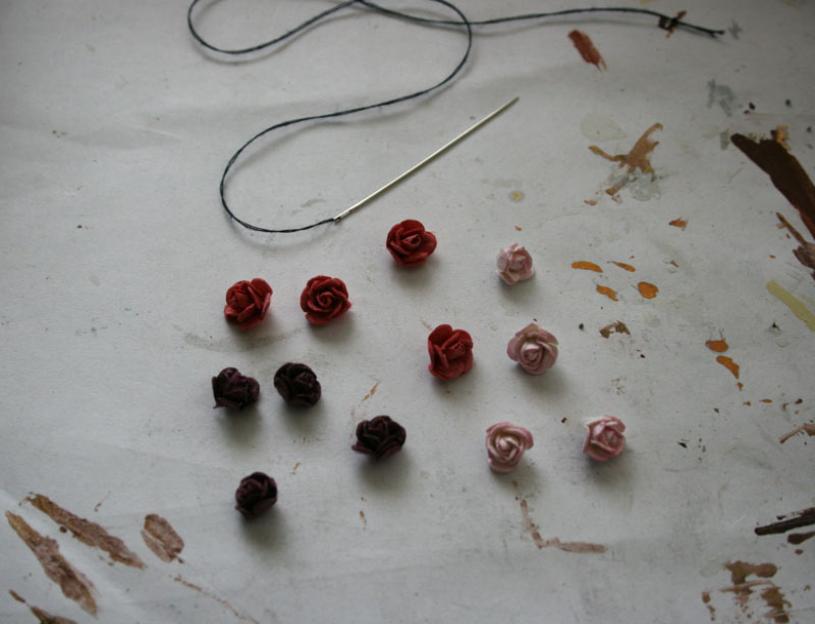 And here she is, all put together 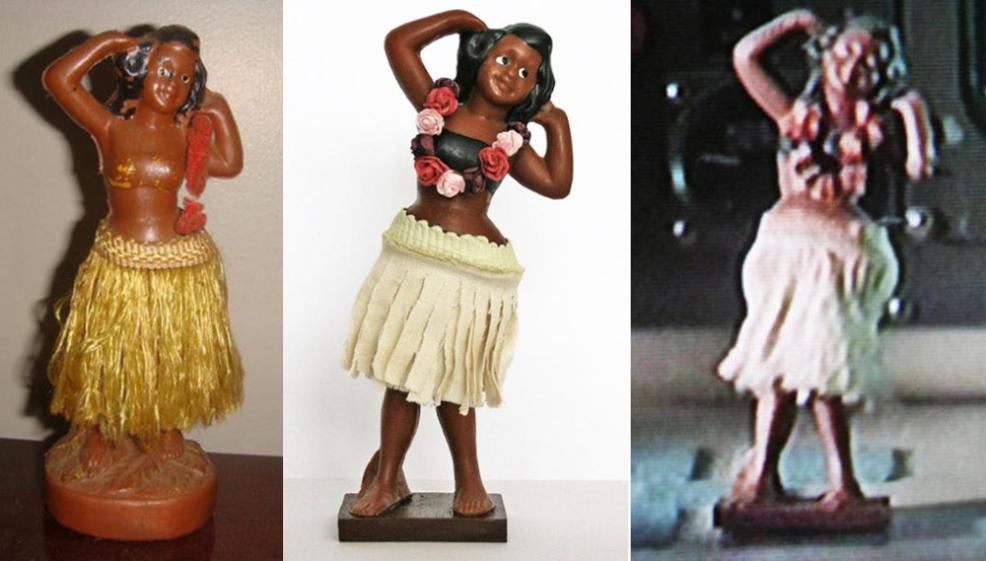 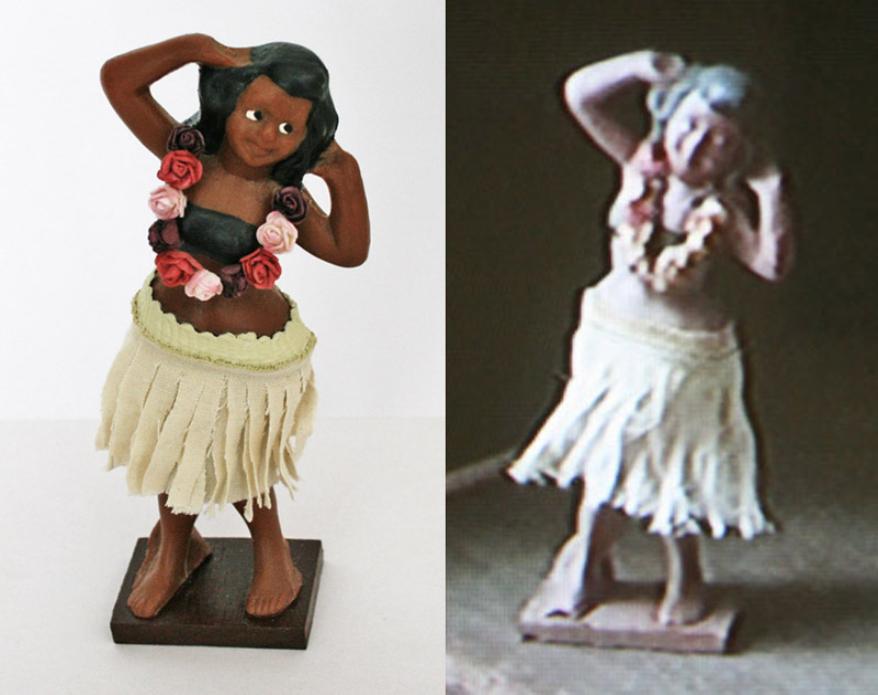 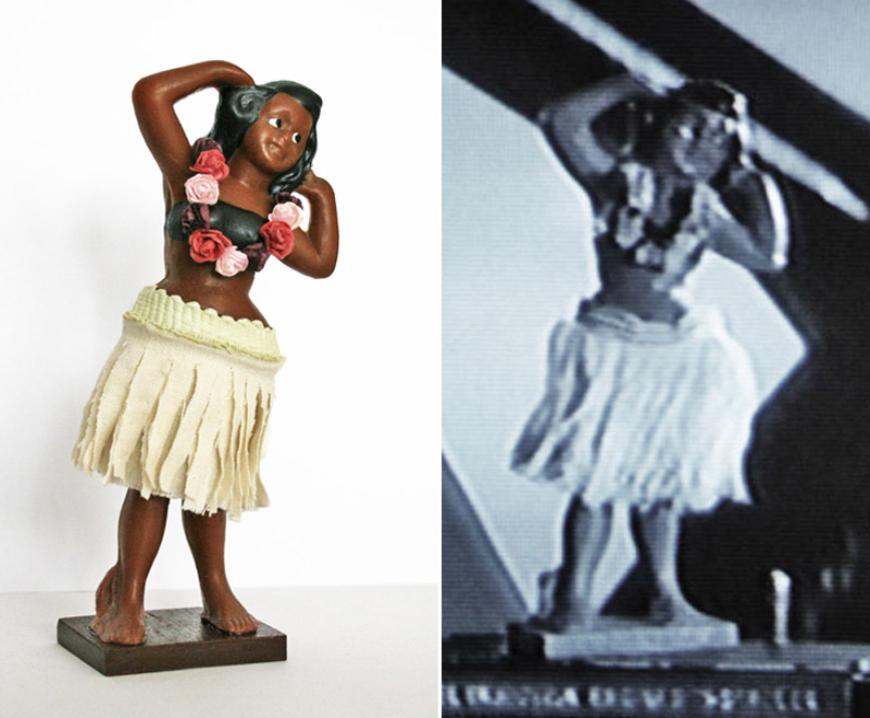 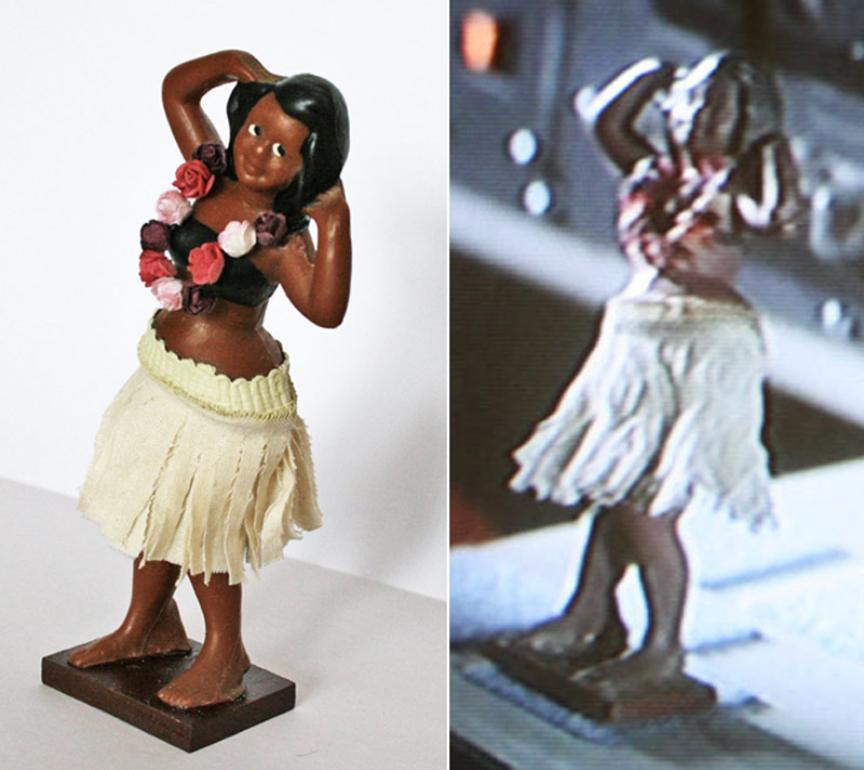 And finally, put on display next to the other 'tropical' themed items 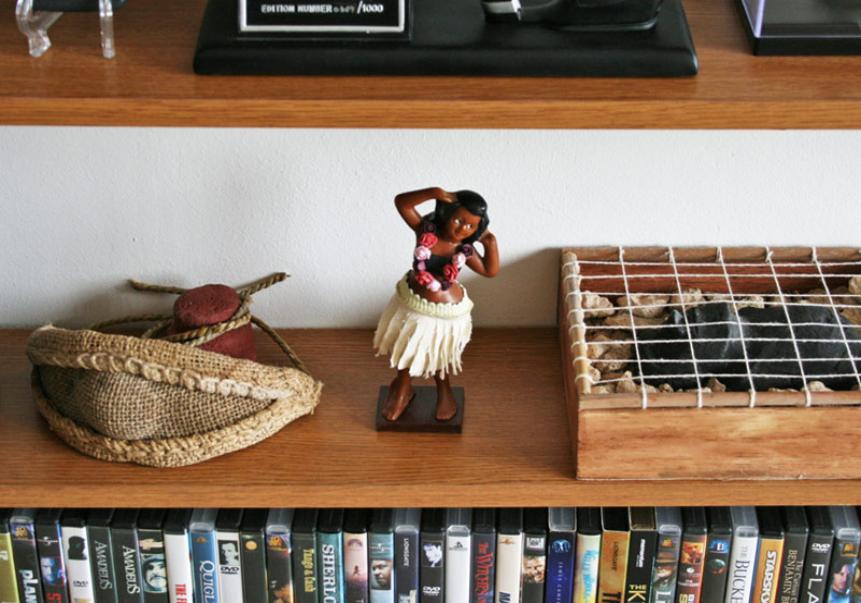 That makes me cry, that is so awesome. Top marks!

Been looking at her with 'fresh' eyes, and I think I'll eventually remove one or two flowers from the Lei to shorten it a little to make it more accurate.

But not today :lol

Ha! i didnt know what direction this was going when you called SPACE COWBOYS a classic But I love the outcome - What a fun "lighthearted" project GREAT work!
M

Wow. What a fantastic job.

And you're right that movie is full of awesomeness.

That was my first thought, too.

RPF PREMIUM MEMBER
I'd love a casting too!

RPF PREMIUM MEMBER
cast·ing/ˈkastiNG/
Noun:
An object made by pouring molten metal or other material into a mold.

Yes, it is also a noun :lol

Casting is a manufacturing process by which a liquid material is usually poured into a mold, which contains a hollow cavity of the desired shape, and then allowed to solidify. The solidified part is also known as a casting, which is ejected or broken out of the mold to complete the process. Casting materials are usually metals or various cold setting materials that cure after mixing two or more components together; examples are epoxy, concrete, plaster and clay. Casting is most often used for making complex shapes that would be otherwise difficult or uneconomical to make by other methods.[1]

I shortened the Lei by a couple of flowers and posted the pics in my collection thread so as not to repeat the same photos again here.

Keep asking my wife if she wants to go back and watch the film, and she keeps passing on it...

RPF PREMIUM MEMBER
I don't know whats more impressive, your prop or your copy of Quigley.


PoopaPapaPalps said:
I don't know whats more impressive, your prop or your copy of Quigley.
Click to expand...

lol that is a big difference.
for the hula girls and the movies

AParrette said:
lol that is a big difference.
for the hula girls and the movies
Click to expand...

Every time I go to rent it, it is either not in store or the other people in the "video party" don't want to watch it because they've judged it first :thumbsdown

Every time I go to rent it, it is either not in store or the other people in the "video party" don't want to watch it because they've judged it first :thumbsdown
Click to expand...

Ignore them, they have no taste :lol

There'a a reason why it's never in the store to rent :thumbsup