Looks like the scope is extended at the front and there's something covering the mystery disk. Obviously, the design is based on the Mauser C96 carbine (source):

I wonder if it'll be modified and become Han's DL-44, although that would be a bit weird since DL-44s have always looked like Han's, so maybe it'll just be a variant (like the E-11D).

Edit: this also explains why the scope is on the right side of the blaster: Woody Harrelson is left-handed.
Last edited: Apr 9, 2018

RPF PREMIUM MEMBER
I think it's more a nod to the multipart sniper rifle from The Naked Runner and The Sweeney. Both supplied by Bapty, who used the same bases for the ANH Mauser-based blasters. 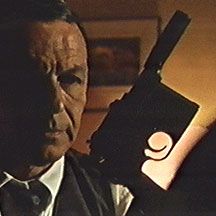 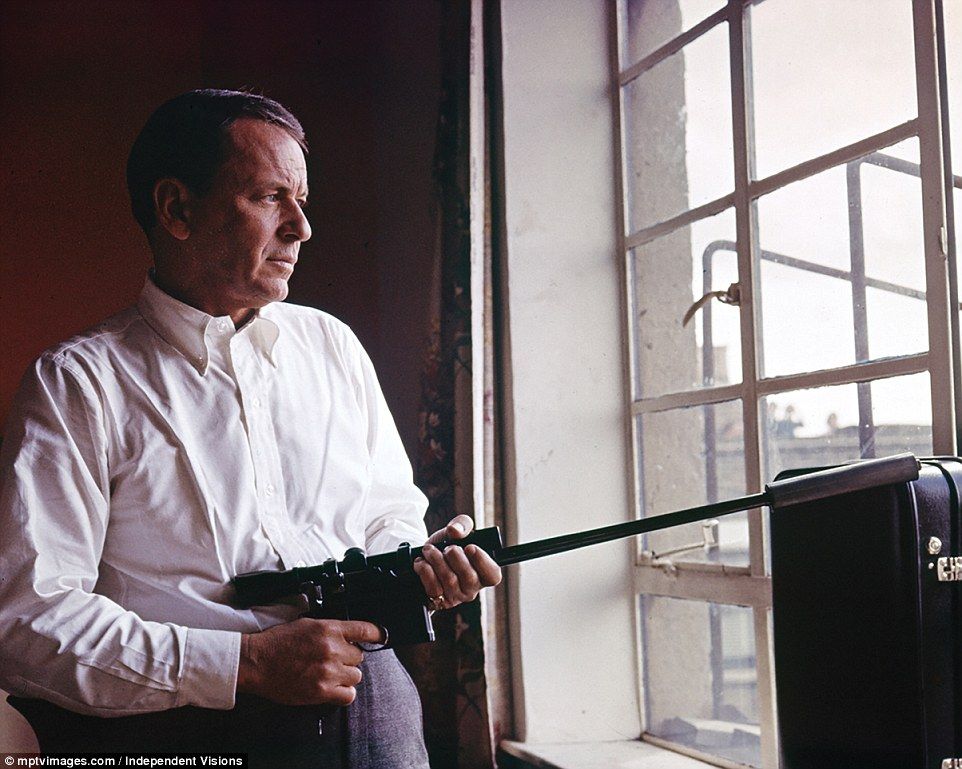 Sinatra's in The Naked Runner had the scope mount on the left side:

This was likely the receiver used for the Imperial blasters, as the resin blanks used as holster stuffers had sawn-off posts on the left side in those positions. I really am not sure how the scope changed sides. What I mean is they could have just drilled holes on the right side, but the mystery disc is the only indication of anything on the left side -- there's no matching feature toward the rear of the receiver.

My vote is for a blaster more resembling this, though, than the C96 carbine. The carbine had a fixed barrel, rather than this one's threaded/removable one. Plus the bull barrel to attach it was an aftermarket addition Bapty made, and isn't on any commercially-made C96.

Sorry for the poor photo, but this image appears in the Art of Solo book. Nothing obvious in the DK Guide. The Art book has a lot of images of Beckett's pistols, inc how they open for ammo, but no idea how much of this, if any, made the final prop. One more shot of the weapon from starwars.com 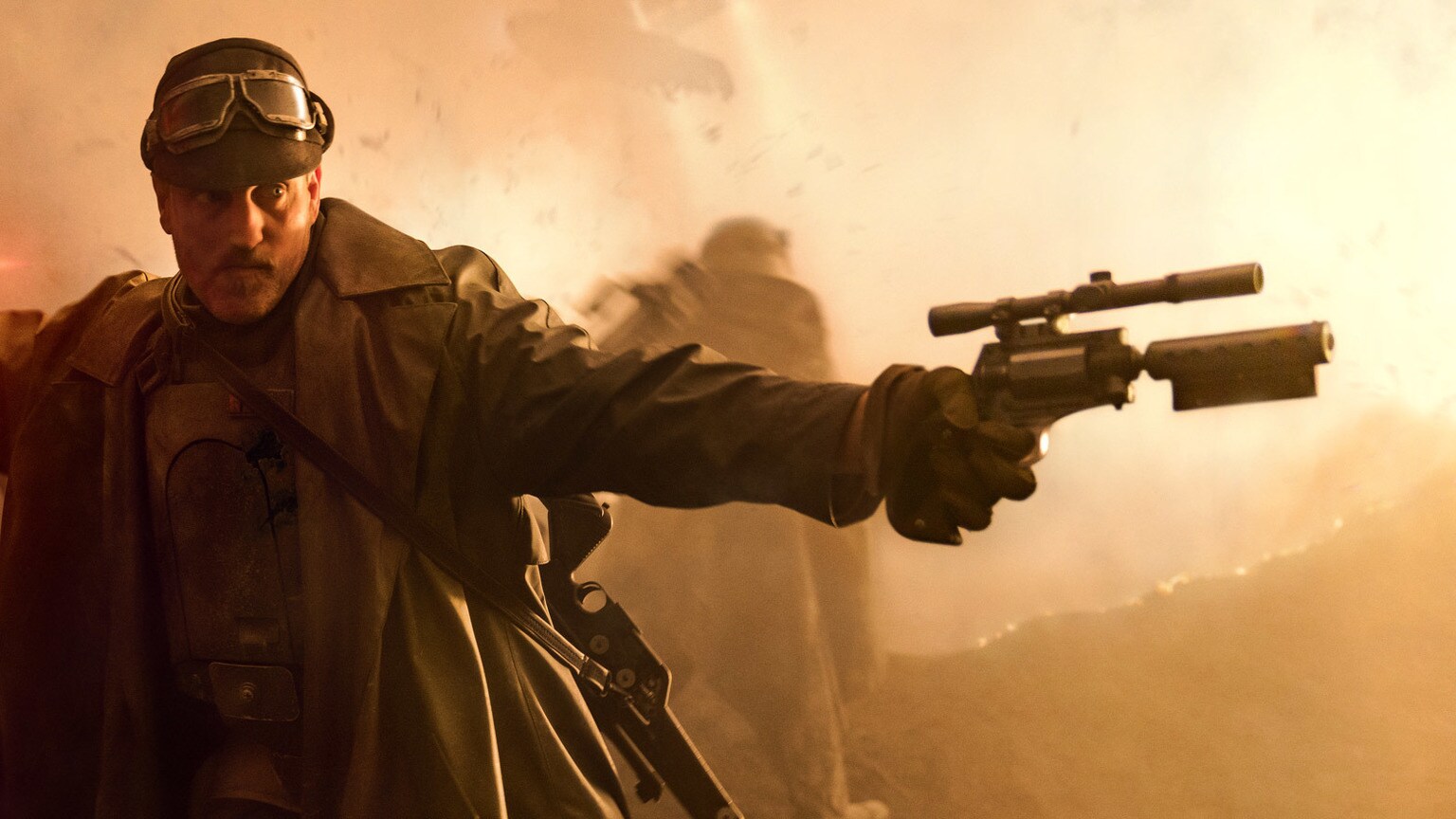 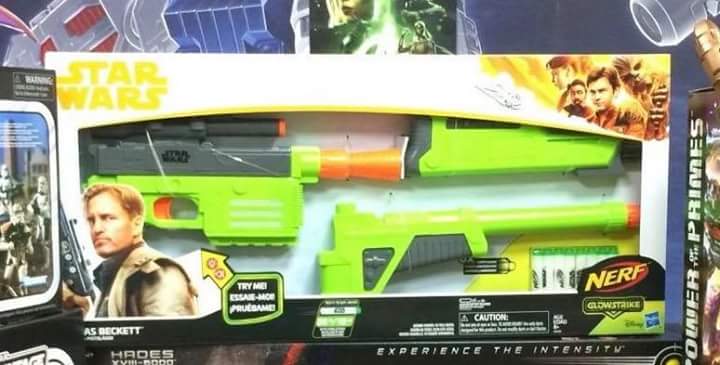 New pics of the DL-44 carbine as shown today on the Star Wars Show! 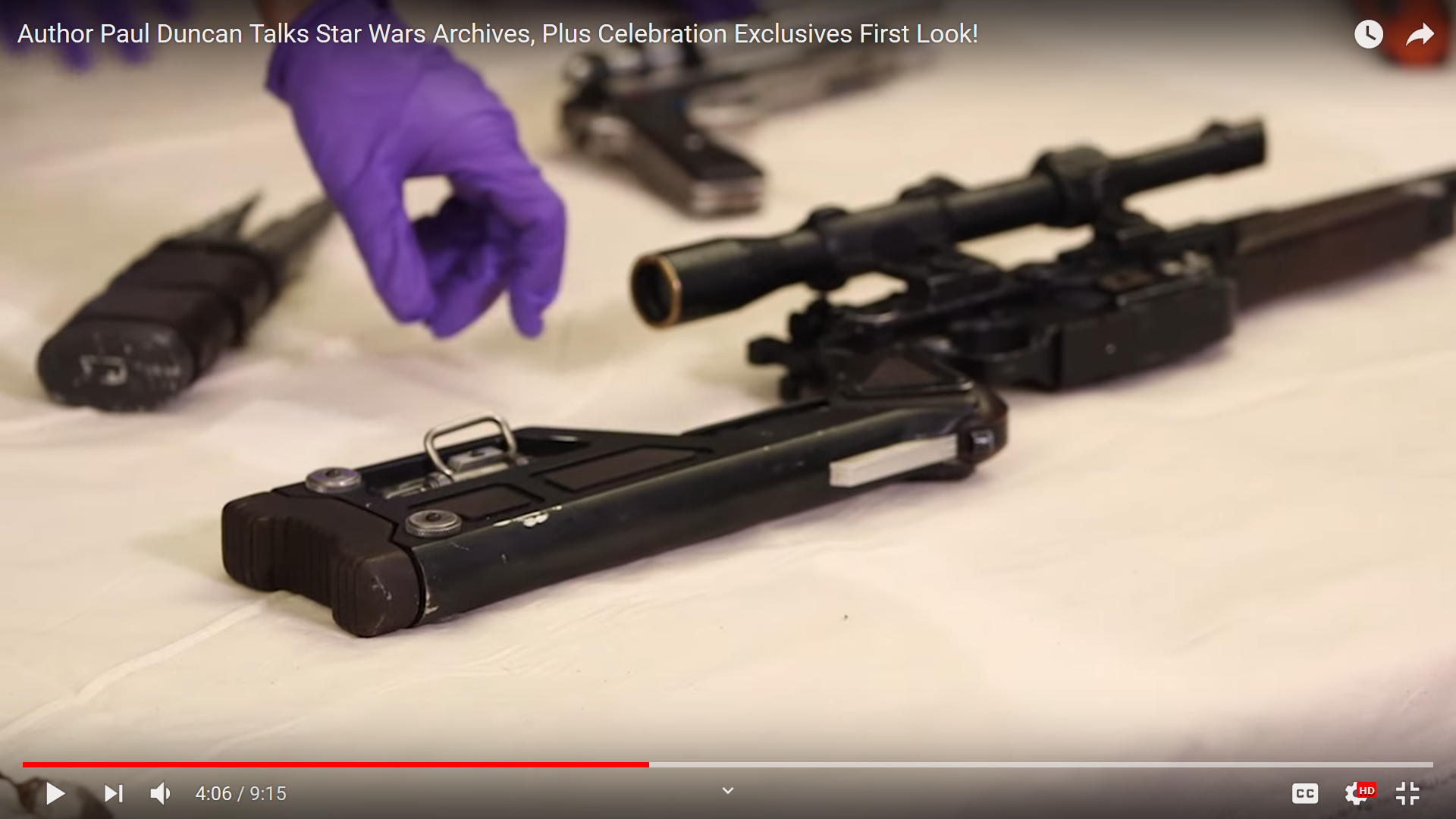 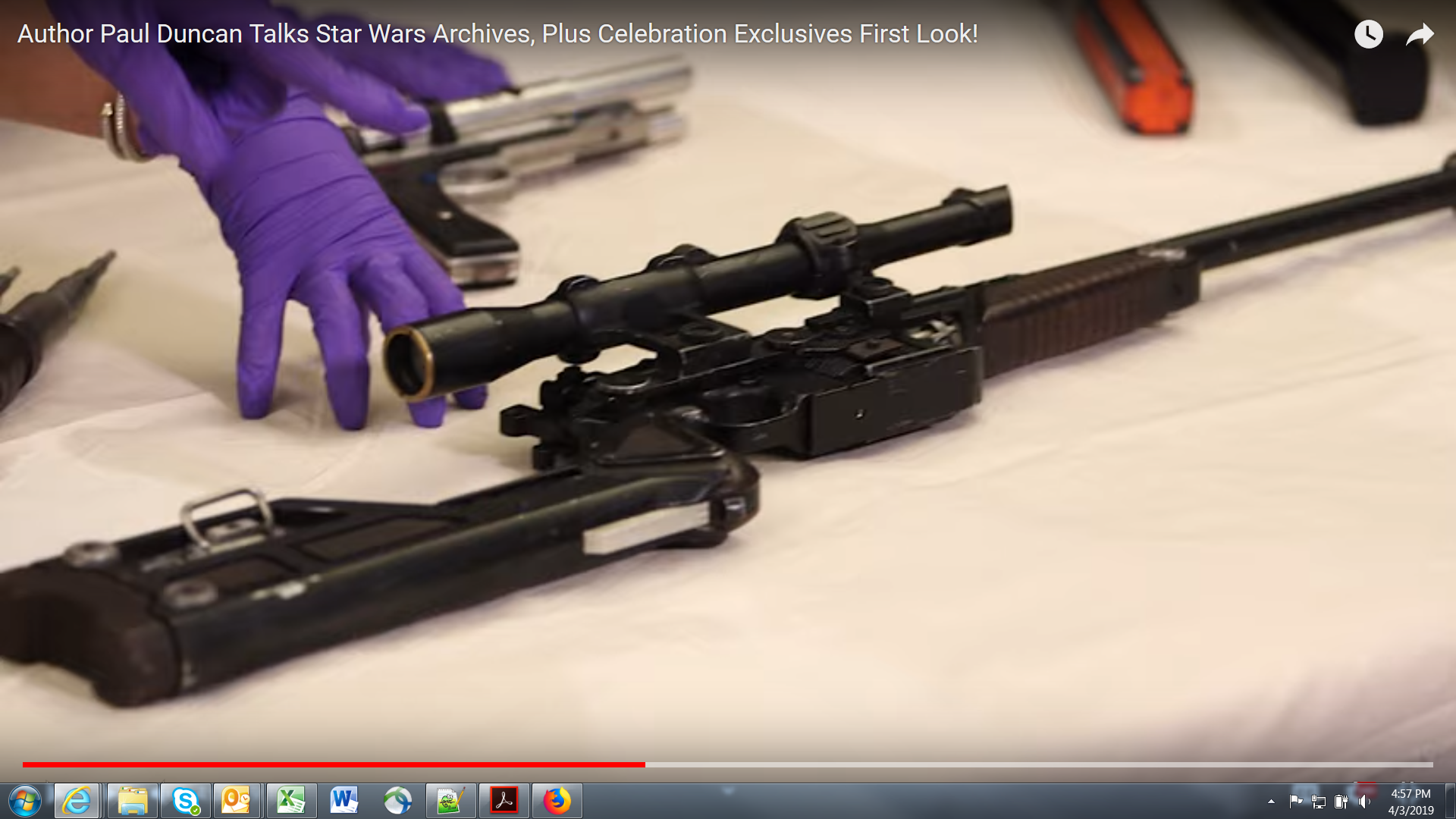 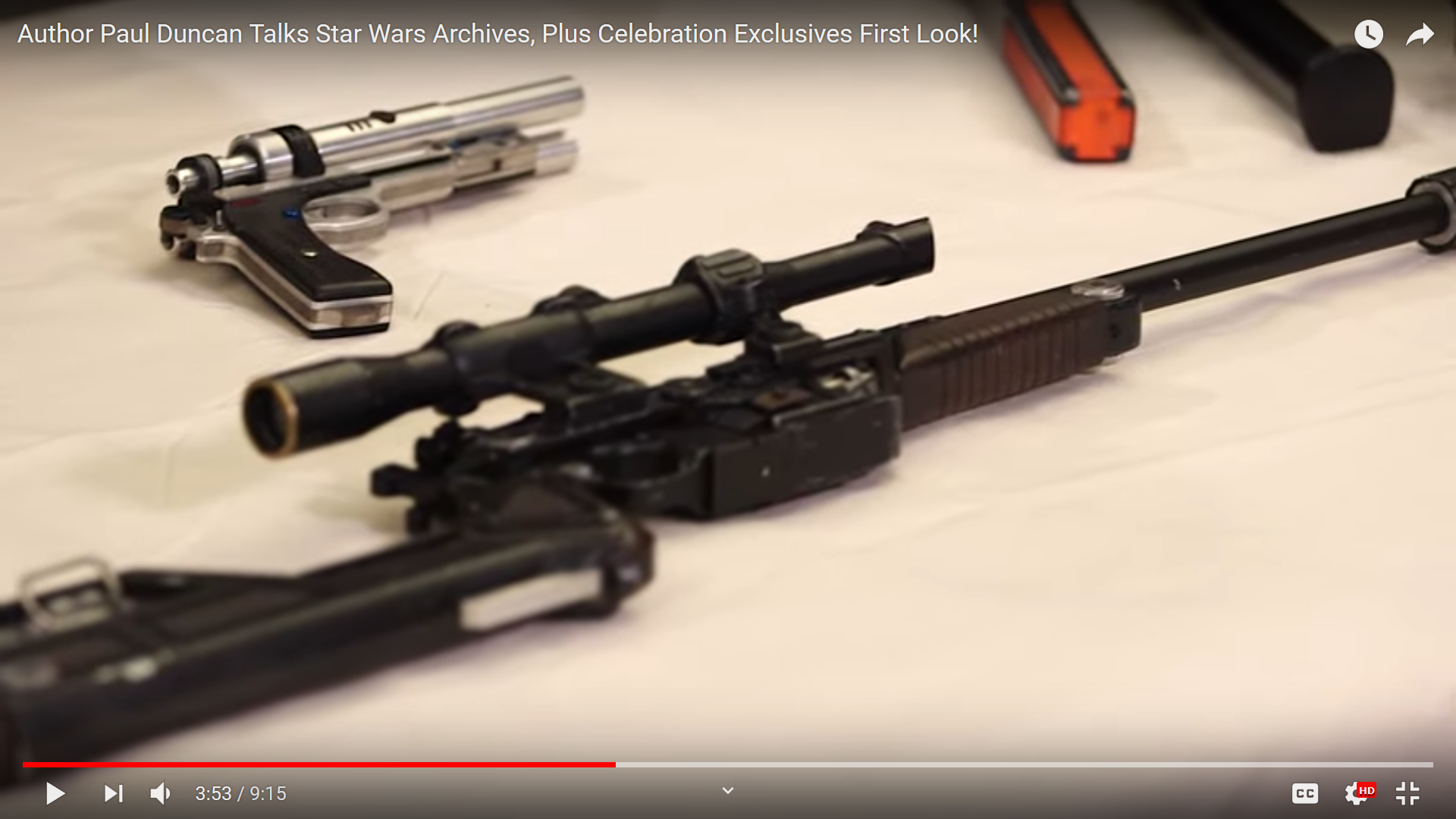 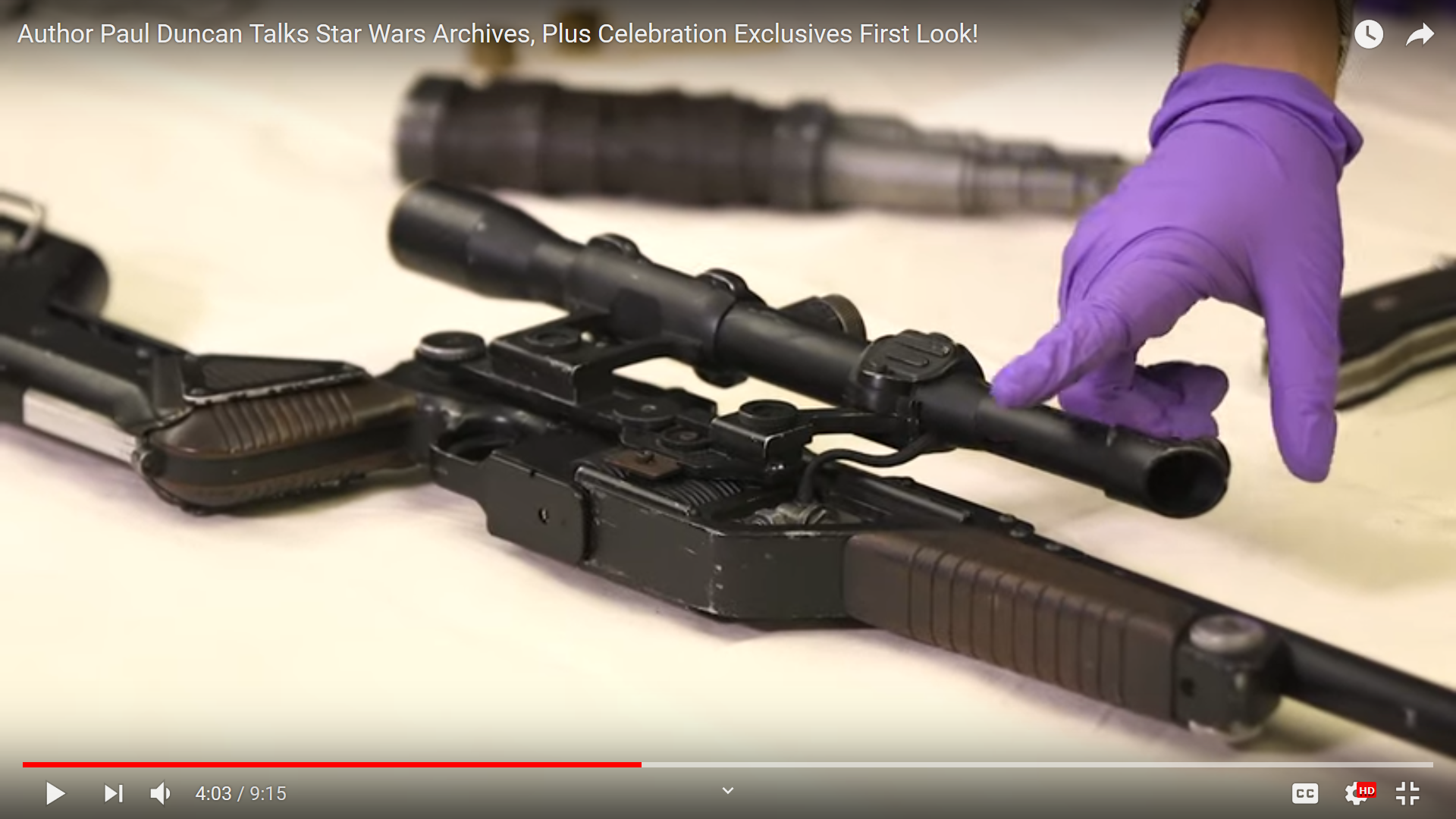 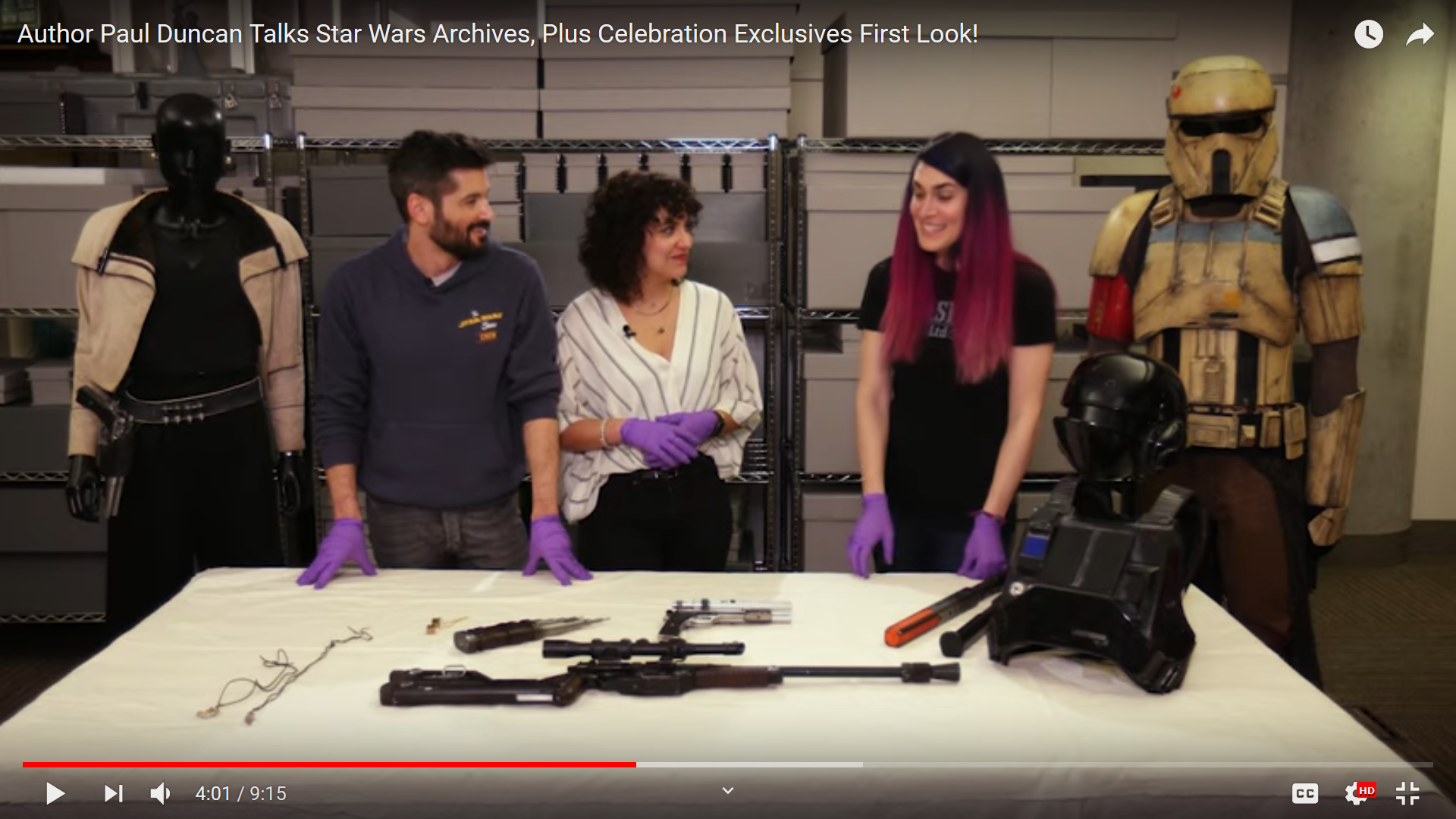 RPF PREMIUM MEMBER
Kievan Mereel, you utterly rock. Thanks for posting that. 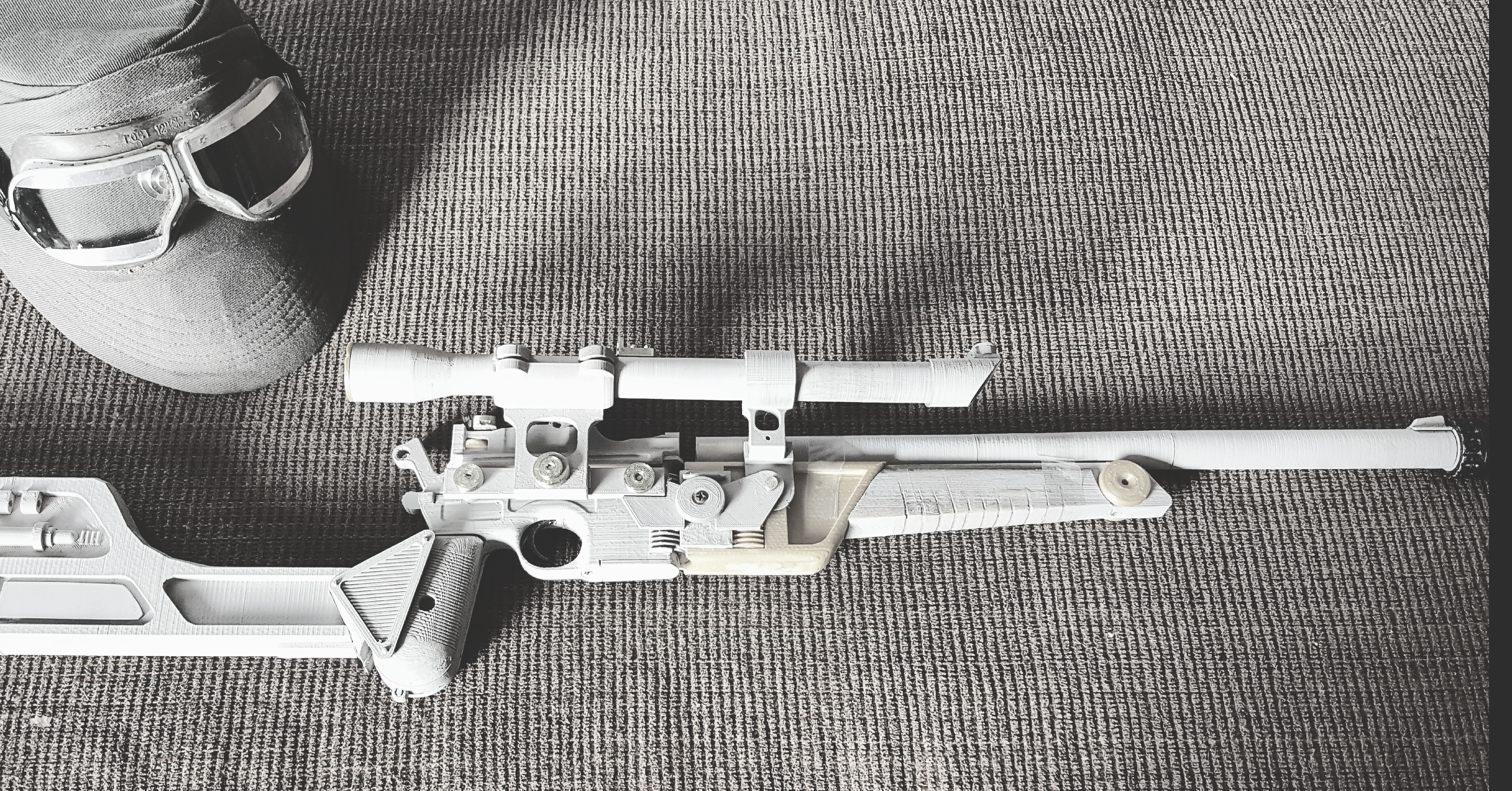 RPF PREMIUM MEMBER
Where does this print come from?

Anakin Starkiller said:
Where does this print come from?
Click to expand...

A builder published on Thingverse I think and a guy on FB printed it for me. I'm still trying to adjust a bunch of details.

I need a better pic of this greeble, if anyone can find one. 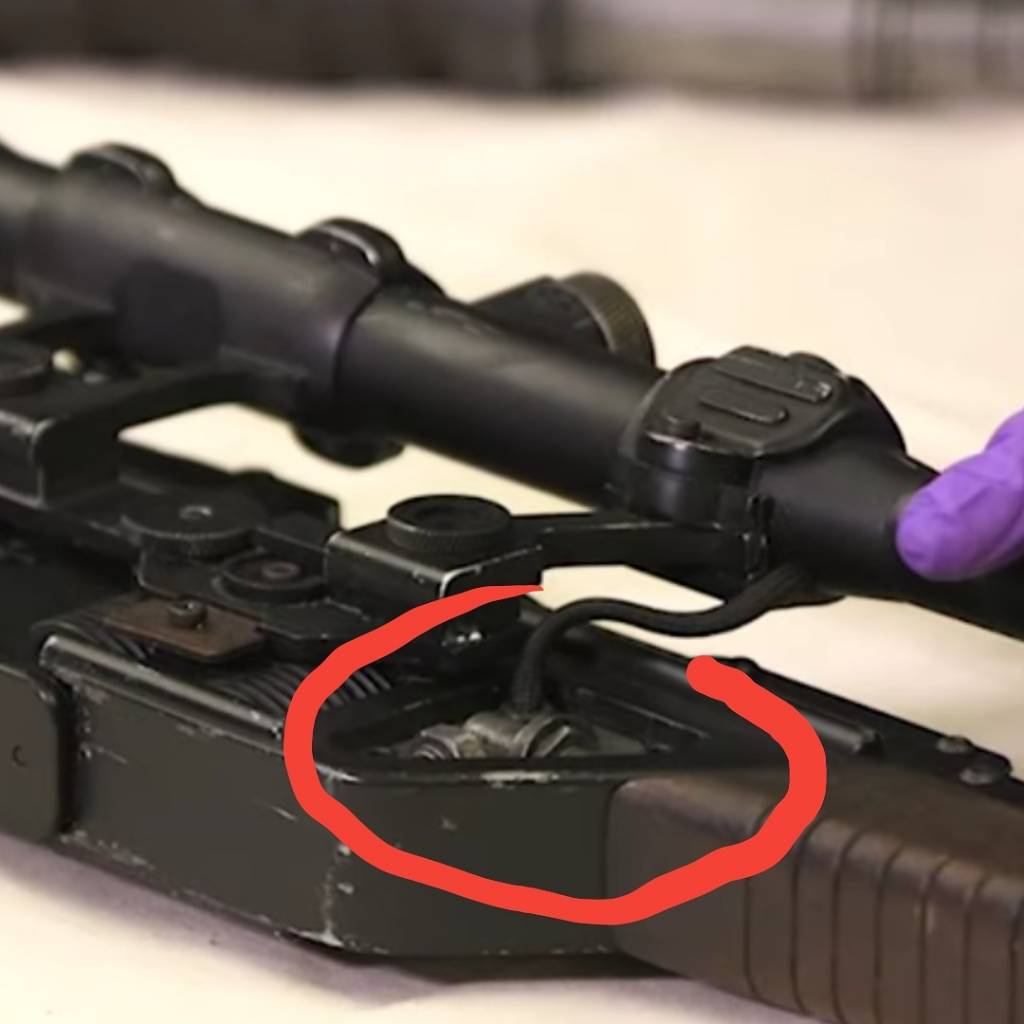 looks awesome! I edit: thought this was a pic from production!

thd9791 said:
I'm unable to find that scene - I remember it seeming like the flash hider had a magnet in it that got it to snap into place
Click to expand...

It's before train heist around the campfire.

Pedro said:
looks awesome! I edit: thought this was a pic from production!
Click to expand...

You are very kind! Thanks! 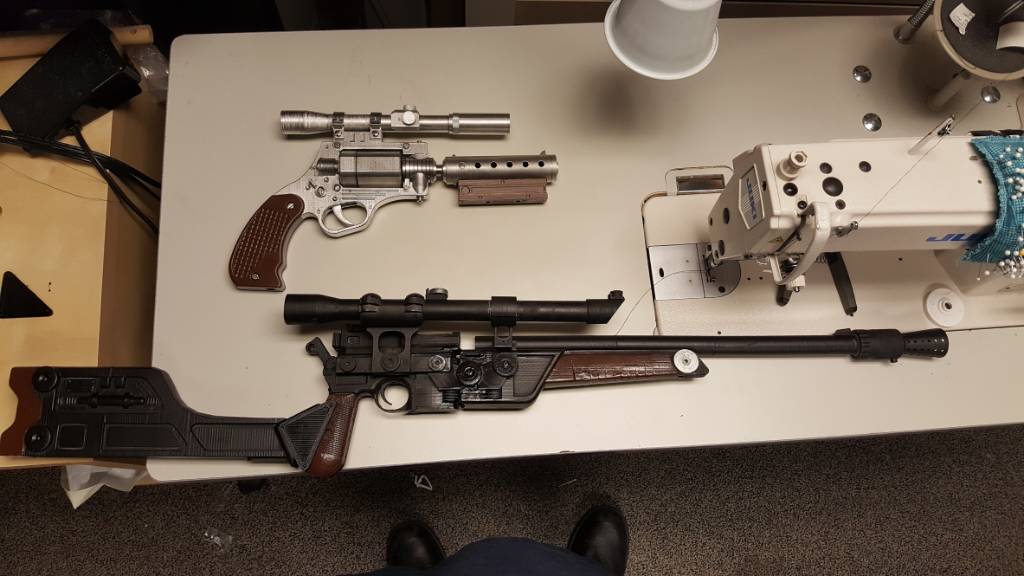 Here's a higher-res image of the Nerf Beckett blaster. It's got a great side-on profile of the carbine, but the sling mount is covering the greeblies requested. 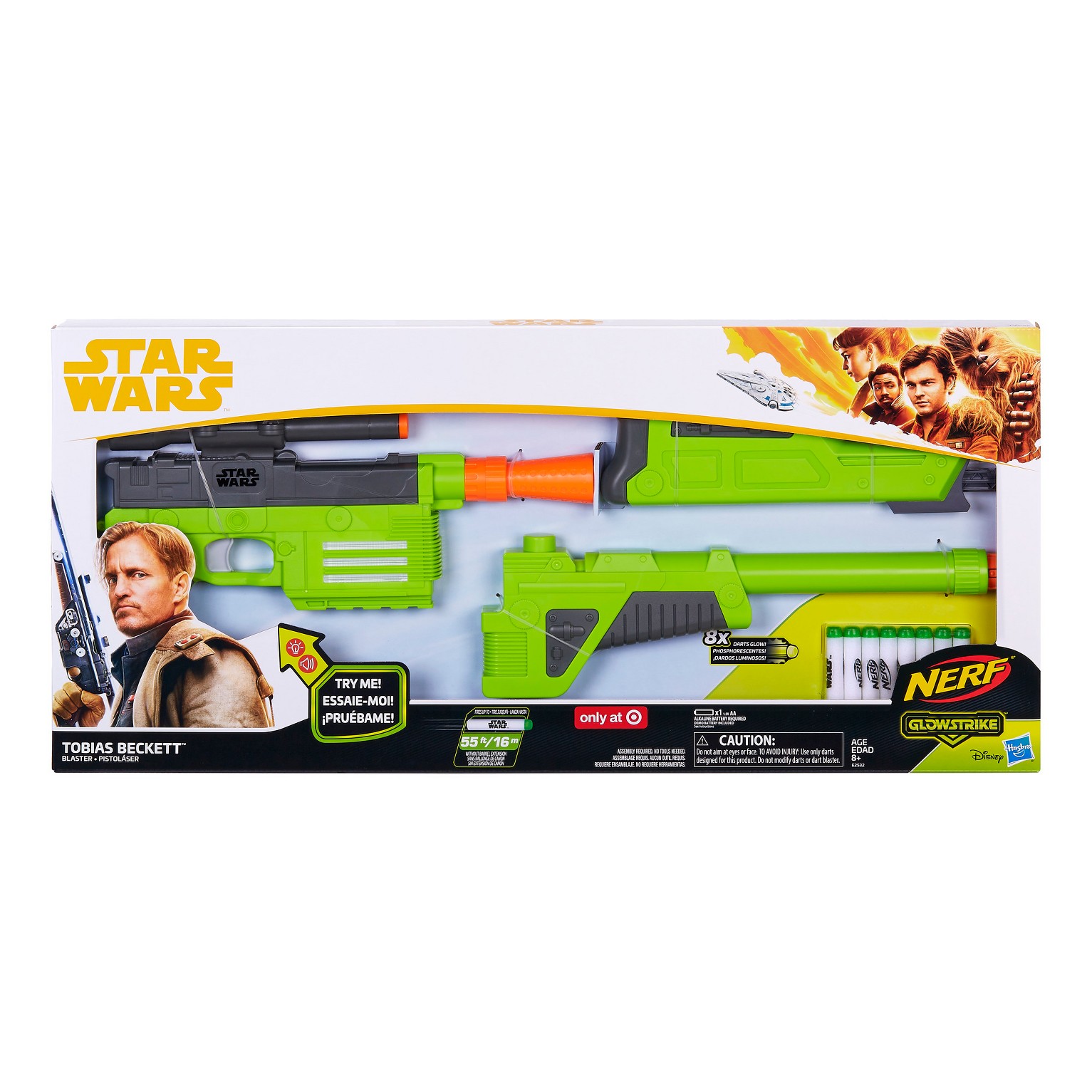 RPF PREMIUM MEMBER
I actually picked up one of these Nerf blasters a couple days ago for $12 at Ross! My kids won’t let me have it back.

There’s a pic on the back that shows the full barrel, here’s a quick snap.

If anyone is interested I can post the side view diagram from the instructions. It’s out of whack and not accurate of course...

RPF PREMIUM MEMBER
Closer pics of the details for you.

Sabacc Night with the boys...