So, I'm suddenly thinking a Poe Dameron costume is a good idea

Yes, that grinding sound you hear is me changing gears. (ADHD causes this to happen often). Tomorrow it may be something else.

"Permission to jump in an x-wing and blow stuff up!"

Anyway, I suddenly got the idea to (try to) make a Poe Dameron costume. I found an older thread on the holster, but it wasn't complete at the time. Hopefully an update will be posted!

I see two basic versions of the costume: "street clothes" and his flight suit. I figure the flight suit will be easier, since there are so many Luke suit parts around, and just the details vary (as far as I can tell). His street clothes include a nice looking jacket (which was sort of the inspiration on this) with a Rebel patch on the left sleeve, the shirt(s), pants and boots. Then the blaster and holster. Not a lot of "stuff" on the belt from what I can tell, but I could be way off on this. My initial efforts are on the "Street clothes" version at the moment. 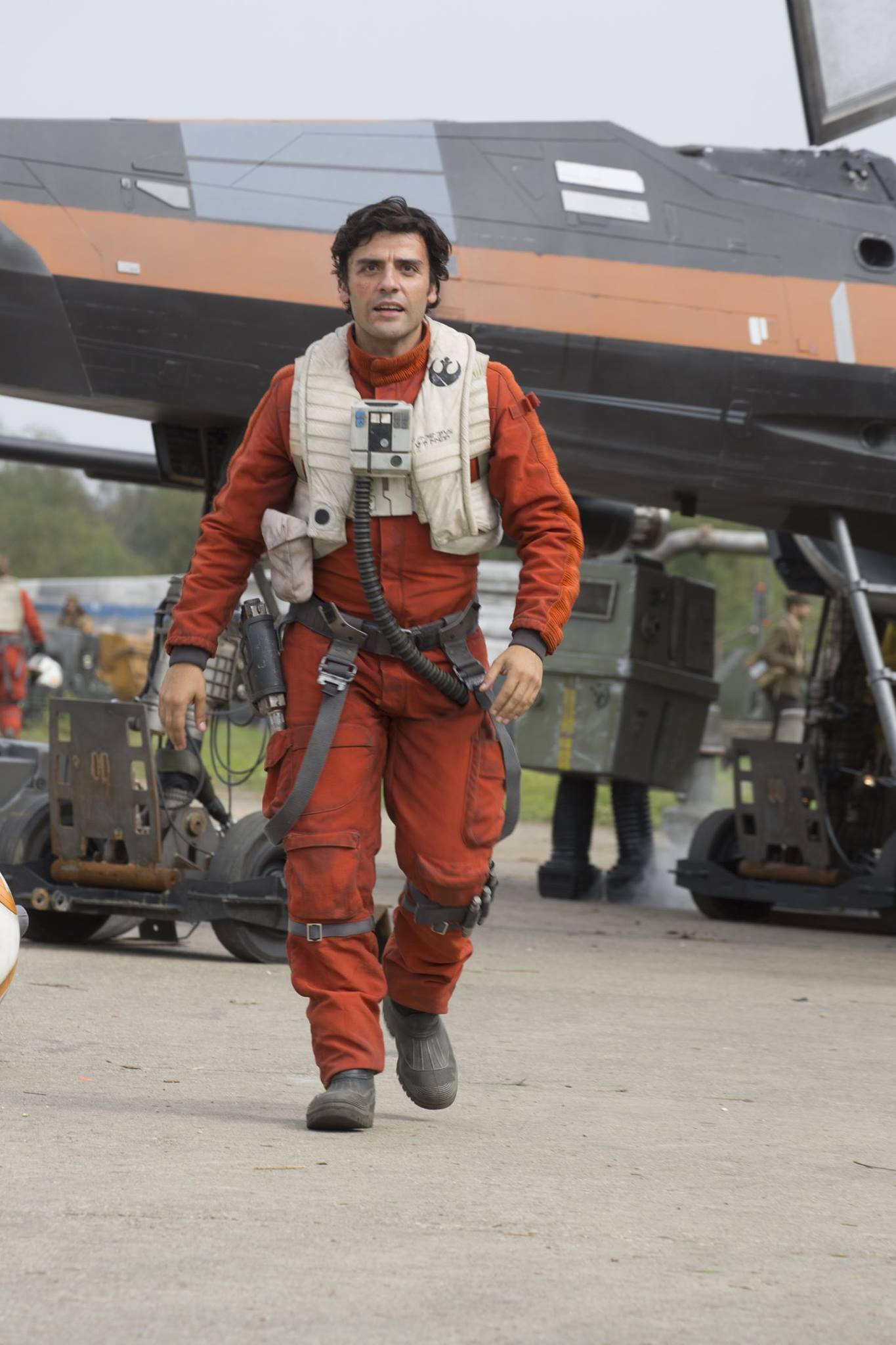 Has anyone done this costume and/or components, or can point me in the right direction for information overload? I am not willing to go "full mortgage" on this, as I am likely to do with the Han Solo ANH outfit. But I would like it to be good quality and convincing, like my Indy costume is. Basically spending the money where it needs to be spent, and saving where "close enough" is just fine.

Ok I’m about to “pull the trigger” (ha get it!) on a Nerf blaster that is held in high regard for some reason (even on the rebel site as acceptable after paint) despite it being a bit larger than the prop.

I may still get it, and then paint and weather it, for the experience.

But the screen prop is based on the Sig Sauer 226, which I have a copy of, but rather than scrap a real pistol I thought an air soft conversion made a lot more sense. (They have a very convincing feel as I’ve handled one before and was rather amazed by it) But only the lower of the Sig is used- I would need accurately made upper/forward parts to mate with the air soft lower. Is anyone making the rest of the blaster in the correct scale, so I could work this out?

I may harvest the lights and sounds from the Nerf and transplant them, but that’s not a big deal. If the “upper” was solid I could mill it to slide into the lower and be retained by the take down lever (although it is covered on the prop)... maybe I can make it work such that it could be turned back into an air soft if desired.

The two big screws above the “magazine” of the prop may pass through/into the lower ahead of the trigger guard. Maybe the rear one only (it wouldn’t take much to secure it). The Sig lower is aluminum so easy to work. Air soft is too.

Any comments? Any really nice, clear stills or screen captures others can share? When/if I work this out, I can share here so others could make one if they wanted to.

I have ordered the air soft and the nerf.

I’m chatting with someone on eBay (maybe a member here?) that sells a print to see if I can mate the print with the air soft lower, but he’s not sure of the scale.

I found some other files to download, but I don’t know how to get a “drawing” before I print it. A co-worker can print, so I’m going to bother him again. Once I know where it is, I can scale it (well, HE can) and print it out. Maybe the print could be modified so I don’t have to machine it, but I’m thinking adding a steel strip to run in the lower (as the slide did) would be stronger and slide nicer. Getting ahead of myself a bit but thinking about it.

Spoke with my co-worker today, and it turns out he doesn't drink beer... but he does drink "cash". I think I can work with that.

Once the toys arrive we can have a follow-up conversation. I think he likes the idea it's not a blaster that is readily available, like Han's is (in varying degrees of sanity). I have high hopes it turns out really "feeling" as the Mauser based basters do.

Now, another thought that crossed my mind is maybe in this case, the prop guys made one prop from "real" parts and then made a pile of castings for everyone to run around with. There aren't and really sharp, clear, nice photos of the blaster that I've found yet. They all look like painted resin to me. I may end up with a nicer prop than was used for filming...

On the top of the holster, there are three pockets "The upper part of the holster features three loops in tan to natural cotton canvas webbing with three “energy pellet” greeblies, just below the beltling"

What the heck are those "Energy Pellets"? I can't find a decent picture or description. Are they the air hose barb quick connectors?

As far as I can tell, the three things on the holster top ARE the barbs. I'm planning to order a bunch of them from the UK if anyone needs a few.

Today, I received the Sig 226 airsoft pistol. Not as nice as the one I handled at a local army/navy place (where I recently picked up a cool belt for $5) but certainly good for the price (under $20) and I'm only using part of it anyway for the blaster build. The NERF one is here too, but I haven't had a chance to open that yet.

Now to figure out how to take it apart without destroying it...

I did unbox and play with the nerf for 32 seconds. It's pretty big- not toy size. Not for a little person either. Many warnings in many languages on it. No arbesh however.

That's as far as I got with that.

I really can't say much for Poe's TFA civilian outfit, but the Resistance X-wing pilot suit is actually very different from the OT (Luke) Rebel X-wing pilot suit. I made one of the suits for myself a few years back and I can say that there's quite a bit more too it than OT flightsuit.

The Nerf "Poe Dameron Blaster" actually does make a pretty good replica. It's a little bit bigger than accurate but not by much, its details are pretty good and it can really look the part once painted up. I painted one up for myself and made a holster for it, too, and it definitely looks the part.

Thanks for the comments.

I did notice the flight suit is quite a bit more involved than the OT ones. And I wasn't seeing much support in the costume community- most focus on Luke's OT suit, which makes sense- they will sell a lot of those! The street clothes version seems easier to accomplish, due to more support.

I'm trying to stay focused on the blaster for the moment. There is not a ton of reference material on that either, so it's going slower. But I think it will be a good item when finished. Hopefully.

Got a couple grabs of the left shoulder patch tonight. I’m leaving these here for future reference. 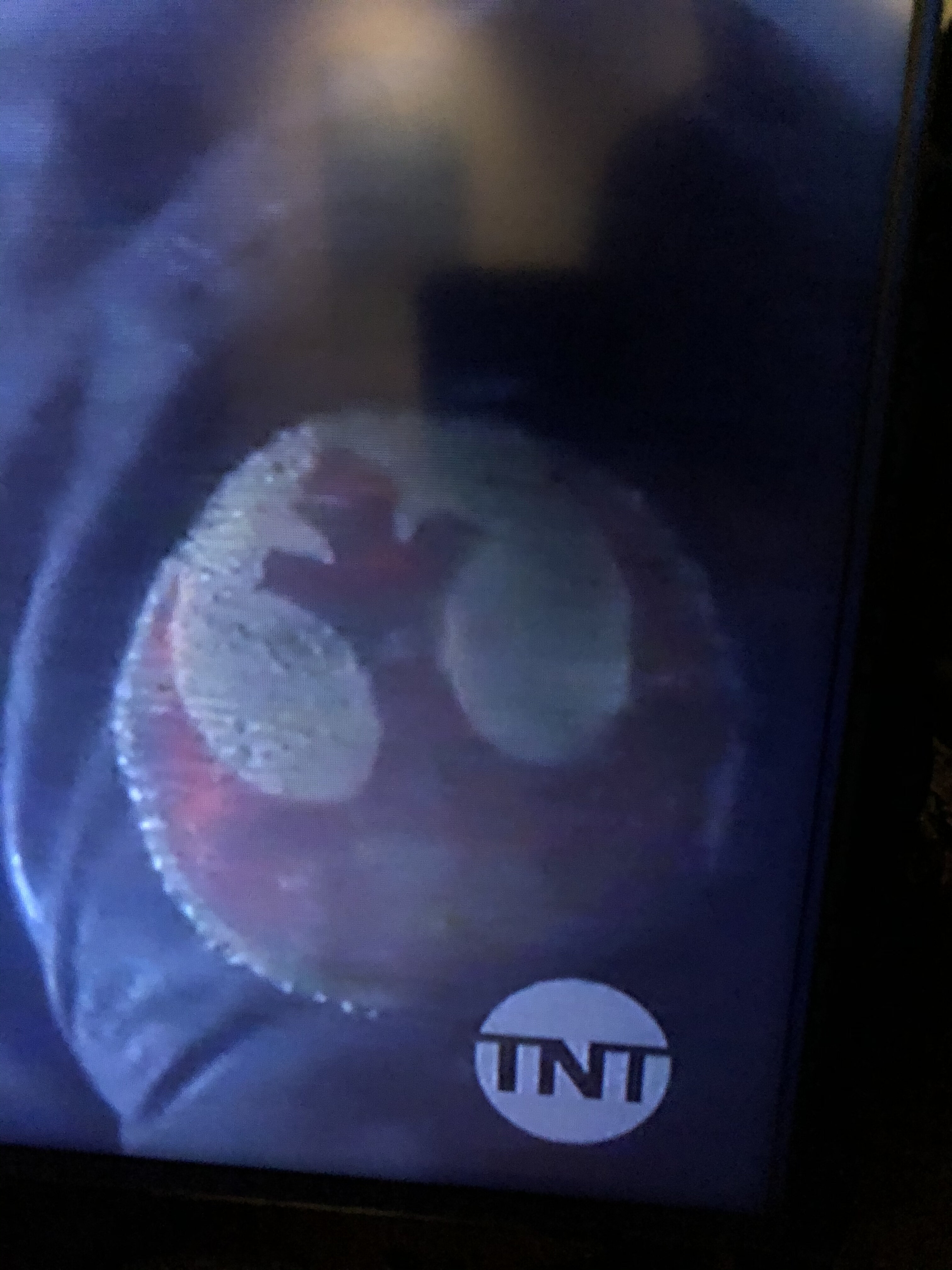 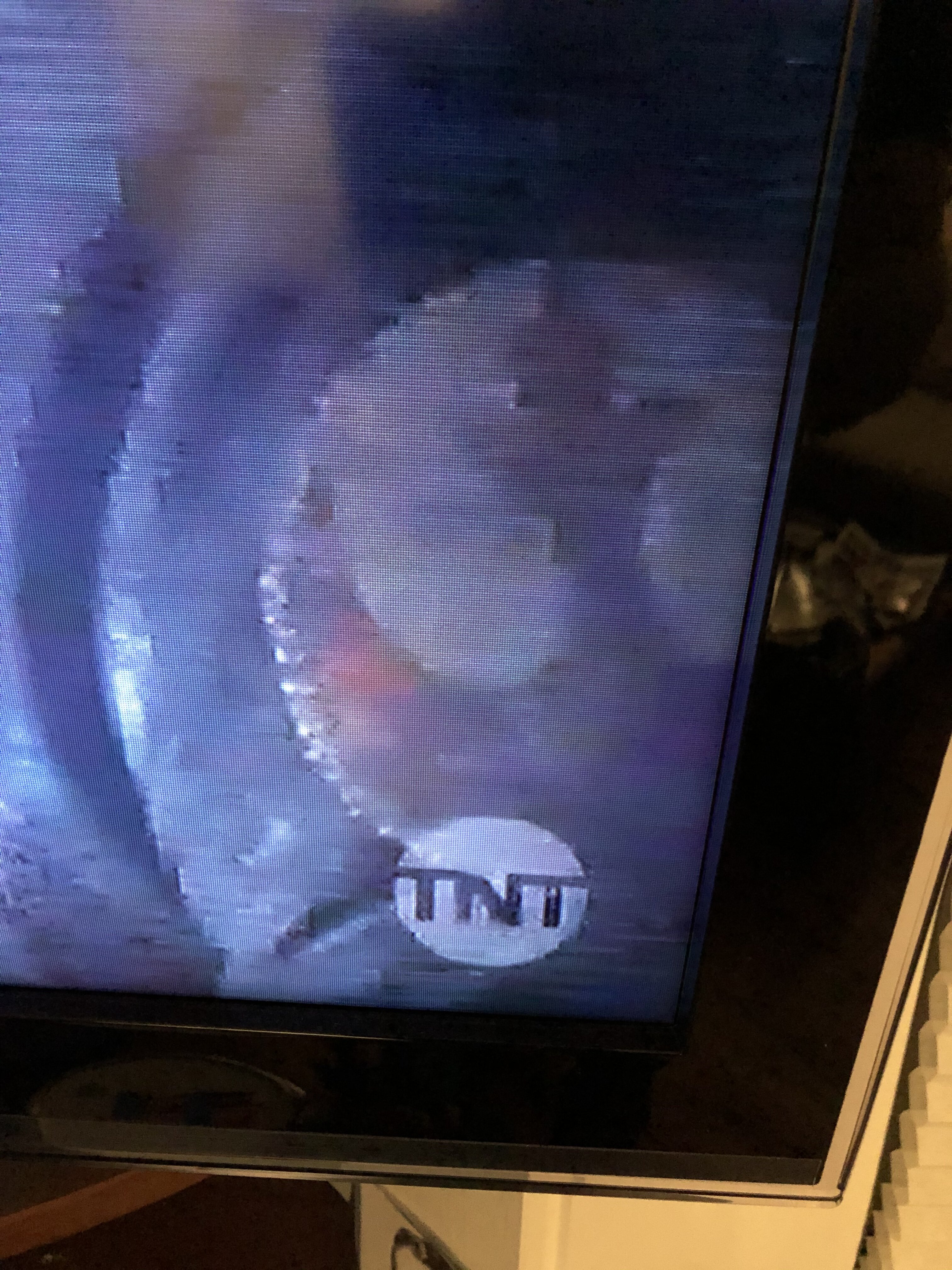 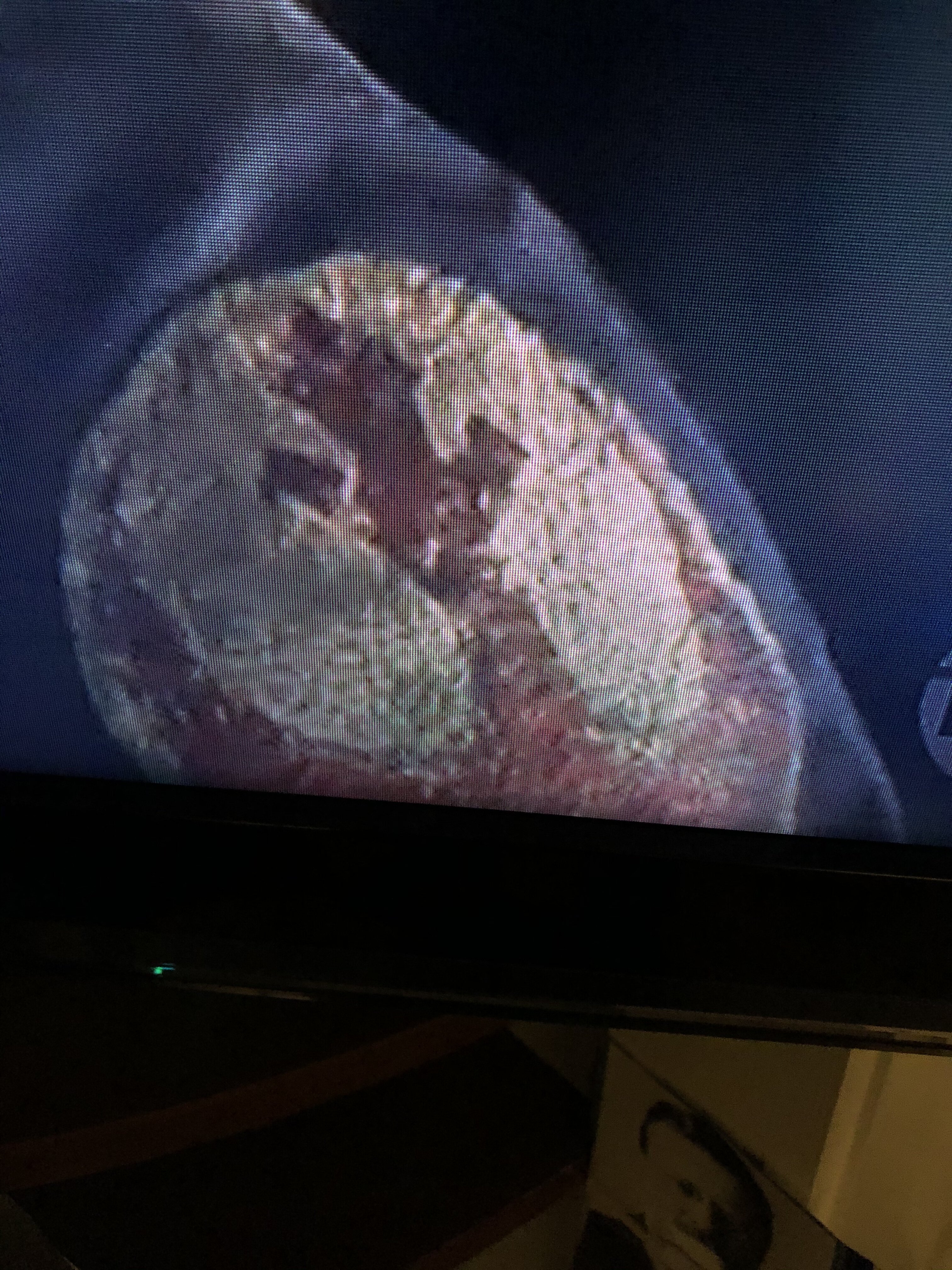 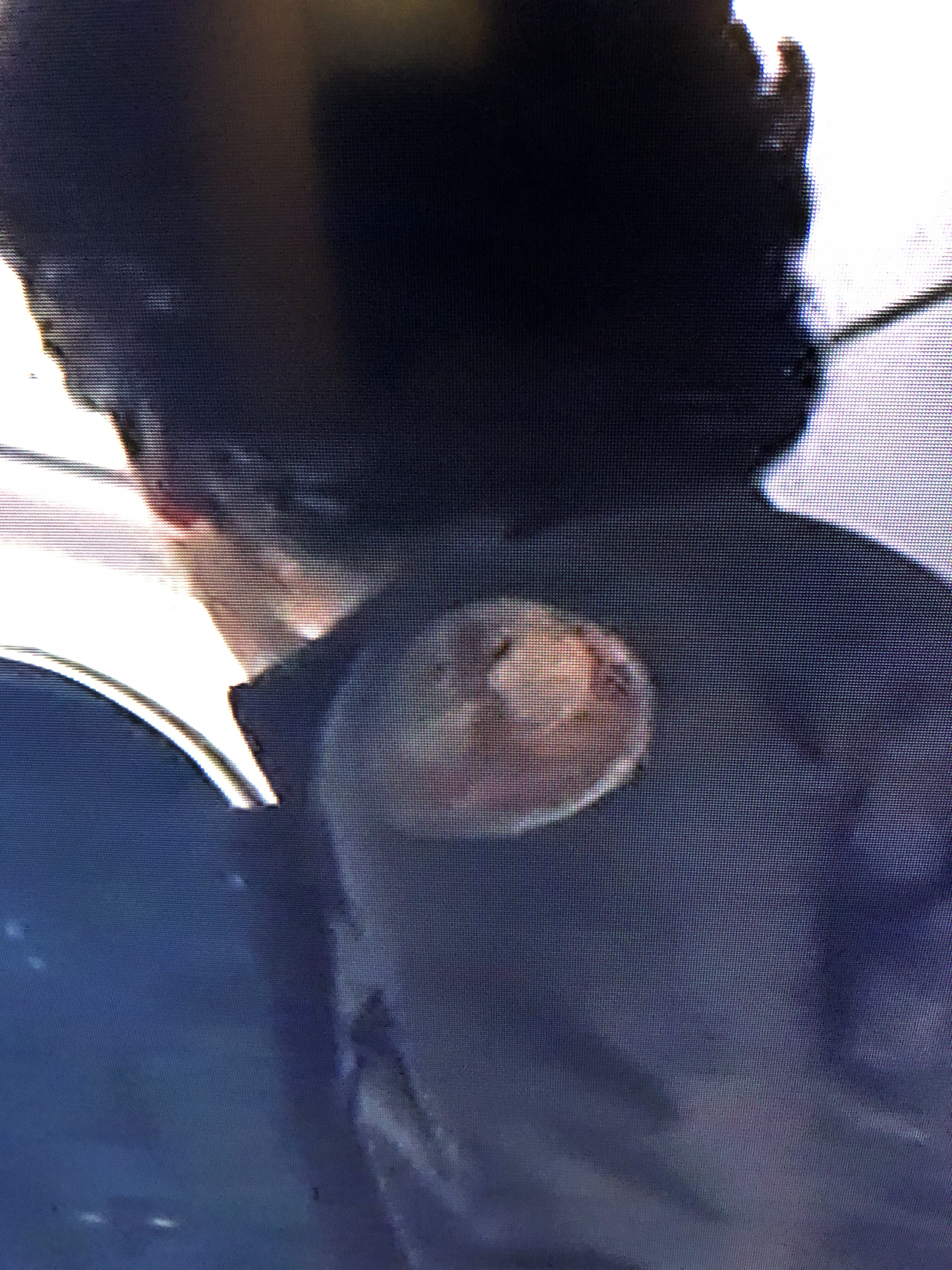 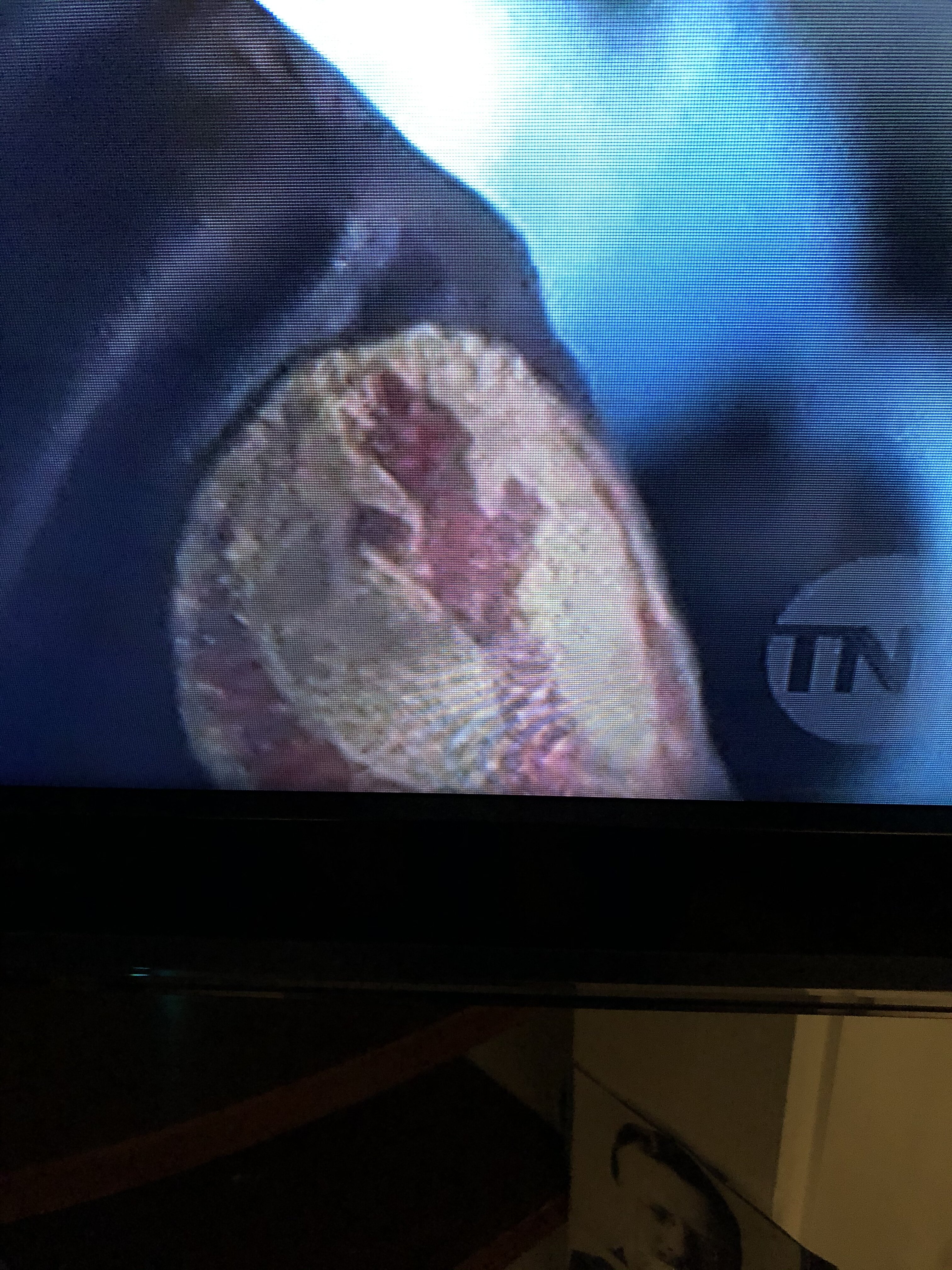 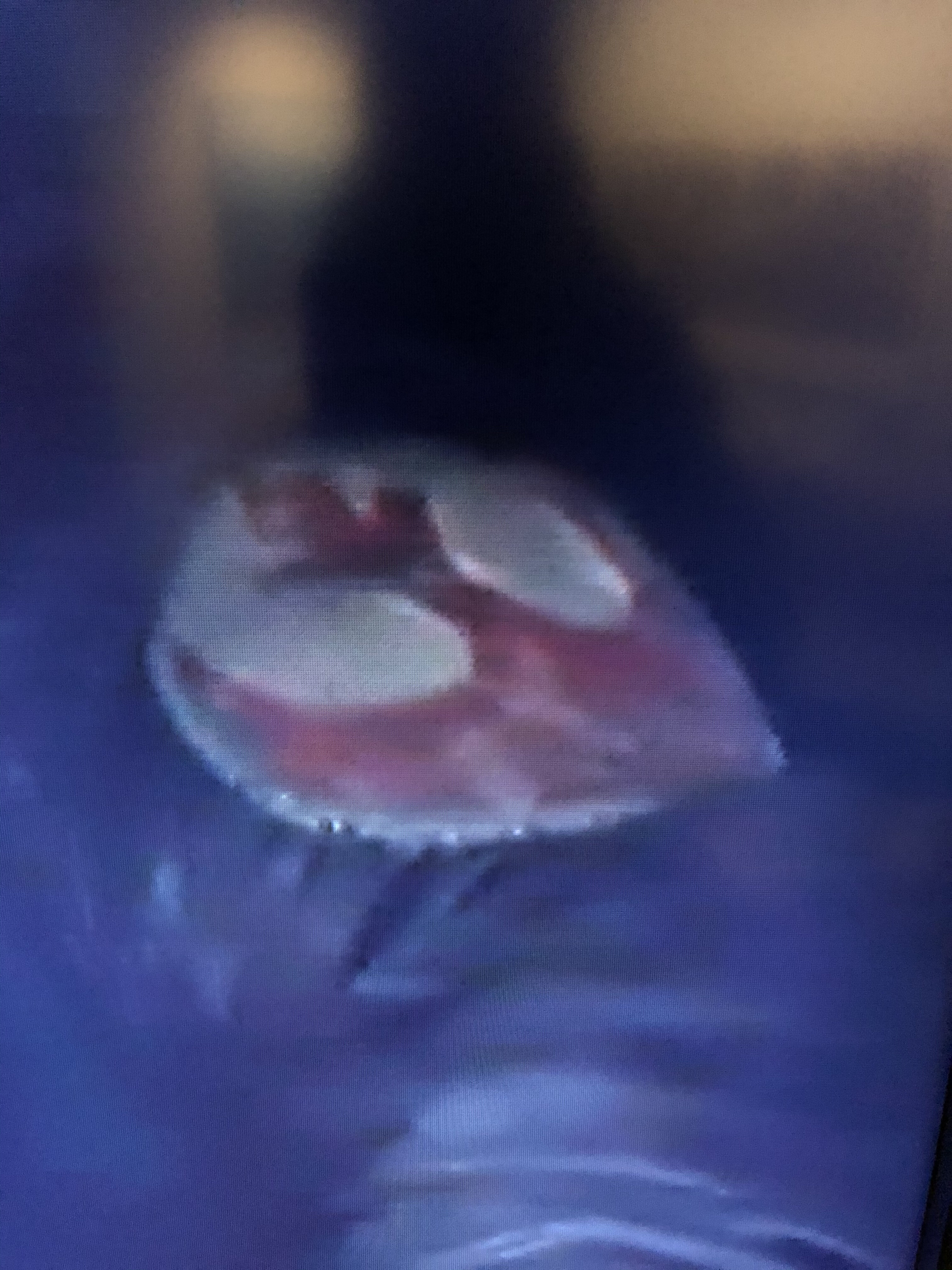 Ok. I wanted to make everyone (that cares) aware of something. The Black Diamond gloves that Poe wears in the last Jedi movie have changed. They are very similar, but different. The currently available ones do not match the screen used ones. You have to find old stock. 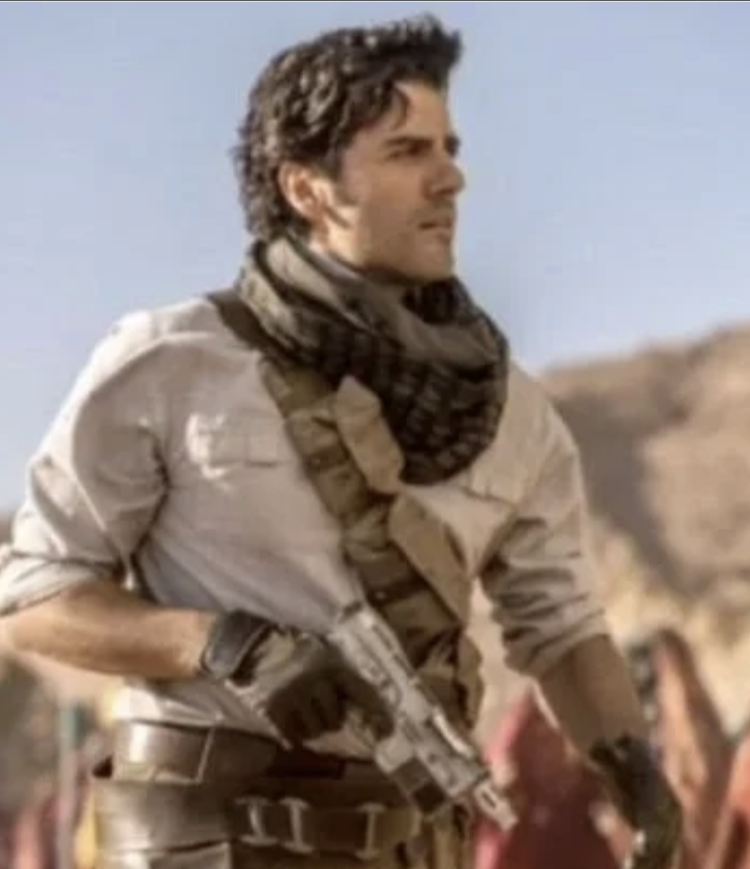 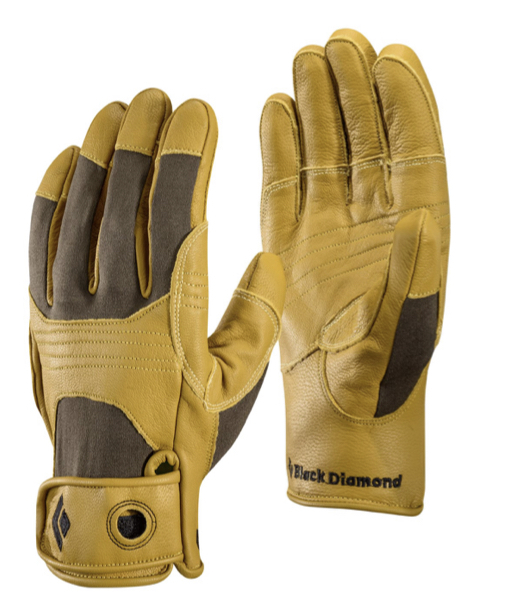 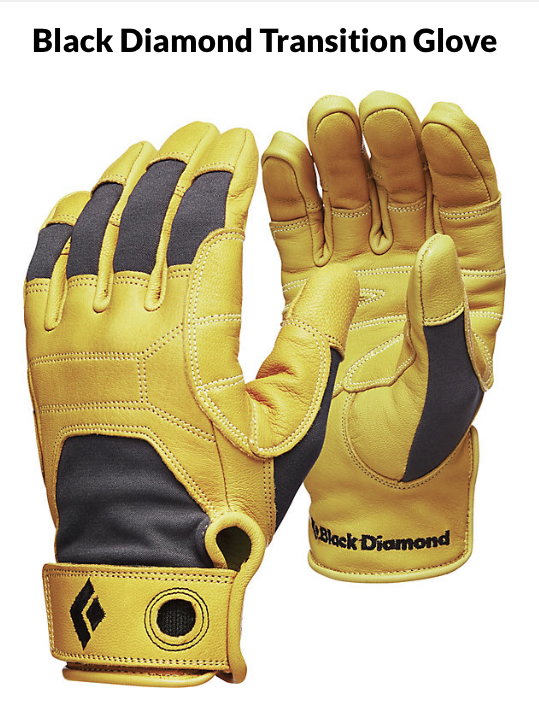 I picked up a pair of medium (might be too small) ones last night here:

A full-fingered leather glove with breathable stretch fabric, designed for via ferrata and belaying. Imported.
www.outlandusa.com

Note there is a 20% off coupon you can use as well. If you are medium or smaller, grab ‘em now!!!

I just realized, re-reading above, that I haven’t posted any progress on the outfit!

I have a pair of Austrian military cargo pants inbound. These have a couple details right:

Cargo pockets
Color (I think they are olive drab)

Pockets will be ripped off and will be sacrificed to the “clothing dye” gods to see if I can brown the pants without making them look like, well, poop.

Ialso got some Chinesium leather boots on their way. They offer them in black for Poe but I spoke with the seller and I’m betting a brown pair. They need to be chocolate brown so I’ll deal with that (if needed) when they arrive.

So, I need the jacket, shirt, belt, holster and my blaster sorted out. I’d like to try making the holster if I could get a pattern... I’m getting into leather work now.

I ordered my holster today. It has been ordered via Etsy from DarmansProps. I had found it myself, and then received an unsolicited endorsement from a member here of the quality of his work. That's good enough for me!

Plus I added up the cost of materials and tools to (try and) do it myself, and it will take longer, cost more, and not be as nice as this one. Plus I don't have a pattern.

So, what the heck.

I ended up receiving the NEW version gloves, not the OLD version (correct) gloves. So, it seems if you haven't ordered yet, don't bother. I have asked if I can exchange for what is shown on their site, and received an auto-response on their return policies... Hopefully a person actually reads my note and replies.

EDIT- OutlandUSA has got back to me and they have not updated their web photo, so they do not have any of the old version gloves, shown on their website.

So, if anyone has a pair, new or used, of the OLD version gloves, please reach out to me. The Medium do fit me (snugly) and a large should be my correct size, although I prefer tighter over looser. I had planned to saok the medium down with neatsfoot oil and wear them until they dry, which would mold them to my hands like a second skin. 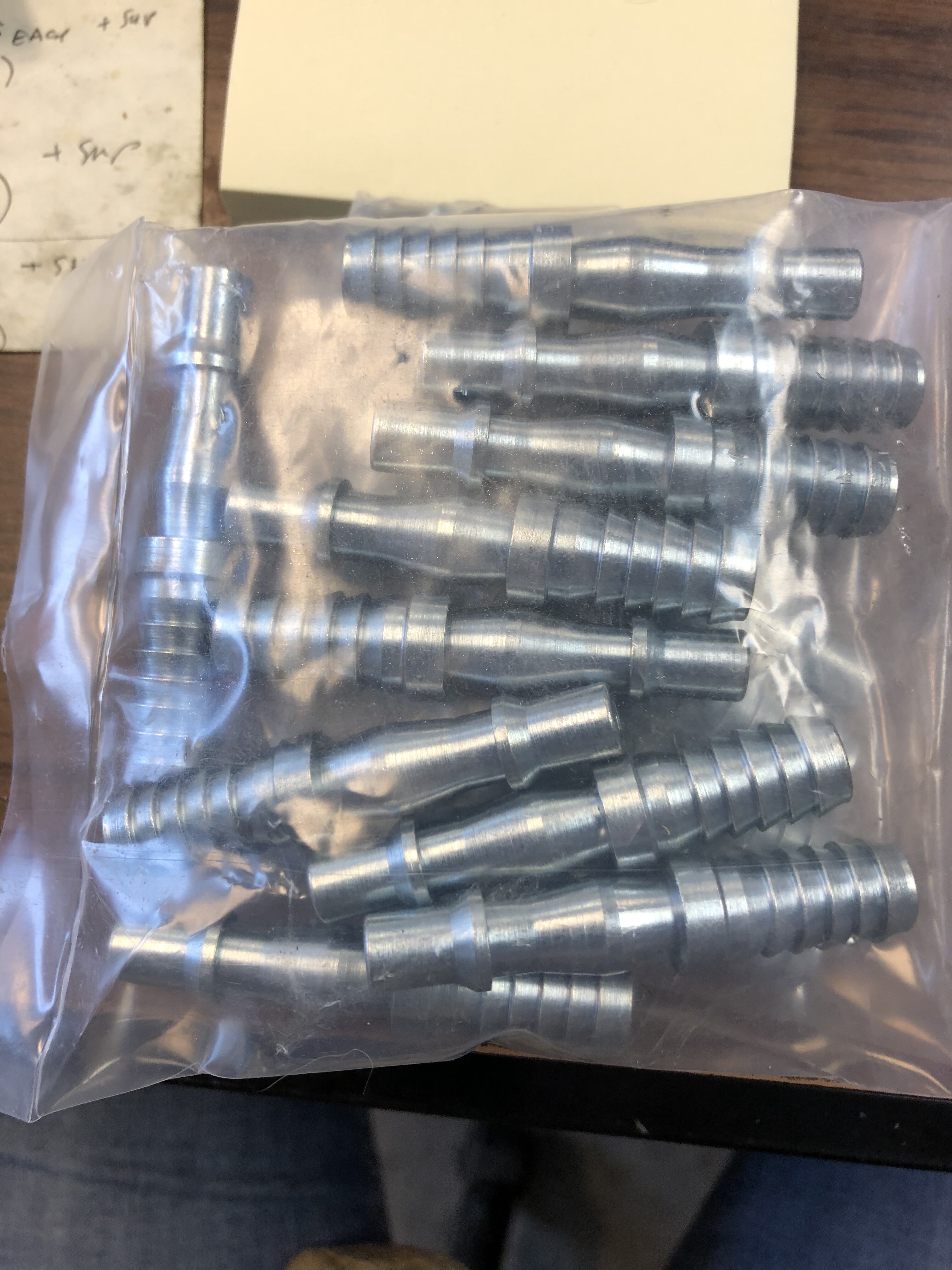 What is currently the best Replica Han Solo DL-44 Blaster to buy?
2

Batuu Bounding; or, The Art Of Cosplaying Without Cosplaying