RPF PREMIUM MEMBER
Wassup guys...so, yeah the idea is to eventually build an accurate Slave 1 model to have a full diorama of the ESB scene on Bespin with Boba, HIC etc, all at 1:6 scale.

So according to Wookieepedia the vessel is 'a modified Firespray-31-class patrol and attack craft' of 21.5 metres in length, so that makes my ship about 3.58 metres, or around 12 foot...hmmm

The plan was to find a decent model and scale it up and then fabricate all parts in wood/metal/resin/3d print etc. BUT, as far as I can see, there is no really good model available to work from. I have the Fine Molds kit and the Bandai kit but when comparing them to ref pics, they're not super close on the detail. Obviously they needed to make models that could be injection molded, manufactured and produced for people of all ages to build, and, from what I have gleaned so far, it is a pig of a ship to get right, but still. there is a need to do this craft justice. So that is what I am attempting to do

I have gathered all the usual ref pics but if anyone has anything special that might help? Also I have investigated to SS modellers site for kit ID's but there is nothing complete or definitive. that I can find.

So first up is modelling this thing from scratch. Much the same as I did with my Falcon 5' build I will work my way around the ship, modelling as accurately as I can the numerous components until I have a viable model which will then be broken out into parts for various methods of fabrication.

As they are the most awkward looking, I thought I'd start with the wings!
WING; 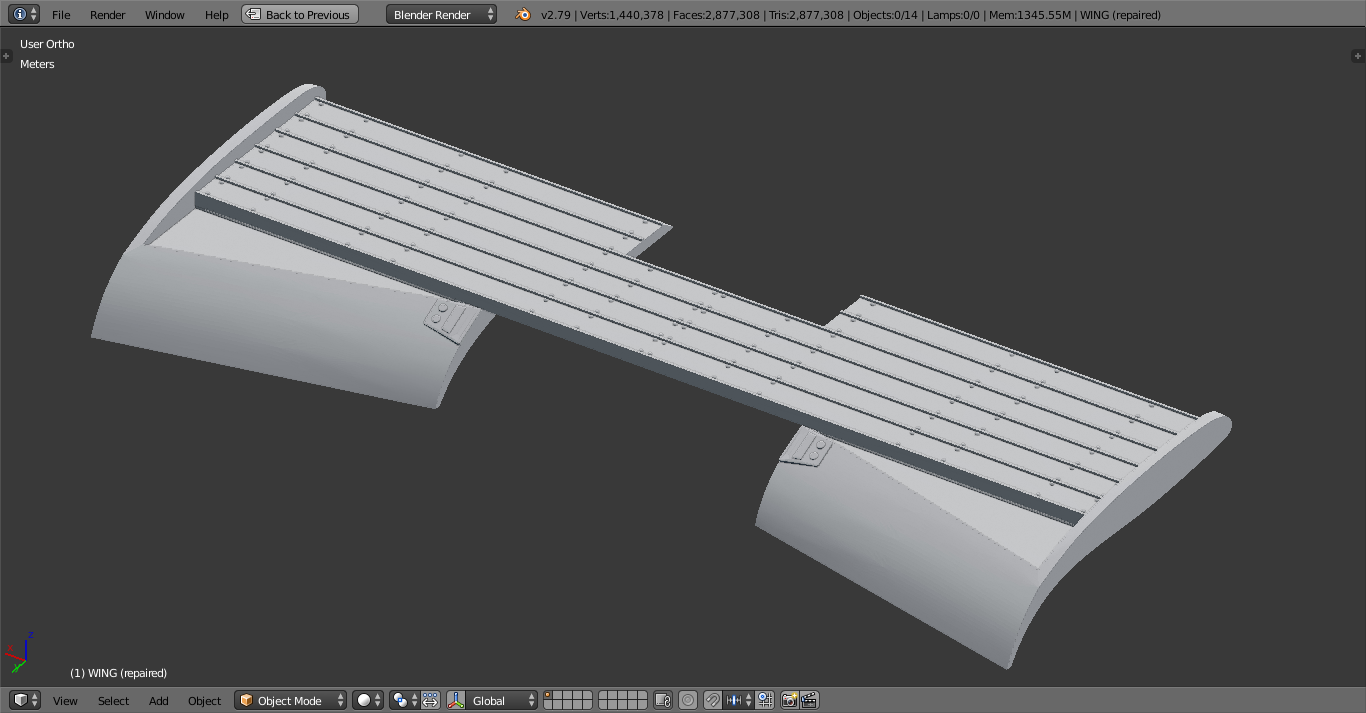 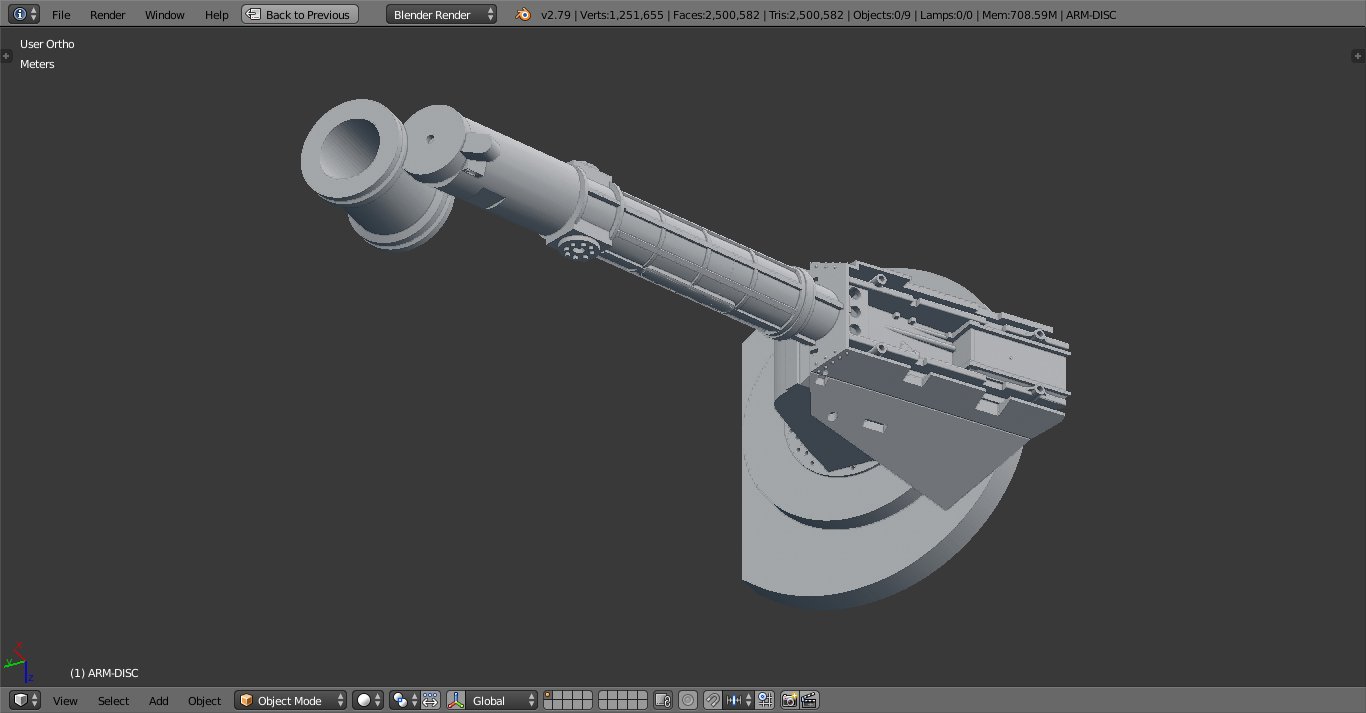 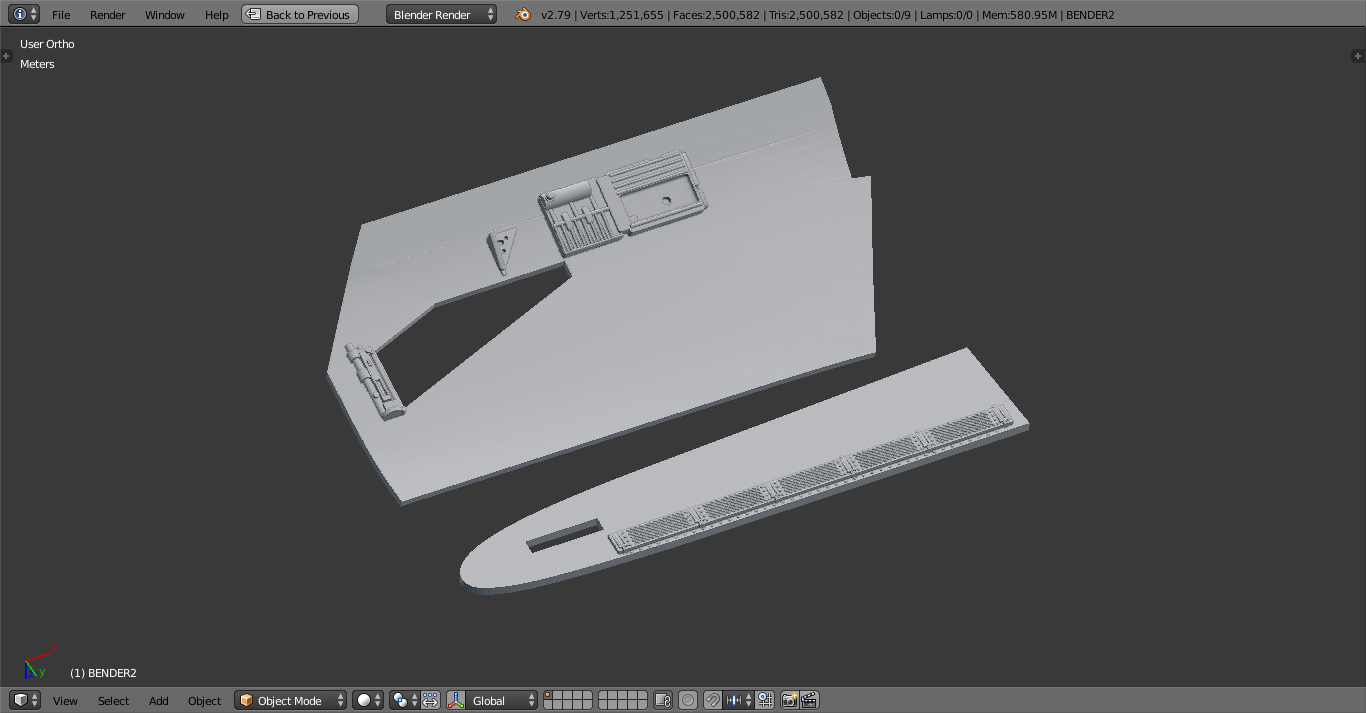 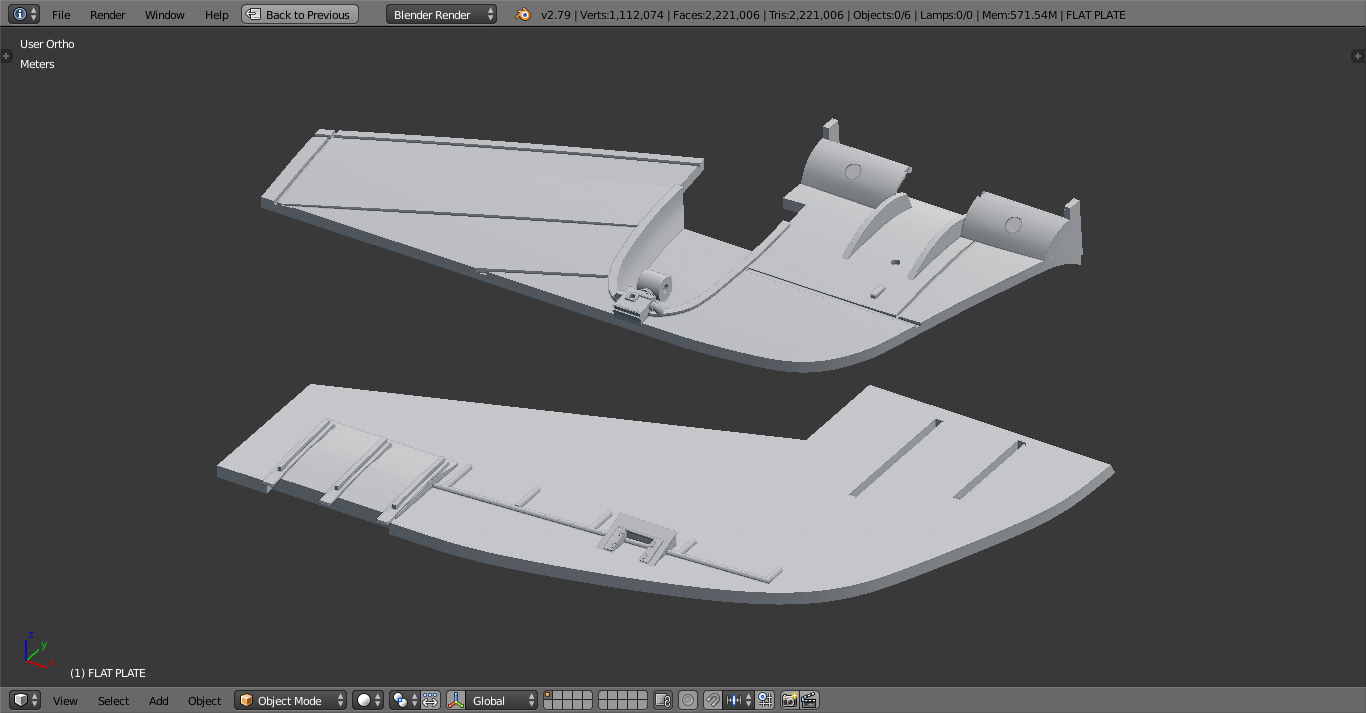 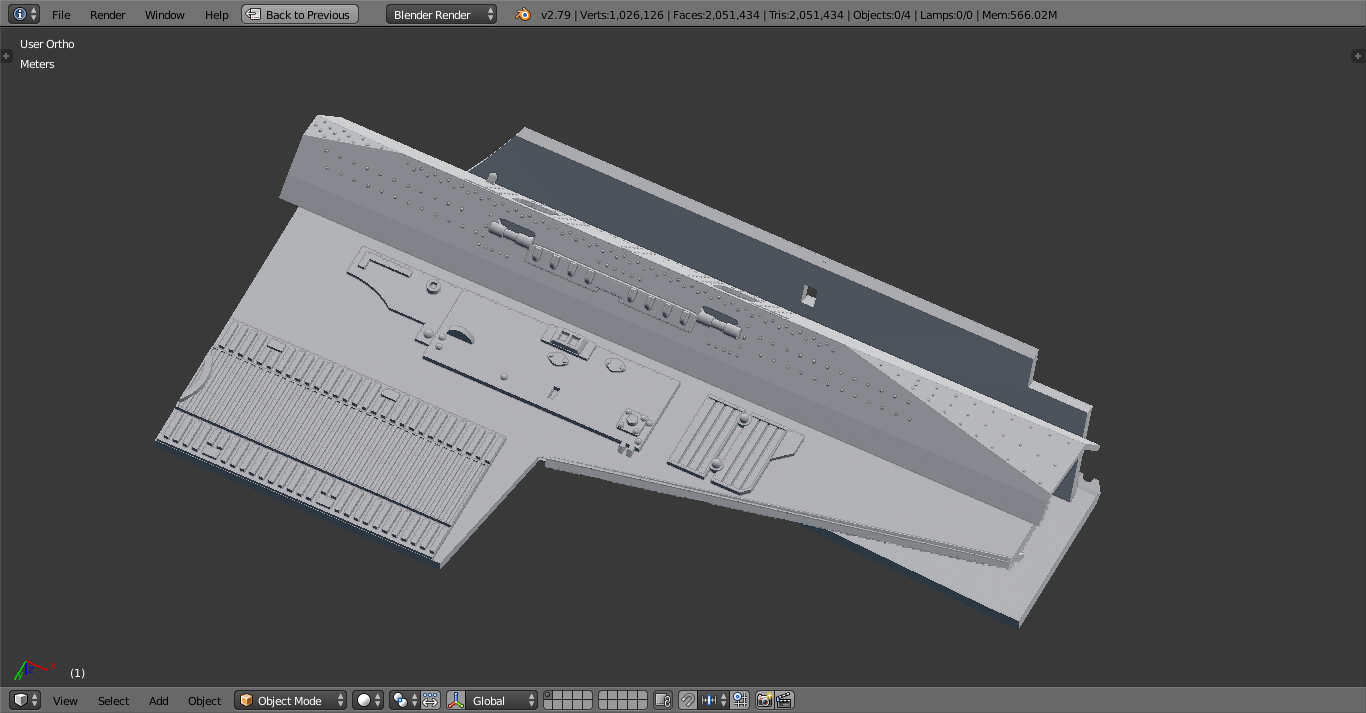 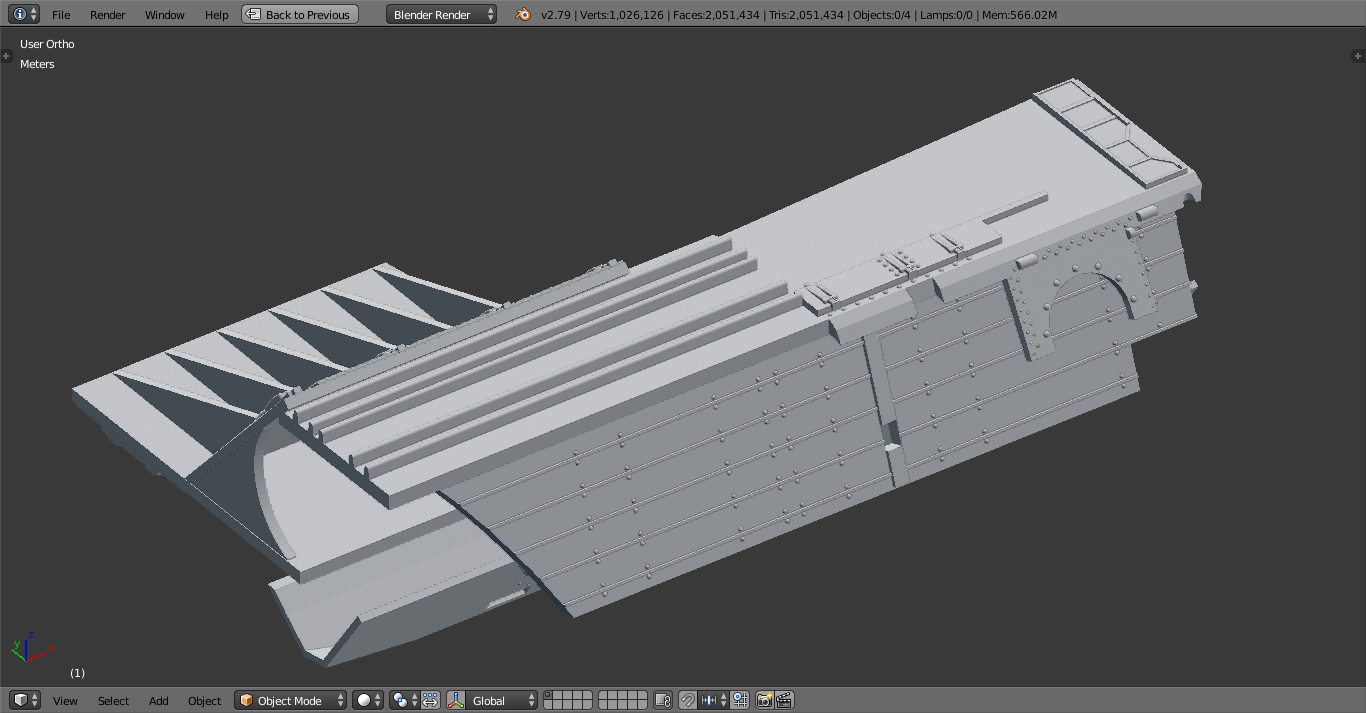 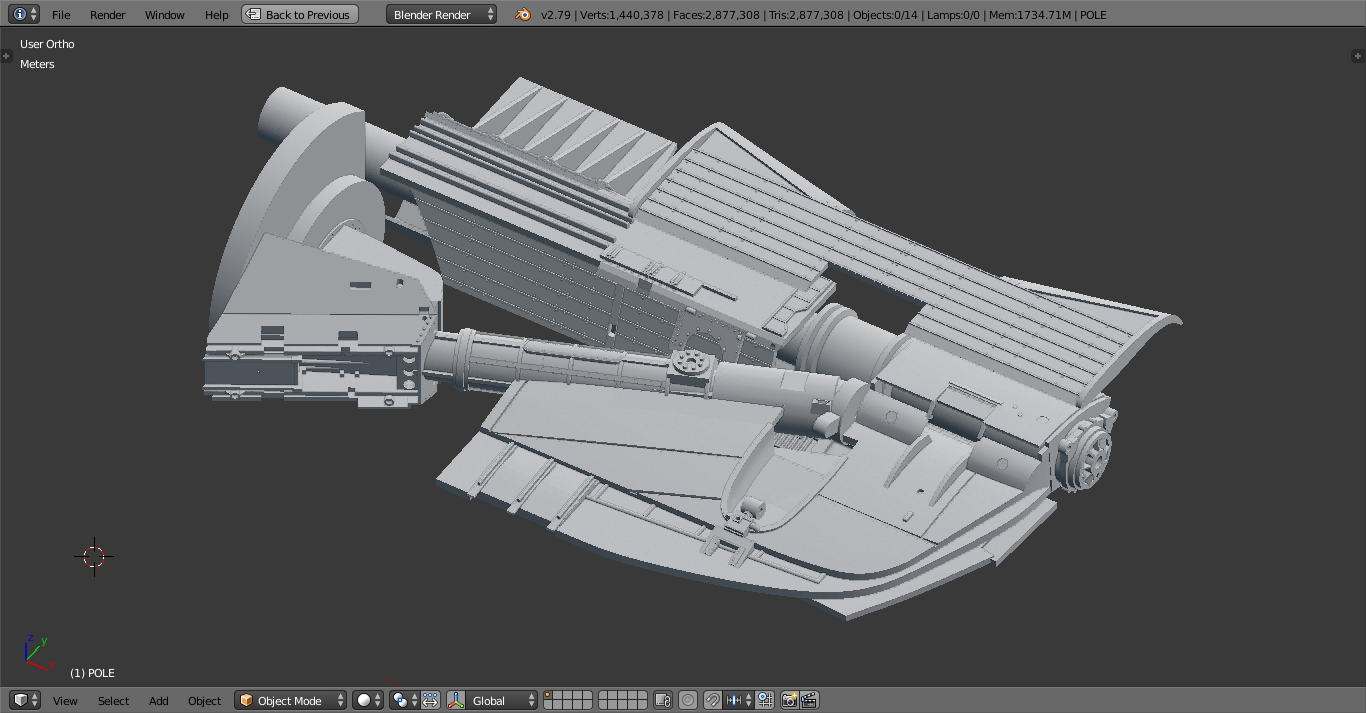 Still got the bits around the arm disc to do if anybody knows parts used here?
And if u spot any glaring errors or omissions, just holler

12 feet? I can understand why you chose this scale, but will you have the room for it?

Have you also got your Hot Toys Boba Fett ready to stand in front of it ?

TazMan2000 said:
12 feet? I can understand why you chose this scale, but will you have the room for it?

Yeah it's gonna be on display in a museum

Portaler said:
This sounds like a pretty epic undertaking !!

Have you also got your Hot Toys Boba Fett ready to stand in front of it ?
Click to expand...

That's... BIG! LOL
Can't wait to see how this progresses!

RPF PREMIUM MEMBER
Are you going to need to disassemble this in the future if you move? "Oh no! I can't fit this through the door!" Will your design be capable of breaking down?

kamandi said:
Are you going to need to disassemble this in the future if you move? "Oh no! I can't fit this through the door!" Will your design be capable of breaking down?
Click to expand...

He won't be moving now because of this build !! [emoji2]

Love your scale already...eager for the next update!!!

RPF PREMIUM MEMBER
Thanks for the comments guys. It will be built in a modular way so that the wings can be removed for transporting, but I think the rest has to be made as one piece.

Much more difficult, than the falcon, to ascertain the various parts that make up the components but hopefully I'm pretty close. 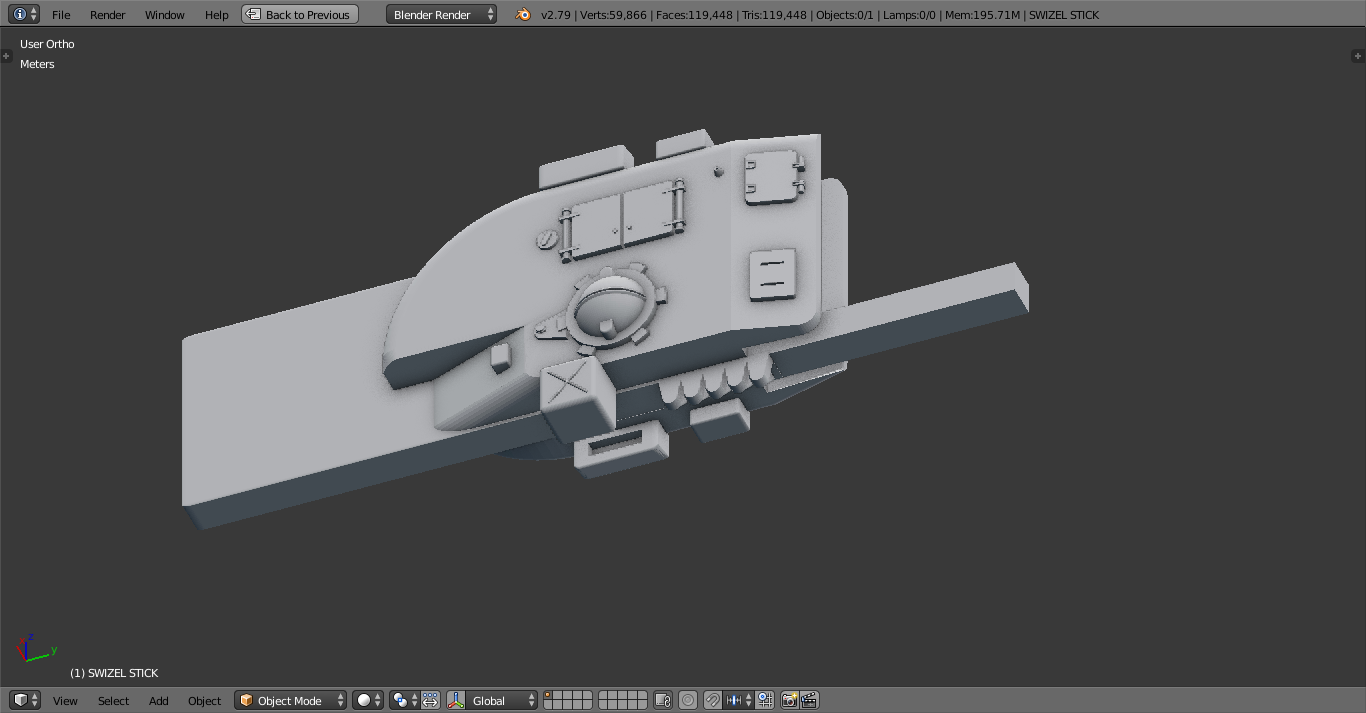 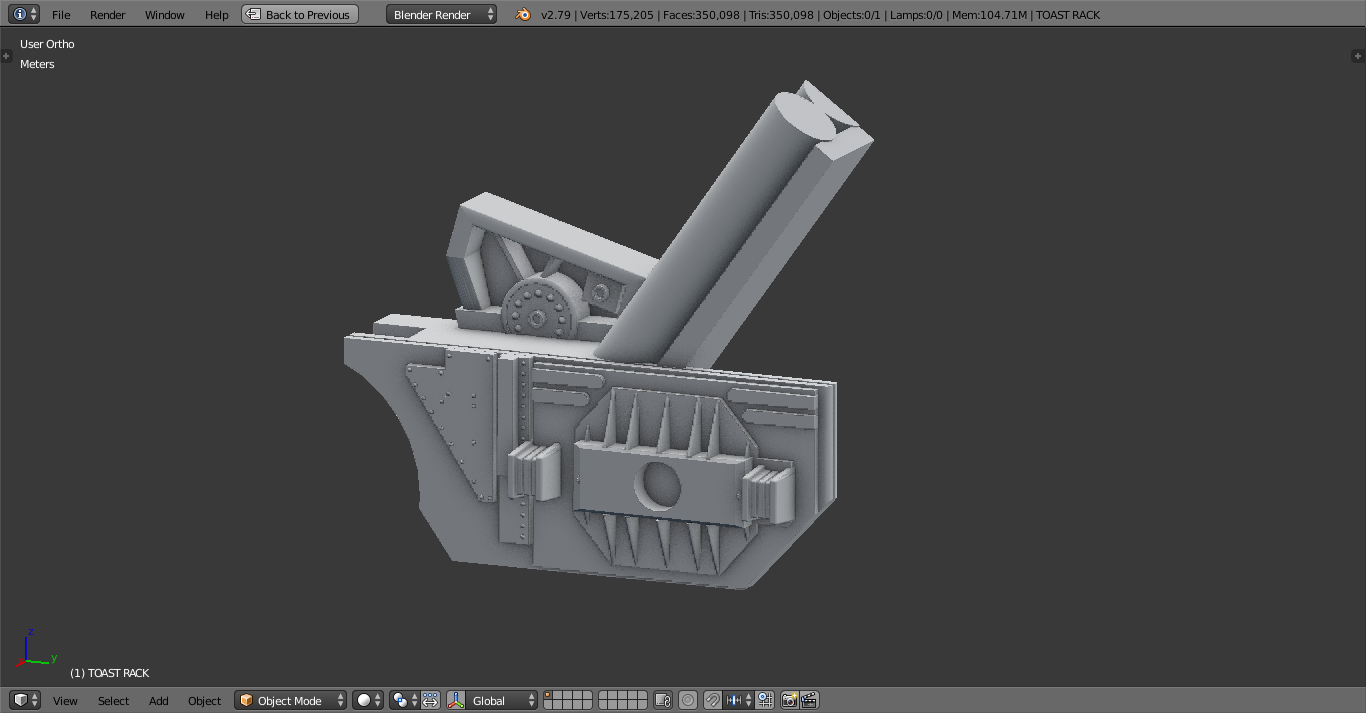 And started on the rear engine bay; (can't not see a face) 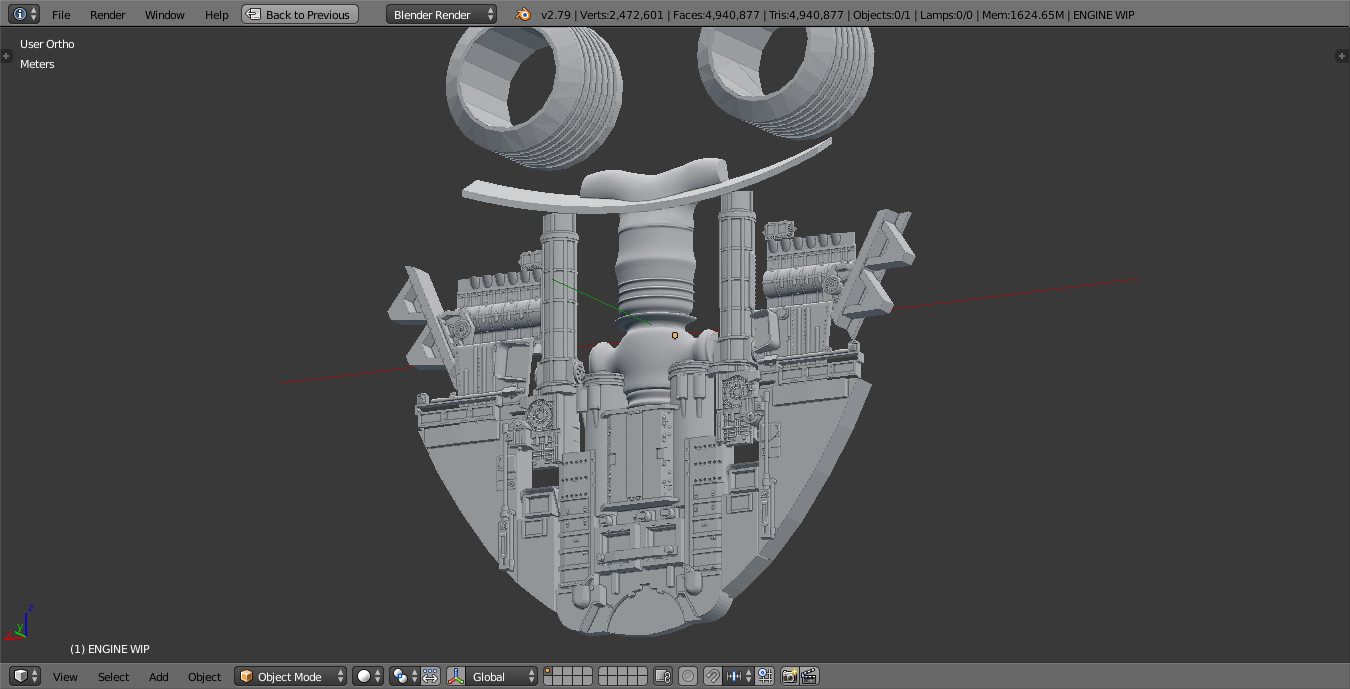 Wow! That's ambitious and impressing As for moving: Turn it into a tiny house, then you may take it wherever you like.

This sounds both exciting & scary as hell ! ( in equal measure ). Subbed.

RPF PREMIUM MEMBER
Cheers...so more modelling. I have done the main hull pieces and will transfer the dims to make a wooden frame on which to form the main shells of the ship. I'll be making it like an upside down boat really. So one form for the upper and lower shells, one form for the fuselage/body. 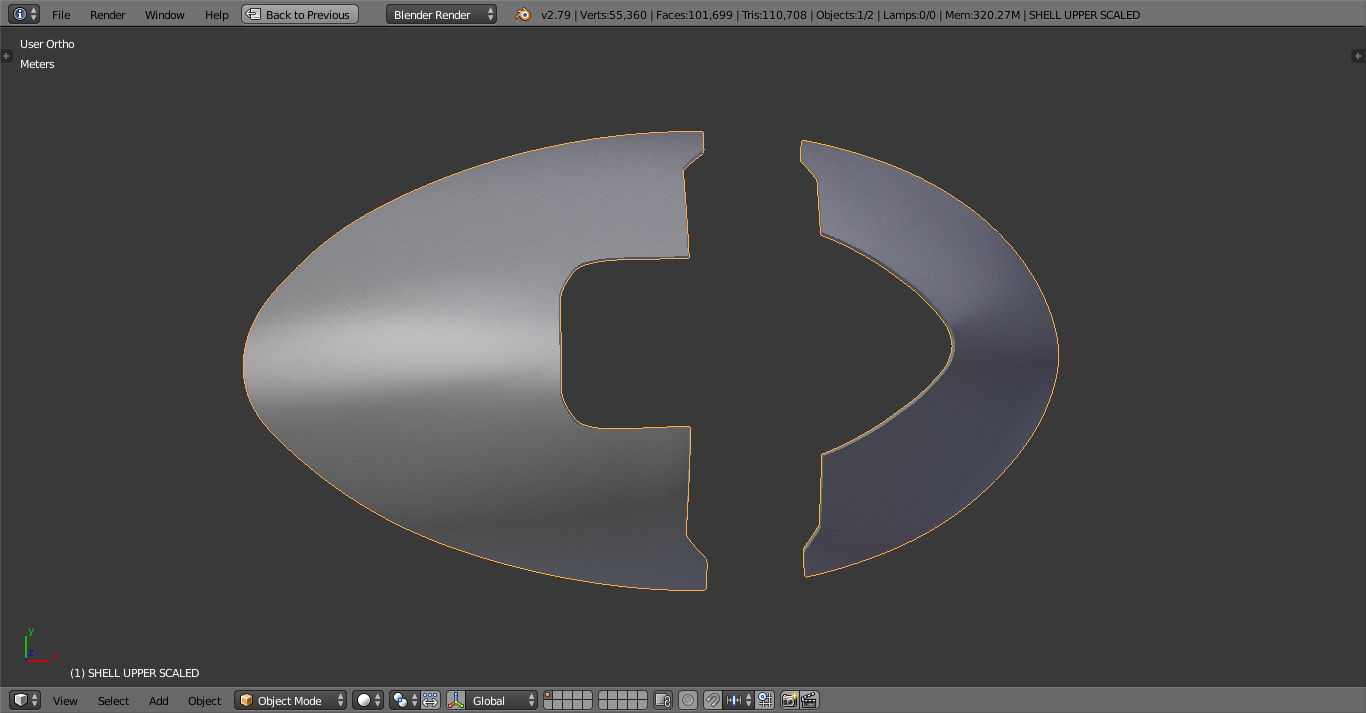 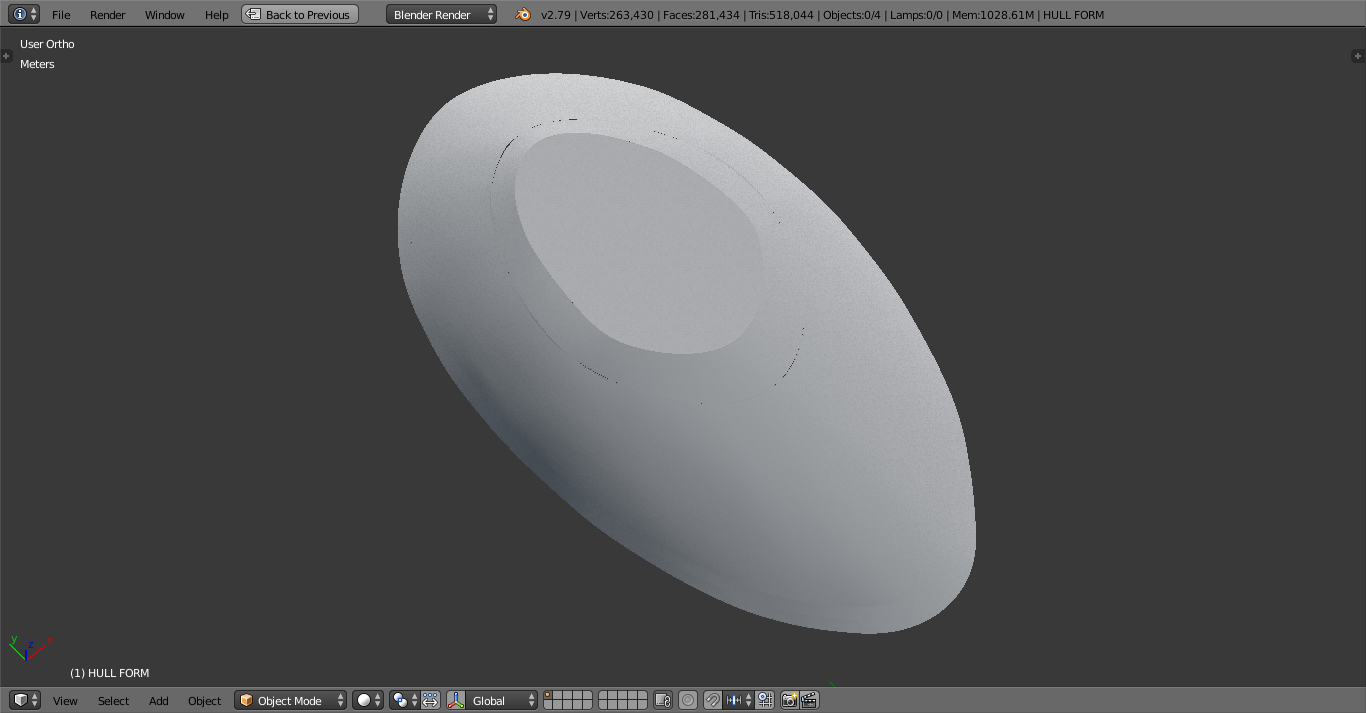 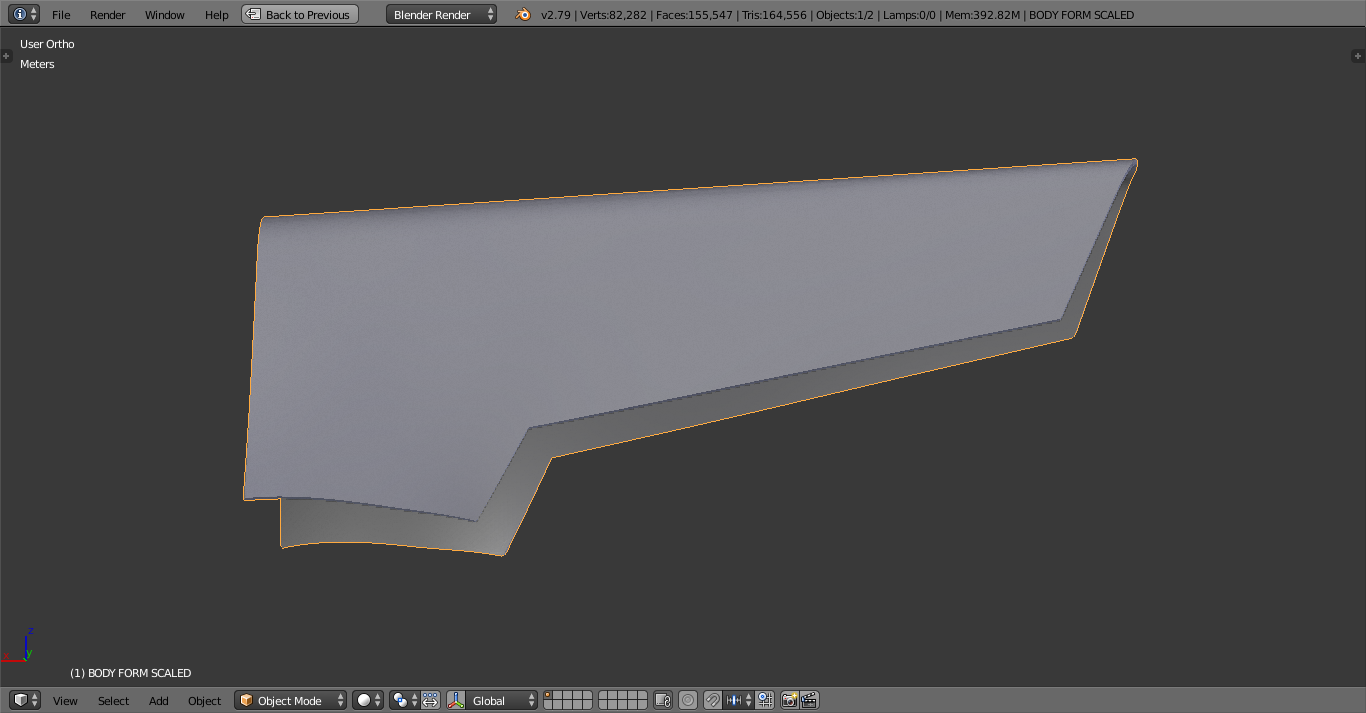 This is the framing layout which will be built in Birch ply with wooden stringers to form the basket shape and then skinned with a stretch canvas and glassed. Same procedure for the body 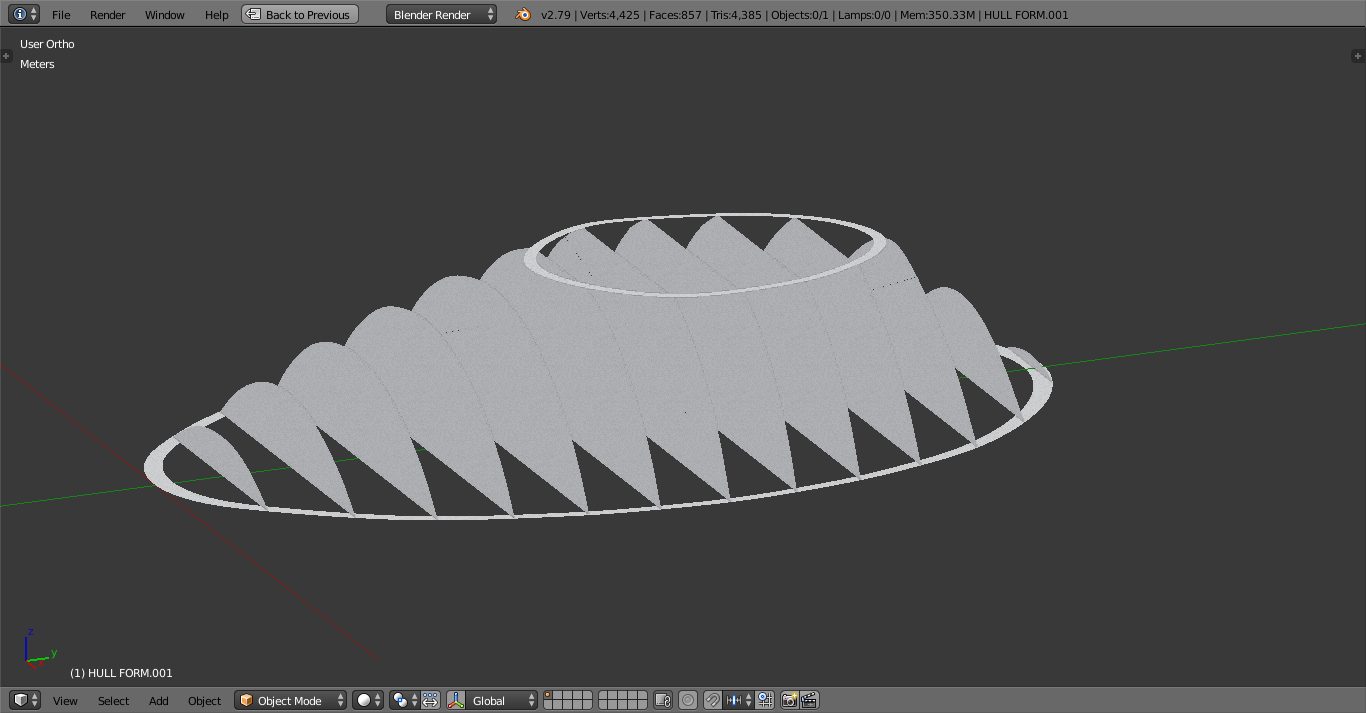 The other pieces like the wing bells/screen valances etc, I will print and glass

Then print a form to vac-form the windscreen in PETG 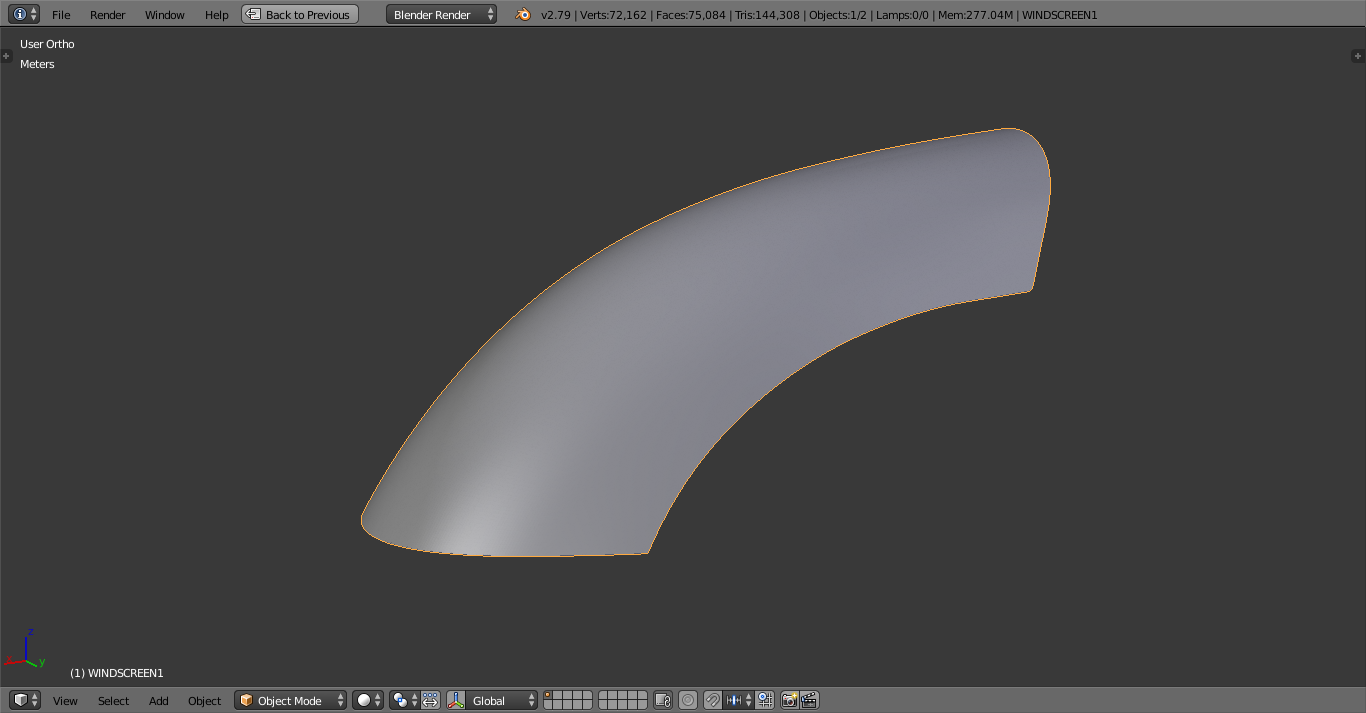 Did you need a break from the Falcon?

Will be following this closely! OMG!

wow this is going to be huge but amazing.

I can’t wait to see your progress on this!

I like the tiny house idea, or you could go with a teardrop camper style and have a bed platform in it that you access by dropping down the ramp. That might add a bit more complexity though.

Stick with your plan. Can’t wait to see it!