Last weekend I went for a walk and to my luck came across this cool looking skull! It could be a young badger but correct me if I'm wrong. So I thought maybe I could make a neckless for my costume which I'm currently waiting for.

I gathered some other bones which looked like ribs of the same or another animal, took them home and washed them in cold water first to remove any dirt or bugs. Next I put them into a bucket and added boiling water and bleach... at this point it really started to smell! So if you decide to do this make sure your outside! I then left the bones in the bucket over night.

In the morning I bought some hydrogen peroxide from the pharmacy where I work, it was only 9% but was strong enough to burn your hand with a drop! Anyway I covered the skull and ribs with the peroxide and left it for a day. Now the bones are clean but not super white, as I wanted to give them an aged effect. But you could always leave them in longer if you wanted them whiter.

Next I washed the peroxide off and left the bones to dry in newspaper on a window sill, after that I marked the area on the ribs where I wanted to drill holes, next I carefully placed them into a vice and drilled a hole right through the bone and surprisingly they were really strong!

Now all I have to do is find some nice looking thread to make a neckless out of them, here are some pictures: 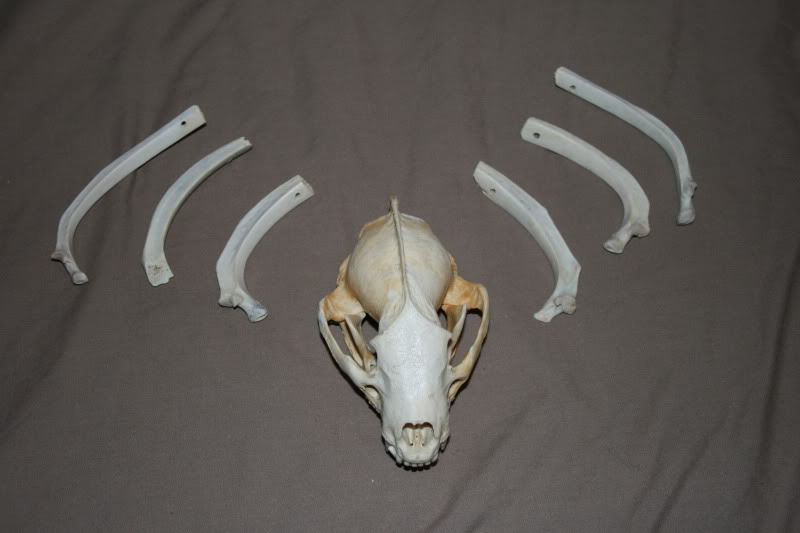 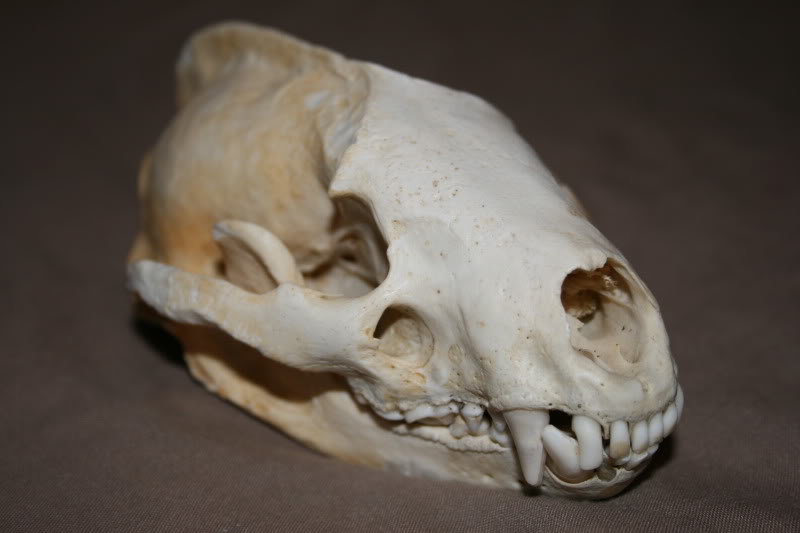 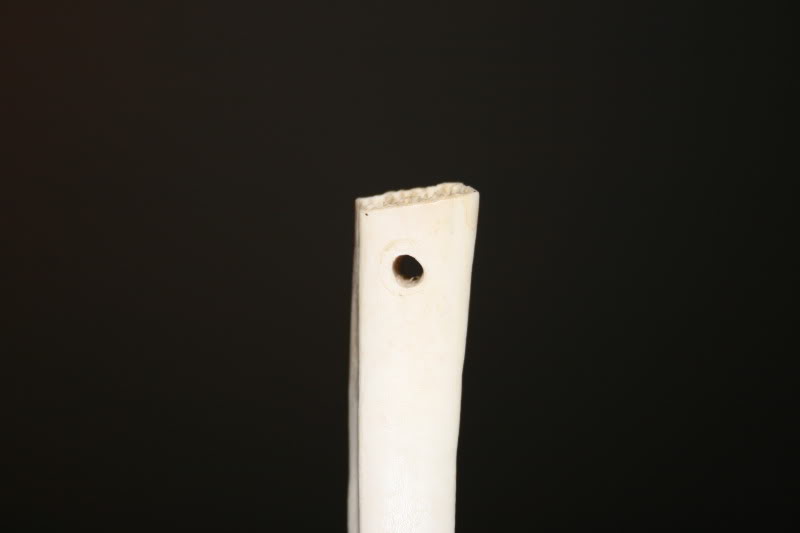 Nice find and good job cleaning them up too. It will make a great looking necklace. .'.
Last edited by a moderator: Aug 2, 2017

Those are perfect looking. Nice job.

nice find.. one thing tho .. after the bleaching you may find the teeth coming loose.. it happend to a deer skull i had.. all i did was give it a once over with pva glue.. it goes see through when dried..

Thanks for the replys! I was wondering like Tuath said I could cover the bones in PVA glue, but is there anything else I could use to seal the bones?

Clear spray lacquer would look cool, keep building the layers up gradually, plus it'd give that shiny bones look? Not sure if you want a matte look or gloss though...

Heres the neckless again, it's pretty much complete now. Iv'e added hemp thread, wooden beads and some feathers I found at a store called Hobby Craft. Then I covered the lot in PVA glue to seal it. So what do you think? 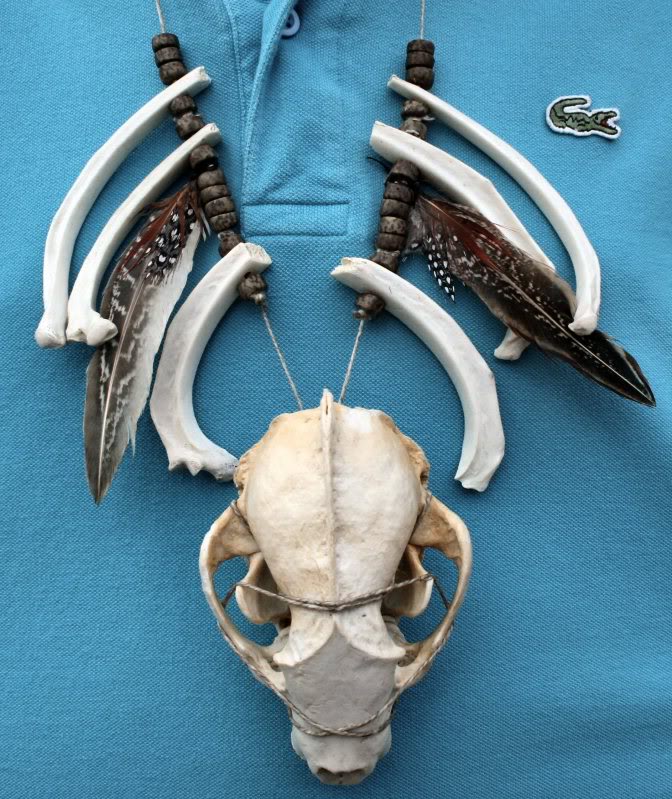