PredatrHuntr did you make these bios?
Genuinely looks like they stole a concept from you.

Termokk what do you think of this!

That's an abomination of a Predator costume. What were they thinking?

Judging from the half mask I'd say the final pred pictured here will be wolf-esque. I feel pretty certain this isn't fan made, as you can see Boyd Holbrook in this picture

I certainly don't like the look of this bomb gauntlet ...

The paint job also seems lack-luster ... especially compared to the Preds from the first 2 movies.

Edit: And don't even get me started on that saggy crown ... 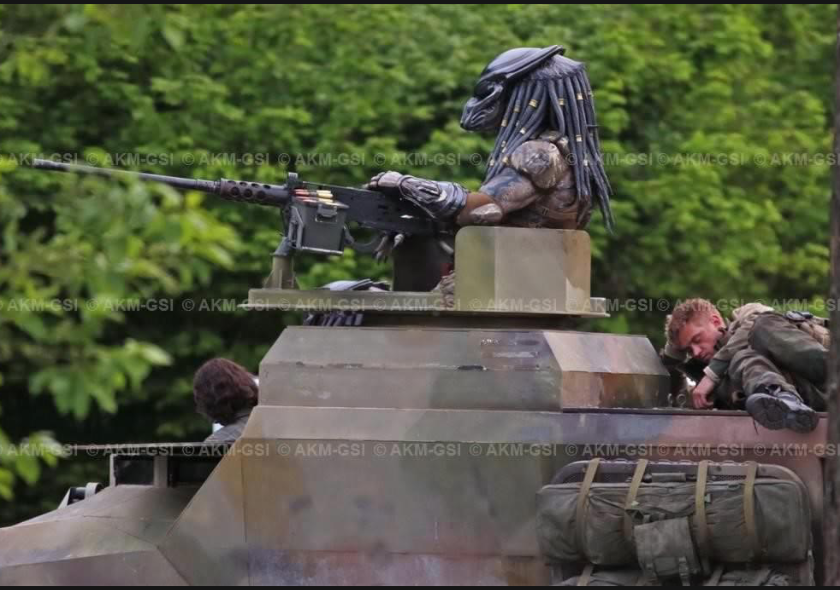 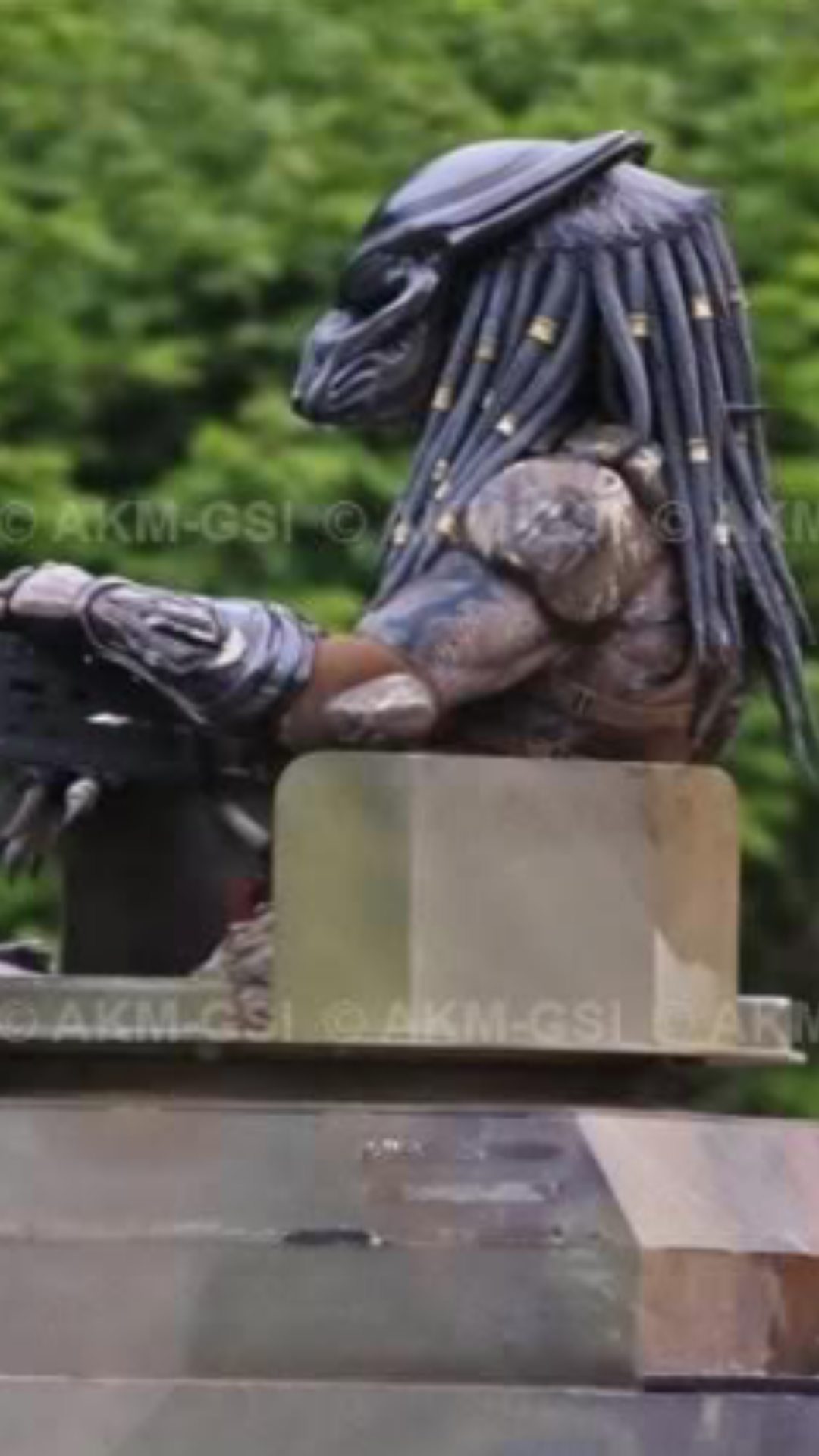 When the community's costumes are better than the movie ones

They kinda remind me of the guardian predator figure. Look it up and you'll see what I mean.

And who elses HATES the armour?

Tallon said:
When the community's costumes are better than the movie ones
Click to expand... 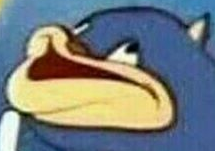 Tallon said:
And who elses HATES the armour?
Click to expand...

These preds appear to have stolen some space marines armour...
Doesn't have a predator 'feel', more like they had some spare riot gear they decided to use.
Last edited: May 17, 2017

I think they should push the date of the film back. Would love to see concepts rather than actual scenes to be honest. 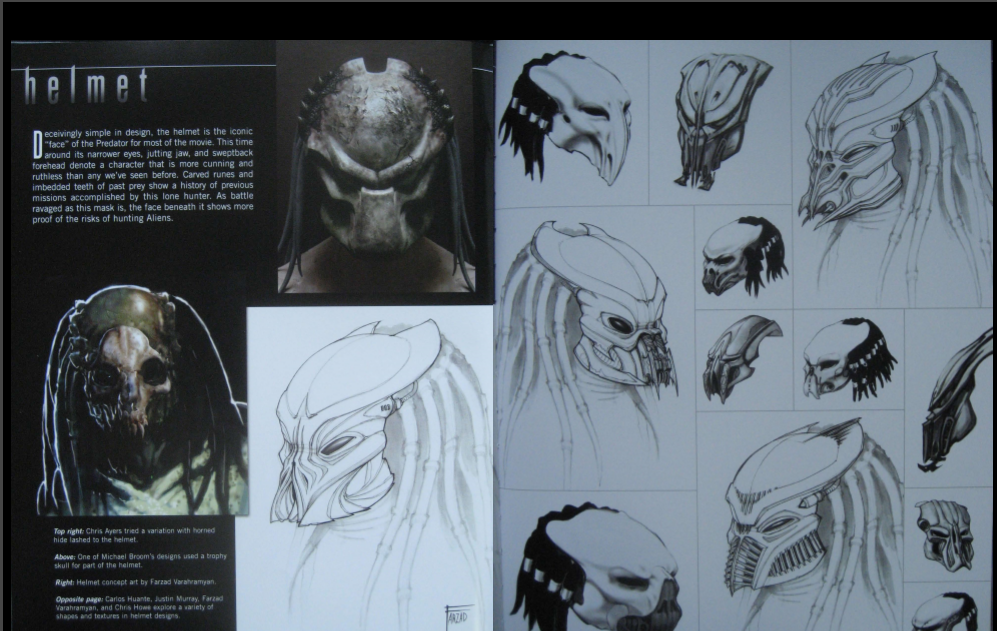 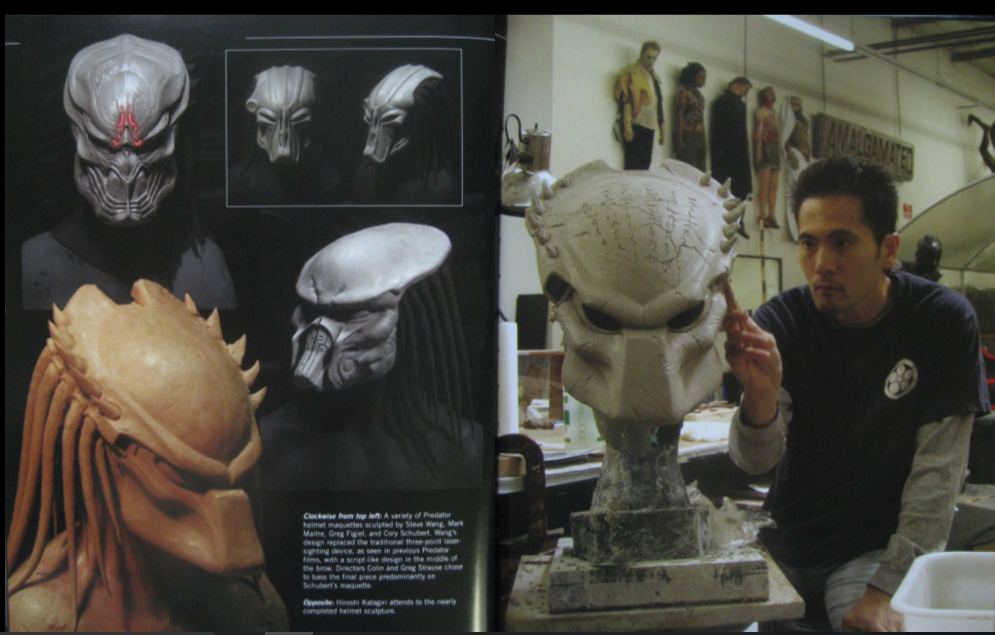 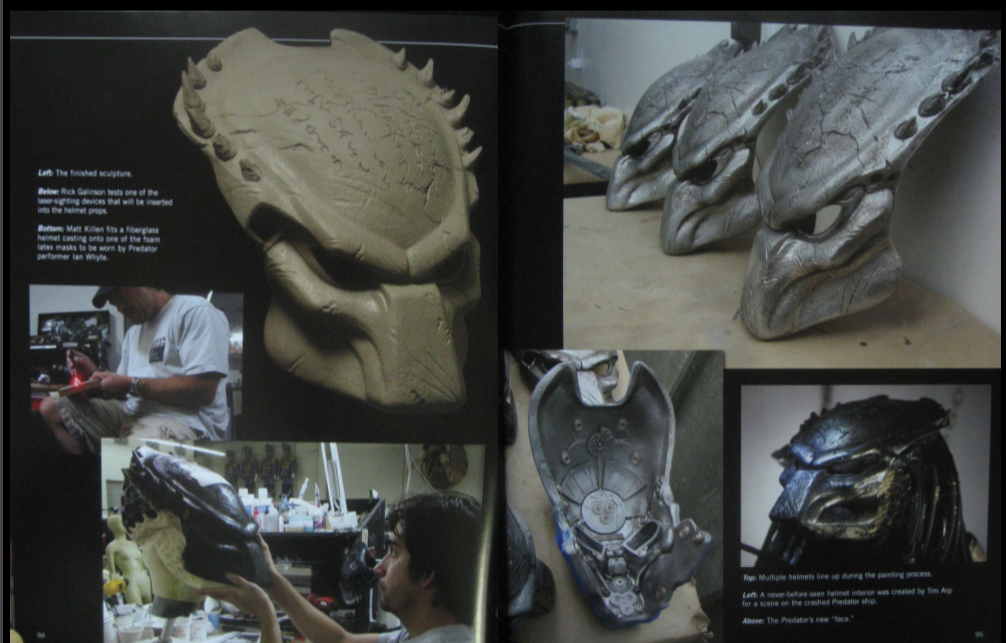 I agree, would have preferred concept art, but at least now we know not to get our hopes up on good looking Pred armor. I also agree with M77. Those preds look like they are wearing spare, human-made armor. How could that even fit a regular pred size wise?

I guess, but wouldn't a race that has space travel, energy based projectile weapons, cloaking devices, and other tech, not prefer their own? And who would want to go scavenging in the kids size clothing section? 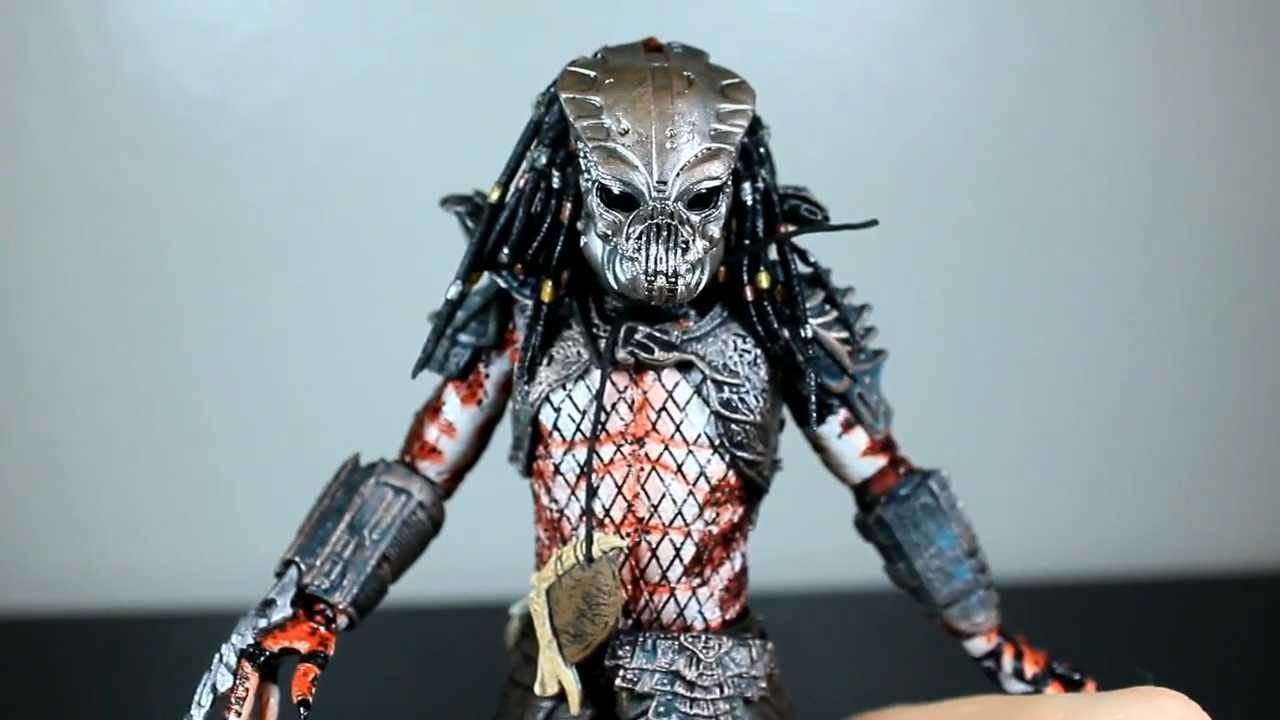 This is the guardian, see the similarity?

Kinda sorta, I'd say it has allot more similarity to PredatrHuntr's Gort 2.0.

Bring on the flame, but i like the armour ;P

We don’t really know what’s going on or how the Predators ended up on the tank. But maybe, the reason they’re using Human armour/weaponry is because they can’t use theirs (all wrecked during a crash, I don’t know). Why not use what’s available? Jake Sully(from Avatar) used headpieces to communicate with Neytiri and a few more Na’avi and they used Trudy’s attack chopper to fight ****** hick, Quaritch. I realise it’s the other way around, but they have the weapons and armour lying around or available to them when theirs is not. So why not use it? Sure, they could have ‘stolen’ it from space marines, or maybe, this a clan where they wear pants. Why should the Predators be locked into loin cloths? The pic below of ‘our’ warriors shows how different our clothing/armour/weapons are to one another, and most of these warriors lived within the same century, the same time. And to be honest, The Predator are intelligent beings, why is it far fetched to think that they have a ‘culture’ and one clans culture can be vastly different from each other? 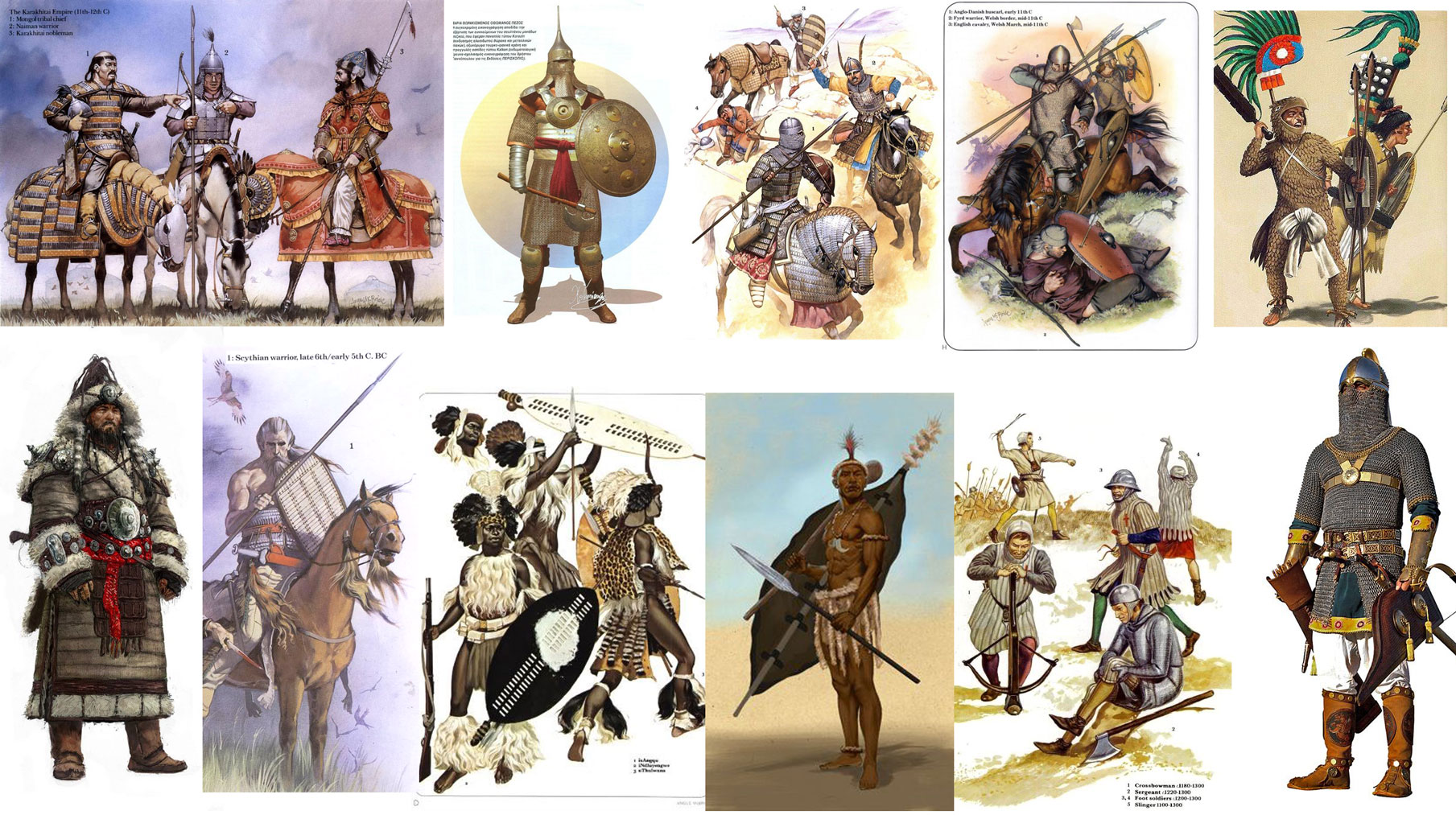 I truly understand you guys are disappointed beyond my wildest notions, but I don’t think the upcoming film deserves all the hate it’s getting, just from a couple of pictures. I know we’re entitled to our own opinions, so I’m also stating mine C’mon guys, New Predator Film!

Who’s to say that when set pics from AVP, AVP:R were leaked, everyone didn’t like wolf or berserker, etc…I know some peeps still hate the berserker, but it’s become Wreav’s favourite bio Let’s all just hope for the best, eh?

Isubomo said:
Why should the Predators be locked into loin cloths?
Click to expand...

I don't think they should be completely locked in to that, and it's not far fetched to think they have culture. Regarding the clothes I'd say most of us have worn a T-shirt and Jeans before.You can see Millions of people wearing the same/similar clothes though from completely different parts of the world, and with different cultures. Also we wear particular types of clothing for certain occasions. I don't think you'd wear the same thing for going on a safari, as you would when going to a fine restaurant. On a hunt it's about Practicality.

Regarding the pictures I understand what you are saying, but my pet peeve is no human pred team-work. I dont want to see Preds riding a tank into battle, just like I wouldn't want Freddy Krueger, Pennywise, or Xenos to do so. And as for them using human weapons ... if they end up having to because theirs get destroyed ... then I don't see these preds deserving to make it out of the movie alive. Plus if that was the case I would further dislike the plot. I literally have been only able to sleep 3-4 hours a night since these pics came out because I've lost most of my hope on this one ...

Wreav said:
Termokk what do you think of this!
Click to expand...

I really don't like them much but i will give them a chance. The skin on one of them looks purple?? The bios don't fit very well and their armor looks like space marine armor. The dreads look like they were painted grey on a white foam, why didn't they dye the foam so it wouldn't tear away? Hopefully this is just a weird pic and they will look better.