I took an automated email notice and decided to run with it here. I had a suit built by an apparent recaster back in 2015, didn't know about this whole recasting thing then so, oh well. I wouldn't recommend him (most know him I believe), and I'm lucky I got a suit at all. Anyway, he's my permanent mannequin display now, never even tried to wear it. My second suit I decided to piece together and am much happier with it. Kept the skin portion of it as a light lycra type of affair to prevent getting too hot, used a faceless mask for same reason but replaced the dreads myself with Casey McCabes, and got cannon, hands and feet from him as well. The shoulder armor, back pack, shins and belt/thigh armor are from good ole Chuck Ruffing. My gauntlets aren't for a Jungle Pred apparently but tough-too bad-don't care, I'm using a later type that I got from an unknown source. Got another bio from Casey McCabe complete with eye flash and tweaked it to make the flash green and am frankly pretty jazzed about that. Short of figuring out how to get the countdown module (on hand) into the left gauntlet, it is complete in need of a modeling session to see it all together. If life wasn't in the toilet right now due to deaths in the family and a car theft (a lifetime desired car-stolen by the shop paid to work on it) I would have modeled it by now. Here's some of the stuff. I am not that creative, so the only things my wife and I can claim are the netting, cannon finishing, the finishing of the gauntlets and blades, and shins. Eye flash and cannon lights video's I have won't load due to not having an extension, which I know naught about....so the stills of those lights are tacky. 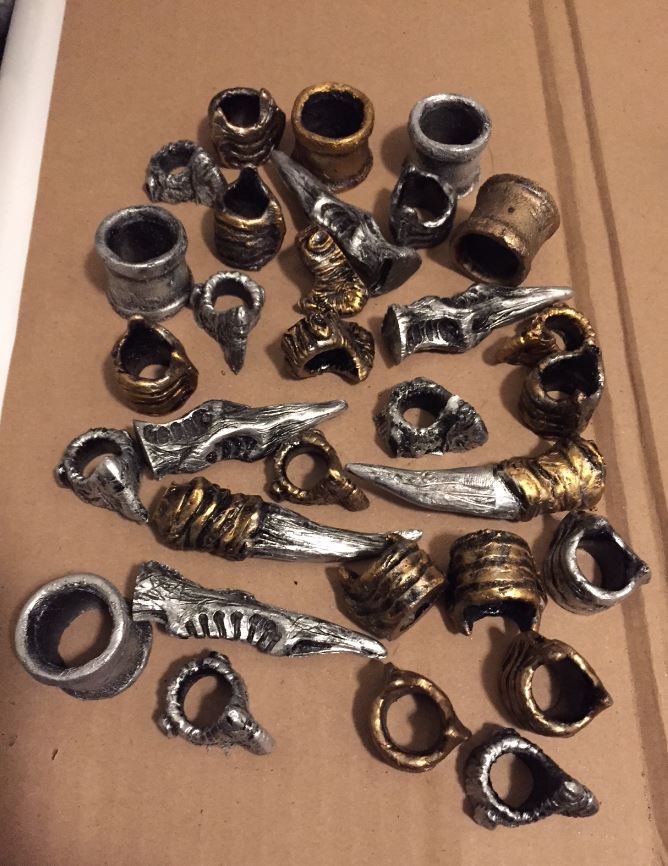 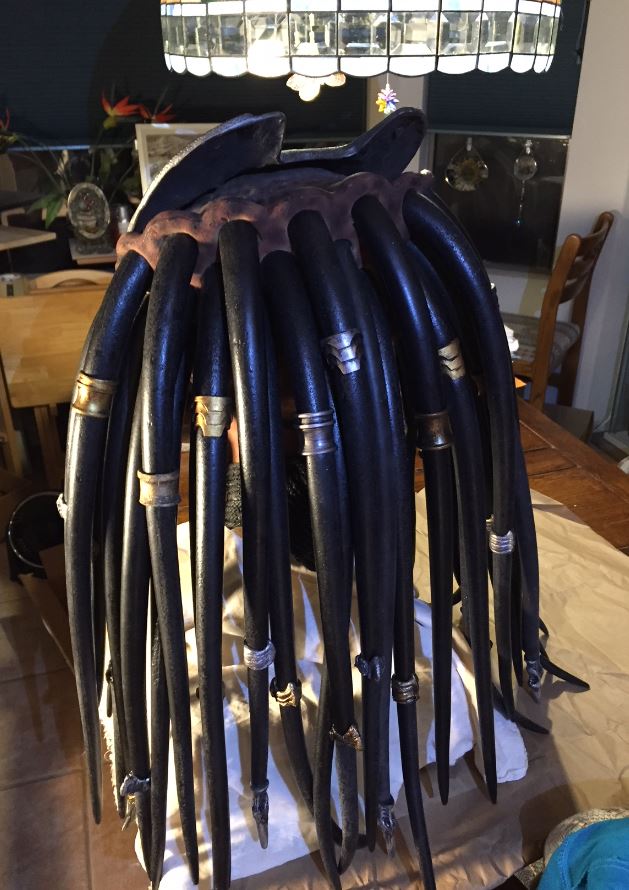 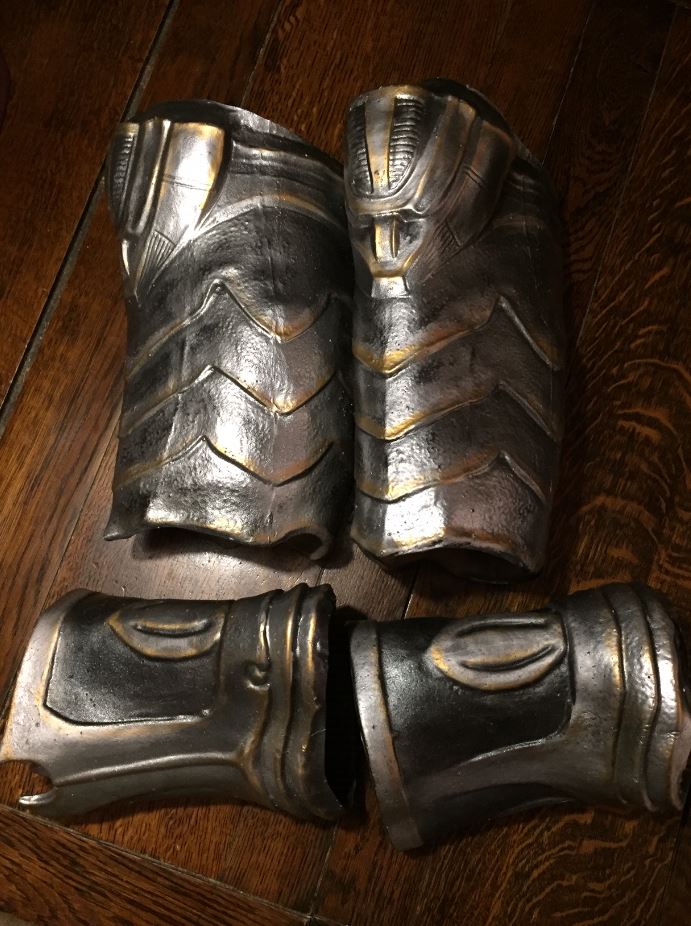 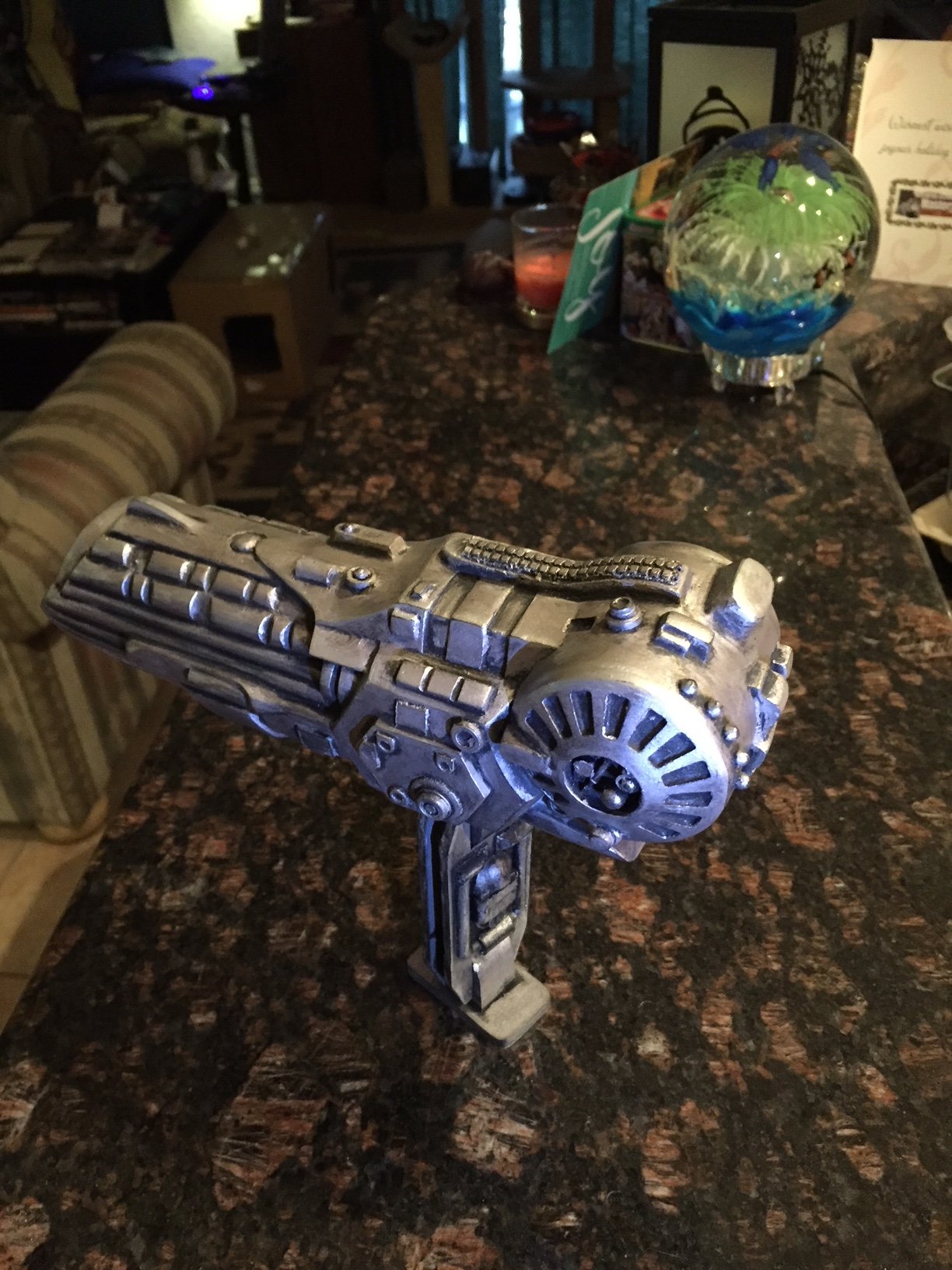 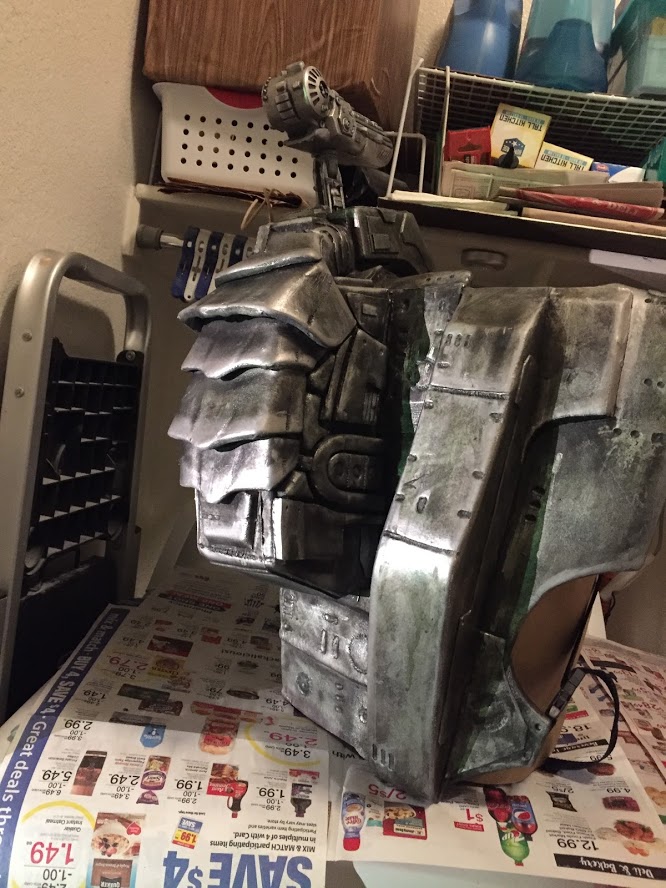 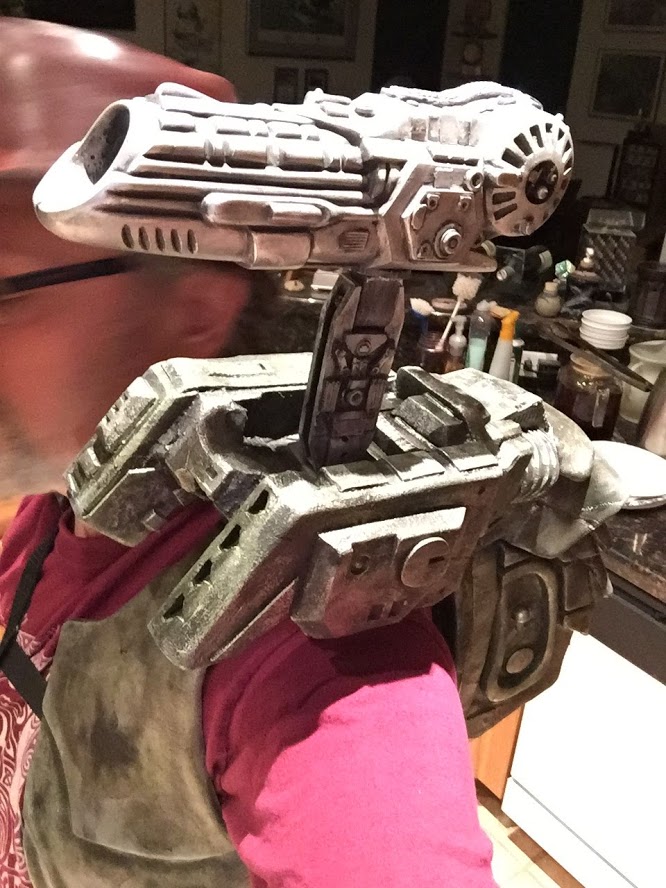 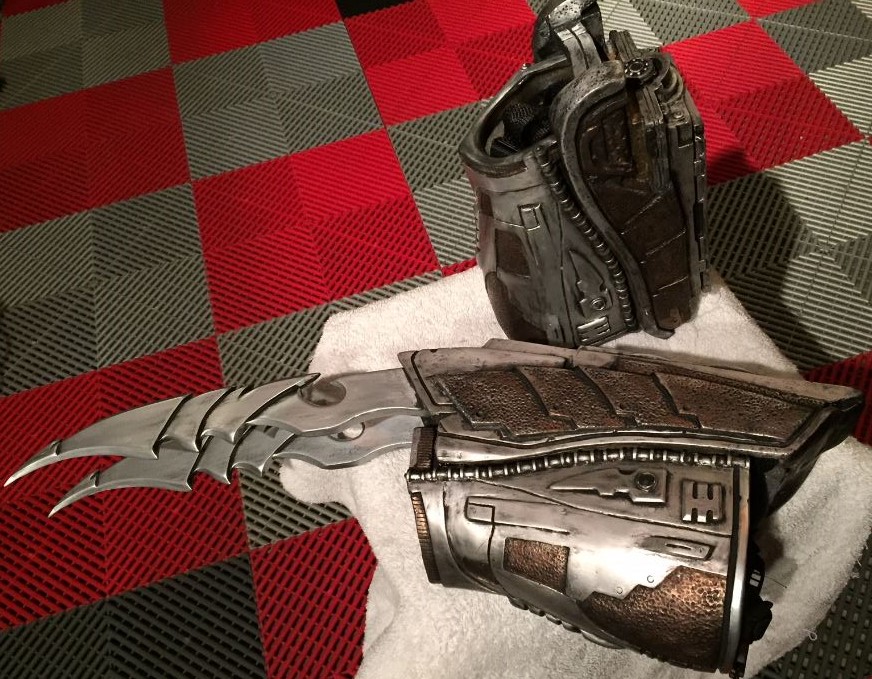 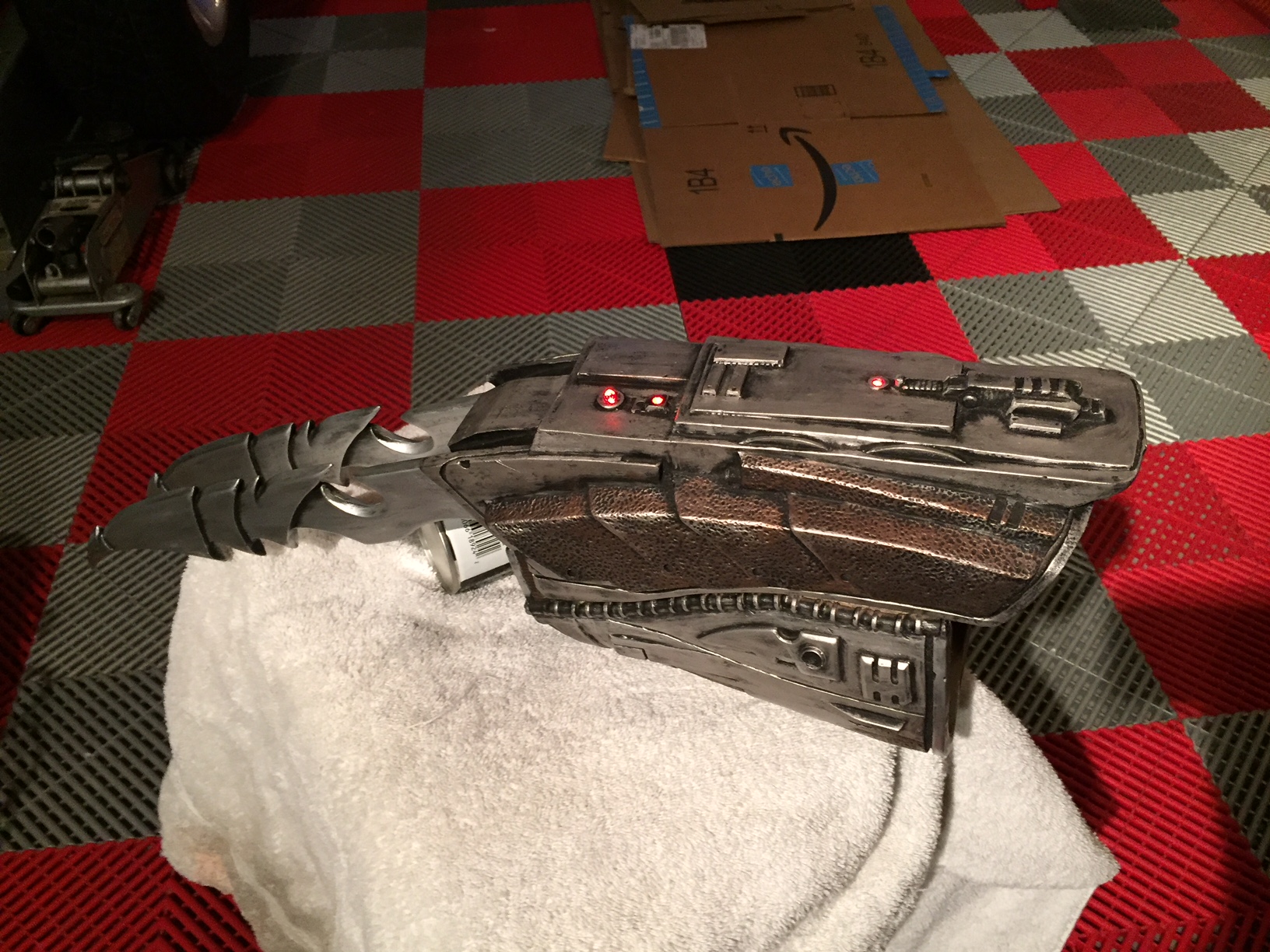 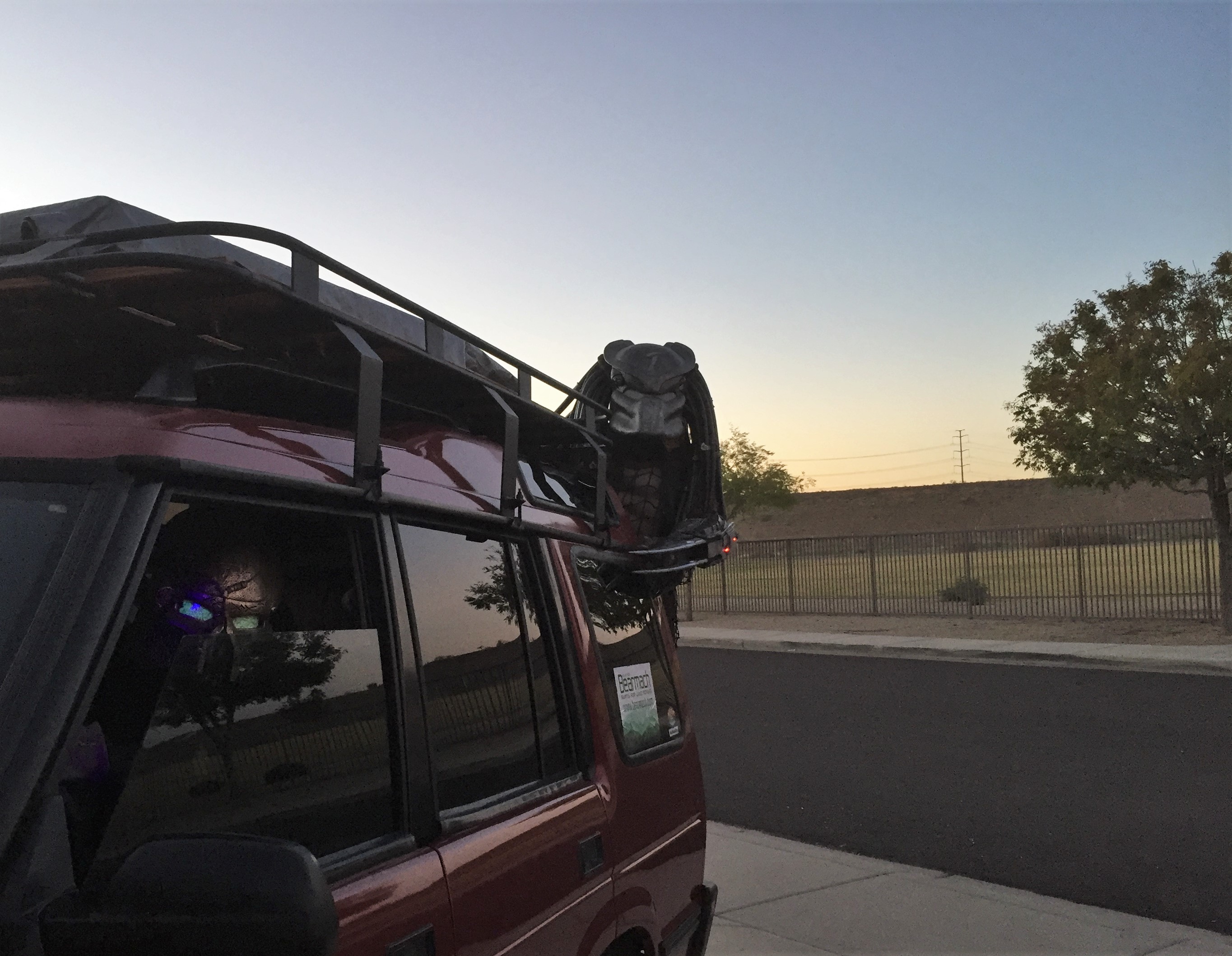 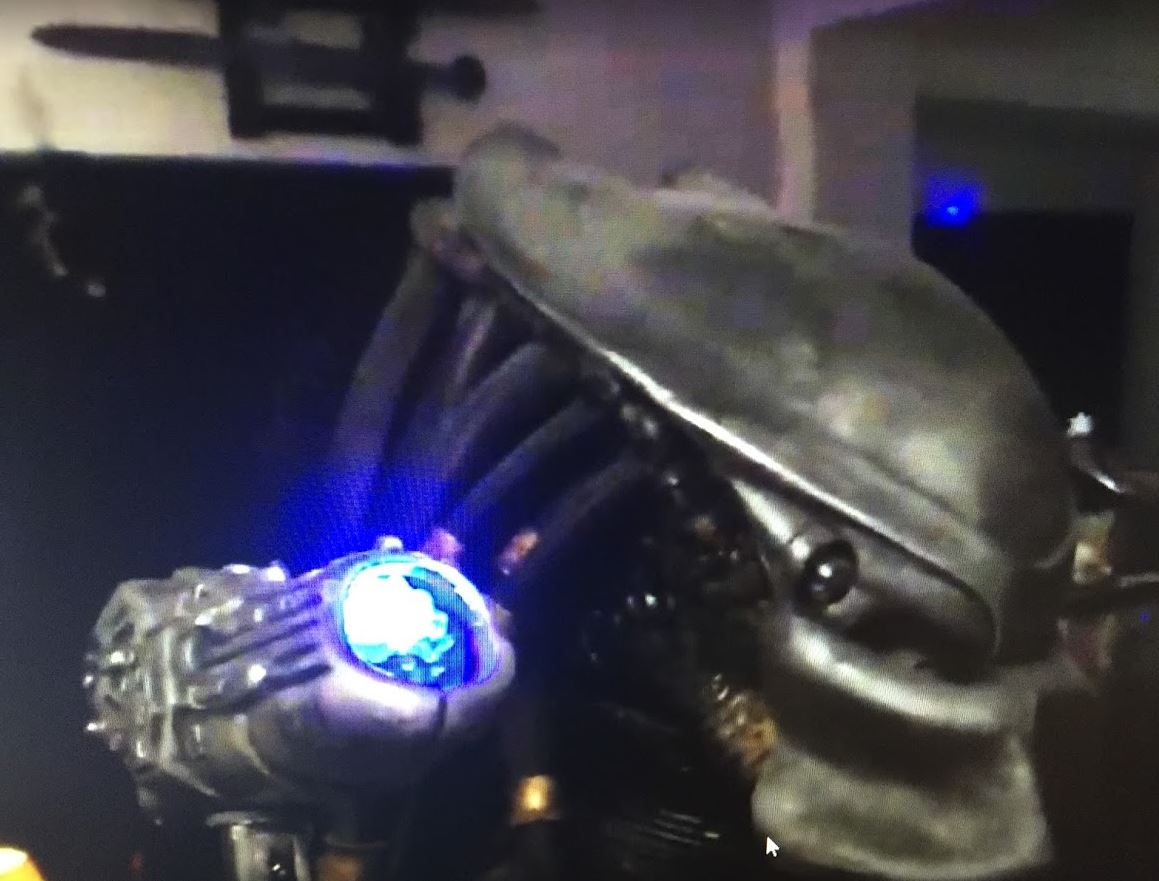 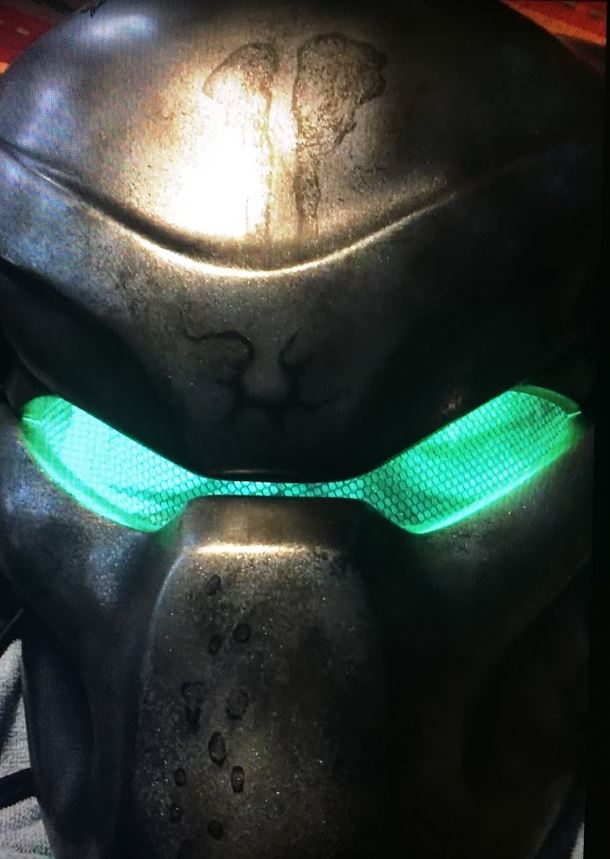