RPF PREMIUM MEMBER
So I've built two of these previously, the first I sold, and the second I built for someone else, and both were based on a Denix Mauser and had weaver K1.5-1 scopes since I couldn't find the real deal. I even made some GK parts for other people based on the Corellian Exports kit I had.

Well, I finally found a real Compac Super 4x31, although the almost correct variant... and another MGC and now I am done! I had the CE SK scope mount kit for some time, and used it for templates of the scratch built parts I did for other people who's kits were incomplete, as Vinace has run out of certain bits.

So I had that covered. I also had the real M9 flash hider for a while waiting, so I just had to machine an adapter for it.

After doing more research and just on personal preference, I decided to lathe the CE scope mount discs thinner. I took Lichtbringer's advice and lathed them down to about 5.5mm thick. I'm very happy with that thickness now. Thanks Michael!

Also, with some ideas from Michael, I took the large front bell on my Compac Super scope and chucked it up in the lathe and turned it down to the right size for the front lens element. The only problem then, was no front glass! Odiwan stepped in and helped me out there, and sent me some spare glass he had, and it worked out perfectly once I bored out the inside of the front piece to have a lip for the lens to sit against.

So my GK is 99% accurate now. I've still got a 1% off scope (the screen variant was very very slightly different), and I am skipping the M2 bolt on the heat sink. 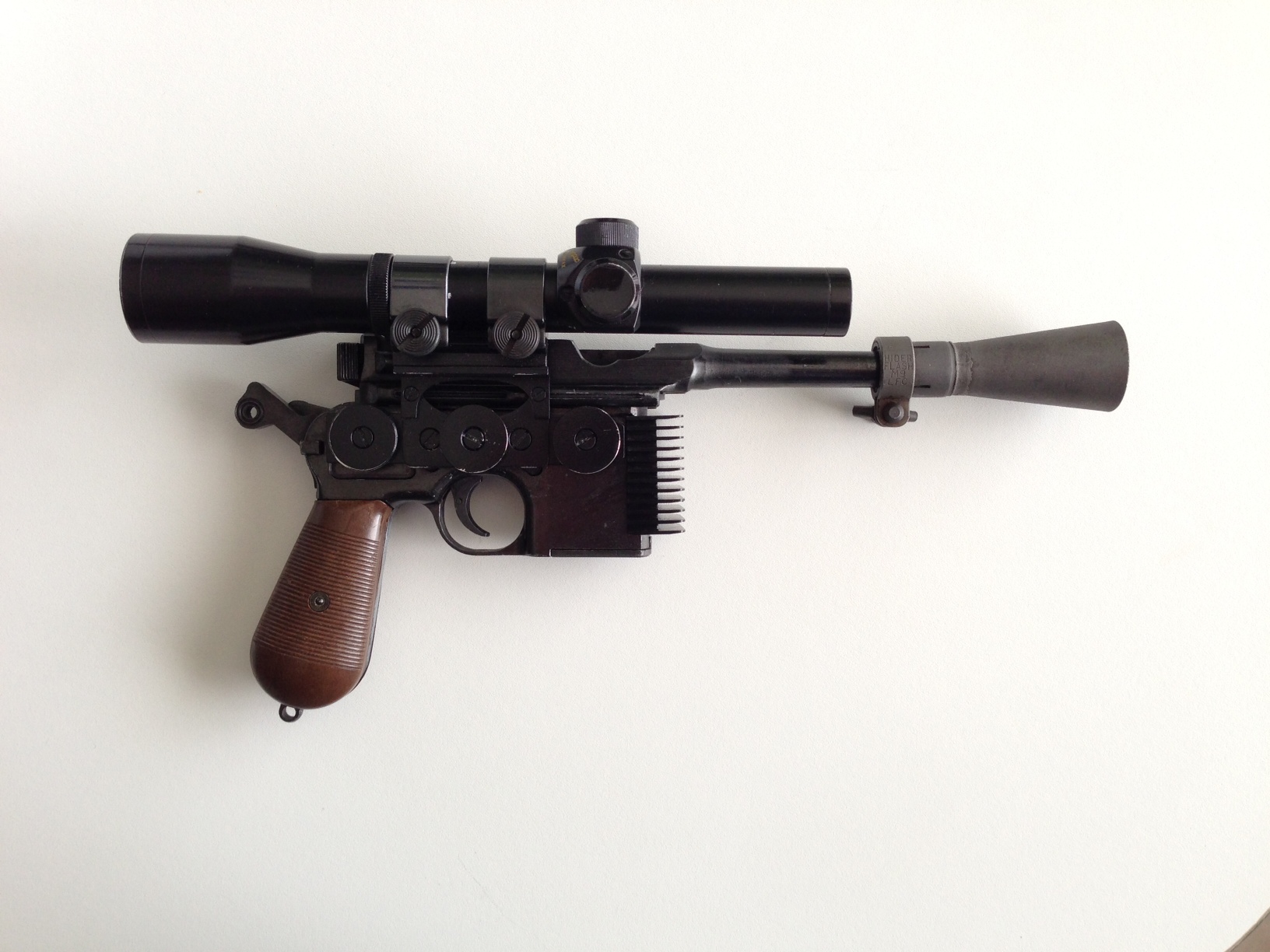 Here's how the front bell (right) looks after being turned down, painted and weathered. 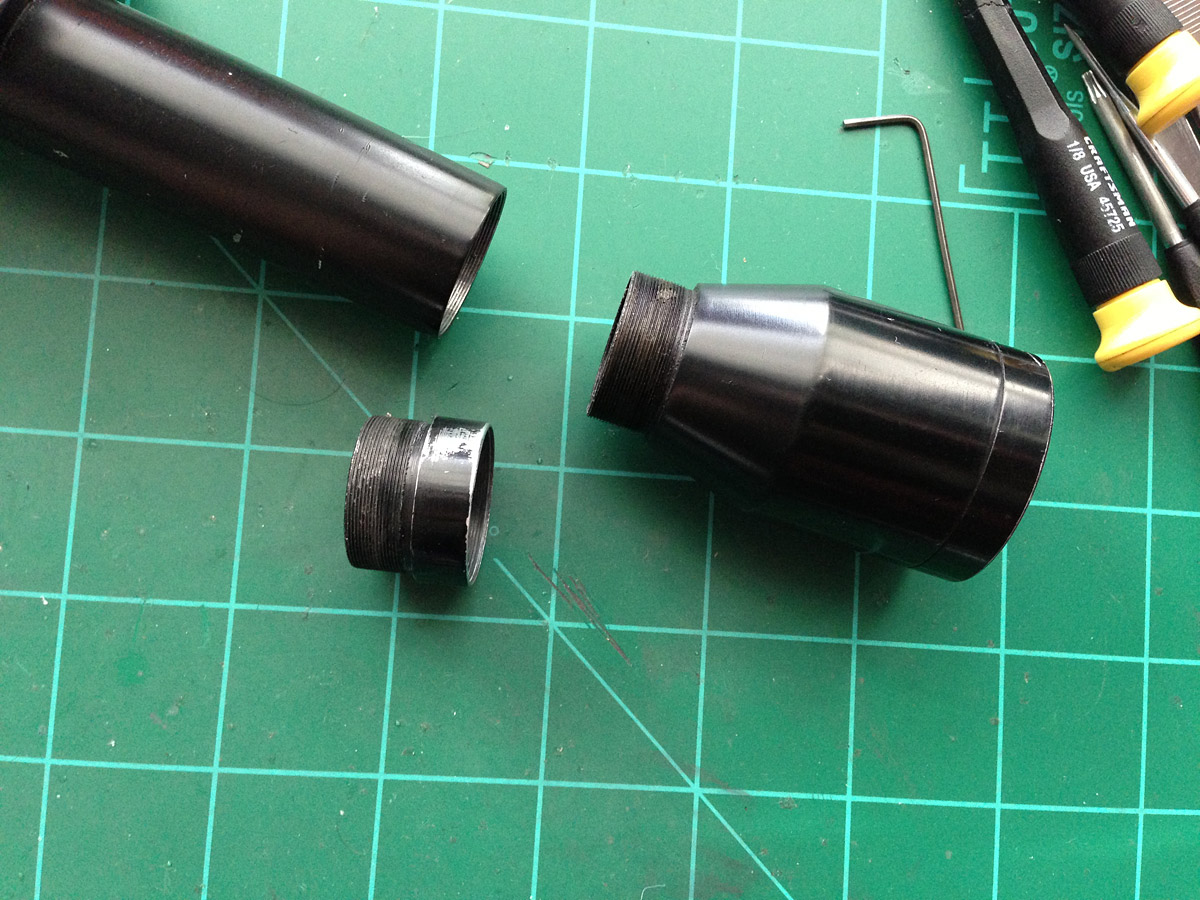 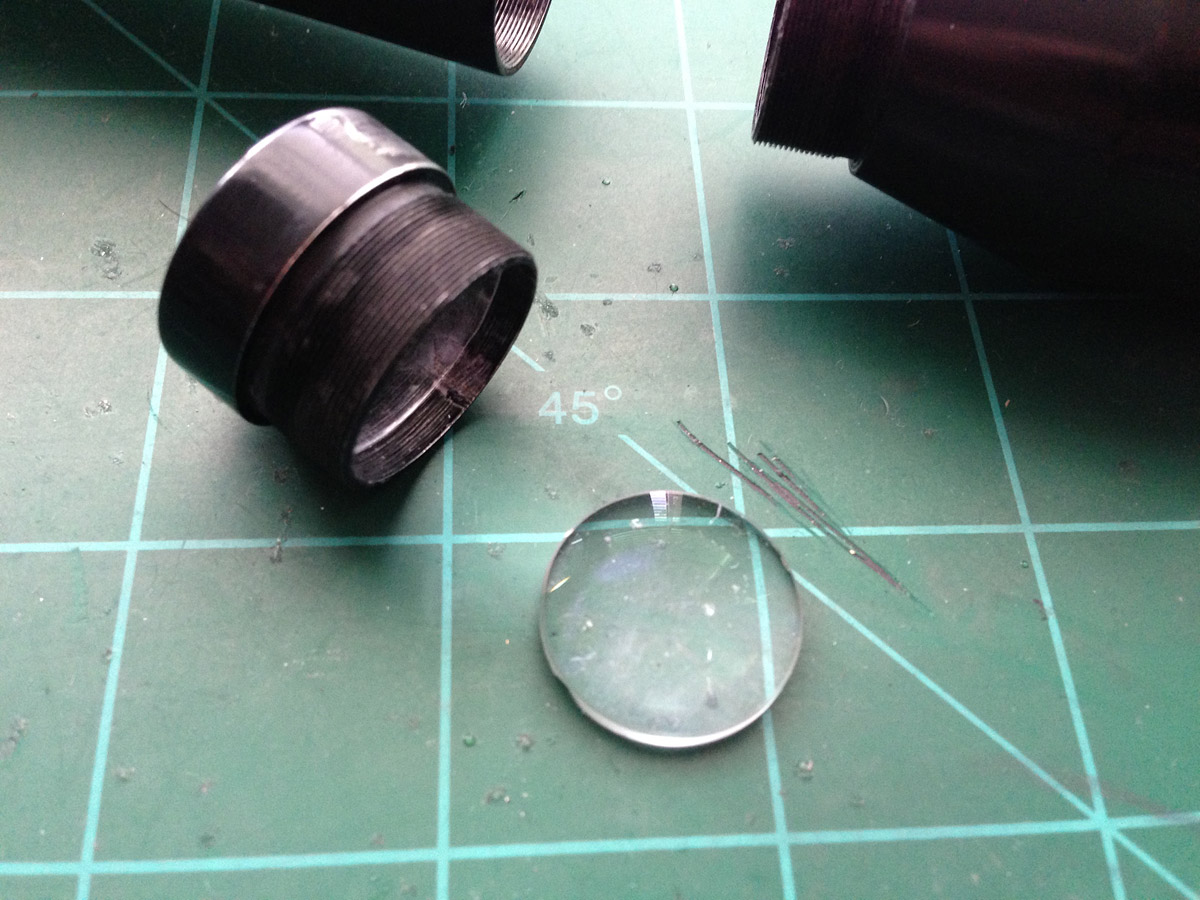 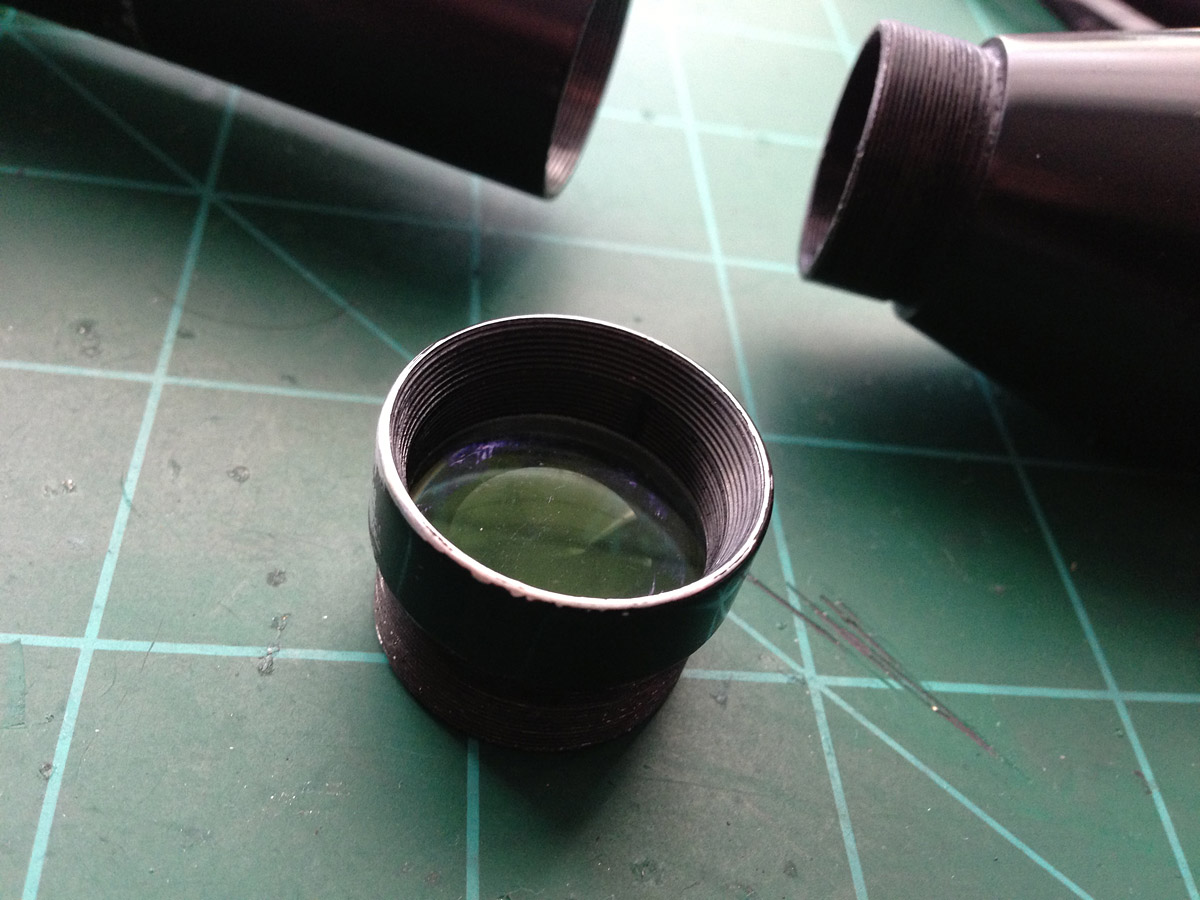 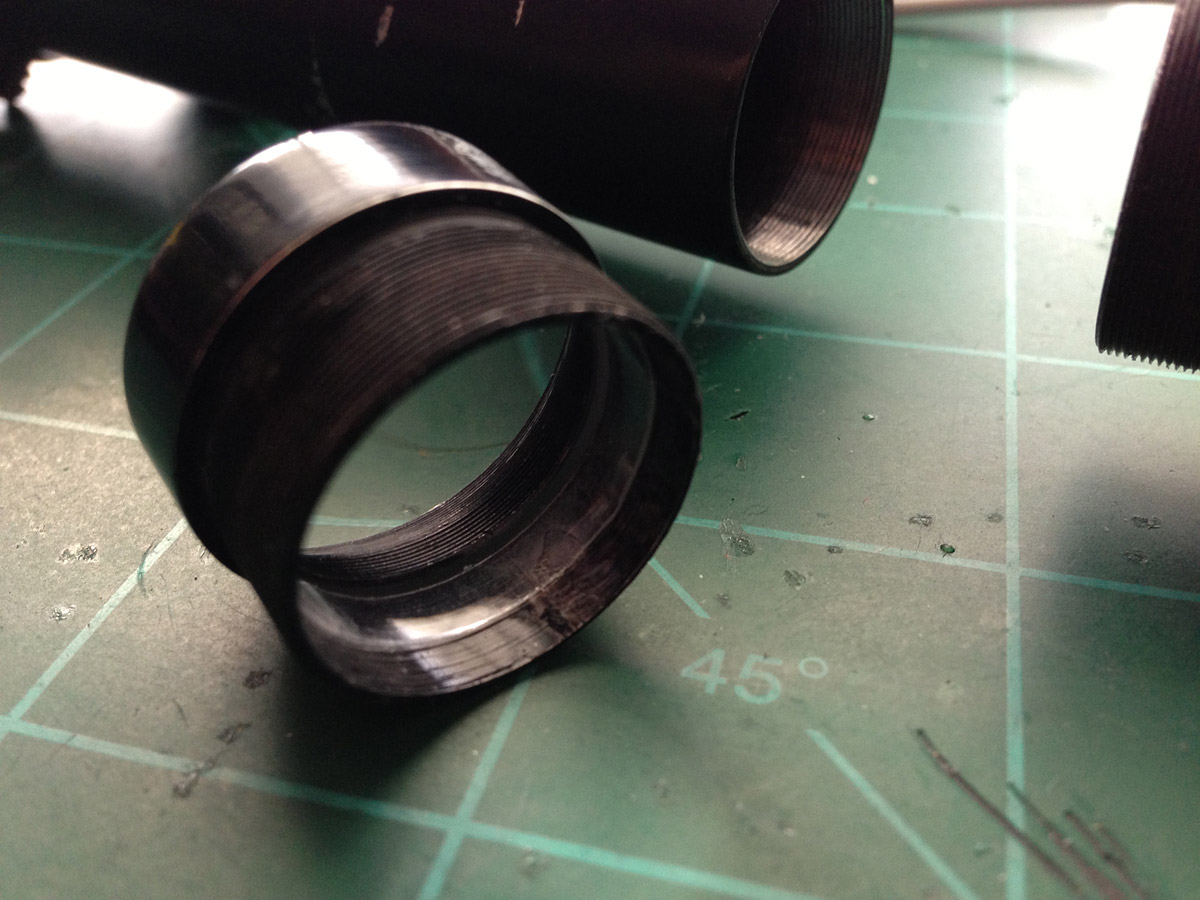 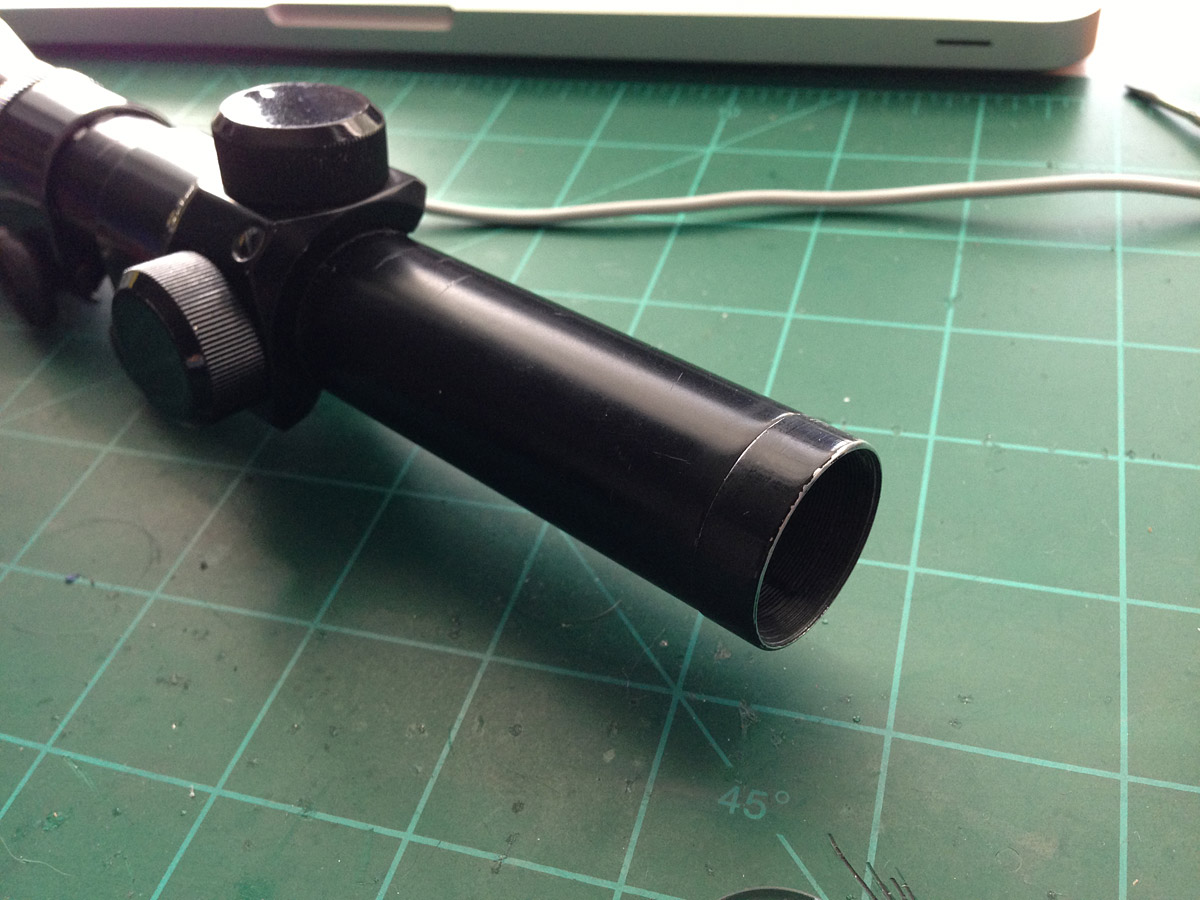 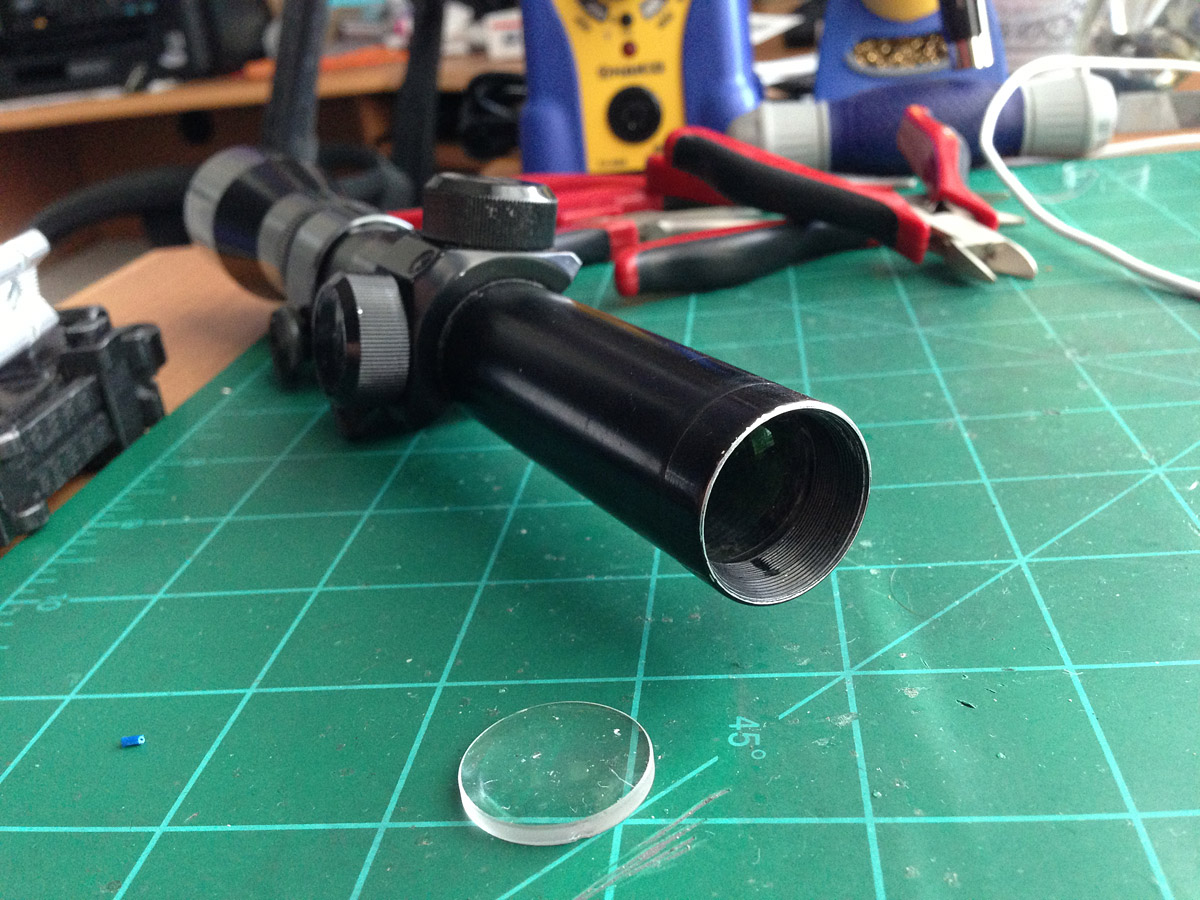 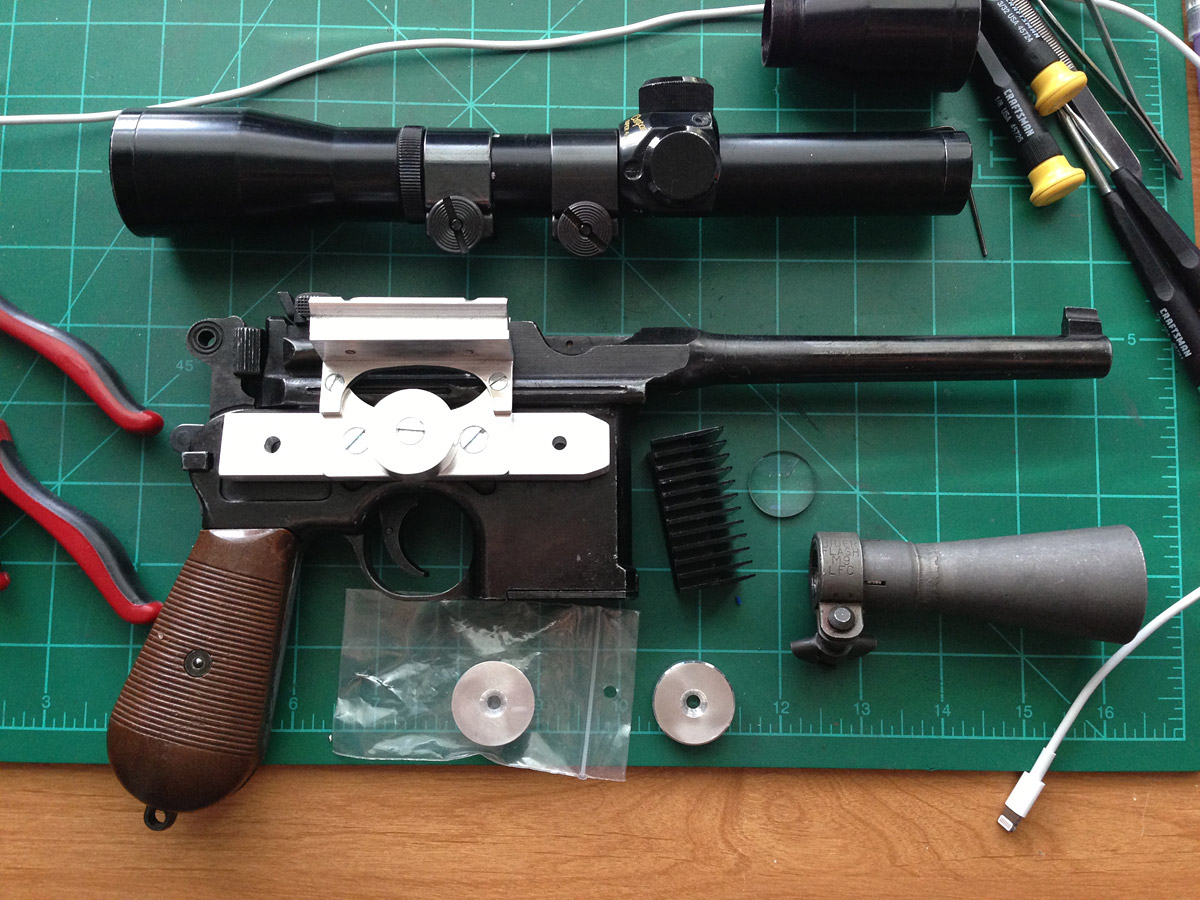 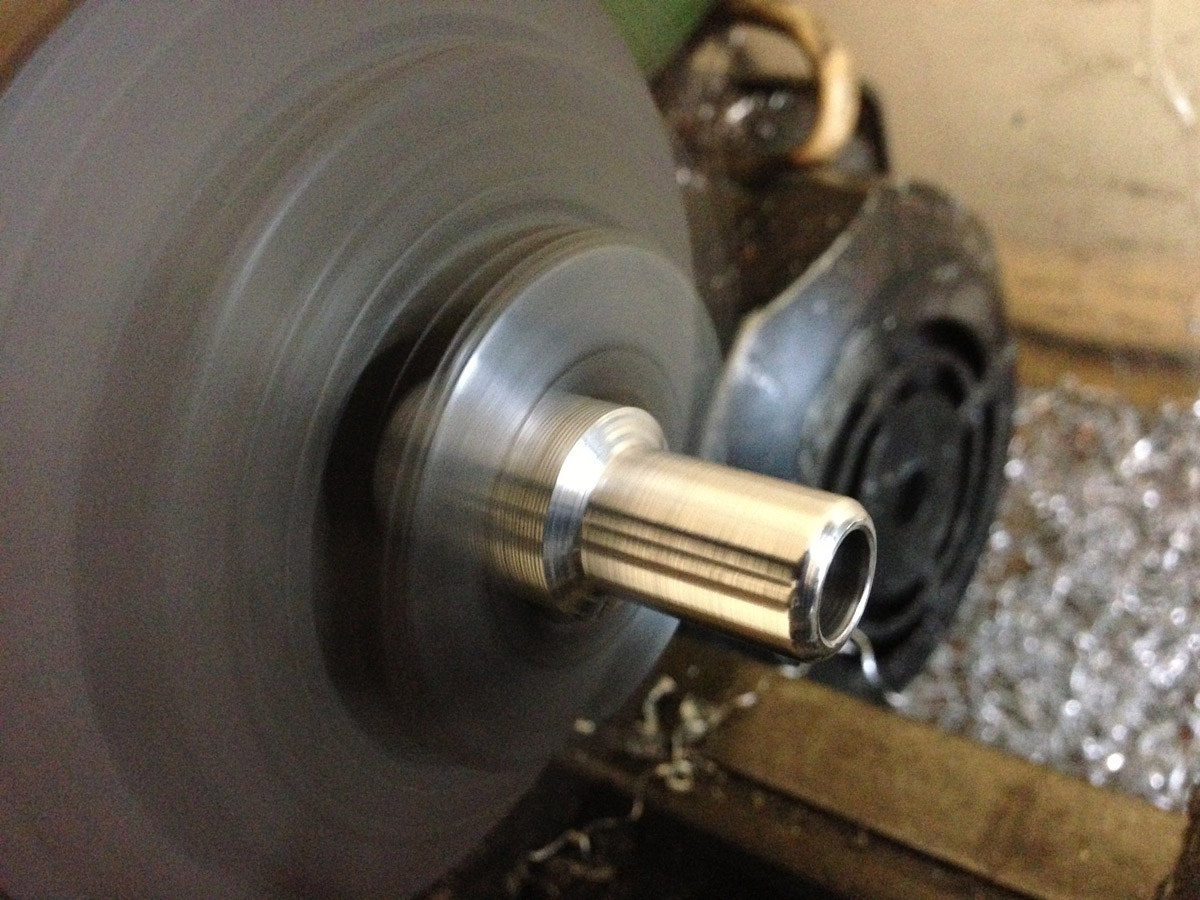 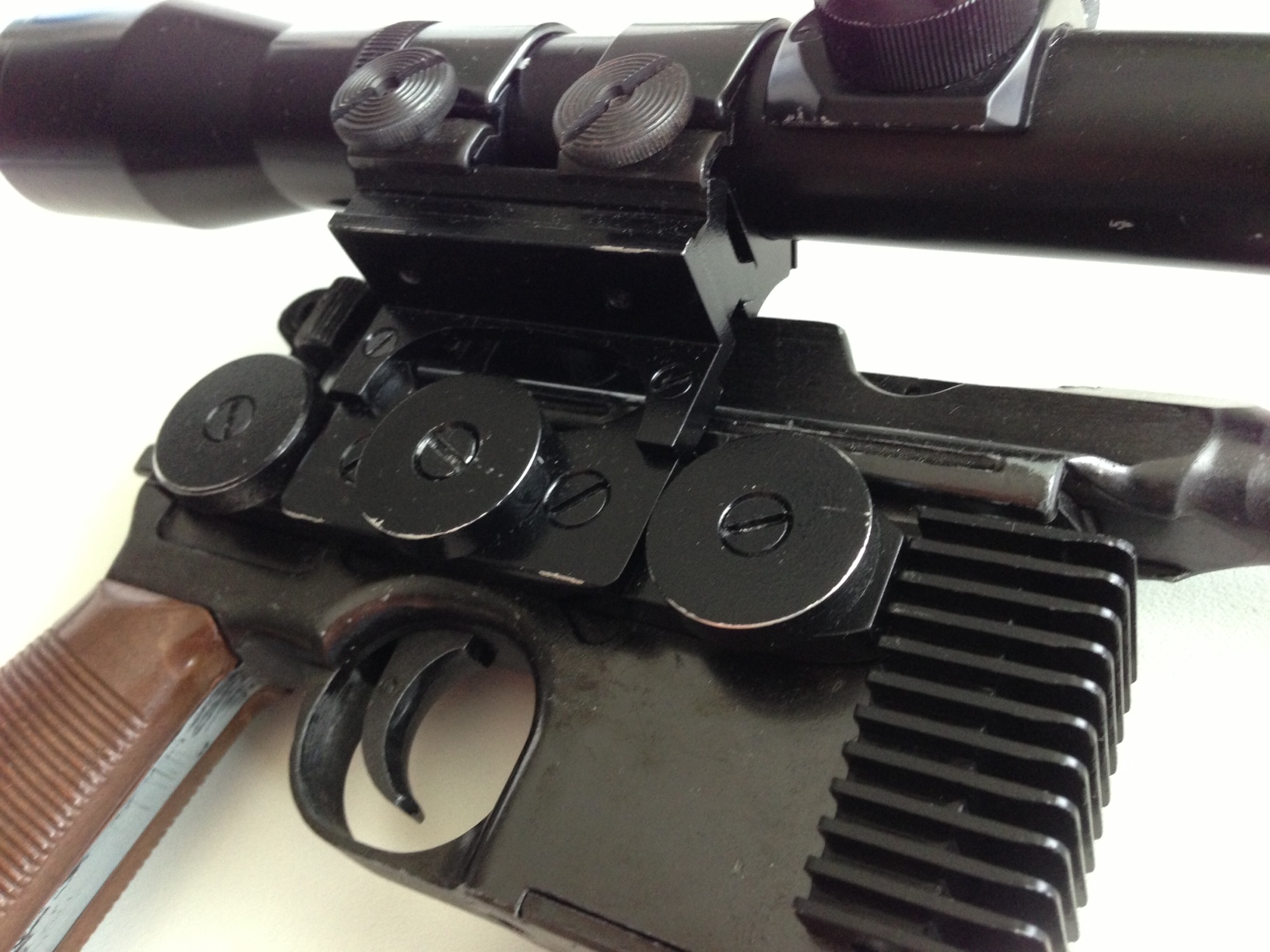 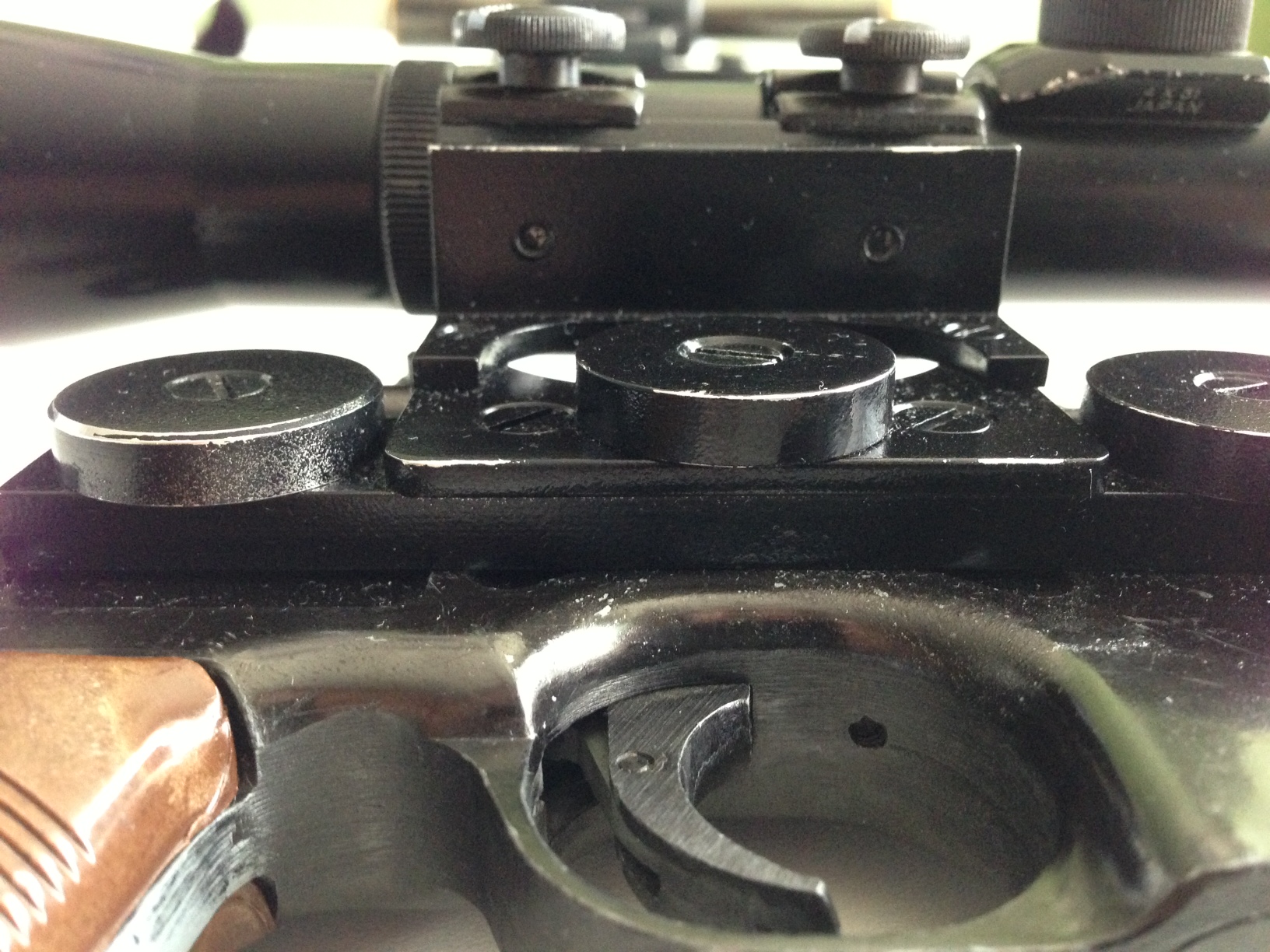 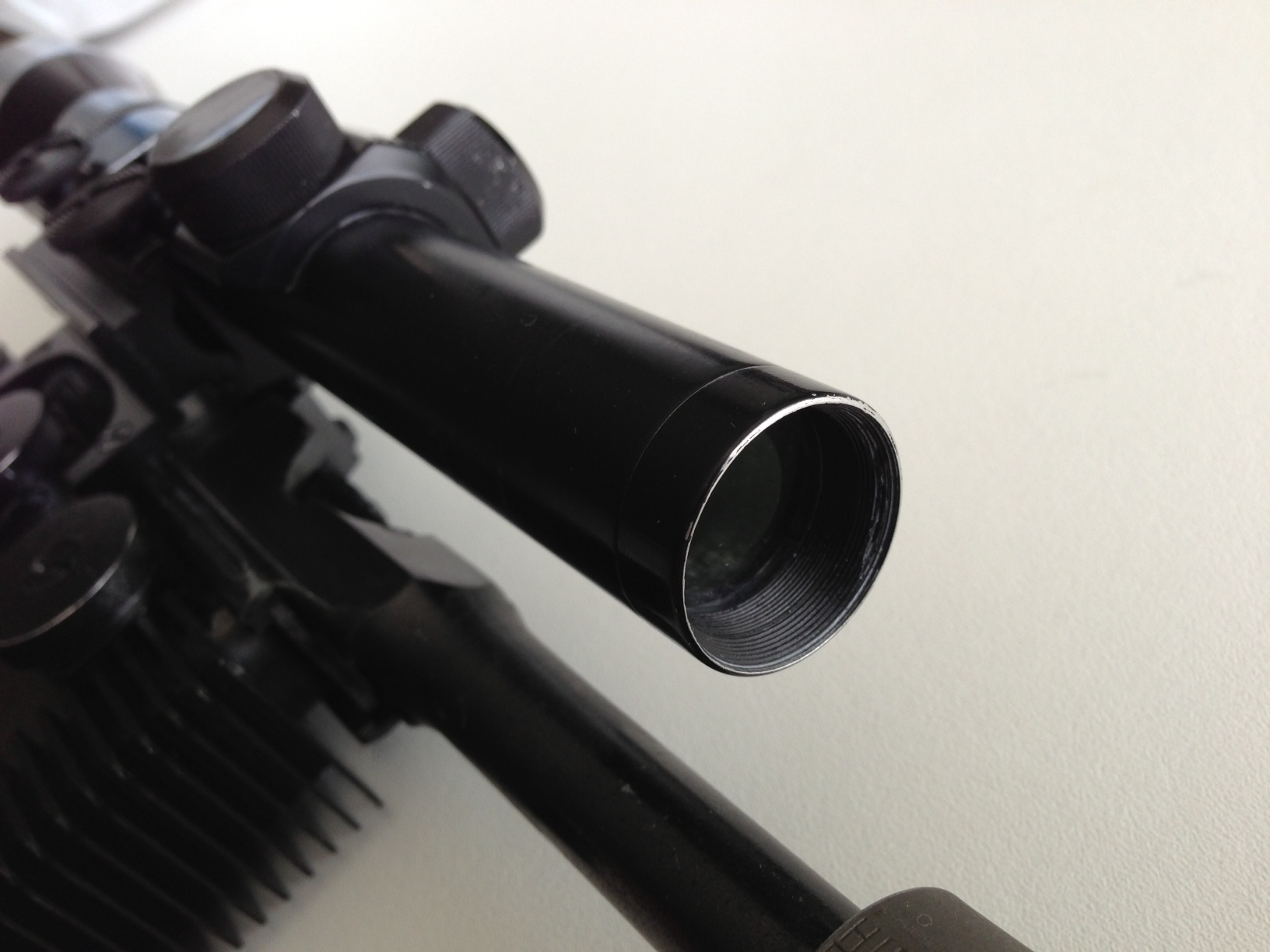 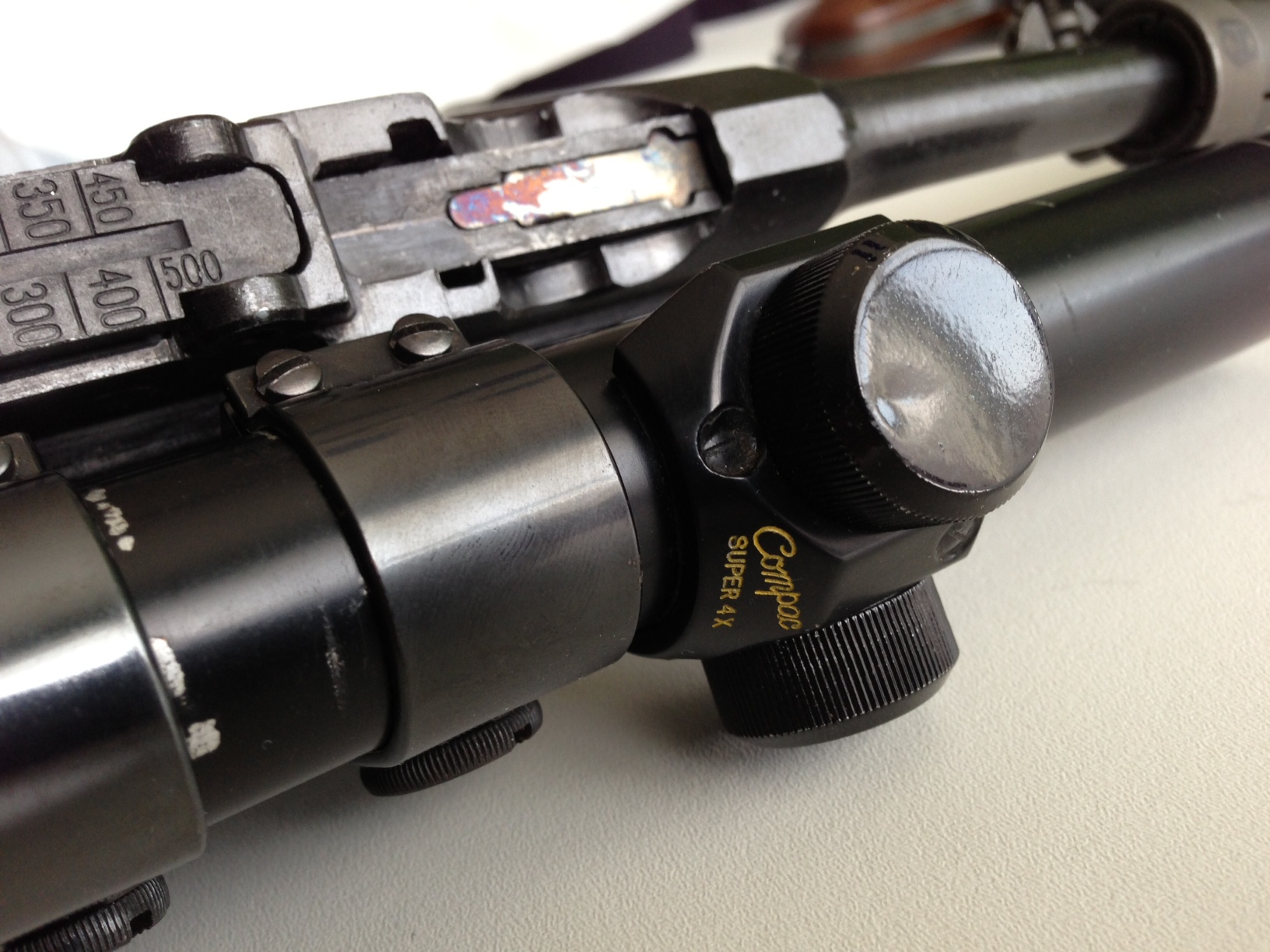 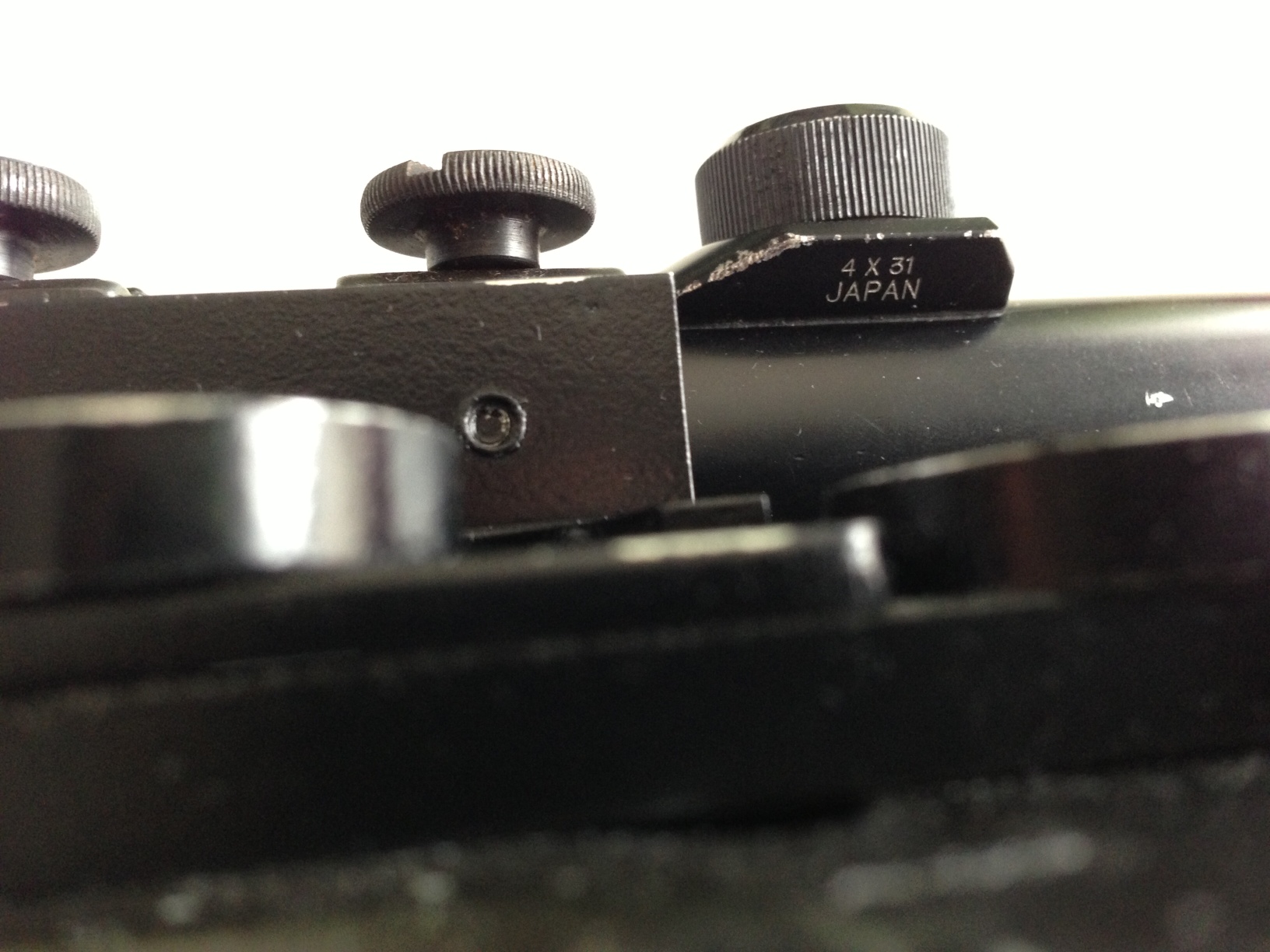 Since it's not the correct lens, there's no way it will focus anymore, but its still REAL. ^_^ 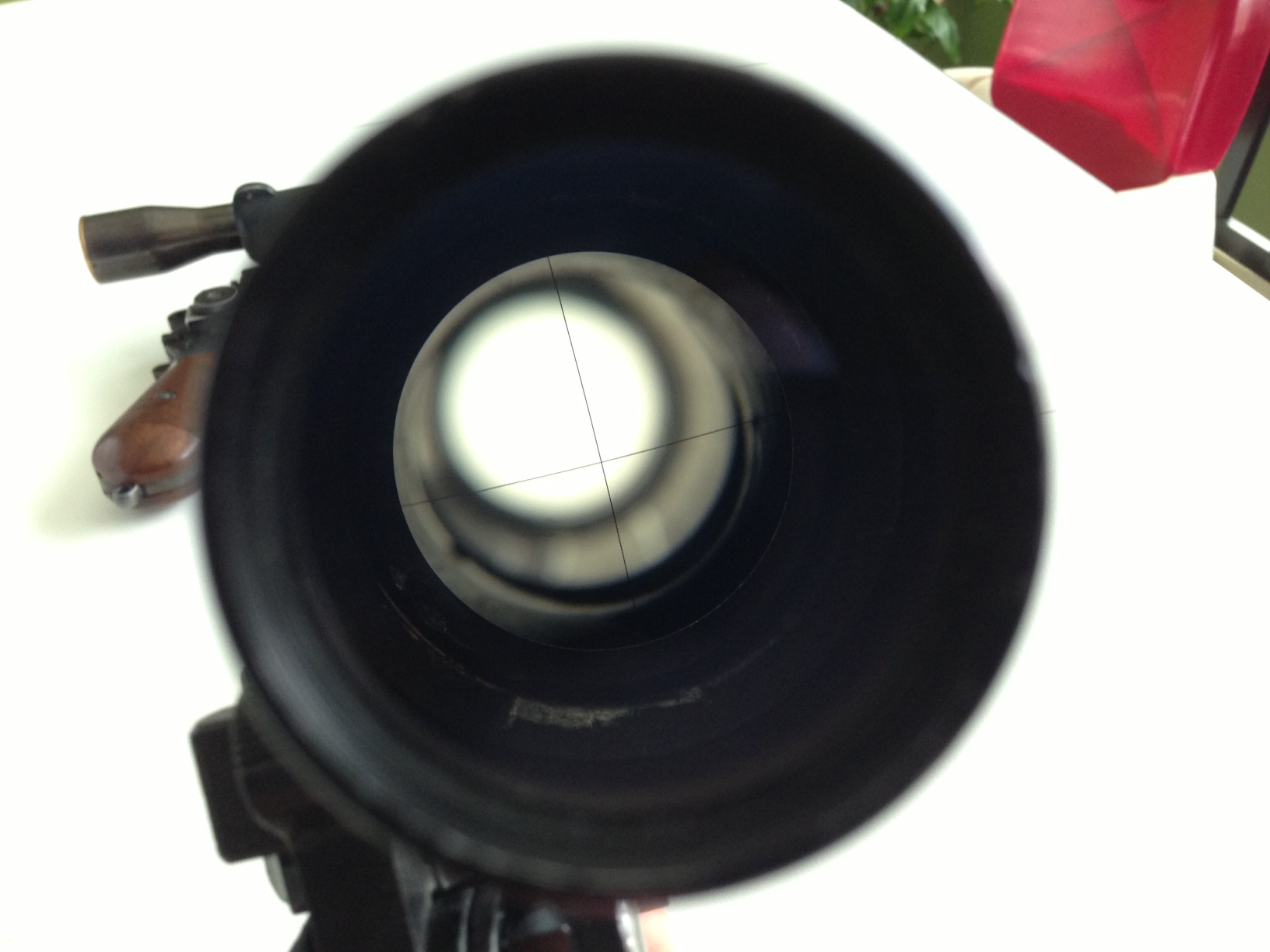 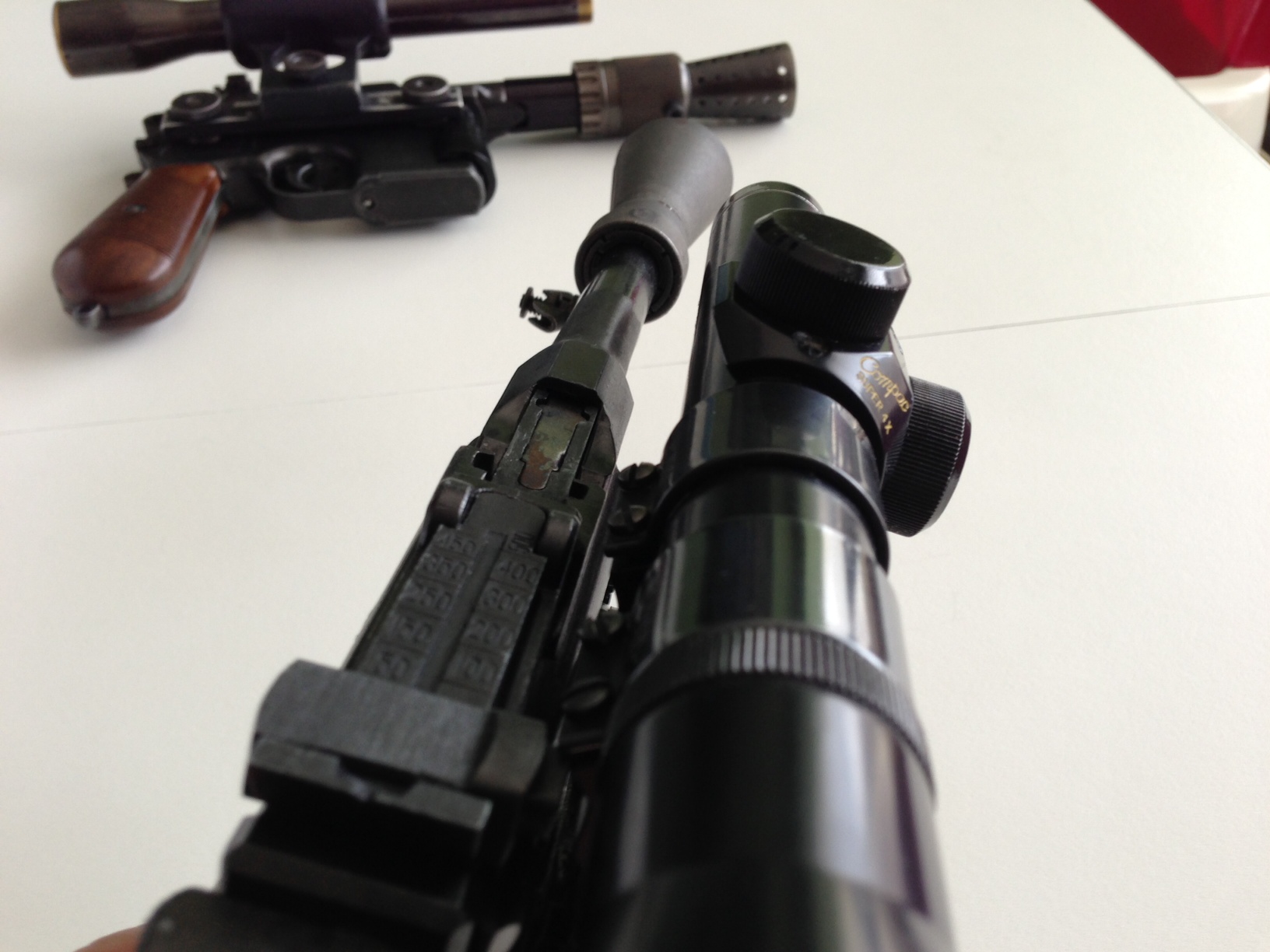 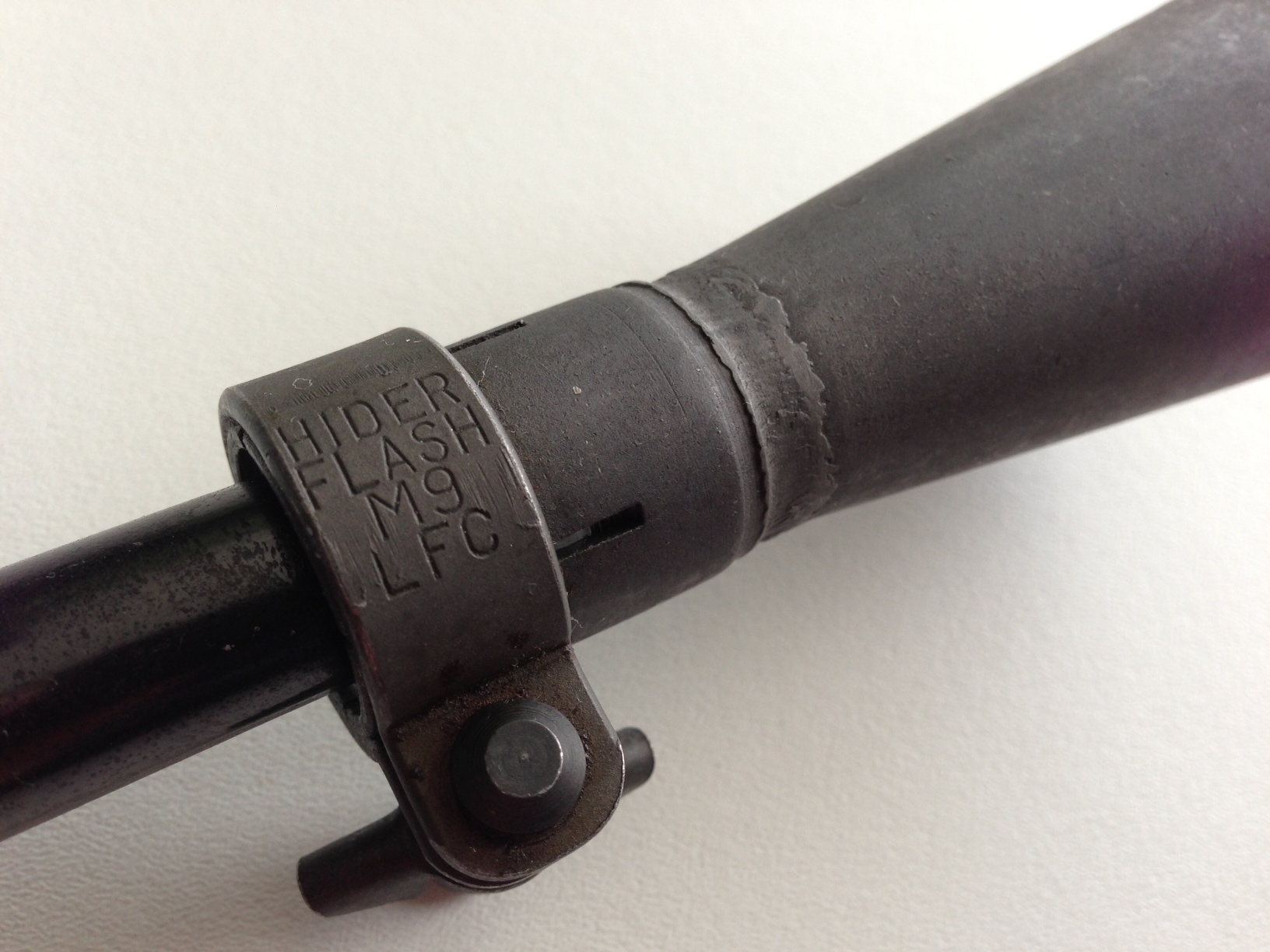 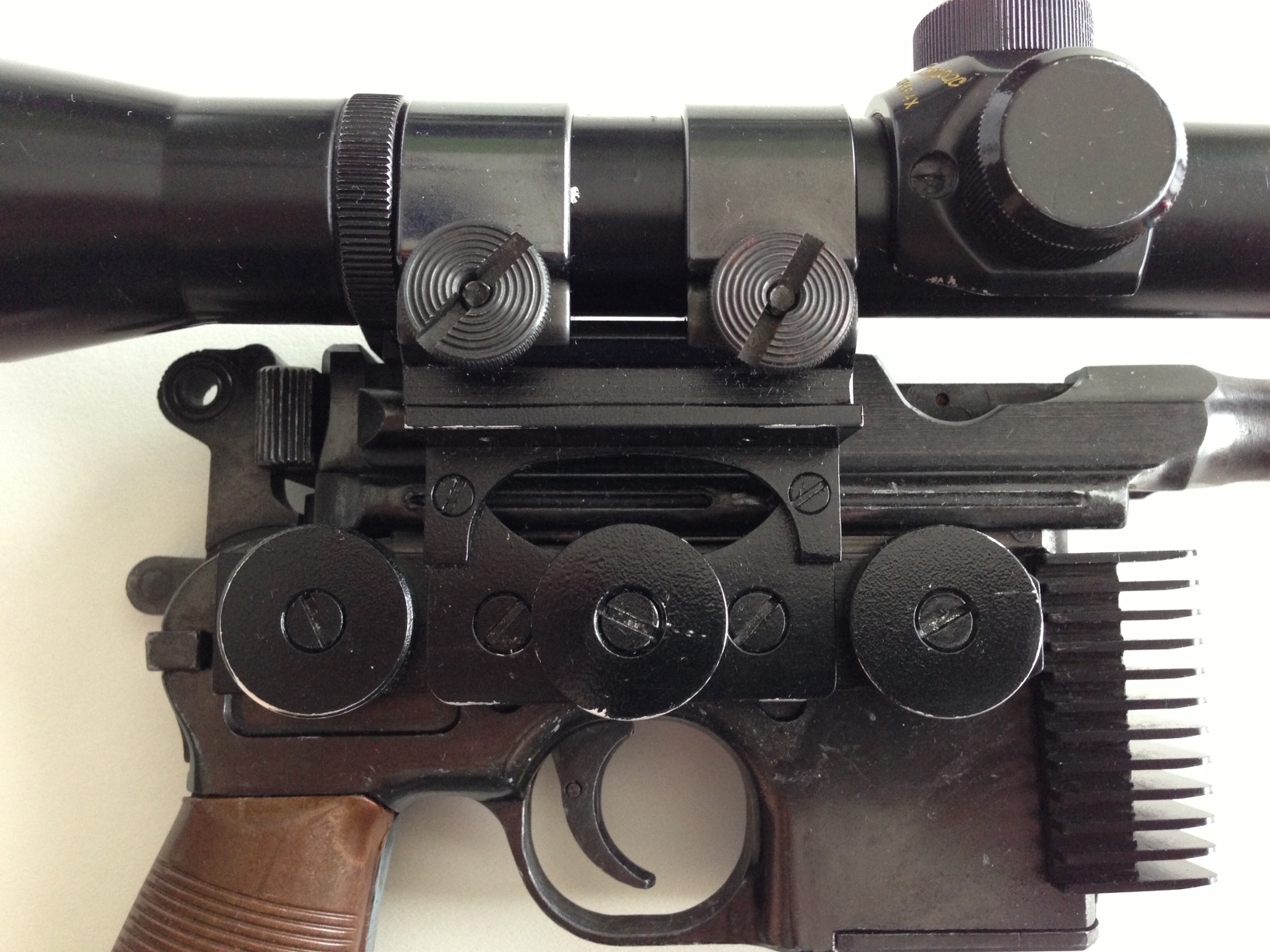 Next to its sister. My Hero is still a work in progress. I weathered the cross bar, but waiting on steel bull barrel and correct grill. 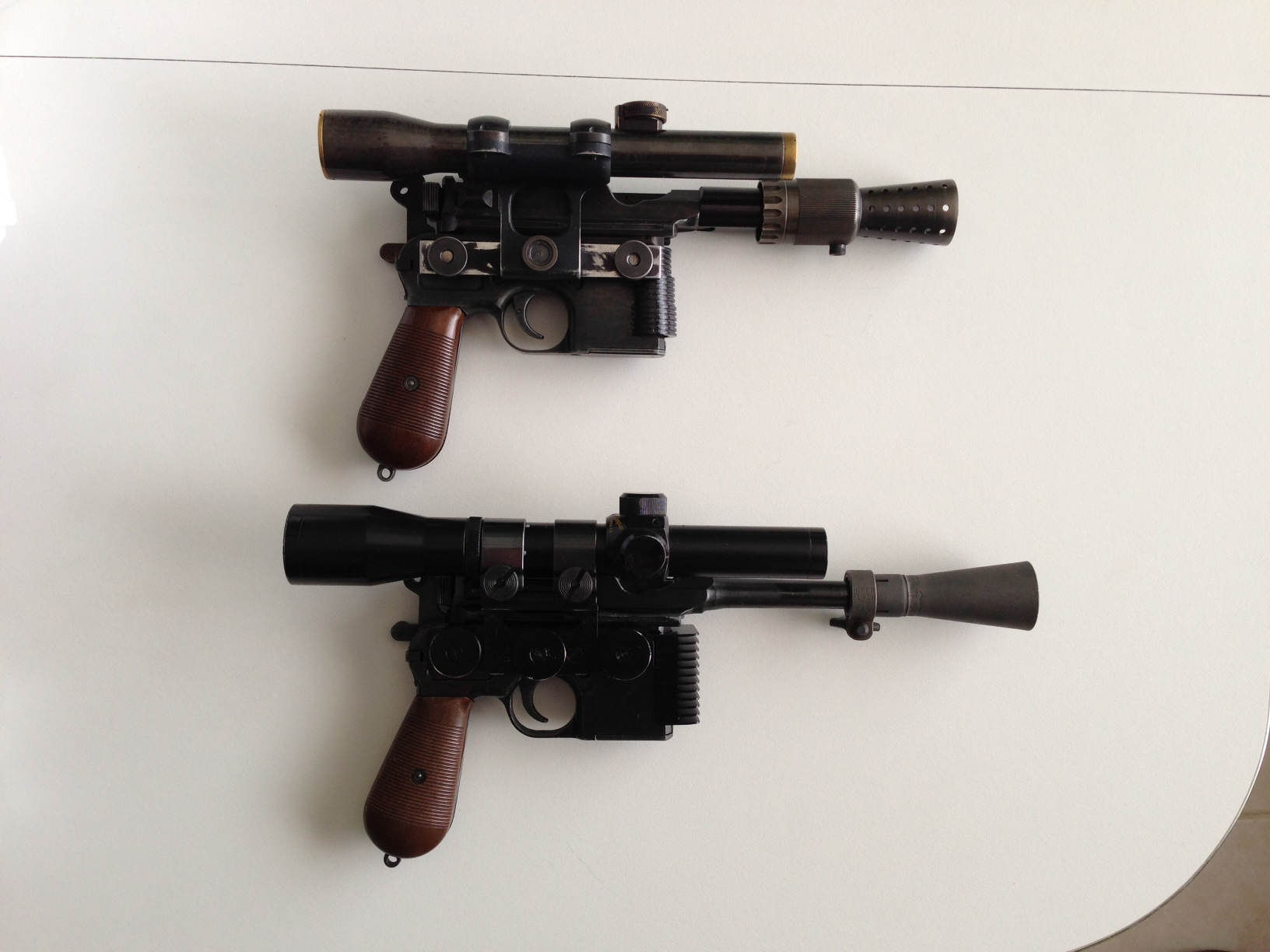 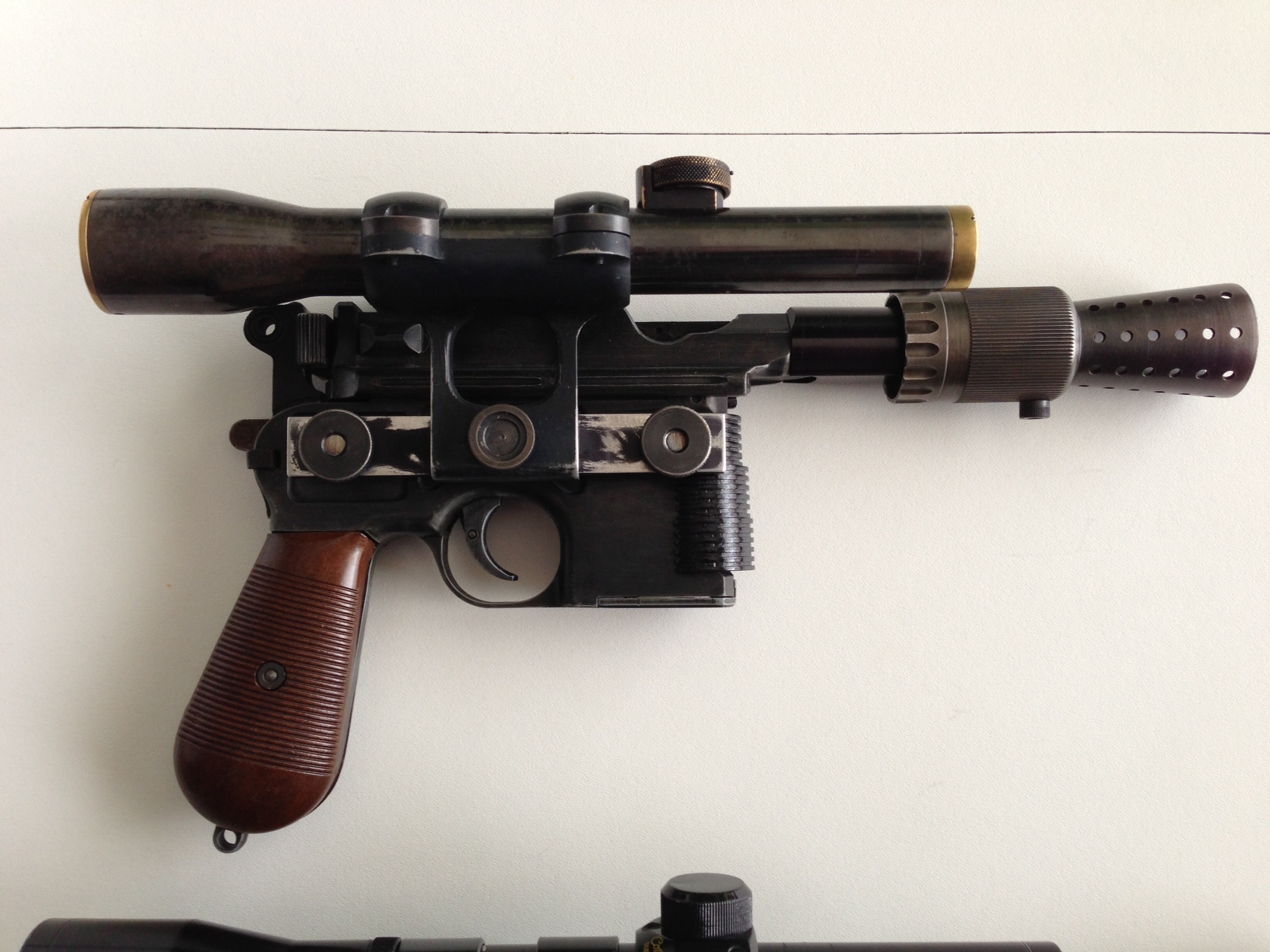 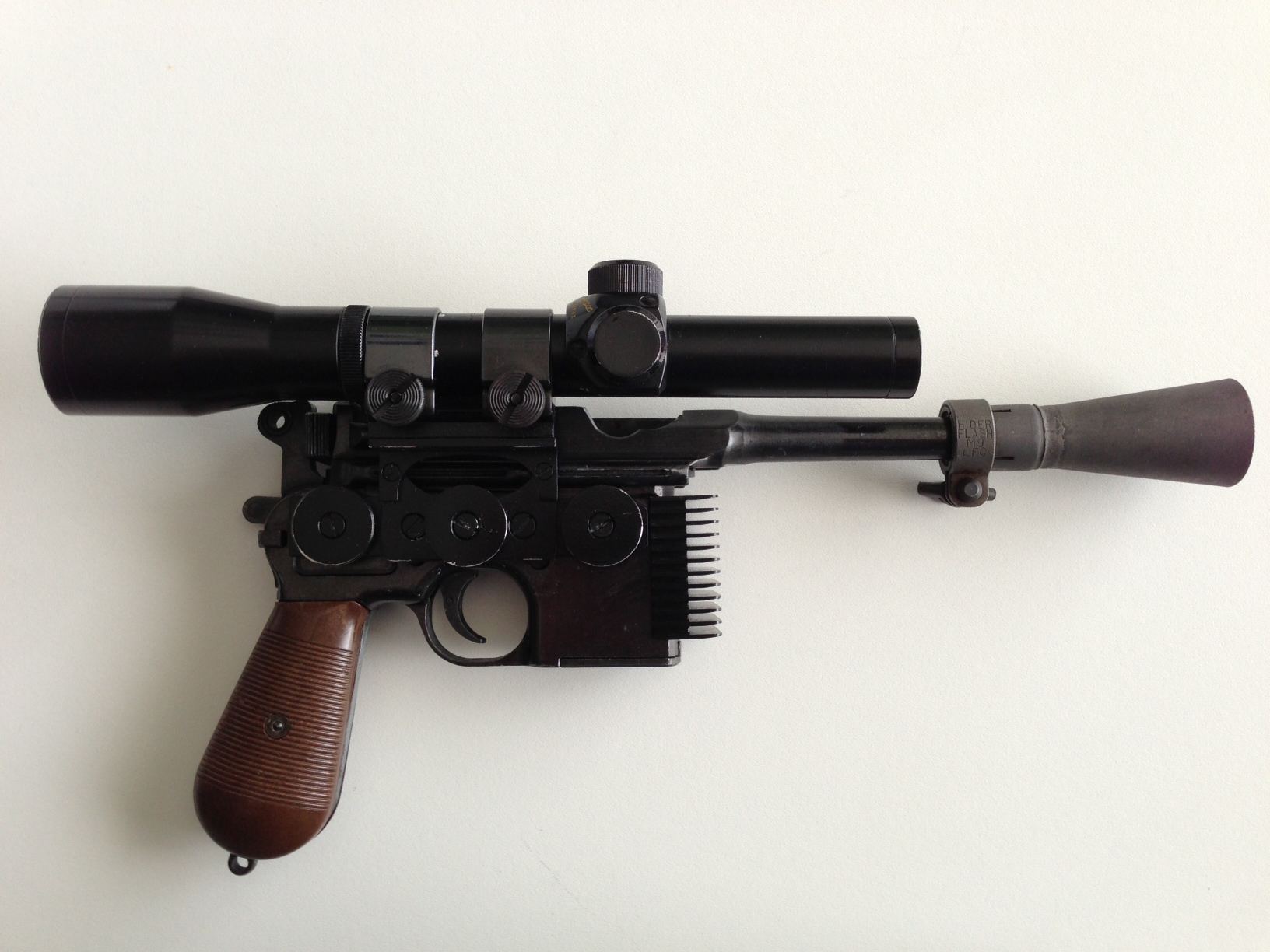 No sound on this one... just a static prop replica this time.

Oh to have a lathe and to know what to do with it.

Thanks man! I think I'll do sound on my next one... maybe a light or laser too. We'll see as it won't be easy.

Looks great! I need to get a Denix so I can have a proper GK, as opposed to my plastic airsoft :lol

Thanks! Ill bring it if we get this mini meet going.

At first we blaster builders were few...
It all started with BobaDept, then came kurtyboys and my time and you guys have taken the "leadership" with your talent and passion

I am glad that at least some of us appreciate a good ole´blaster build
Keep the pics of new projects coming gentlemen...I try to catch up again, when I have some spare time :lol

Looks great! Are you gonna add a small screw to the grill?

not anytime soon. I'm going to skip it until it bothers me enough.

I figure it's easiest to put my blaster builds for myself in one thread, rather than new threads so here's my latest.

I really wanted to do an ESB next, but since everyone does Han, and since I have TWO already I though Luke's blaster was feeling a little left out.

This is an MGC again as I got really lucky a few months ago with finding them. I also was able to find a real M19 scope, and that sealed the deal. Also, since I'm in the middle of a commission Han Solo ESB build for someone, I had the opportunity to order a scope bracket from blast tech, and a flash hider from evolution props off of ebay.

Since Luke's blaster's flash hider is quite different from Han's I emailed Gabe and asked if he could do a Luke for me instead. So I provided him with HD screen caps and all the photo reference I could and he modified his Han flash hiders to more resemble Luke's. To me its almost a perfect fit. ^_^

The blast tech mount is pretty decent although I felt the mounting hole was in the wrong spot, so I made a new more accurate mounting hole. I topped that off with a corellian exports knurled knob, but I may machine a new one myself that is closer to Luke's when I have some time.

I also bought a Revell Visible V8 model engine kit for the Han piston greeblies, and used the one piece for my Luke side greeblie, and a resin motor coil piece. My Revell kit was too new to have that part >_<. 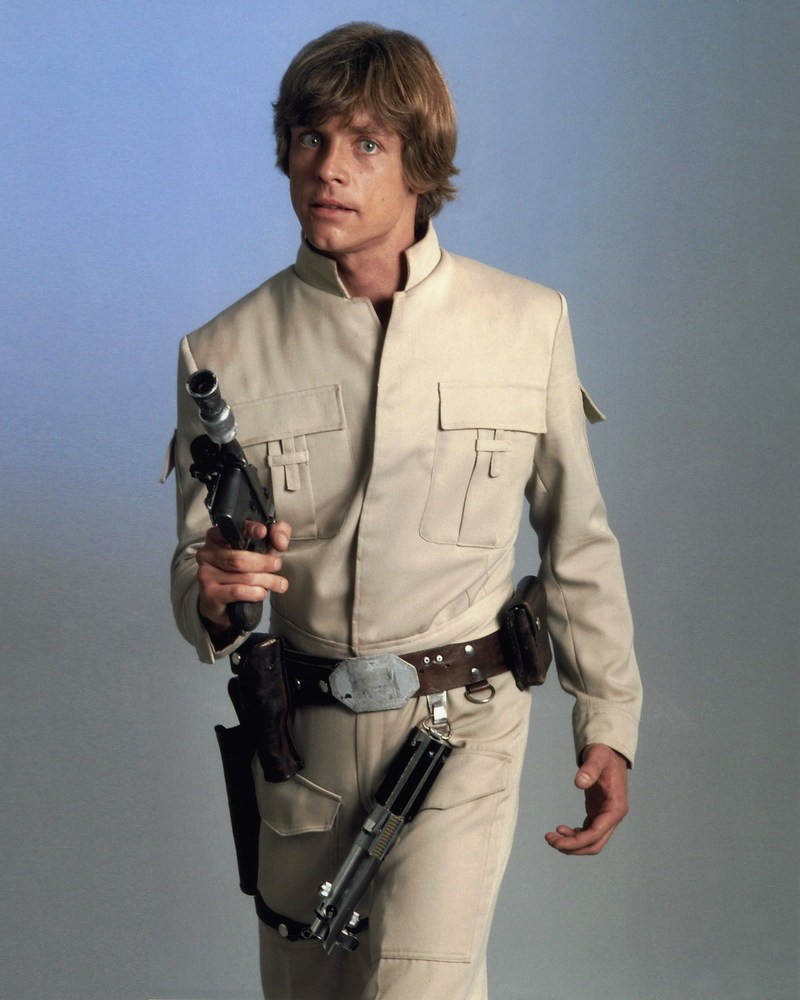 and now my Luke DL44 blaster

This CE knob seems a little too tapered in for my liking.

I might refinish the flash hider, as the Evolution Props machine marks are pretty deep. So I could chuck it up in the lathe and smooth it out a little.

One REAL greeblie and one resin one.

I damaged my real piece when I put it on the wrong side... so I after the epoxy dried was when I noticed and the pliers scuffed it. >_<.

With its sisters. GK, and ANH w/sound WIP

Will update when I make some little changes to them.

I envy your photographing skills Scott!!!

Very nice blasters you have there

I never get tired of looking at DL44's, especially such nicely finished ones!

Luke's is one of the few MR Blasters I have left but I know I'll have to do one at some point. Add it the list.

Dude, awesome job! Glad to see you finally had some time to make a few for yourself! Gotta love the GK and ESB. I never understood just how much of a difference in size there is from the GK to ESB until I had built one of each myself, and your pics definitely demonstrate that! Congrats on having the luck/patience to get such accurate parts for such great replicas, also. Can't believe you scored so many MGCs, a Super Compac, AND a vintage M19.... Lucky dog!

Well I was very persistent and lucky... yes very lucky. I willed the universe to comply... and well, it did.

Thanks to you guys for the inspiration and wonderful comments.

And... today I couldn't let it be... the knurled knob really bugged me. So I looked at Lichtbringer's build and the reference photos I could find and made a new knurled knob from scratch.

here it is already almost done, as I forgot to take pics earlier in the machining 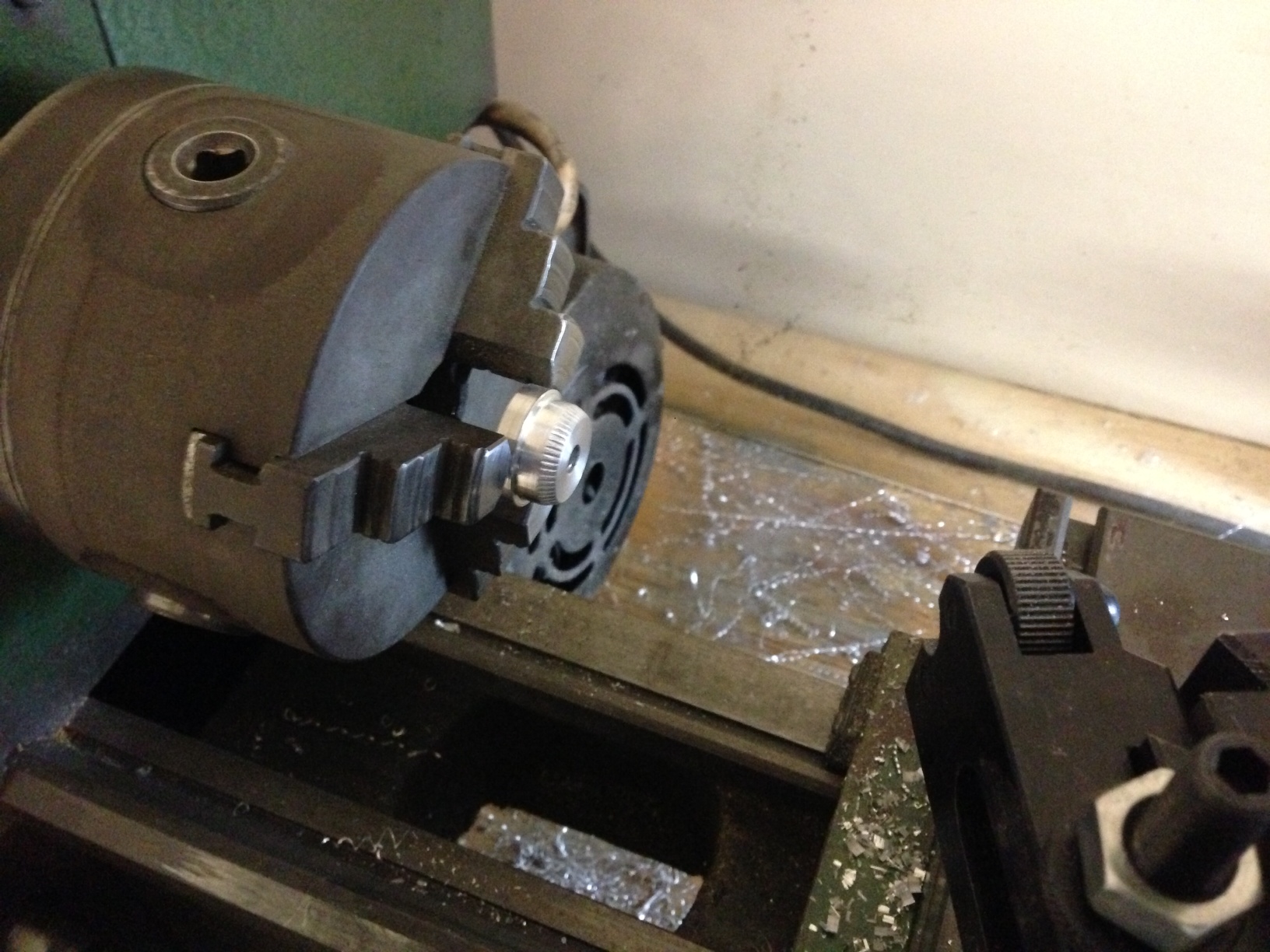 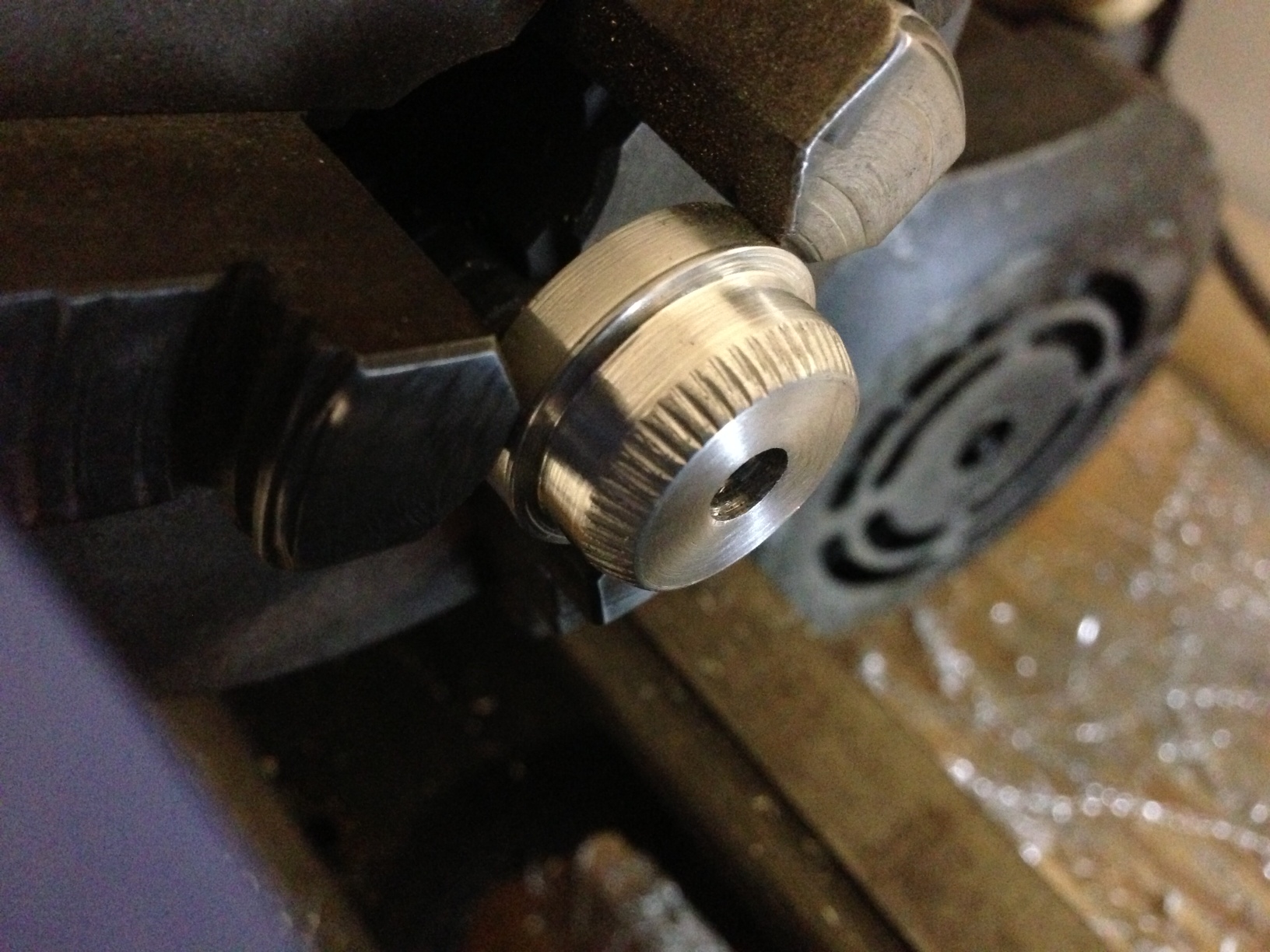 I HATE parting material on my old lathe... it's scary 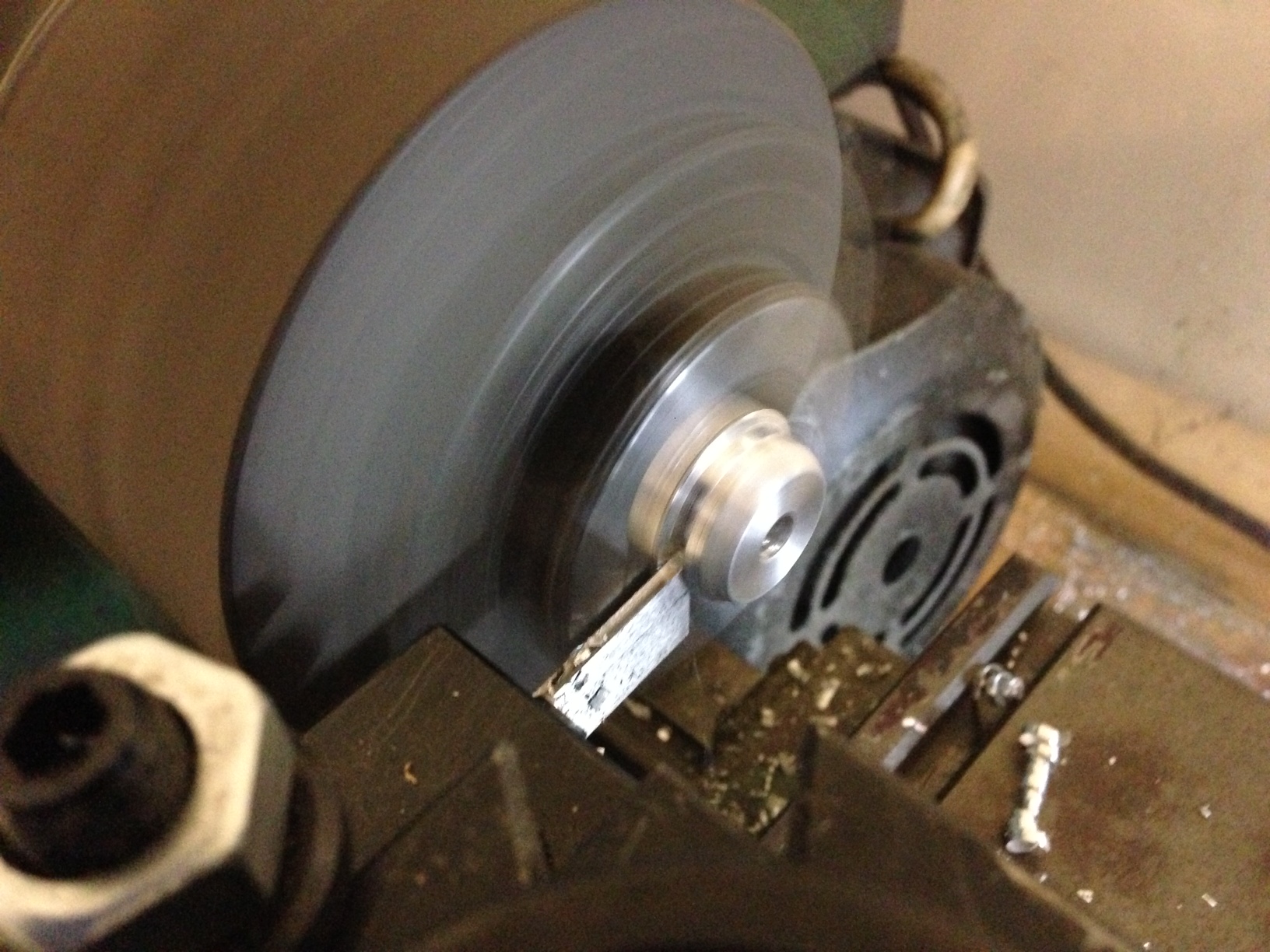 Next to the CE knob... I made mine about half a mm wider on purpose, but it looks much wider due to the way the CE knob's knurl and rake is so severe. 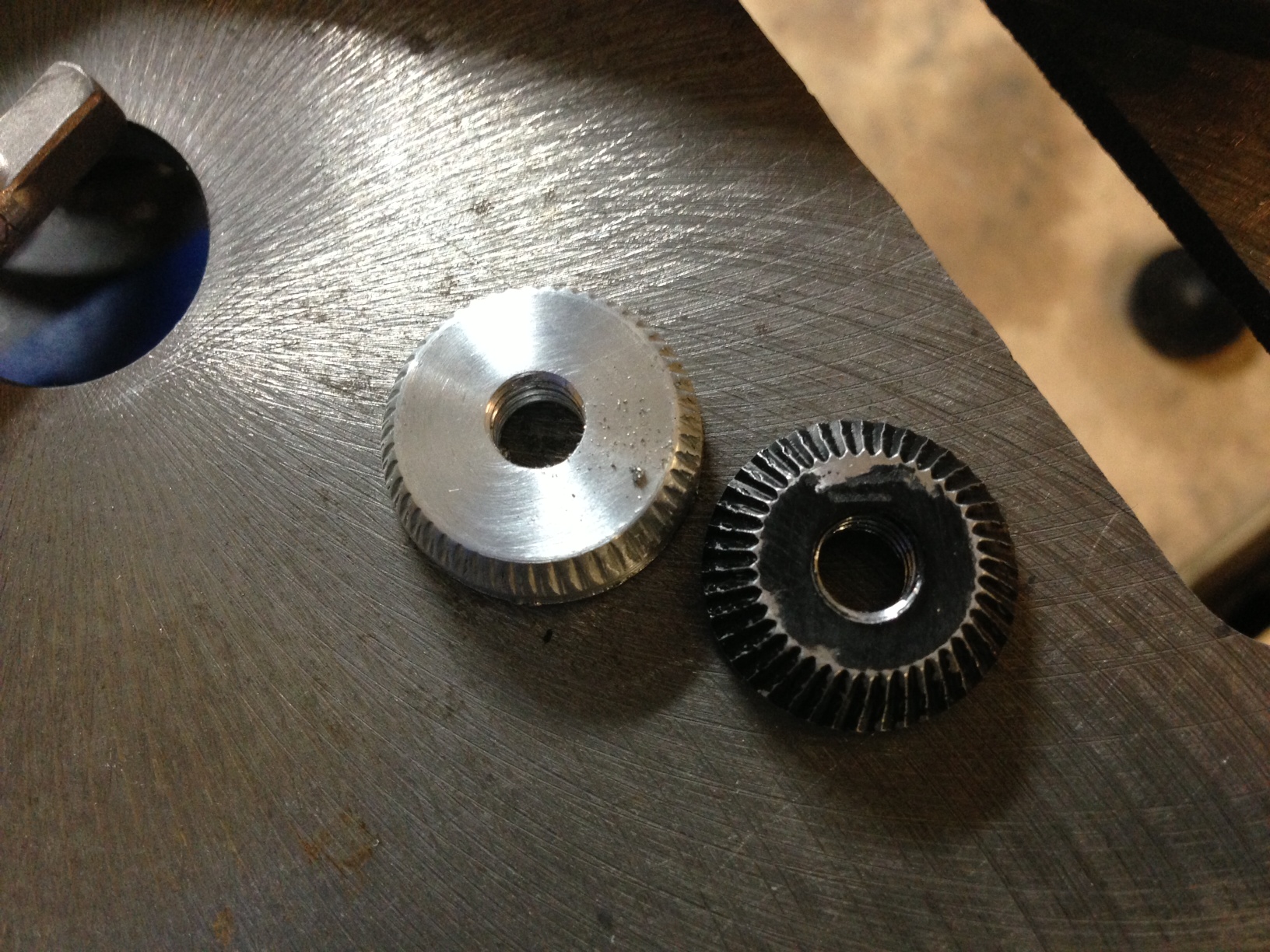 Painted enamel... then in the oven at 220 degrees for 20 minutes and cured enough to easily weather 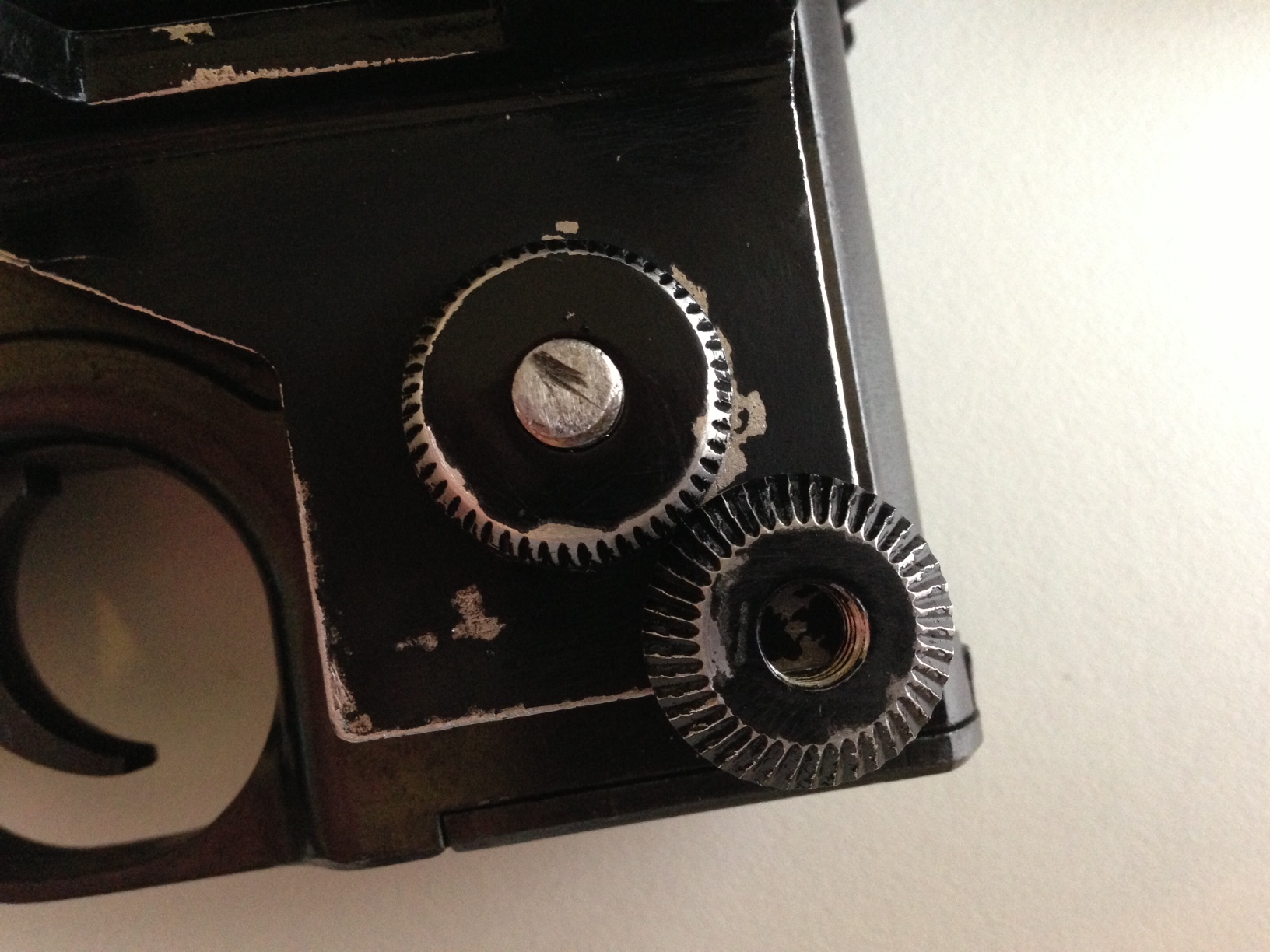 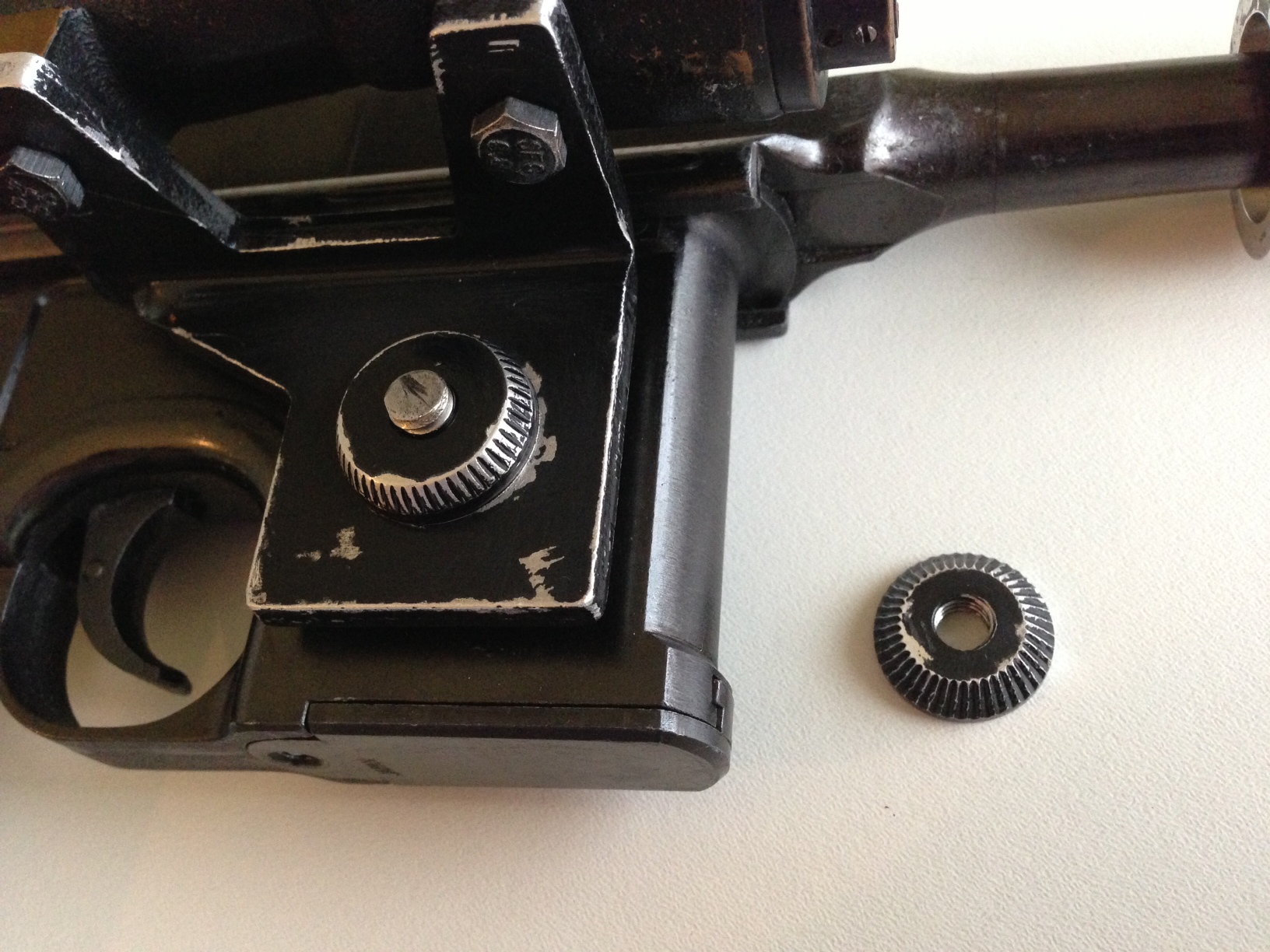 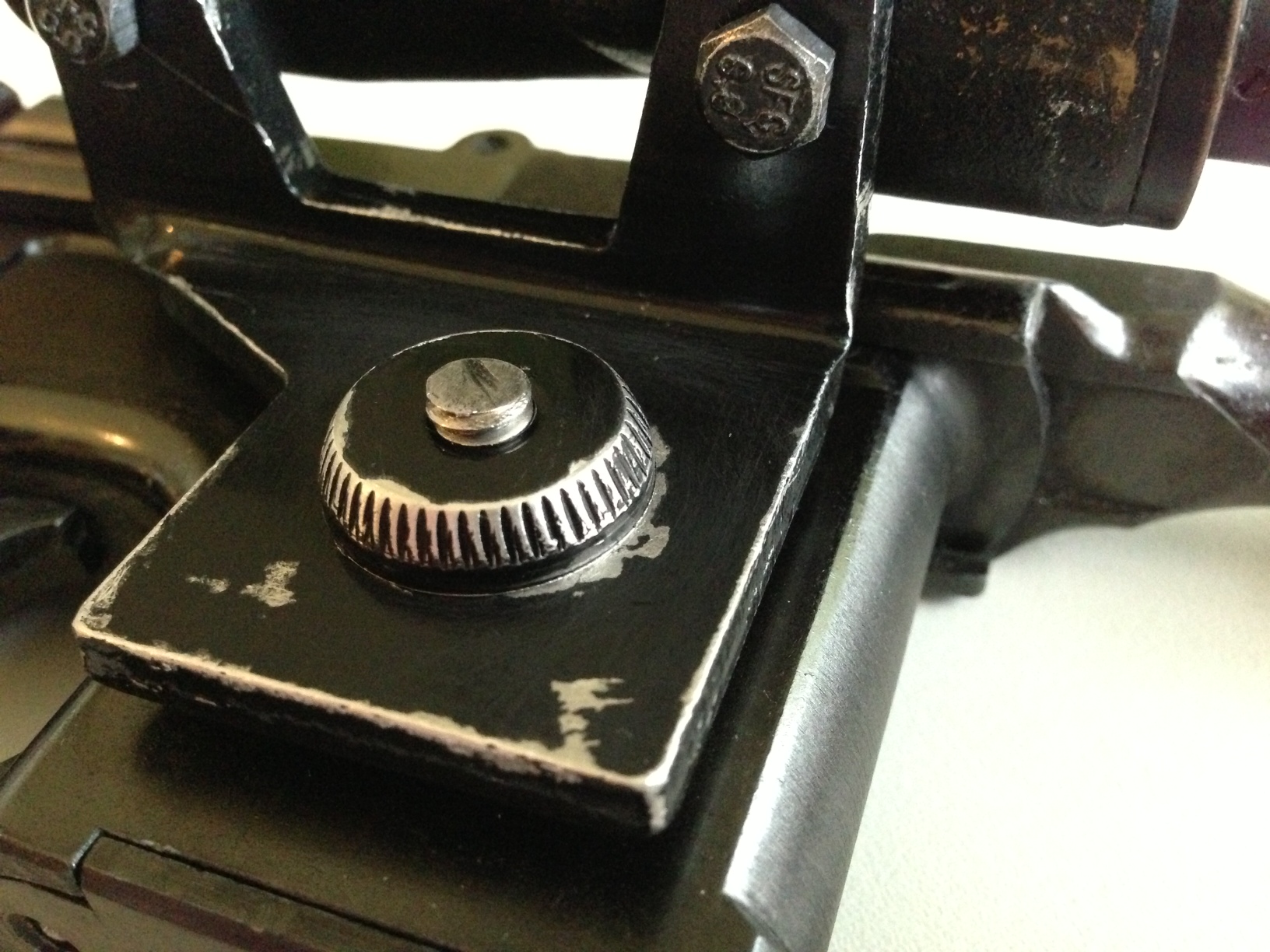 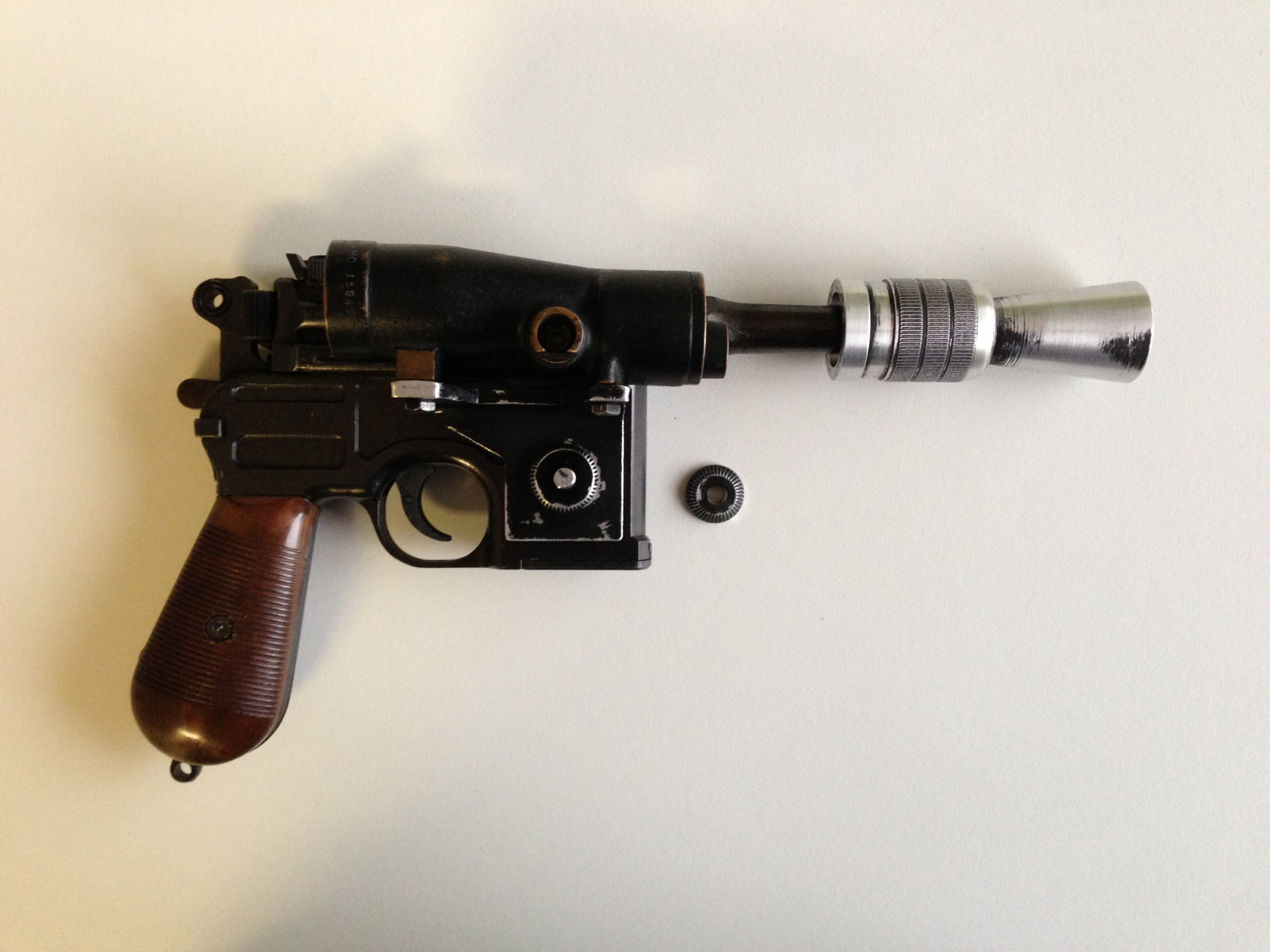