I've been keeping an eye on eBay and scored a mint, vintage George Dickel Whisky bottle for a Saurian Ale conversion. I don't know how this one got overlooked but I got it for $50, shipped. These amber ones usually go for more

This is the correct pale amber color. The glass, leather and brass are in fantastic shape and it has all the stickers, tax stamp, and even the little envelope with a gold foil sticker you cold personalize and attach.

It's almost a shame to do the conversion.

Any consenus on the correct paint color? And a source for a small amount? (One bottle's worth)

Any other tips or advice before I paint it? 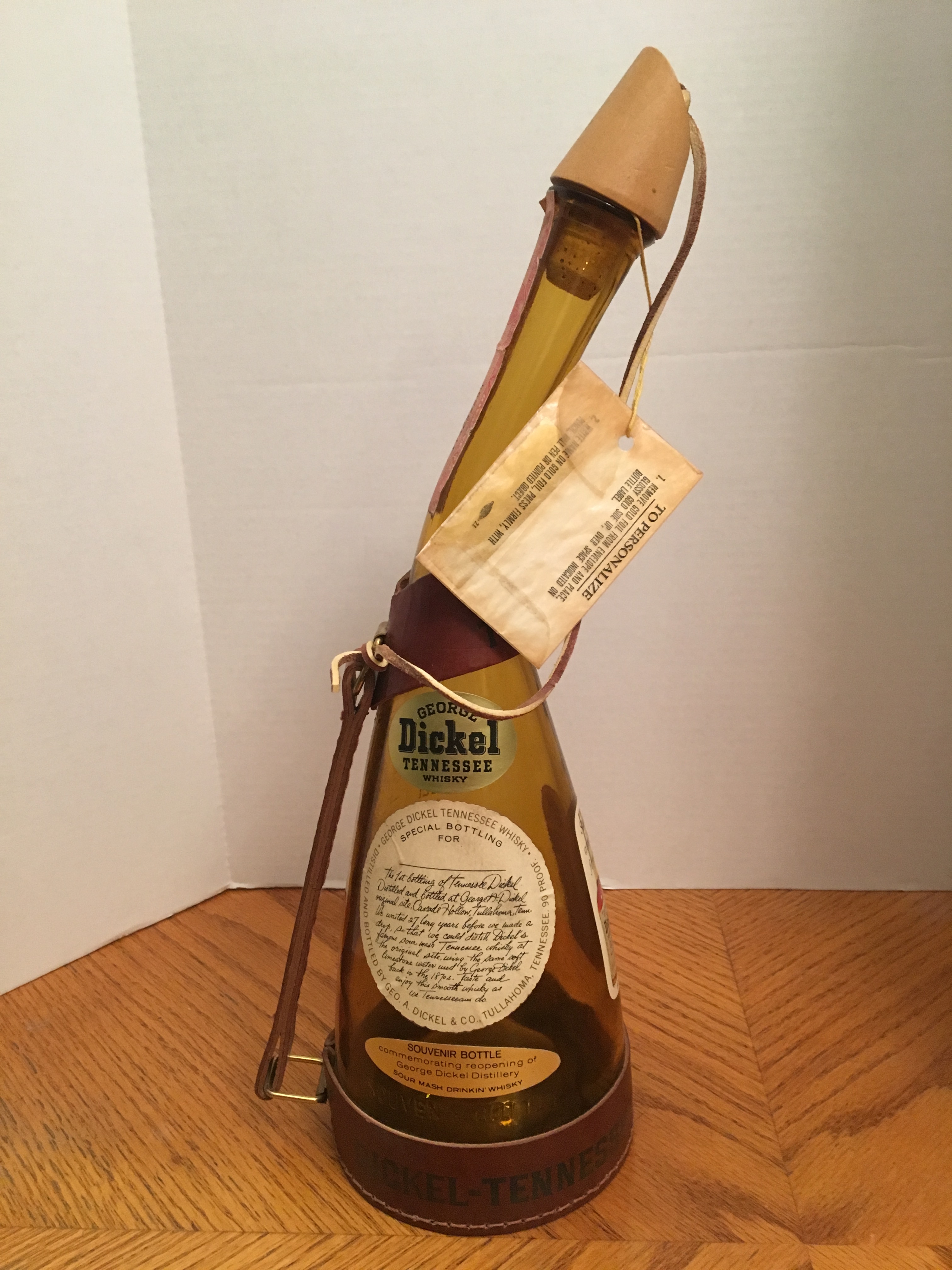 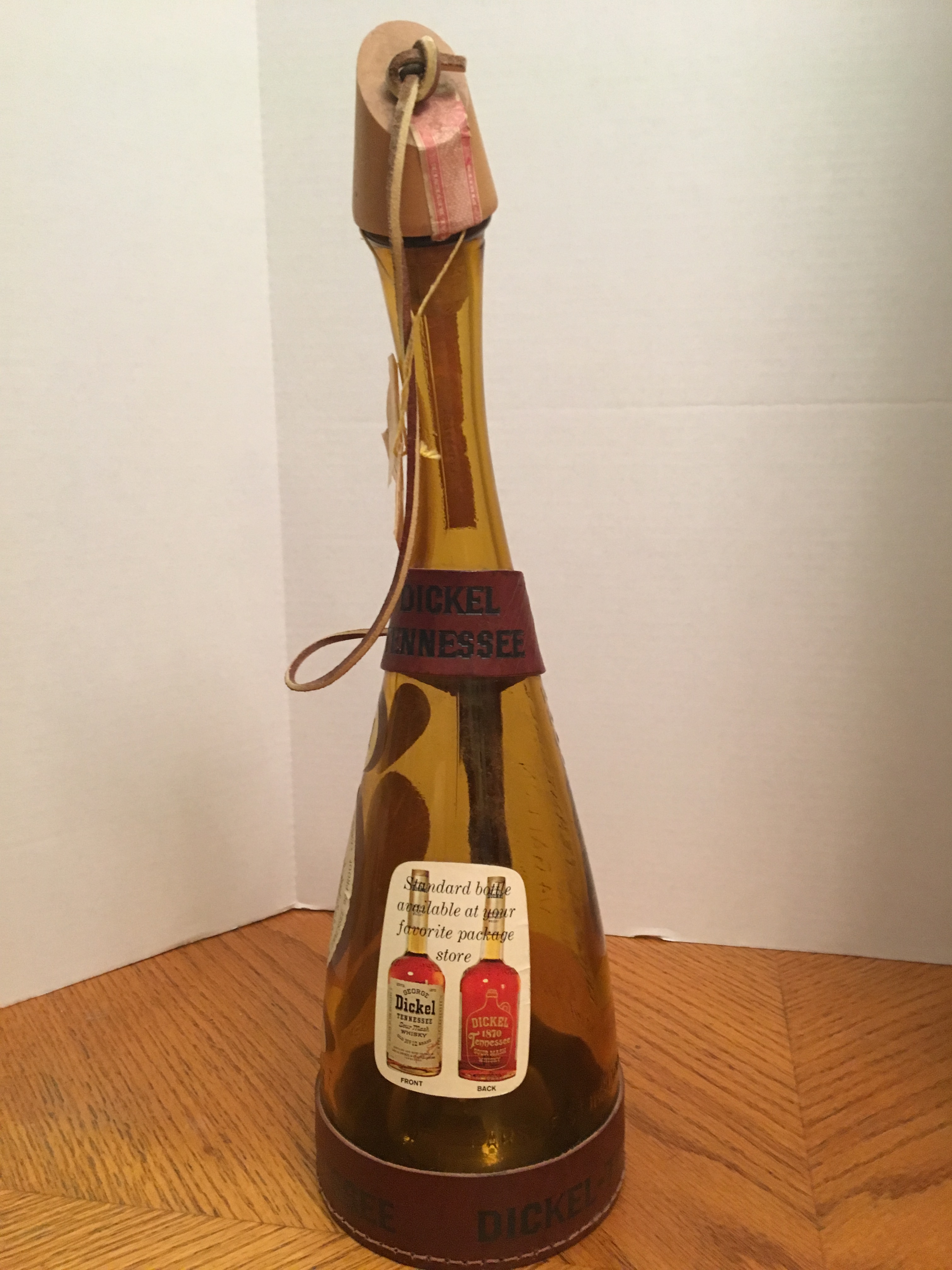 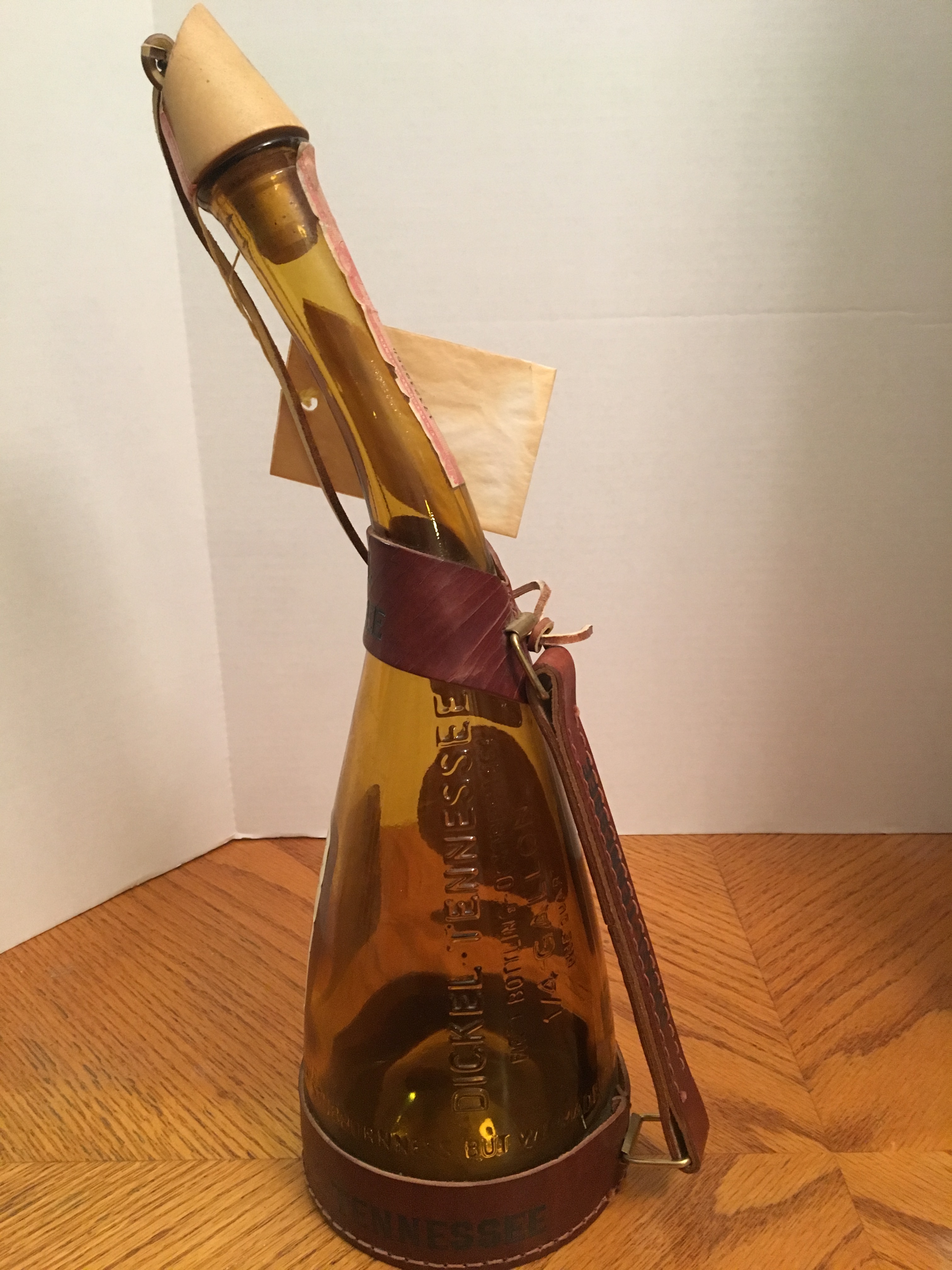 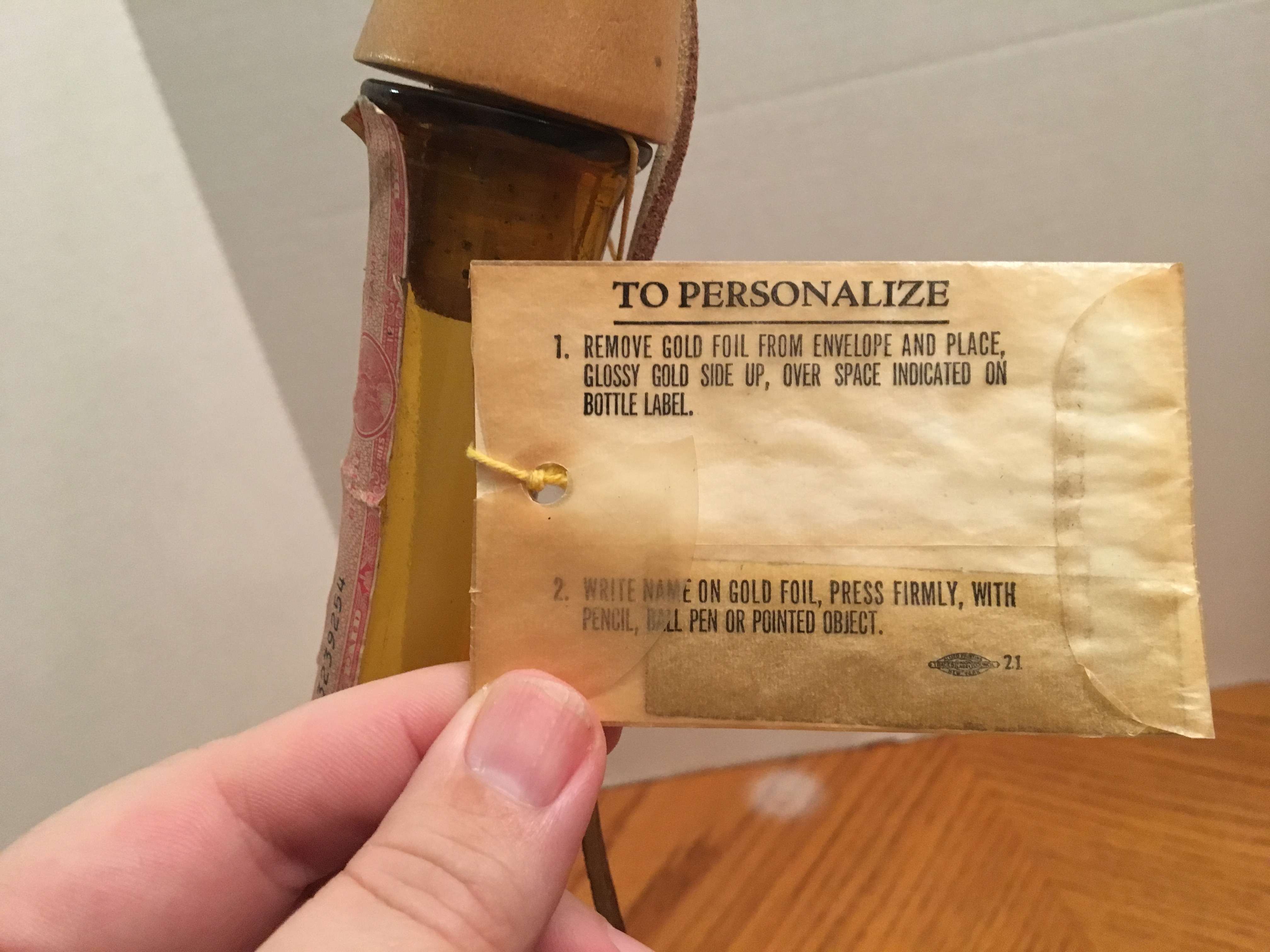 "I said GIMME the Brandy!"

RPF PREMIUM MEMBER
On the many conversions I have done some of those stickers were a real pain to get off.

As for color their are a lot of options and opinions out there from Red to something? orange.

iirc it is an inch wide of the tape

Have fun and congrats on the score!

Are these... particularly collectible? I saw 2 quite recently, I can't recall the price but, it may have been considerably less than $50.

RPF PREMIUM MEMBER
Only to Star Trek TOS fans, I have bought one for $20.00

There are different sizes, as well as, the tint of the glass

GrenadeKing said:
Are these... particularly collectible? I saw 2 quite recently, I can't recall the price but, it may have been considerably less than $50.
Click to expand...

Yeah, there doesn't seem to be much interest in these outside of Trek fans. I'm sure there are some vintage bottle collectors, but these are pretty common. The tricky thing is they made several variations, in both size and color, and then later did a reissue in the 80's.

For a Original Series Saurian Brandy bottle you want this specific bottle. It's the light amber 1/4 gallon (quart) bottle from the 1964 bottling. The two original props used in several episodes of the original series were both this amber version. Most likely they made them identical so they'd have a spare even though they only needed one bottle the first time this was used. (For Evil Kirk to drink from in "The Enemy Within"). Once they had two bottles made though there were other episodes where yous saw both at the same time.

The next closest is the same 1/4 gallon bottle, at about the same height, but in a darker brown color. Note that in some shots from the show the bottle looks darker and seems to match this darker version, but that's just the lighting. The props were amber. If you don't need to be absolutely correct the brown versions are usually a little cheaper on auction sites.

There were other variations used in Deep Space Nine but I didn't spend a lot of time researching those.

One tip: Do NOT buy a bottle without a stopper. You will never find one loose. Someone does sell resin replicas but those are $20 by themselves. You are better off just holding out for the correct bottle with a stopper.

As to price, I thought $50 (shipped) was a good price for the absolutely correct bottle with the leather and brass in excellent shape. You will find them cheaper if they are damaged, or if they are missing the stopper. And, the brown ones usually go cheaper. I've seen the amber ones go for over $100 though.

There's always the chance you'll find a deal for $2 at a local thrift store, or a friend or relative will just give you one, or something. Anything like that is fantastic. Just don't count on it.

Great information! I really had no idea about the variations. I have a feeling the ones I saw were brown and not amber but, I'll have to go back and check. At least I know what to look for now.

I have been buying and selling Bottles for 44 years and the market fluctuates greatly on price, but there are tons of them out there

A few months ago someone was selling a converted bottle for 100.00 on the bay
T

Yeah, the prices are all over. I first started looking for these about a year ago. At that time I couldn't find a correct amber bottle online for less than $75 or $100. Even the brown ones were pricey. And people would get "auction fever" and I noticed closed auctions where the price jumped up considerably at the end.

Every now and then I'd randomly check current auctions and such and when I saw this one on a "Buy it Now" that wound up being $50 shipped I grabbed it. Its perfect and not having to worry about catching auction fever were the deciding factors.

I bet now though I'll run into a bunch at flea markets and garage sales for $2 each though. LOL

I started another thread which I think I will delete as 90% of the information I was looking for is here.

I have 3 Dickel powder horn bottles now, all 3 are thrift store finds in the $10 range. 2 are the large light amber quarter gallon size and one is the smaller version in brown, all 3 say "FIRST BOTTLING - OCTOBER 1964"

I have one stopper between the 3 of them, but I plan to turn 2 more in wood once I figure out what type of wood this is.

one of the bottles came with no leather, labels, stopper or anything, so I plan to make replacements. I have both veg-tan pigskin and very orange calf skin. I am going to experiment and see which I like better. I am mapping out the exact stich counts and hole placement as I think stitching the bottom round to the vertical side will be a challenge if I don't.

Any Trek fans have any strong opinion on using orange leather rather then using natural leather and painting it? ( my inclination is that this will avoid paint cracking and flaking down the line.