Done about...2004? Around time AVP and Last Samurai came out. Was doing lots of Pred art and tried this. Some details are way off, anatomy, sword placement, had better drawing of helmet at one time, have no idea where it all went. Did another one last year, may eventually do a group of Samurai Preds. Had a backstory of one who met Musashi centuries ago and became a student. Somewhere in that pile was a drawing of Musashi and Pred walking over a bridge in Japan. I used the actor from the Samurai Trilogy as Musahsi. Another unfinished project.
Someday I may do a really finished samurai Pred, years ago it was an original concept, now they are everywhere, dug this one out for heck of it. Looking at this one now I cringe at just how badly done the dreads are. ANd many other things. Maybe sooner than later I'll have to do a decent one , lest I lose face and have to commit seppuku. 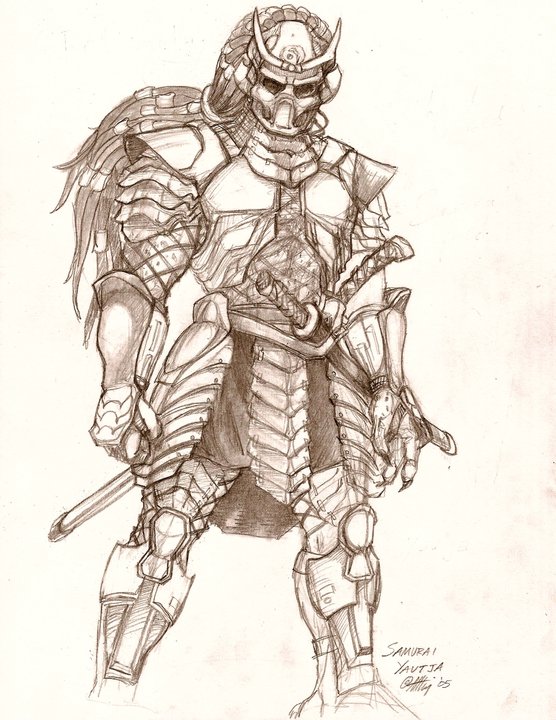 Love it!
I like how the bio shapes like a jingasa and how simple yet stylish the maedate looks. and the nodawa was a nice replacement for the neckring. I hope you find the rest of your drawings so we can enjoy them soon.
lem