This gauntlet was bought for me as a present by a family member, as I really don't want to disappoint him by not using it I thought I would see if I could improve it and get a coat of primer on it before he sees it again.

At first glance it looks ok, apart from the fact it's way too small to fit around my wrist and as soon as I started to work on it voids started appearing in the fibreglass.

He's aware that I plan on putting a countdown timer in it so I cut out the holes for this, cut away the crappy detail by the holes and glued in a 9 volt battery holder. 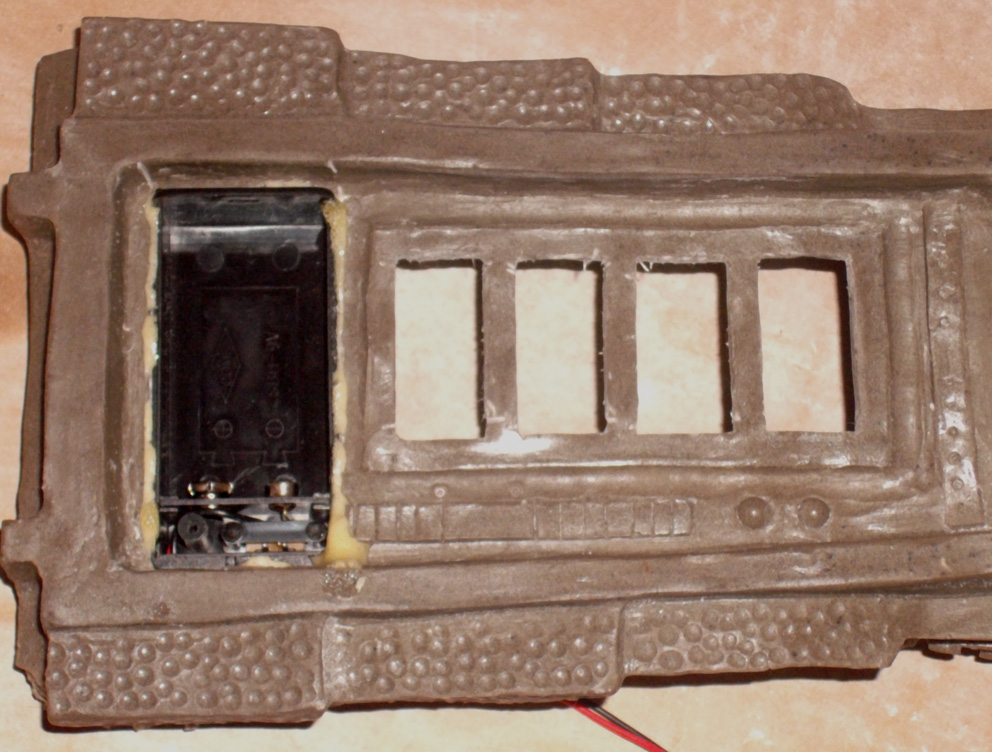 I added some further details using bits from model kits and I've put in 2 small led holders .
I used filler and plastic card on the front end to start replacing the bits that crumbled away. 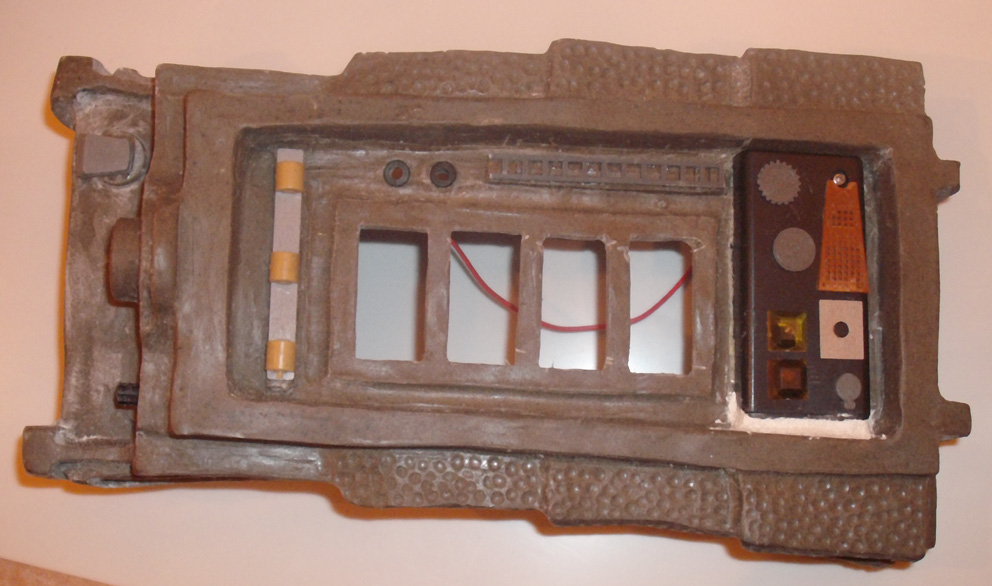 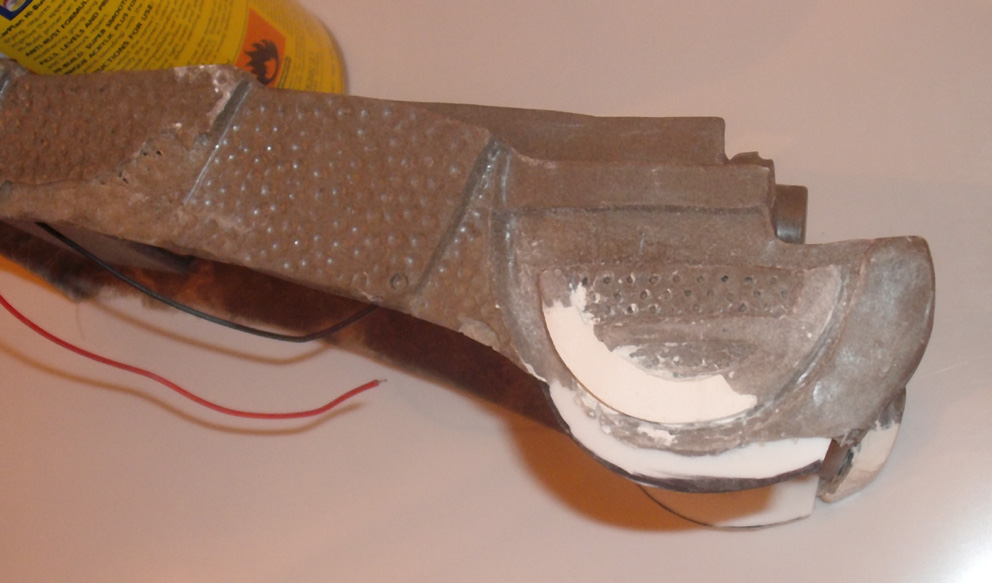 As you can see there's still a lot of work to do, but at least the bottom half of the gauntlet isn't in as bad a state.
Last edited by a moderator: Feb 26, 2015

go for it fella ,look frd to the progress!!

I decided to leave this job till near the end, so as my suit is almost finished I thought it about time I finished this bit.

The lid that arrived with it was no good, so I made a new one out of an old advertising sign I had, I started off making the flat piece, then I cut two curved pieces for the ends, then heated up another piece of sign to fit the curves.

Into the top piece I cut slots to accommodate the leds I wanted to fit, these were slotted in and the cables run to the front of the lid and down into the gauntlet.

The next step was to detail the lid, using spare kit bits and foam. 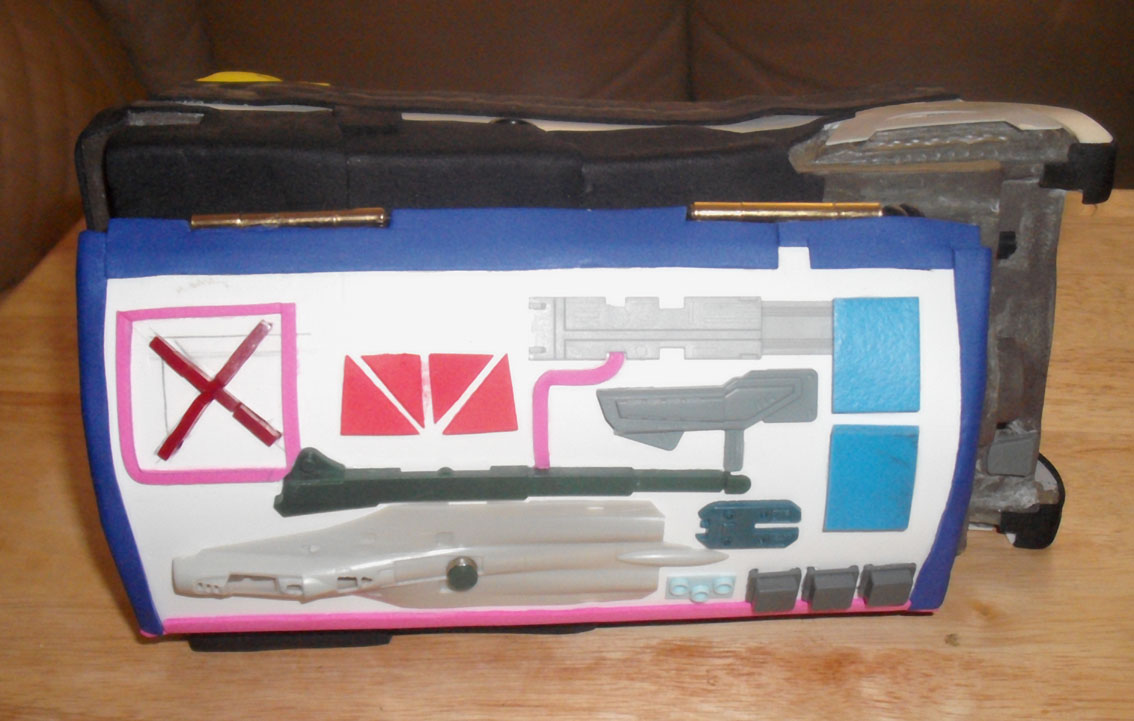 I used plastic card to make the gauntlet big enough to fit over my wrist, then bolted everything together. 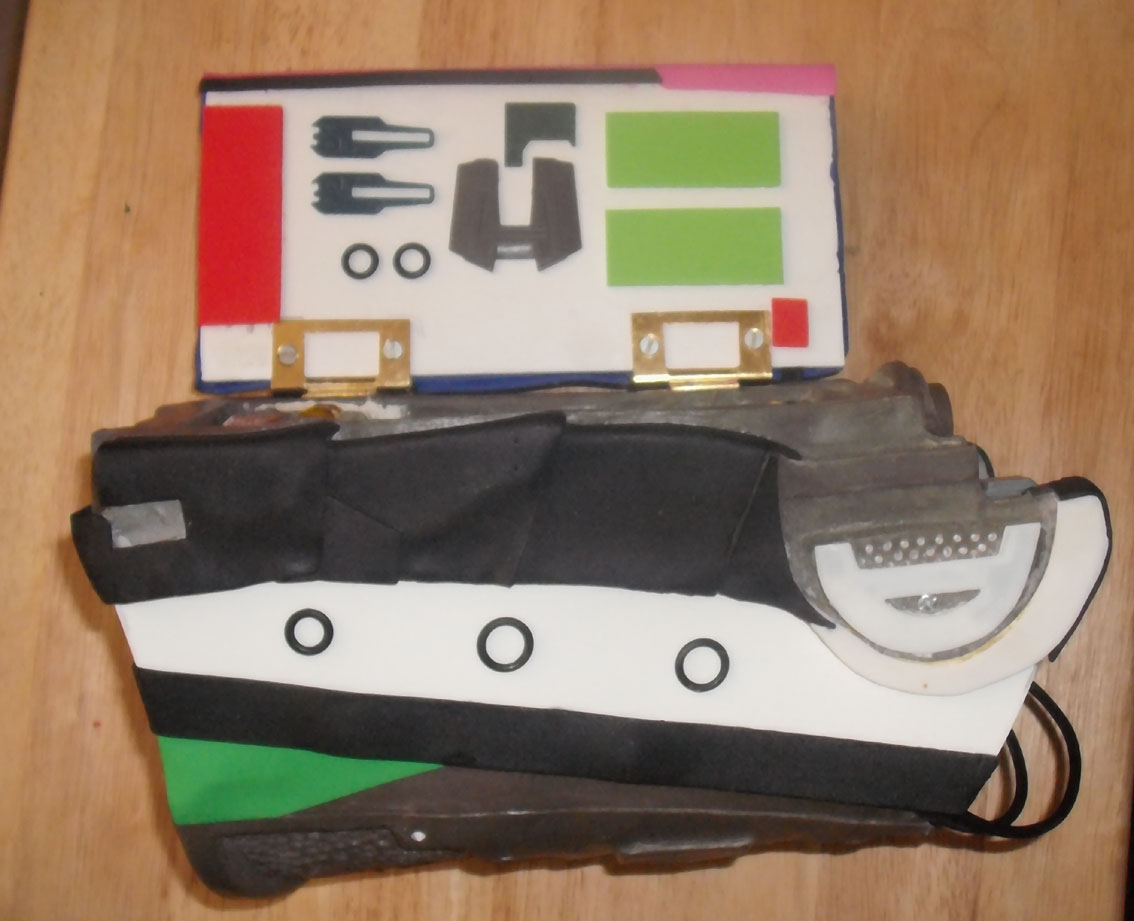 The whole gauntlet was now detailed the same way.

After covering the foam bits with many layers of pva glue, the leds were masked off and the gauntlet was primed with grey spray paint.

Various silver colours were rubbed and sprayed on, and hull red was used for shadowing/weathering. 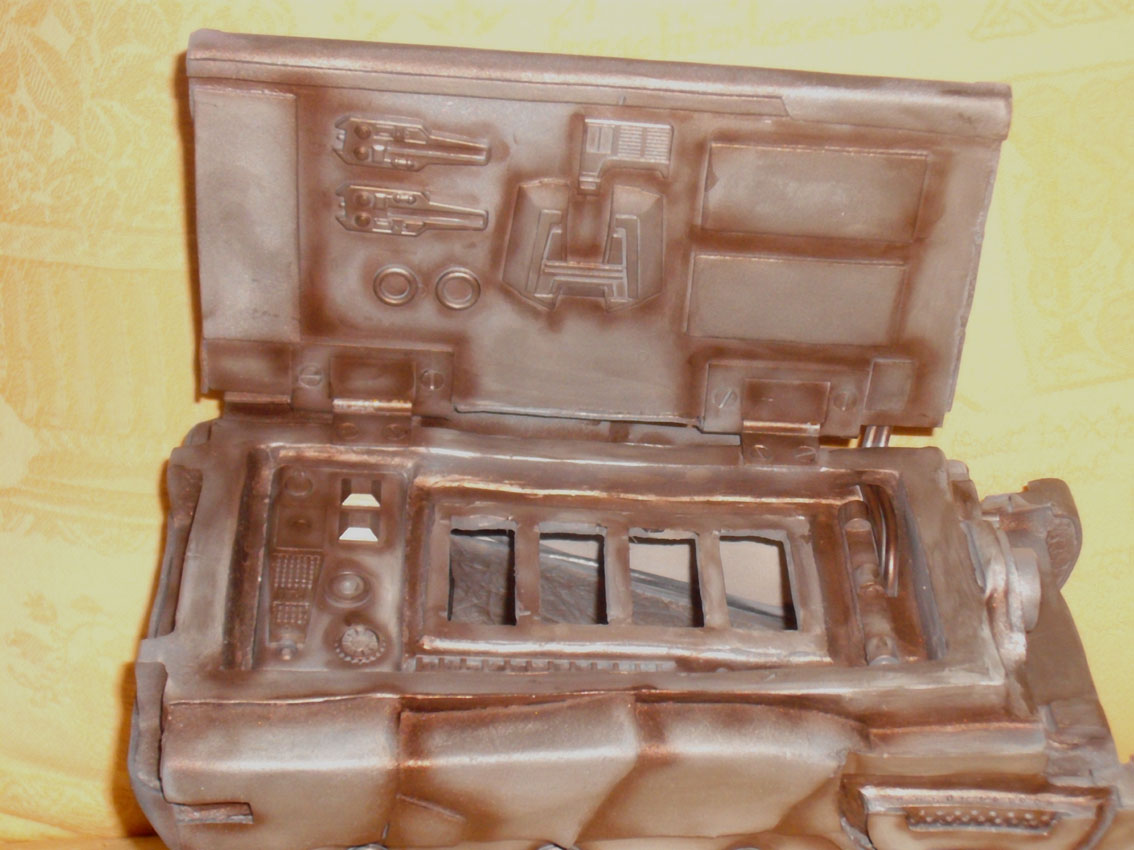 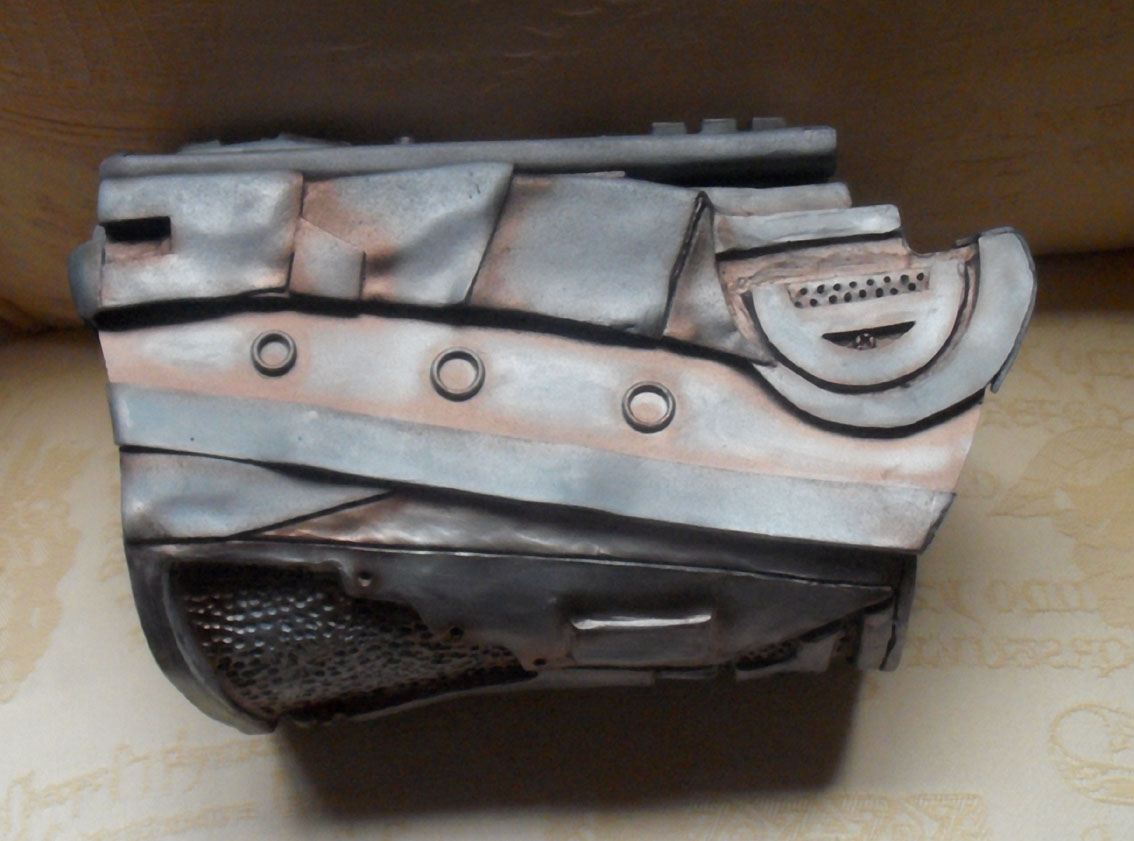 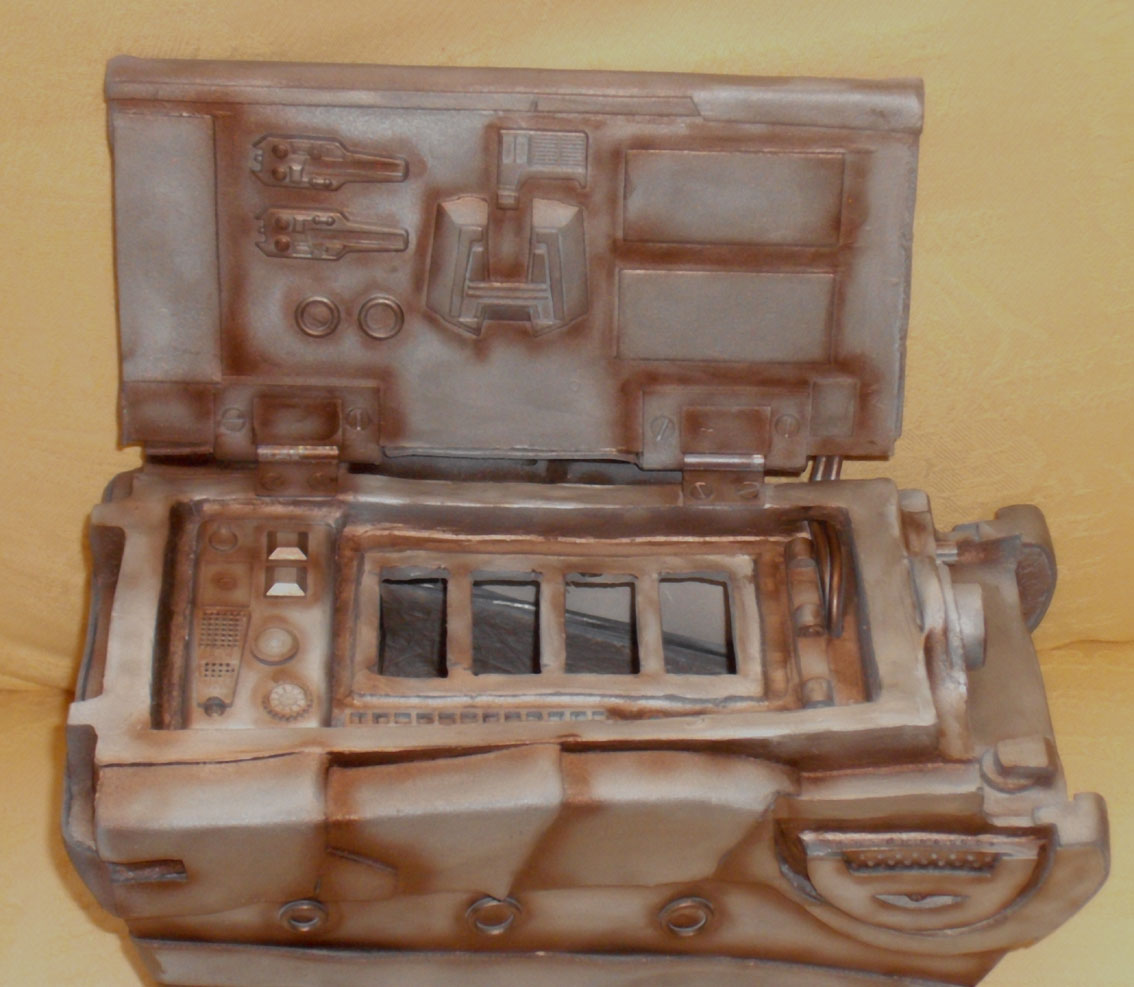 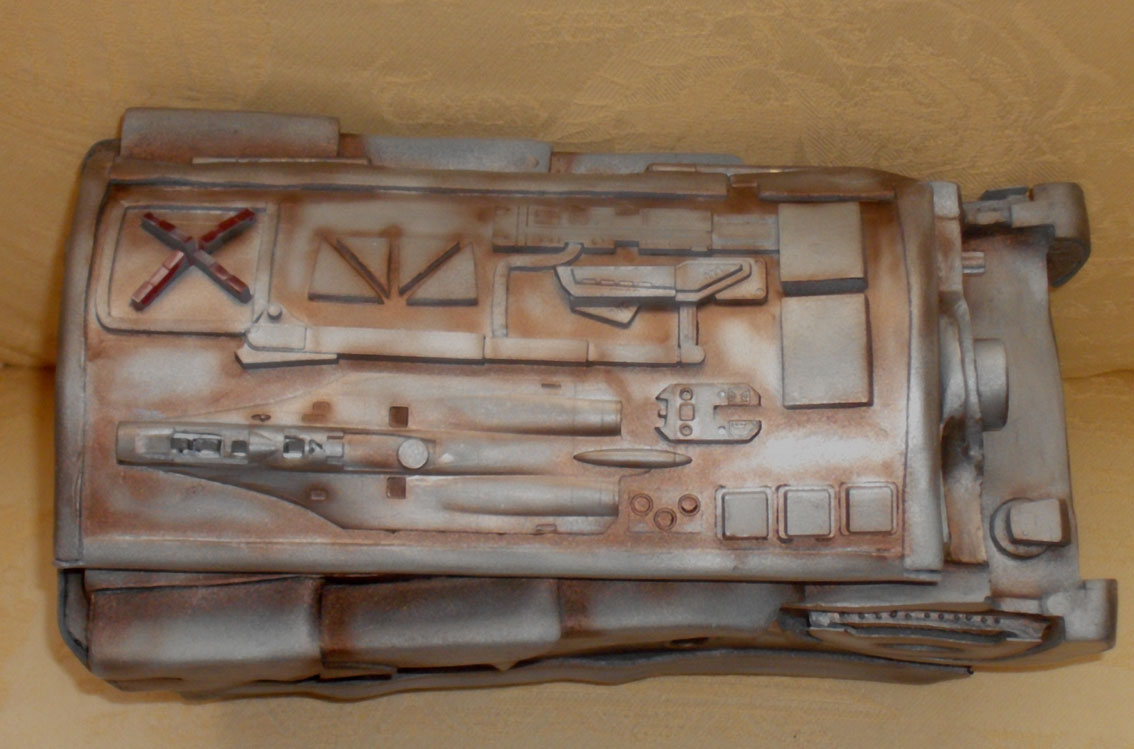 The final job was the wiring for the leds, I used a fading eyes board to have them fading off and on, this was glued in the gauntlet, the battery holder I had already glued in for the countdown timer was then wired up to this circuit.

I had originally planned to put in a countdown timer, Cary (cyberpred elderhunter I think) was doing tutorials on getting this done, but he seems to have gone from the lair at the moment,.

I think I learned enough to get one done eventually, but for this Halloween I am happy without it. I think I may just put in a blanking plate to tidy the holes up for now.
Last edited by a moderator: Feb 26, 2015