In appreciation of a long forgotten prop. Simple modifications made to a Ruger .22 Standard pistol to produce an elegant design for a futuristic weapon. 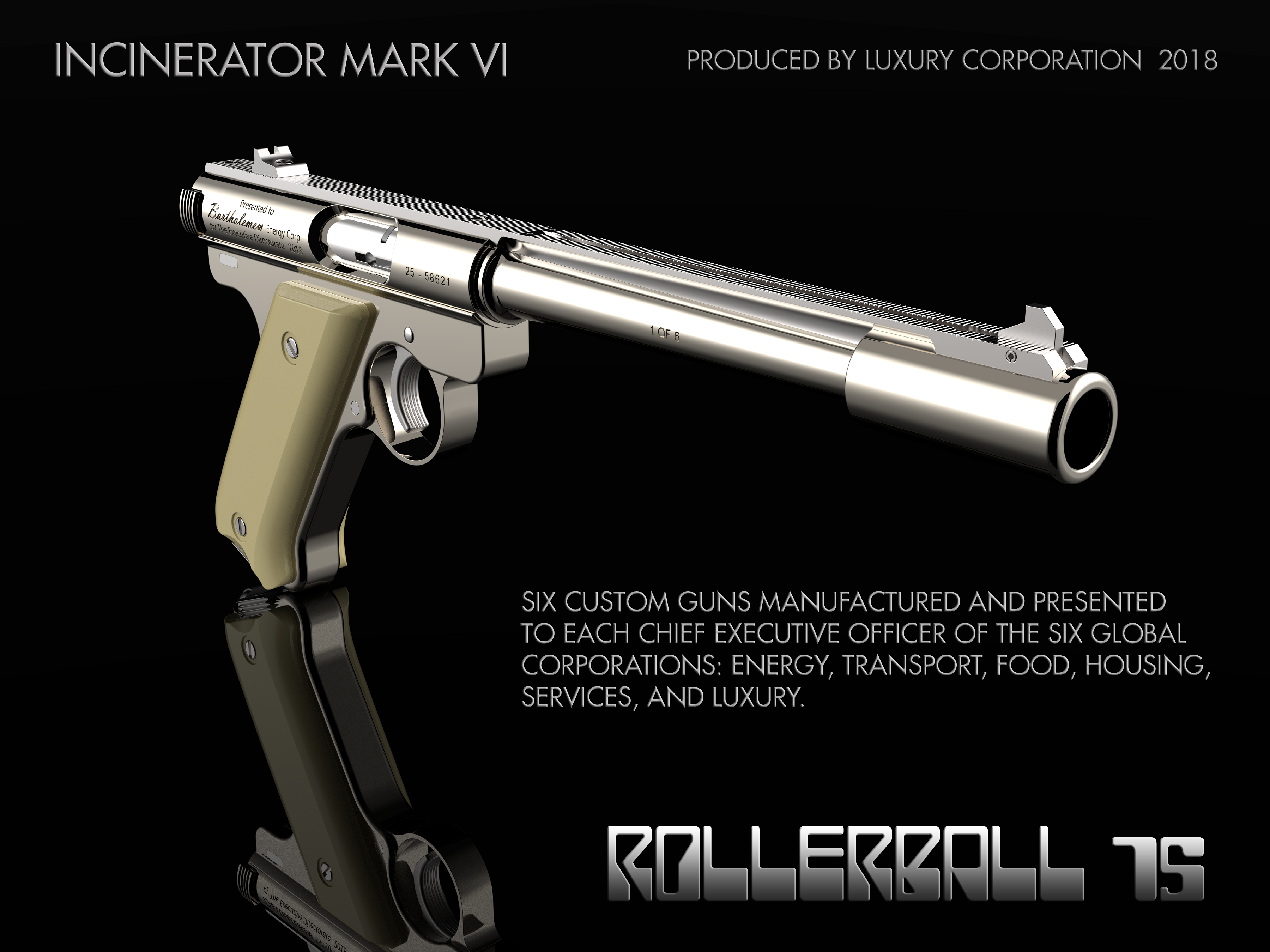 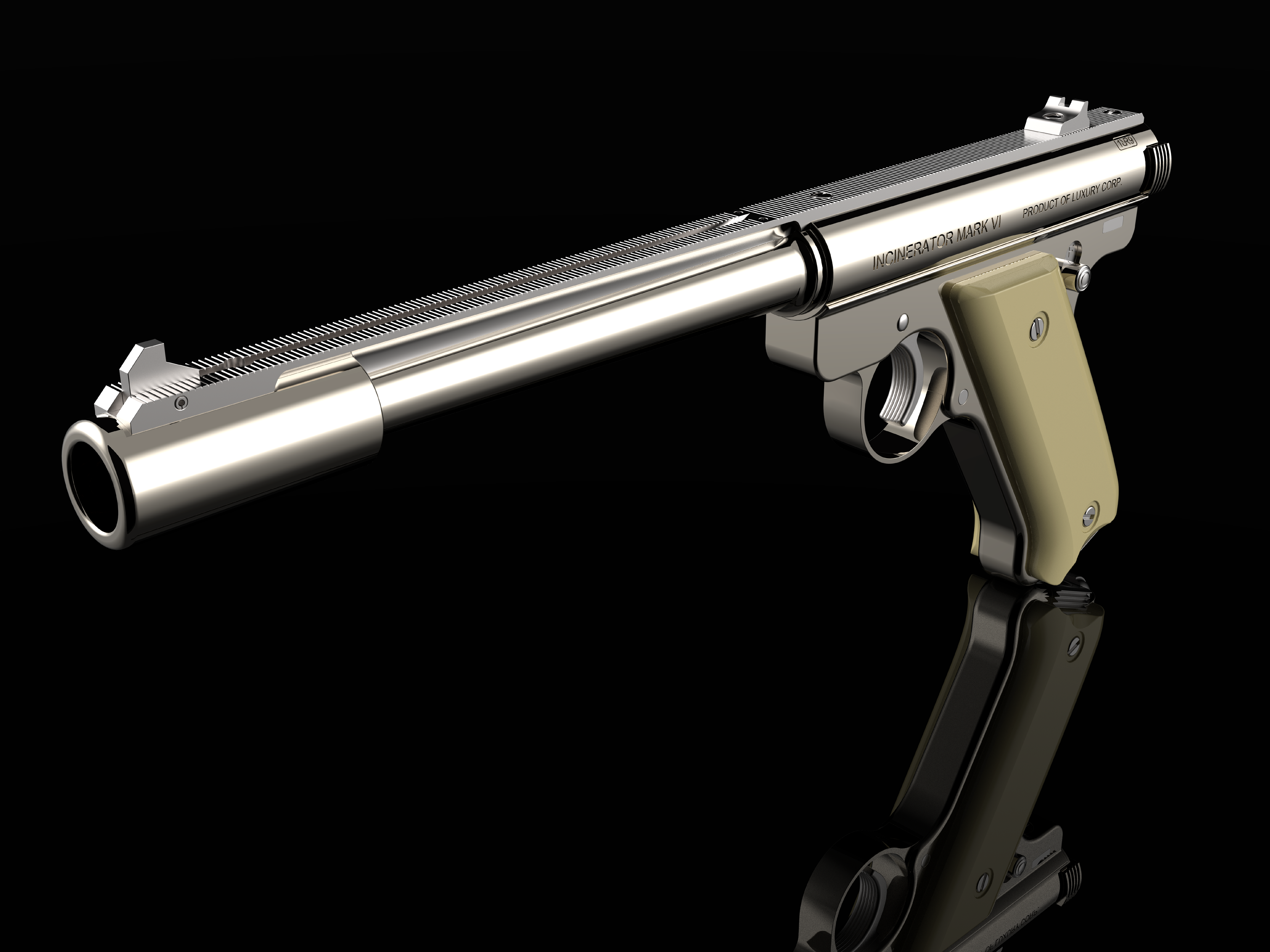 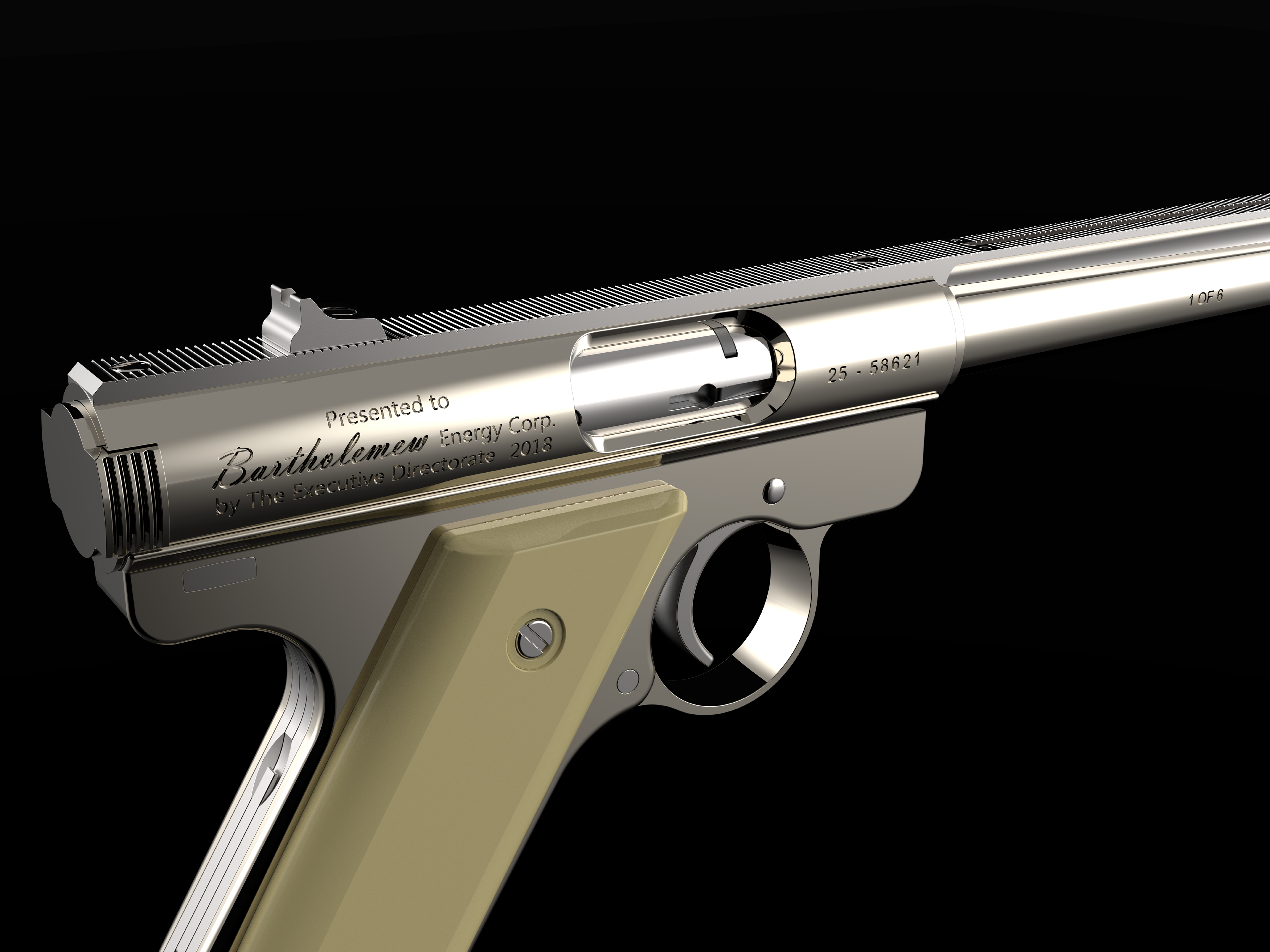 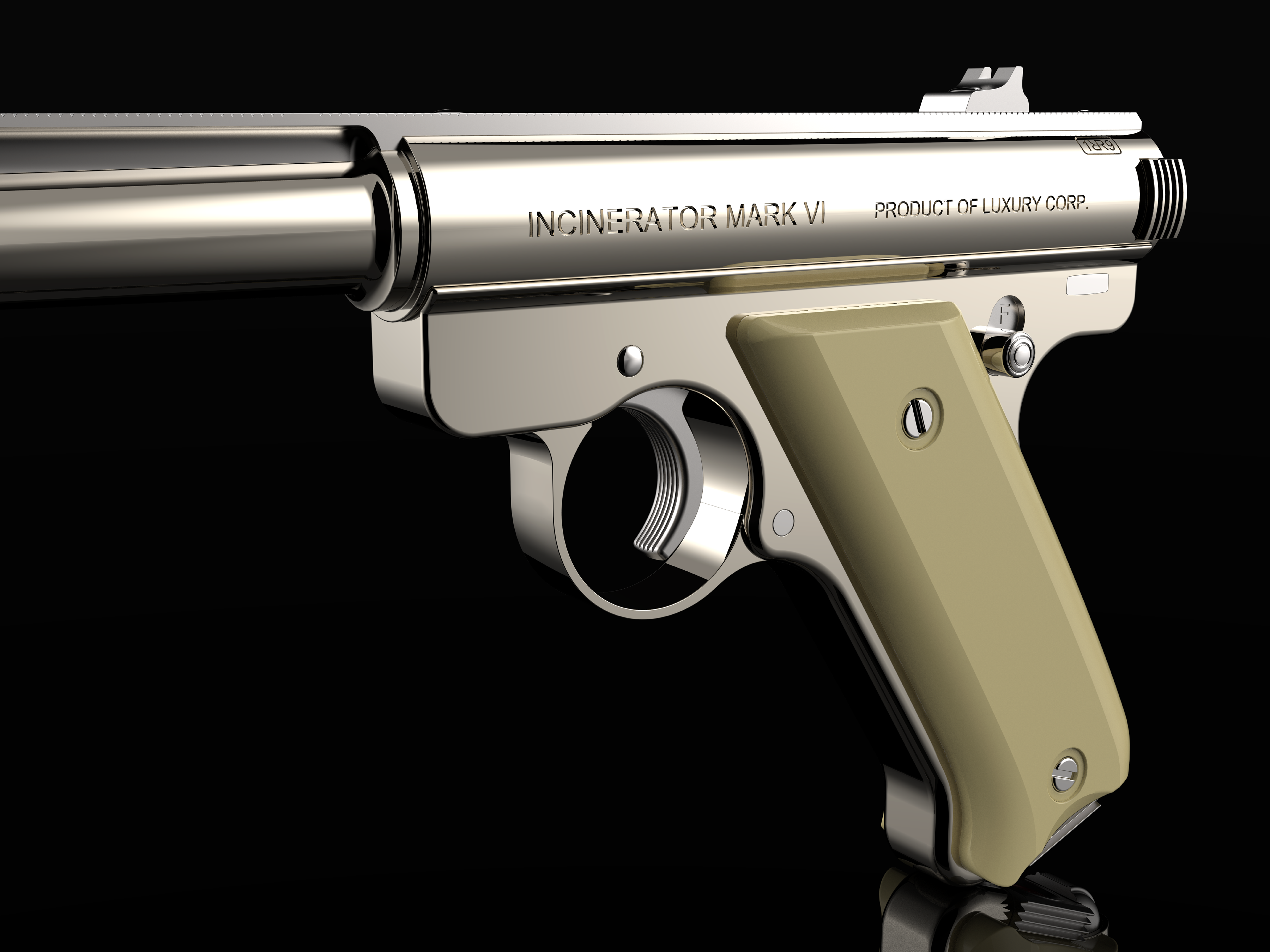 Thank you. I had to take some liberties with the rail design. In the film, the rail appears to stop where the tapered barrel meets the receiver. But when I was modeling it, I could not make that work properly, so I extended it back to the rear of the gun. Also, I added the grooves, ridges and screws on top of the rail. This too was not clearly visible in the film.

Anyone making a Necronomicon replica from Evil Dead 2, Army of Darkness or Ash vs. Evil Dead?