I haven't seen much reference or fan makes of this Blaster from Rogue One, It's the Blaster that Lyra has in the Opening Scene, it's never really seen clearly but thanks to Phil Szostak who posted Concept Art of it on Twitter it's an Oversized version of the EC-17 Blaster used by Scout Troopers in ROTJ. looking at screencaps it looks like it was essentially unchanged from concept to prop except for the front barrel and maybe the part where the handguard connects to the main body. 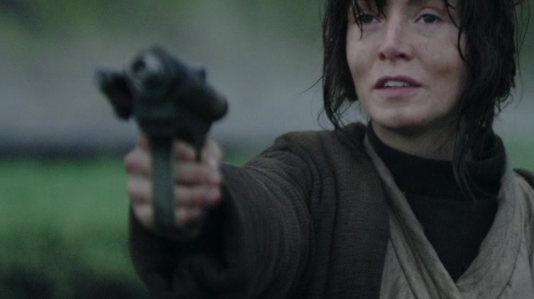 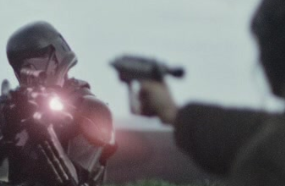 RPF PREMIUM MEMBER
That concept art is great, thanks for posting it!

This blaster was also used in Solo by Val and the Patrol Troopers, but there’s barely any info on it. The only clear photo I’ve seen is from the databank entry in the last post here:

Have any behind-the-scenes photos of Lyra Erso's blaster surfaced? It looks to be a larger scale version of the ROTJ biker scout blasters - note how all four fingers fit in the handguard, versus the ROTJ where this would be very difficult if not impossible, even for a smaller hand. I can't tell...