The 1990 film RoboCop2™ introduced the world to one of science-fiction film’s most menacing characters, the Cain cyborg. With a power-hungry psychopathic drug-lord as its human base, and an unscrupulous business as its creator, Cain wreaks havoc on the innocent civilians of Detroit until taken down by RoboCop in a climatic final scene.

Co-created by legendary special-effects animator Phil Tippett, the charismatic Cain was brought to life in the film with a full-size robot prop and several intricately machined stop-motion puppets, all which have survived and live at Tippett Studio.

Explains Cain project head Mark Dubeau, “Going into the project I really underestimated his complexity. It was a bit like working on a Russian nesting doll. The moment you started taking him apart, you’d find engineering hidden beneath for some structural purpose or another. I still can’t believe the thought put into Cain’s seemingly ornamental detail. The random “cool-looking” details glued on ACTUALLY WORKED the way you would expect it. The pistons all worked, the shocks compress, the shoulder pivots have gimbals and hinges at intervals … it was stunning and awe-inspiring. Hundreds of parts. Madness.”

It is from these screen-used stop-motion puppets that Chronicle Collectibles directly produced its licensed RoboCop2™ Cain model. Molded from original masters and one of the original filming puppets, Cain is assembled with a whopping 275 individual parts, with each part individually cast and cleaned for new masters by Tippett Studio. This may be one of the most complex figures ever reproduced for private collectors, and Chronicle Collectibles is proud to be part of its production.

We are limiting Cain to 500 units worldwide and it is almost sold out! Pre-order today at http://www.chroniclecollectibles.com/robocop-2-cain/

Our international distributors have started shipping Cain!!! See photos on our Facebook page https://www.facebook.com/chroniclecollectibles?ref=aymt_homepage_panel and follow the threads on Statue Forum as well http://www.statueforum.com/showthread.php?t=149359

US customers or should I say: the most patient, amazing people EVER, we will have Cain soon! The US shipping strikes and further communications between the dock works union and the port authorities have slowed shipping production to almost a stand-still. We have confirmation that our container has been off loaded and we are still expecting them here by the end of February. We apologize for the wait and inconvenience, but we promise, it is worth it. We will send out updates as we get confirmation of shipment!

We should have the first round of Cain this week!! The first 300 of the 500 total run is being trucked to Texas as I type! After a short, but rigorous inspection, we will start shipping them out!! We are so excited to get to share this product with you!!

Please feel free to contact me with questions! agarrett@chroniclecollectibles.com

Hand-inspection is happening and we'll be shipping soon!

Hi all. I was fortunate to salvage a damaged Cain figure. Missing 3 arms and base. Any one have a replicate base? Or capable of 3D printing it?

I am printing the Cain model at the moment from these files: 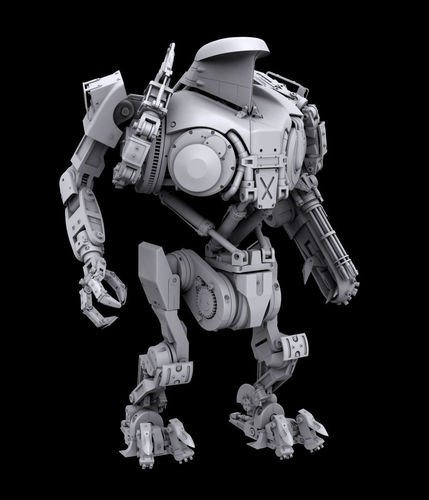 Model available for download in #<Model:0x000000000c99b040> format Visit CGTrader and browse more than 1 million 3D models, including 3D print and real-time assets
www.cgtrader.com
I am not sure they are the same scale.

I could print some parts, but they are not the loose parts like the CgTrader files, I have combined parts to make it more easy and faster to print.
not all lose parts, joints or movable arms.

No base so you still will have to look for one. 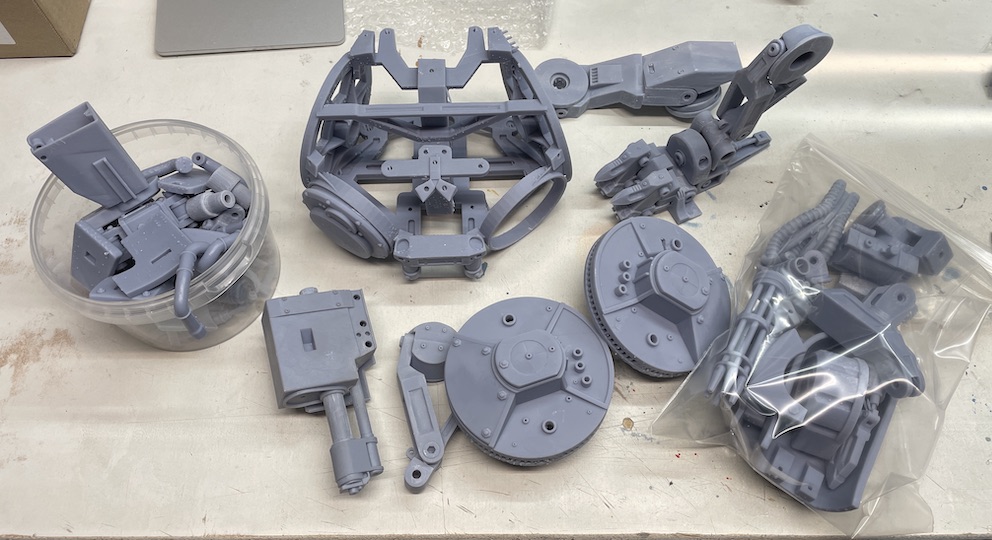 Hi there! Thanks for reply. Yes very interested. The model i have is 1/6 scale. Can you please check it’s same?

You can message me privately if easier.

Thank you so much!

frasic said:
Hi there! Thanks for reply. Yes very interested. The model i have is 1/6 scale. Can you please check it’s same?

You can message me privately if easier.

Thank you so much!

The figure is not 1/6 scale . It's actually kinda smaller if i recall. So I would double check those measurements