RPF PREMIUM MEMBER
My contribution to this years RPF Secret Santa was a 3d-printed architectural model of the OCP headquarters from RoboCop!

Research
I am sorry to say I had never actually need the original RoboCop until recently. It was listed as one of my recipients interests so as part of my research process I sat down to watch the movie to get some inspiration. It did not disappoint! I have been working on some architecture-related projects lately and while watching the film I was taking notice of some of the skyline shots and matte paintings of Delta City and in a couple shots the OCP headquarters literally sticks out like a sore thumb. Ive been really into architectural models lately and this seemed like a really great opportunity to try to recreate the building in a minimal, clean and simple model.

​
To get started I gathered up as many screenshots and references as I could find. I couldn't find any production art or photos of the entire building so I had to guess on the overall height and proportions. But taking reference from screenshots, production art, and appearances outside the film like the animated series and various other sources I was able to start a rough model. 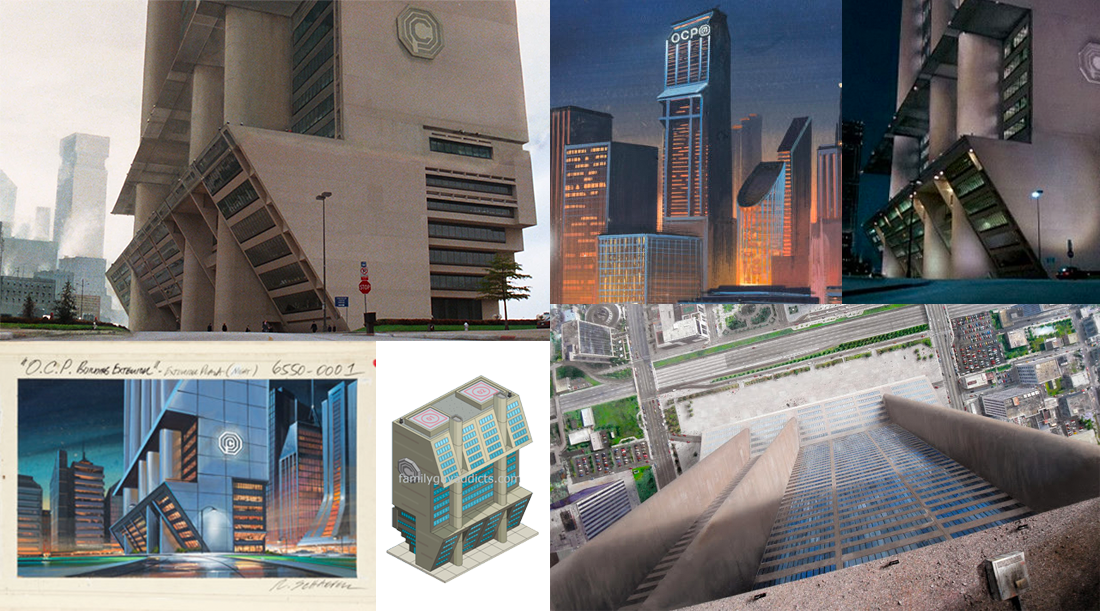 ​
The base of the tower is actually the Dallas City Hall building in Texas. I was able to get a ton of good reference photos for this which gave me a lot of the key proportions i needed for the windows, columns, etc. and the overall length and width of the building.

Using a satellite image screenshot I was able to get the basic dimensions of the base and the locations of the 3 columns that run up the front of the building. I pulled this into Fusion 360 and used the screenshot for my base sketches. 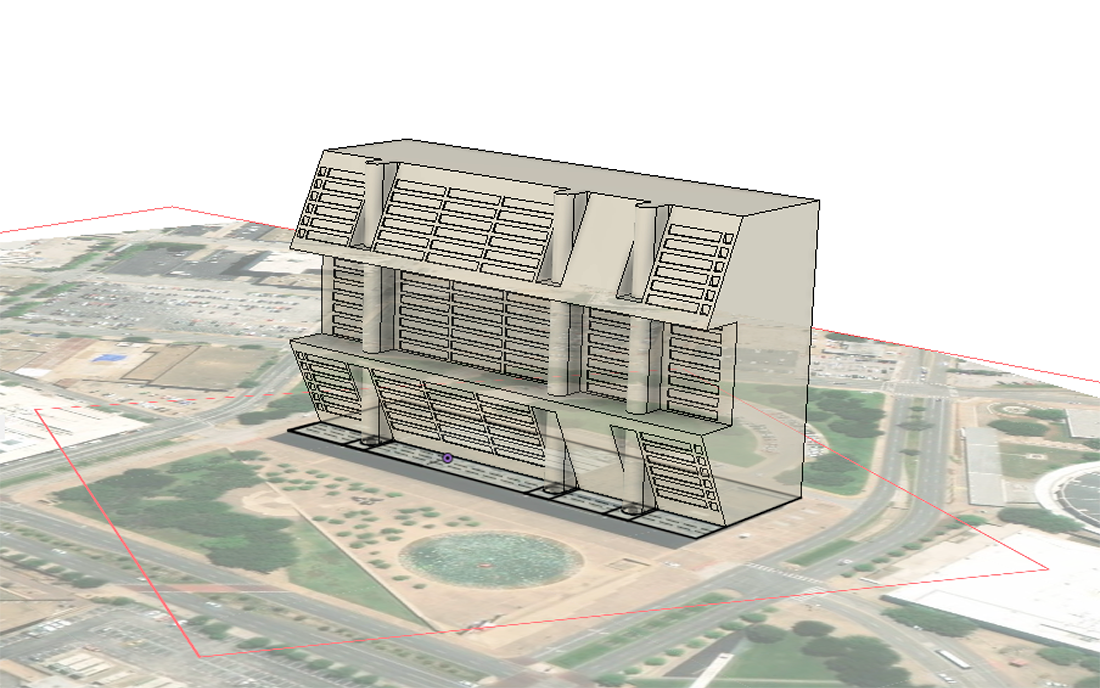 From there it was a lot of repeat shapes and patterns to build up the rest of the tower. I referenced the source material as much as I could and made filled in gaps in the design wherever needed. These are some early renders:

Once the model was complete everything was cut up for printing: 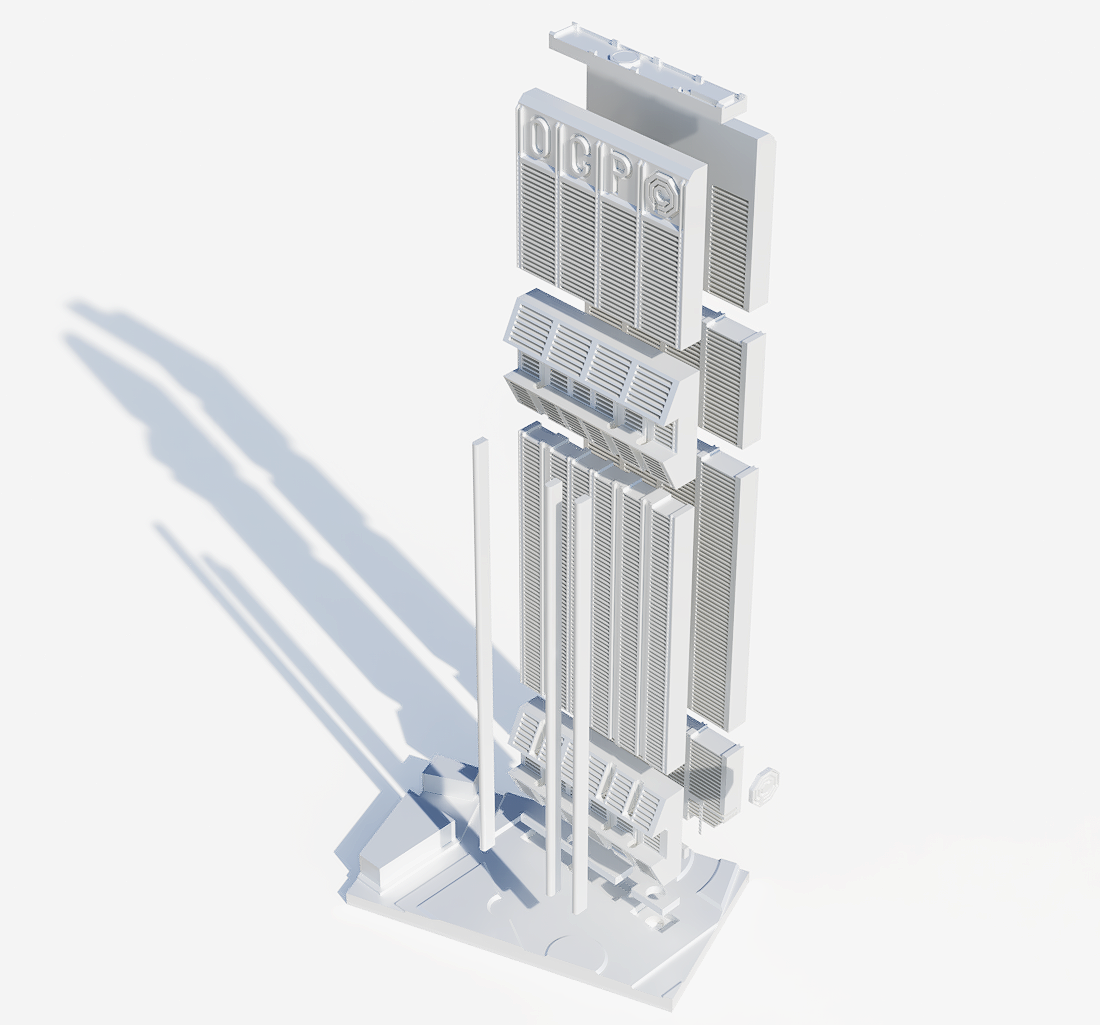 It took me a while to get the print setting dialed in just right. With all of the fine details around the windows and lettering most of the parts had some very thin walls and fragile details. All of the parts were printed on an Anycupic Photon DLP resin printer. I would not have been able to get this level of detail from a traditional FDM printer.

LOTS of trial and error before getting the print settings just right. 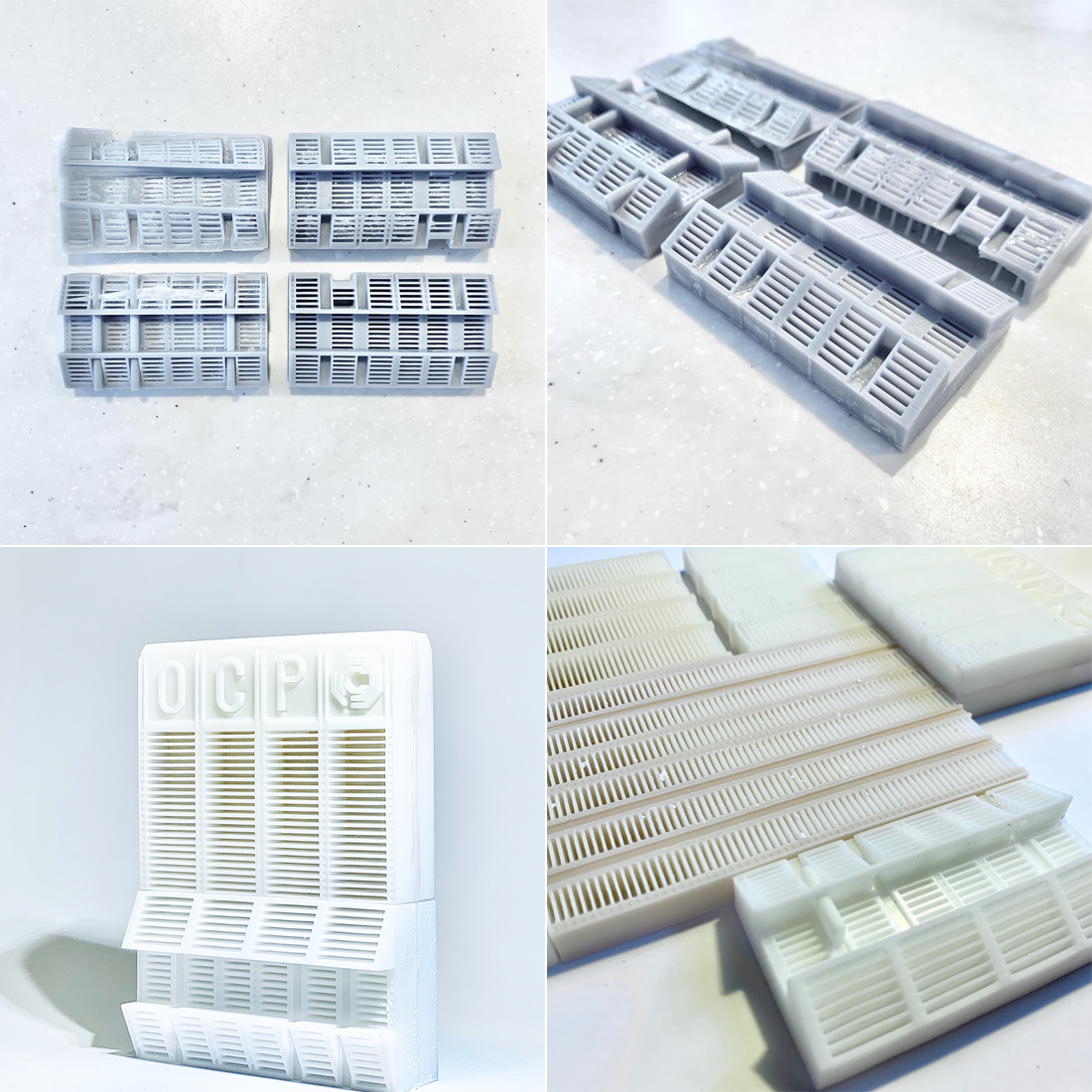 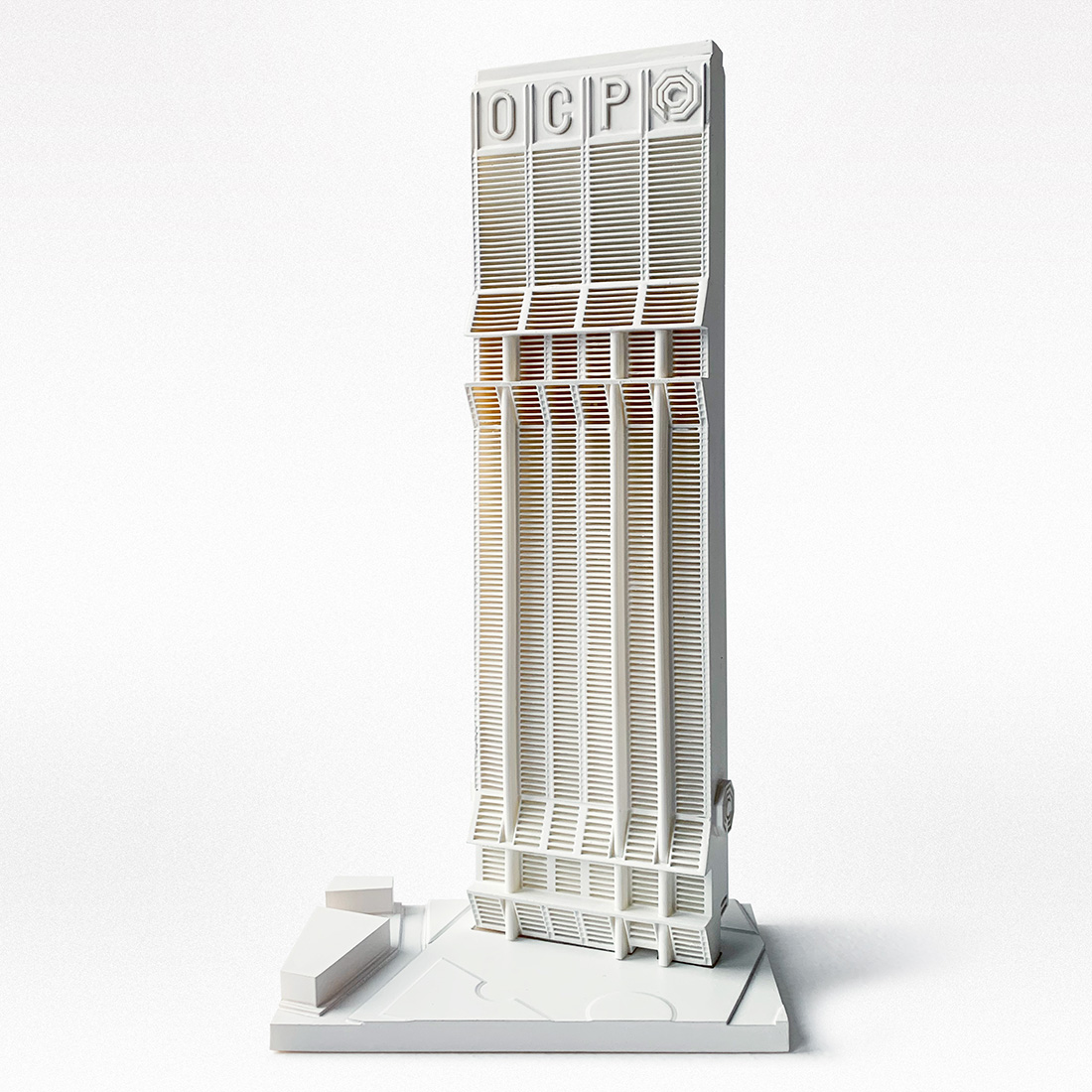 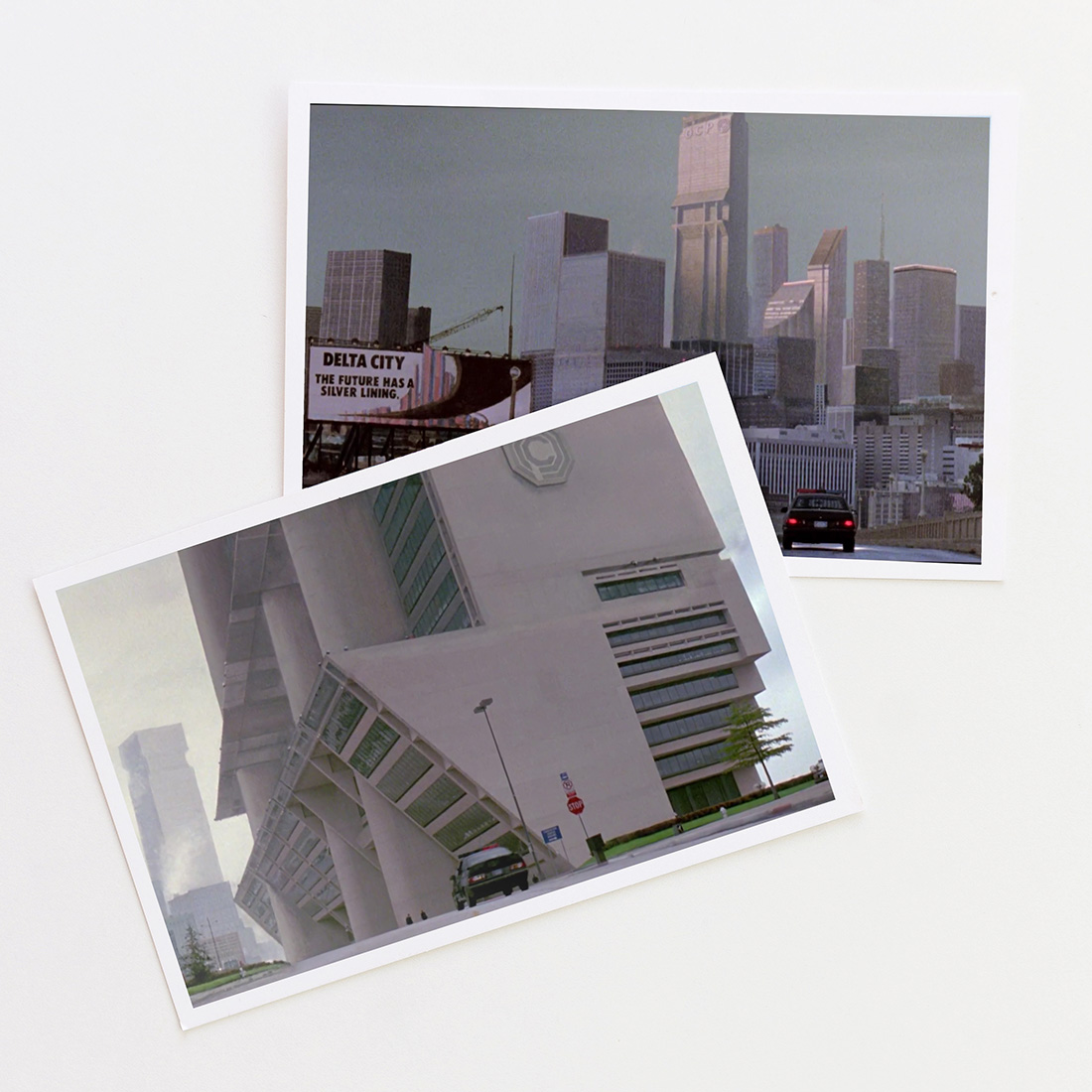 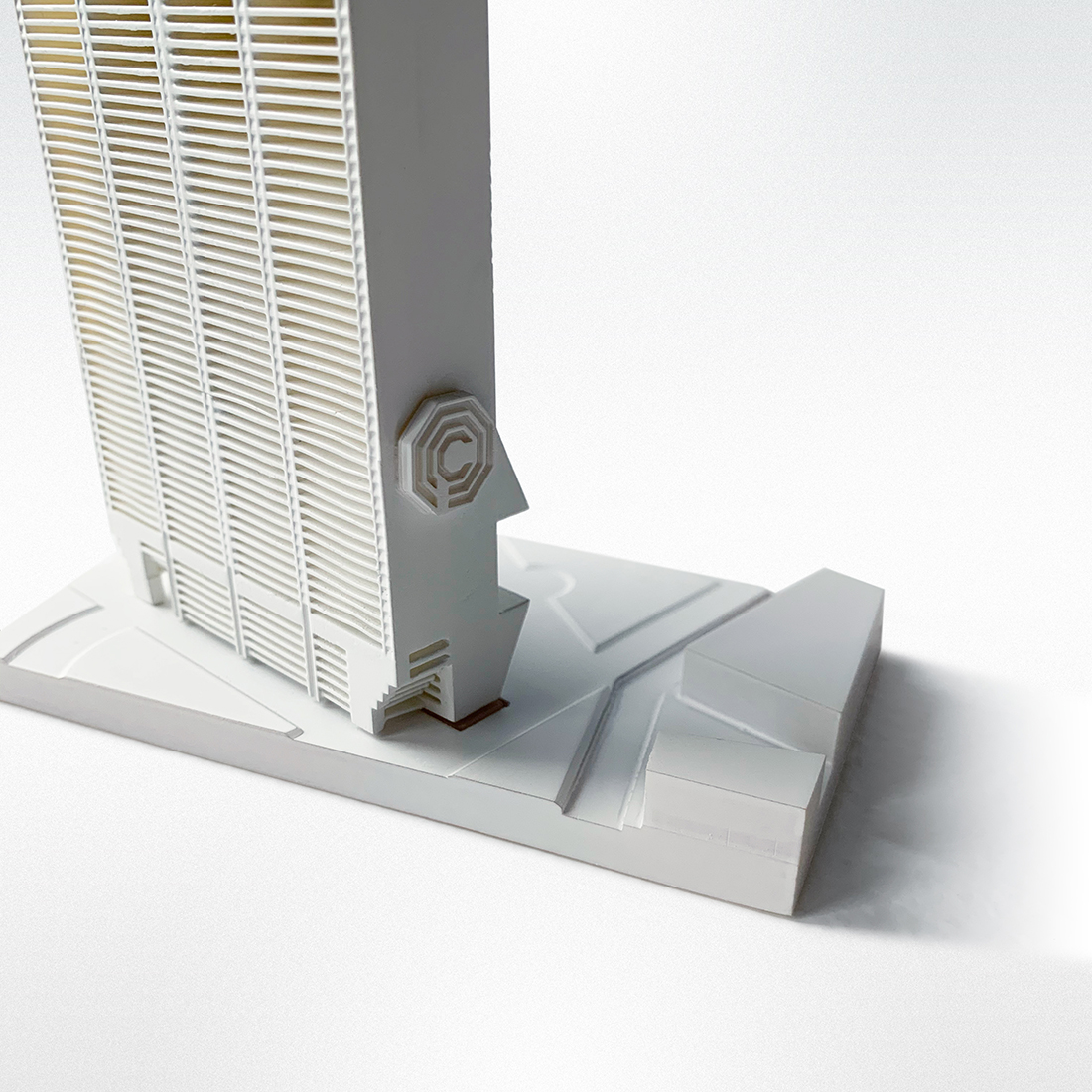 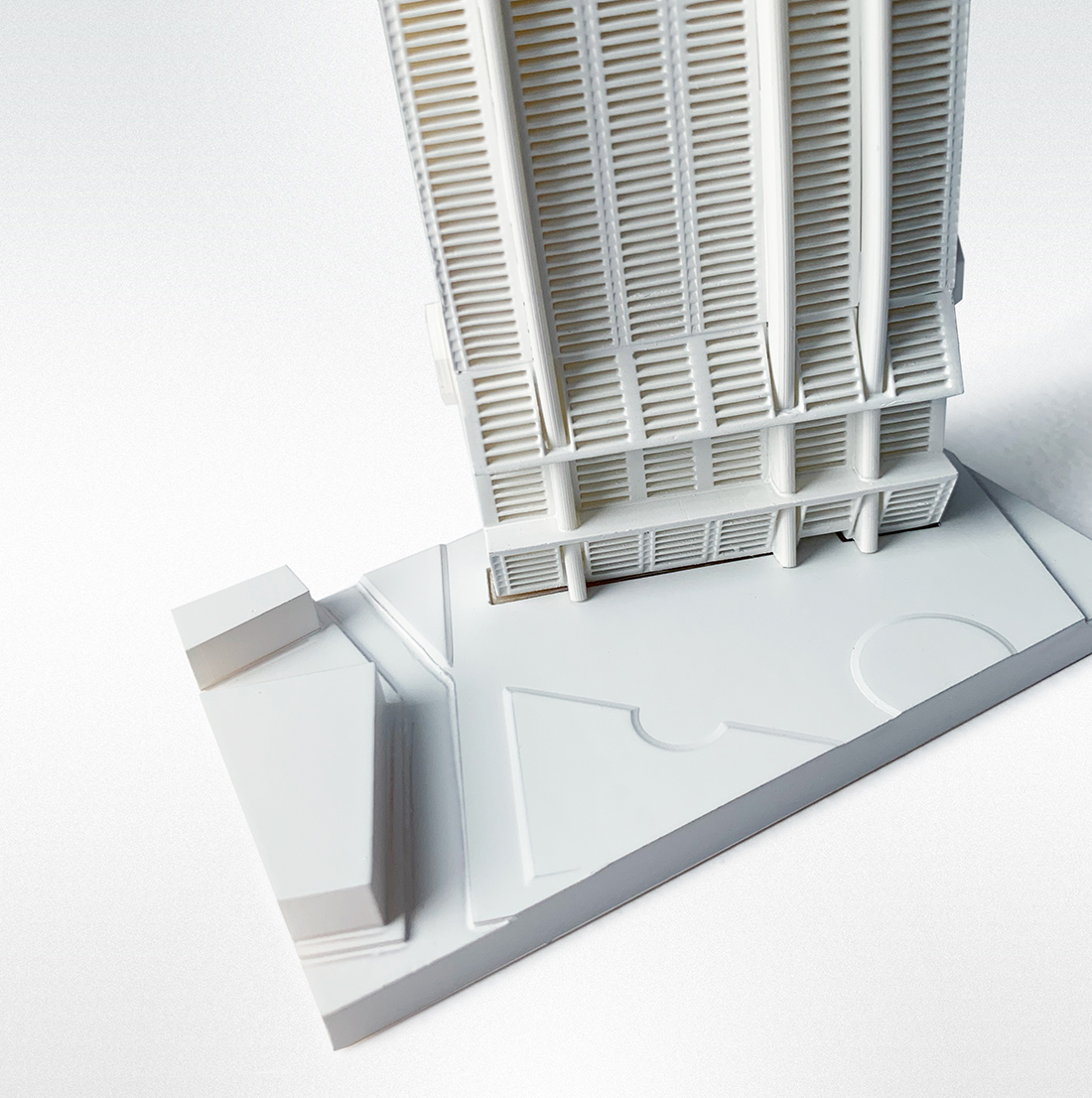 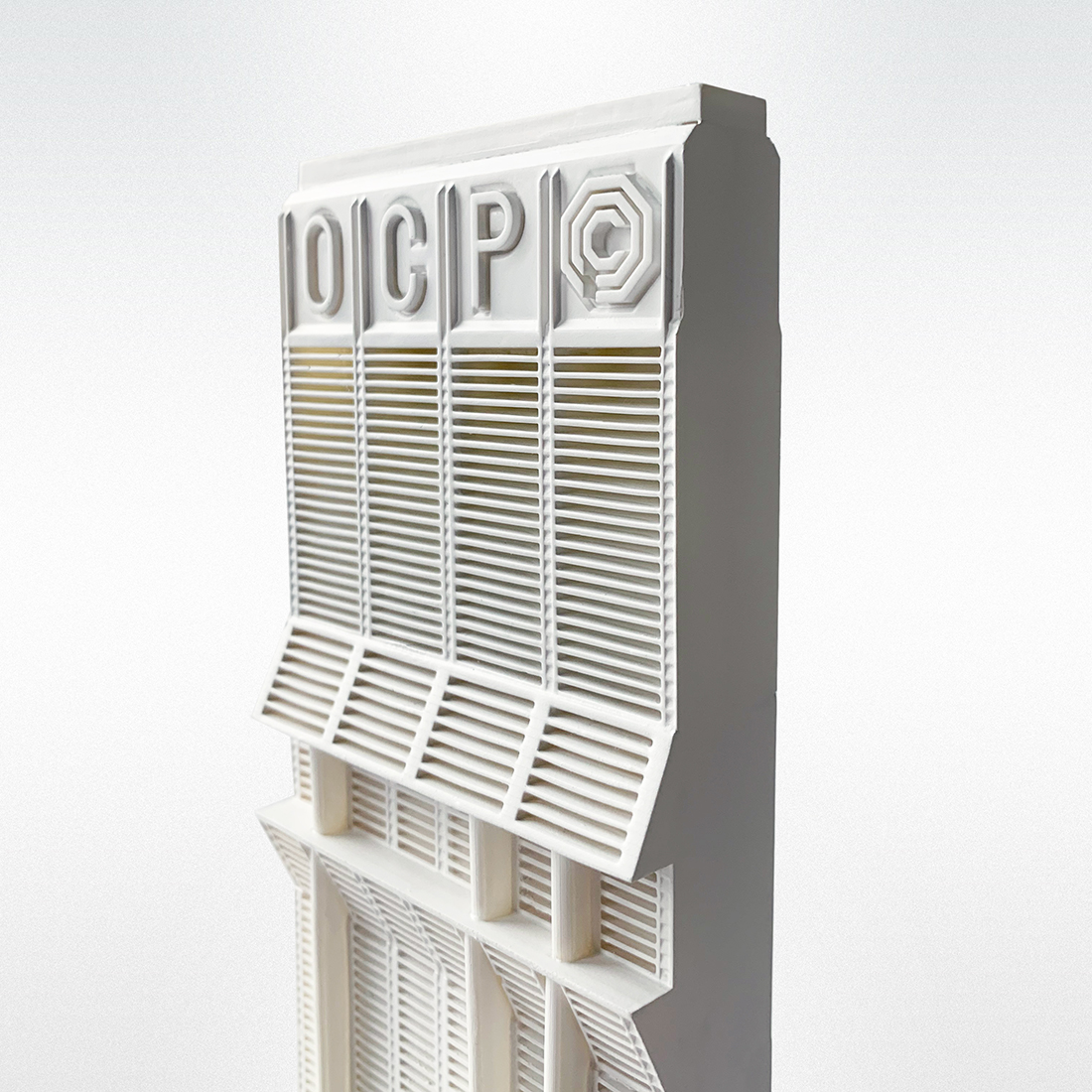 ​
There was a lot of trial and error along the way, and although I didn't quite get all of the detail I was hoping to feature in the model I'm really pleased with how it turned out. It was sent off to the UK a few weeks back and made it safely to its recipient. Now I'm just debating if its worth it to re-create one for myself...

RPF PREMIUM MEMBER
This is outstanding work! I love everything about this! Well done.

Very nice!
I had to come check this thread out since I worked on the replacement of the audio/video systems in the Dallas City Hall back in 2012. You got the details of the exterior just perfect!

Not a lot of architectural models on here, so I'll be watching this.

wdtenney said:
Very nice!
I had to come check this thread out since I worked on the replacement of the audio/video systems in the Dallas City Hall back in 2012. You got the details of the exterior just perfect!
Click to expand...

Thanks! That’s awesome. Never seen the building in person but glad to have a stamp of approval from someone familiar, ha

That is pretty cool, great work.

Wow, great job on the model! How do I get a STl or OBJ file for printing?

Very good job re-creating that building What's the scale/measurements? It's nice to see architectural models here from time to time

RPF PREMIUM MEMBER
VOODOOFX Thanks! My models were this were pretty rough so I wouldn't recommend going the route that I went for slicing them up but I'll try to find time to get them uploaded somewhere.

joberg It was 6" or 7" tall, should have included a classic apple 'for scale' image...

DylanRose said:
VOODOOFX Thanks! My models were this were pretty rough so I wouldn't recommend going the route that I went for slicing them up but I'll try to find time to get them uploaded somewhere.

joberg It was 6" or 7" tall, should have included a classic apple 'for scale' image...
Click to expand...

Hi Dylan, Thanks for taking the time to to upload it.. I hoping to up scale into a one or two piece print if possible. Anyway I think your model looks great & its the best version I have seen out there. Thanks again for your time! Best Randy.

Any Robocop auto nine experts out there?