RPF PREMIUM MEMBER
Had this kit kicking around for a while and finally decided to get started on a lighting system. The first thing that needed sorting out was the engines - these either need opening out with drills and files, or you can take the 21st century option of 3D printing some replacements with all the holes included ;-)

I did a quick rough-out and printed with FDM just to make sure I'd got the basic sizes right, and then started to finesse the details for a resin print. Much of this was just eyeballed from the kit part. One interesting thing I noticed was the 13 (?) small round nozzles are not evenly spaced - they appear in clumps, two of 3 and one of 7. I didn't bother trying to replicate that - mine are evenly spaced. 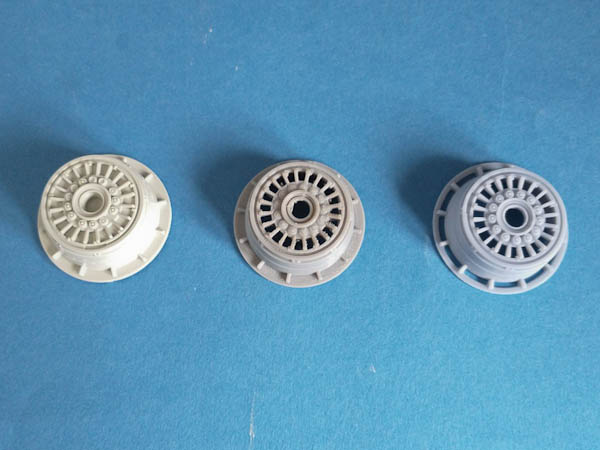 I've not done the irregular "ramparts" around the outer cone yet (for want of better words) - and have a few more minor tweaks for size to come, but generally looking good so far. 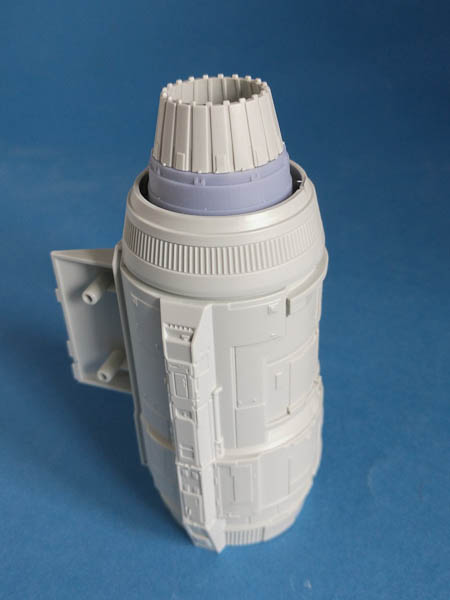 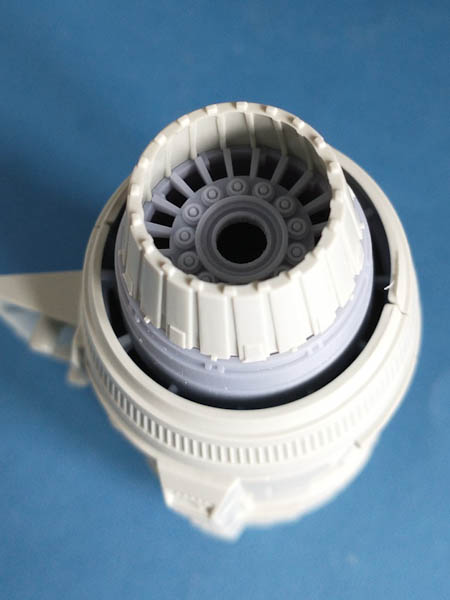 Here's an interesting example of thing to take note of when designing for 3D print - the nozzle was printed flat on the build plate but as it forms it is basically a cylinder perpendicular to the FEP sheet. Although there is not much resin sticking to the FEP on each layer, because it's a hollow cylinder, there is a huge amount of suction force to overcome each time the build plate lifts.
This had the effect of almost ripping the resin layers apart which you can see in the following picture, on the left. The surface finish is very poor and rough. On the next attempt I added a vent hole to prevent the suction and this worked - but only from the point where the hole starts to form. Below that, the surface is still poor.
In the 3rd version on the right, I've opened up the gaps in the outer flange and cut into the bottom of the cylinder so these parts are always open right from the bottom. Here there is no suction effect and the surface finish is fine. 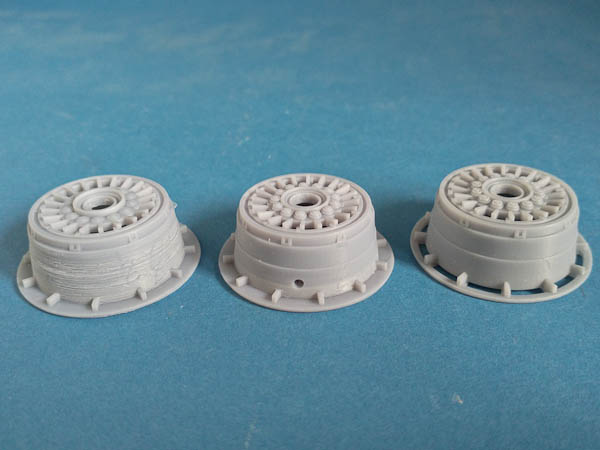 Nice tip on the printing 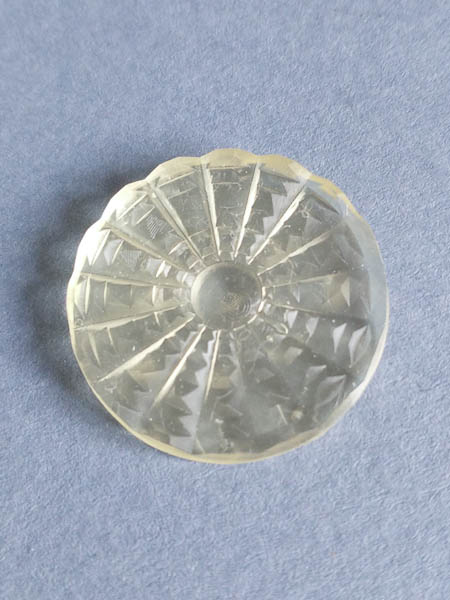 And yes, suction forces are a bitch. Light off delay can also help with rough surfaces (especially with solid or large surface area prints), but adequate vent holes as you have done is definitely the way to go if you can.

RPF PREMIUM MEMBER
Here's a quick test using a single 5mm LED light source at the front of the engine - very pleased with how the diffuser works! 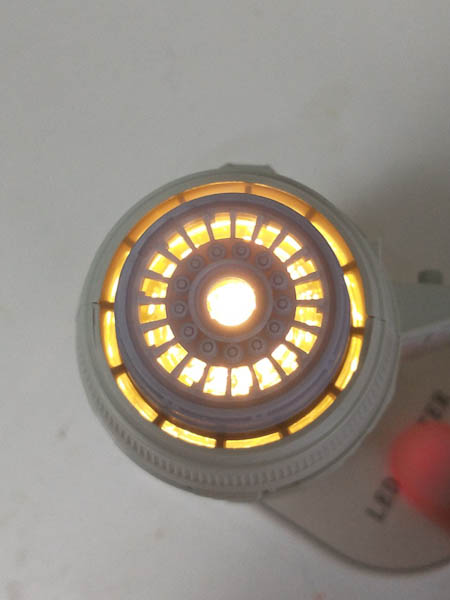 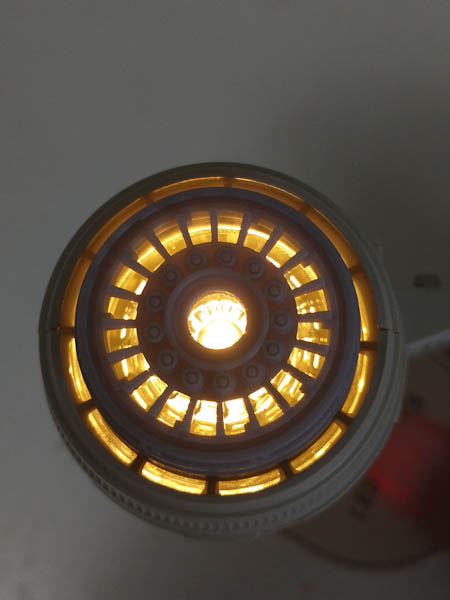 Yeah, the diffuser sure seems to work like a charm with one LED.

That will save on battery life if running by battery

Antsnest said:
Here's a quick test using a single 5mm LED light source at the front of the engine - very pleased with how the diffuser works!

I was originally planning on a ring of LEDs but that now looks completely unnecessary
Click to expand...

Finalised the diffusers... These now mate onto the back of the engine piece. 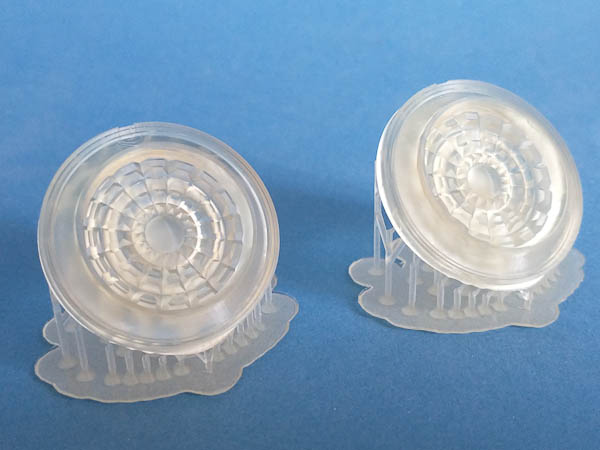 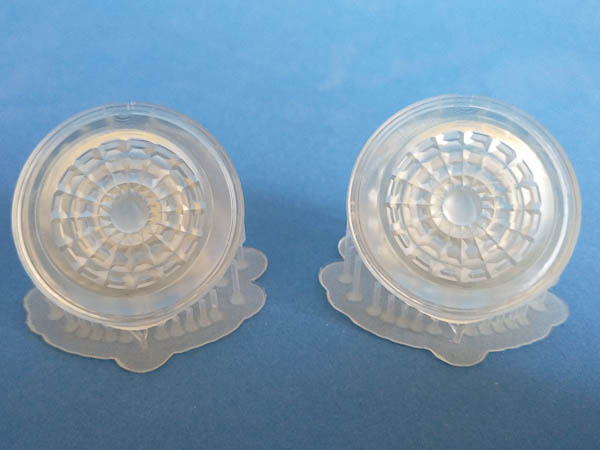 Any advance intel on the PL Razorcrest?