Anyone tried these stories out yet?

I didn't know what to expect really, but I was hooked after a few chapters. Now nearing the end of ~60 hours audiobooks (trilogy) and what a fantastic experience so far. Mild spoilers (ie. blurb) ahead.

Basic premise is that ~800 years into humanities future, humanity has become a "colour" caste based group and owns the stars. Reds are the miners, the lowest of the low. The hardiest and most daring miners are called Helldivers. We pick up the story with a guy called Darrow, who is a Helldiver, and his wife Eo. They have incredibly short life expectancy so he is married and in love at 16 years old. Eventually Darrow becomes "carved" into a Gold to infiltrate "the society" which is based in slavery and fear to better function for greater good (the fact you sometimes question if what he is doing is the right thing is fantastic in itself).

The various colours of humanity define position and privilege upto being Gold - the mightiest and most advanced "race" in the caste.

It isn't straightforward and yet its a wonderfully simple idea. It isn't cliche and yet it follows certain tropes and makes them feel fresh.

One of the best trilogies I've ever consumed so far, and I haven't finished it yet.

If they made it into a TV show, it would be a mixture of Game of Thrones (especially in Book 1) meets The Expanse (I haven't seen a ton of the Expanse but it feels about right). With a dash of heroics, societal politics and an awesome cast of characters. :thumbsup

Don't get me wrong - I don't think they are instant classics. But I do believe they inhabit the same space as "Hunger Games" and the like...and yet are far superior (IMO) - even though the Hunger Games films are not really that bad either. 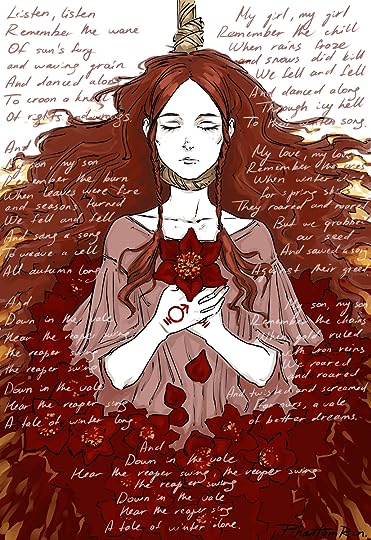 Loved the series. Wish there was more info on the upcoming movie..
N

It's 1,000 times better than the Hunger Games and once you finish the First Book, it won't even compare. It's nothing like it. The only similarity is the Institute in the first book. That's it. The Second Book, Golden Son is amazing and so is the third book, Morning Star.

But yes, I've read the books. Literally just finished the 4th book, Iron Gold, that takes place 10 years after the 3rd installment, Morning Star. It's amazing. I love the Red Rising Trilogy and I've also listened to the Audio books. Tim G Reynolds is amazing at the voice acting.

Yeah, so I understand your comparison to the Hunger Games but honestly, after you read the second book, you'll see why I say it's nothing like it. Not to mention Red Rising isn't even a Young Adult series.

Oh FYI, they're working on the movie for the trilogy and it's going to be Rated R. Pierce Brown is very set to have them Rated R.
https://www.youtube.com/watch?v=zYMrRFU2ILk He explains it here at 51:20 into the video (comic con 2017)

And yes, they're also working on a TV series like GOT for this, or at least that's what Pierce Brown wants. But the movies are already set for a green light, AND THEY'RE GOING TO BE RATED R. Thank goodness. This story would be disgraced in a PG 13 fashion.

I've read thousands of books....The Red Rising series is probably my favorite. Absolutely love it. Don't forget to buy Iron Gold!!!!!! I can't wait for Dark Age (the second part of the two part sequel of the Red Rising series) UGHHHH But it comes out September 2018, so it's not that far away!


cosmicsoup said:
Loved the series. Wish there was more info on the upcoming movie..
Click to expand...

https://www.youtube.com/watch?v=zYMrRFU2ILk (Comic Con 2017) Go to 51:20 into the video to listen to Pierce Brown's responses to the questions about the movie. He says it's going to be Rated R! His answer for this is perfect. Just listen to it!!!!!

I loved the audiobooks for this series. Making my way through the 4th one now.
C

NoblePhantazam thanks so much for sharing the link to Pierce's comic-con interview. He teased that he would have an announcement soon, but I haven't heard anything. I'm halfway through with Iron Gold right now. I re-read the entire series before reading this one. Can't wait for the Movie/TV series to come out.
You must log in or register to reply here.
Share:
Facebook Twitter Reddit Pinterest Tumblr WhatsApp Email Link
Top