This is my second try at a Real Ghostbusters PKE Meter and I can still count the number of props I didn't just print/sand/paint on one hand, so it's still pretty rough.
You can see the first attempt from 2017 in RGB-inspired PKE Meter and that one was sadly lost during a move to a new place.
This one's still static, but in addition to the lights it will also have a sound loop (Arduino-powered) and closer to the on-screen version thanks to the plans from RGB P.K.E. Meter Plans - GBFans.com
So far, I have all the major parts and for the electronics, only the battery charger module is still in transit, the rest is ready for the breadboard stage.

I've also set up an experimental screen animation for a future v3.0 and a movie-style PKE meter.
You can find an older example (current version has more features) at and I've uploaded the current code examples to michael-zock/arduino_oled_image_generator and some of the code helped Mr. Fusion make this upgrade for the Ecto-1 like the one Adam Savage and a few others are building right now.
Used materials so far are sintra for the case, PVC pipe for the grip, PLA filament for the printed bits and acrylic rods for the lit buttons (not in the photo).

Enough with the rambling, here are the pretty pictures we're all here for.
Please keep in mind that I'm still a beginner, as will be obvious. 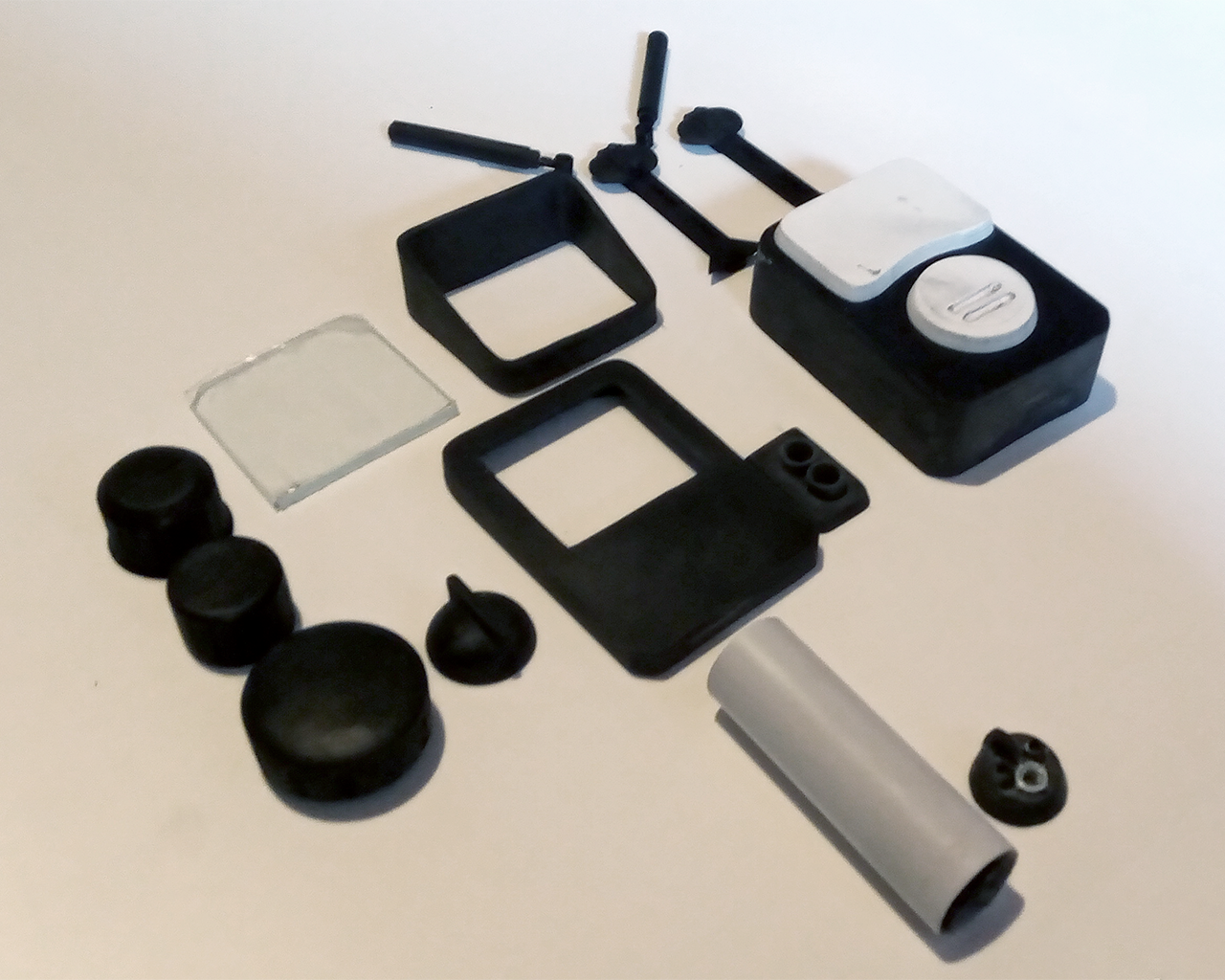 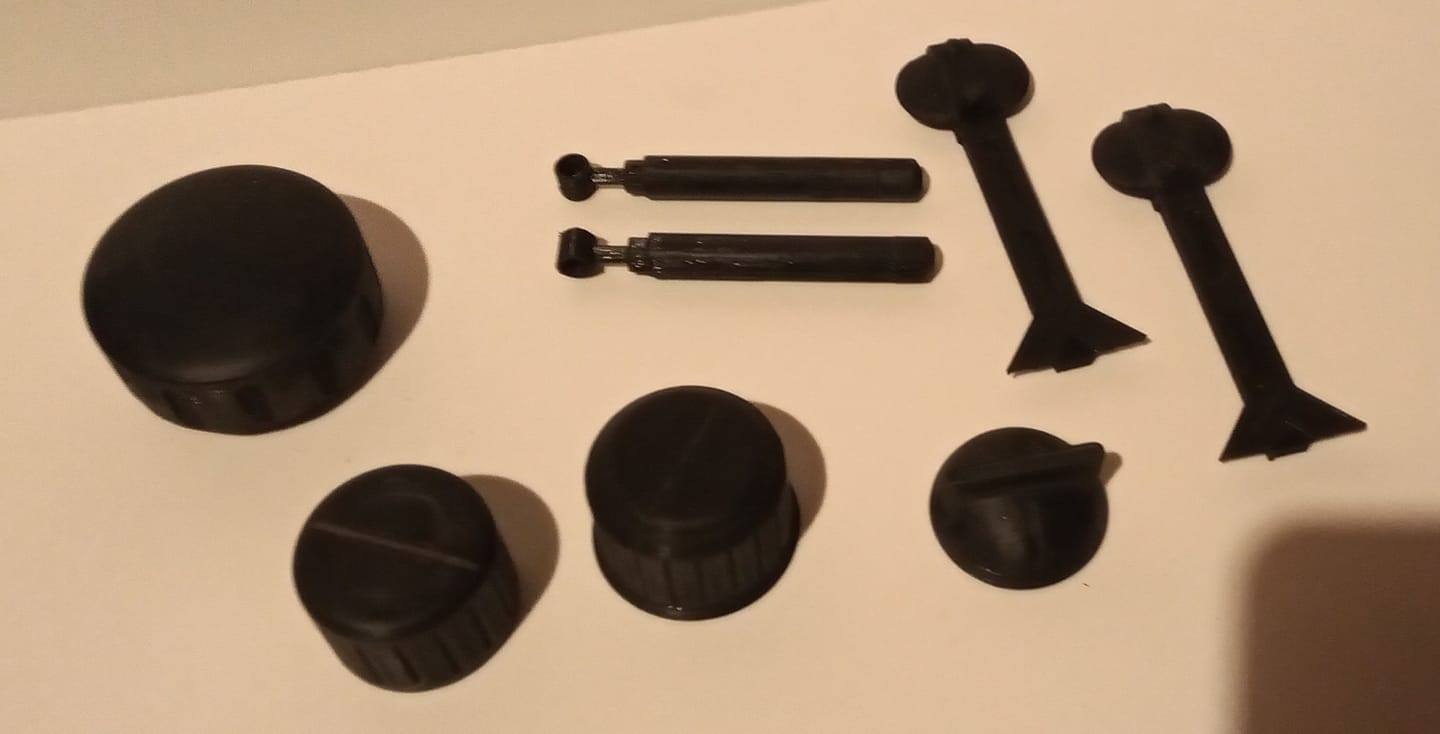 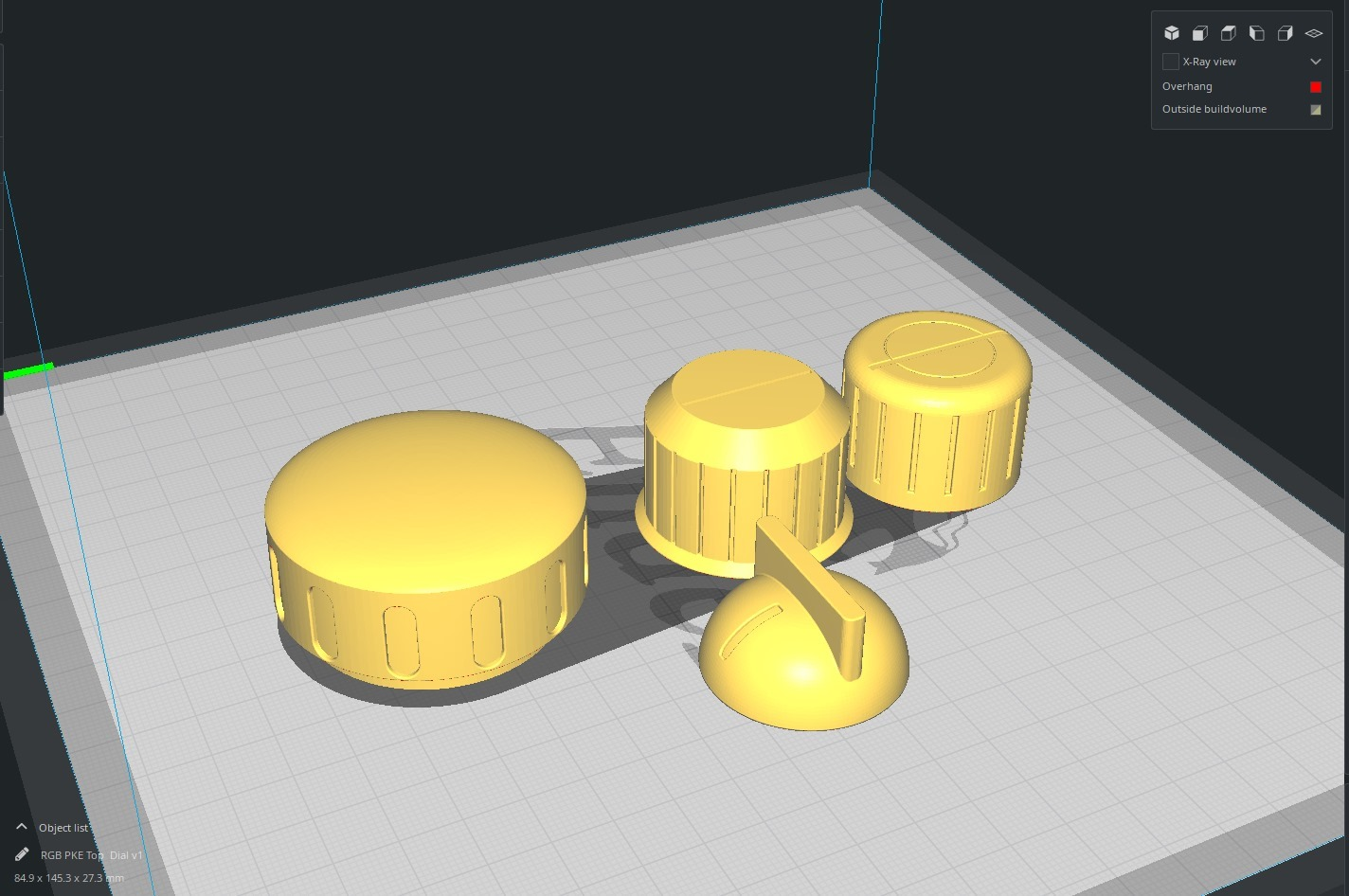 Looking like a great start! Nice clean prints too

Thanks! Only some initial rough sanding so far on the dials with an 80 grit sanding sponge to knock down the worst of the filament stepping.