Started this a while back, 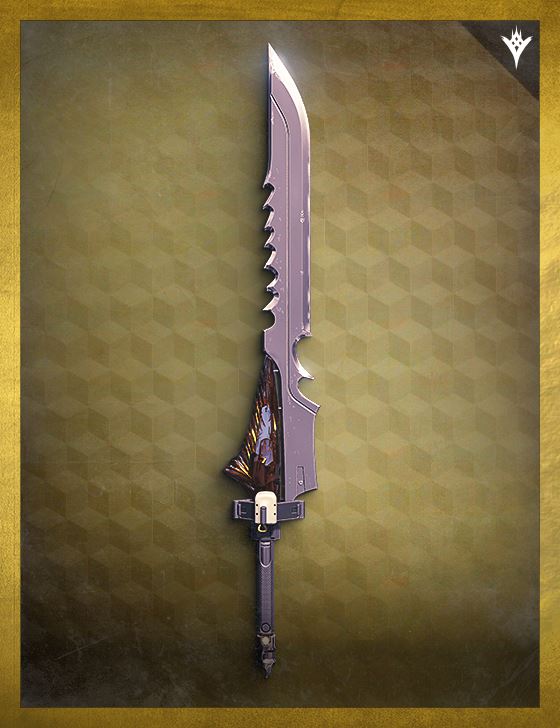 its my favourite sword from destiny (original - no really cool swords in destiny 2) was very satisfying running up and uppercutting bosses (usually dying in the process but it felt very heroic) it was a grind to get it in the game and the real world is proving no different, my quest started with the magic crystal, my first attempt started trying to make one out of clay but never having done much sculpting i tried to do it in 2 halves but as it dried it warped bah long story short by the time i had the second half glued on it was crumbling and cracking and bending, it was an unmitigated disaster.....onto plan b i found the game model online and while much of the texture was missing from the 3d mesh i printed it out and then using an epoxy modelling putty added the missing details and then came my first mold - there is a thread on here somewhere to help me through teething process in the end i got this 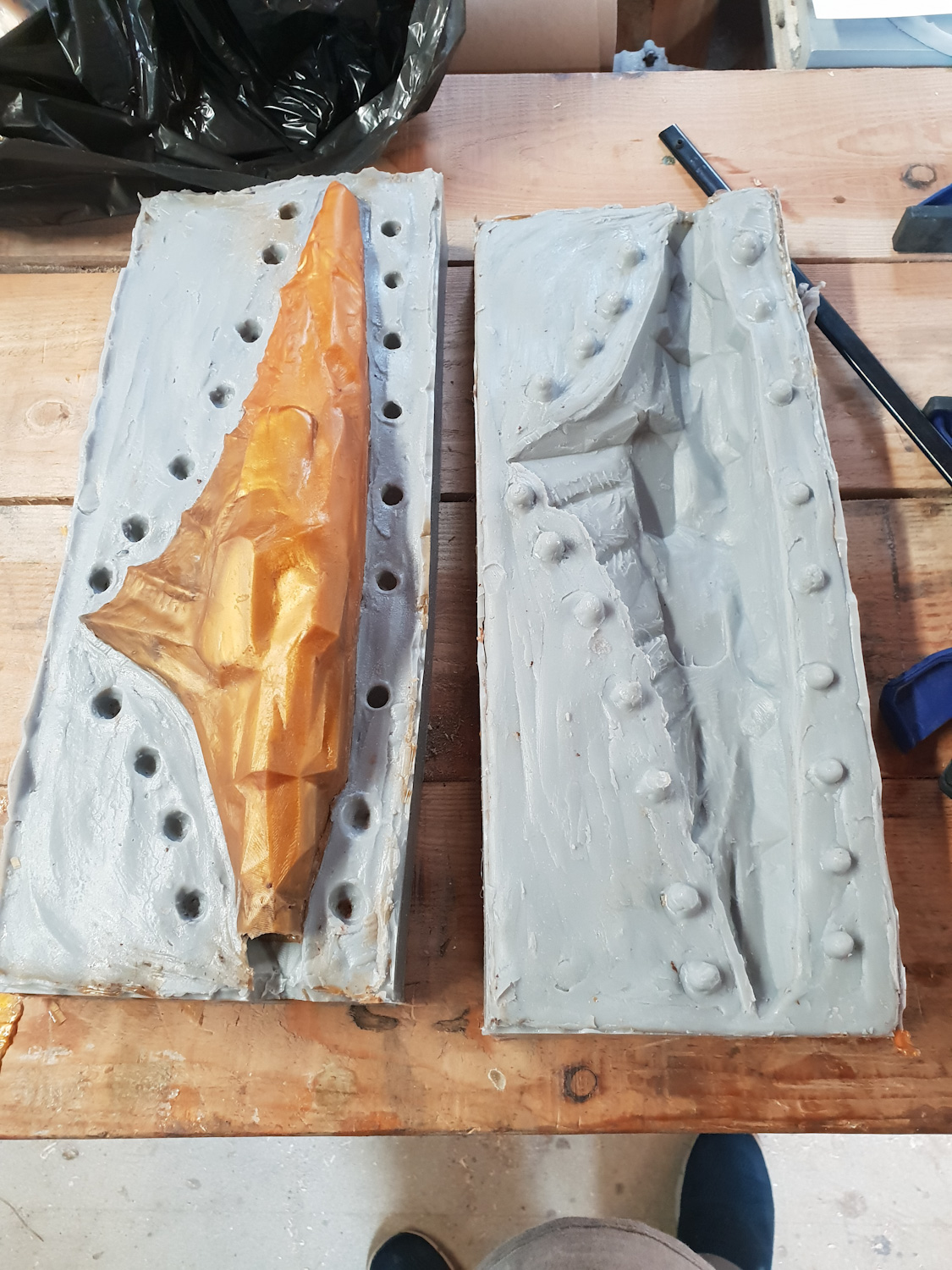 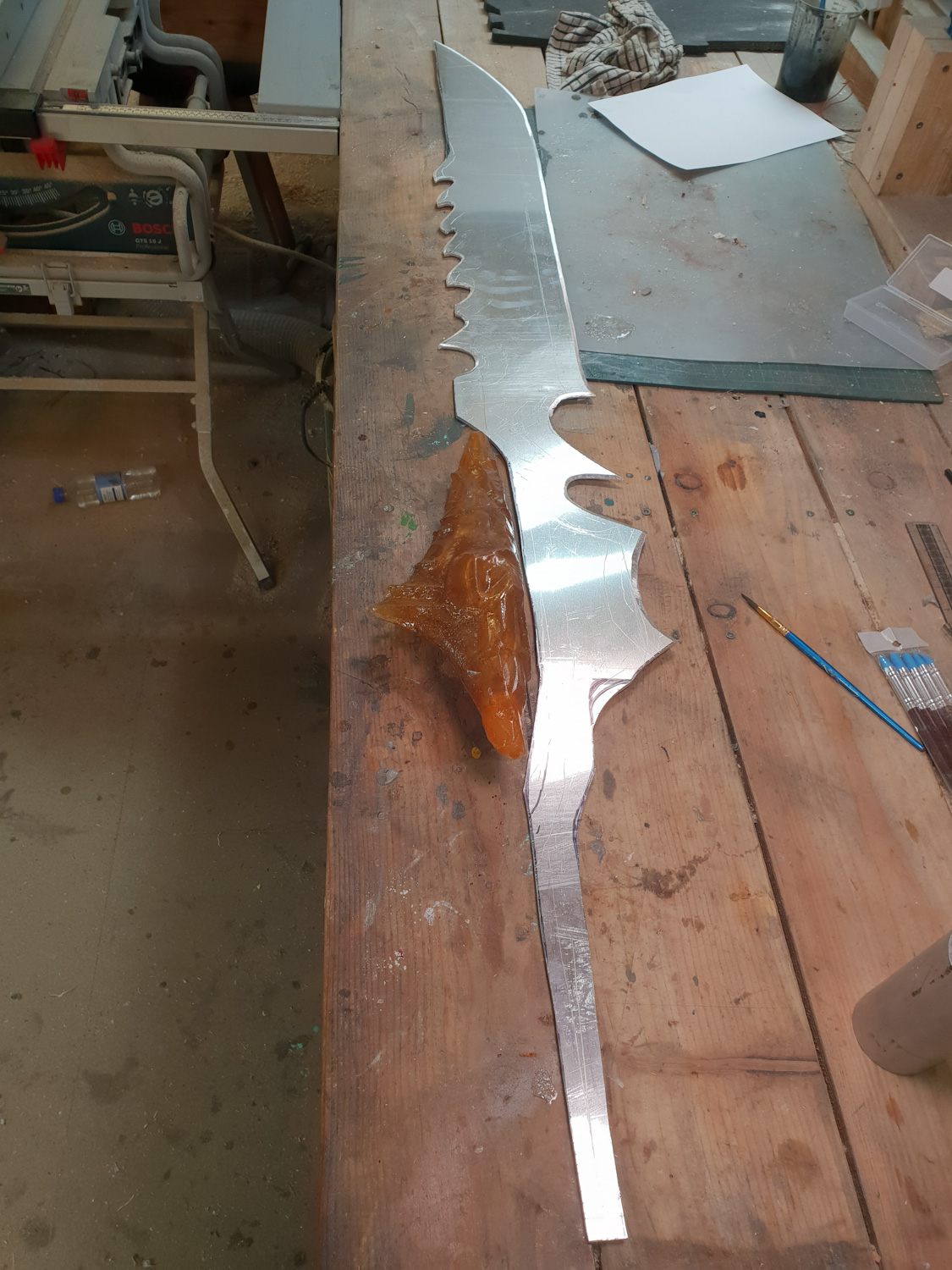 now i realised that my low res image and the subsequent enlargement had left me with very thick lines and the sword is too fat! anyway some more time with the jigsaw, angle grinder, files and a little grindy burr type thing for my dremmel for which i made a little collet type thing on my mini lathe so it could run along a guide 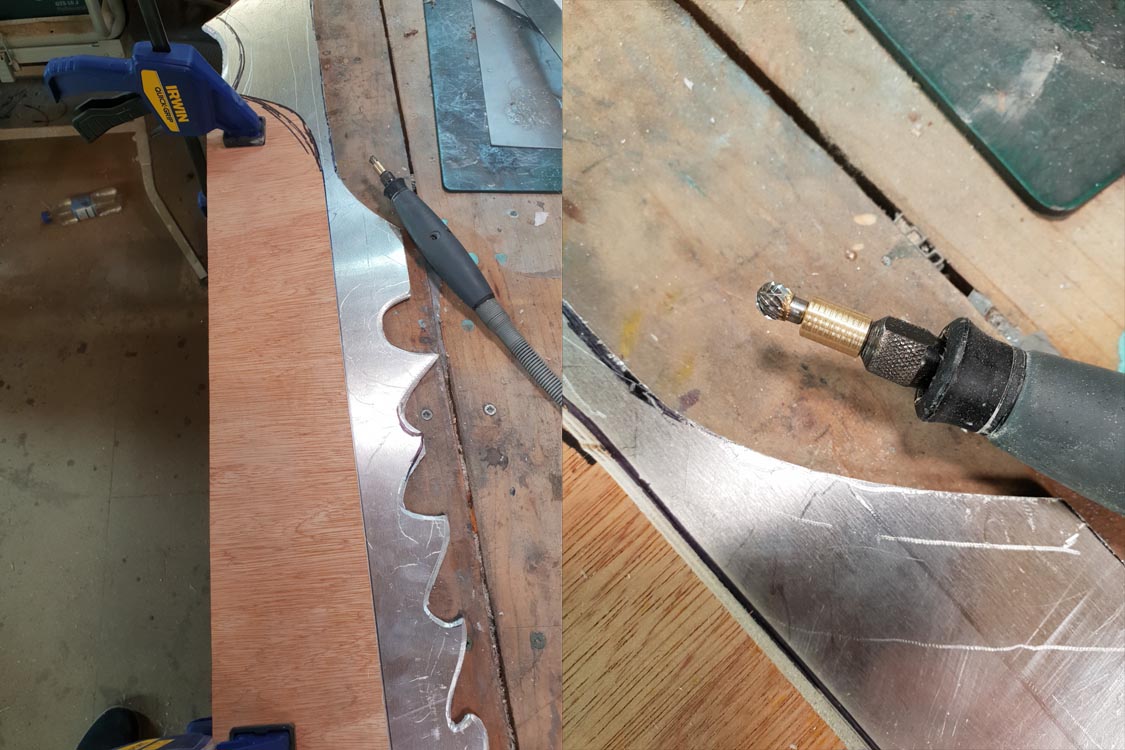 and i had this 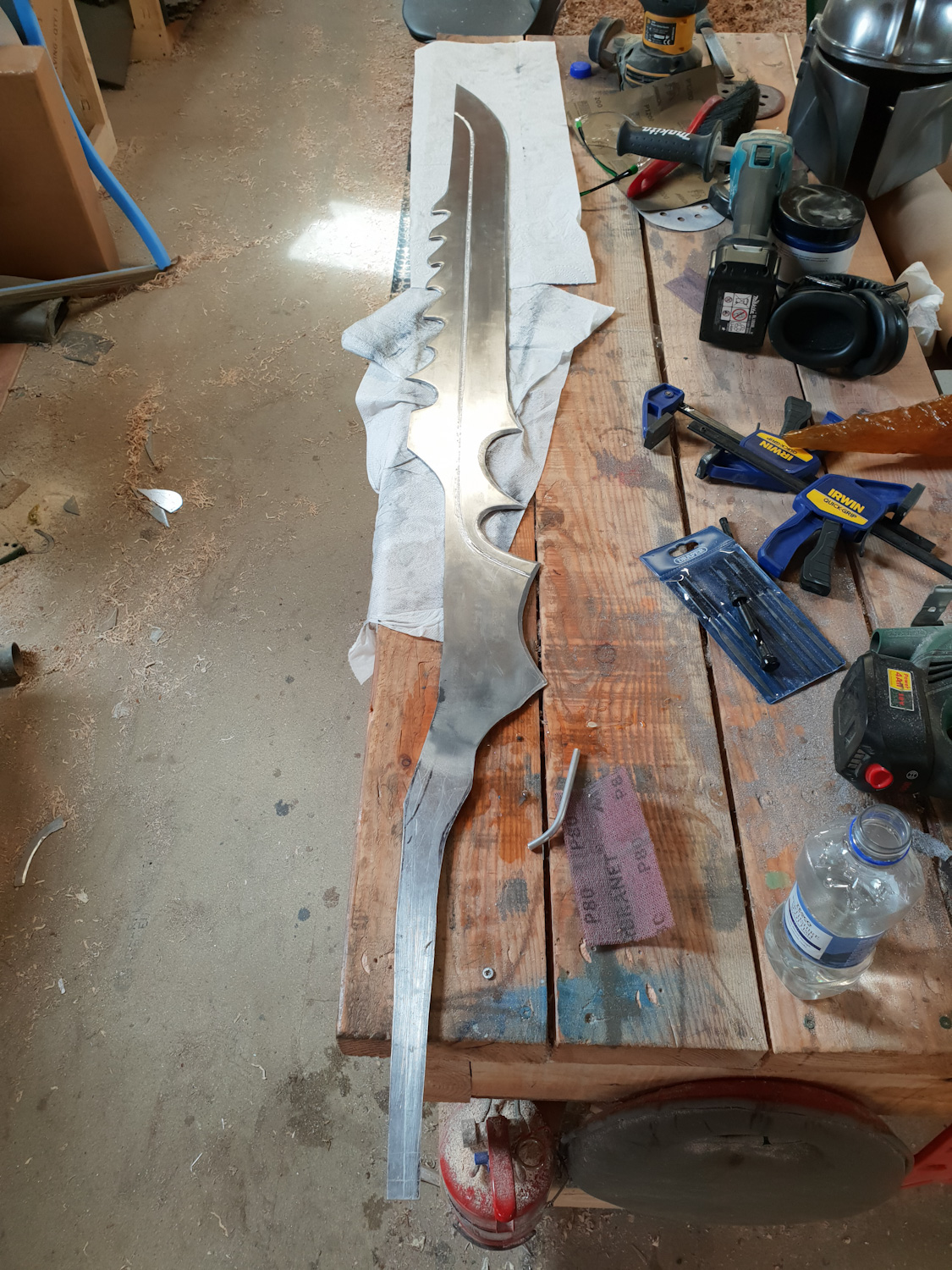 now starting to look not bad but close up on the grove....argh not great still trying to work out how to get that nice and smooth - might try electro etching but its a big bit of metal to try that for the first time on

anyway back to that crystal i thought was done..... well it was about this time i started to ask how do i attach it to the blade and realised it wasn't gonna work as things stood. i had an idea to fix it and have started to implement it but not taken any pics yet so that can wait until tomorrow 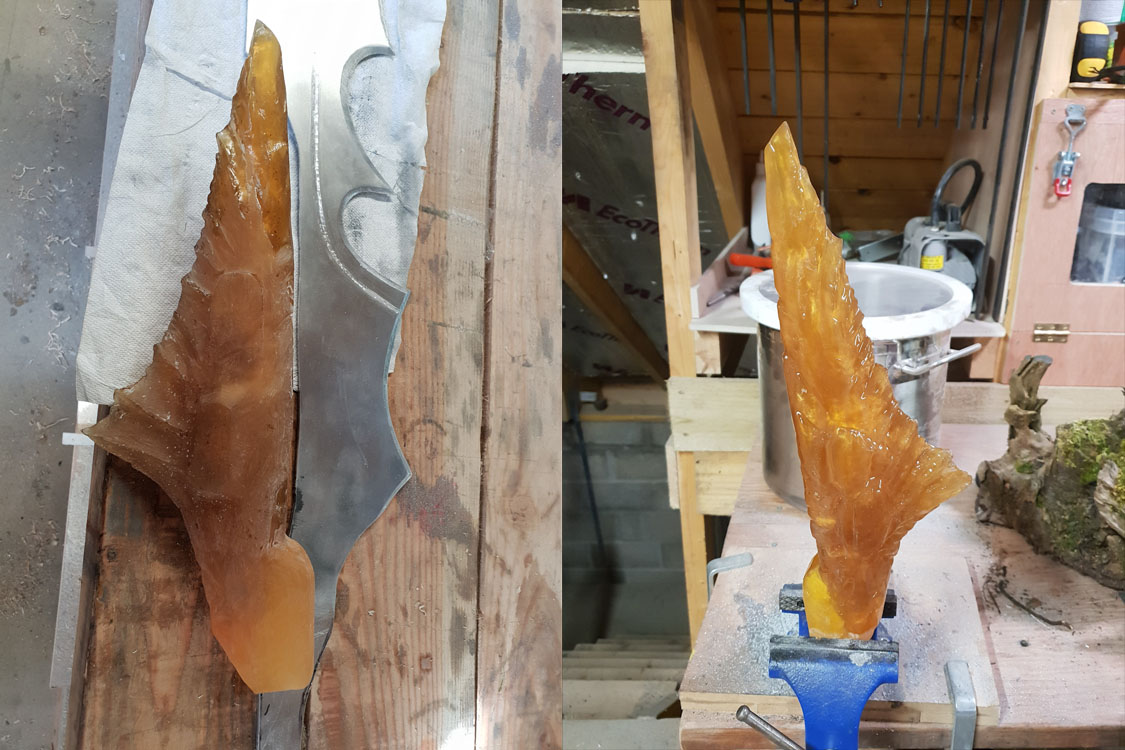 ok so that things pretty much up to date 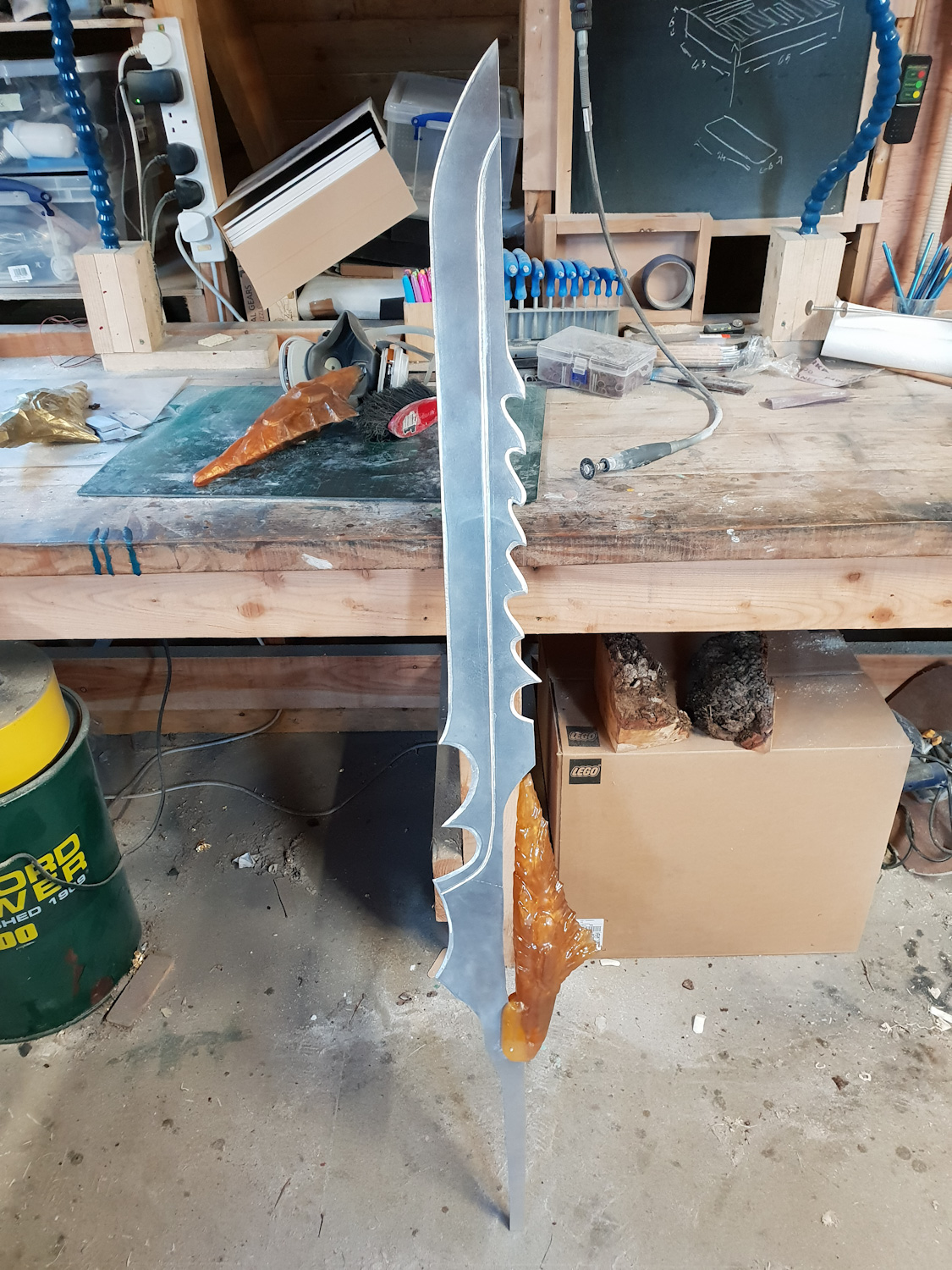 still printing the trough for electro etching the blade - think i'm going to start again on the blade as will make the etching easier and i think do a better job rather than starting from an uneven surface - but i thought it might be fun to add some led's to the crystal sooo........ 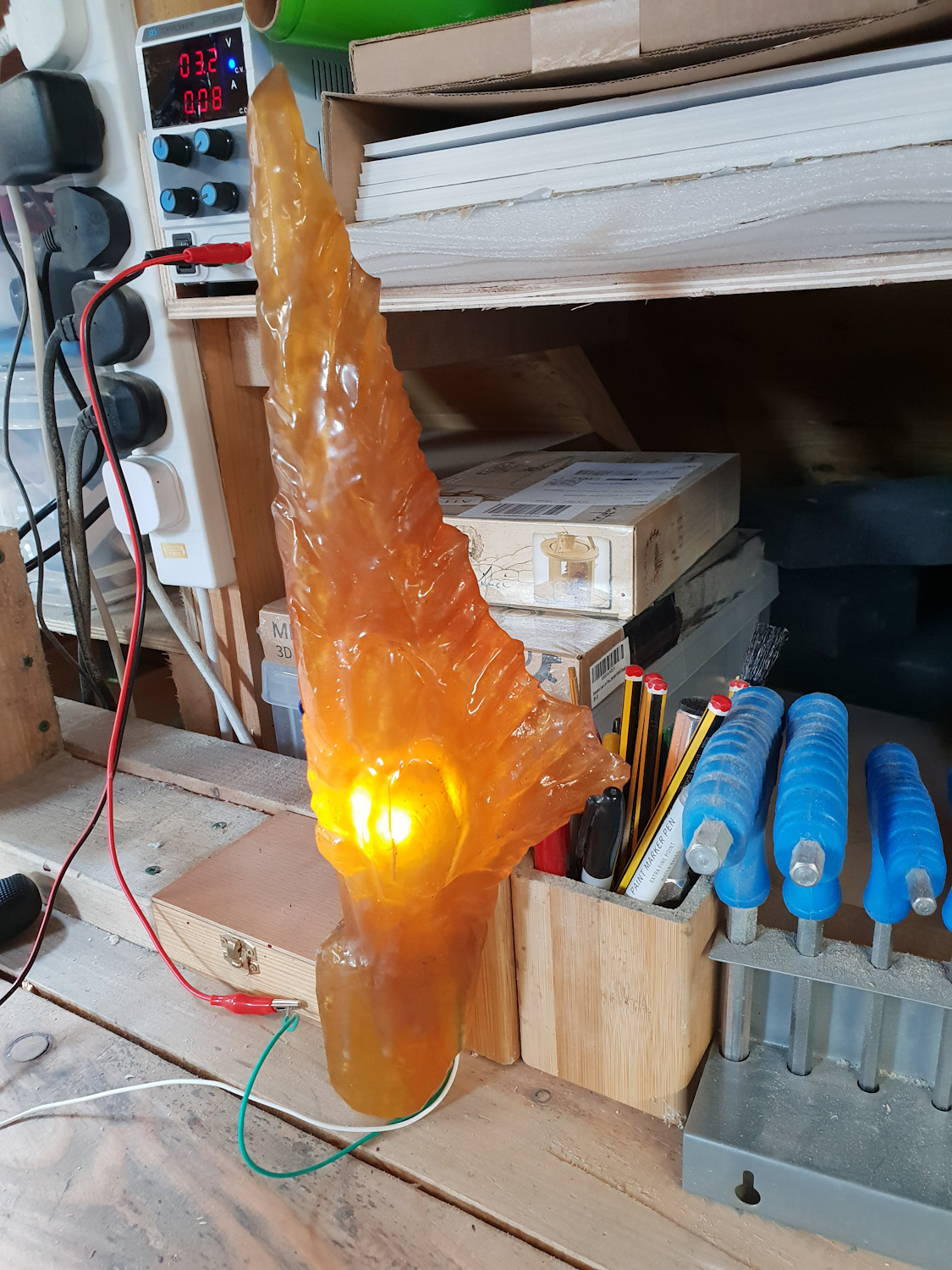 ok not sure anyone cares but i shall update my progress - spent an age getting setup to electro etch the blade well a new blade i was going to make - but unlike my small test, on the large sword blank the electro etching was taking forever and really not producing a significant etch at all - guessing my power supply didn't have enough oomph to get the job done - anyway i then tried some ferric chloride acid etching but while i got bubbles and made a mess i didn't have enough to submerge the blade so i was just putting it on the surface manually and it really wasn't that effective either - but after all that wasted time and effort i just ended up using a small sanding drum on my dremel and it worked fine - much more controllable than that ball burr thing i was using at first - went through an obscene number of them but it got the job done - its not perfect but i cant be bothered to do a second blade when this one is "good enough" 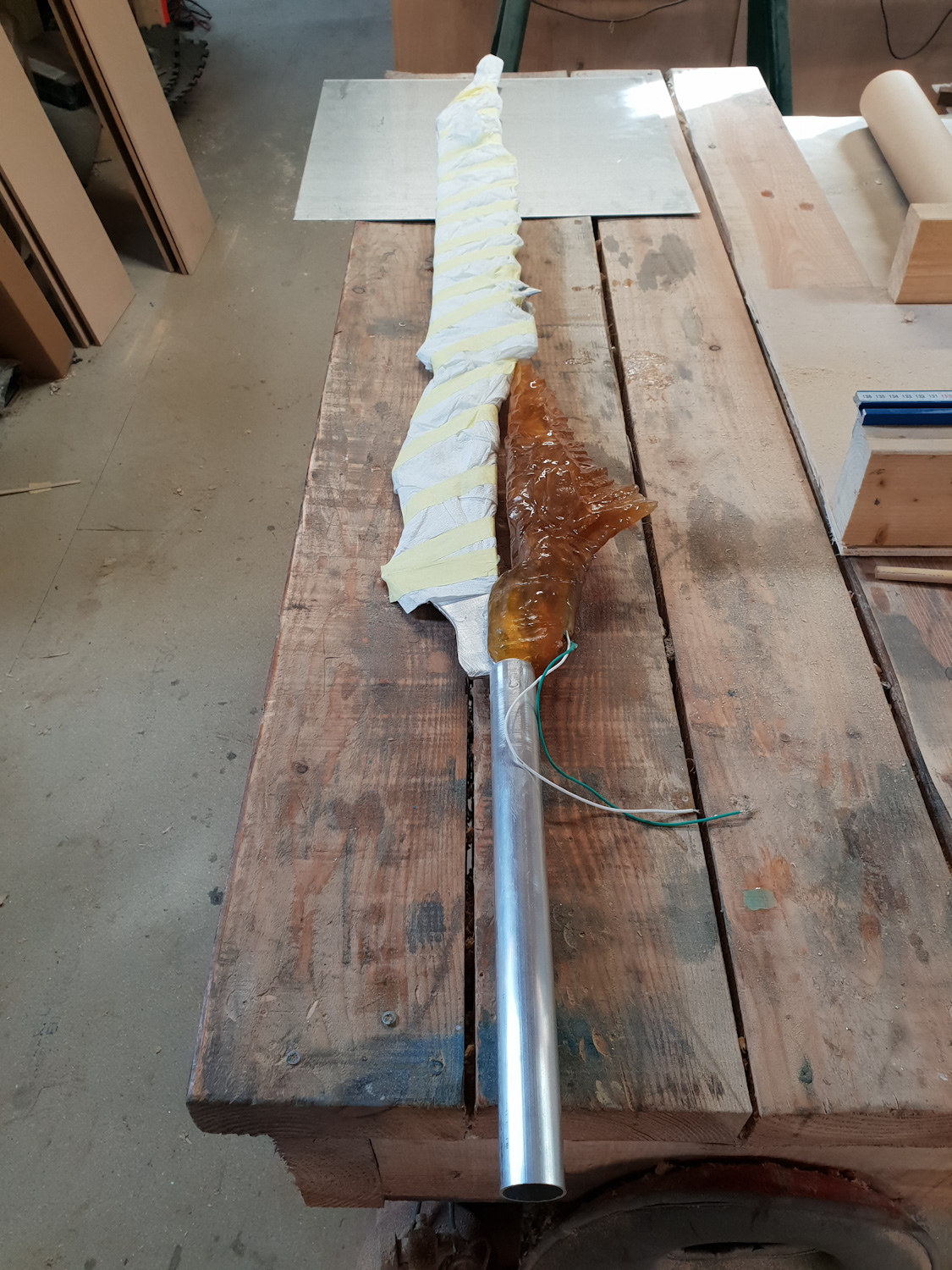 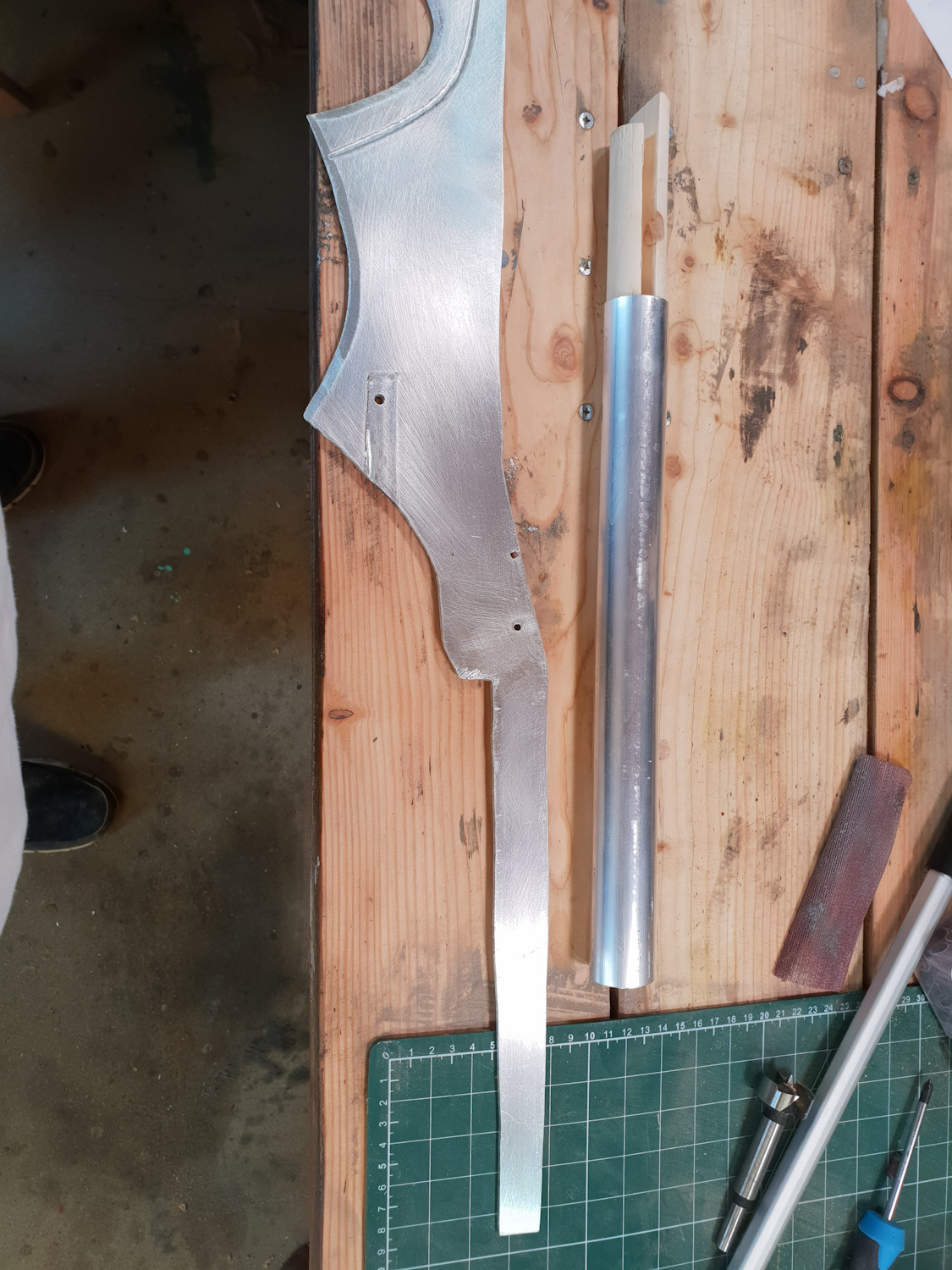 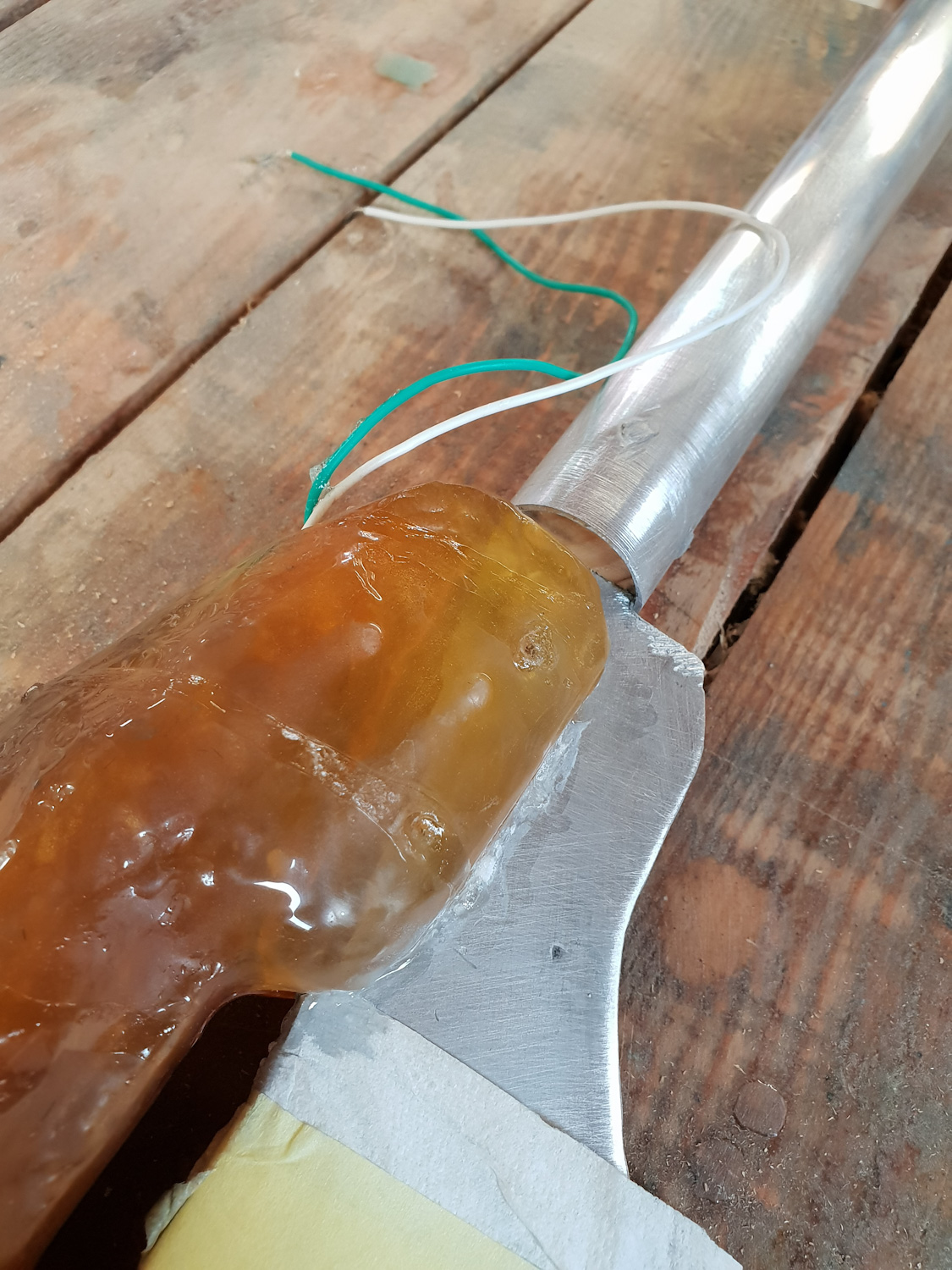 so that leaves me with the hilt and pommel to do 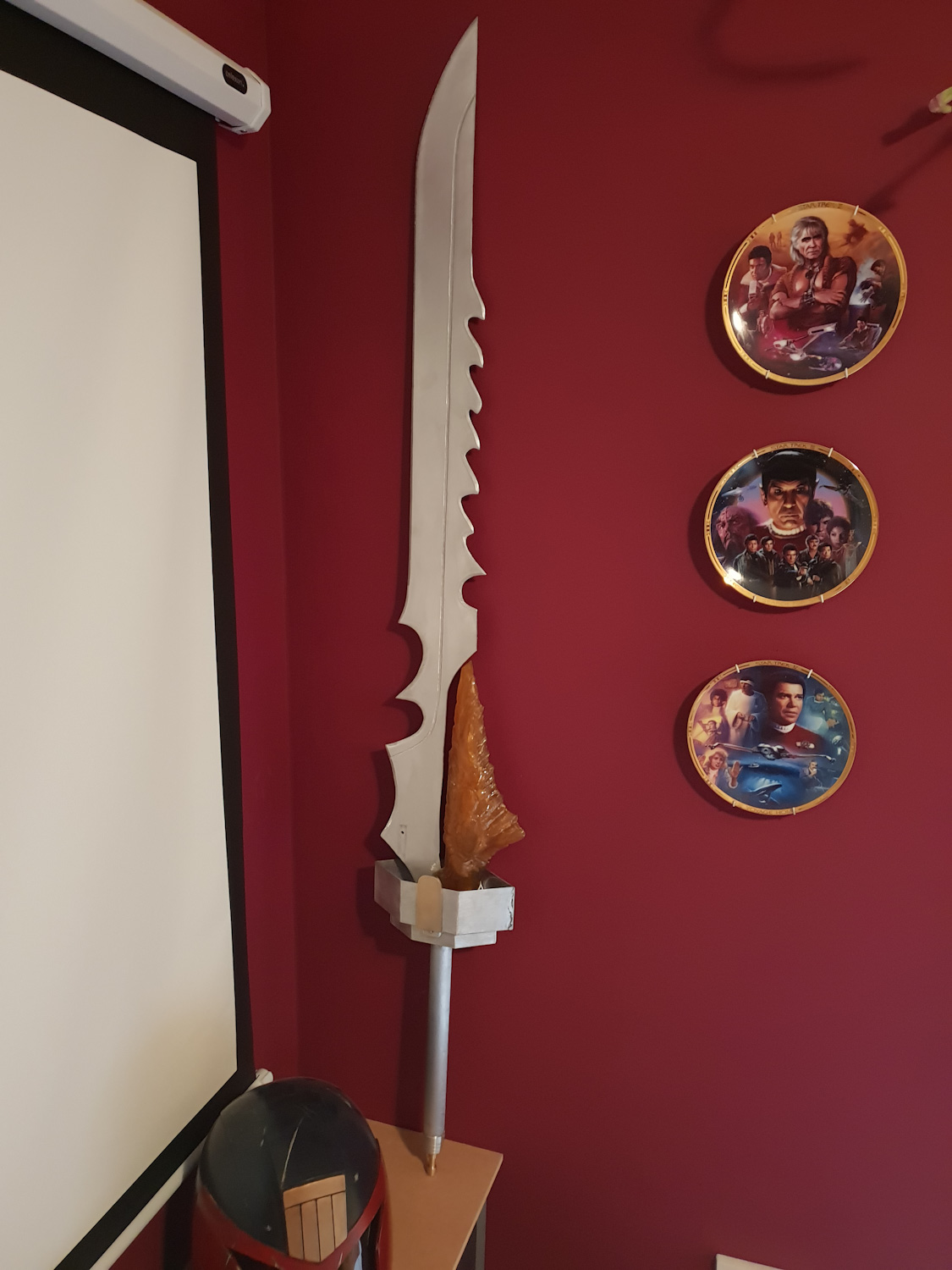 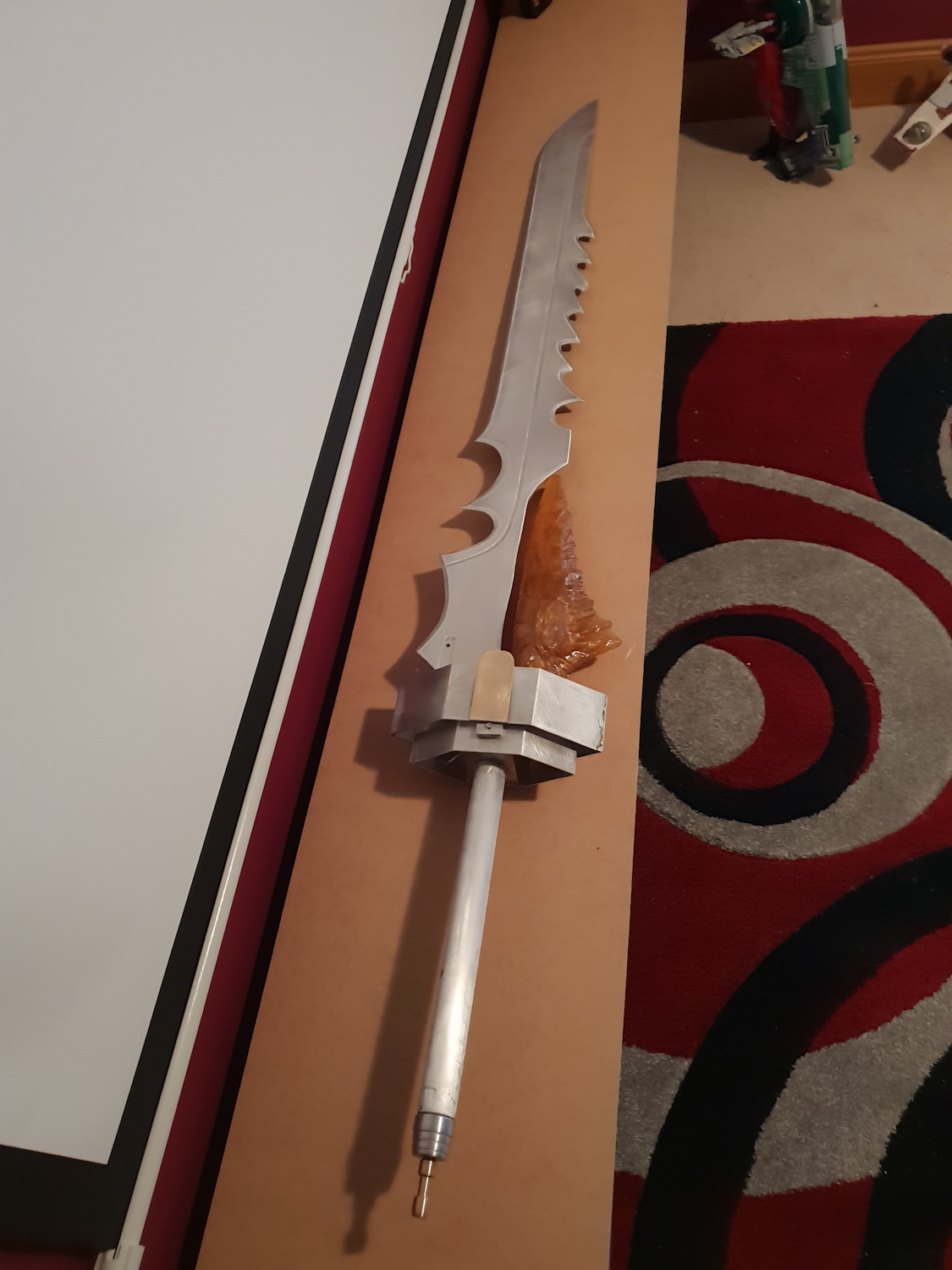 After 8+ years, finally starting in on Budd's sword!