RPF PREMIUM MEMBER
The notes are ready, first batch almost sold out. They're all shipping. Second batch will be ready in November. To get in in that run, order at my custom3dstuff.com website and comment on the thread here. 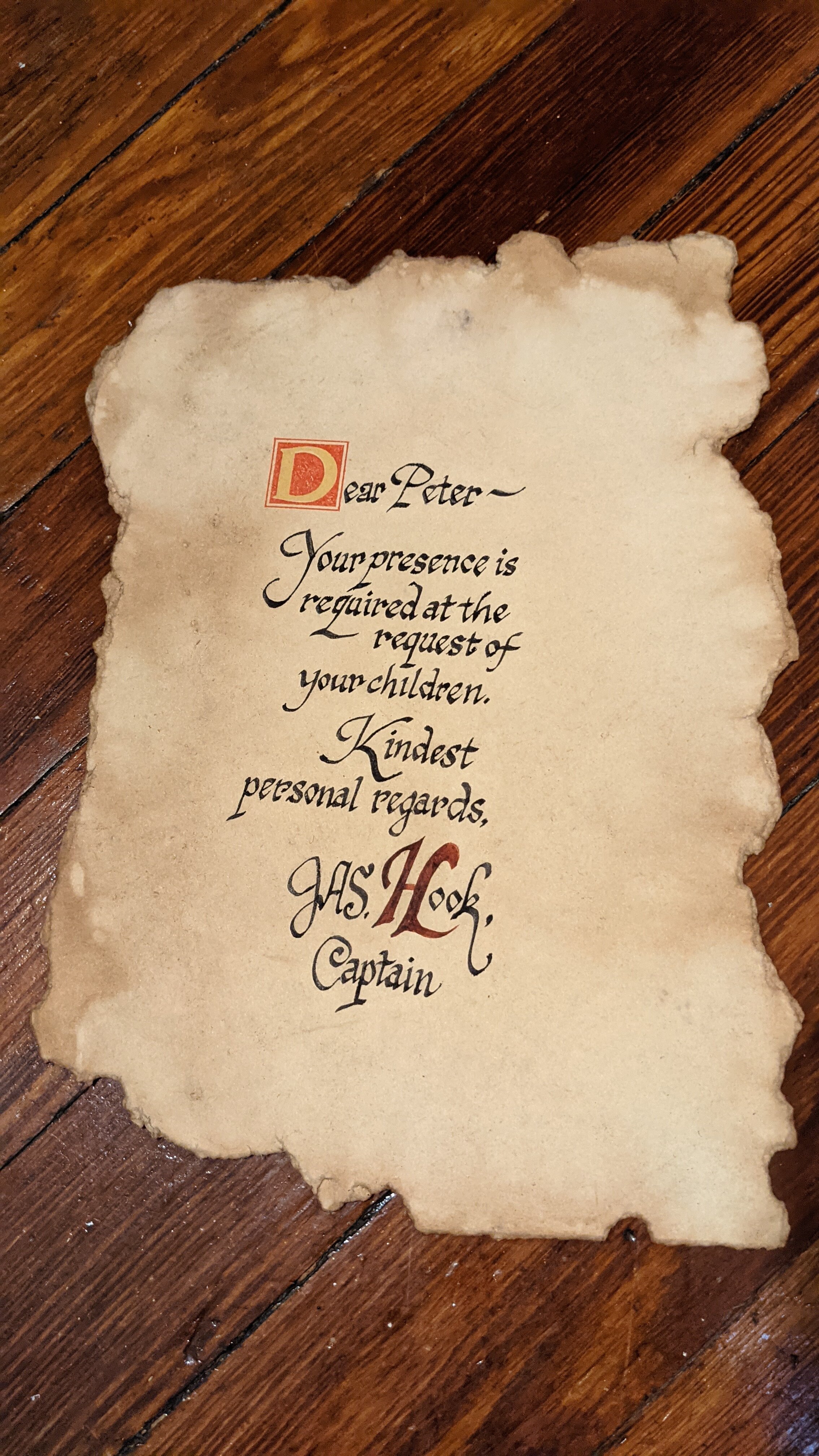 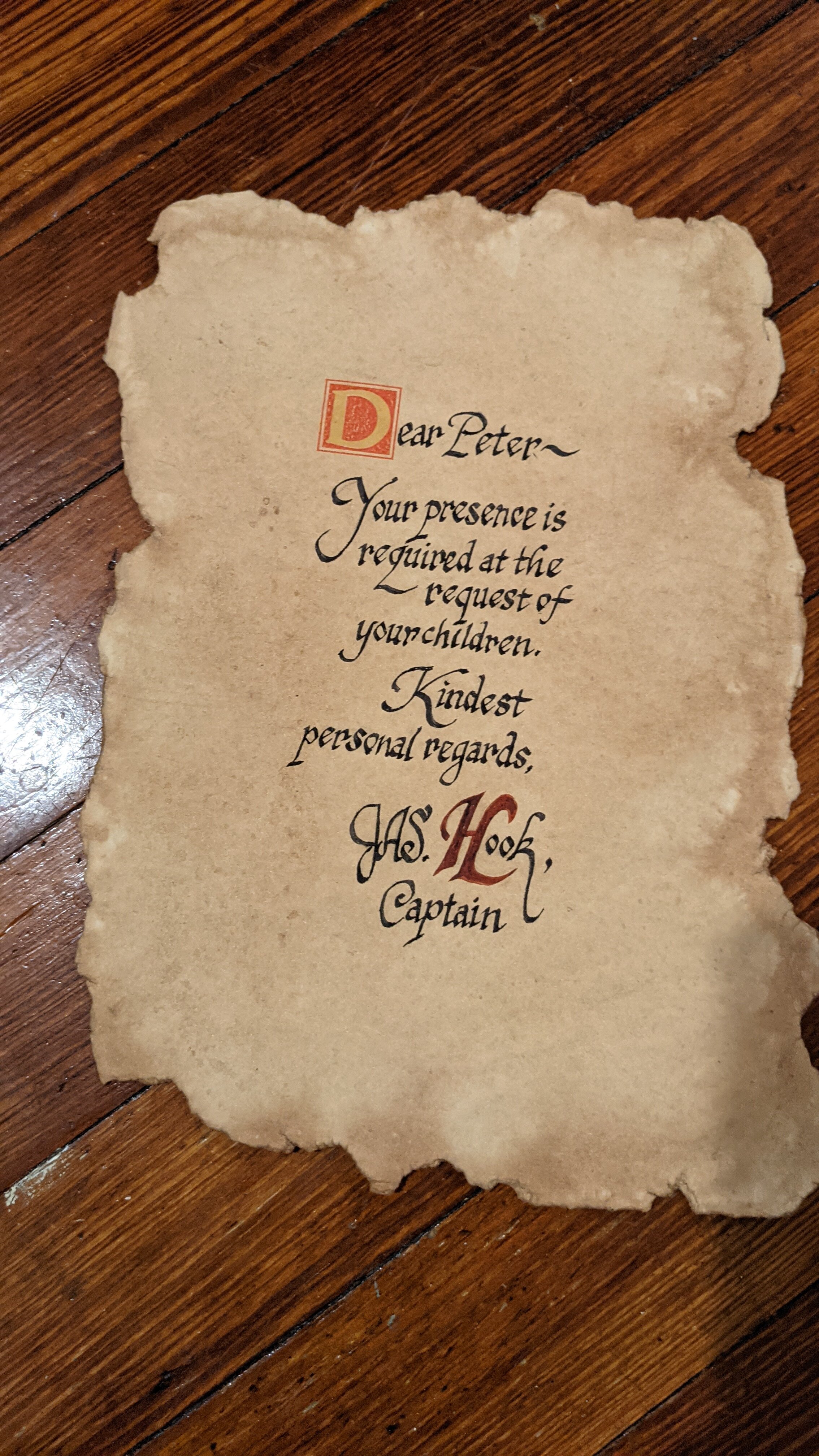 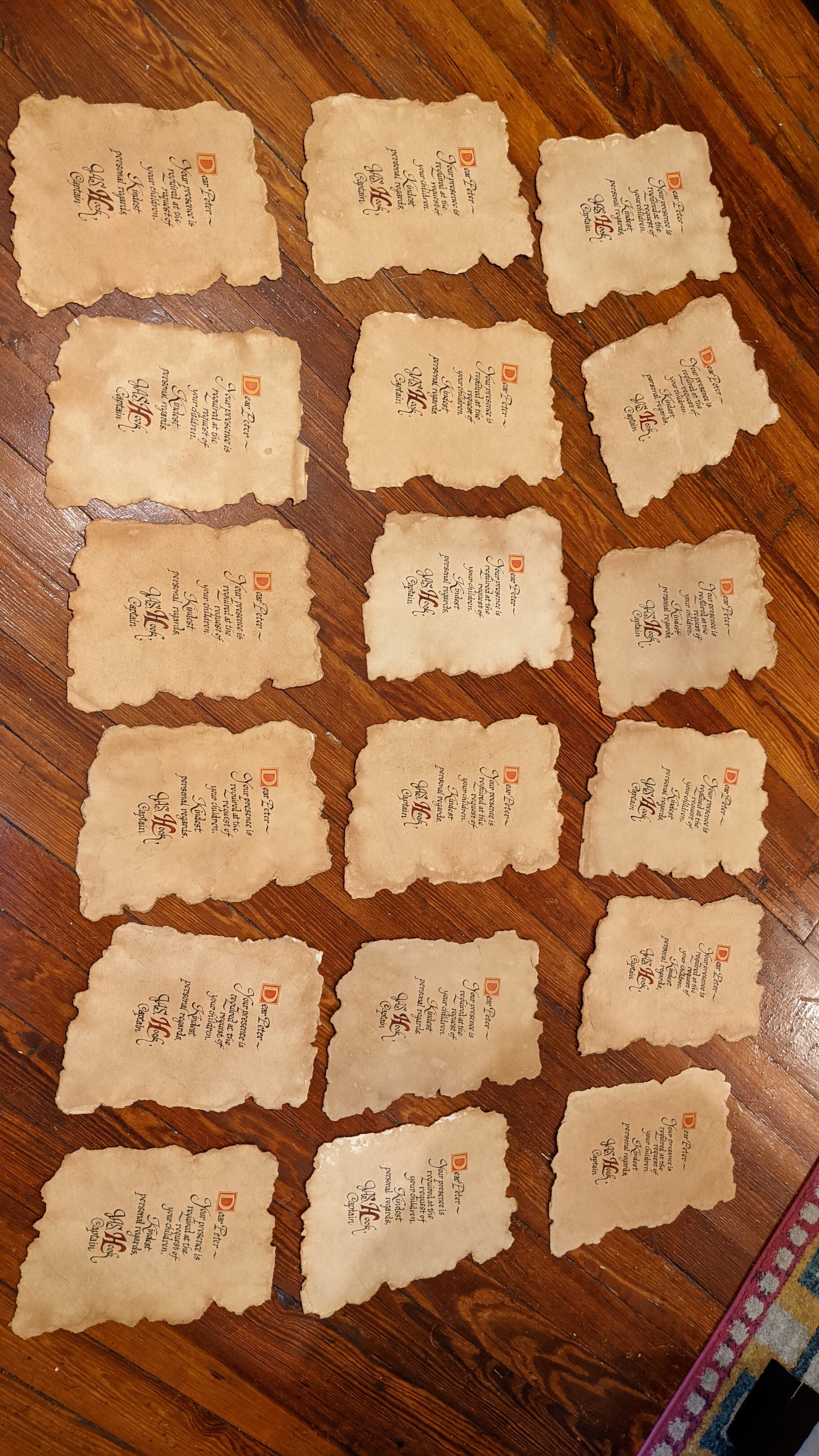 Many people don't notice at first, but the window latch in Hook is modeled after the Captain's hook! It's one of those neat details that can get looked over, but really shows the prop makers' outstanding attention to detail in this film. I watched it again last night after preordering Captain James Hook's dagger from Sarenab's run, and decided that there's probably enough interest to get this run going. I don't think it'll be too expensive but I don't have numbers together yet. It's a piece I know I'd love to have and have already stated thinking which cabinets and windows would be a good candidate for me to use this on. If I can get a metal set together for say $35 in chrome or extra shiny aluminum for the hook + latch, who'd be in?

I still have some tweaking to do but I'm pretty close 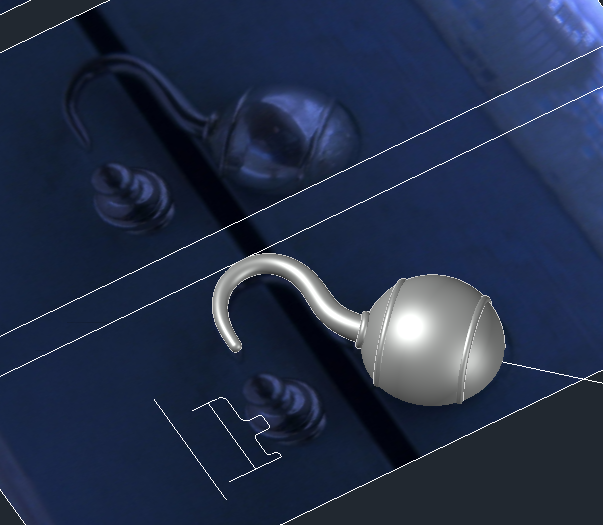 I'm also having a calligrapher create handmade copies of the note. Pricing here is not yet finalized but I hope to update it soon. If you're interested in either of these props, please let me know!
Last edited: Sep 8, 2021

RPF PREMIUM MEMBER
Updated title and first post to also include the kidnap note together in this thread.

Interested in the note waiting for photos and price...
W

In for the note for sure, may be in for the latch depending on pics/price.

RPF PREMIUM MEMBER
interested in note..maybe the latch too..
W

Everything I’ve ever received from you is always absolute perfection.
I’d love the ransom note... & could prob be talked into getting the window latch hook as well.

Definitely interested in the Ransom note, the latch however... well not sure how I could display it so I'll say a maybe on the latch

The dagger is coming soon. How is the letter coming?