Finished this today. I had a good image of the concept drawing for Missy's PDA-like device (which a friend has dubbed the MPDA, so I'll use it here), which I cropped to separate images of each side and printed out. Used the trimmed image to cut several layers of balsa wood, including a separate layer for the "lens" side. After gluing the layers together, gave a quick base color in acrylic paint and gesso, then Mod Podged the images onto it. For a "quick" build, I think it's surprisingly effective. One area for improvement: the wetness of the mod podge causes the dark areas of the printed image to spread a green tone into the light areas. Possibly a quick spray with fixative prior to mod podging might help in future. Or less aggressive brushing if you're not averse to a thicker layer of mod podge, but I didn't want to add that texture. I may go back in with a fine paintbrush and brush silver highlights onto it. Possibly. 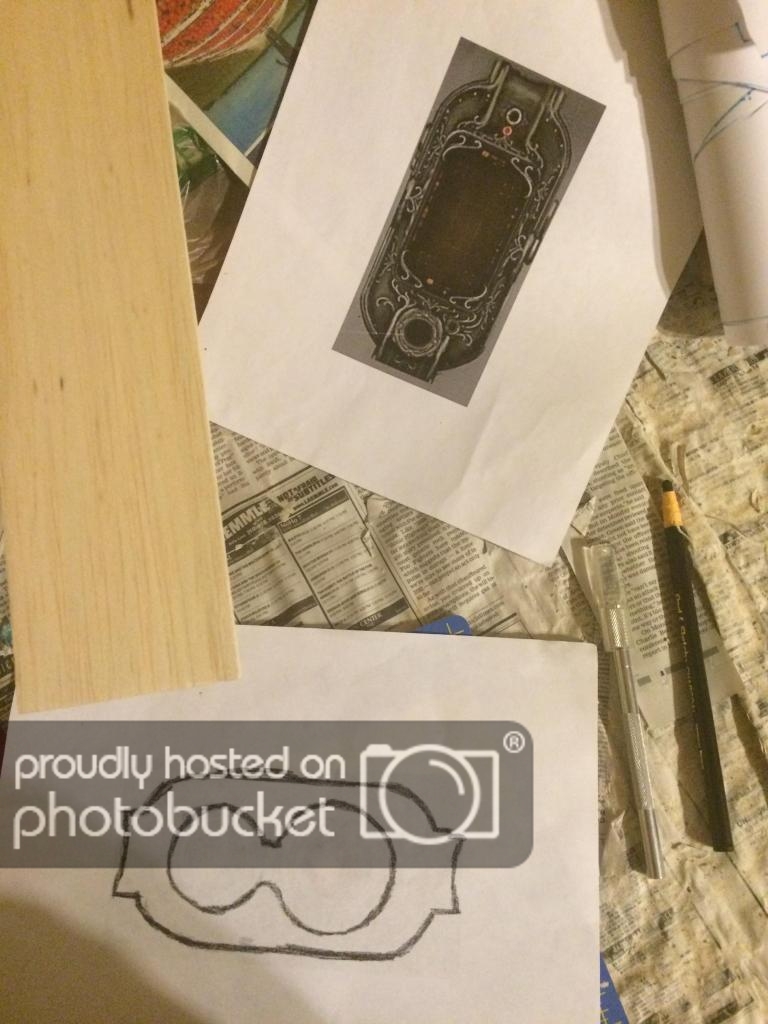 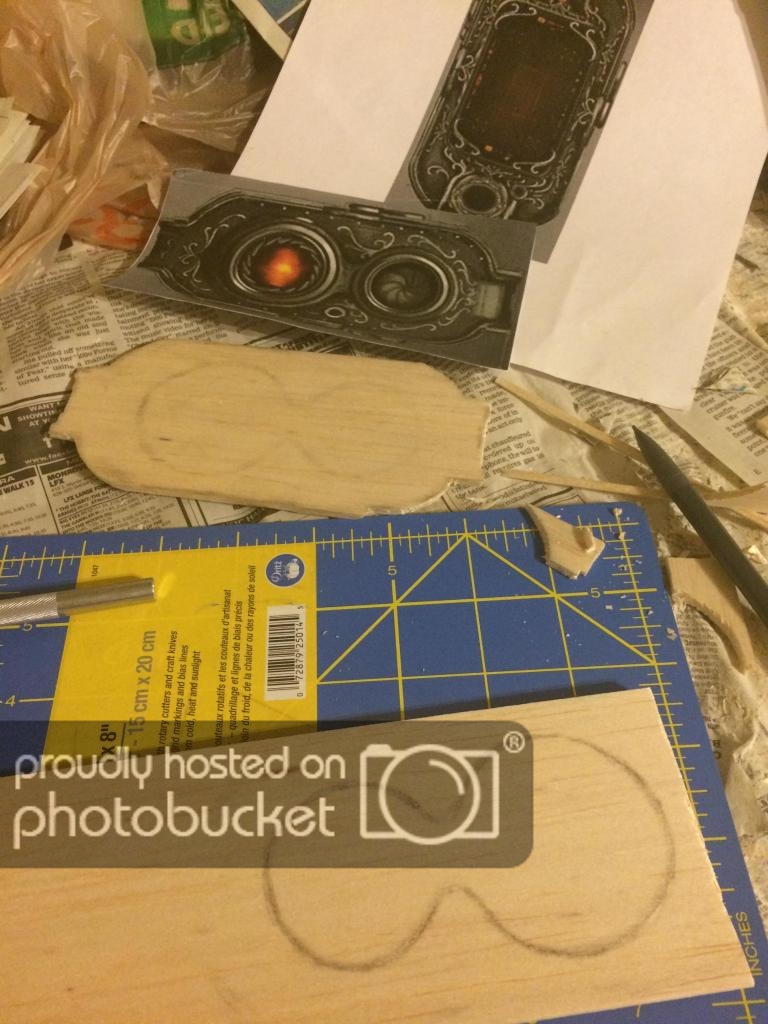 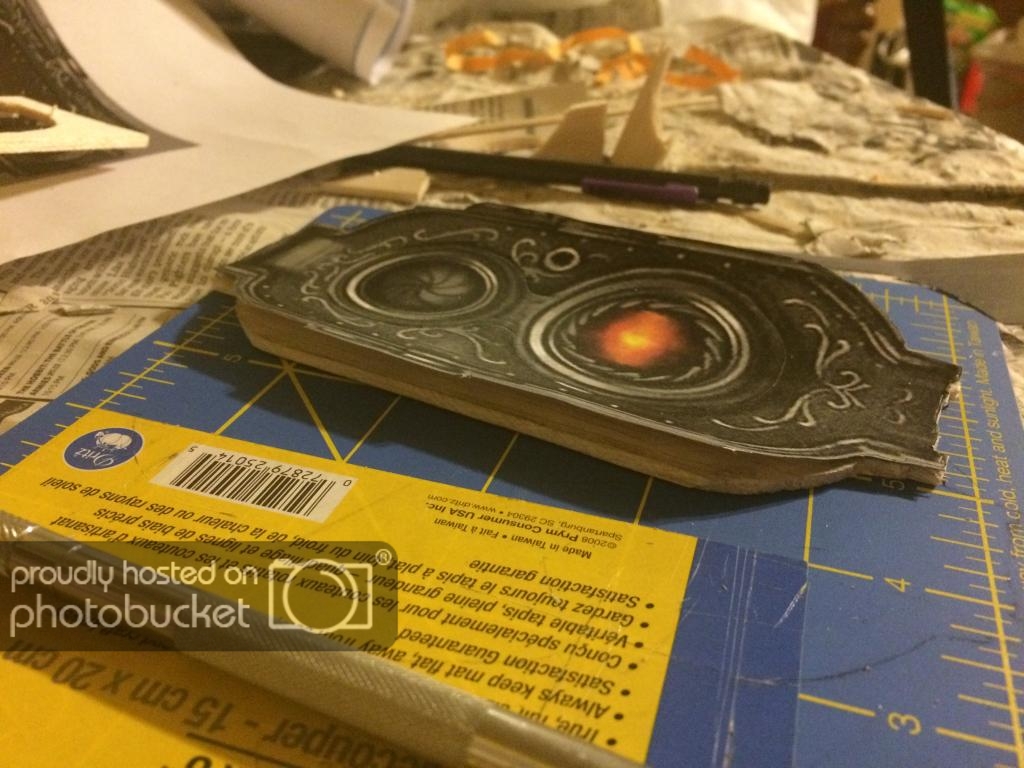 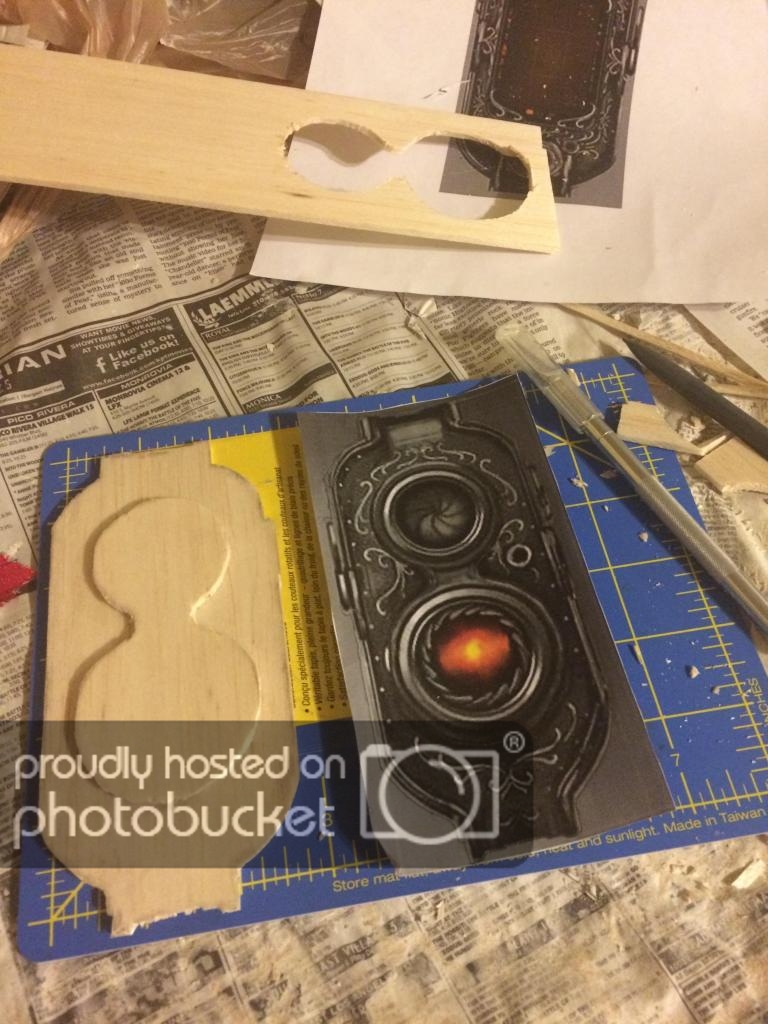 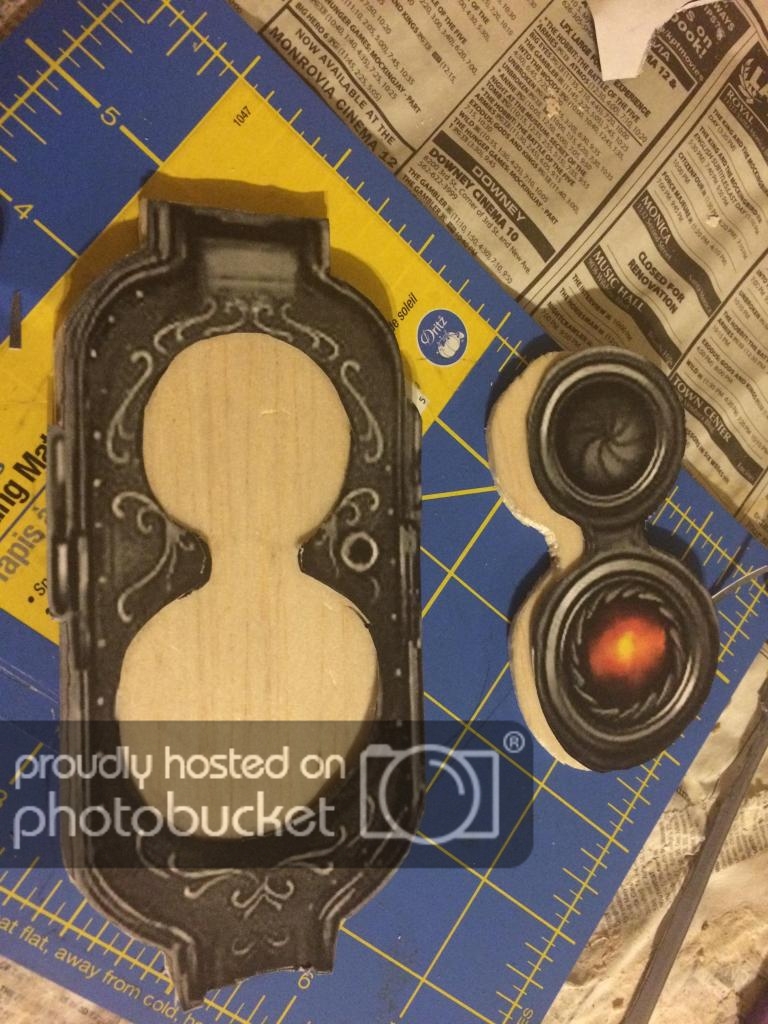 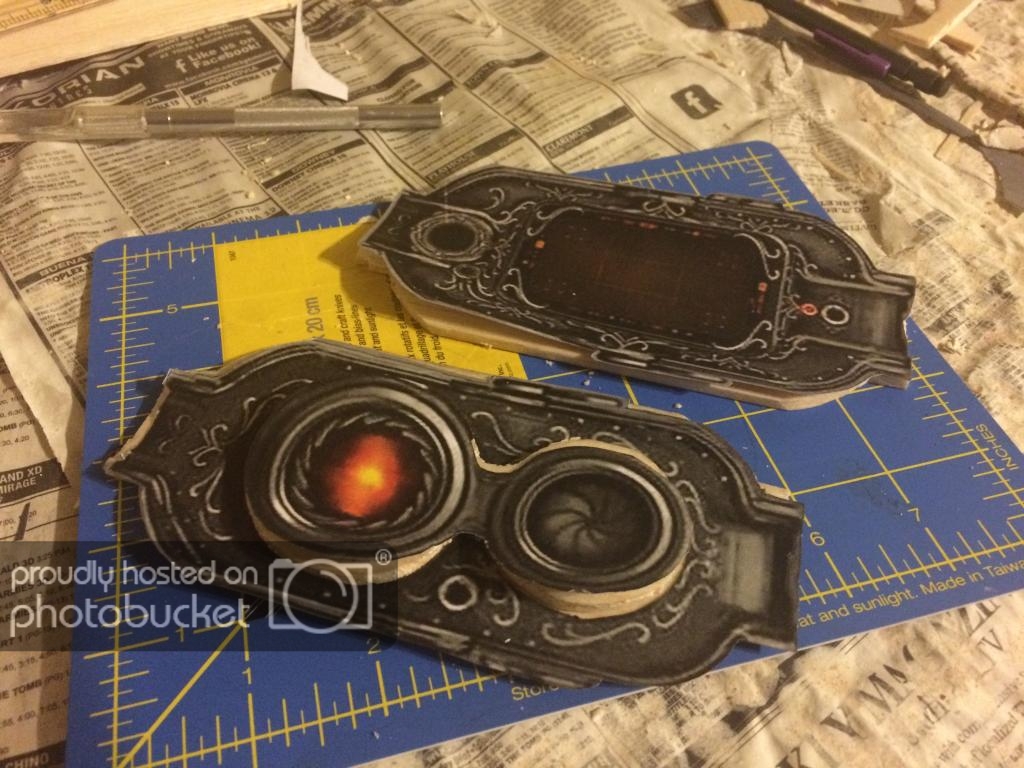 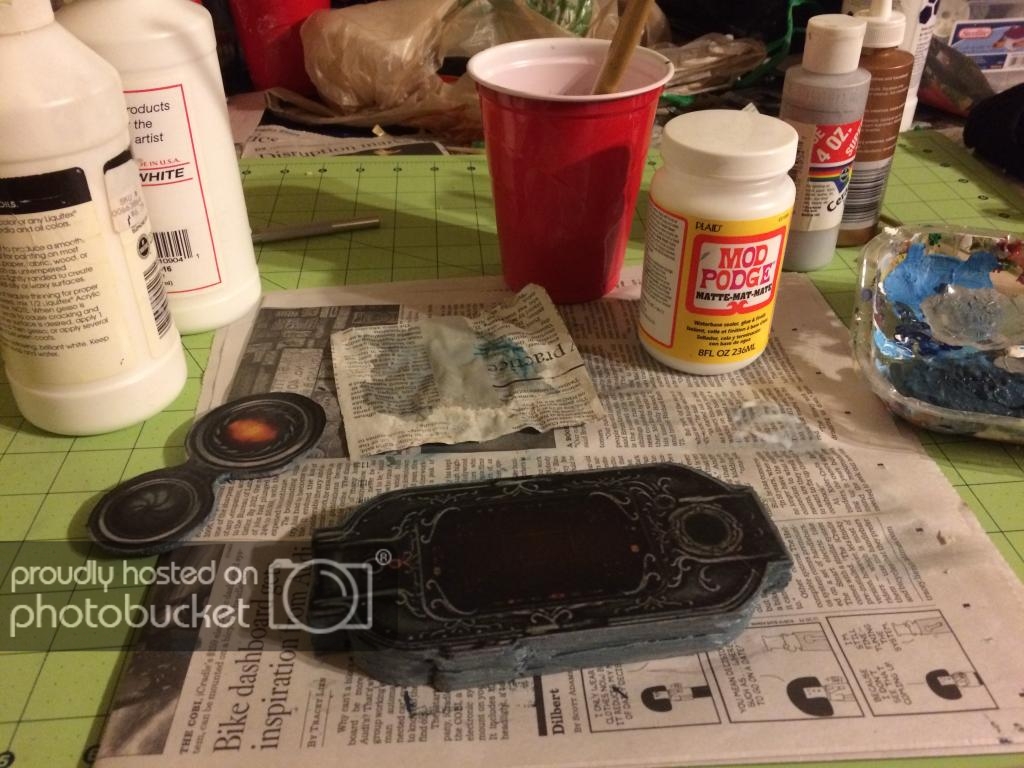 And here's the completed piece:

Beautiful. Wish I had the time and talent to make this!
B