RPF PREMIUM MEMBER
We had an 80s-themed party to attend, so I figured this was the excuse to get my Ghostbusters outfit moving. I still don't have a proton pack, so I decided on going for the "post-busting" look.

I got a decent flightsuit in a trade, so made a name tag from scratch (using the basic zig-zag setting on our sewing machine) and added this and a GB patch to the flightsuit (using velcro as I wanted to keep the flightsuit for other possible costumes).

I already had military belt (albeit in olive drab), so I added my Matty trap and PKE meter: 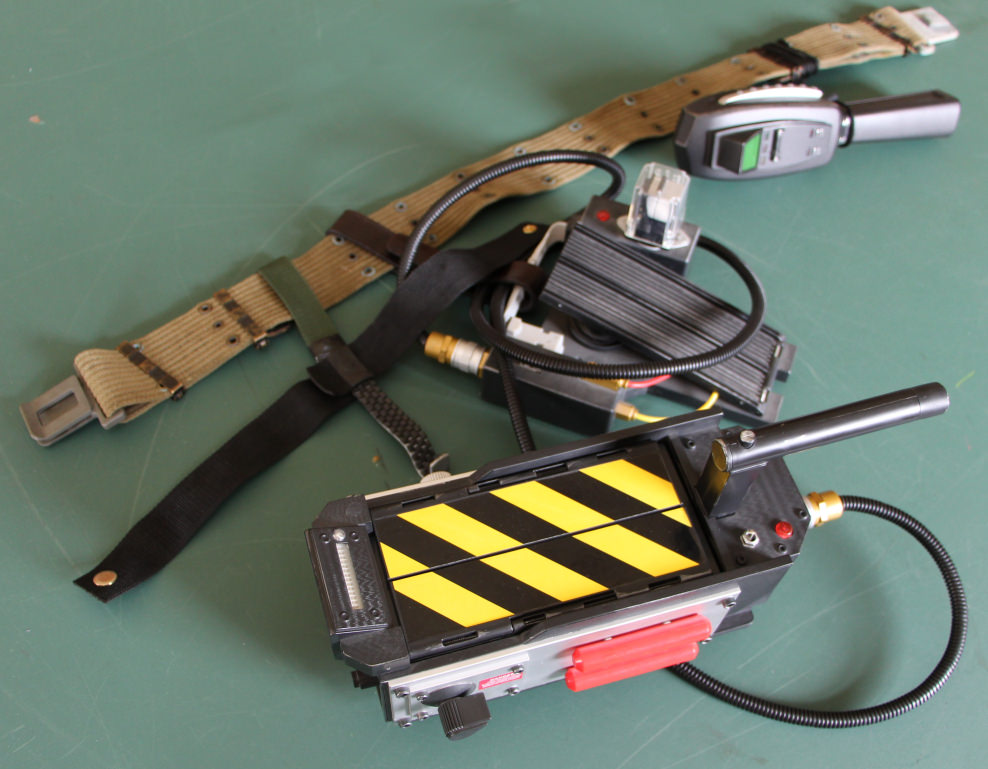 To hold the trap in place, I took a metal piece from a curtain rail wall mount, super-glued some non-slip grip to it and added a nylon strap with snap: 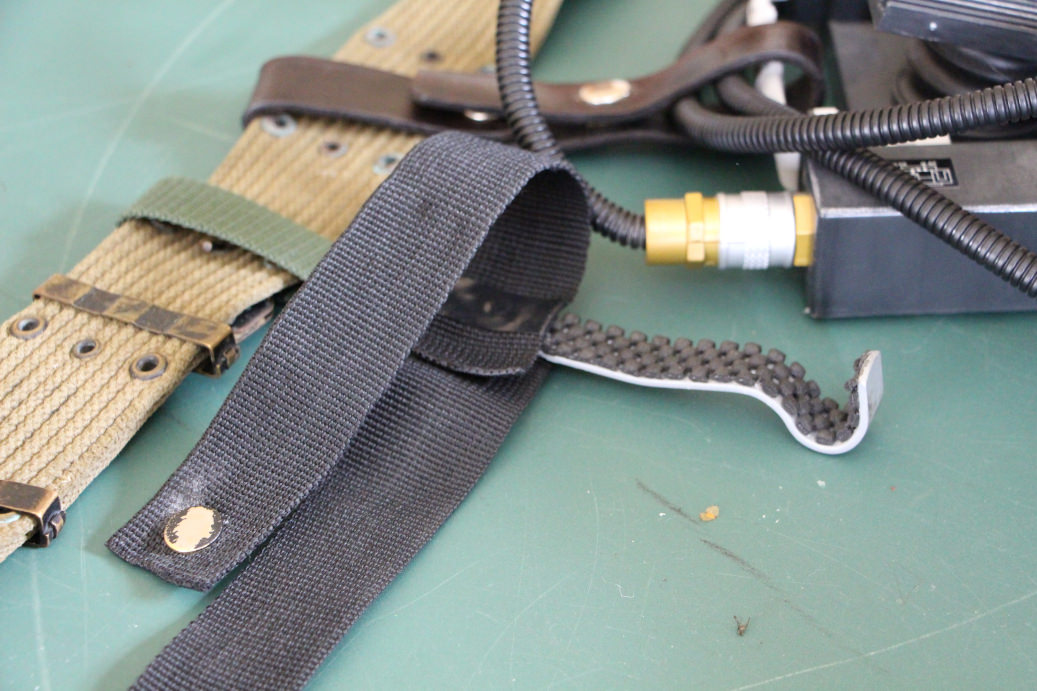 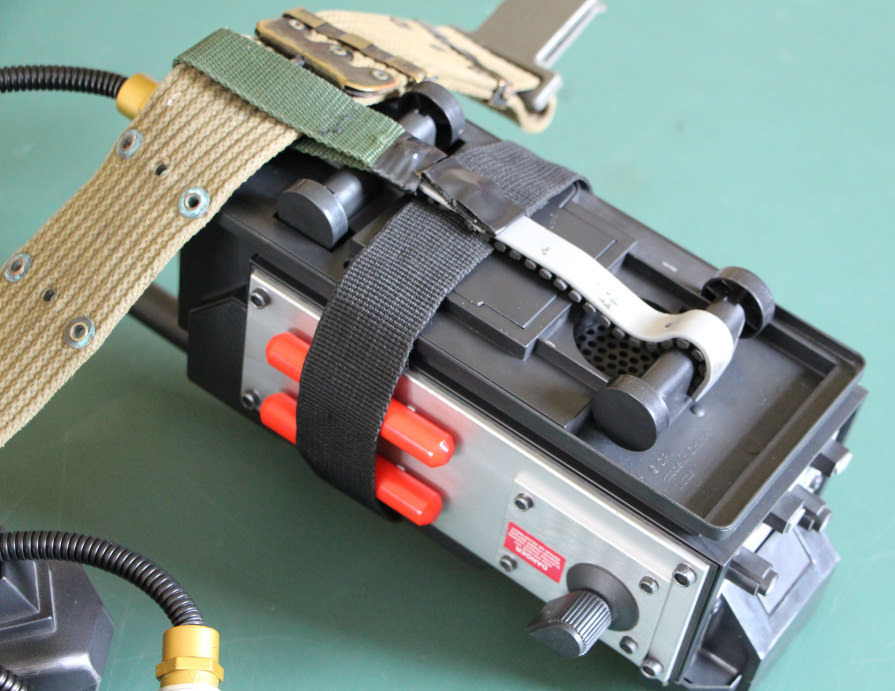 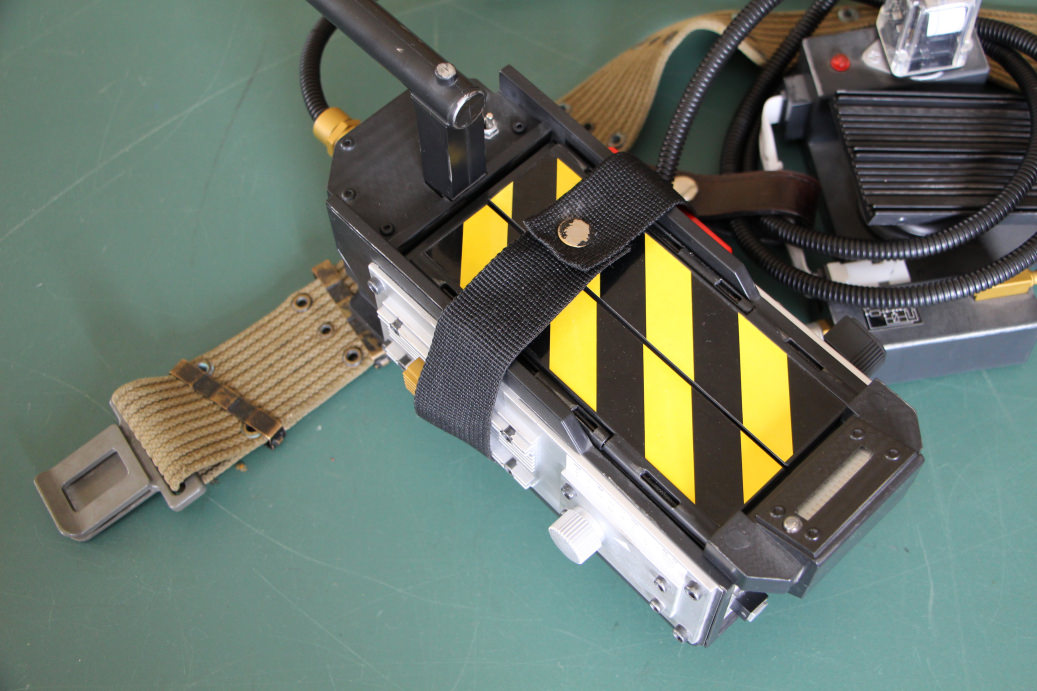 For the trap pedal and hose I simply used one of my bullwhip holders. I was going to make a holster for the PKE meter, but figured it would spend most of the party concealed, so instead I hung it from a cord with a toggle clamp: 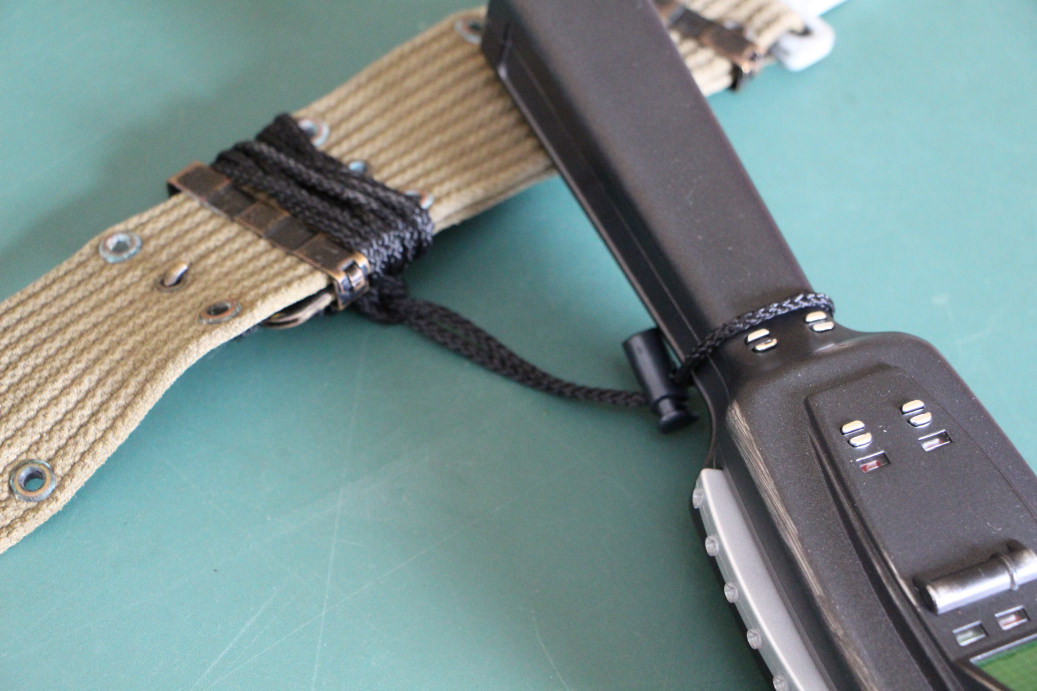 For the elbow pads, I took a grey knee brace, cut it in two and sewed up some quick pads using some grey fabric I had and foam inserts: 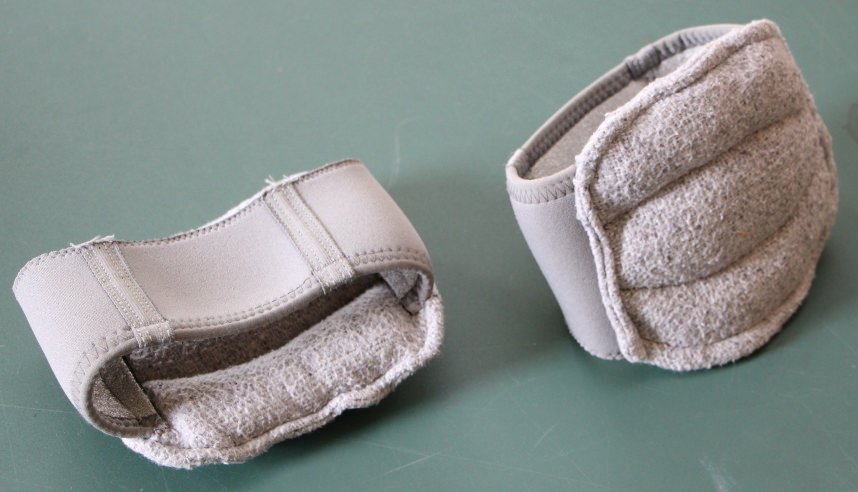 I took the Matty Ecto Goggles added some custom stickers (printed from the GB forums), did a little repaint, added chrome tape over the grey plastic and shortened the straps to sit better on top of my head. I also put a piece of black foam between them and my head, which made wearing them all night very comfortable: 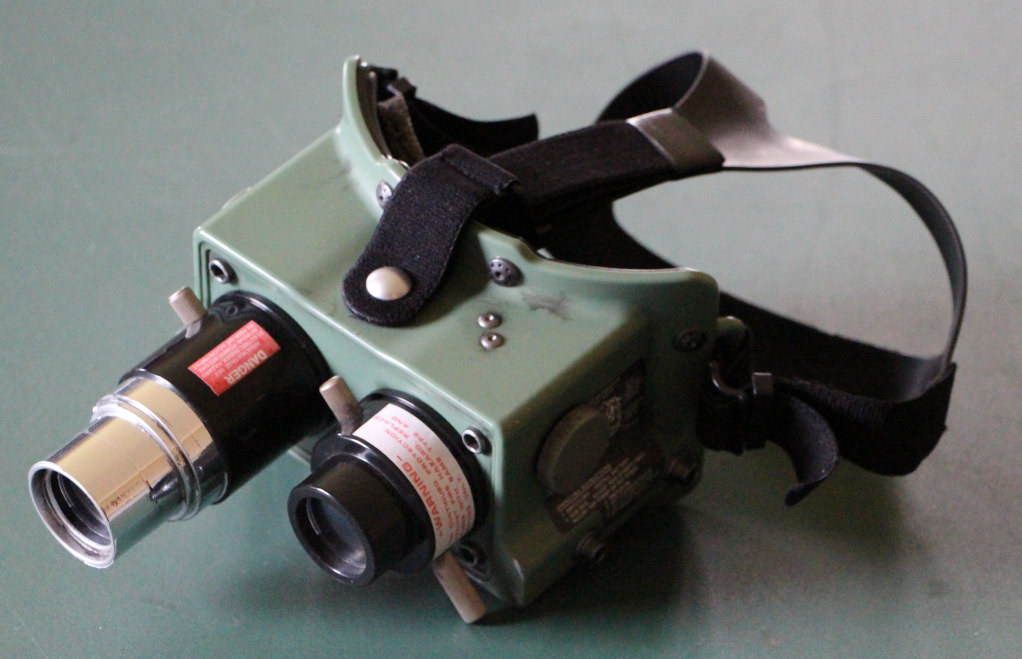 I had some black rubber gloves laying around, borrowed a pair of black army boots from a friend, grabbed a cigarette and voila!

The black undershirt was an added Easter Egg: 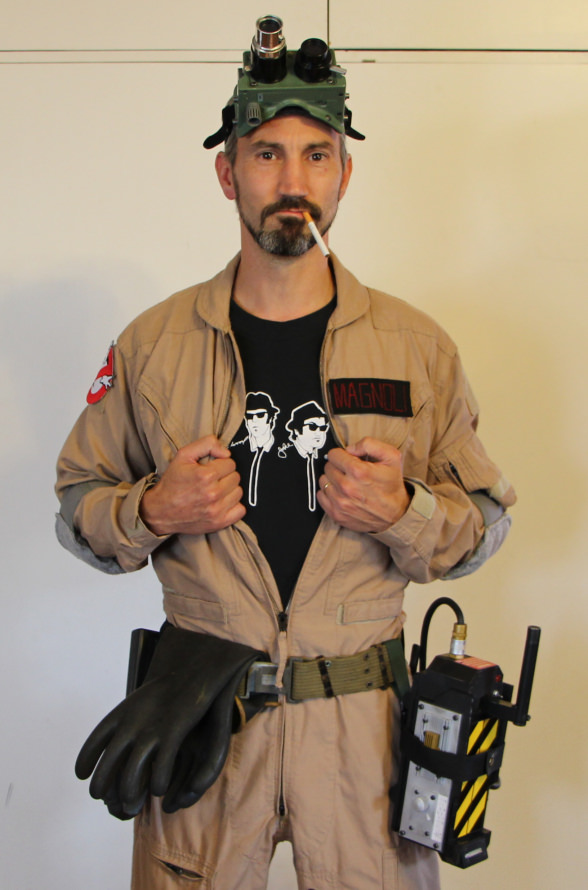 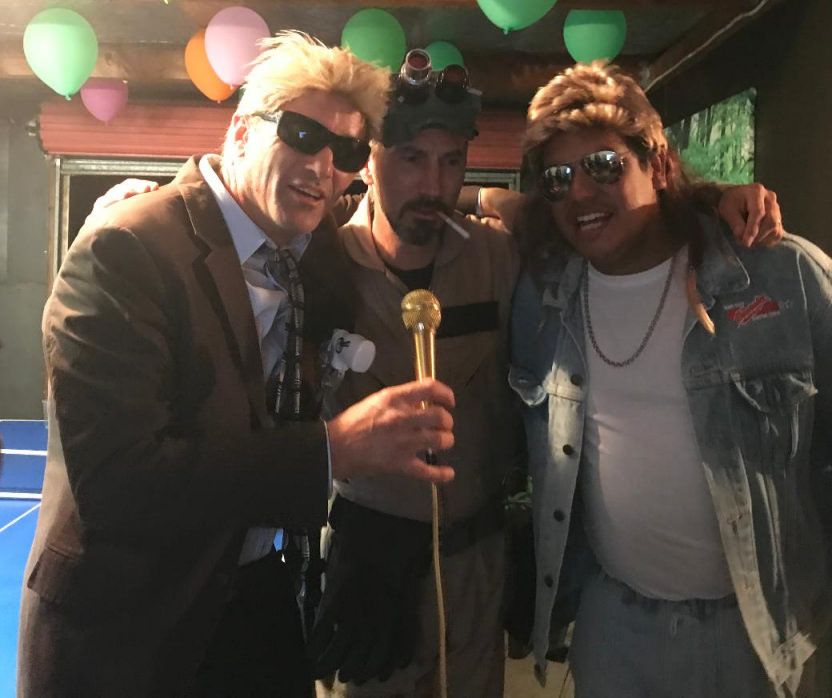 I lot of people asked if the props worked, so I had fun rolling out the trap, etc. Amazingly, not a single person asked where my proton pack was!

This is a really great build for something put together in such little time! The goggles are my favorite, they look badass. Great job! Nailed it. I know who I'm gonna call...

M
so I need a pair of jeans and .... (looking for recommendations)