Props that are useful

RPF PREMIUM MEMBER
Hi all
Was wondering if anyone here has a prop that besides being from a film can also be used on a day to day basis. For example..I have the light that was carried by Ripley and Bishop and I have used it during blackouts and for extra light while working around the house. I also have the orange handle knife Matt Damon uses in the Martian. Very sharp!

RPF PREMIUM MEMBER
That was my main focus for a while. Let's start with reproduction Indiana Jones ROTL jacket. I also have the 9th Doctor WHO leather U-boat jacket, both original 1940 issue and replica, That are my favorite cool weather jackets. From Burn Notice TV show I daily wear the Chase Durer watch Jeffrey Donovan sported and often wear the same Oliver Peoples Sun glasses.
2 other practical items I own and I am selling right now in the Junkyard section from Men in Black 2... The Ray Ban sunglasses and Hamilton Ventura watch. as worn by Will Smith.

RPF PREMIUM MEMBER
I sport my Alden 405's every chance I get for Indy lovers..

RPF PREMIUM MEMBER
I drink coffee out of The Flash CC Jitters mug almost everyday. I have a MIB Hamilton Ventura and Omega Seamaster from Quantum of Solace for watches, the latter more daily and the former for my formal occasions. I wear Michael's sunglasses from The Lost Boys and Tony Stark Civil War glasses. I have more Tony Stark glasses but unfortunately I look like a pimp in most of them.

RPF PREMIUM MEMBER
Watches are great to have and tend to hold value if they are decent pieces to begin with.
Most costume wear is not bad unless it is over the top in design. I wear my Stargate jacket out on a regular basis. Same for my Indy jacket.

My current edc pack is a German ruck like the one used in Pacific Rim.
The pack I used before that was one used in JP3.
I also have flatware used in 2001, ST-voy.
Thermos use on ST-TNG.
A2, M65 jackets.
Indy bag.
Etc...

RPF PREMIUM MEMBER
To many to list but some that are usually on my person are my Rolex Submariner, Magnum P. I. Team Ring, and a S & W 645 carried in a Jackass Rig

RPF PREMIUM MEMBER
I have a Space 1999 stun gun with a working laser. Great for herding the cats

I love my leather Han Solo jacket replica from TFA I wear my replica boots from The Mandalorian also.

Alan Grant's folding hand shovel from Jurassic Park. He never uses it, or even takes it out its holster; and you can't even tell what it is in the movie without freeze-framing and closely inspecting it. But you can do some gardening with it, or scoop pinto beans into a bag at the grocery store.

fiercepierce said:
I love my leather Han Solo jacket replica from TFA I wear my replica boots from The Mandalorian also.
Click to expand...

Mandalorian boots !!! What boots are those then ? I would like to know if you would kindly share

RPF PREMIUM MEMBER
Sunglasses I wear vary from Persols used in T-2, and Miami Vice, to my current everyday pairs of Wiley X so I never have to switch out Shades at the Range

Gladly! My boots are from CROWPROPS.

- Lighters can be useful. I own numerous movie-featured ones that could be used every day (I don't smoke, so I don't need anywhere near that many). I just got one from Inglourious Basterds (1936 Zunder 1000 lighter from the Berlin Olympics a few years before WWII), for example.

There's Elsa's Lucky Zippo from Last Crusade, Marion's IMCO Super 6700 from Raiders, the Colibri Moelectric 88 from The Man With The Golden Gun, the Dunhill Unique (from Russia With Love and The Roaring 20s and the Unique Sport model in Die Another Day), The Colibri lighter Rachel uses in Blade Runner, etc. etc.


- I've got two knives from Indiana Jones (Indy's knife from Raiders and Mutt's knife from Crystal Kingdom) that are the real thing.

- There are functional sword replicas (from Conan and other movies) (not sure how 'useful' they are in this day and age, but you never know).

- I've got whiskey bottles and glasses from Indiana Jones movies and Blade Runner 2049. I use some for display and use the others as functional glasses.

-You could also get things like classic cameras used in movies (e.g. My Canon F-1 the character Sue Charlton used in Crocodile Dundee) that could be used every day (yes you can still get 35mm film).

-There's also replica working guns for those that live in countries that are allowed to collect them (e.g. Indy's S&W M1917 Revolver or Browning HP from Raiders of the Lost Ark, for example).

I took the cover artwork of three Back to the Future paper props (that I found in these forums) and printed notebooks which I use in everyday life. 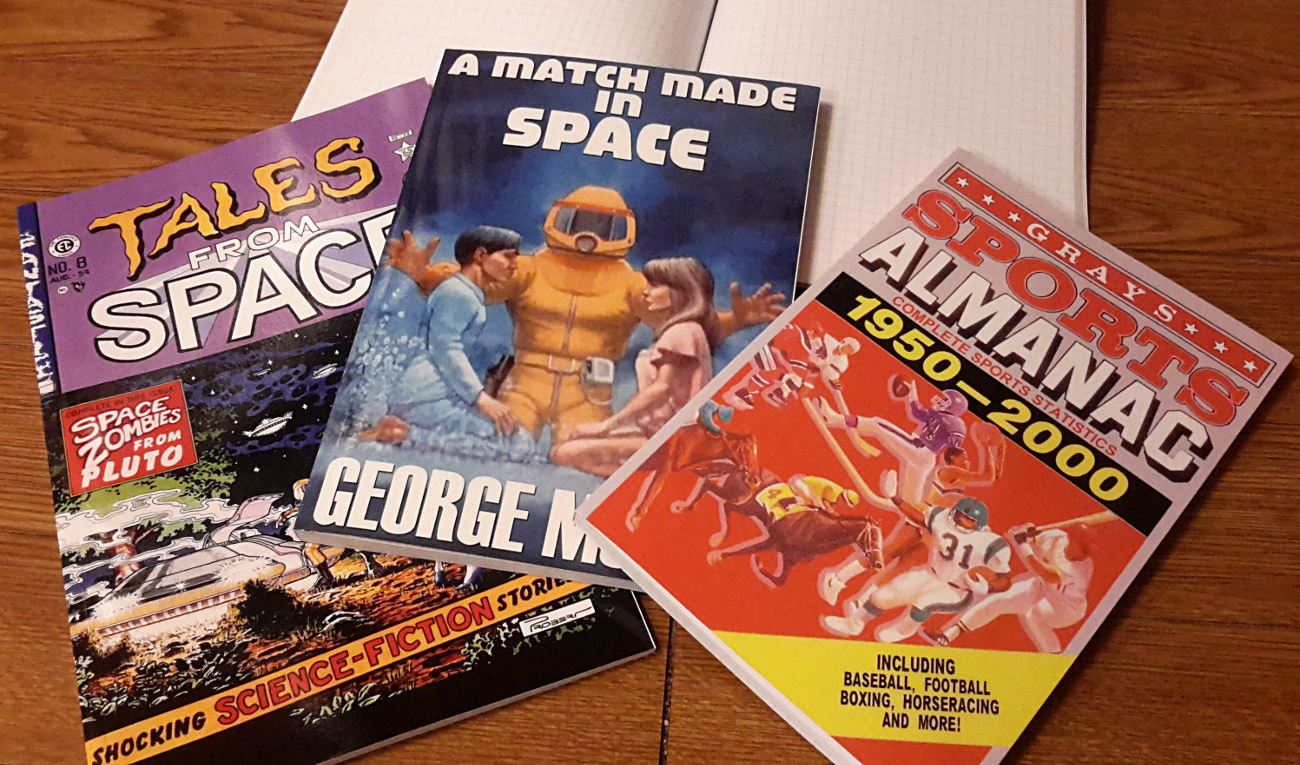 Apollo said:
Sunglasses I wear vary from Persols used in T-2, and Miami Vice, to my current everyday pairs of Wiley X so I never have to switch out Shades at the Range
Click to expand...

Wileyx glasses are great. I have a pair for my Harley.

propmainiac said:
Wileyx glasses are great. I have a pair for my Harley.
Click to expand...